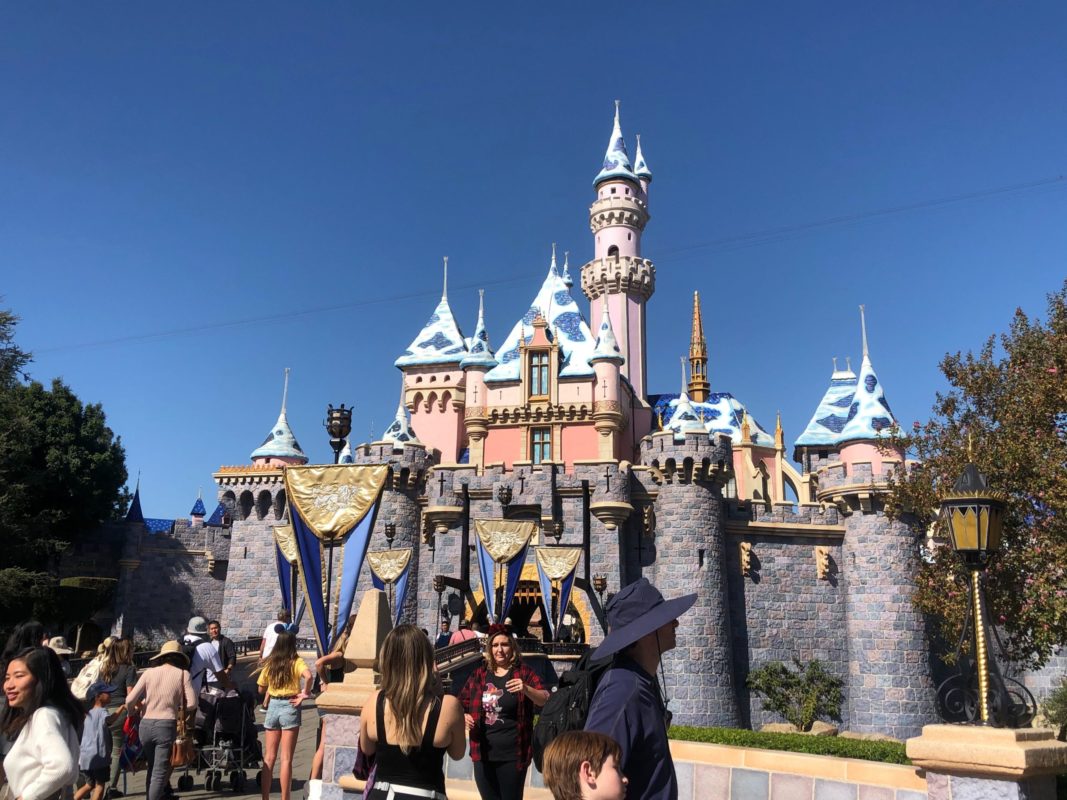 As spooky as Halloween time can be, perhaps the scariest thing of all is that once it’s over, the holiday blitz begins. And ahead of “the most wonderful time of the year,” even more turrets are covered with snow at Disneyland’s Sleeping Beauty Castle. 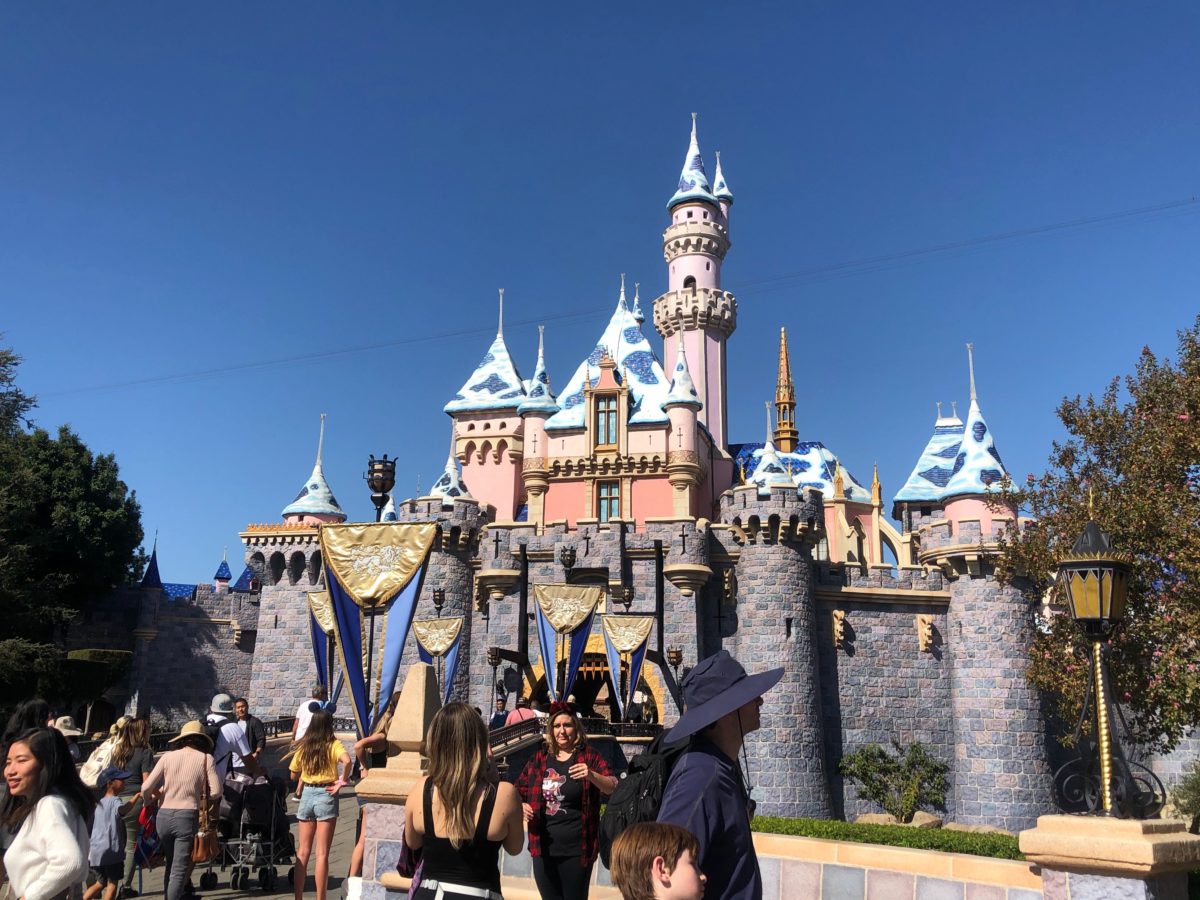 Just a few days after we first reported that “snow” was covering the first turrets in the center of the castle, the icy treatment has been expanded outward, reaching most of the larger turrets visible from the park’s hub. 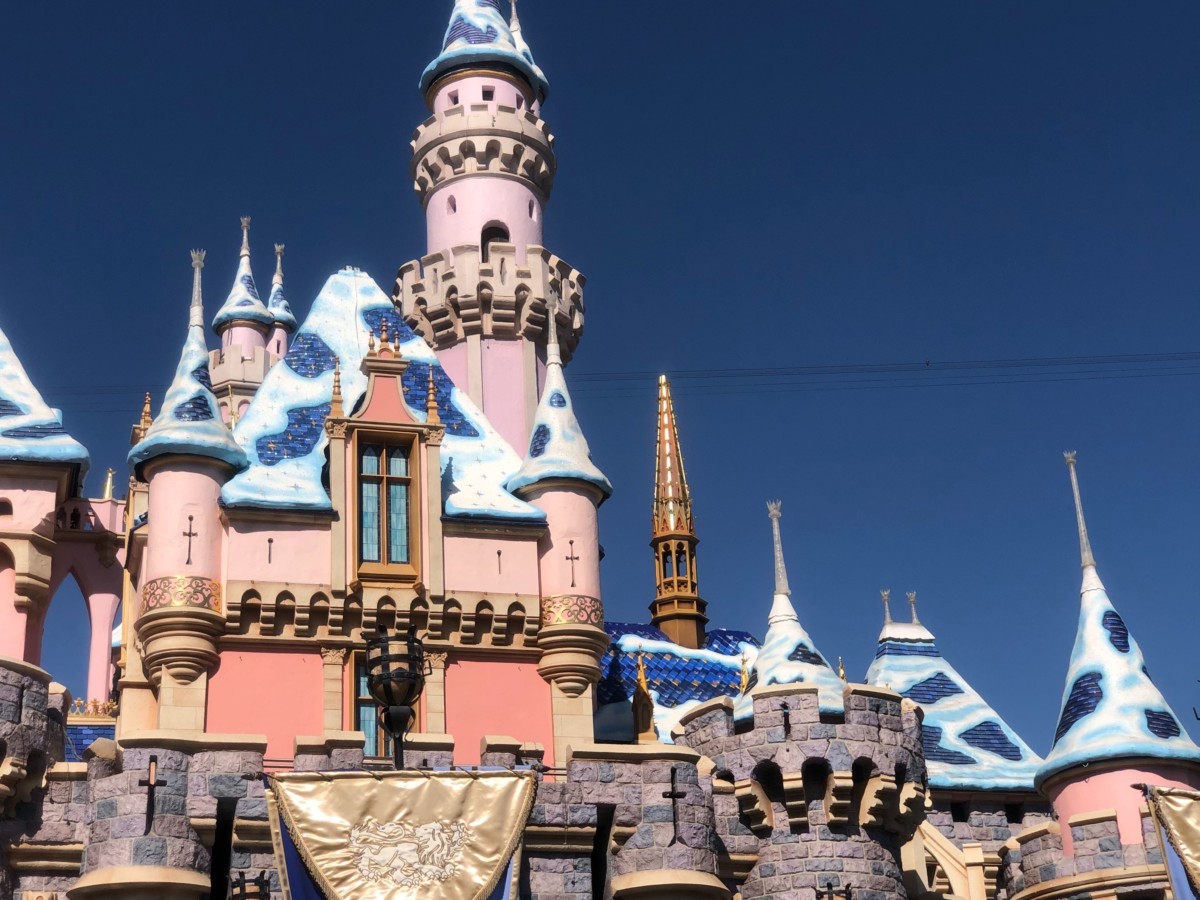 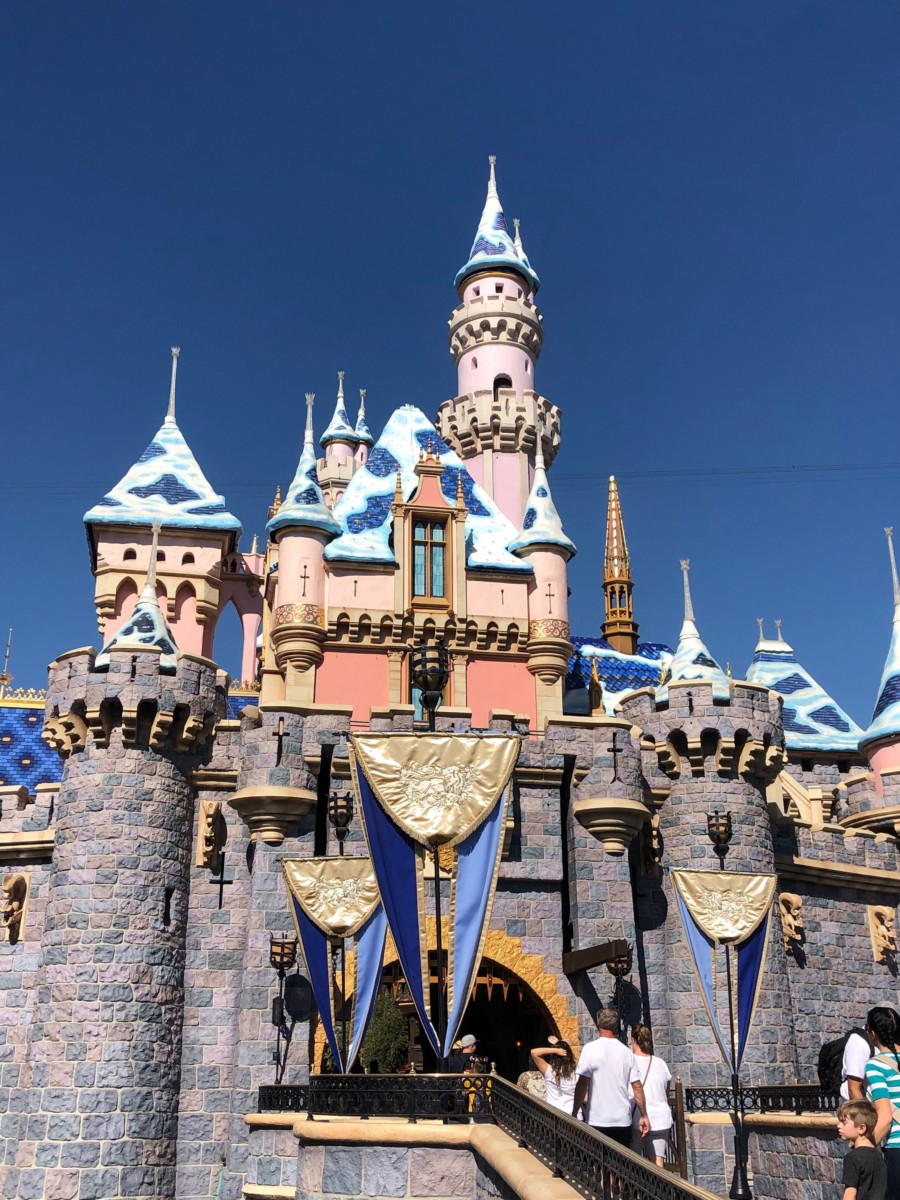 As is visible in the following two pictures, there’s still some work left to be done before the castle is “snowed over.” The furthest turrets from the center are still snowless. 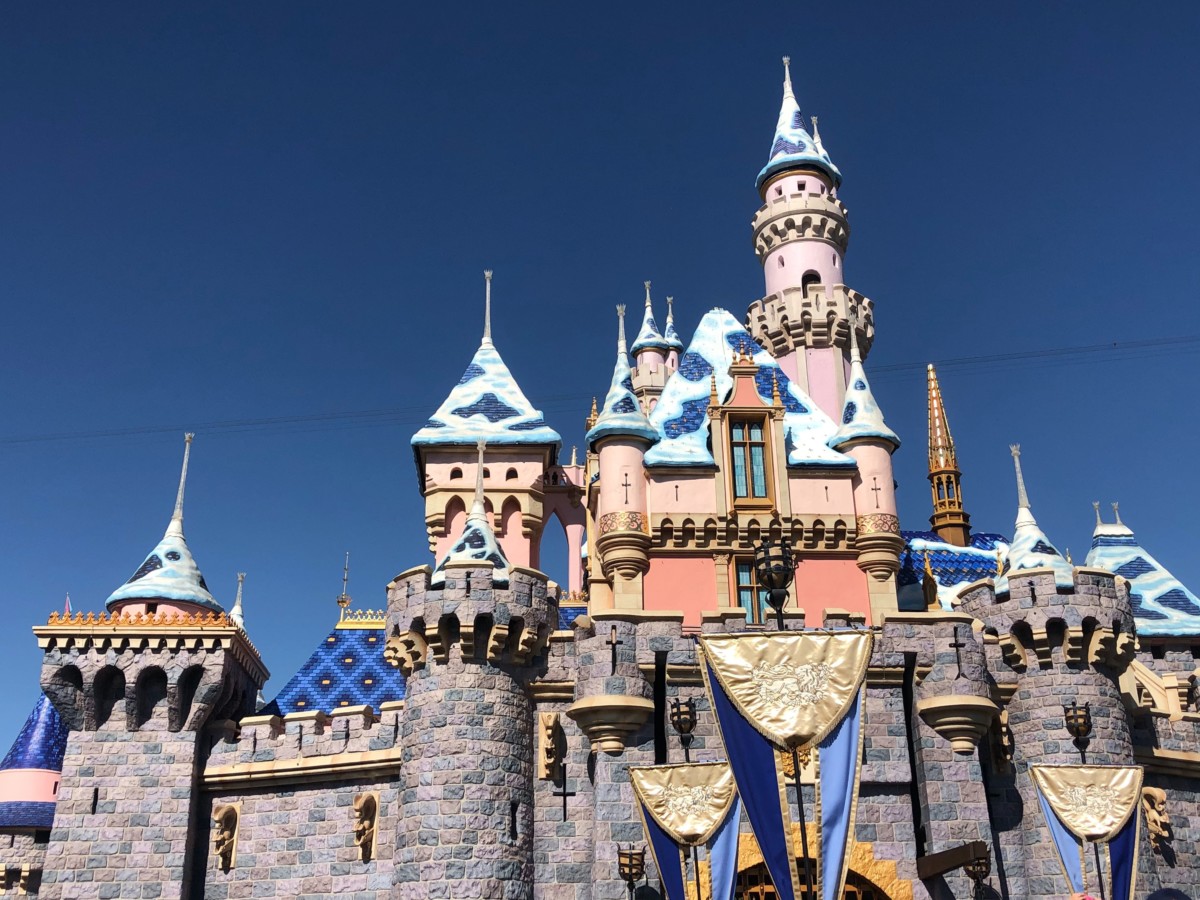 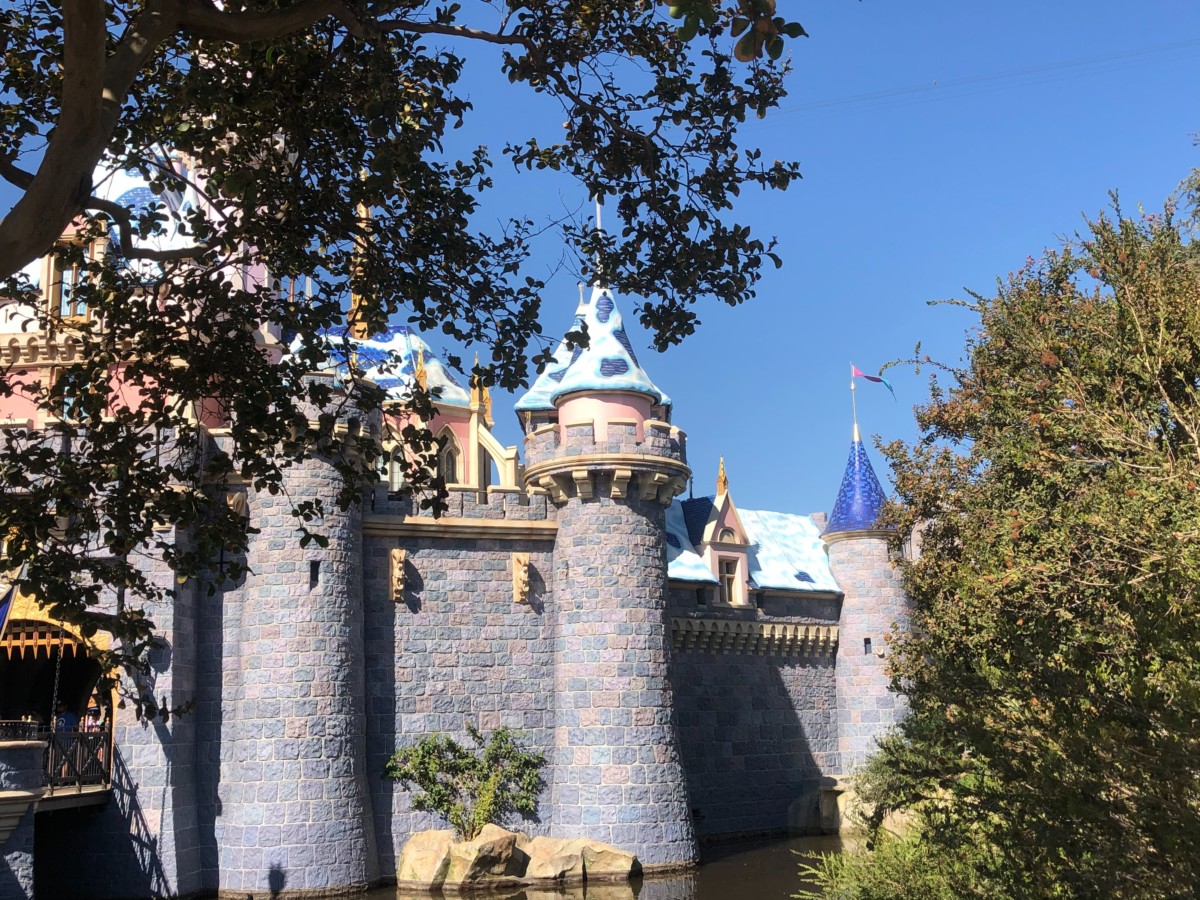 After the “snowstorm” is finished, wreaths and glowing icicle lights will adorn the castle to complete the yuletide transformation. 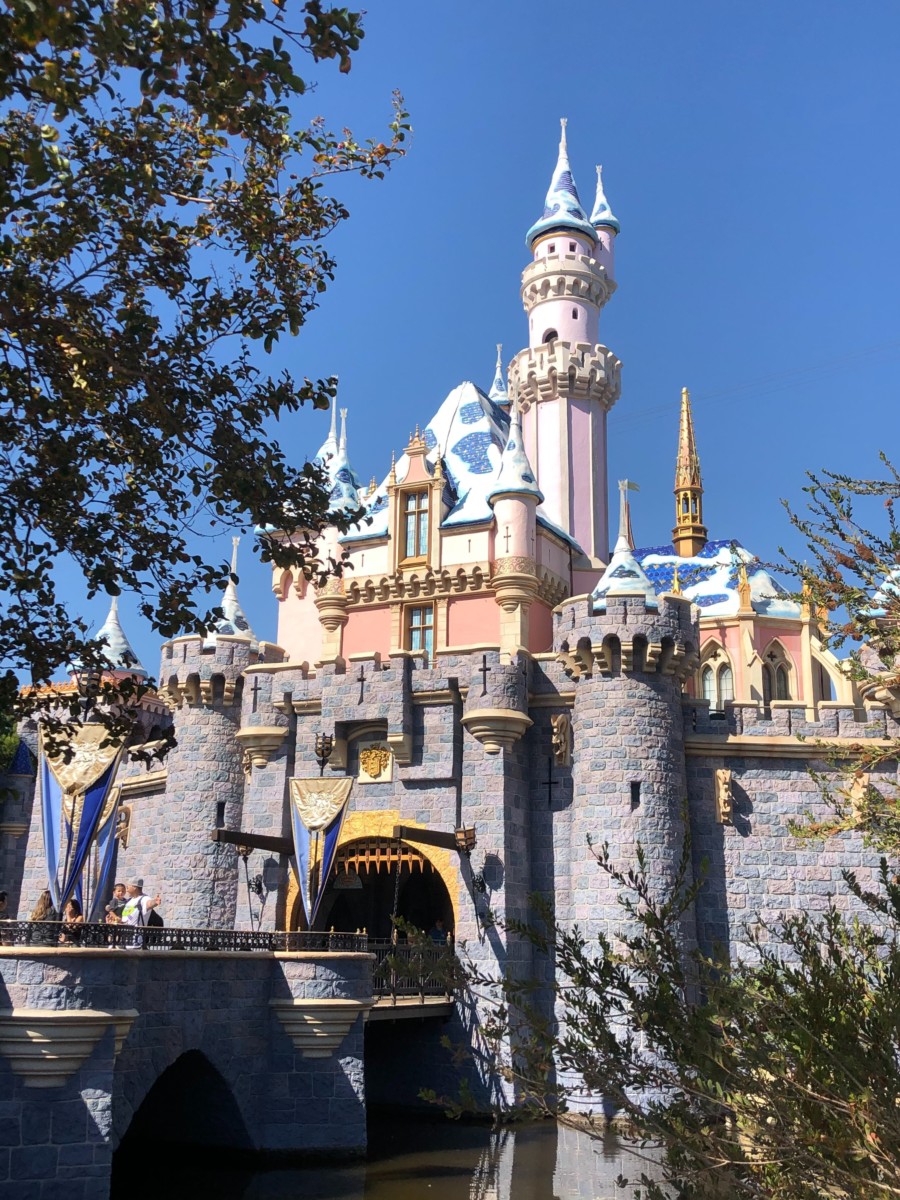 Like the center turrets, the snow features a light coating of pixie dust, assuring that the magic of the holiday season isn’t far away at all. 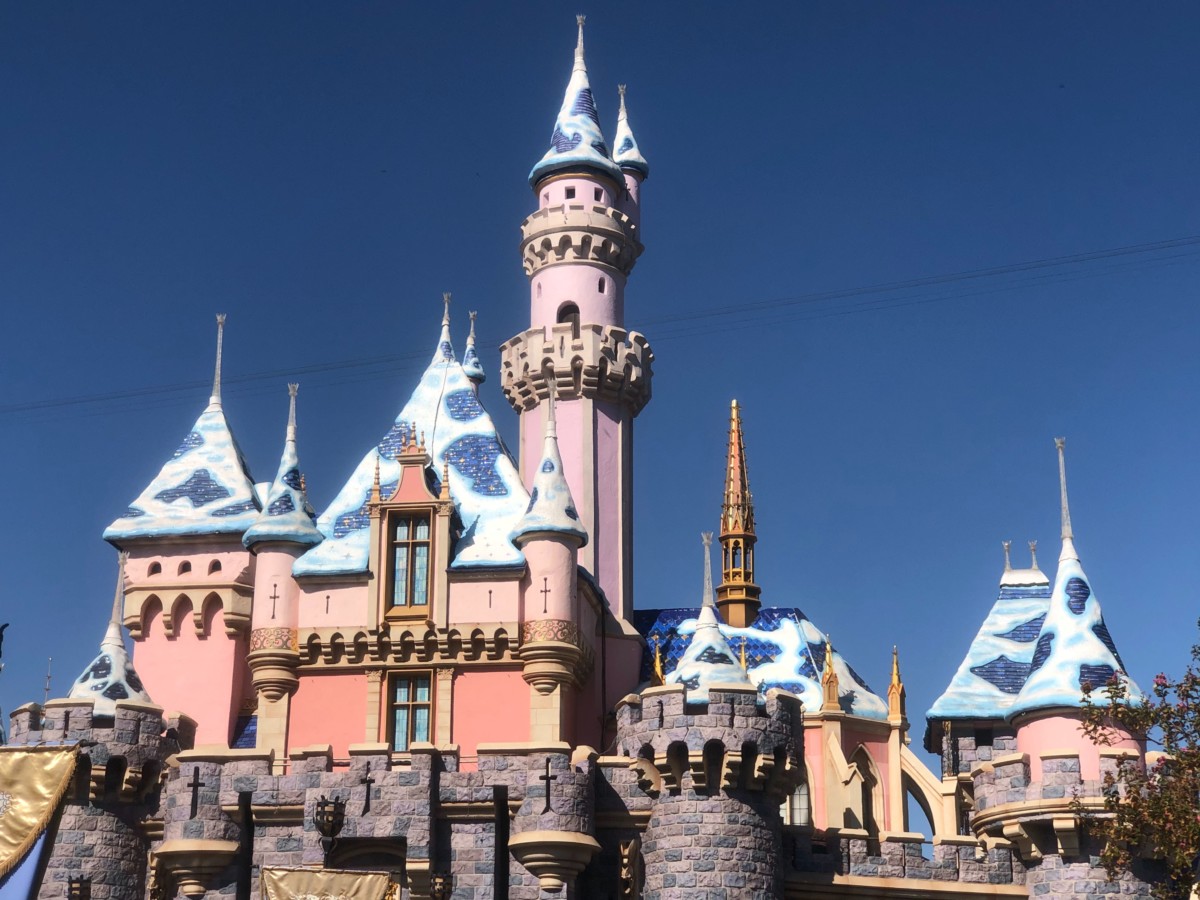 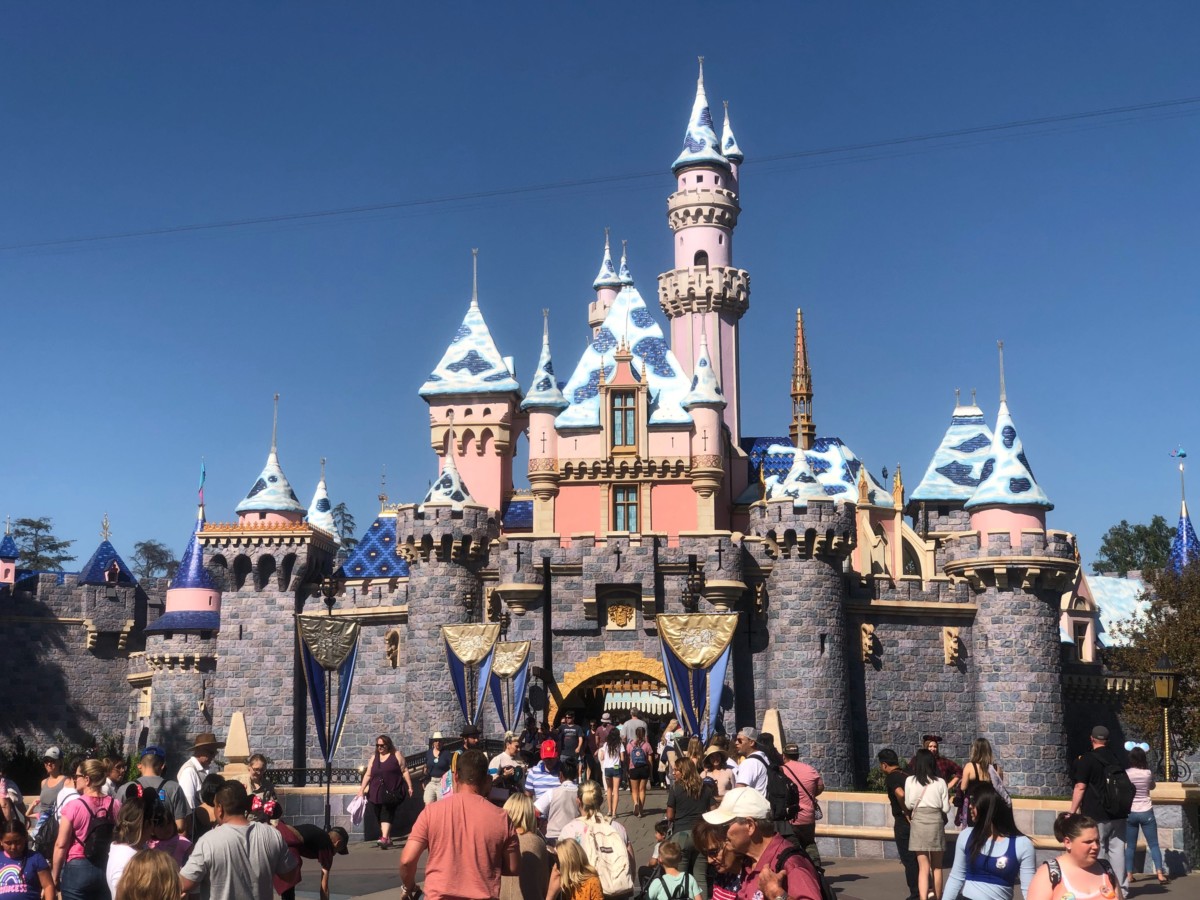 Here’s a better look at the “snow.” Keep an eye out for the pixie dust on top! 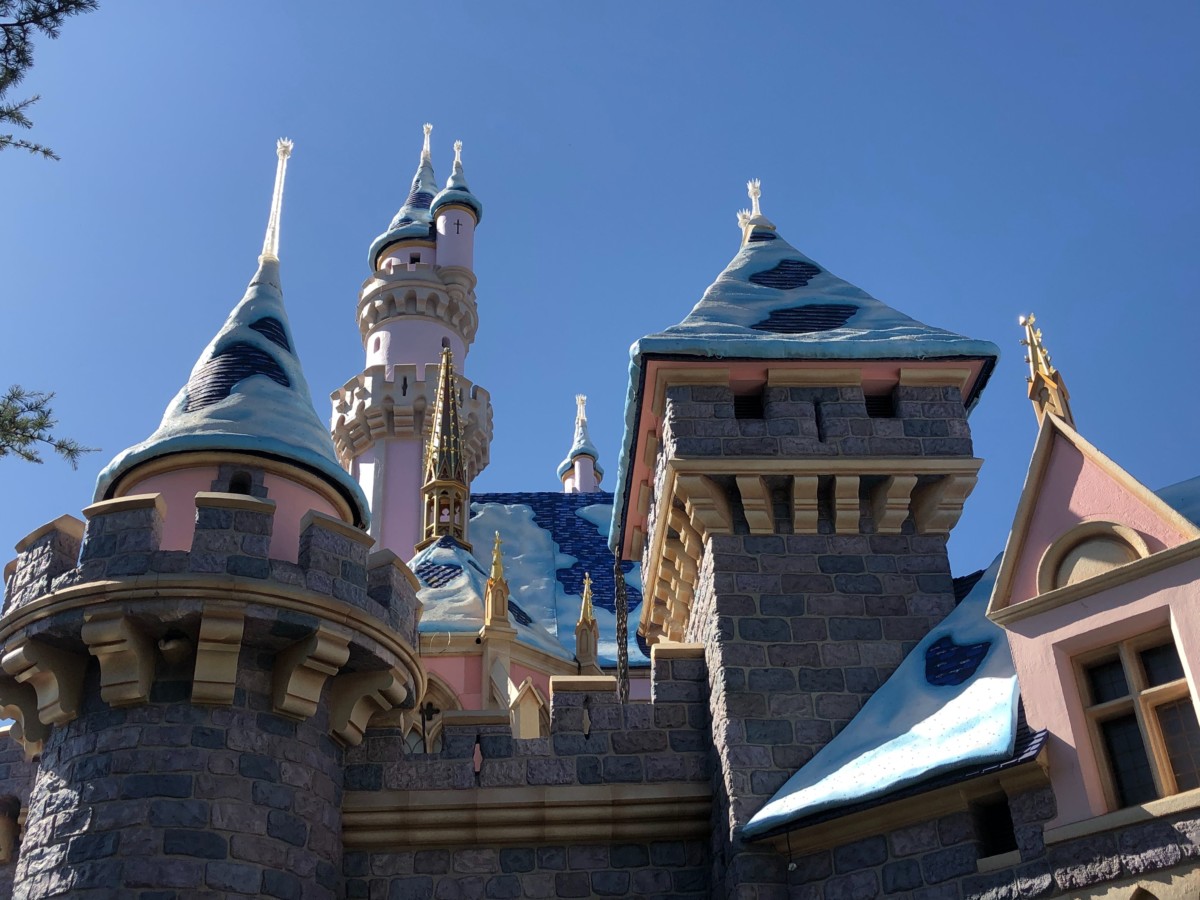 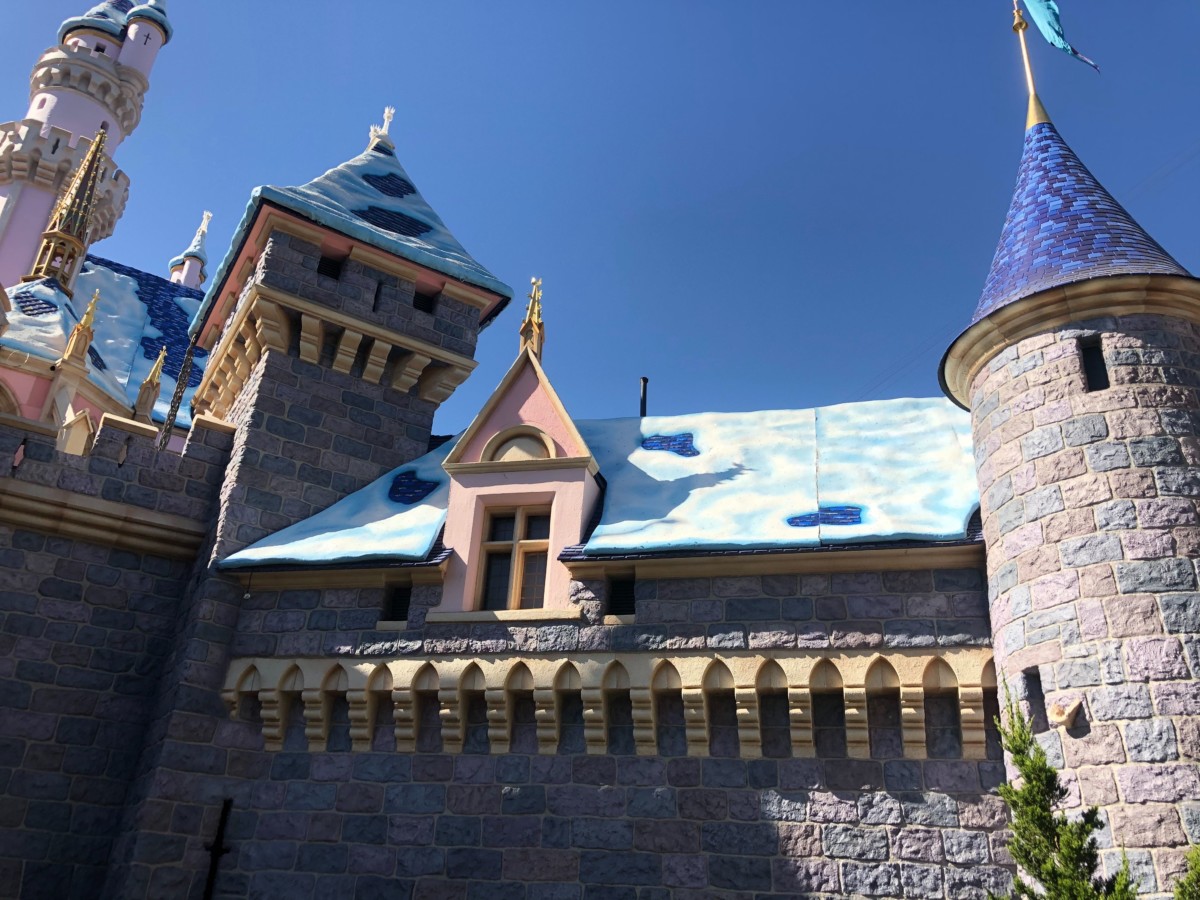 The seams on the snow are a tell-tale sign of how it gets installed in sections across the roofs of the castle. 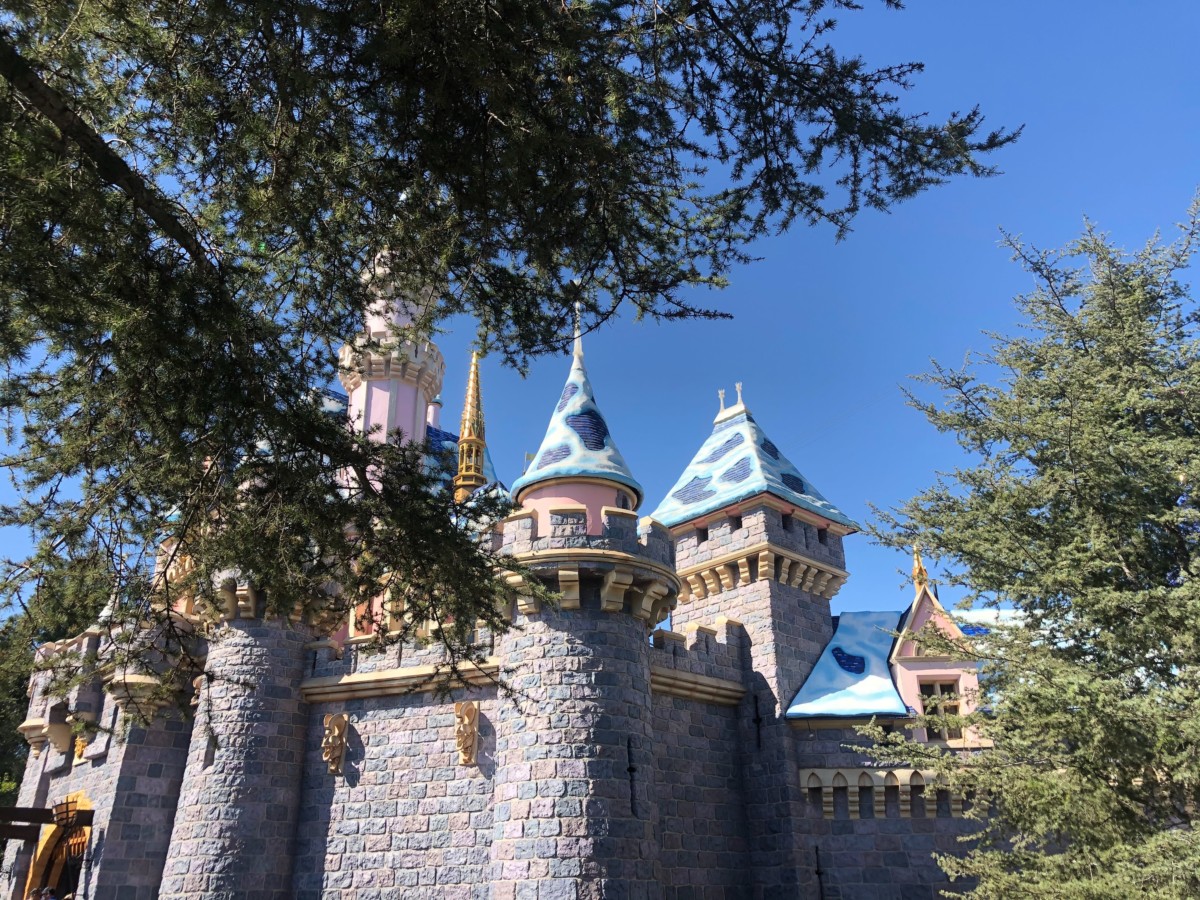 This will be the first holiday transformation of Sleeping Beauty Castle since it reopened following a massive refurbishment in May. 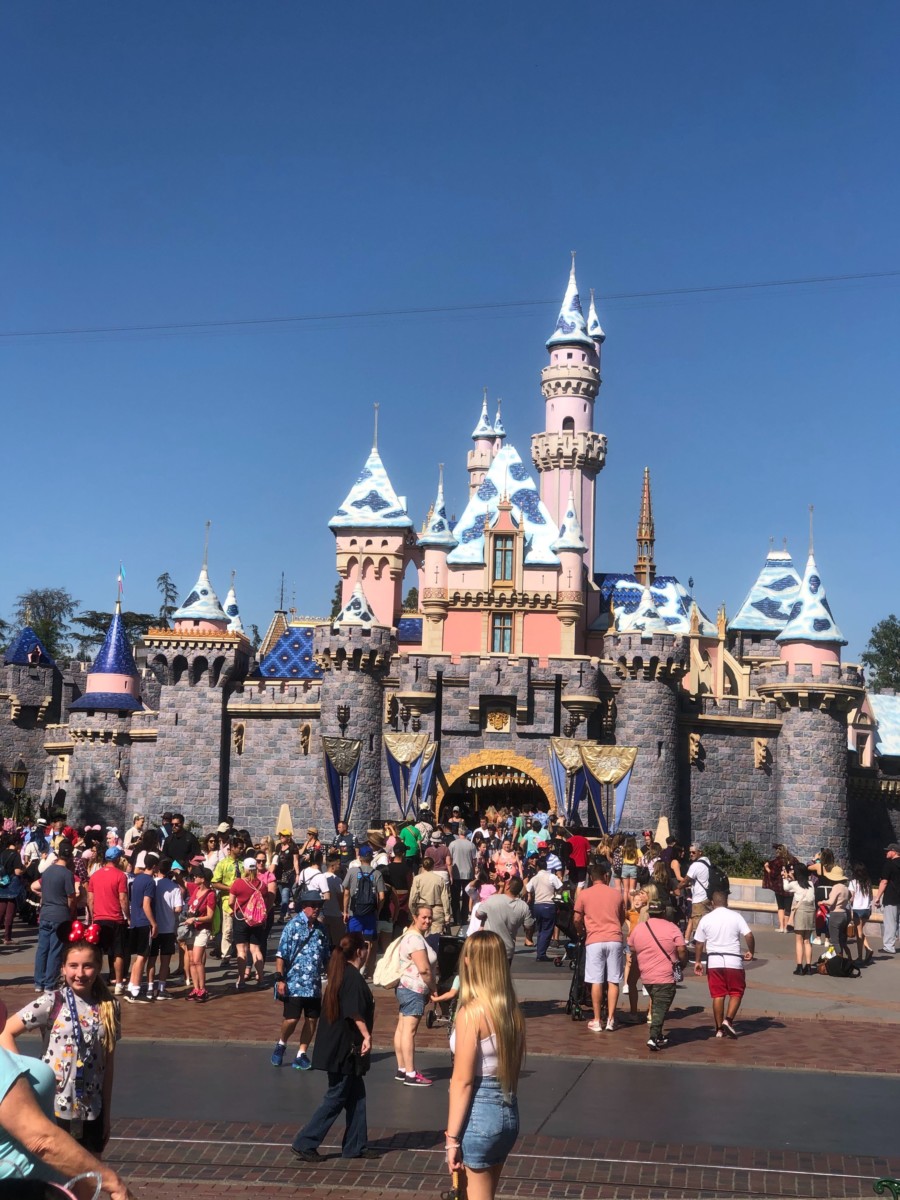 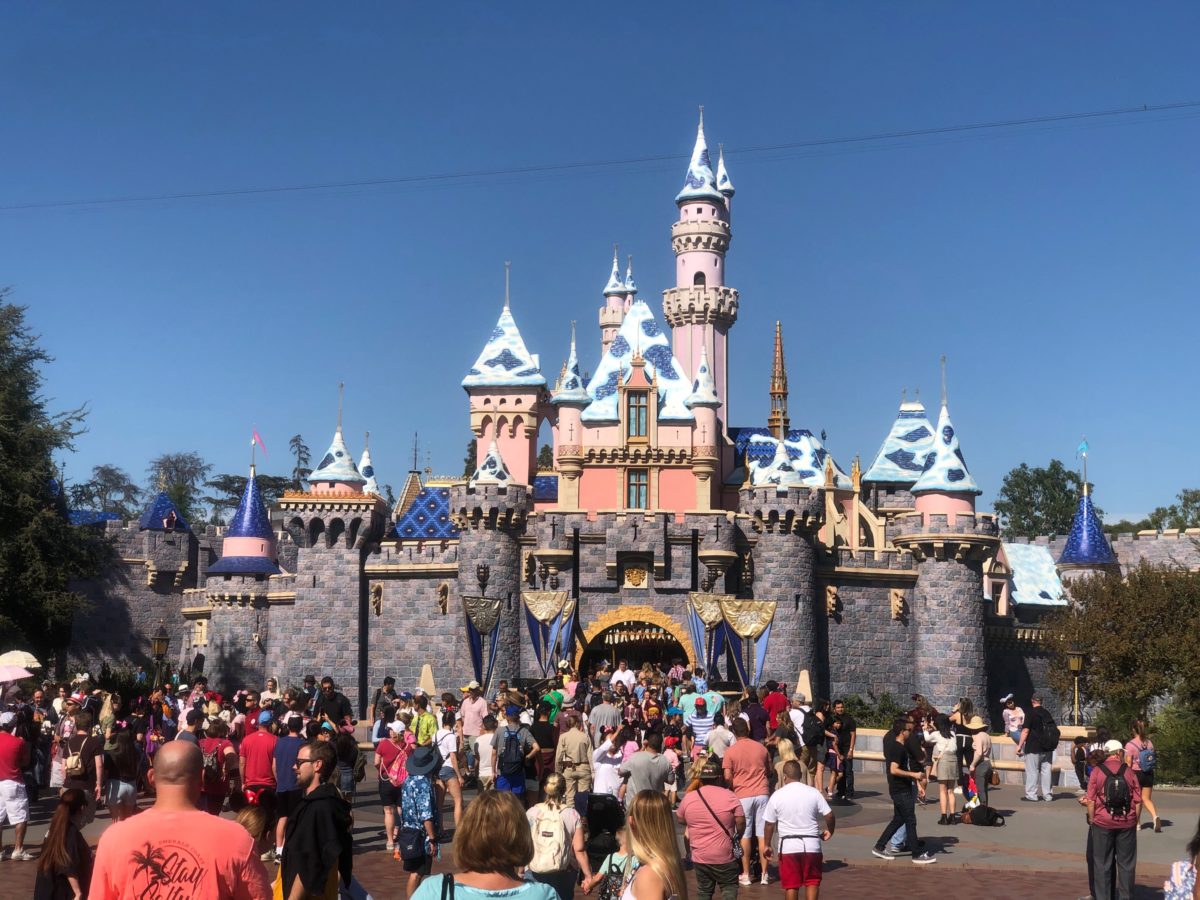 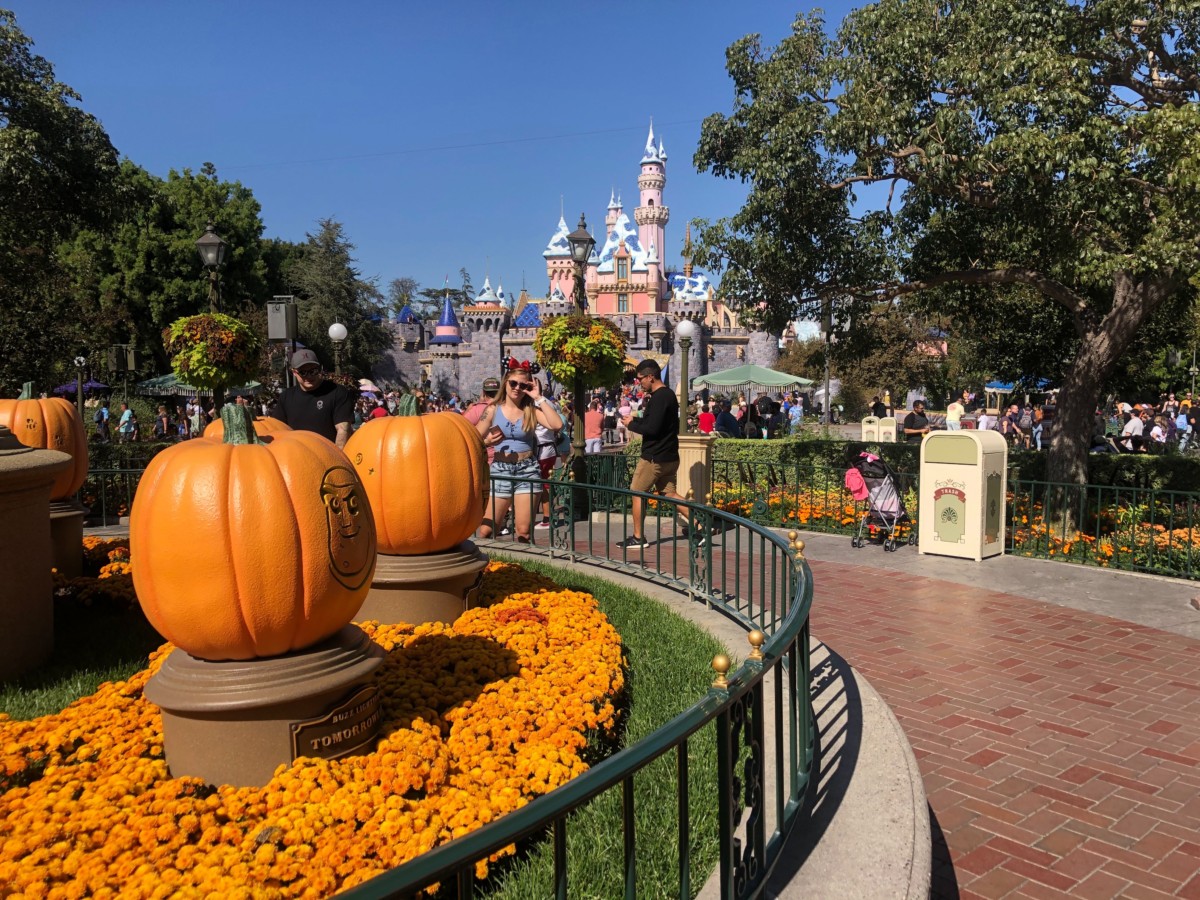 Yes, your eyes don’t deceive you: there are currently both jack-o-lanterns and snow at Disneyland. Jack Skellington would be proud.