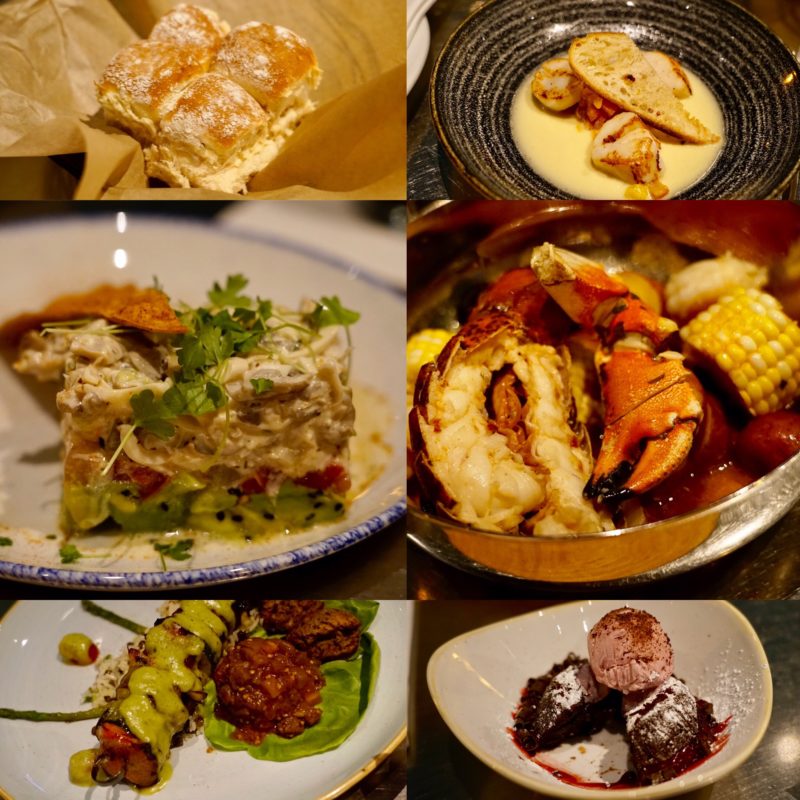 We’re back under the sea at Coral Reef Restaurant to try some of the new offerings on the menu, including some plant-based vegan options and even some special early releases of the exclusive, limited-time The Little Mermaid 30th Anniversary menu, which officially begins tomorrow. 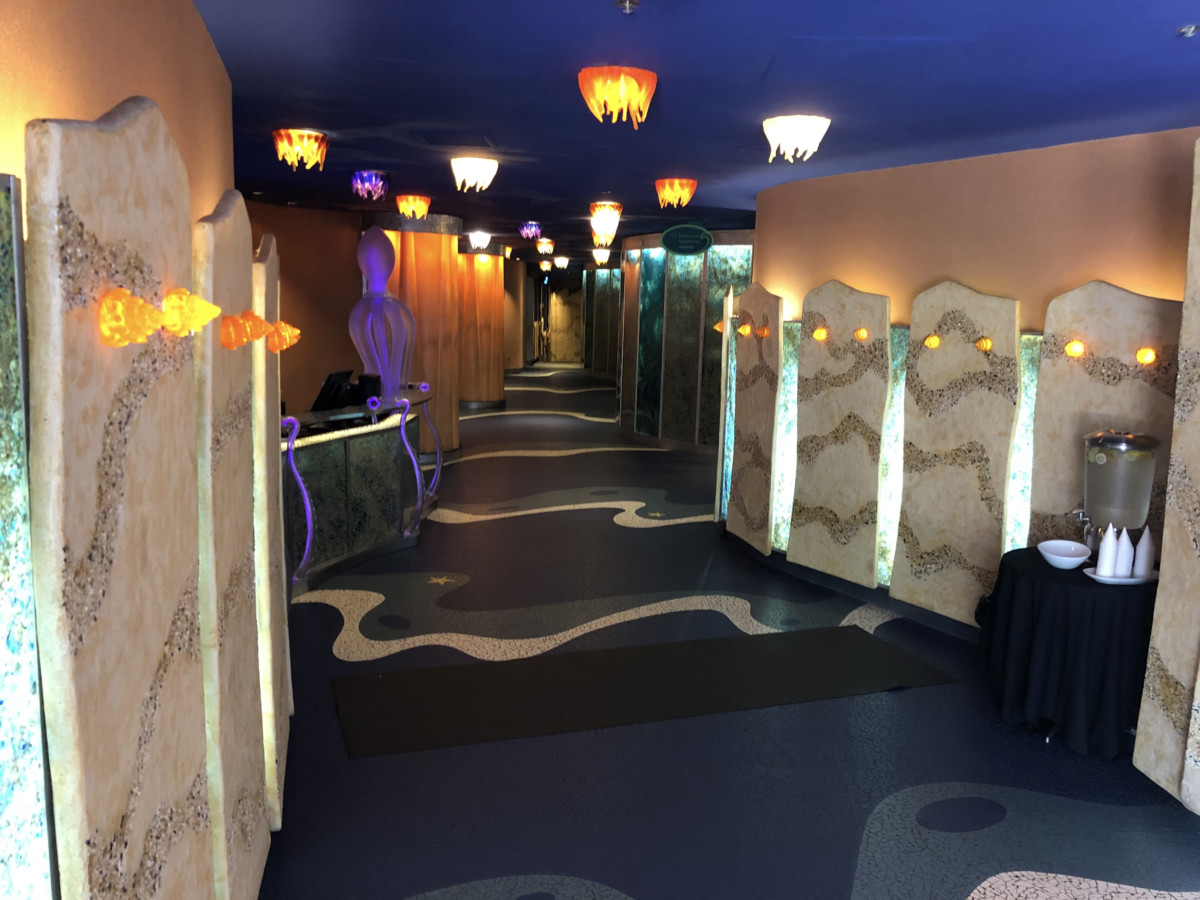 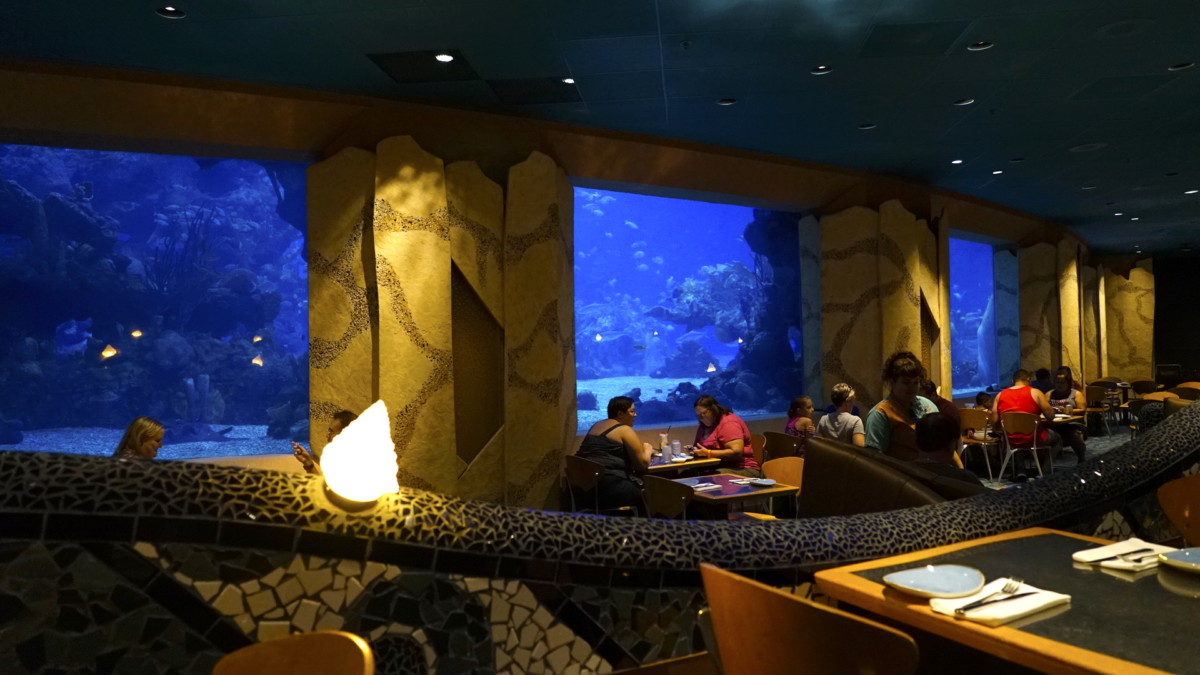 It’s been a minute since we last wrote about a meal at Coral Reef, so here’s some context from our last review:

Coral Reef is a table service restaurant at Epcot. It’s located in Future World in The Sea With Nemo and Friends pavilion, off to the back right side. The restaurant is situated on a stadium-style seating arrangement facing gigantic glass windows into the main aquarium of The Seas. It’s really a gorgeous view, regardless if the decor of the restaurant is stuck in the late 90s.

And now, onto the menus: 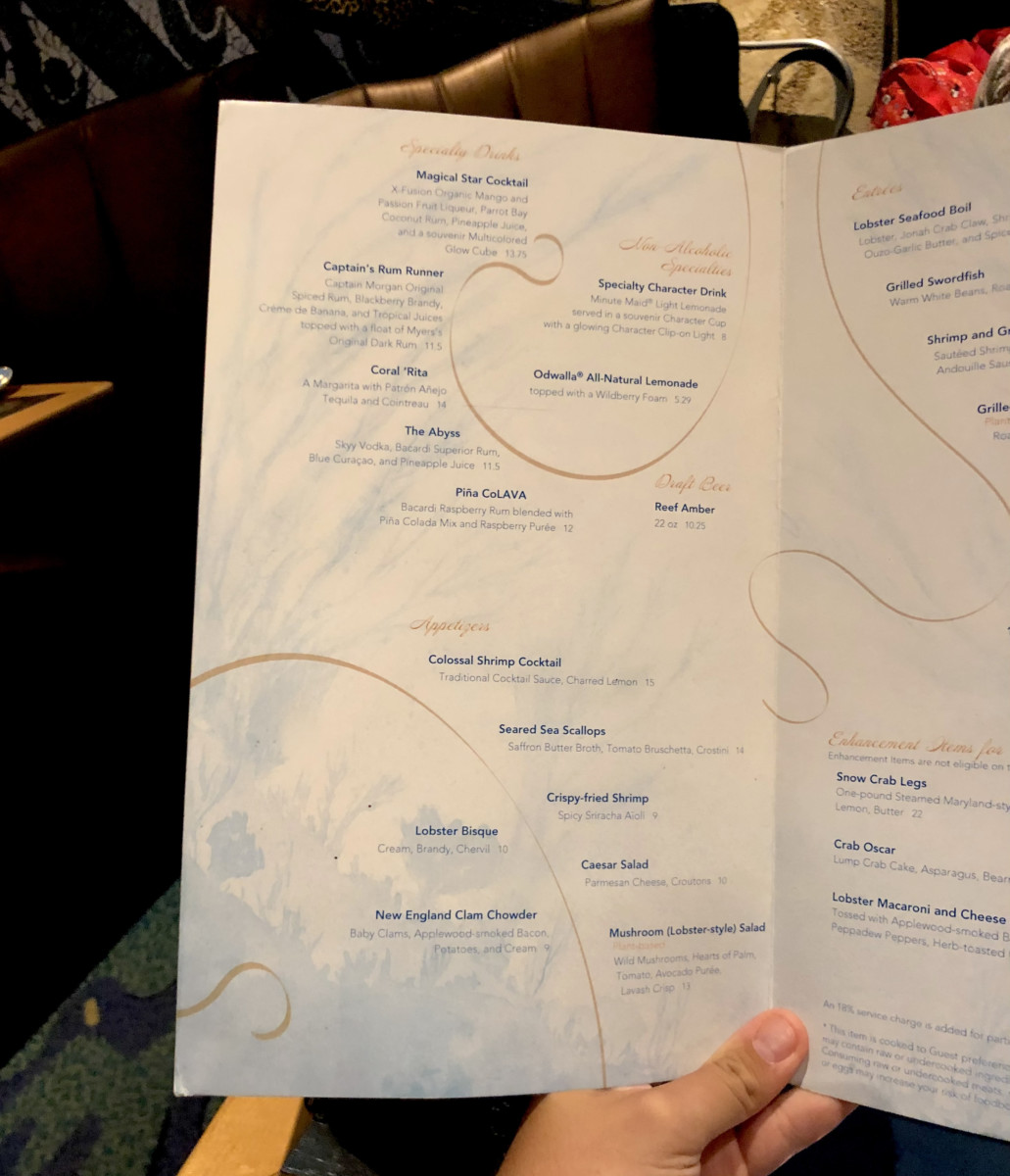 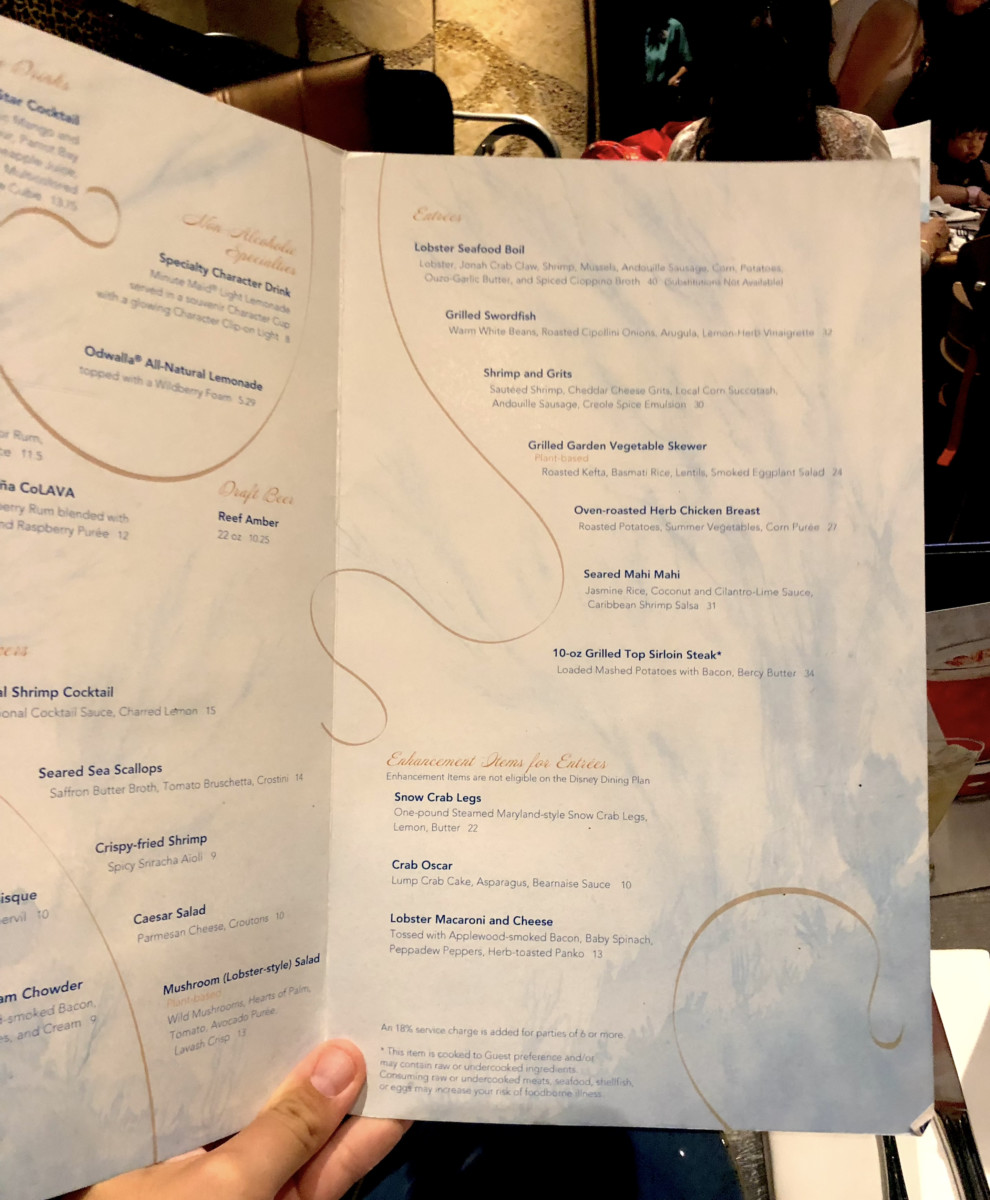 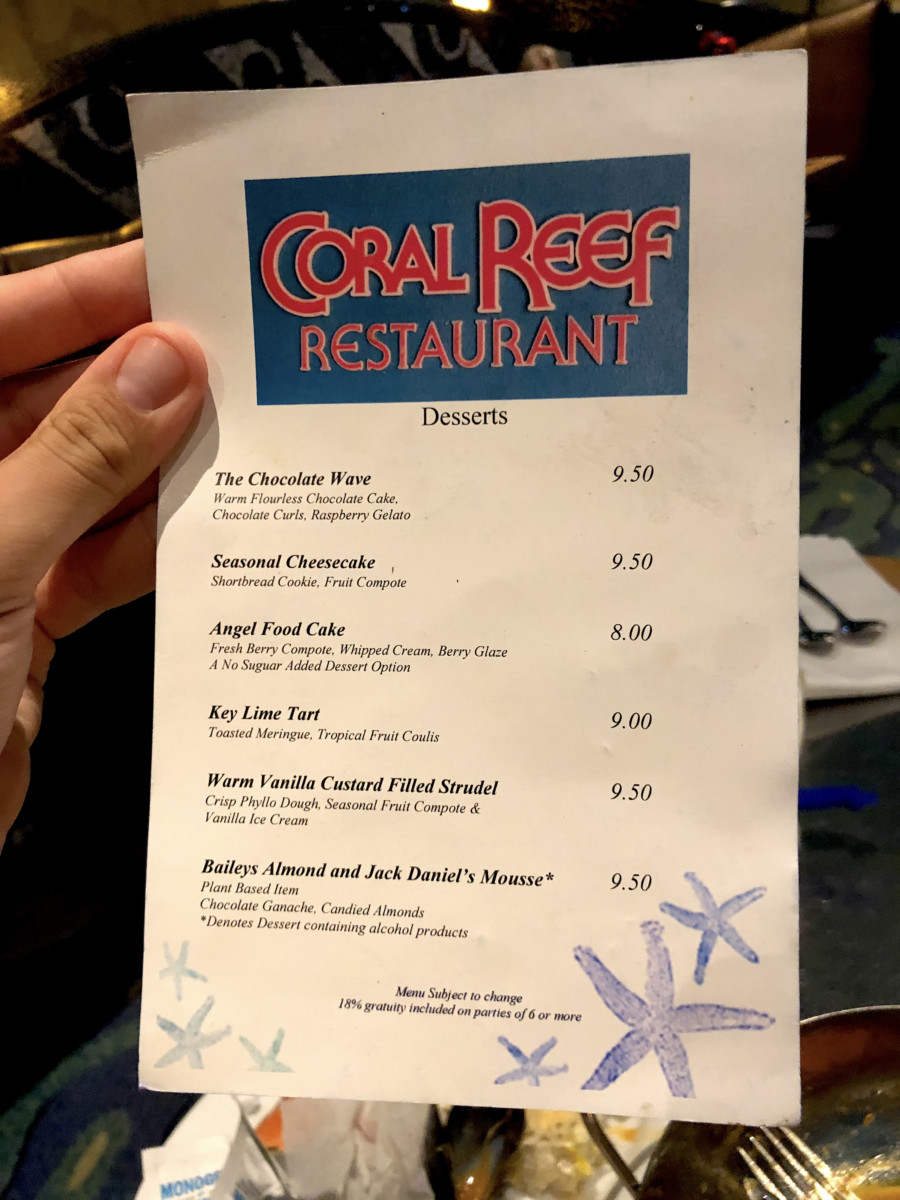 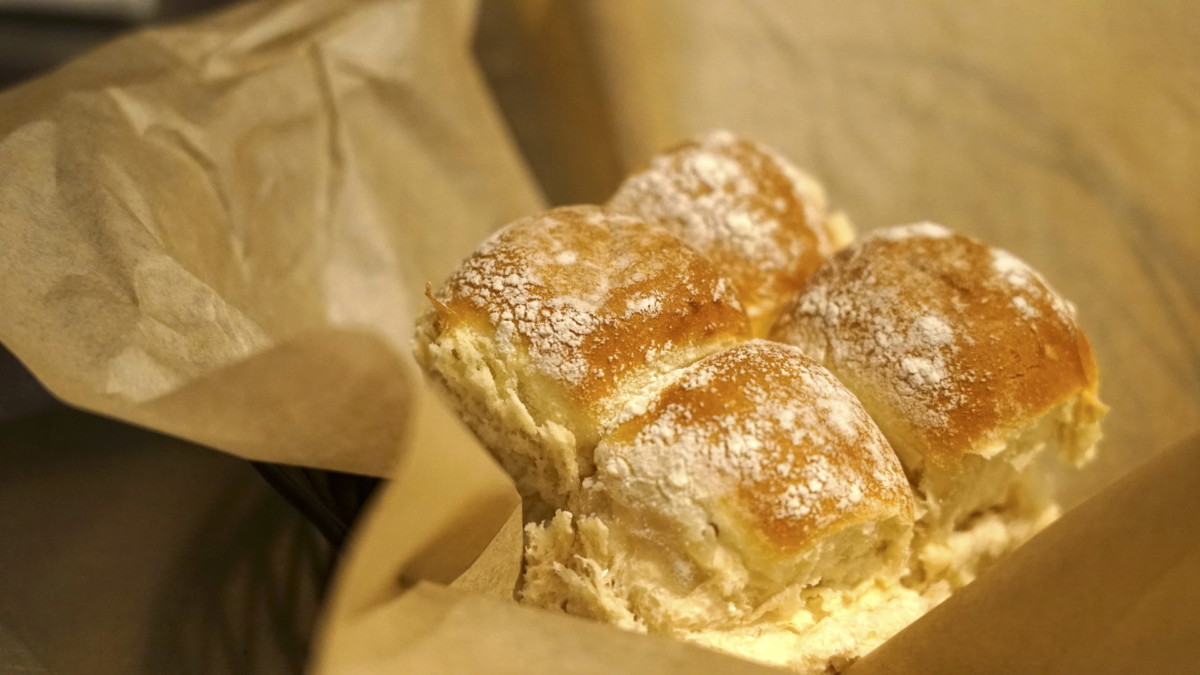 The meal starts off with some sweet, doughy rolls that are pretty good, but you didn’t wade all the way past the sea of construction walls just for bread, so let’s move on to the hearty items. 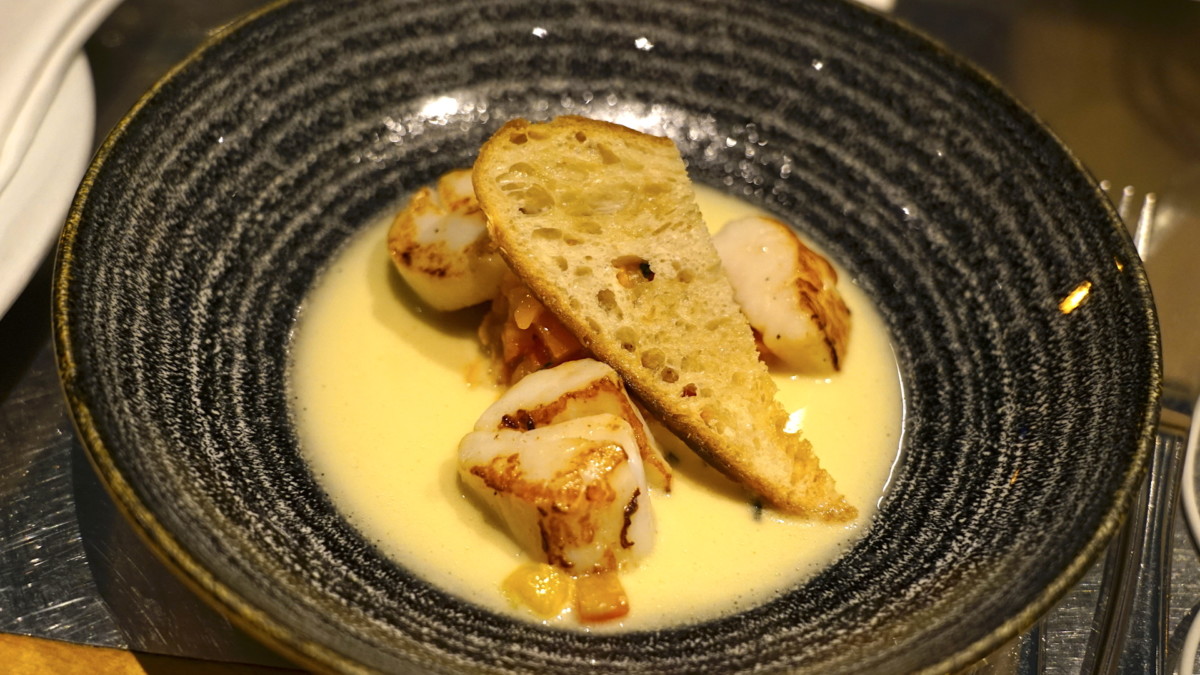 The one thing Disney always gets right when it comes to seafood are scallops. These are well cooked and tender, not to mention bursting with flavor. Fortunately, they aren’t fishy, either, which is a sign of freshness. The buttery saffron broth doesn’t overpower the other flavors in the dish, but instead adds to the tenderness of the scallops. We’d highly recommend these. Not only are they a good portion size for the price, it’s arguably one of the best dishes in the entire restaurant. (Yes, even as “just” an appetizer.) 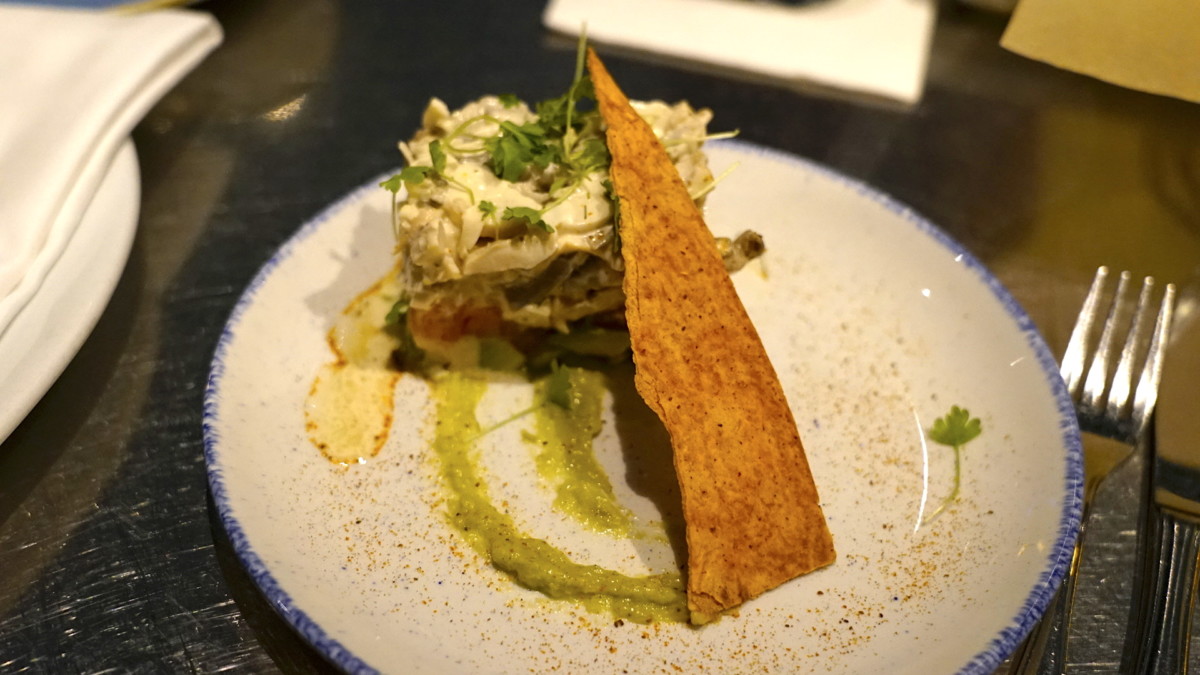 While we appreciate the attempt on vegan and plant-based additions onto the menu, this was a flop. While the lower layers of the stack here feature fresh avocado and tomato, once you get to the faux “lobster” mushroom parts, it turns into a watery, rubbery, flavorless mess. You also get one small lavash crisp, which isn’t nearly enough to accompany the whole stack. 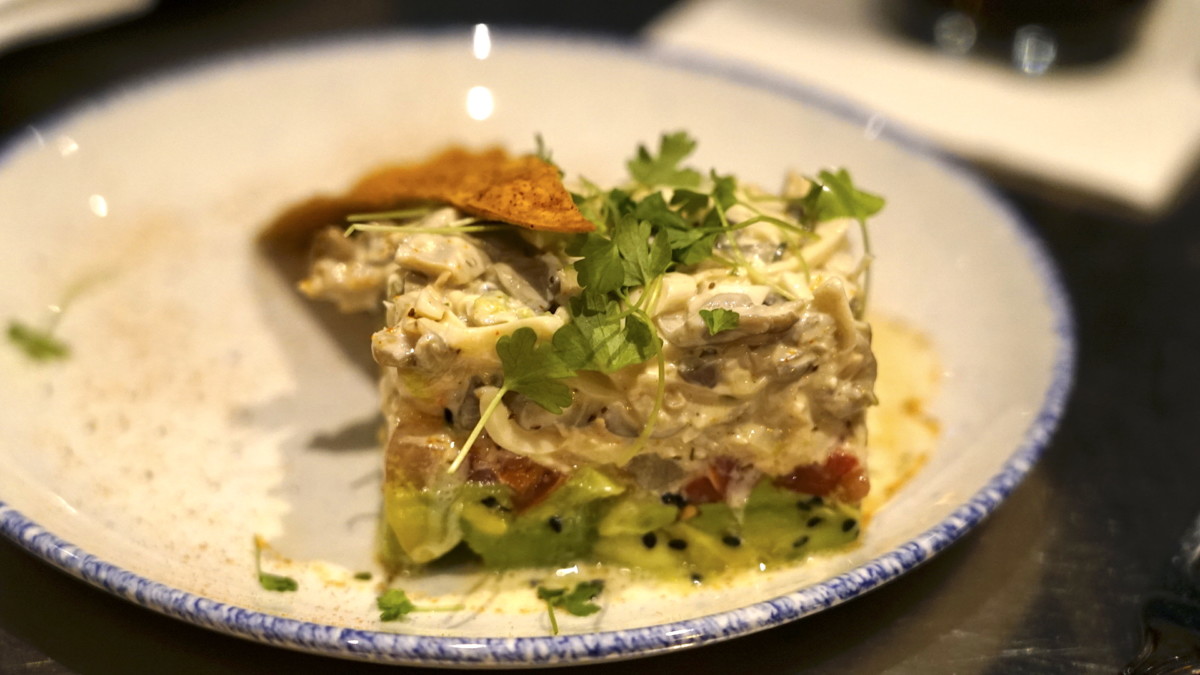 We still like that this is a decent portion, and is different than other vegan appetizers out there. (As in, it’s not just another salad or soup.) Do note that since this is lobster style salad, this is served cold, and there is some rubbery texture which is to be expected. Usually we’d rather have these types of mushrooms served cooked hot to help the texture. If you’re vegan, this is one to try for variety, but otherwise you’d be better off avoiding it. 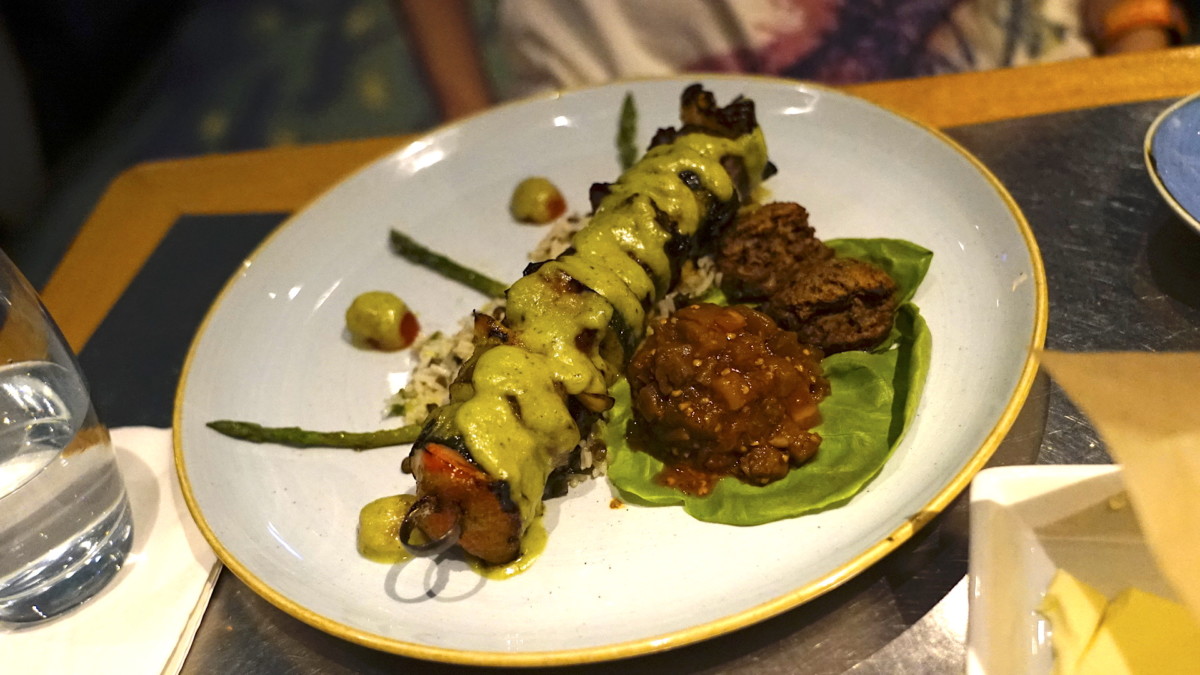 We’ll begin with the main drawback to this and it’s the price. This dish, while excellent as you’ll come to read, is severely overpriced. If this were cheaper, or priced more along the lines of an appetizer, it’d be a huge win on the menu. 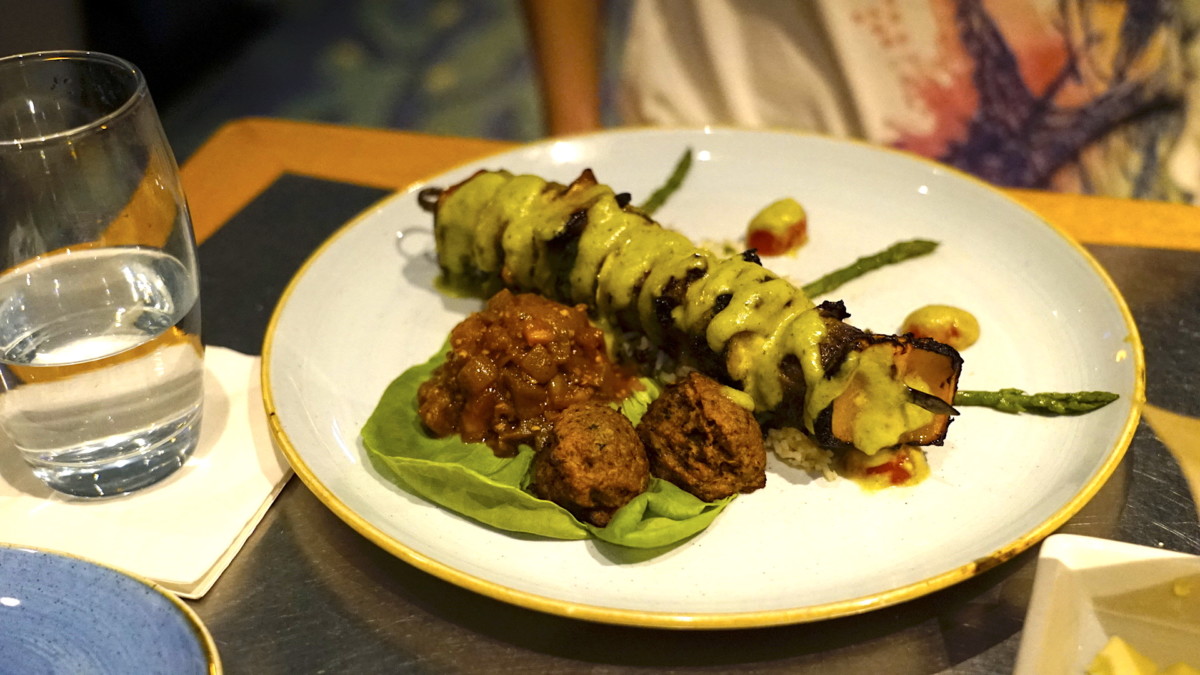 All of the vegetables are cooked to perfection, and it’s a rather large skewer, making for a good portion size. We haven’t exactly raved about many new vegan dishes at Walt Disney World, but this is one we can confidently recommend (again, albeit overpriced.) After all, it really is just skewered vegetables… even if it is the best grilled veggie dish in all of Epcot. 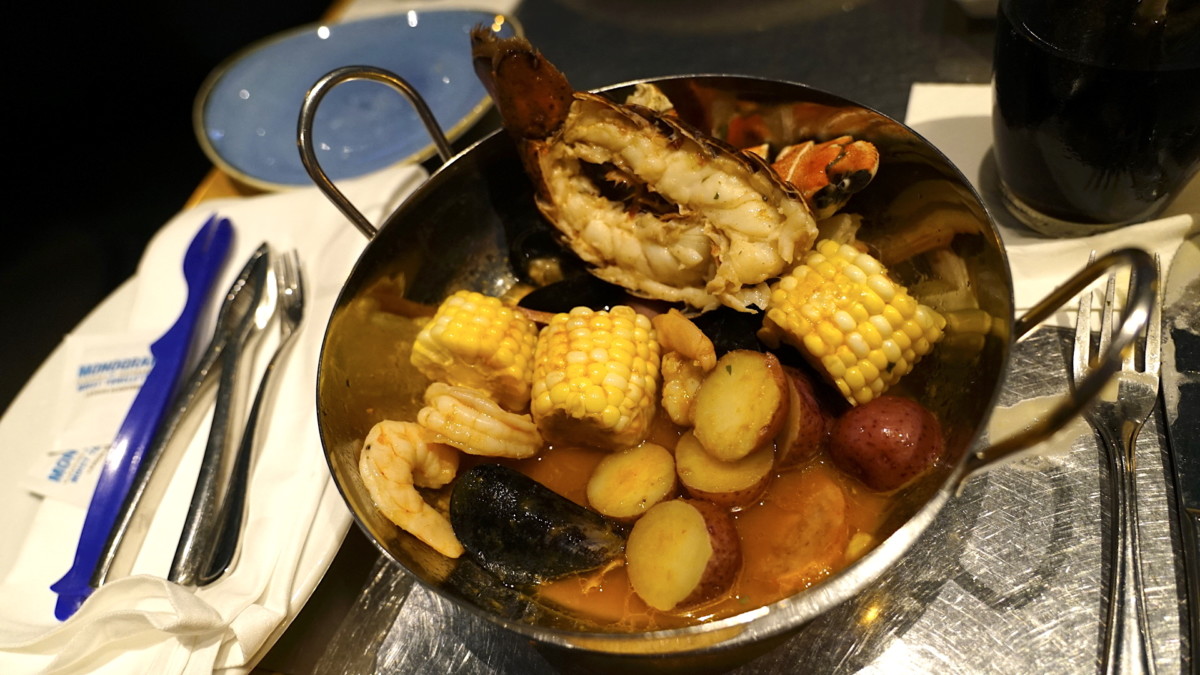 This boil, soon to be renamed “Chef Louis’ Lobster Seafood Boil” for the Little Mermaid anniversary menu, sounded (and looked) better than it really was. It’s undoubtedly a huge portion of food, with the skillet heavy and brimming with huge chunks of potatoes and seafood. It’s super filling, and you even get a sizeable lobster tail with it, along with some crab claws, making it a decent value. 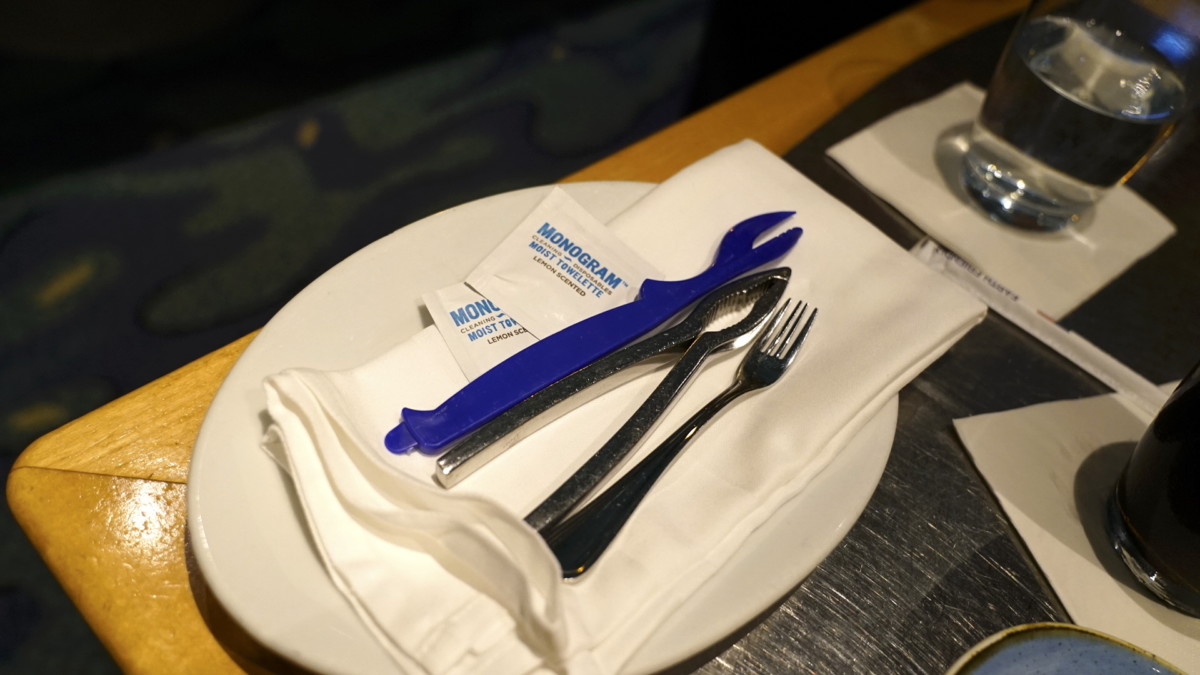 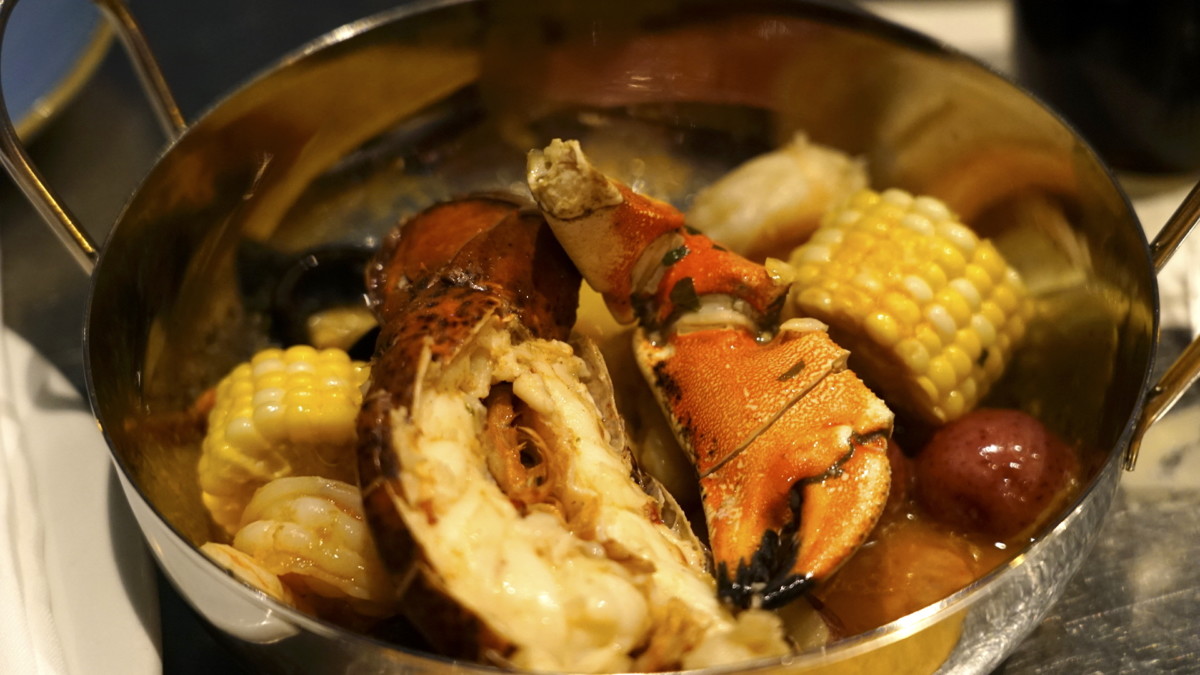 The highlight of the boil was really the crab claws, although there aren’t many of them. The specific lobster I got wasn’t great, but I did see some other tables with even larger, better-looking lobster tails. Speaking of lobster tails, do keep in mind that this dish does require a bit of work, as denoted by all of the tools and wet wipes that are bought to your table. In any case, if you’re getting a crab and lobster boil, you should know what you’re in for. As for the other components, the shrimp was good, but not remarkable, and I only found one slice of andouille sausage in my pot. A seafood boil is only as good as its broth, and this one is pretty flavorless, so you’re relying on just the seafood to be the main element, and there’s nothing really elevating the seafood, as with the saffron butter broth with the scallops. 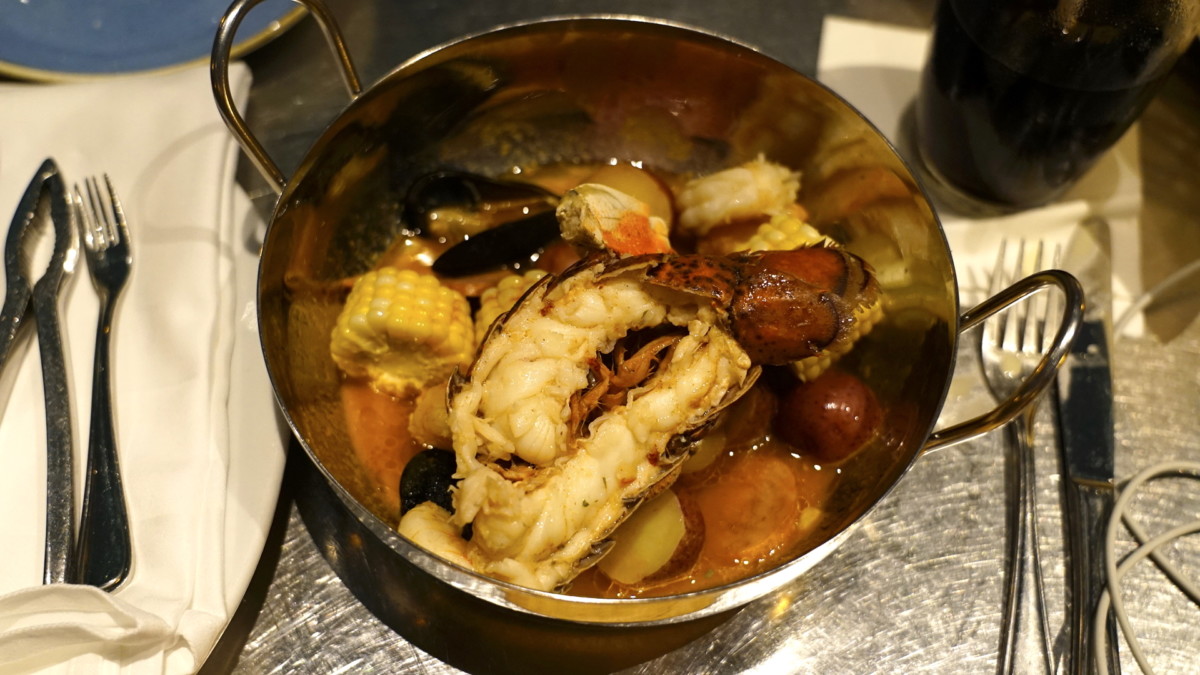 The main takeaway with this dish is the sheer amount of food it brings. If you’re super hungry and you’re in the mood for a real feast, this is the dish to get here. If you’re a party of two and you aren’t voraciously hungry, you could share this easily. Is it the best seafood you’ll ever eat? No, but it’s also far from the worst dish you could have here at Coral Reef, which has had a lot of pretty bad dishes in its years. 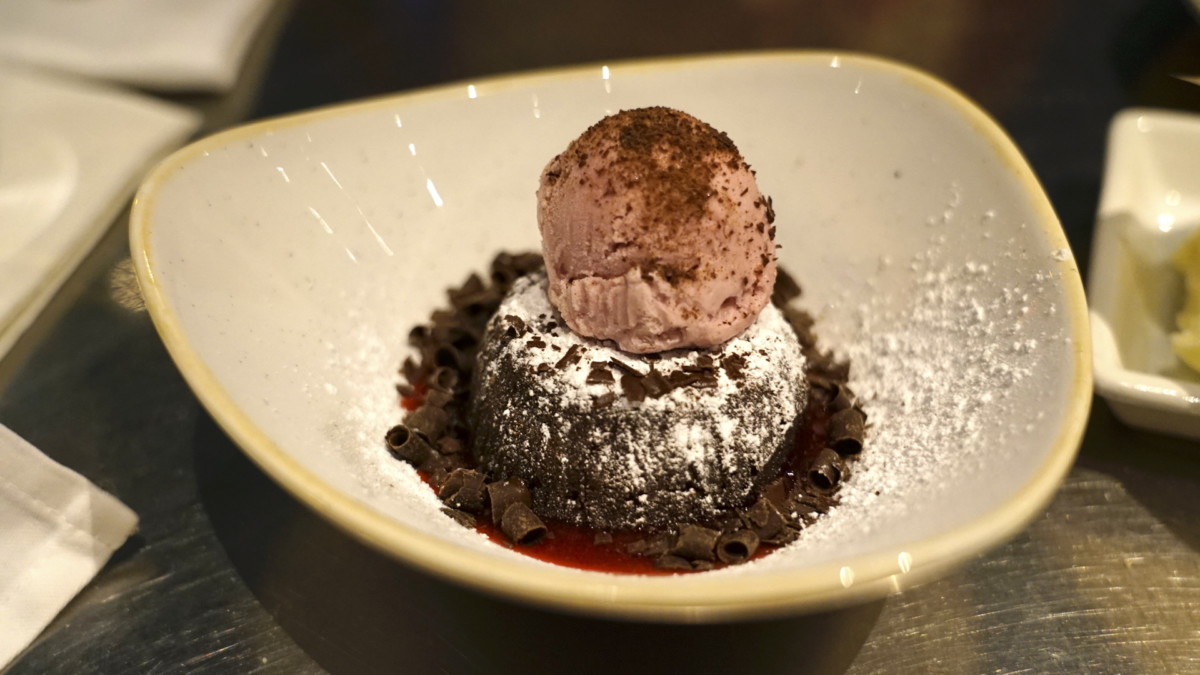 This is the staple Coral Reef dessert that’s a mix of hot and cold and lava cake. 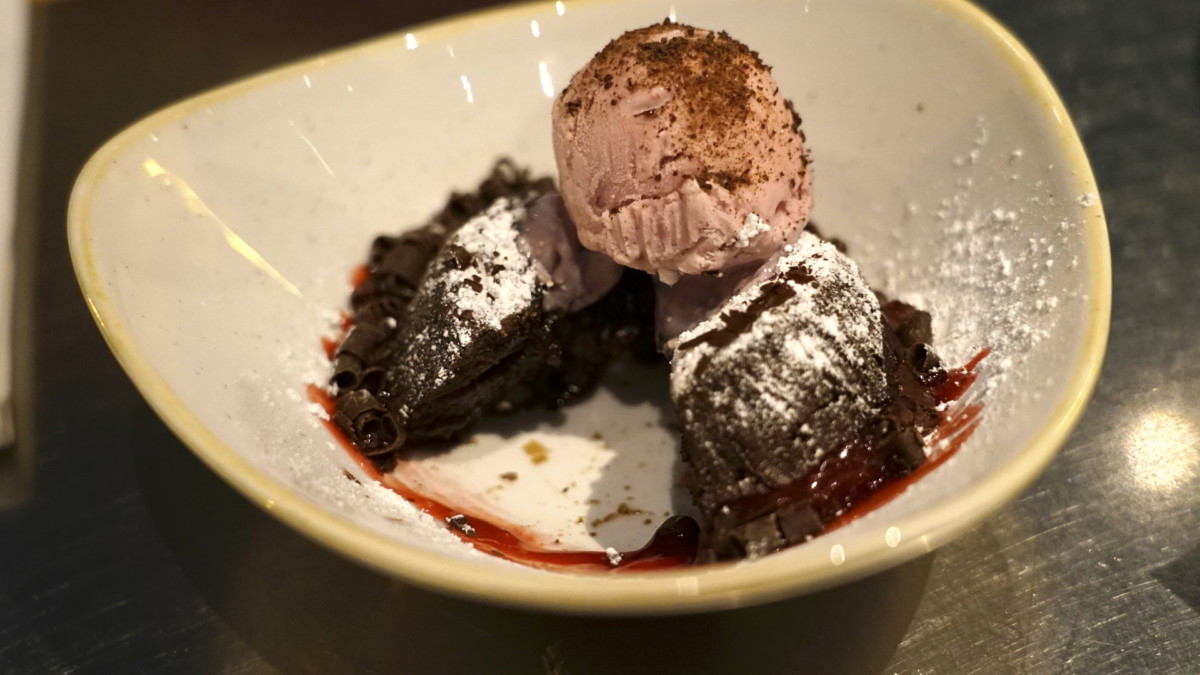 It’s everything you could want in a dessert and the ingredients, from the dark chocolate notes of the cake to the tart raspberry gelato, play off each other well.

Overall, we were really surprised by some of the new vegan plant-based dishes on offer, but if you’re coming for tomorrow’s Little Mermaid anniversary menu, or anytime soon, don’t expect to be blown away by the seafood here. Oh, and never pass on the Chocolate Wave.