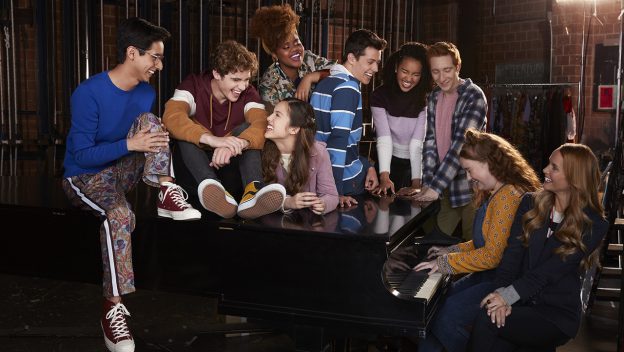 There are many Disney+ subscribers out there who are arguably more excited for “High School Musical: The Musical: The Series” than they are for “The Mandalorian”, and given the franchise’s popularity, it’s only right. Thankfully, fans will be able to catch a special sneak peek of the series at Disneyland.

For a limited time starting November 12, guests can catch a sneak peek of this Disney+ Original during a special presentation in the Tomorrowland Theater at Disneyland park.

“High School Musical: The Musical: The Series” is a 10-episode scripted series, set at the real-life East High where the original movie was filmed. The show follows a group of students as they count down to opening night of their school’s first-ever production of “High School Musical.” With meta references and some docu-style elements, it’s a modern take on the “classic” from 15 years ago. Showmances blossom; friendships are tested, while new ones are made; rivalries flare; songs are sung; and lives are changed forever as these young people discover the transformative power that only high school theater can provide.

“High School Musical: The Musical: The Series” will be available to stream when Disney+ launches November 12. Be among the first to subscribe at DisneyPlus.com.

Previous
TONIGHT: ParksCenter – With Jingle Cruise and FuelRods For All! – Ep. 77