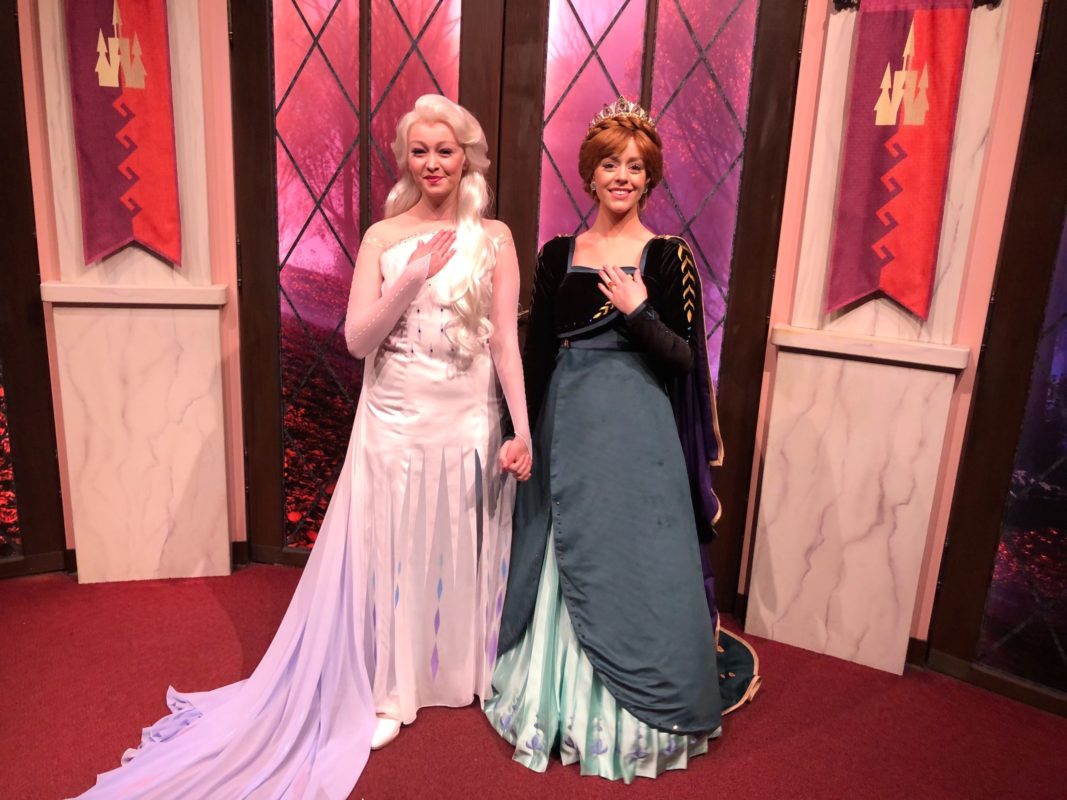 Anna and Elsa are now sporting brand-new looks with the debut of Frozen 2 at their Royal Welcome meet and greet in the Animation building at Disney California Adventure. All day, the internet has been clamoring over divisive Frozen 2 reviews, spoilers, and of course, Anna and Elsa’s new costumes. Many believed that the costumes Anna and Elsa sported during the Disney Parks Blog preview of the film would be the ones they’d be sporting today, but in true Disney fashion, we’ve been surprised with all-new, never-before-seen ensembles for both sisters. 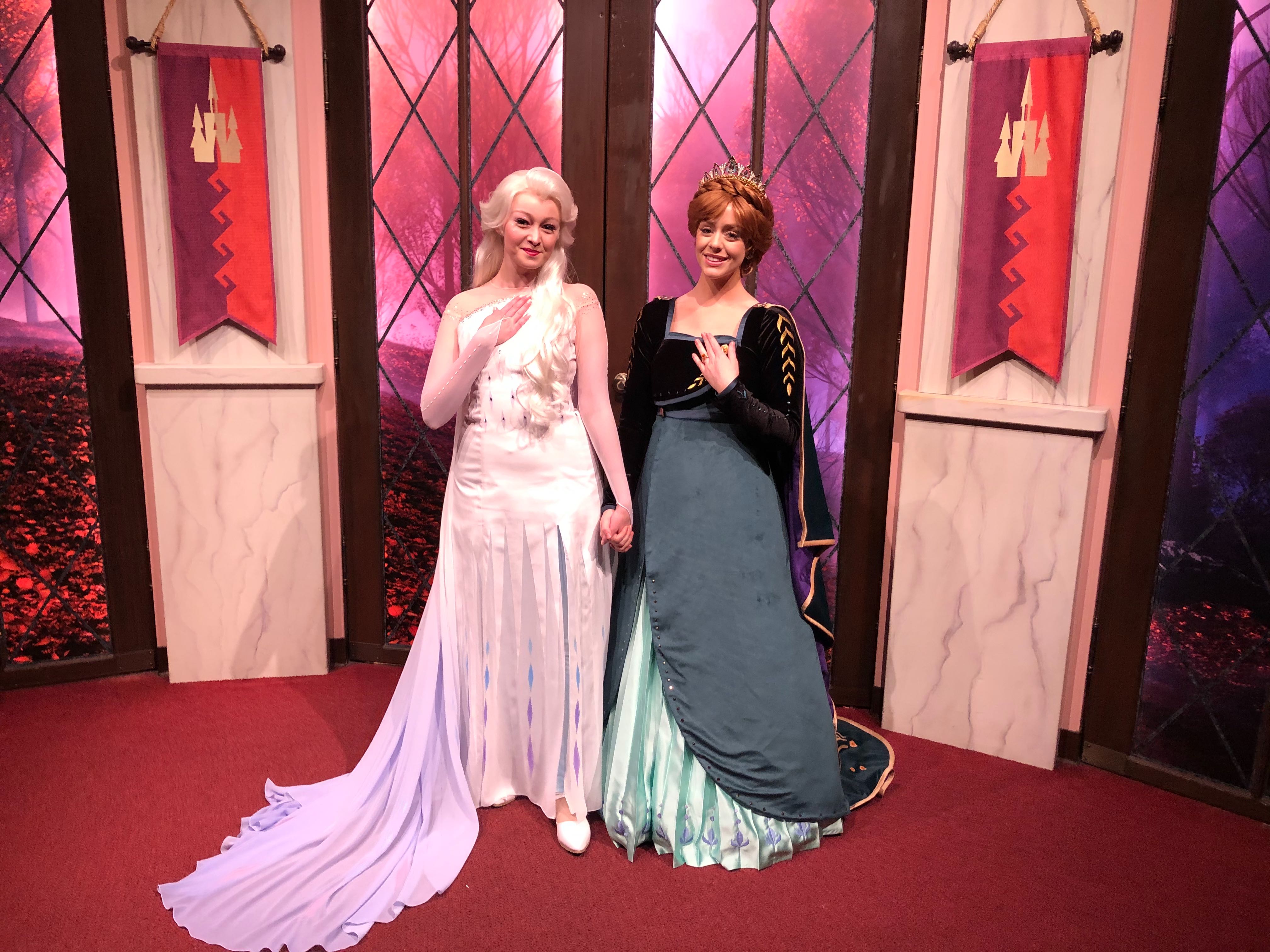 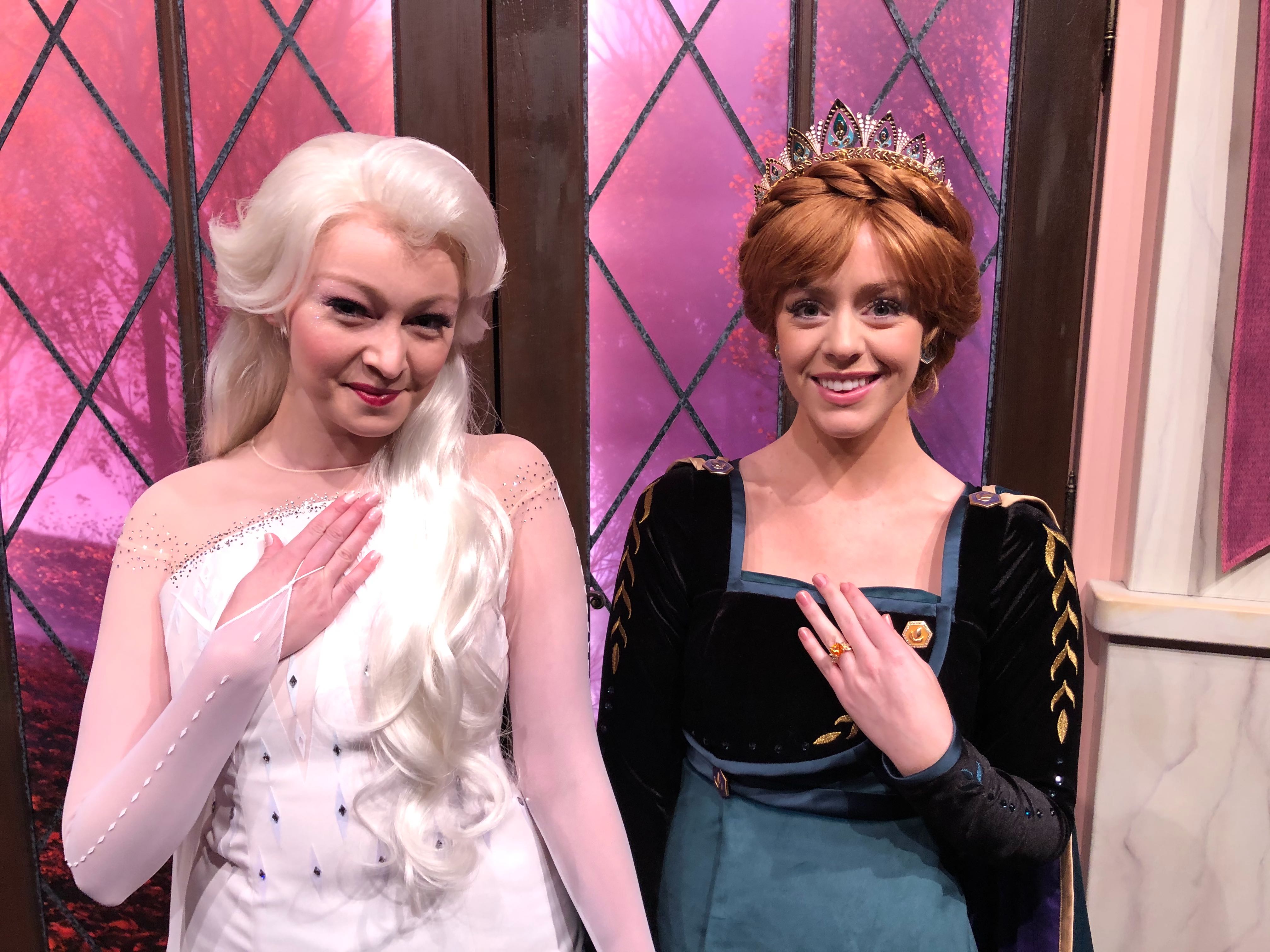 Anna’s sporting a forest green dress with a royal black velvet shrug with gold accents. She also wears a black cape with purple lining, a departure from her fuchsia half cape (although we think it gives her an added edge.) Her hair is put up in a braided crown with her golden crown nestled on top. Without her signature pigtails, it’s a decidedly more grown-up look for Anna, but she has blossomed into true royalty, and as she said during our meet and greet, all of her friends are coming by to see her, and she wants to be dressed for the occasion. Also, she seems fairly happy about that ring on her finger. Just sayin’… 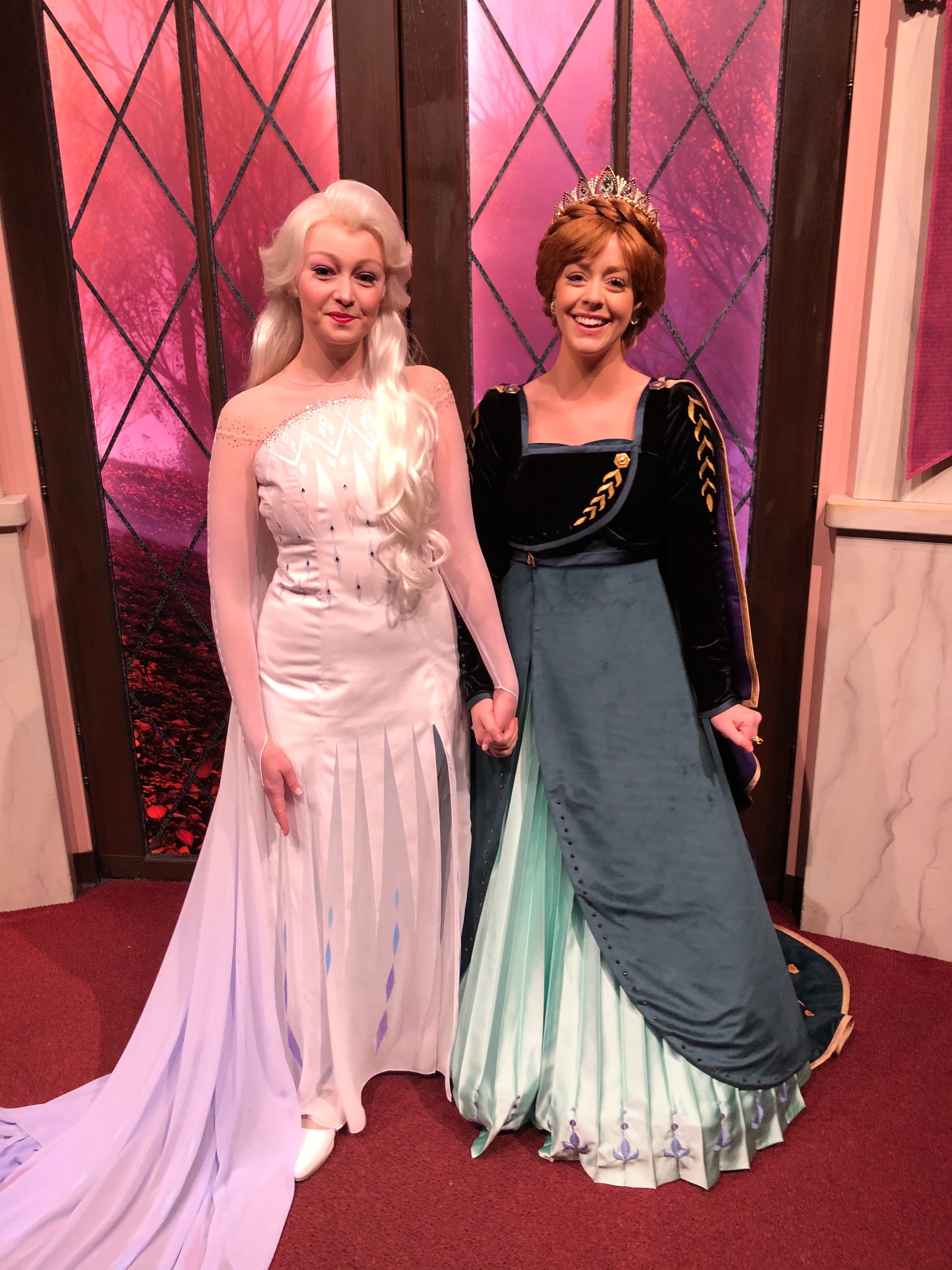 Meanwhile, Elsa is also sporting a new look, as she seems to have traded in her blue dress for an all-white gown with sheer sleeves and an iridescent cape. The bodice and skirt of her cape feature frozen fractal designs in turquoise and purple. Free after having delved into the unknown, she no longer wears her long, snowy white hair in a braid, opting to have it tousled and free in a loose chignon. Both Anna and Elsa are overjoyed with the outpouring of love for their new Frozen 2-inspired looks.

They’ll be meeting with guests at their Royal Welcome meet and greet in the Character Close-Up section inside Disney Animation  every day from 8:00 AM to 10:30 PM (schedule may vary based on park hours.)

Frozen 2 is now officially out in theaters, so there’s plenty of Frozen fun to be had this weekend.