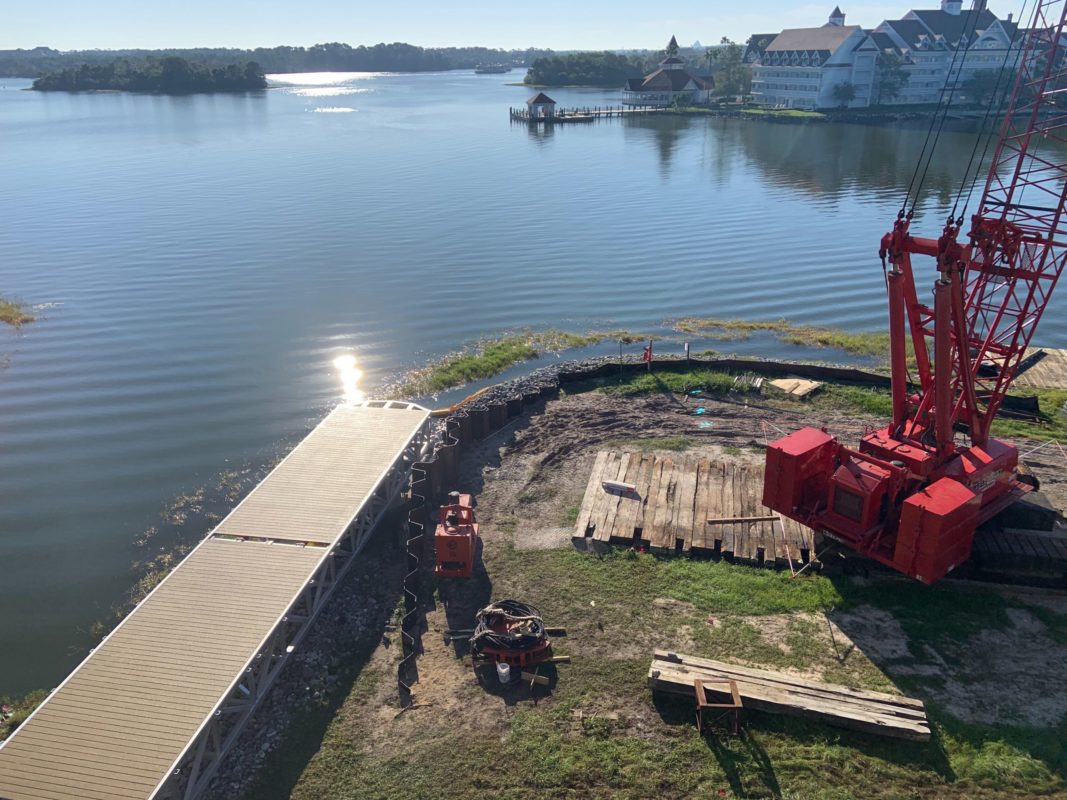 Today marks a major milestone in the progress of the upcoming walkway linking Disney’s Grand Floridian Resort and the Magic Kingdom. We recently saw the rotating dial mechanism installed, but now the bridge platform has finally been attached to its rotating base. Between hurricane season and other delays, work has laid somewhat stagnant here, but with better weather conditions, we’re really seeing this project flourish. Let’s take a closer look at the latest progress. 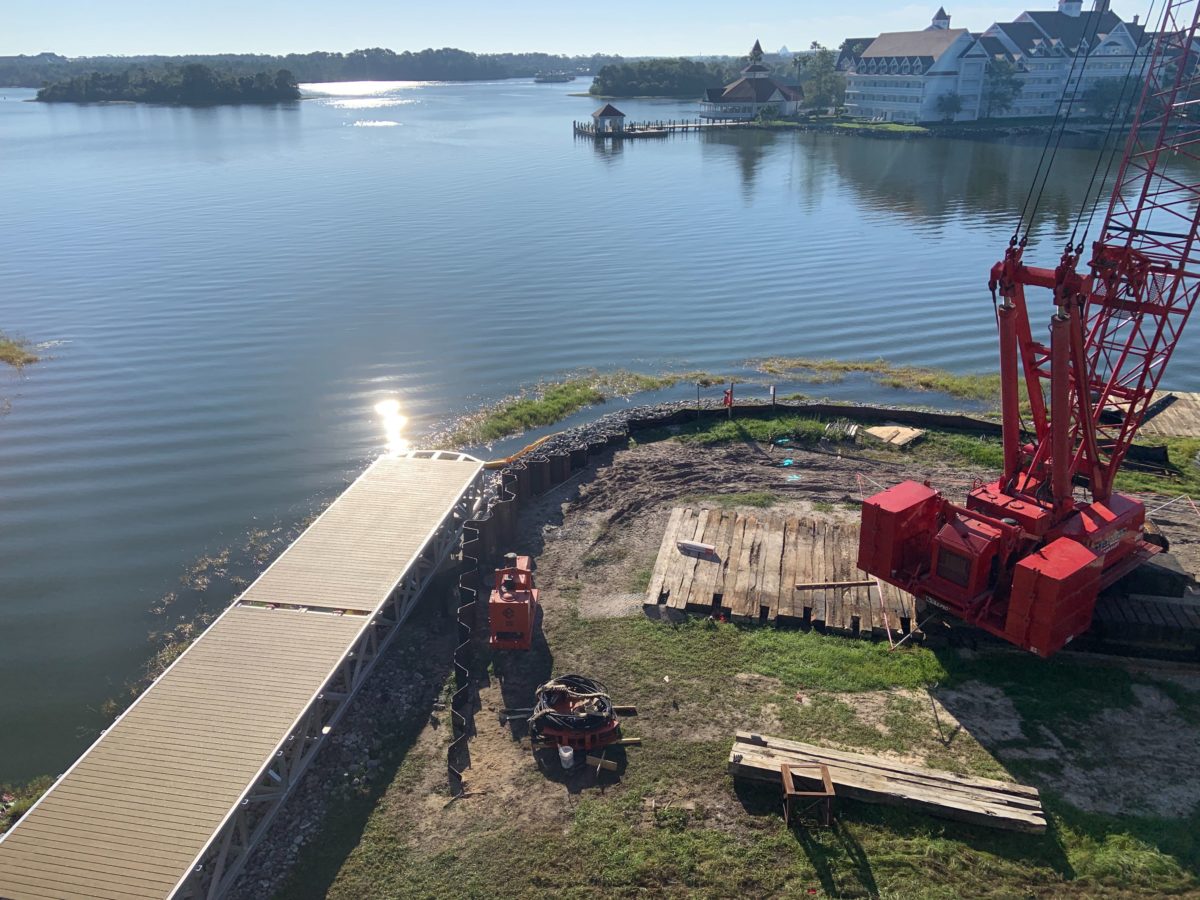 The bridge features wood decking and metal handrails (currently removed.) This specific kind of bridge is known as a swing-arm bridge, meaning it will literally swing out into the lake to allow for maritime traffic, like the Electric Water Parade barges, nightly. One end of the bridge is attached to the rotating mechanism base, and as you can see, it’s turned inward to allow passage through the canal. Once in operation, it will swing out clockwise to connect with the other side. 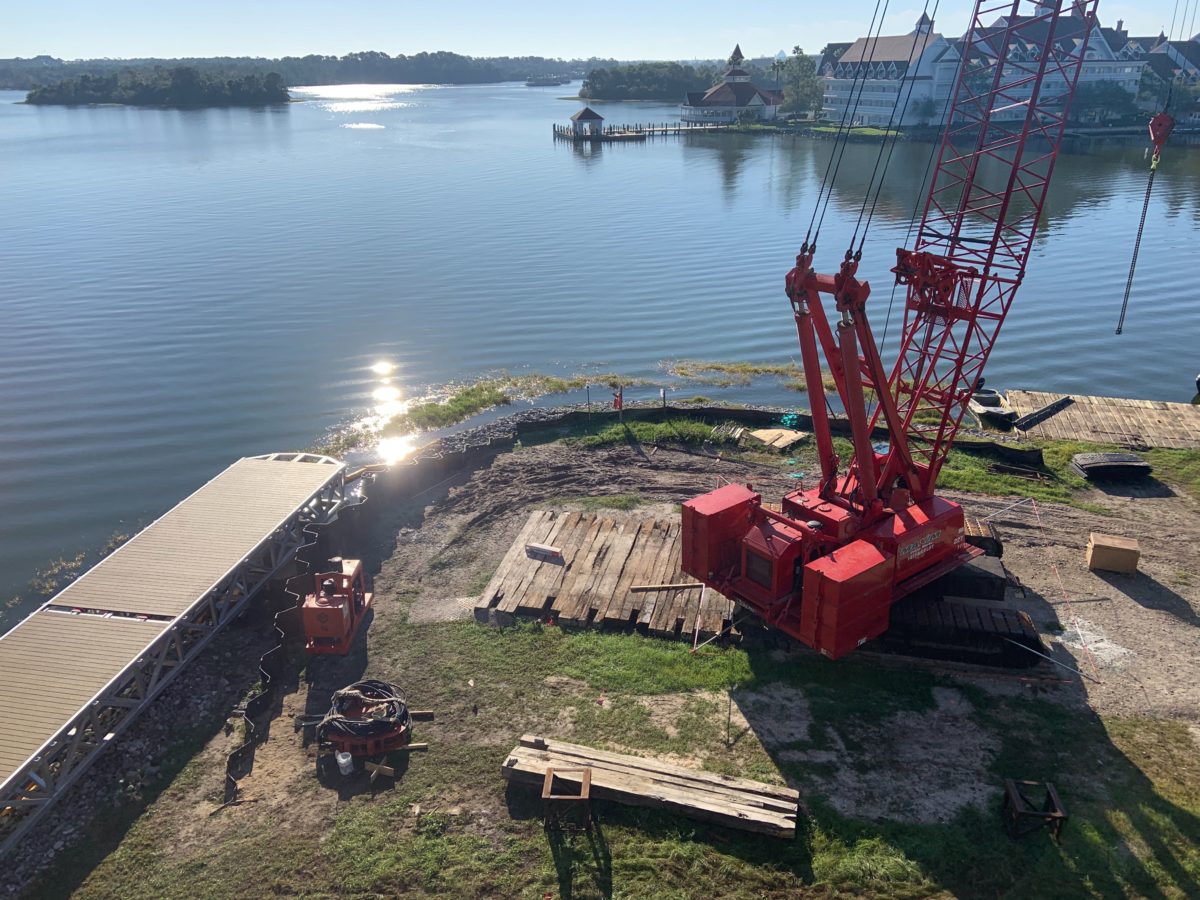 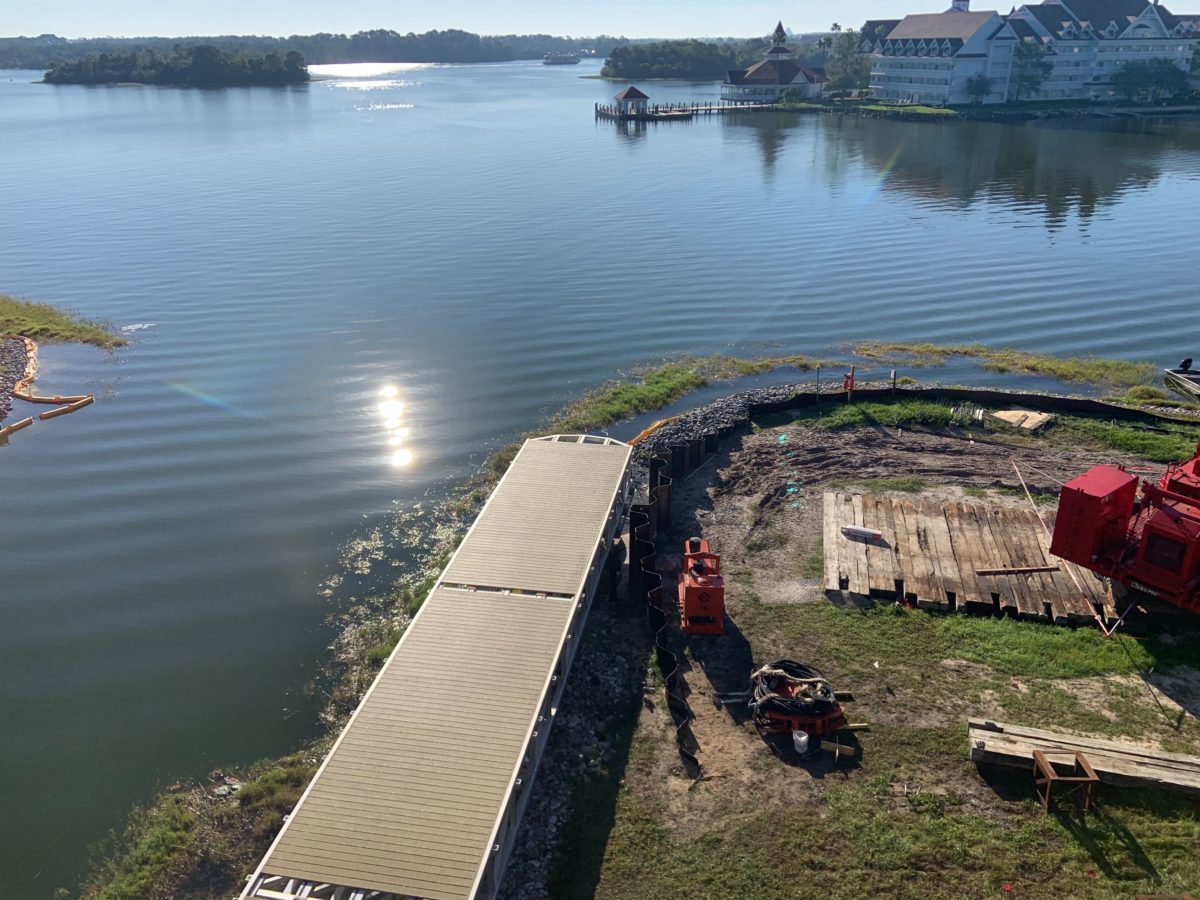 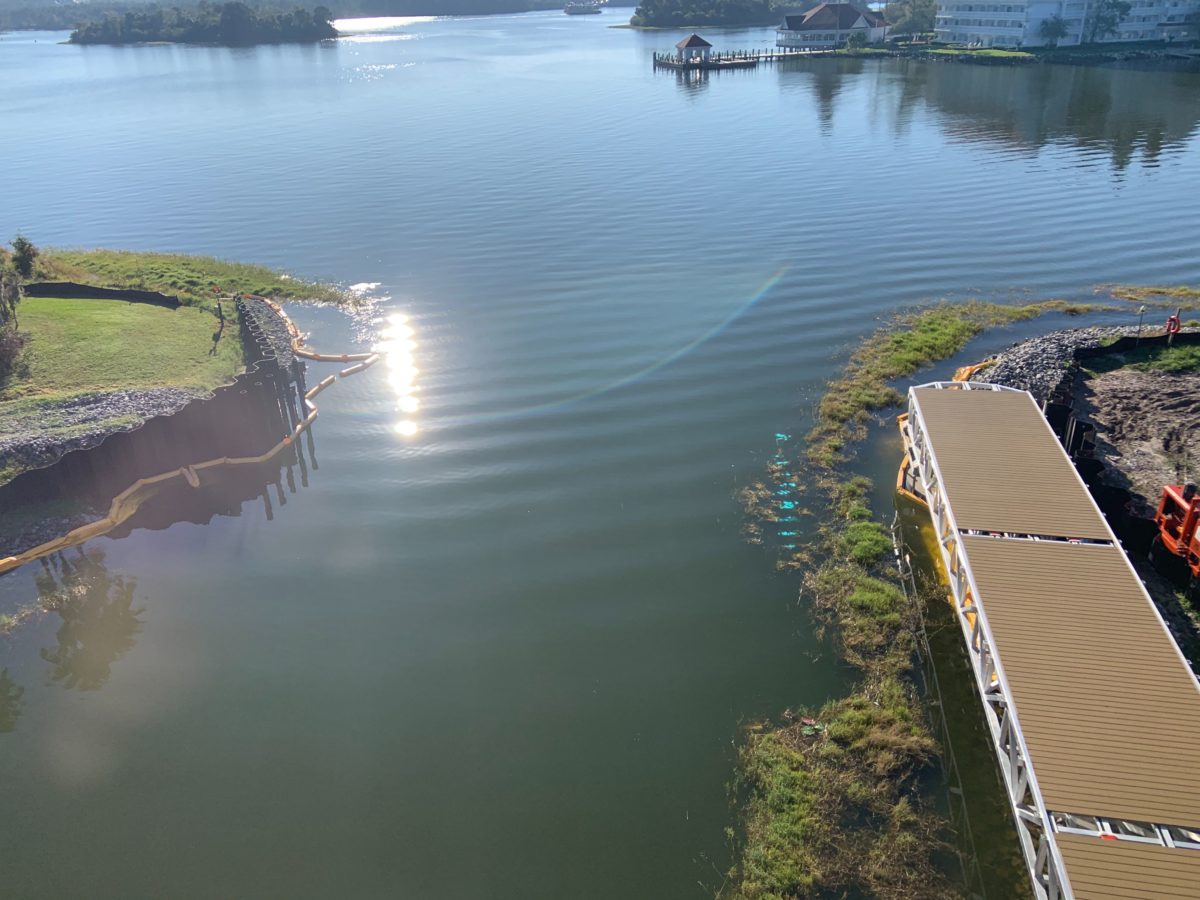 A reader sent us a photo of the bridge actively being hoisted up and placed onto its base: 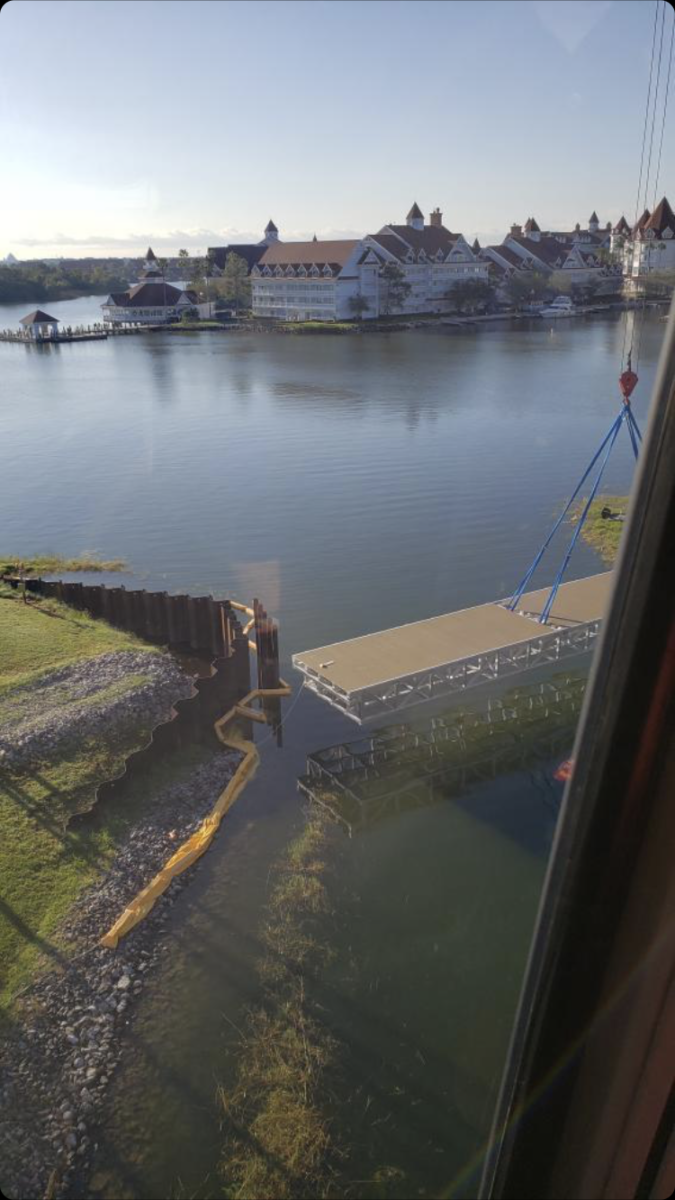 This walkway will eventually allow guests to walk from the Polynesian Resort and Grand Floridian Resort to the Magic Kingdom.

It awaits to be seen as to how long this project will take to complete, but one would assume it would be done before Walt Disney World’s 50th anniversary.

Stay tuned to WDWNT for updates on this story, and more!