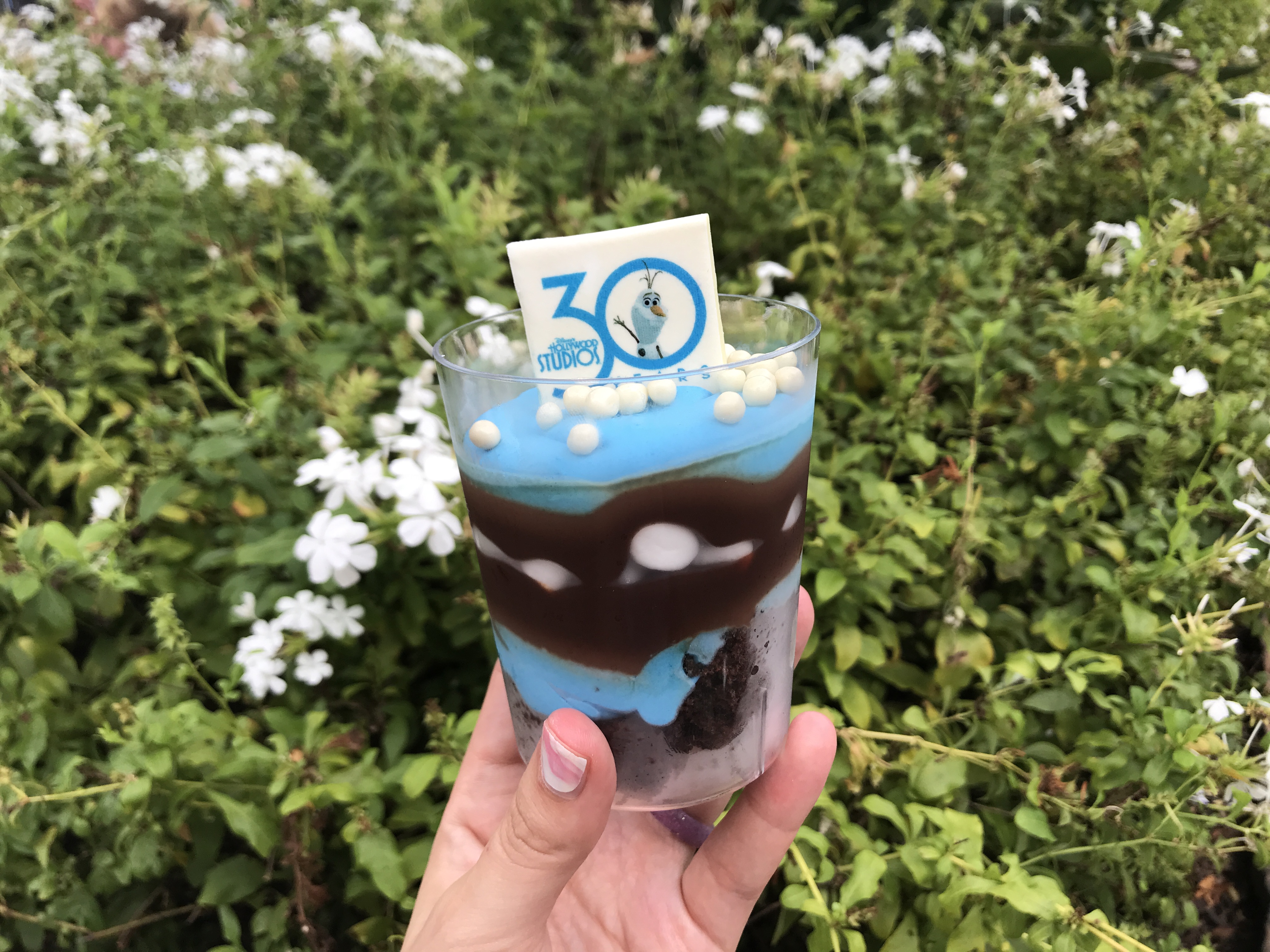 PHOTOS: Olaf’s Chocolate Marshmallow Verrine Is So Good It’s Worth Melting For at Disney’s Hollywood Studios

It truly is a marshmallow world in the winter at Disney’s Hollywood Studios. In light of everything Frozen 2 hitting Walt Disney World, we would expect nothing less than to see some treat offerings inspired by the most well known residents of Arendelle. Our favorite snowman Olaf has a new wintry dessert just in time for the holidays. 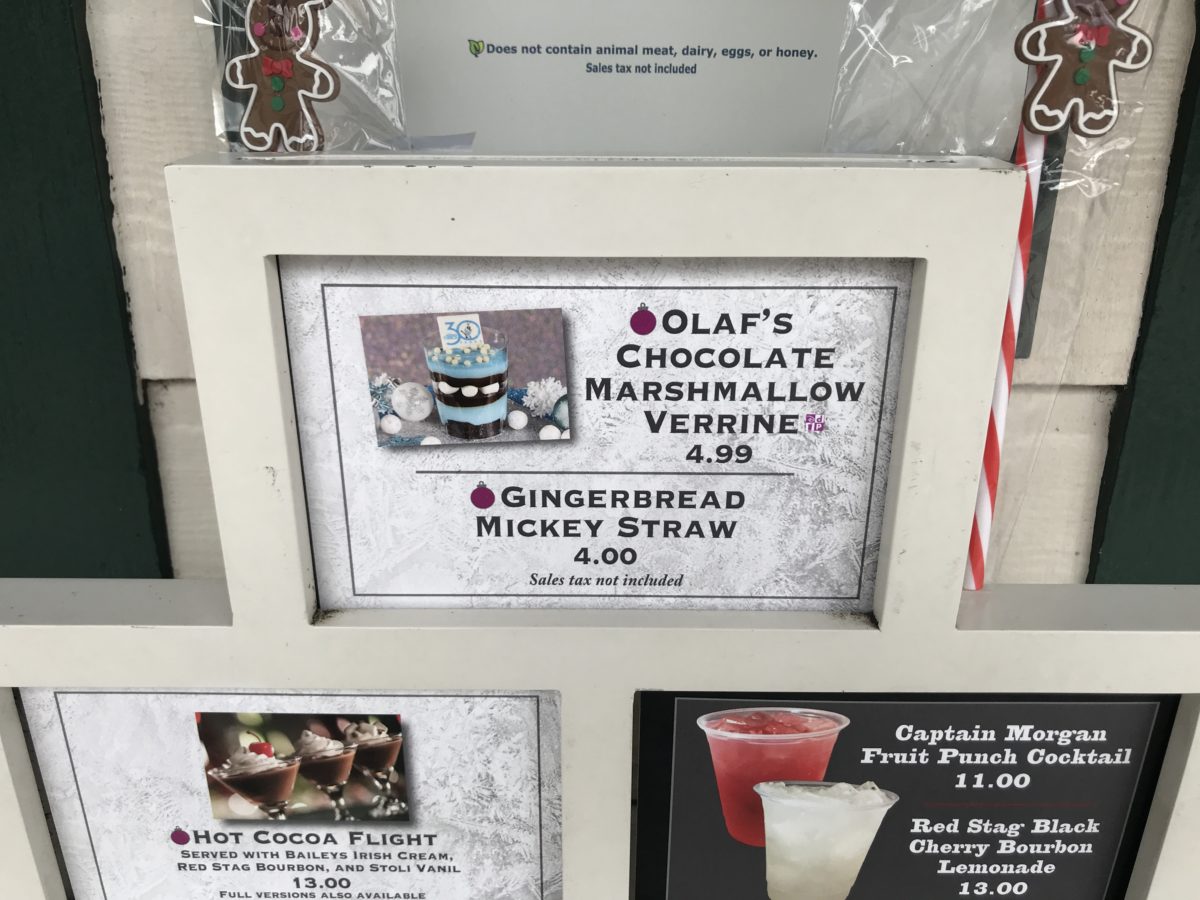 Olaf’s Chocolate Marshmallow Verrine is available for $4.99 at Fairfax Fare on Sunset Boulevard. Let’s crack into this Frozen dessert. 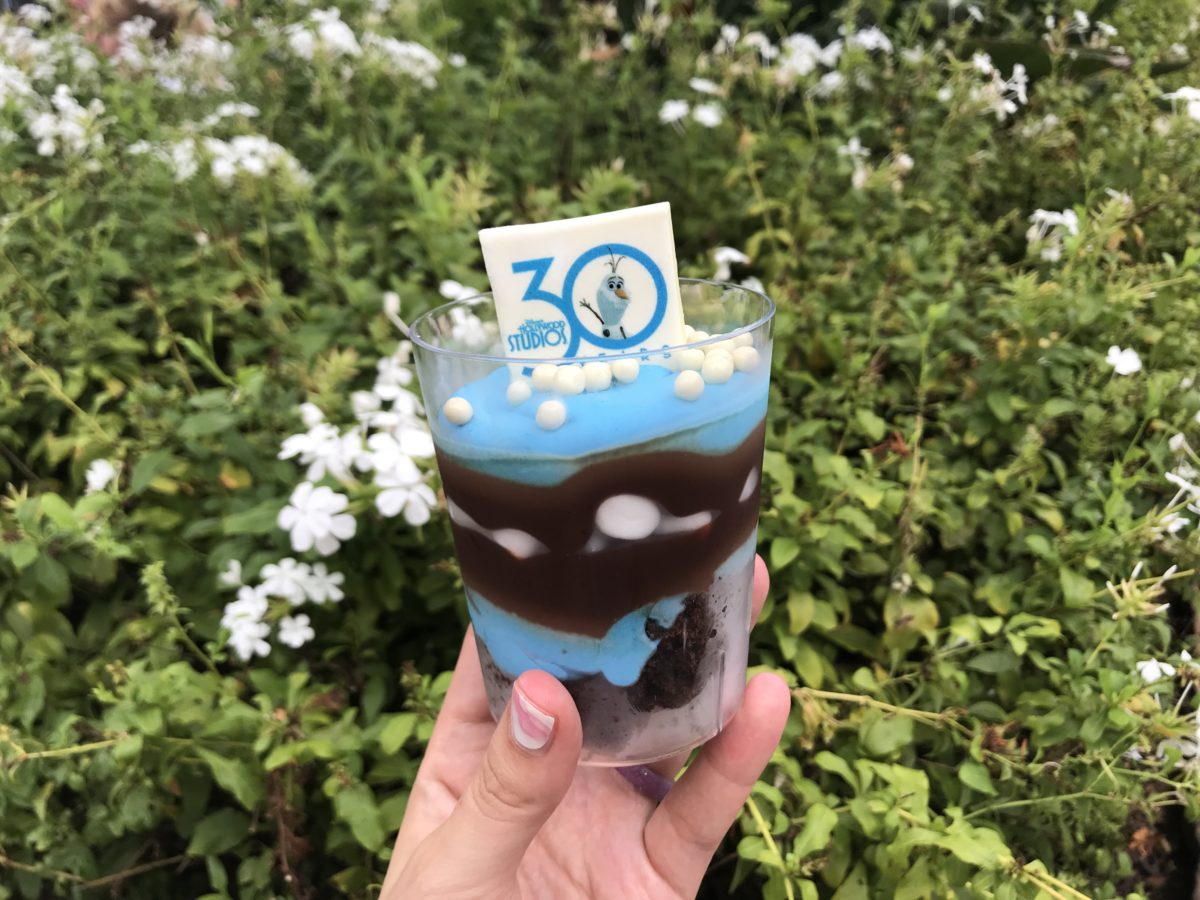 Don’t get us wrong, this treat looks delicious. We were just expecting something more festive, since it is listed as a part of Hollywood Studios’ holiday food offerings. 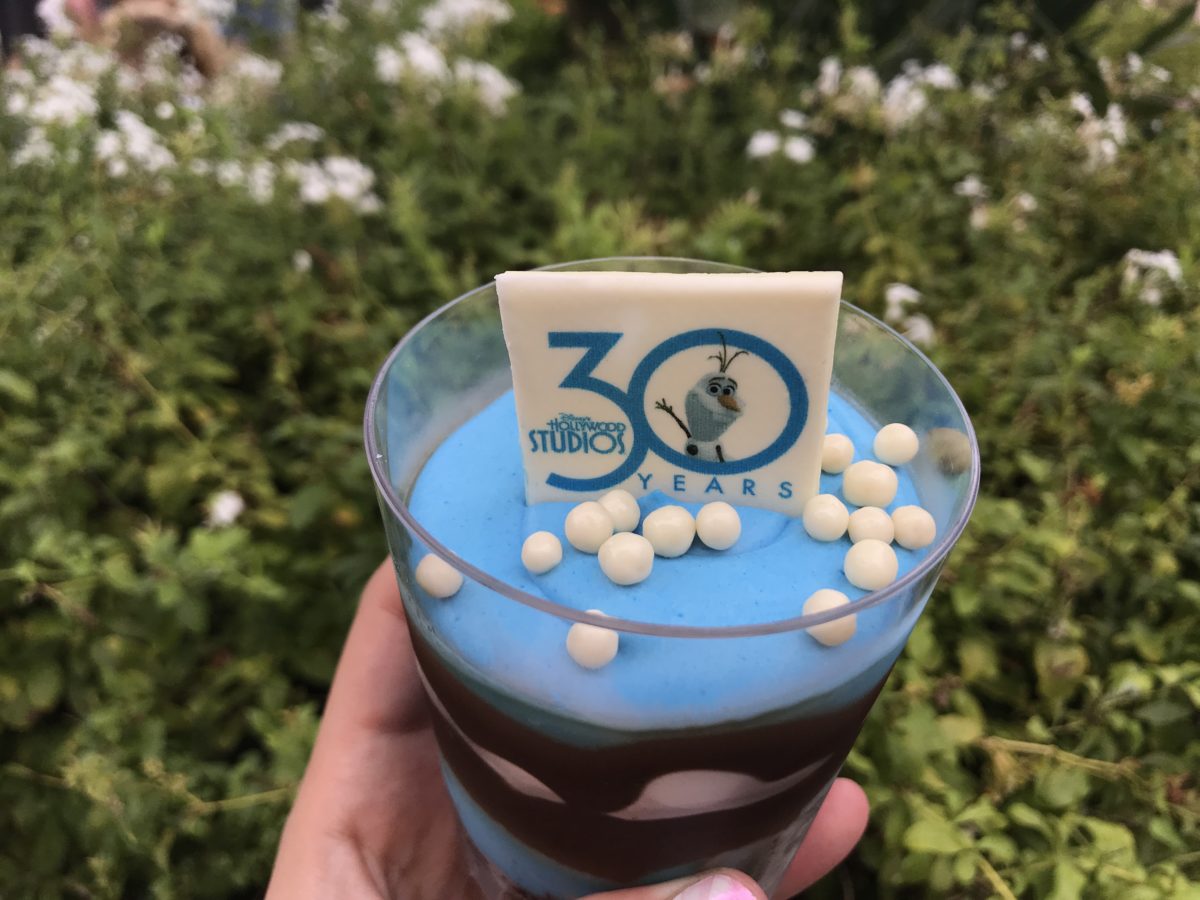 The dessert is topped with a white chocolate Olaf waving from inside a Hollywood Studios’ 30th anniversary logo. Milk chocolate crispy pearls are also sprinkled on top. 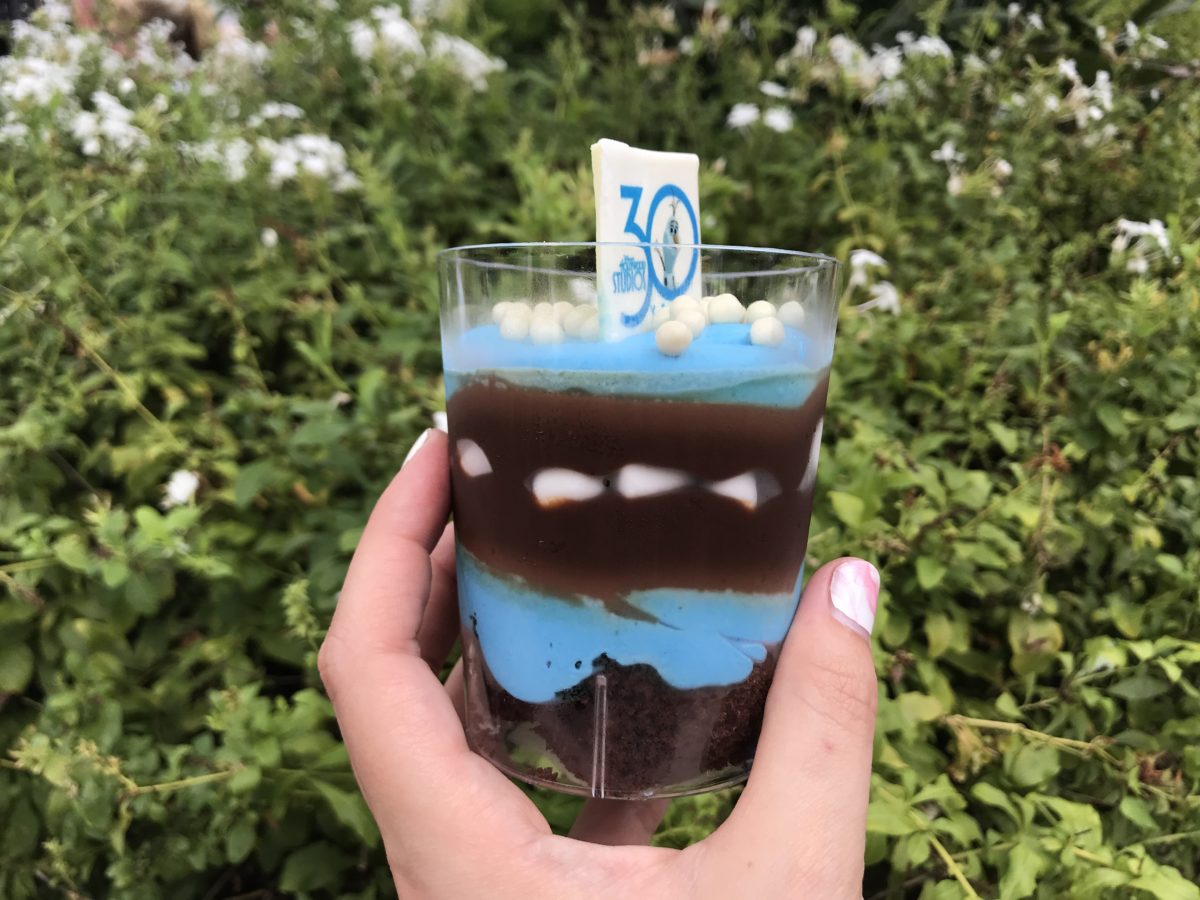 Let’s break down the layers of this dessert. The bottom is a basic chocolate cake, followed by a layer of thick whipped cream. Then there’s a layer of mini marshmallows and fudge-like chocolate sauce. The dessert is topped with another layer of whipped cream and then the milk chocolate toppings. 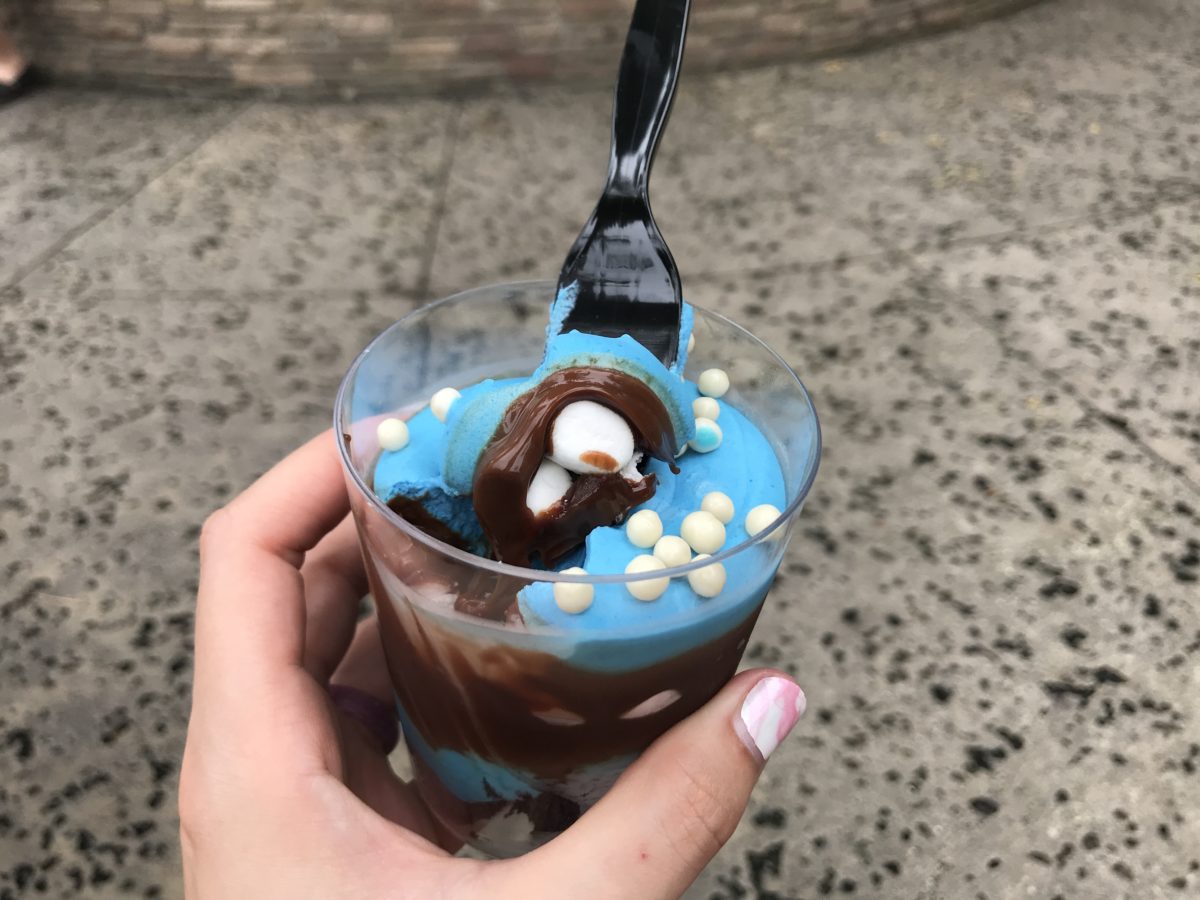 We were wary that this dessert might have too much marshmallow, but we were pleased to find the blue layers were whipped cream rather than marshmallow fluff. We found this dessert to be right up the alley of chocolate lovers. It’s milk chocolate on top of milk chocolate, but we’re not mad about it. The blue coloring is just food dye and doesn’t affect the taste. It also has a thicker consistency that the rest of the verrines around the park. 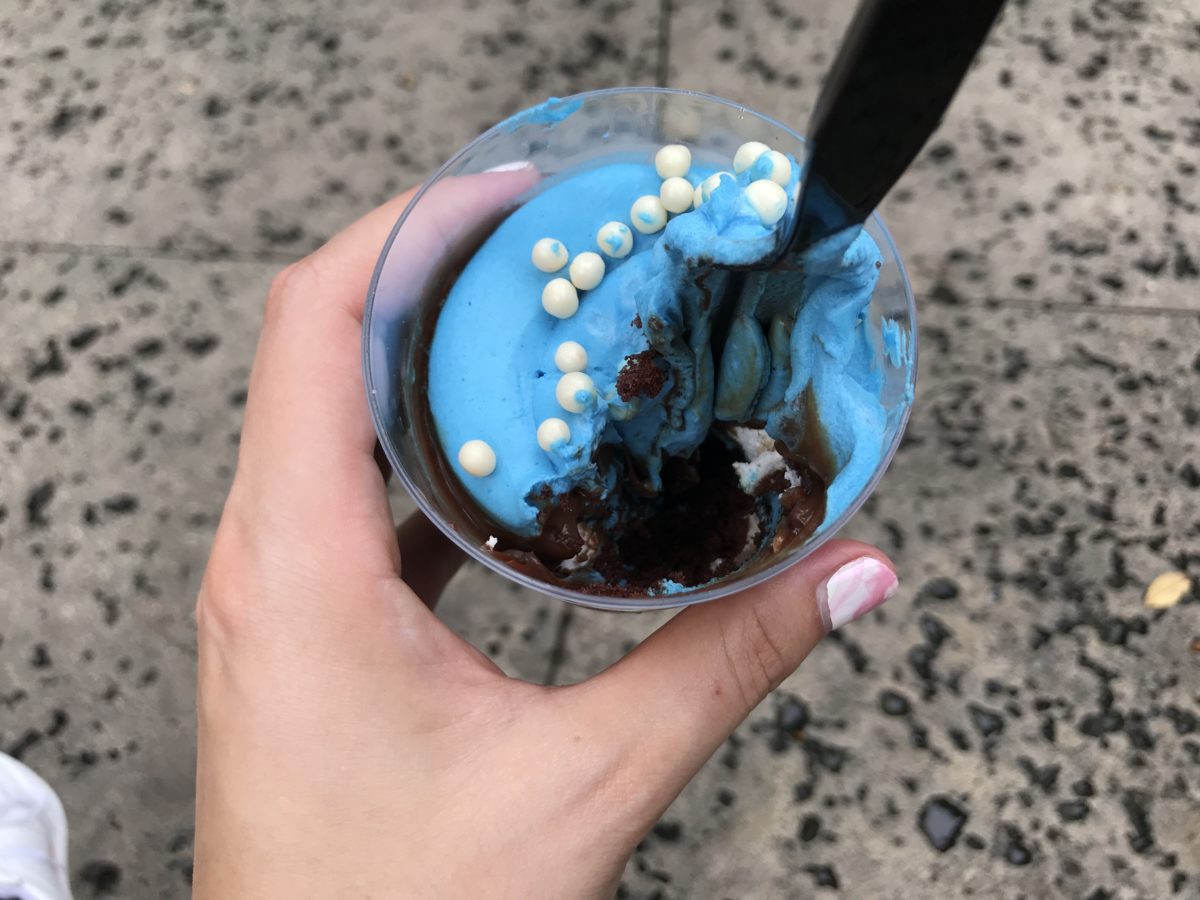 Overall, we found Olaf’s Chocolate Marshmallow Verrine worth melting for. It’s ingredients are simple and classic, making it difficult to go wrong. Eating this dessert will make you feel like you just got a warm hug.