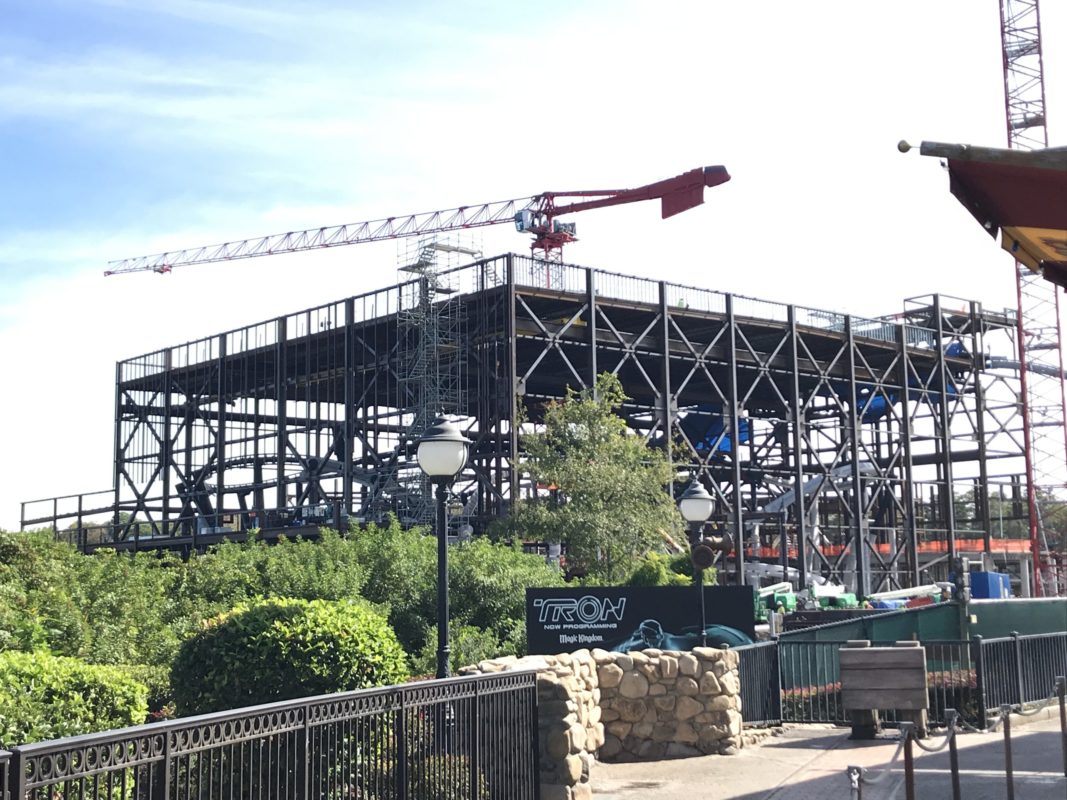 It’s time to check in on one of the most highly anticipated additions to Magic Kingdom’s Tomorrowland, TRON Lightcycle Run. Our last update was the progress made on the exterior track section, which had been the major focus of the last couple of weeks. 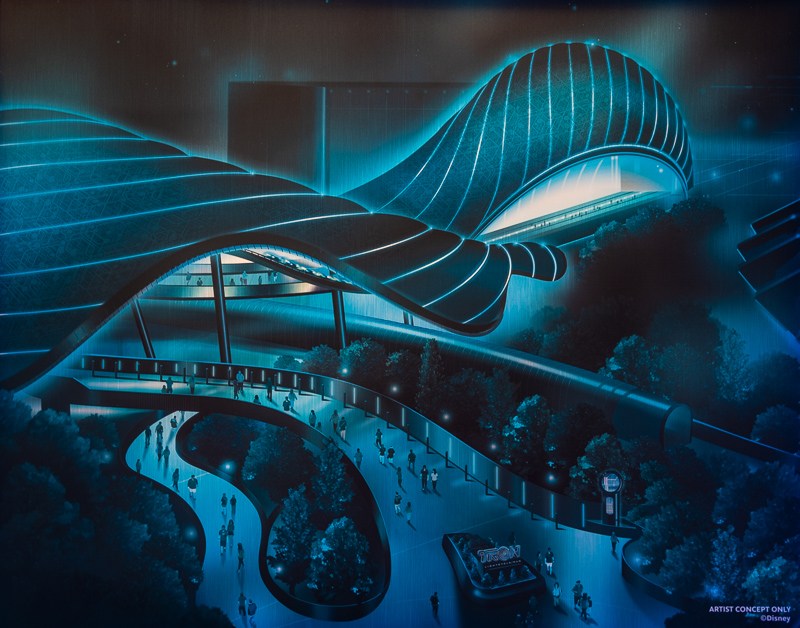 The work on the outdoor track section has made it easier to picture the canopy’s shape featured in the concept art. 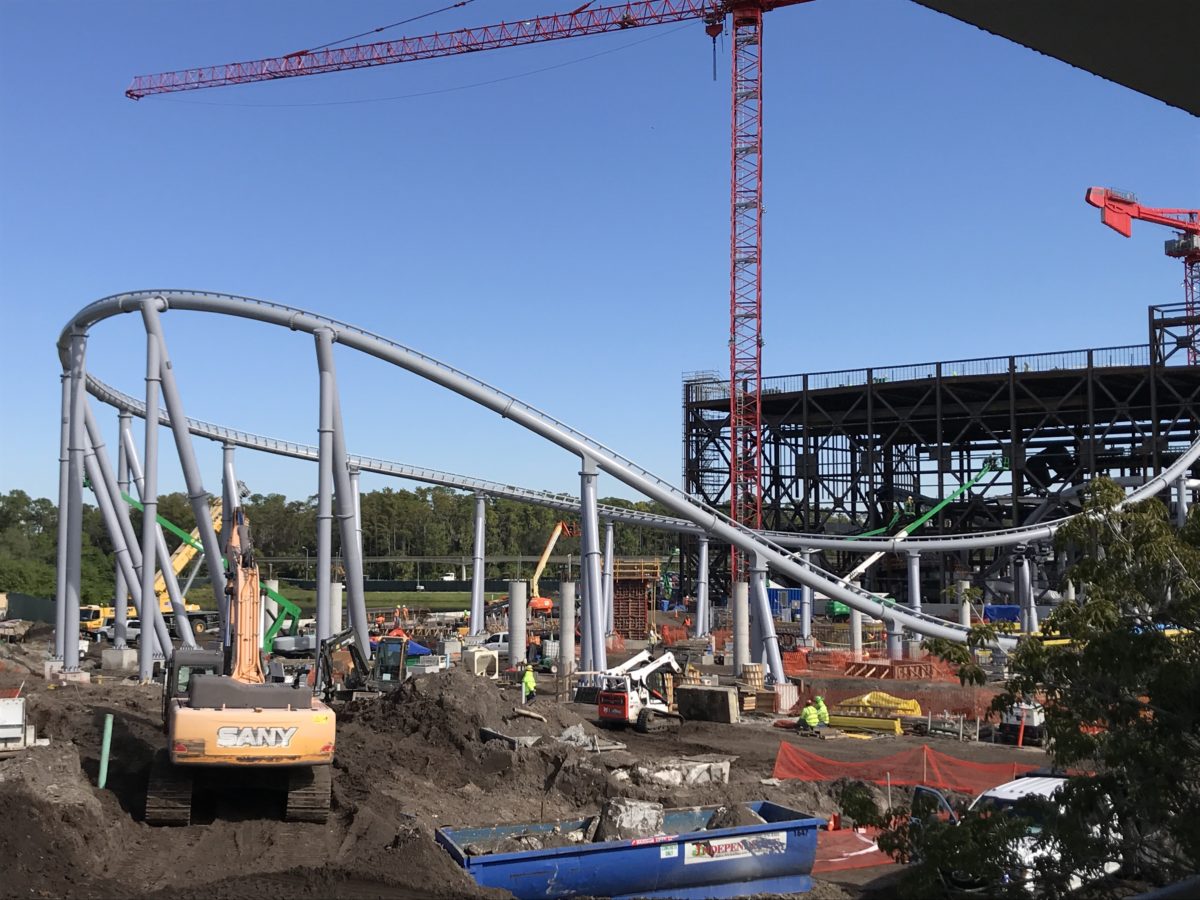 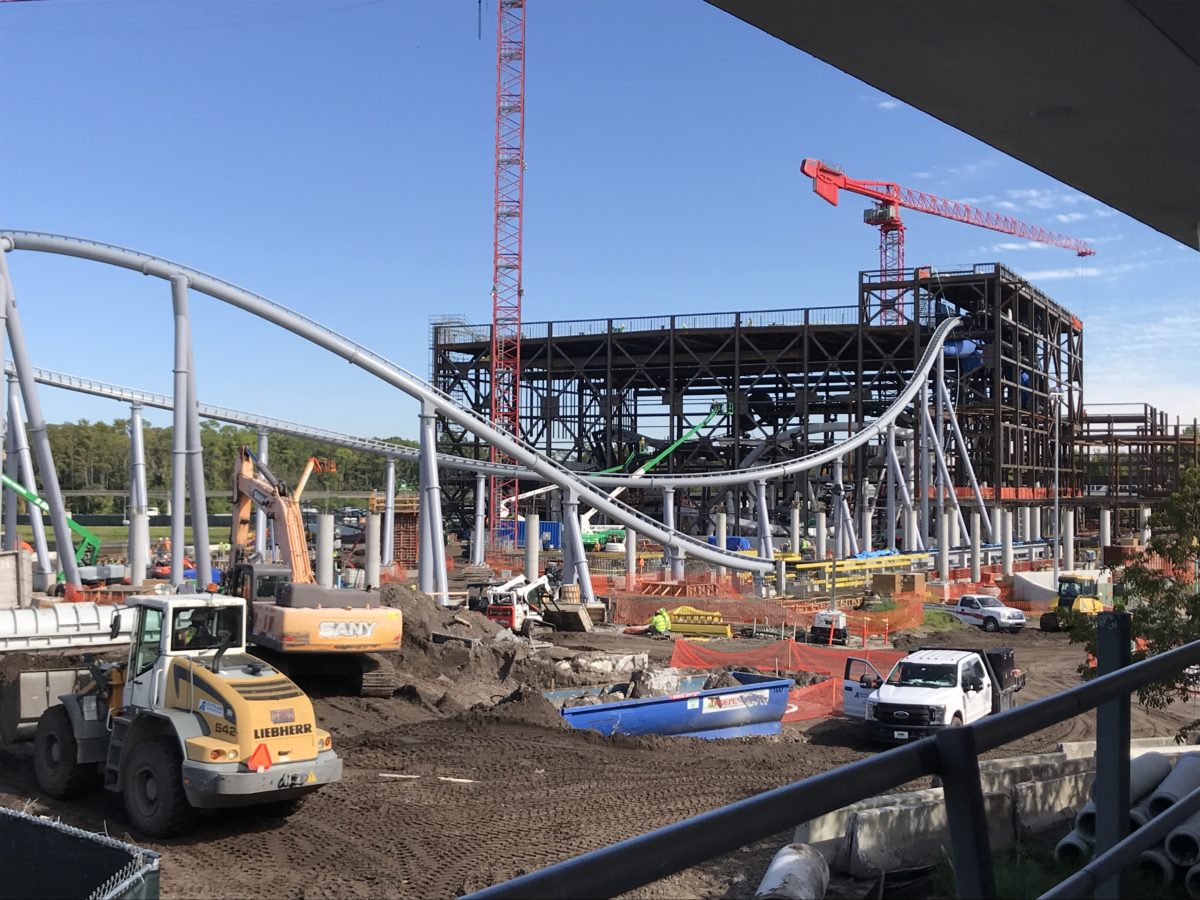 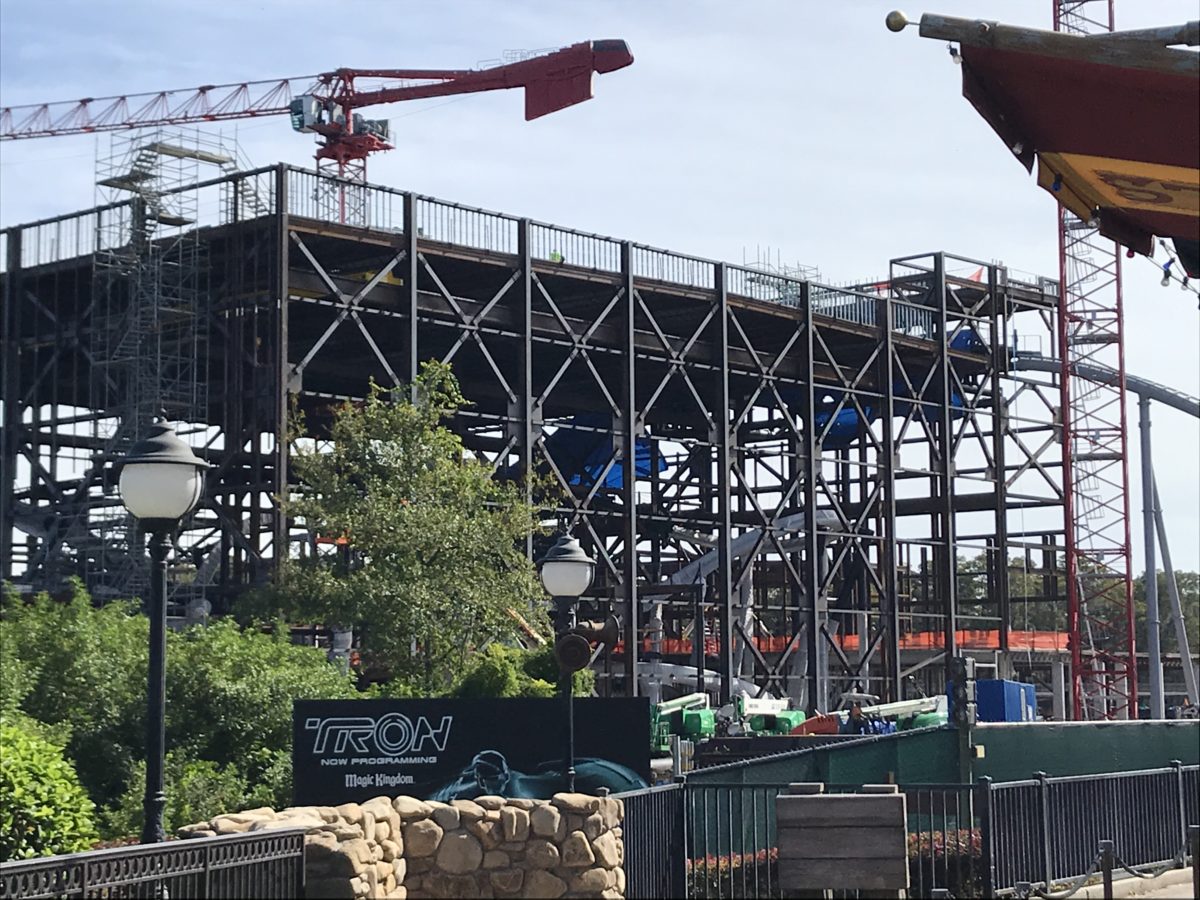 With the outdoor track almost complete, it seems the focus has shifted back to the show building. Sections of the interior track were wrapped in a white material. Blue tarp was attached to the backside of the structure. The biggest change to the show building has been the addition of slats to the top portion. The main show building will house the portion of the ride known as The Grid, filled with brilliantly illuminated shapes and sleek, color-changing TRON iconography. 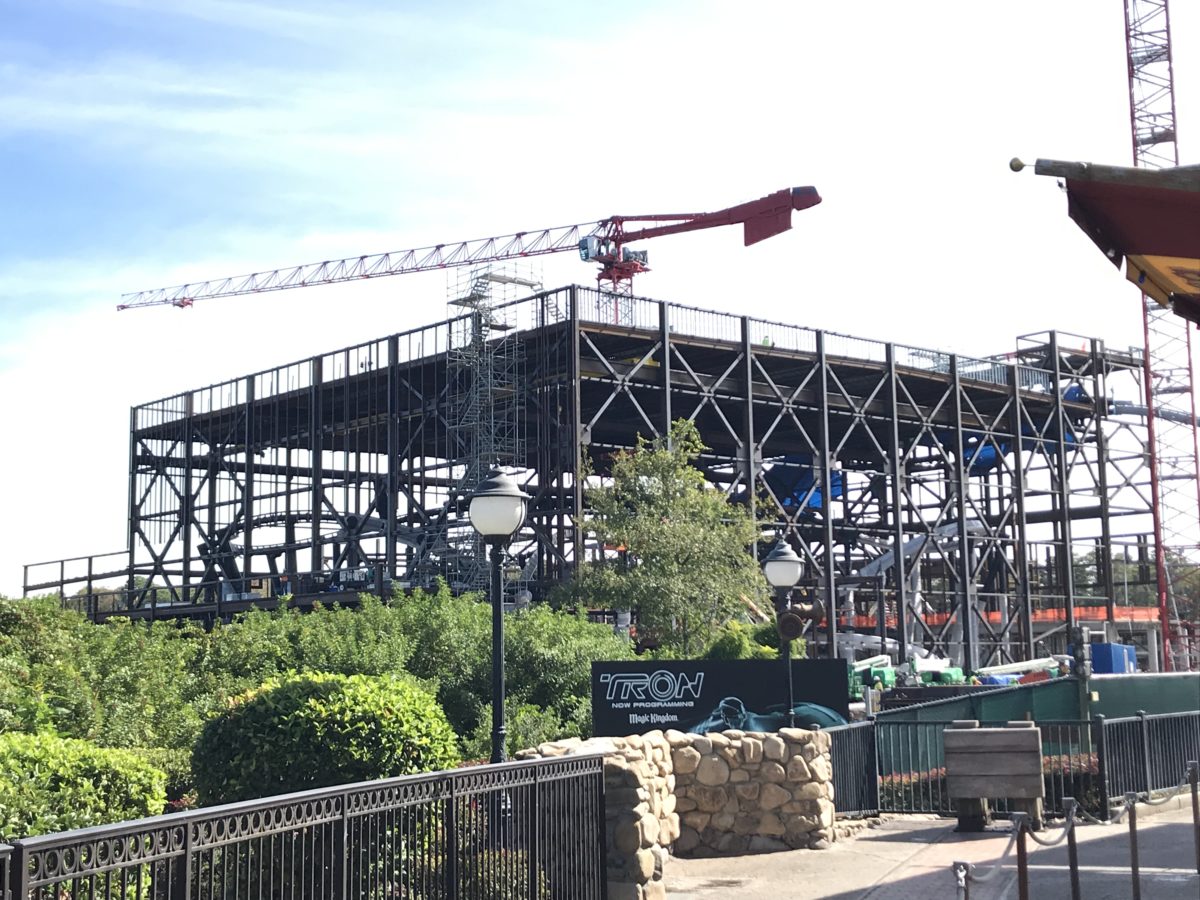 Slats have also been added to the side of the structure. These are an indicators that the show building is well on its way to become enclosed. We wouldn’t be surprised if we started seeing wall panels going into place shortly. Also, earlier today, we noticed the large crane directly behind the structure moving, but we were unable to see what it was lifting. 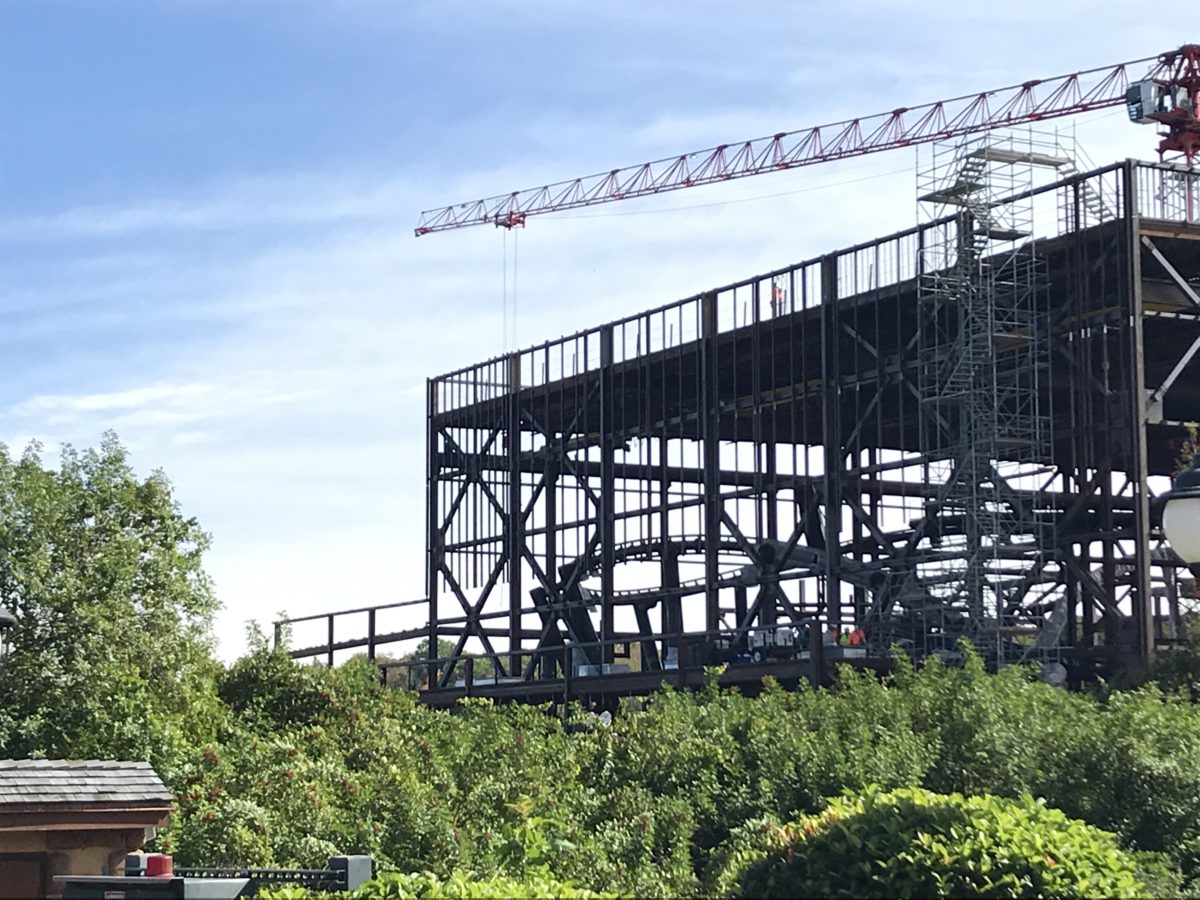 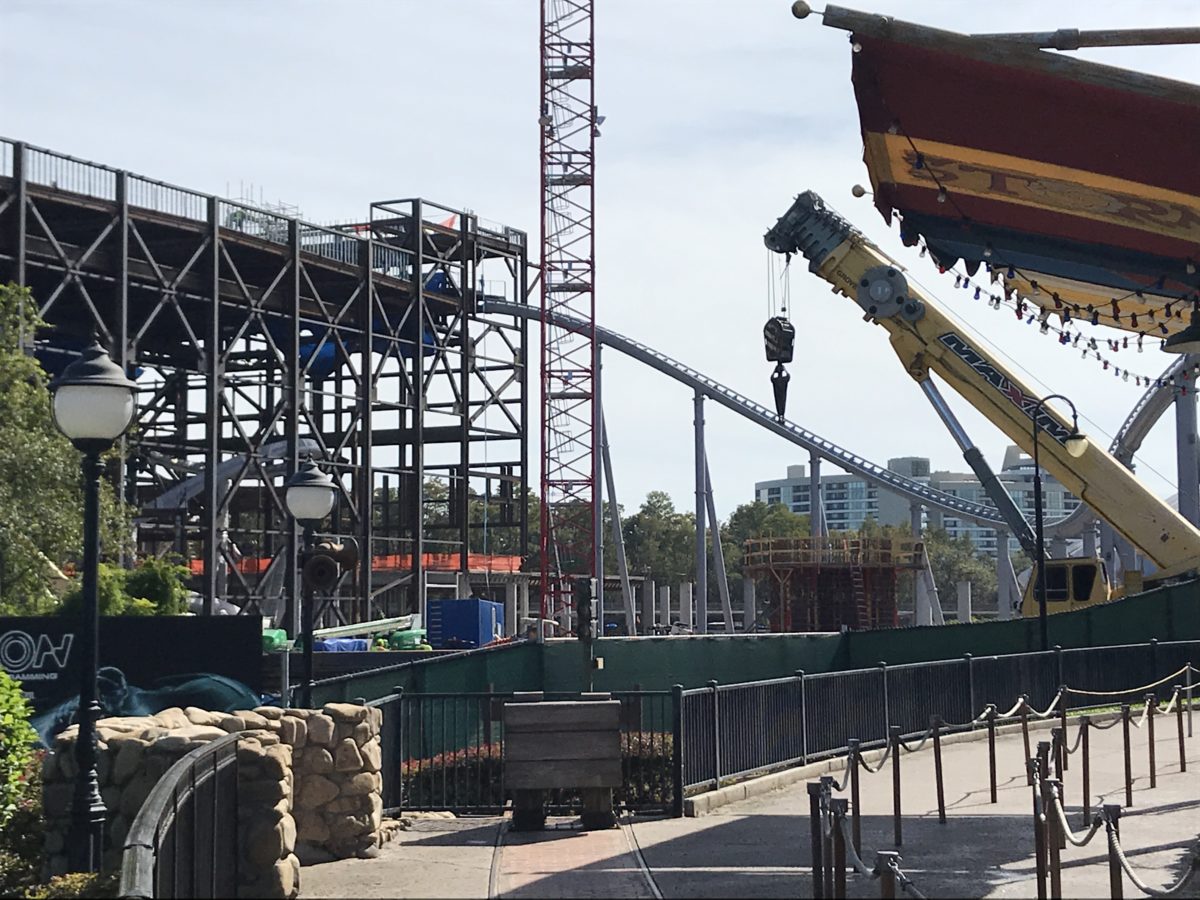 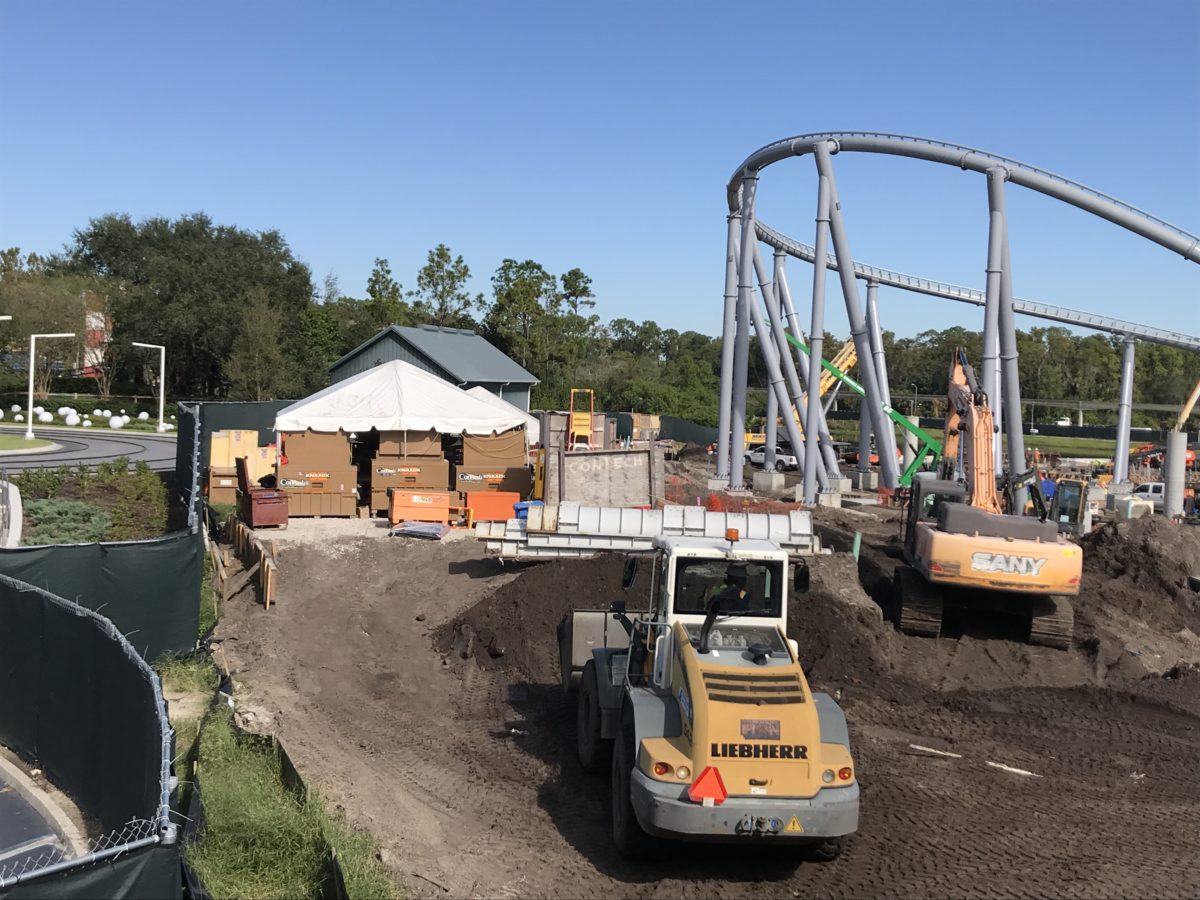 The bulldozer was actively pushing dirt as we looked on. Lots have excavation work has been going on around the outside track. Also, more building materials have appeared and are being stored under and around a white tent. 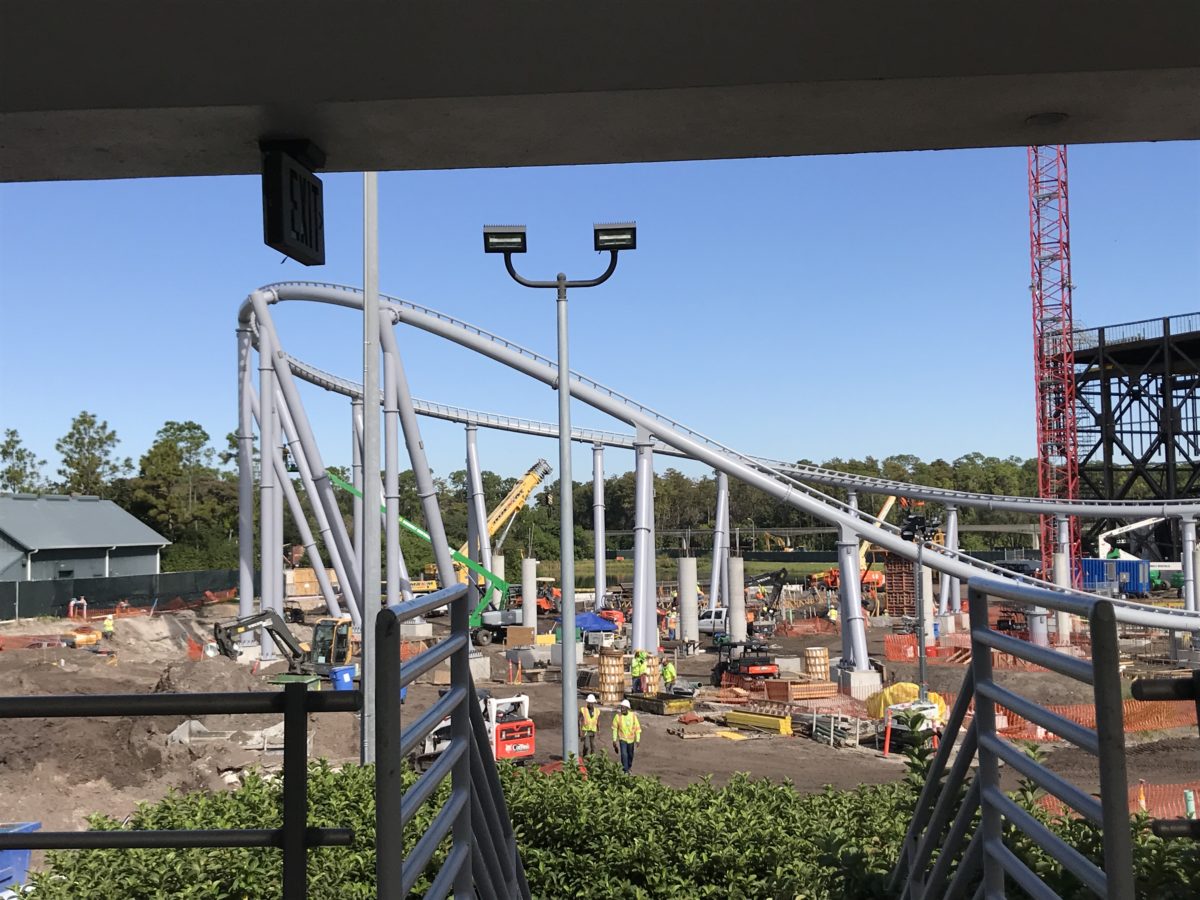 Lately, every time we visit the TRON construction site, workers are present. Today, the majority workers seemed to be concentrated on the outdoor portion of the attraction, though some workers were spotted in the show building.

TRON Lightcycle Run is opening in 2021 to ring in Walt Disney World Resort’s 50th Anniversary. We’re sure it will be just as popular as its counterpart in Shanghai Disneyland. What upcoming Walt Disney World attraction are you most excited for? Let us know in the comments. Follow WDWNT for the most up-to-date coverage of Disney’s construction projects.