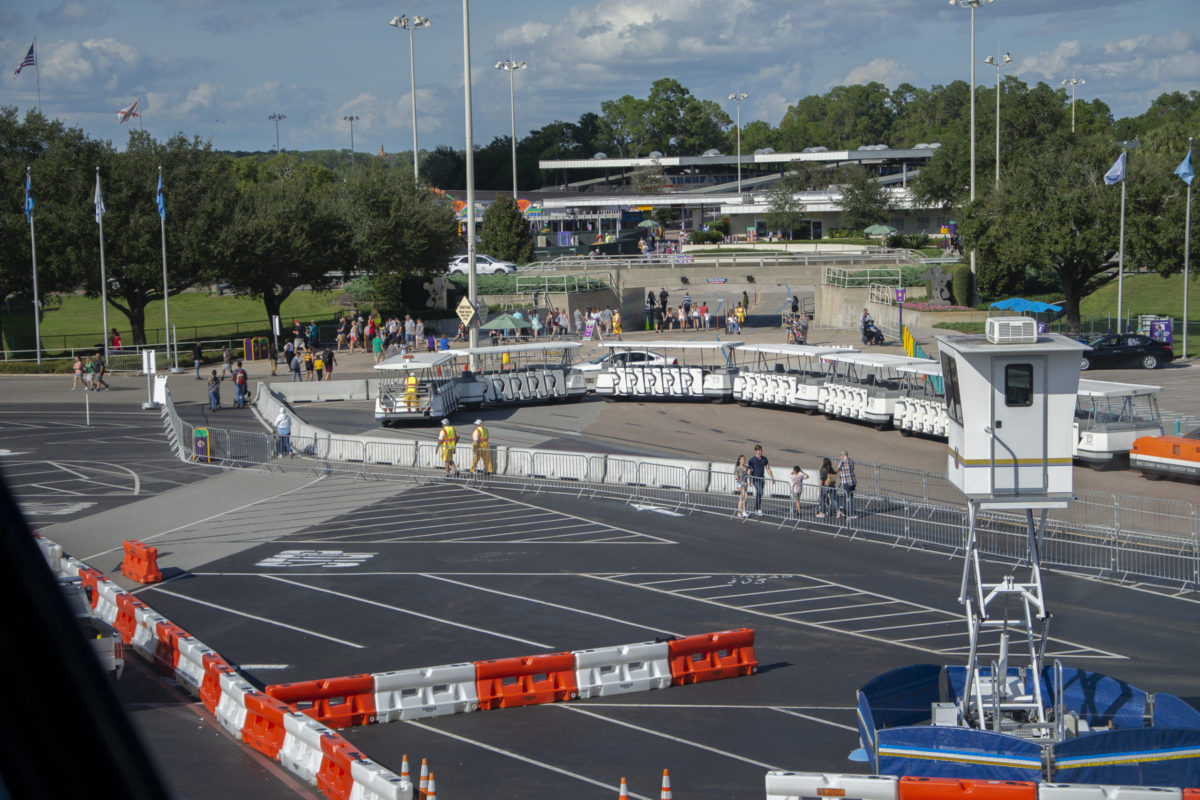 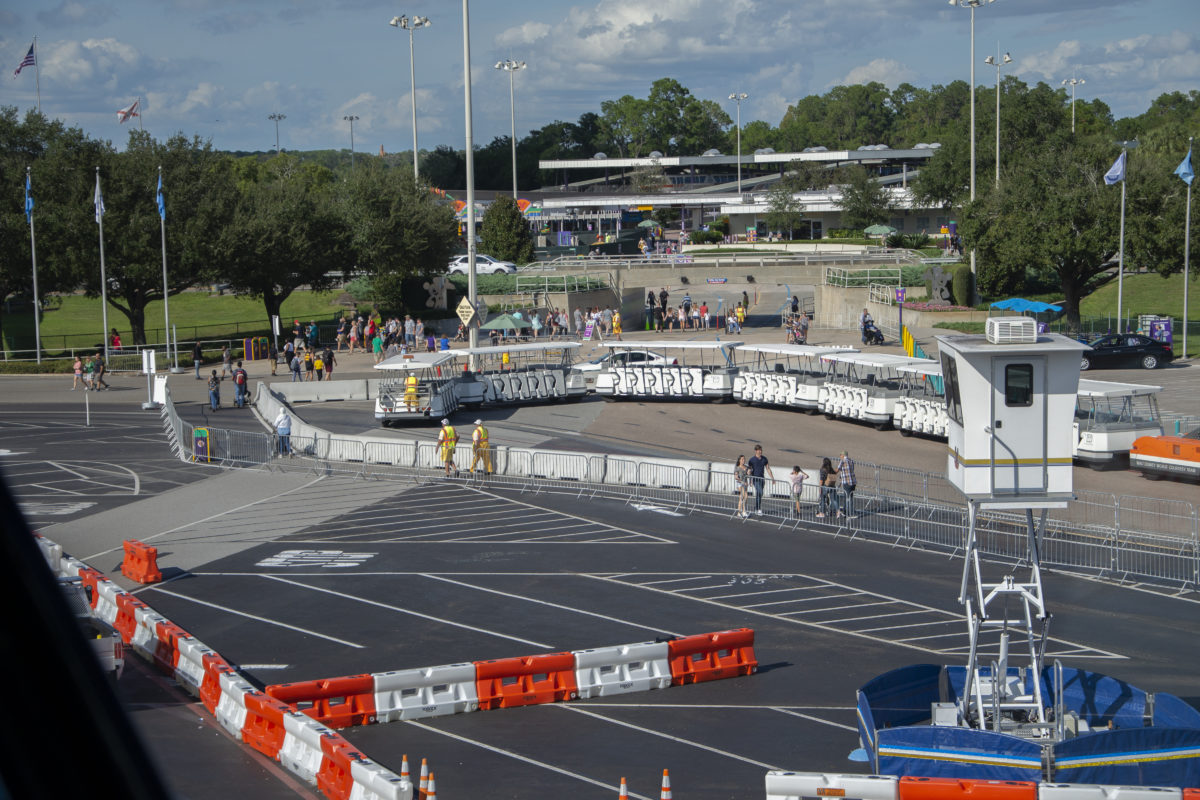 As the tram loop refurbishment continues, guests are still being dropped off before the tunnel under Seven Seas Drive. 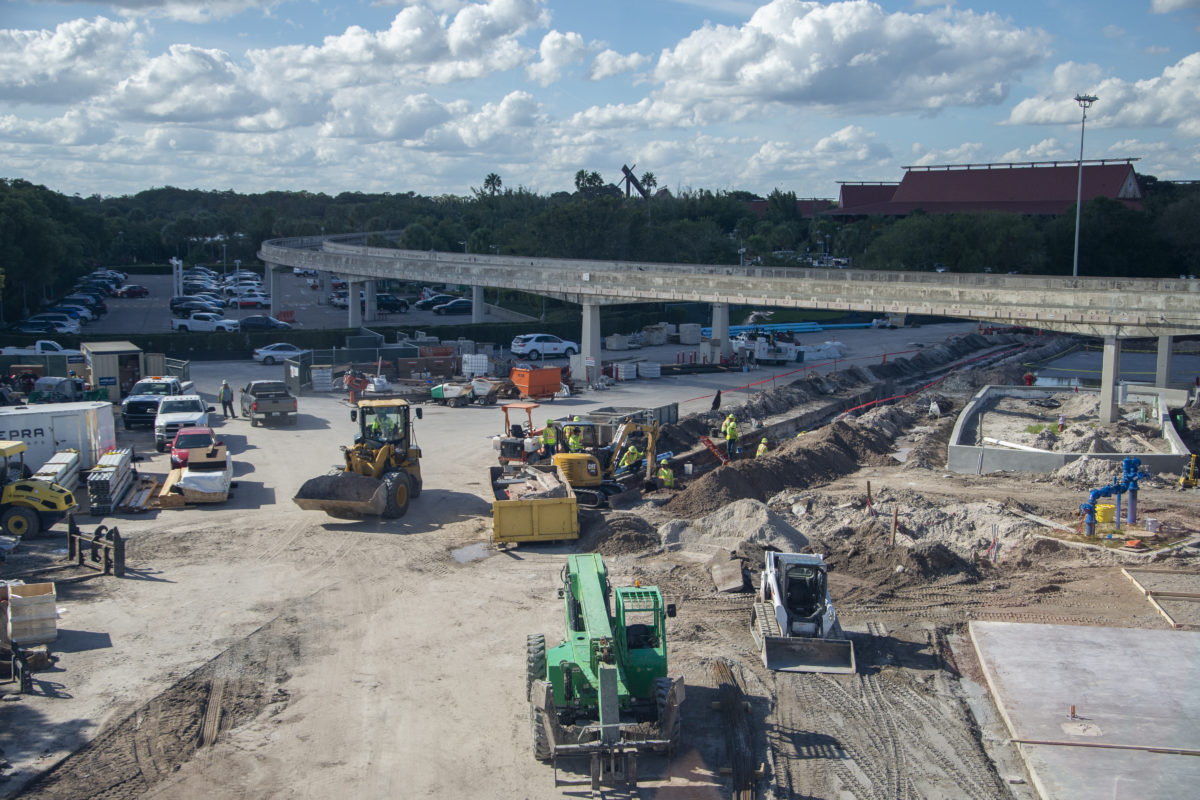 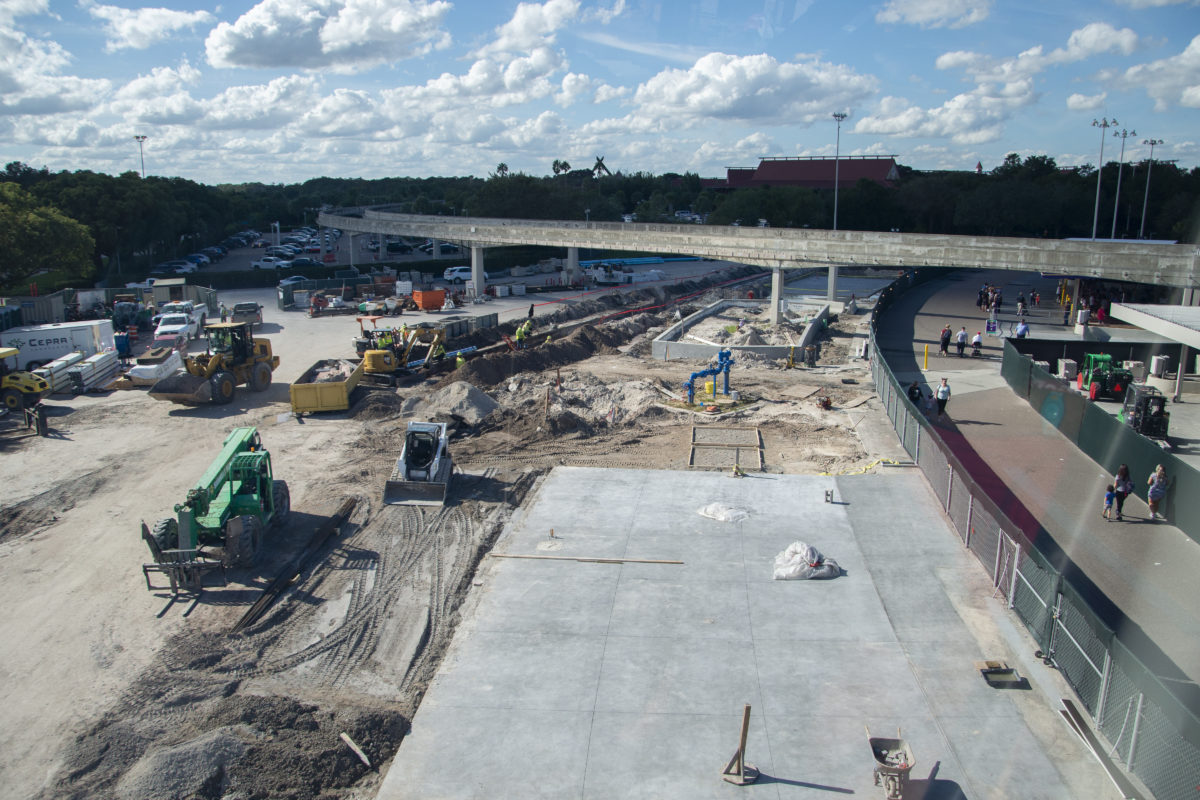 Several large sections of new concrete have been poured behind the construction walls. A new planter wall that encompasses one of the Monorail track supports has also been erected. 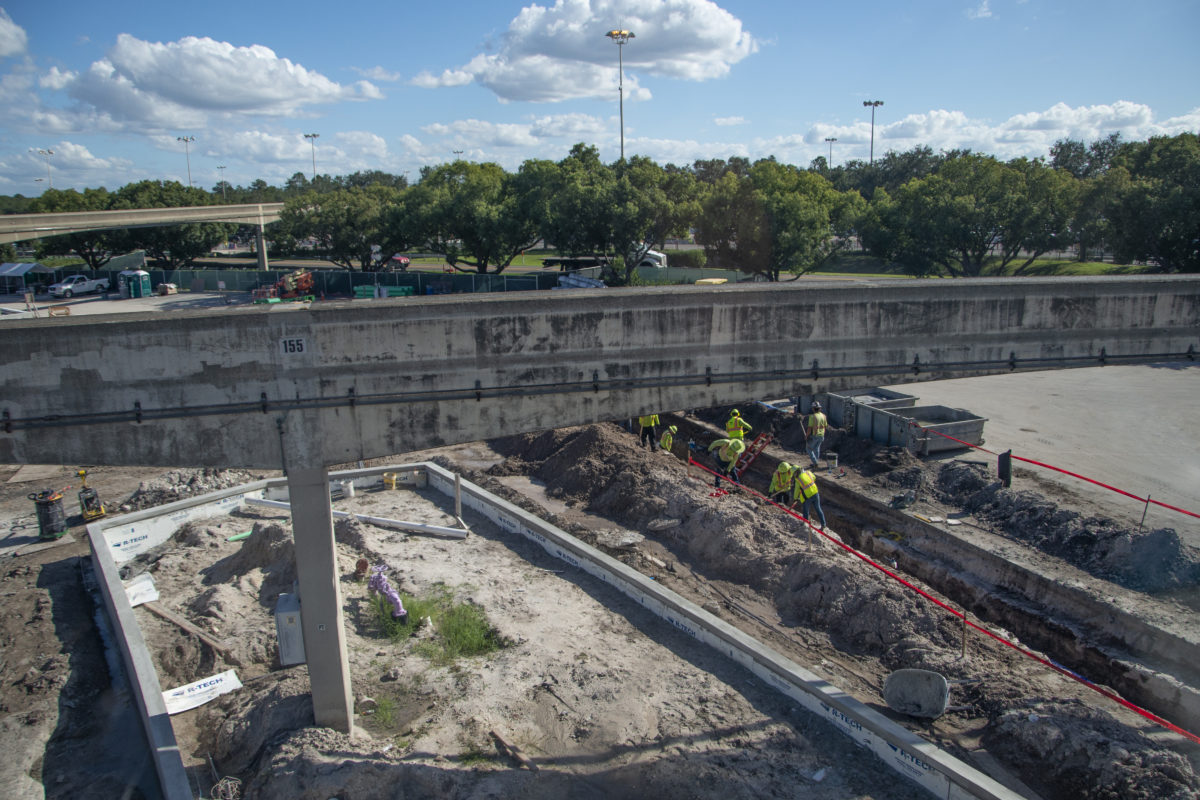 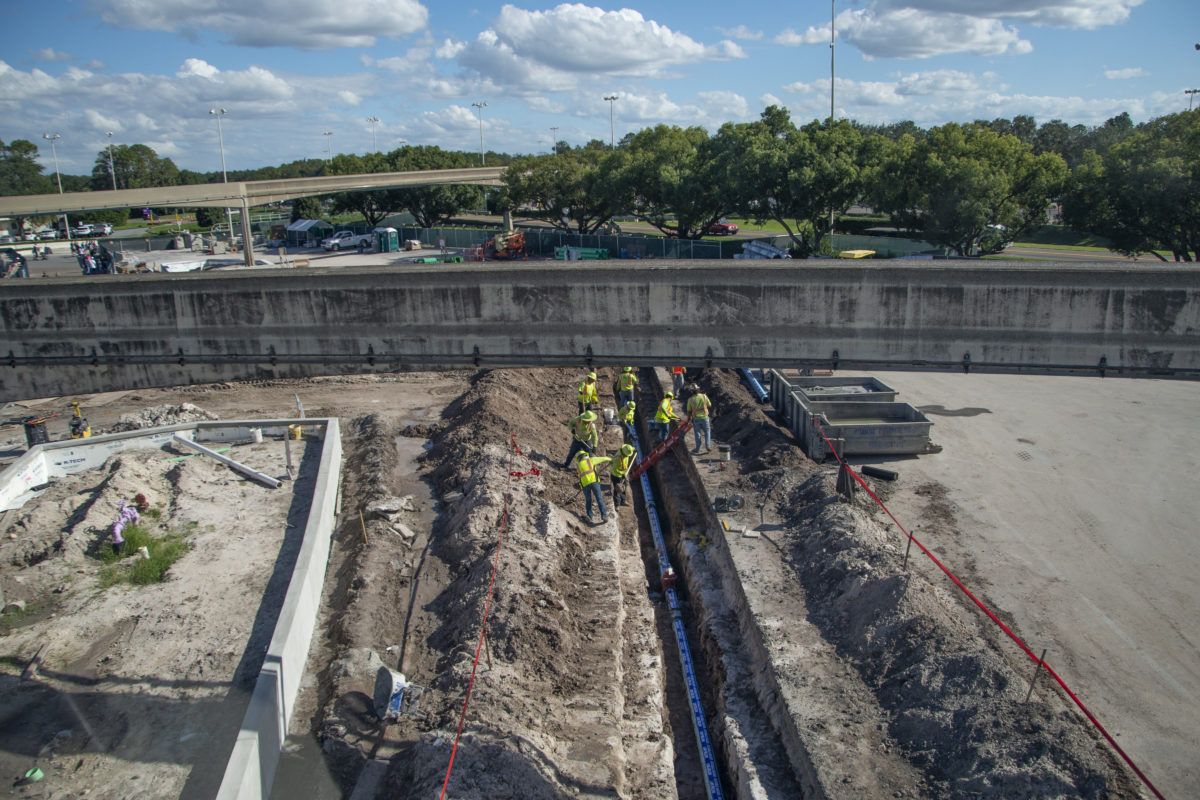 Workers were hard at work installing new potable water lines under trenches dug in the dirt. 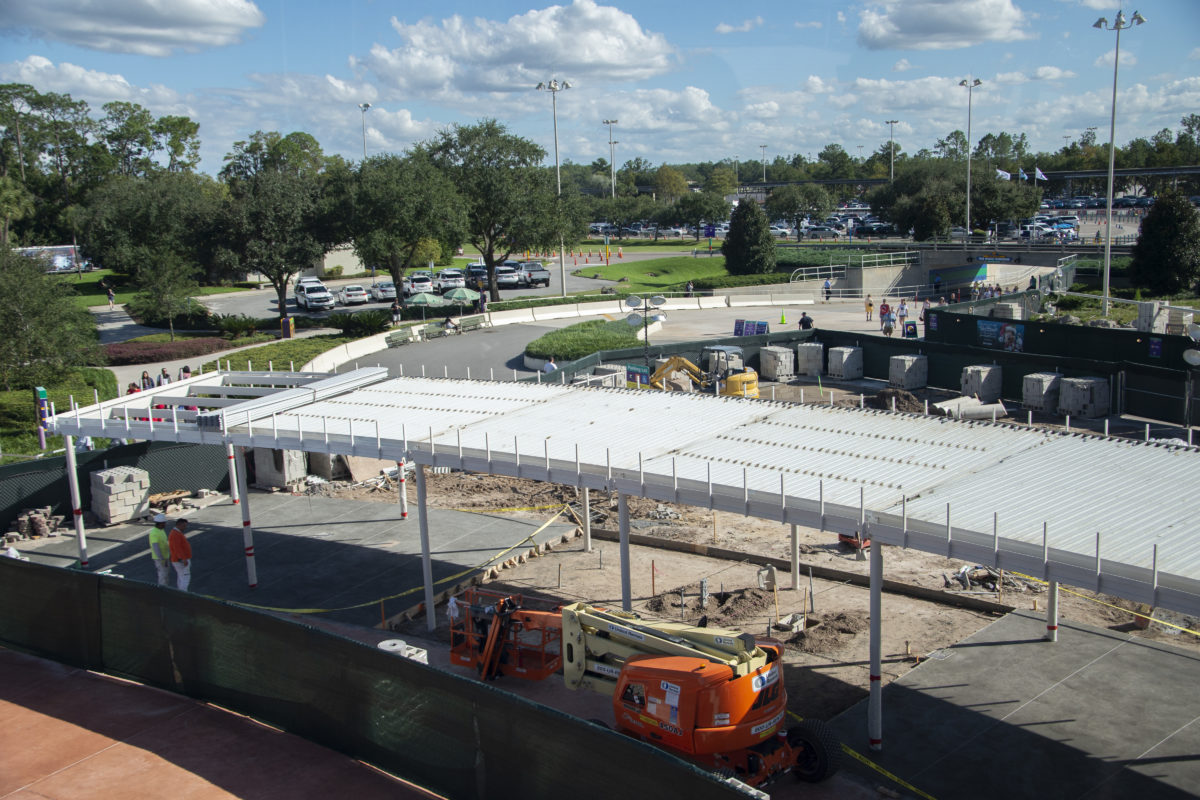 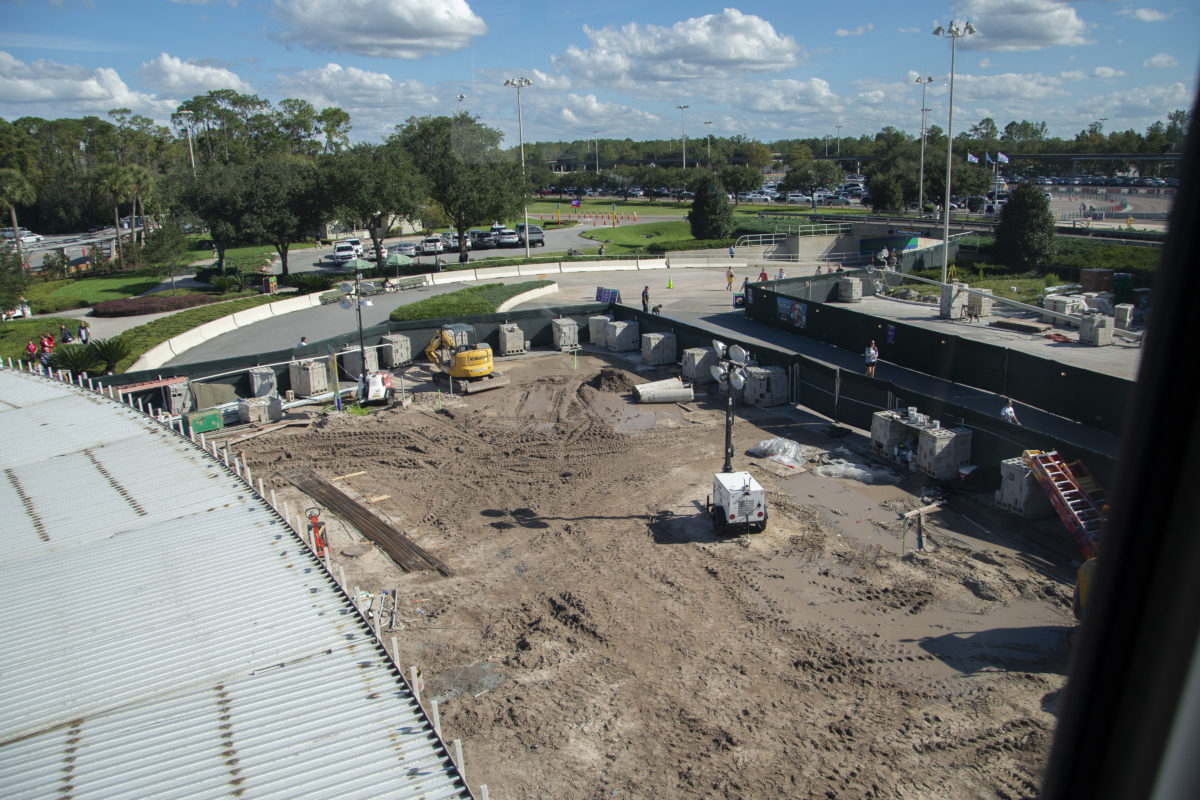 As we look towards the newly installed roofing over the new security screening area, we can see new concrete has been poured underneath these as well. Behind them, rebar can be seen ready to be installed. 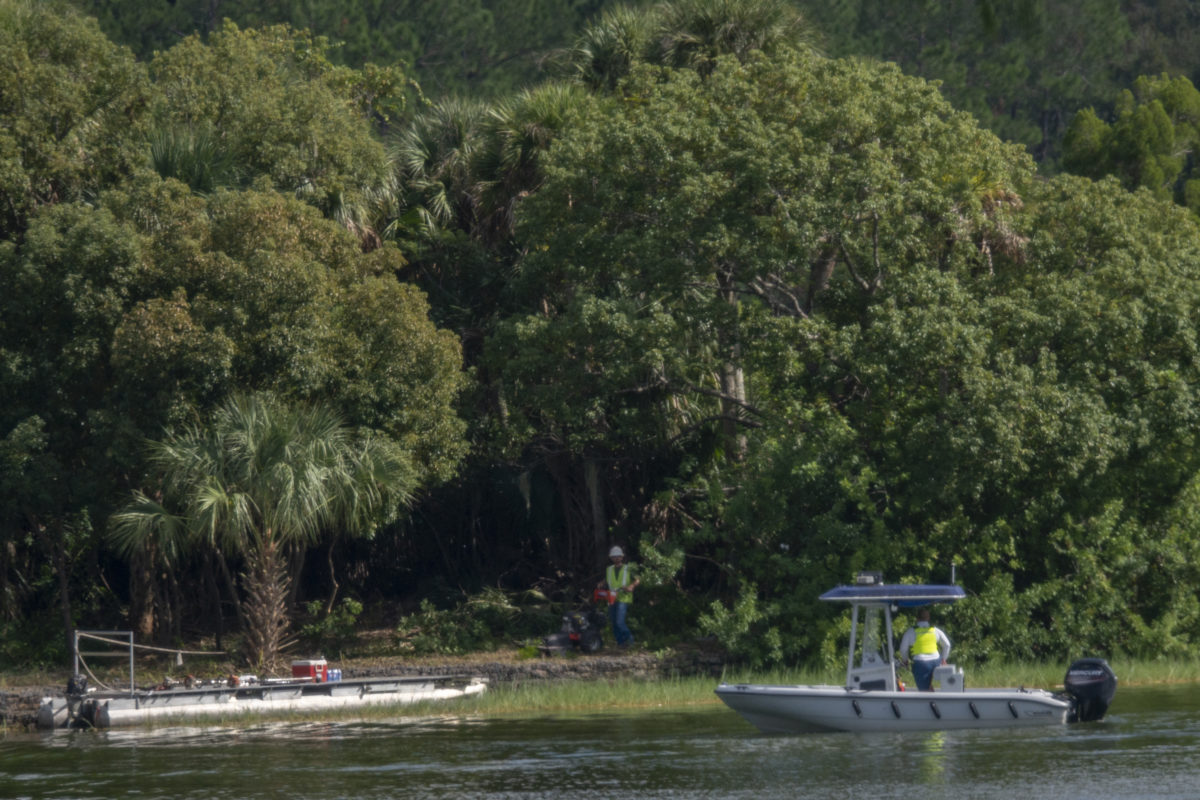 Across the water on one of the islands in Seven Seas Lagoon, workers were seen mowing and trimming some of the foliage. This may be in preparation for the fireworks displays that are shot off from the lake’s islands during New Year’s Eve.

That does it for today’s update from TTC. Are you excited for the new entrance work to be completed?