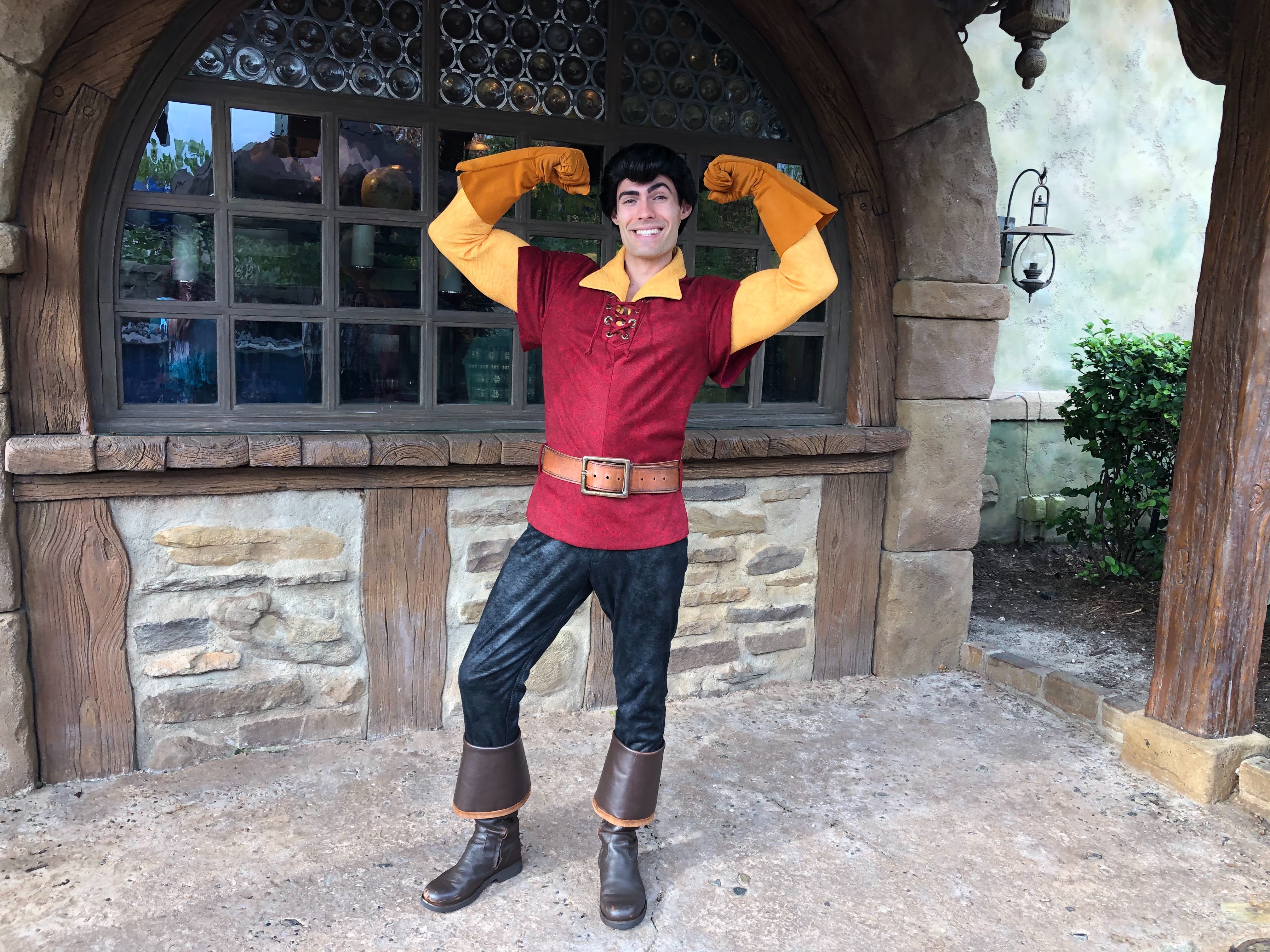 Not a bit of him’s scraggly or scrawny, and now he’s got a new outfit, too. That’s right, no one dresses like Gaston, and today at the Magic Kingdom, he’s sporting new duds as his whole look has been revamped. 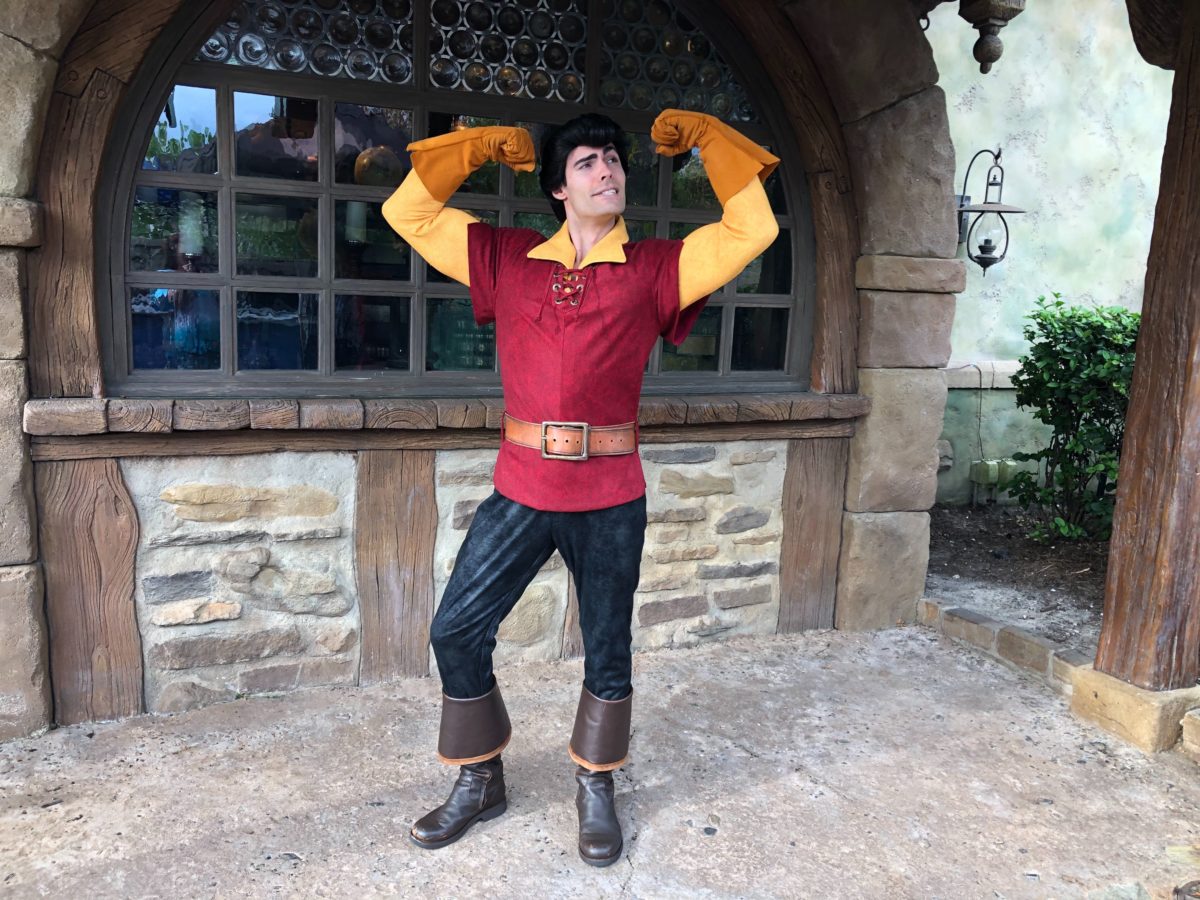 We headed over to Gaston’s usual meet and greet by Bonjour! Village Gifts in Fantasyland to check out his new look. Of course, he appreciated all of the photos. He claimed he changed up his look in an attempt to catch Belle’s eye.

His new look features a different take on the tunic he usually wears. Now, his red shirt features grommets and laces as opposed to the old v-neck style. He still has his golden leather hunting gloves, but now he wears a yellow long-sleeved undershirt. This is kind of a blend of his animated style (the short-sleeved red tunic) and his old meet and greet costume, which featured a long-sleeved red tunic. He’s still rocking his usual belt, but his pants have changed to a darker, baggier style of pant. His boots look slightly different as well. I’d say this look is a slightly more… historically accurate take, albeit an odd departure from the way he’s usually depicted. His arm muscles seem notably less cartoonishly prominent as they were with the last iteration, but there’s still some bicep padding on there. 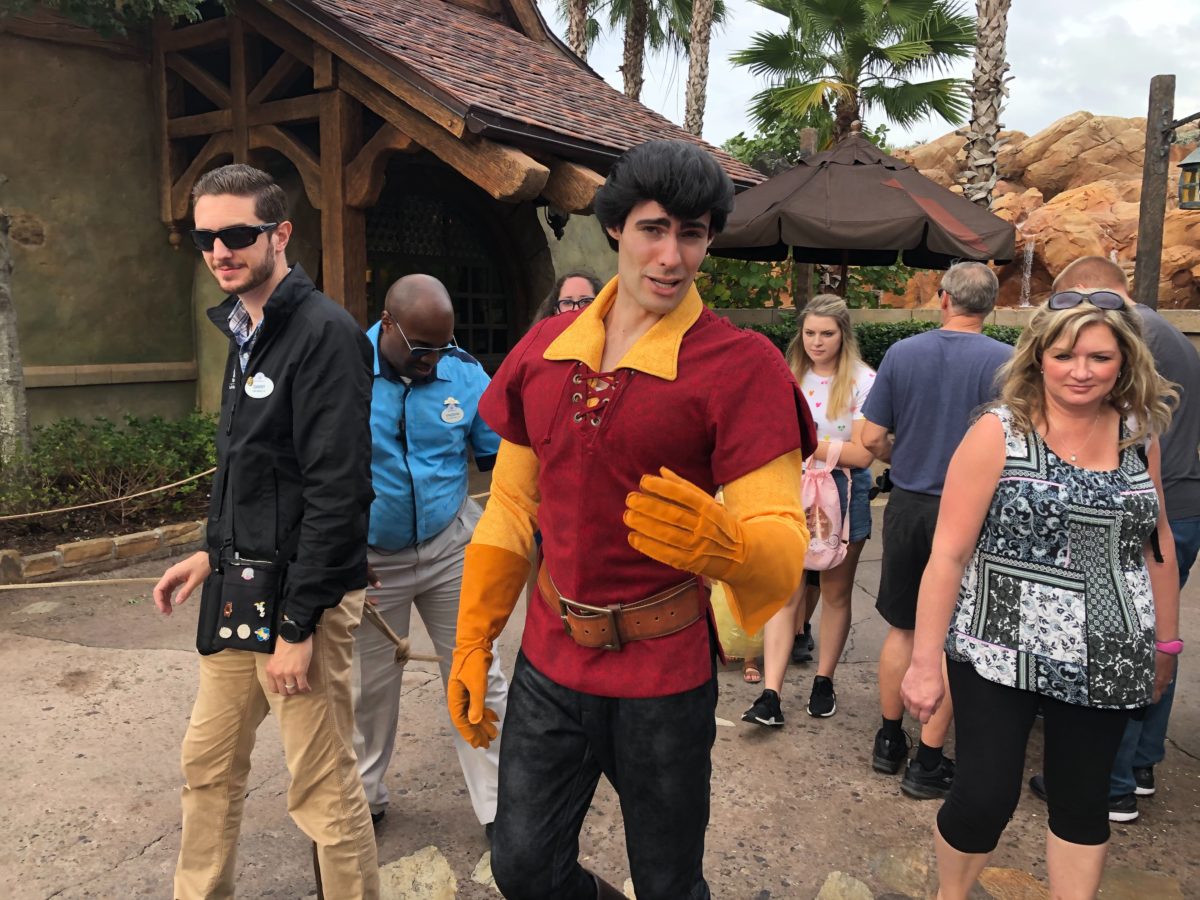 Of course, he’s still as charming and practically primeval as always. 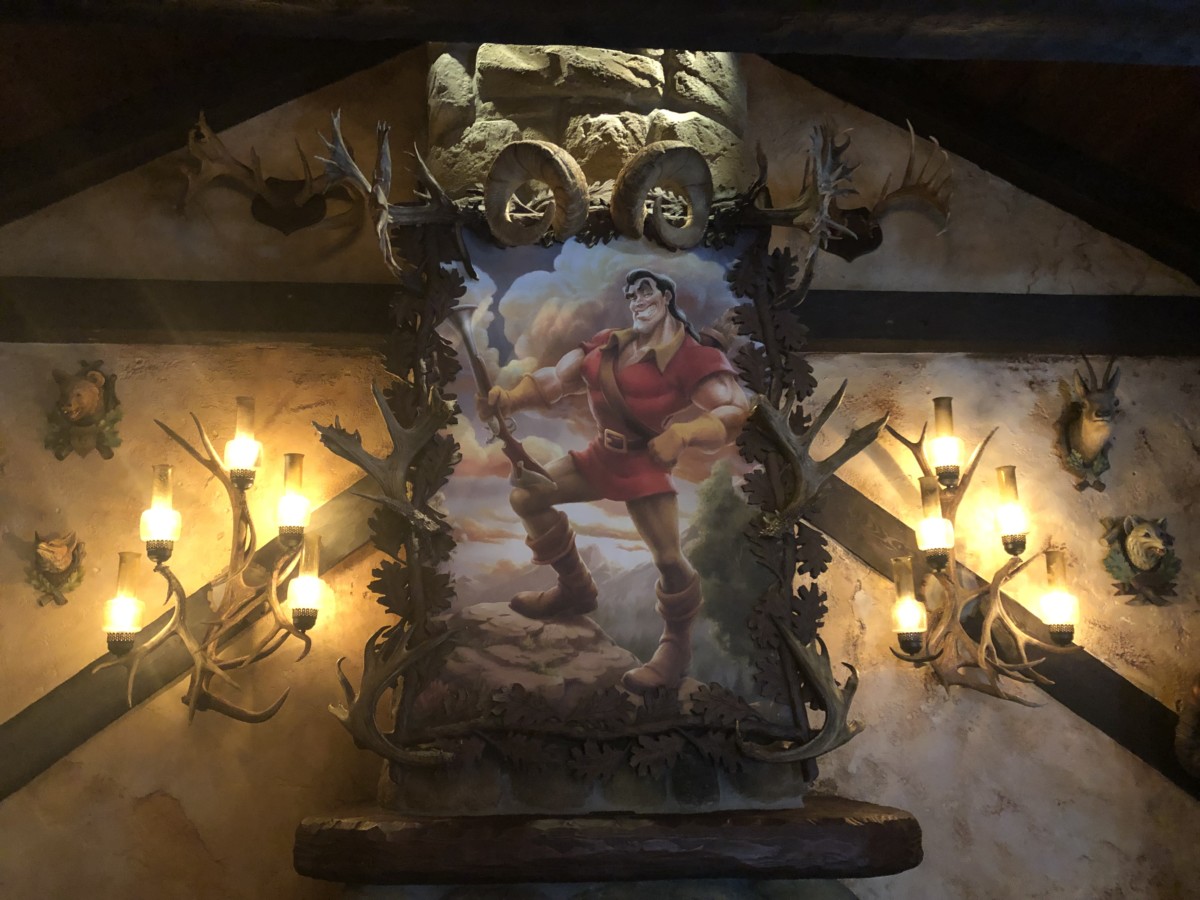 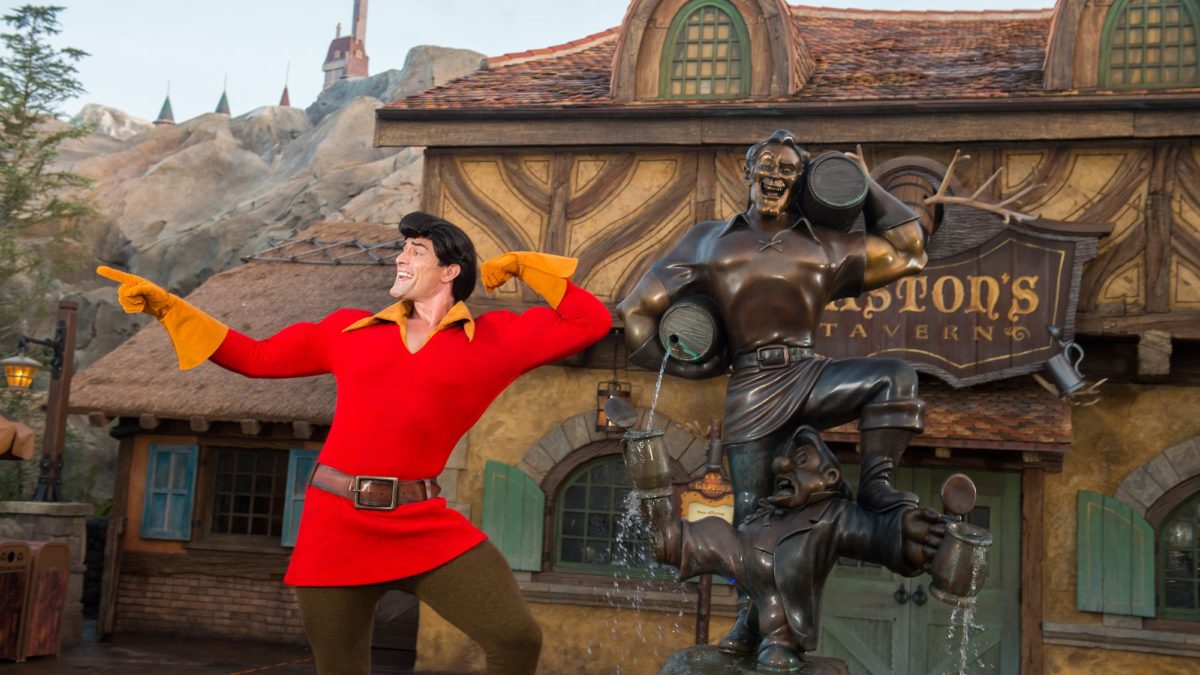 …and how his outfit looked like up until the costume change.

And why stop at photos? You can watch Gaston gloat about his new clothes in the hilarious meet and greet video below:

What do you think of Gaston’s new look? Will you be passing by his meet and greet to swoon over his muscles or challenge him to some good, old fashioned arm wrestling? My, what a guy that Gaston…