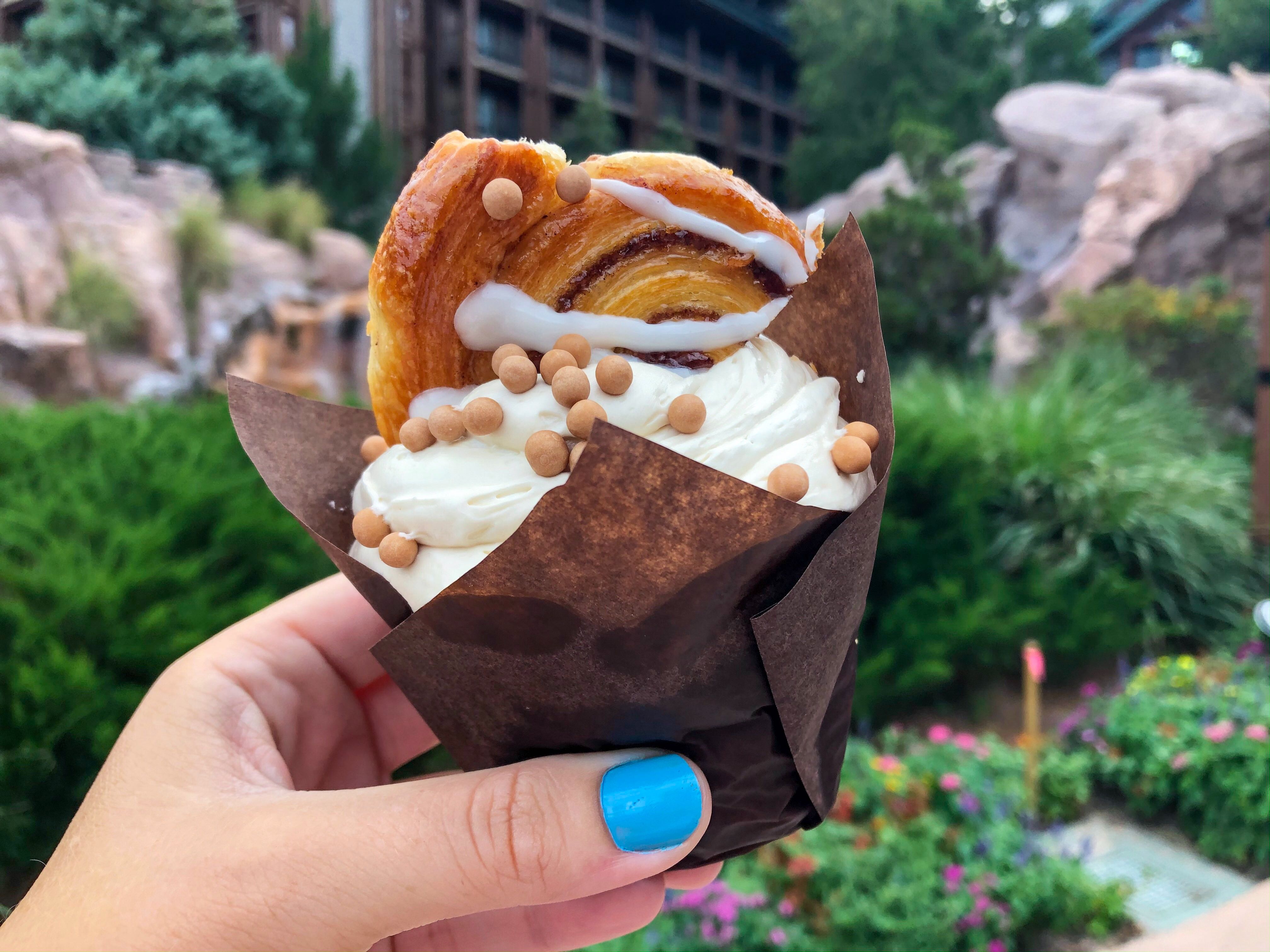 REVIEW: New Cinnamon Roll Cupcake at Roaring Fork Is Yet Another Hit for the Disney’s Wilderness Lodge Baking Team

Cupcakes for breakfast is perfectly acceptable on vacation, especially when they’re dressed up with a cinnamon roll. That’s right, the new cinnamon roll cupcake has rolled into Roaring Fork at Disney’s Wilderness Lodge and we made a special trip out here just to see (and taste) it for ourselves. 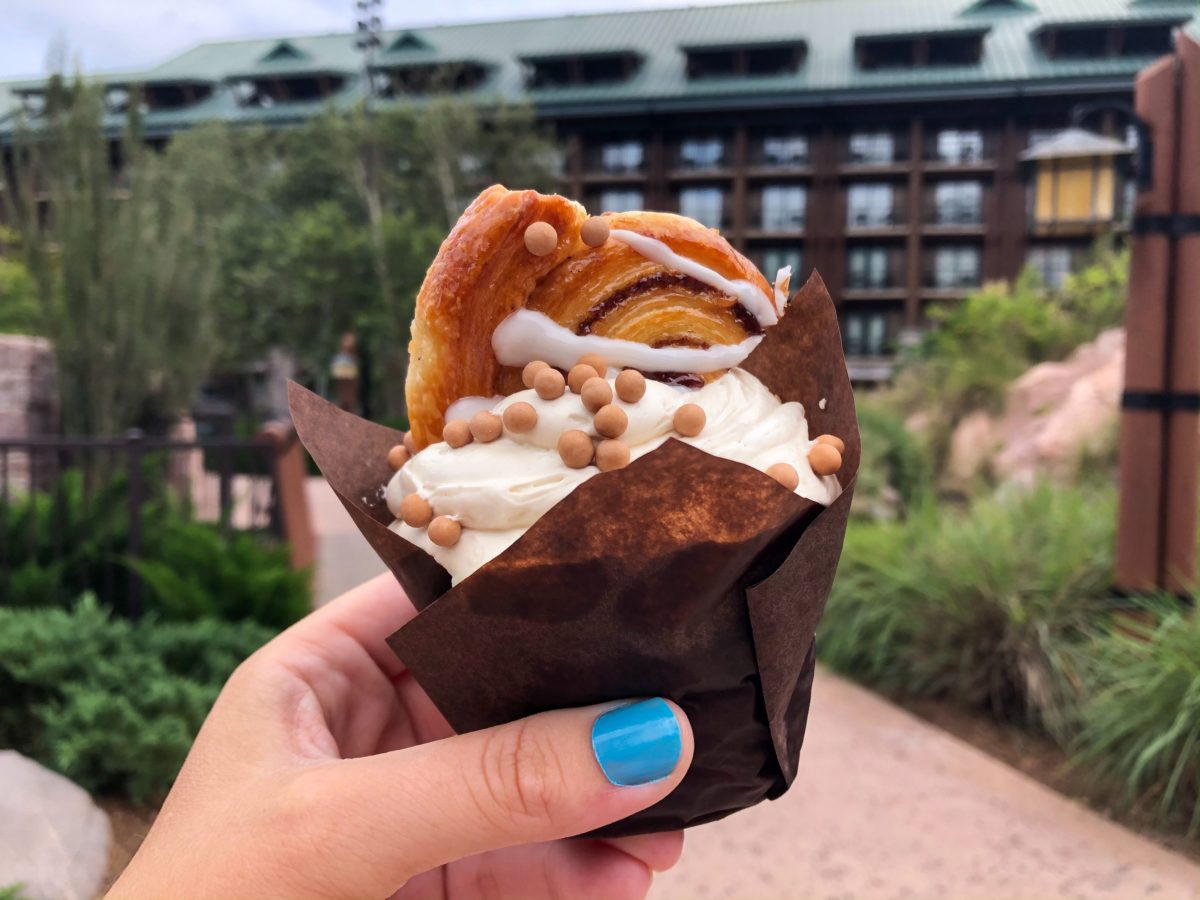 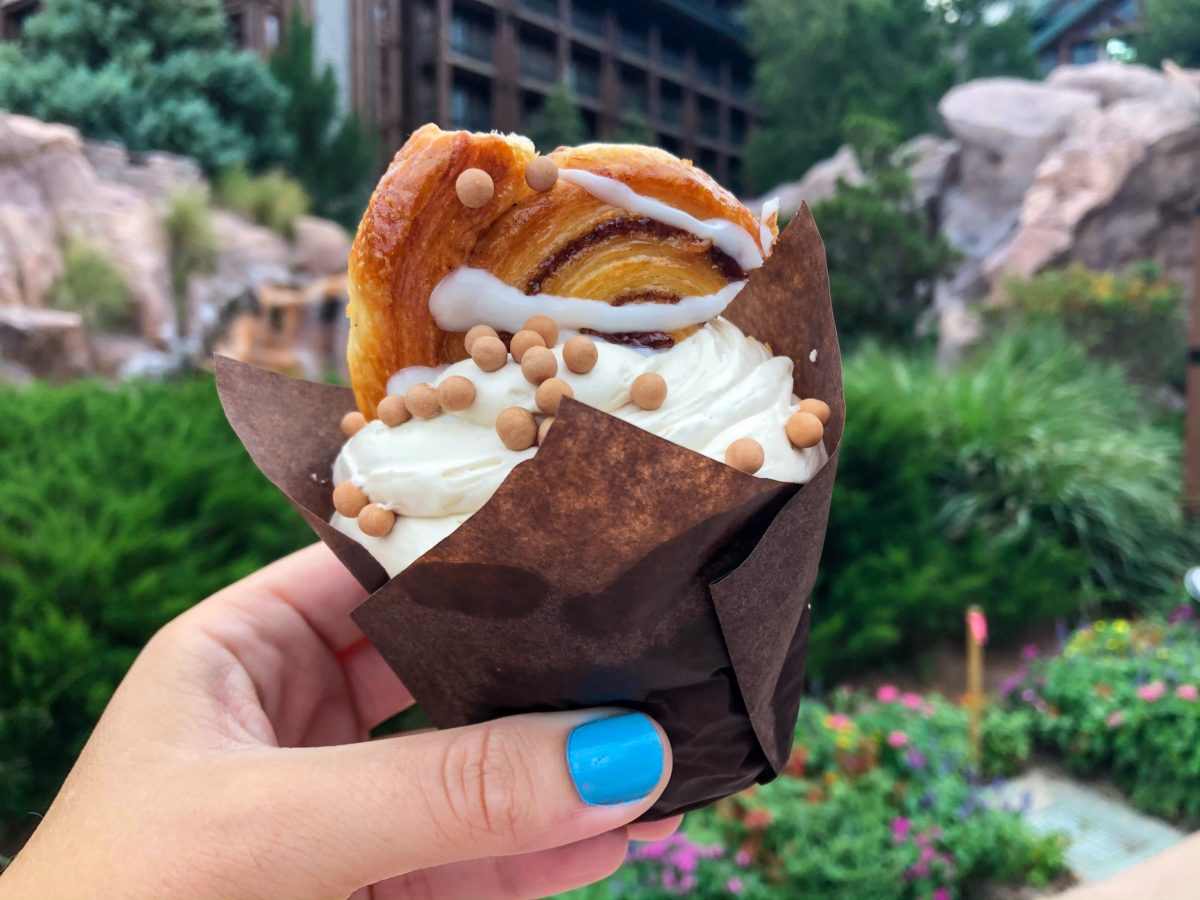 Look at that gorgeous topping. The frosting is just dreamy. It looks so smooth and whipped, we can’t wait to try it. Crispy pearls are sprinkled across the top, but the star of the cupcake is half of a mini cinnamon roll sitting atop the frosting. 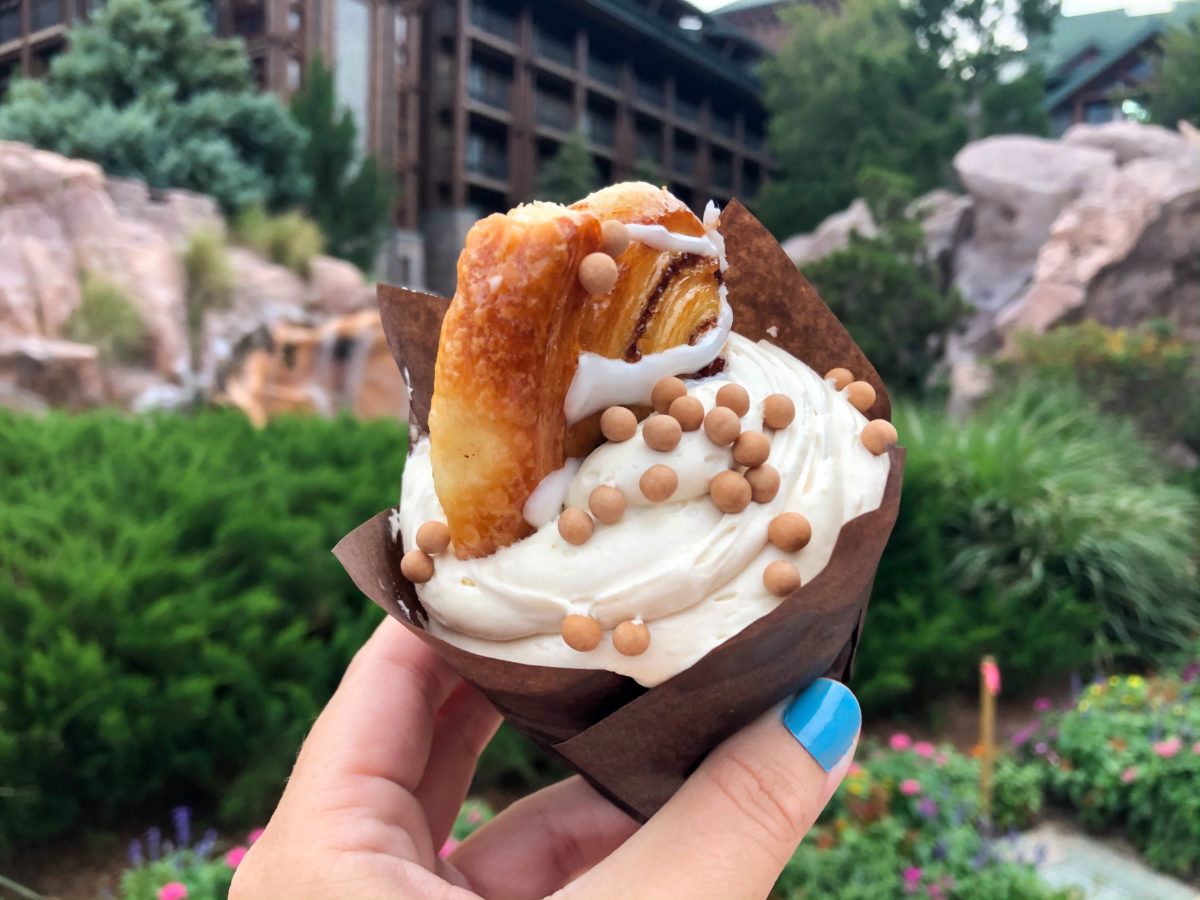 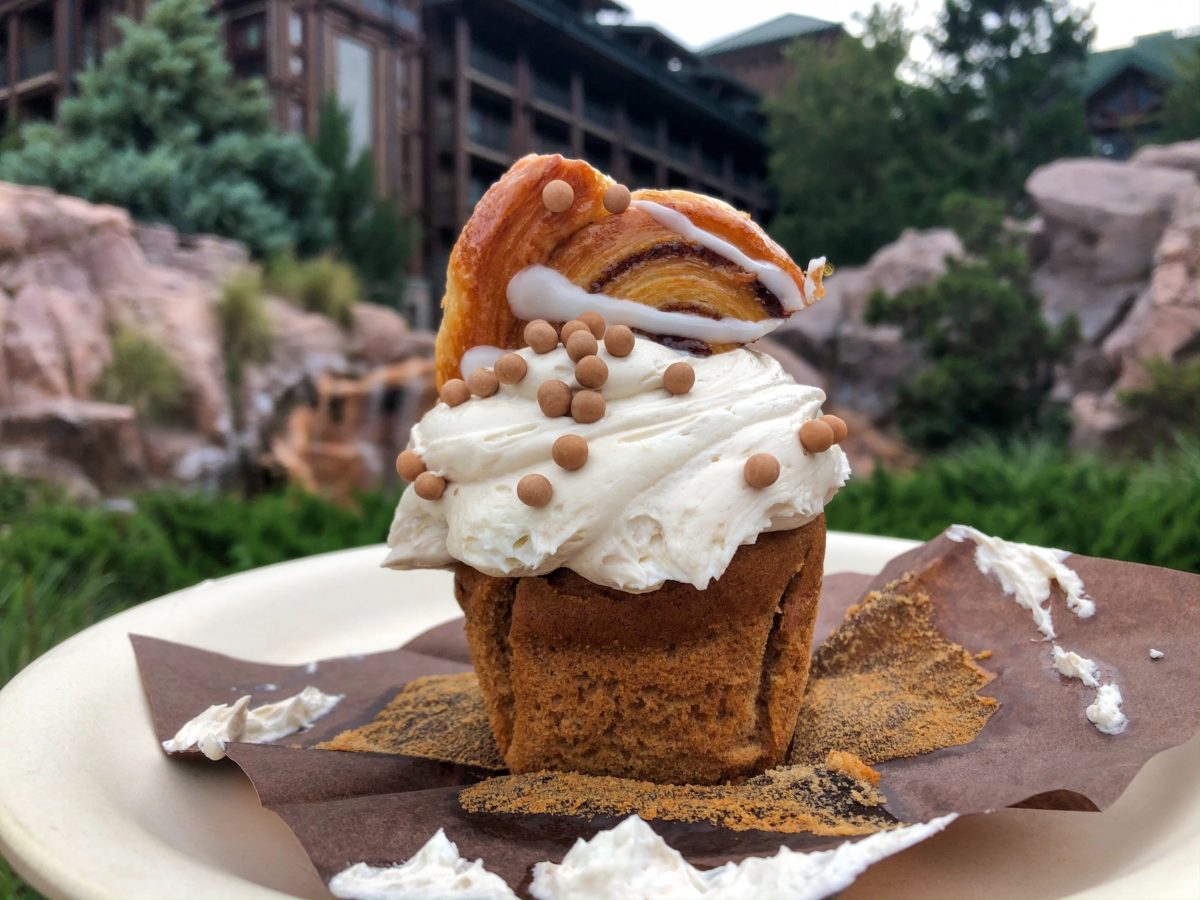 The wrapper peels away easily, showing the spice cake underneath. It’s got a nice coloring, and looks very dense. 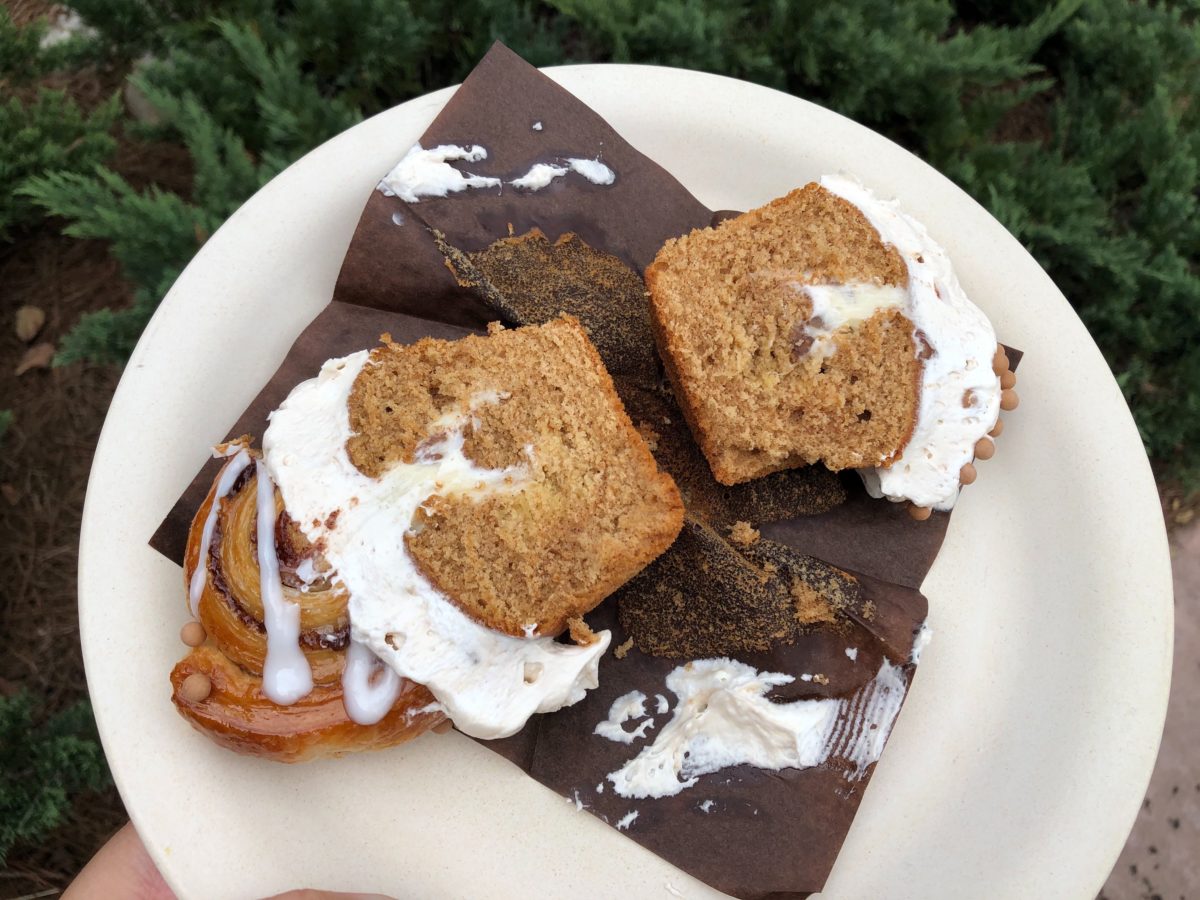 Inside the cupcake, we find a pecan and cream cheese filing. What a nice surprise! It’s not an overwhelming amount of filing, but it’s enough to taste, especially the pecans. The frosting is sweet with a taste similar to icing. The cake was heavy with a strong cinnamon and spice taste. There were so many strong tastes coming through in this cupcake, it really tasted like a cinnamon roll. Unfortunately, the cinnamon roll on top was a bit more decorative than good. It was a little dry, but if you dip it in the frosting, it helps. 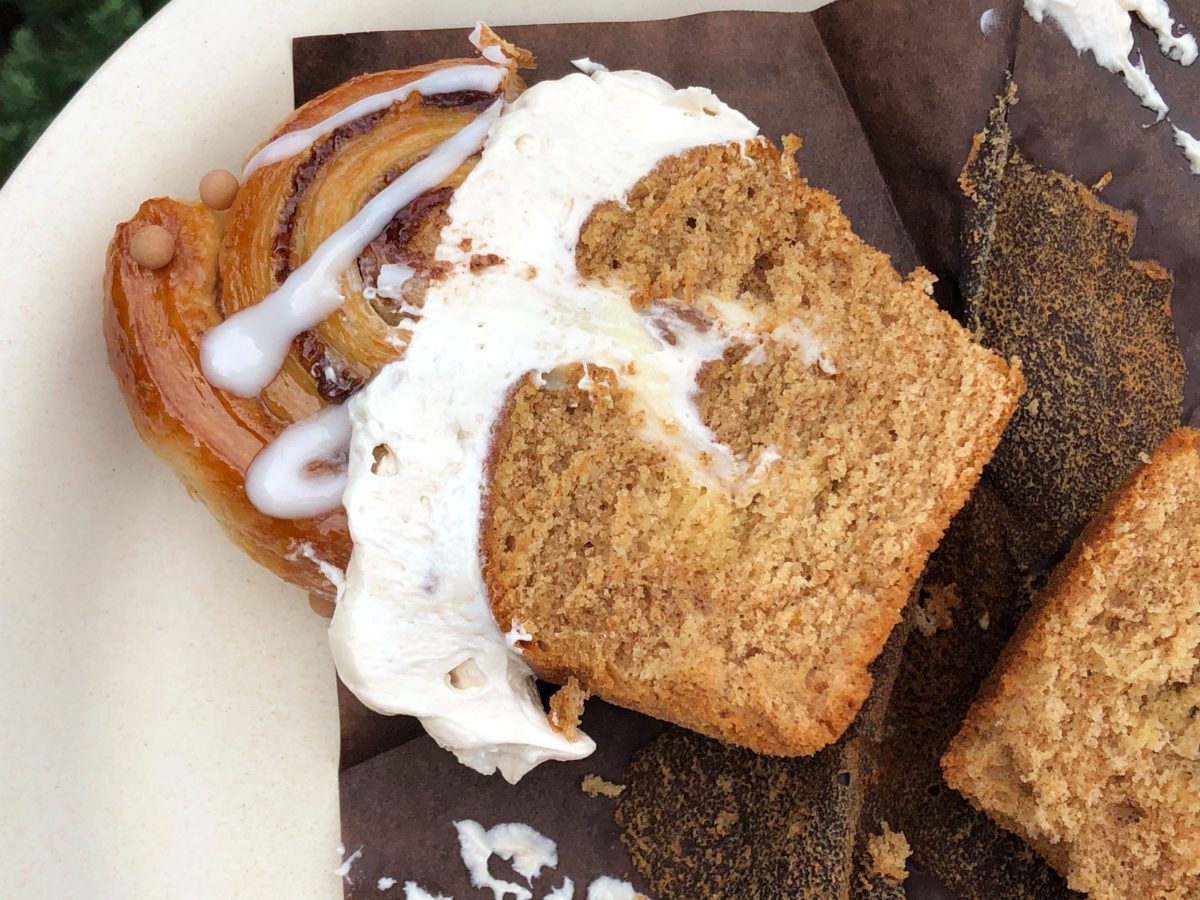 This cupcake can be found at Roaring Fork at Disney’s Wilderness Lodge for $5.99. If you’re craving this cinnamon roll cupcake, we suggest hopping a ferry boat from the Magic Kingdom for a visit to Roaring Fork! We’re huge fans of the bakery here, so you won’t be disappointed making the trek over.

Next
INTERVIEW: How Artist L.Dre Made Disneyland His Own Beat Machine for “Up”-Themed Viral Remix Track