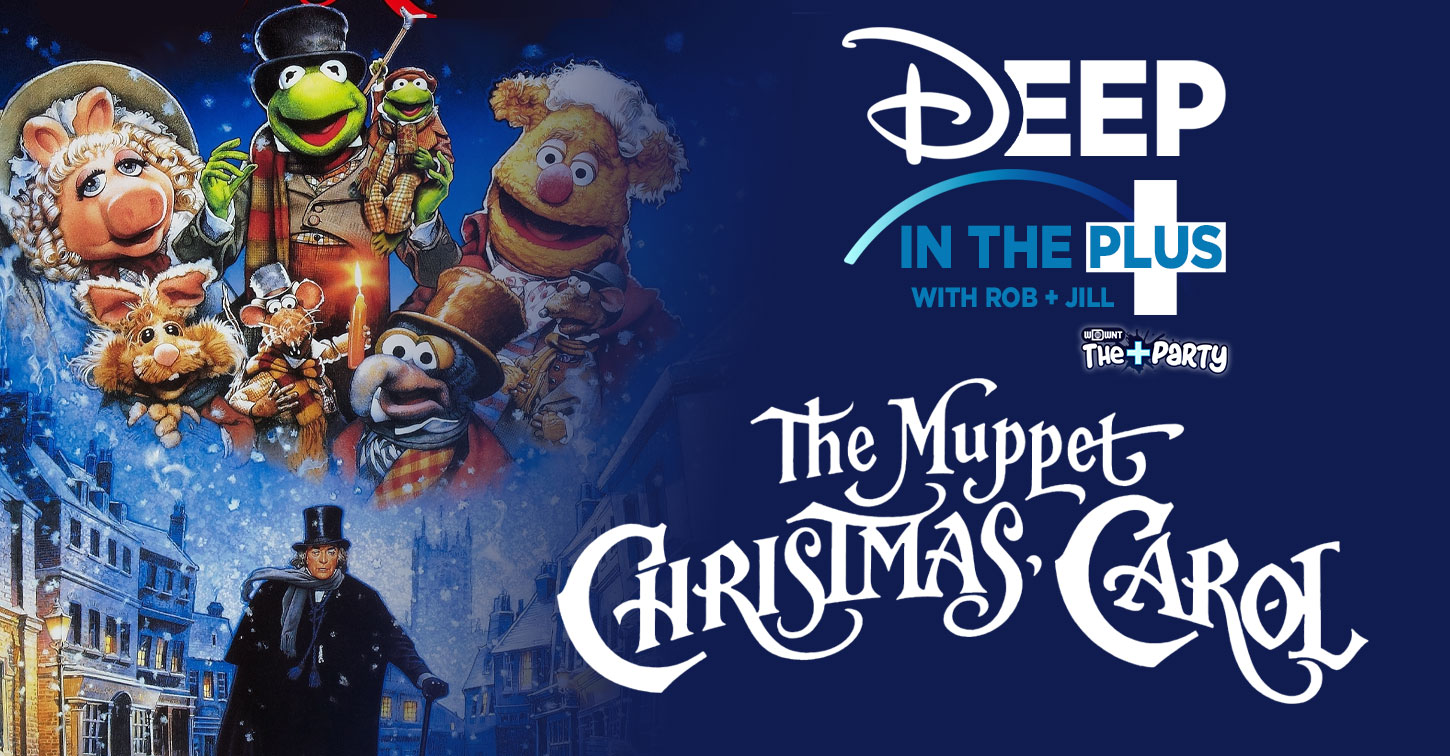 The holiday season is upon us, and Charles Dickens’ A Christmas Carol is one of the most treasured stories of this time of year. This week, Rob and Jill look at one that involves puppets. That’s right, we’re going deep into 1992’s The Muppet Christmas Carol.

The film stars a human – namely Michael Caine – as Ebeneezer Scrooge. Caine is brilliant in the role, all the more so because he is escorted through Scrooge’s redemption by a cadre of Muppets. Kermit the Frog is Bob Cratchit; Fozzie the Bear plays Fozziwig. Gonzo the Great takes the role of Dickens himself and narrates the story, accompanied by Rizzo the Rat as comic relief. Waldorf and Statler split the Marley role into two brothers, and you’ll find many other beloved muppets popping up throughout the film as well. The ghosts of Christmas Past, Present, and Yet to Come, however, are Muppets created just for these roles.

This movie had high expectations to meet – it was the first Muppets film made after the death of Jim Henson. It also features a compelling soundtrack with songs penned by Paul Williams, who co-wrote the famous “Rainbow Connection.”

There are many versions of this story, including some others you can find on Disney+, such as the beloved Mickey’s Christmas Carol. So is The Muppet Christmas Carol worth your Christmas-time? Watch this week’s episode to find out!

Plus, get bonus recommendations as Rob and Jill present their “Deep Pick of the Week.” Hint: If you’re a Boy Meets World fan, you’ll want to catch Rob’s pick this week.

3 thoughts on “Deep in the Plus – The Muppet Christmas Carol”