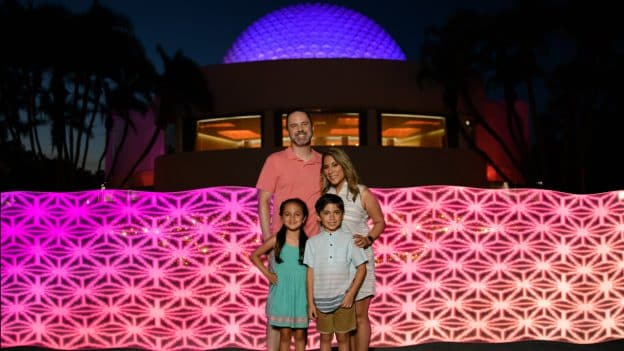 Disney will be celebrating this milestone anniversary throughout the next year by offering special photo opportunities all around Walt Disney World. Since Disney PhotoPass Service first launched at Epcot, we figured this is the perfect place to kick off the celebrations! Now through January 6, 2020, you can enjoy a few bright and colorful photo ops after dark at Epcot. Check out the locations below where you can find photographers to capture these special moments for you.

You can also share your favorite Disney PhotoPass photos or memories captured over the last 15 years using the hashtag #DisneyPhotoPass.