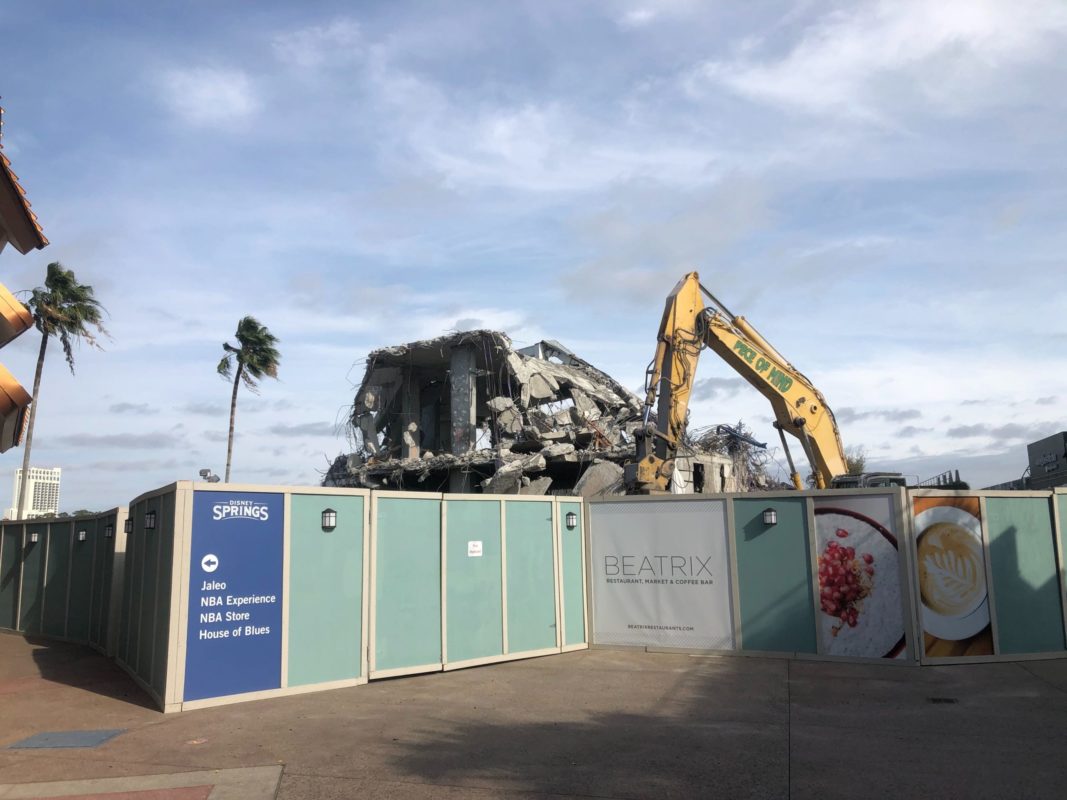 What a difference a few days makes, as our reporters at Disney Springs have noticed that Bongos Cuban Cafe is nearly completely demolished. Bongos, as you know, is being replaced by Beatrix Health Foods Restaurant, Coffeehouse, and Grab-and-Go Market. Let’s take a look at the progress of the demolition! 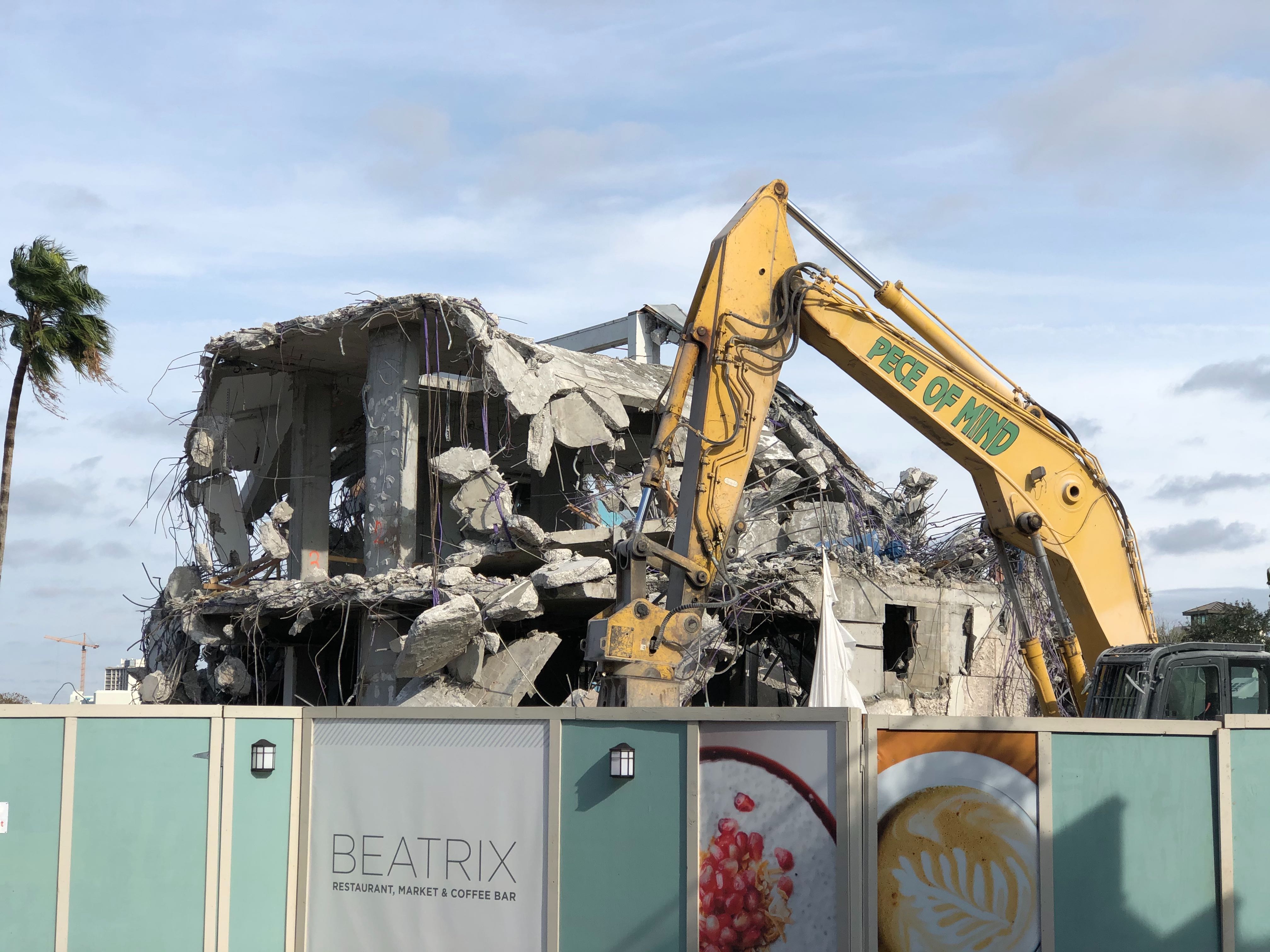 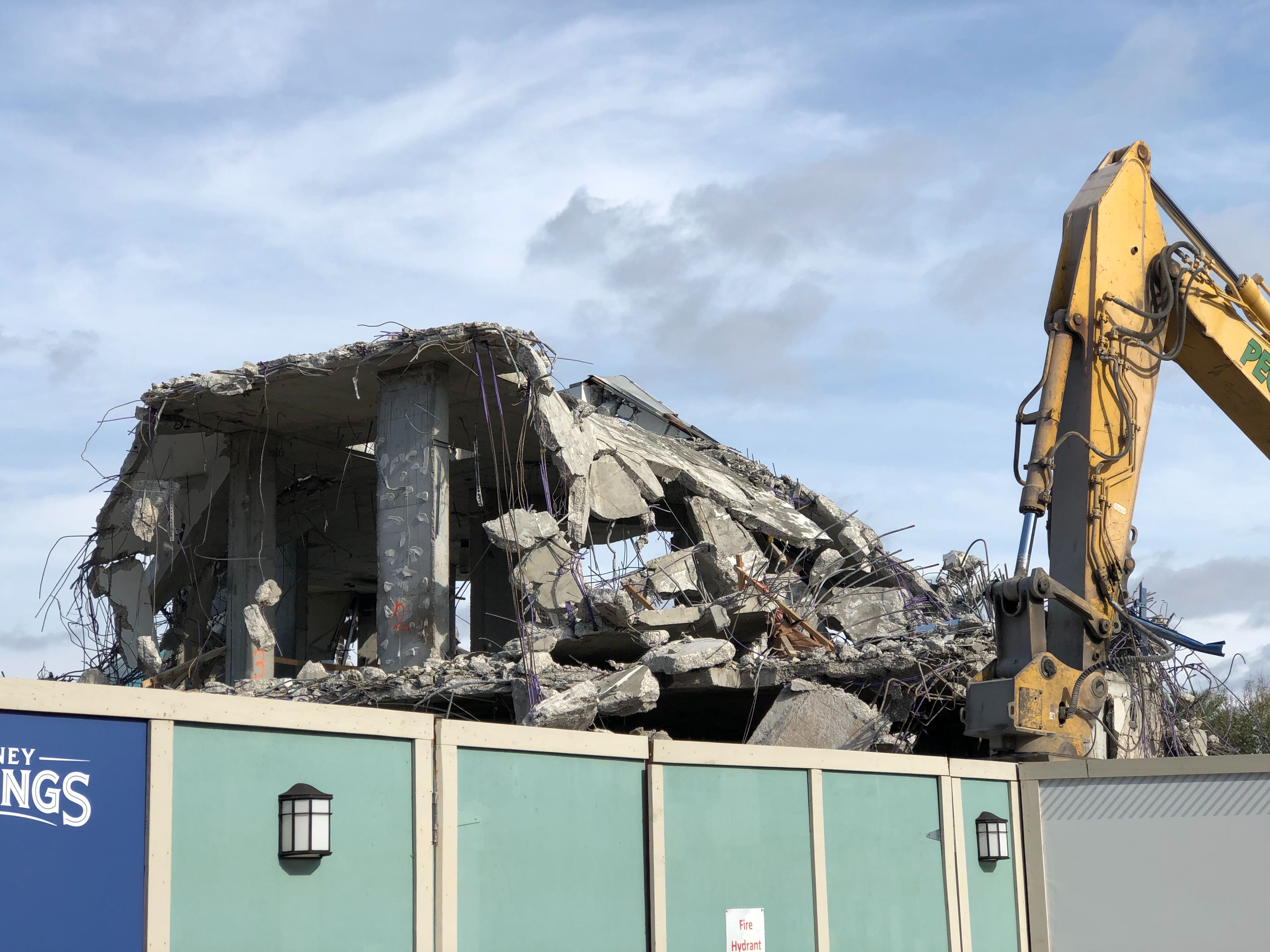 There’s almost nothing left of the former Bongos Cuban Cafe, with just a small portion of the cement structure remaining. Originally, it was believed that some of the infrastructure or framework from the existing building would be repurposed for the new restaurant. 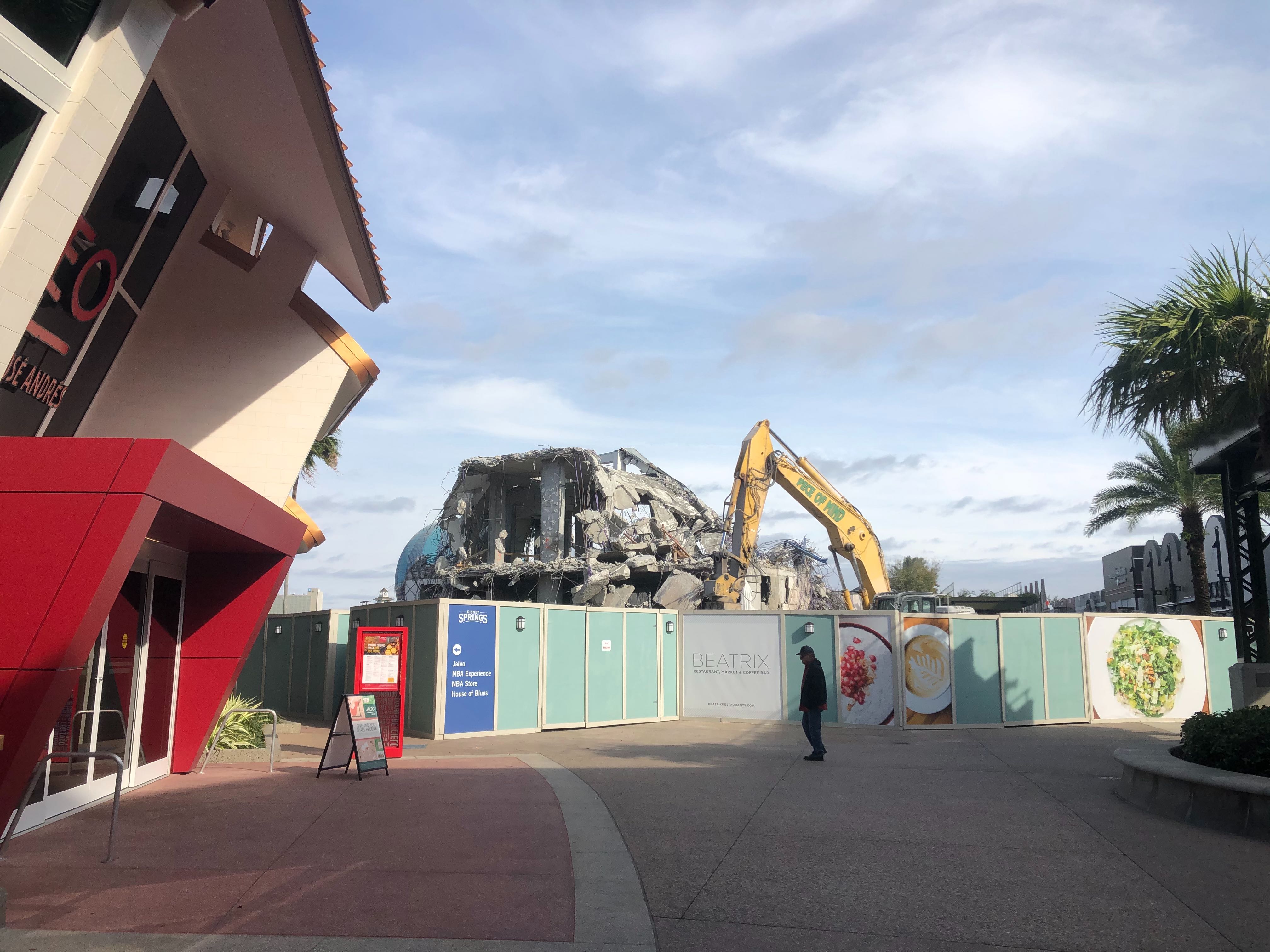 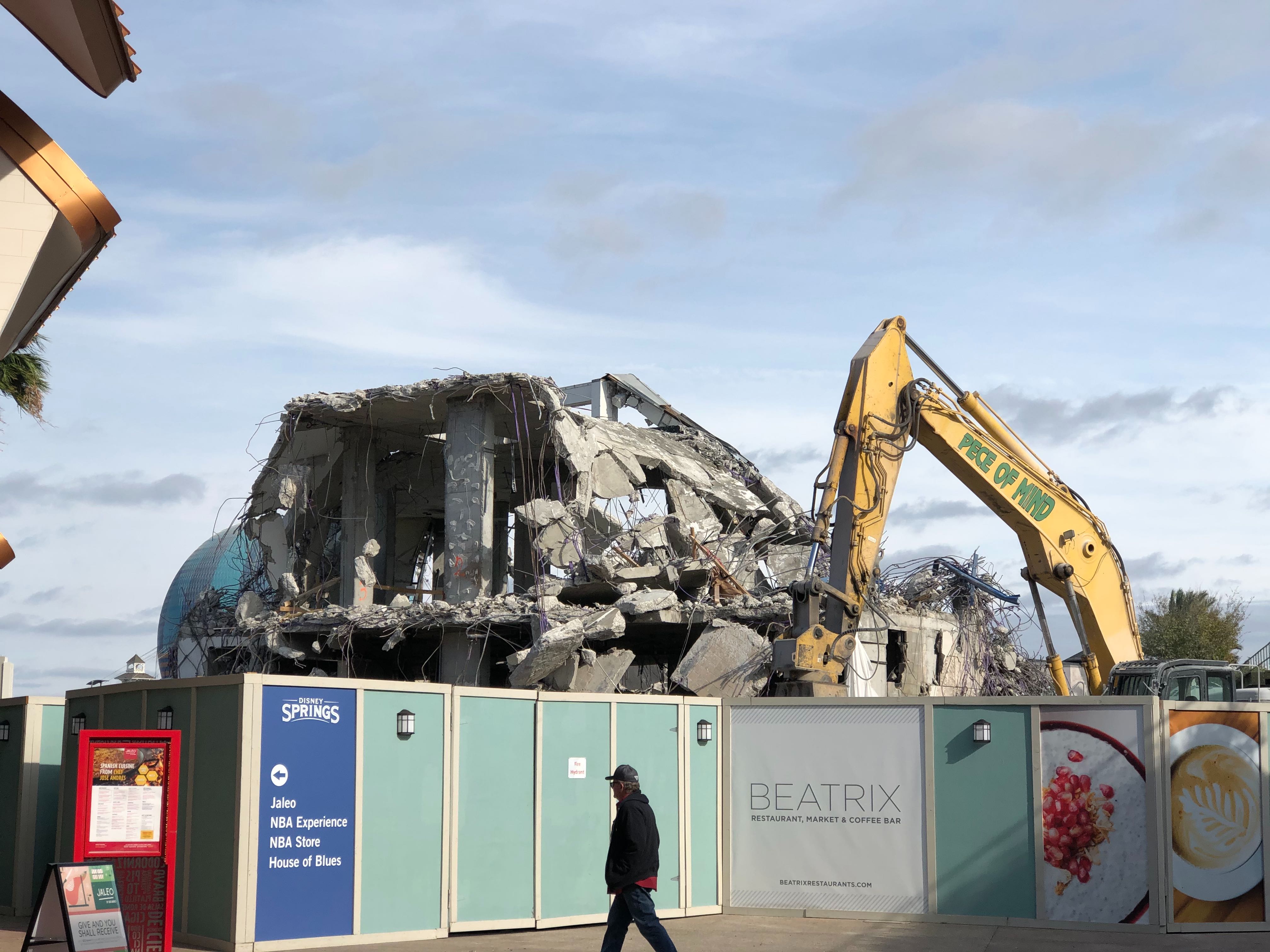 The entrance to Jaleo is less than appealing right now, with the pile of rubble and demolition equipment quite evident. 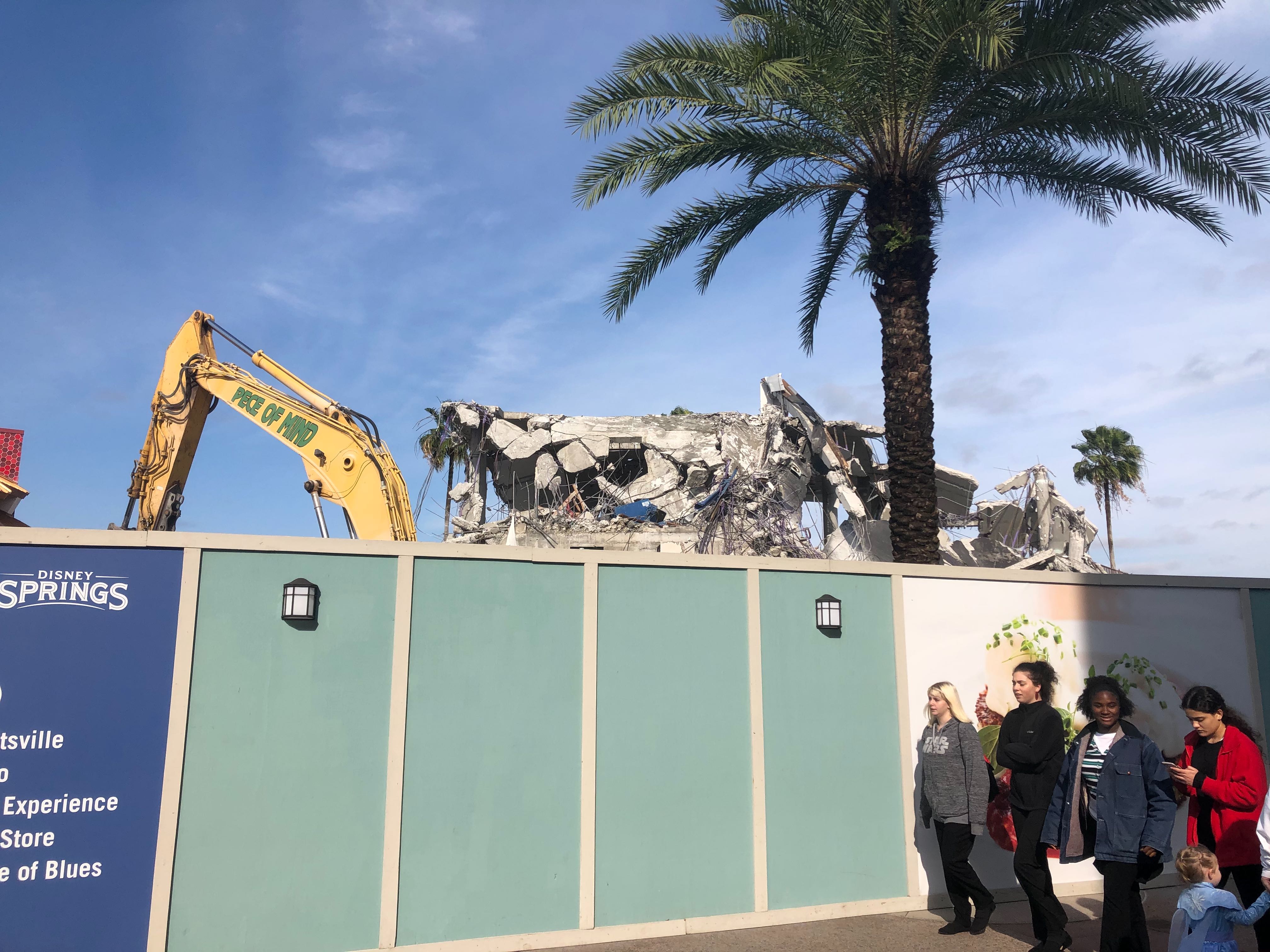 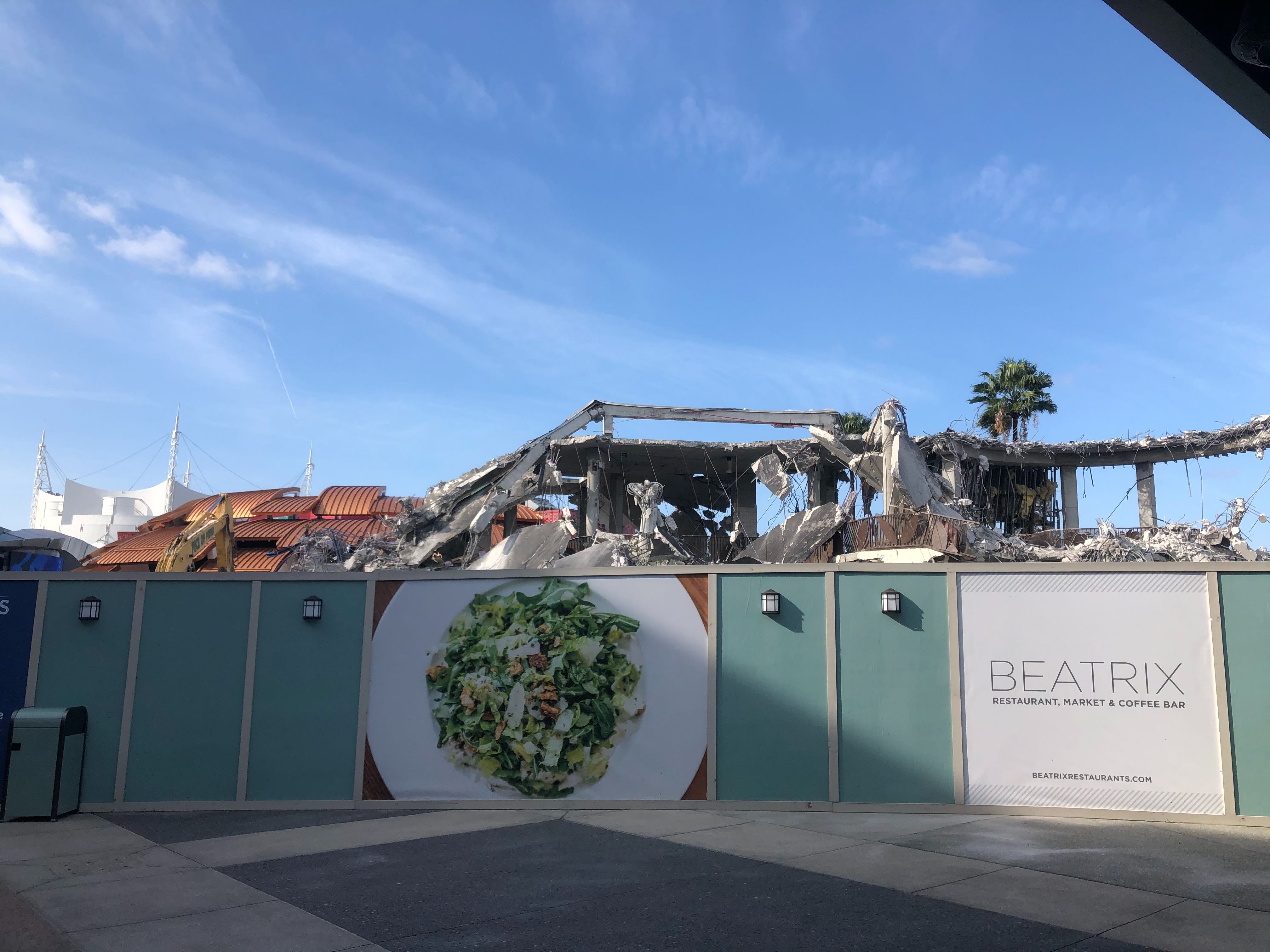 It’s really quite remarkable to see the demolition of one of the longest-standing restaurants in Disney Springs, having opened in 1997. 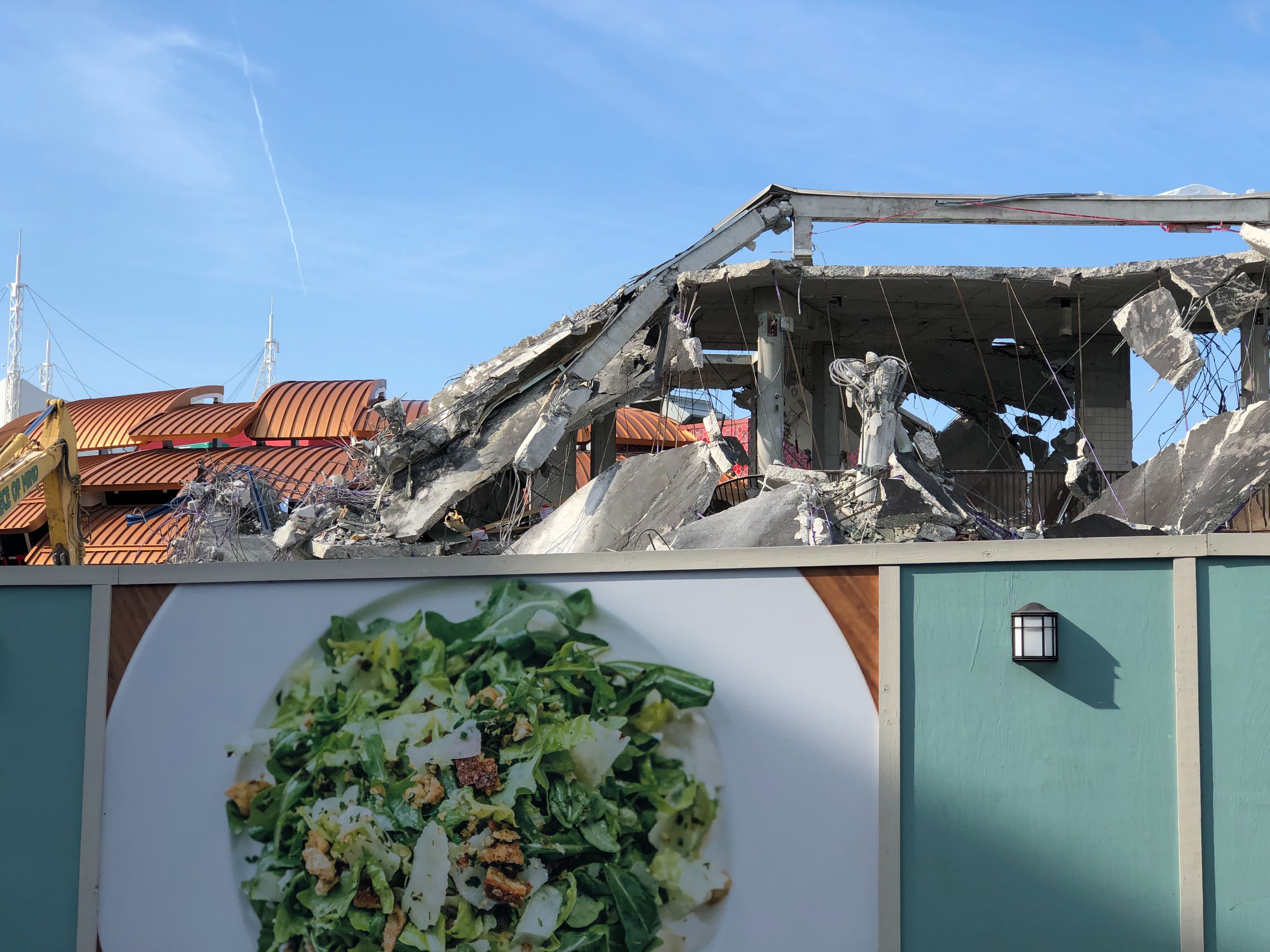 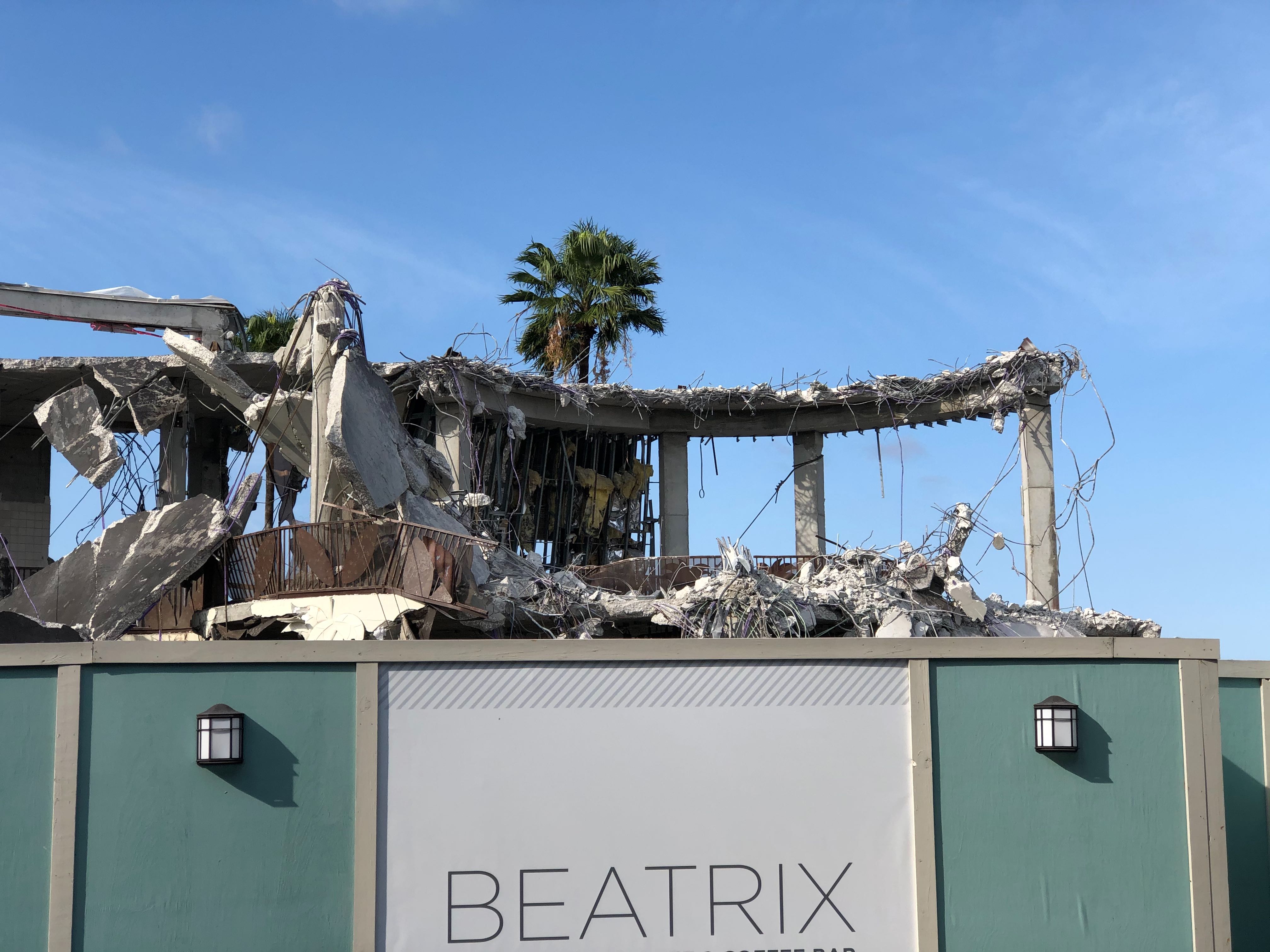 Rebar and cement columns, anyone? Also, who can spot the themed railings from Bongos in the rubble? 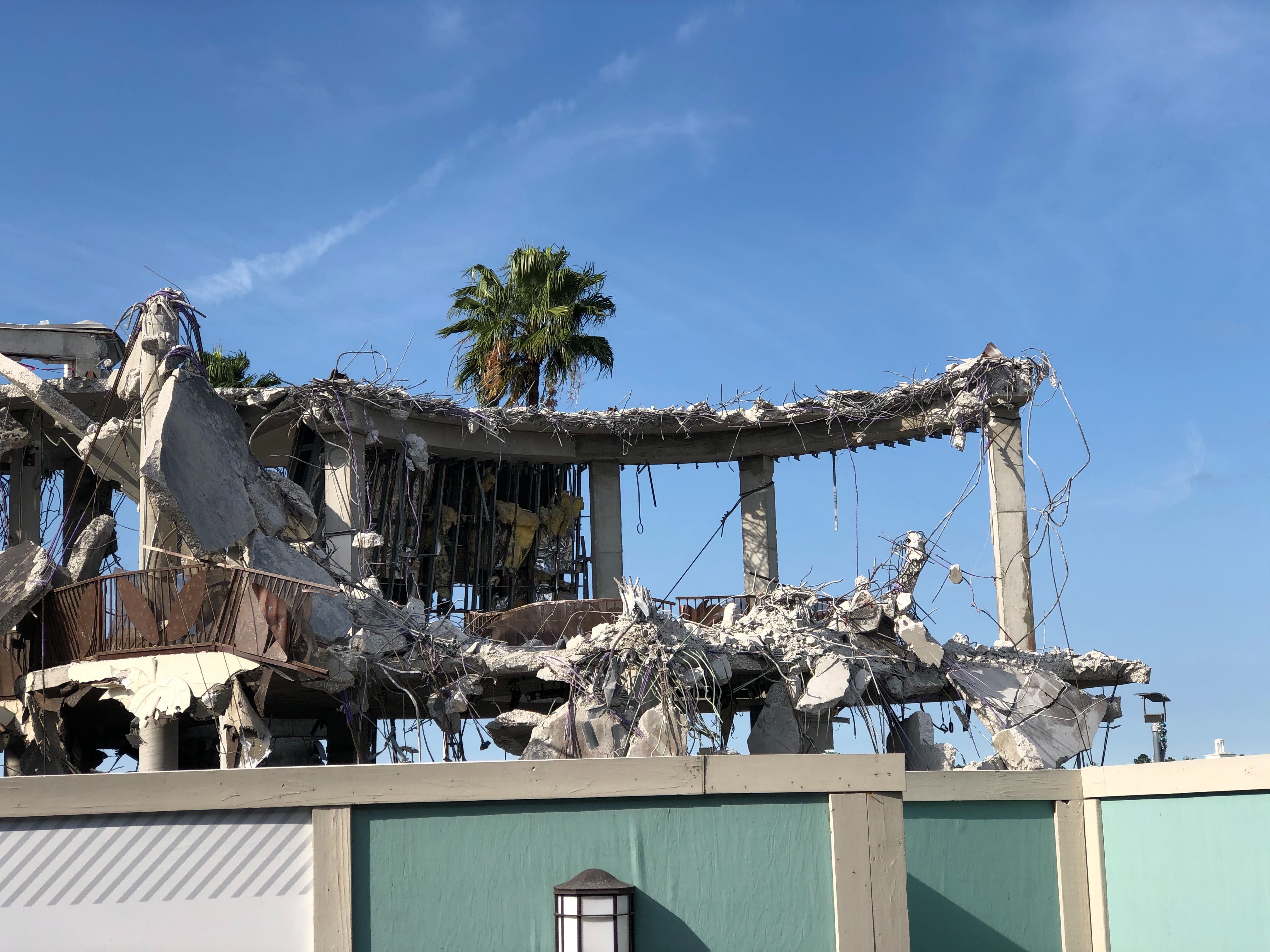 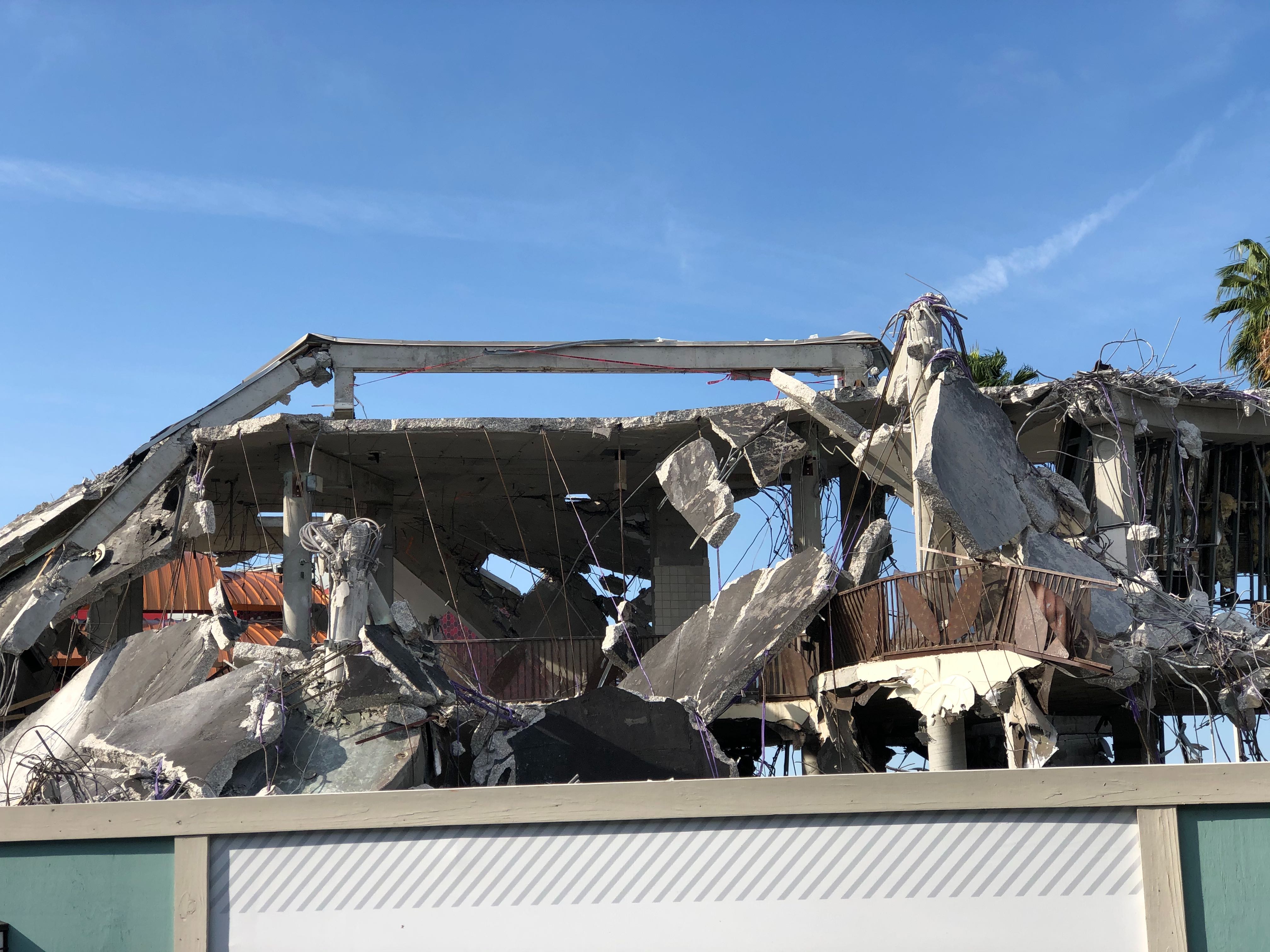 What do you think of the progress of the demolition of Bongos Cuban Cafe at Disney Springs?

Stay tuned to WDWNT for updates on this project and many more.