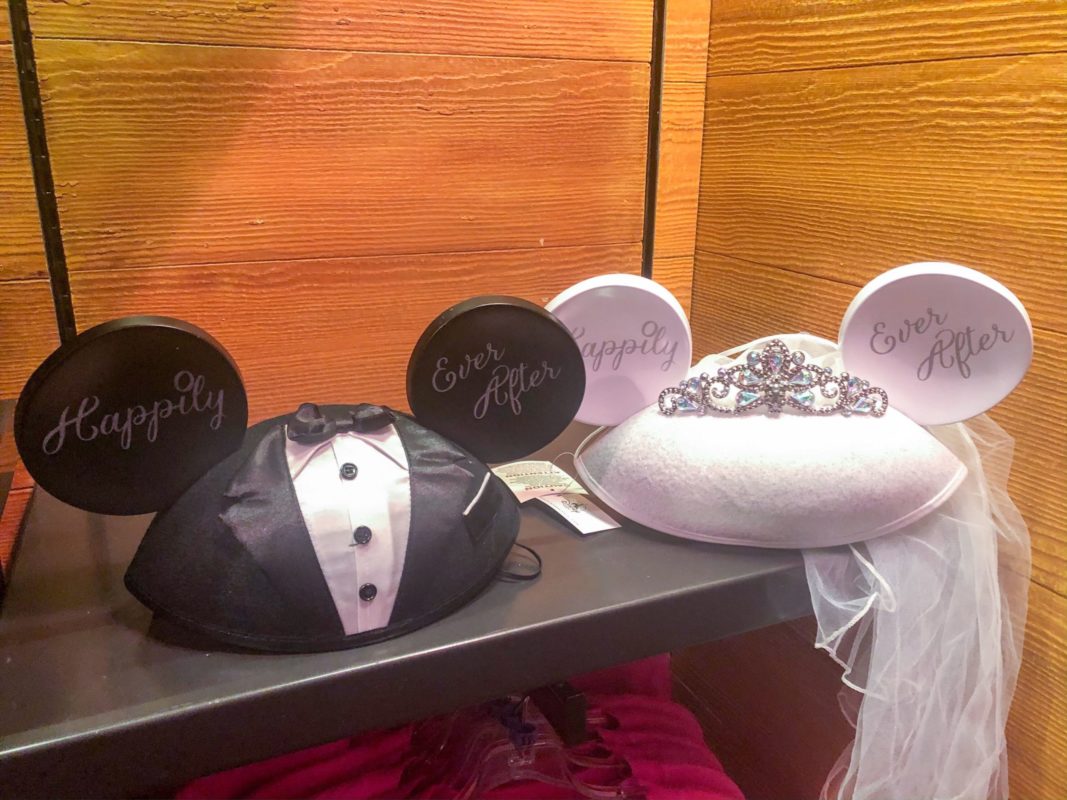 There has been no shortage of new ears lately. We recently fell in love with the bridal ear headband and were eager to find more new wedding merchandise. Today, we came across the perfect pair of new ear hats featuring a bride and groom! These “Happily Ever After” ear hats are perfect for any couple who loves Disney.

The bride and groom ear both have sparkly, glitter lettering that reads “Happily” on one ear and “Ever After” on the other. These are similar to the original pair, with more differences than just the sparkly lettering on the ears. 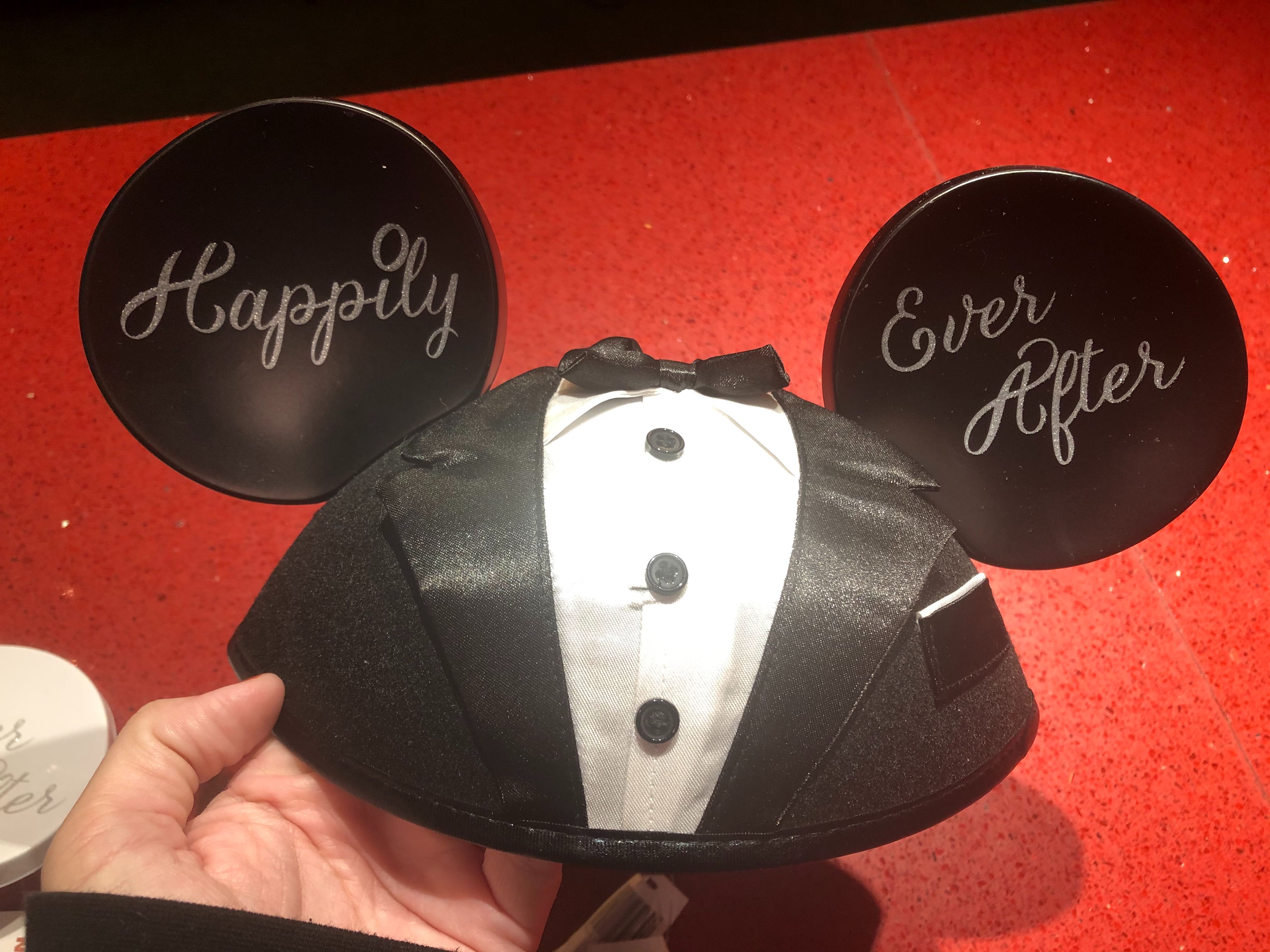 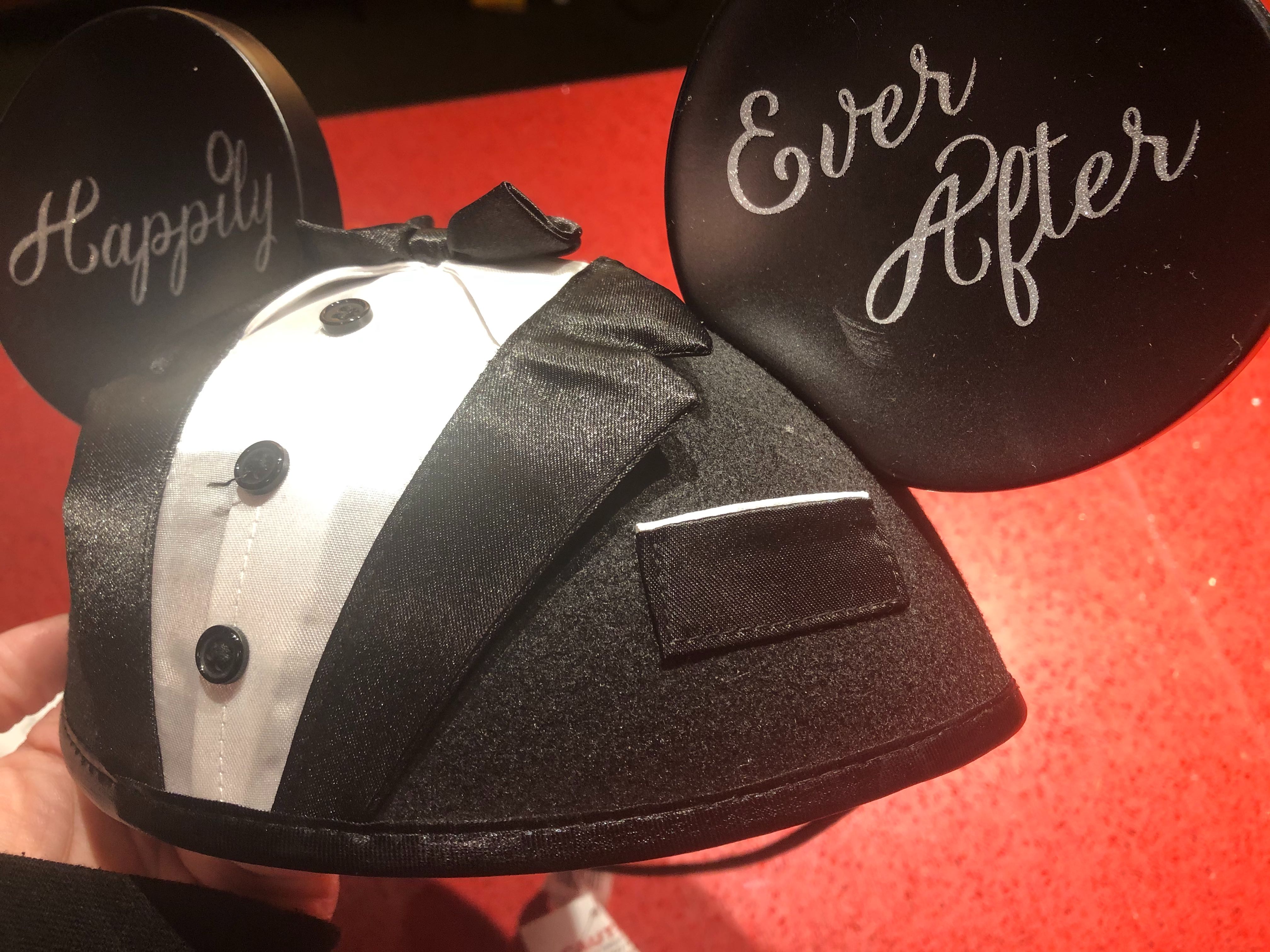 The groom ears are no longer flocked and fuzzy, and the top hat has been removed. The jacket is a little sleeker, with a black bow tie and a small pocket. 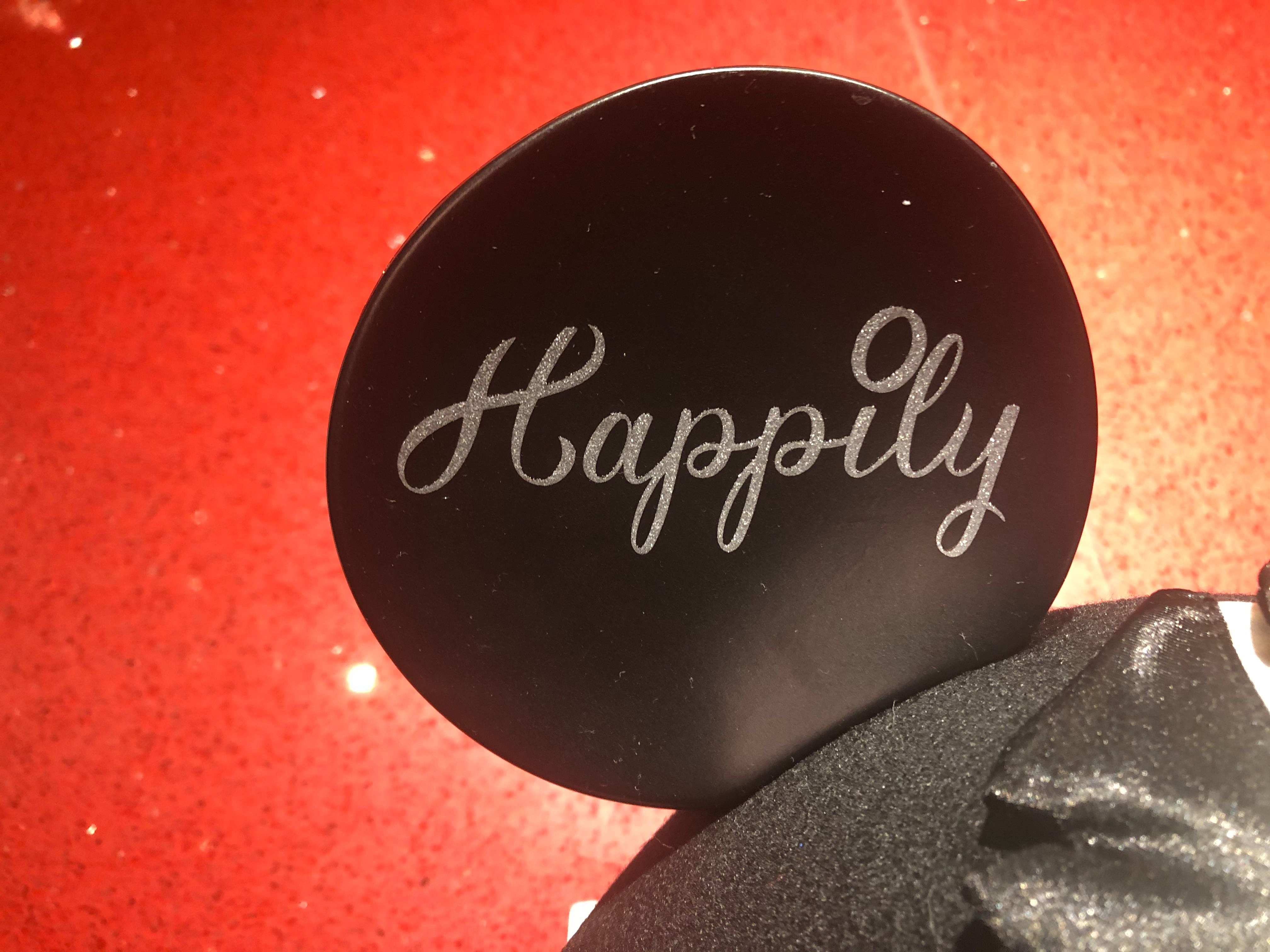 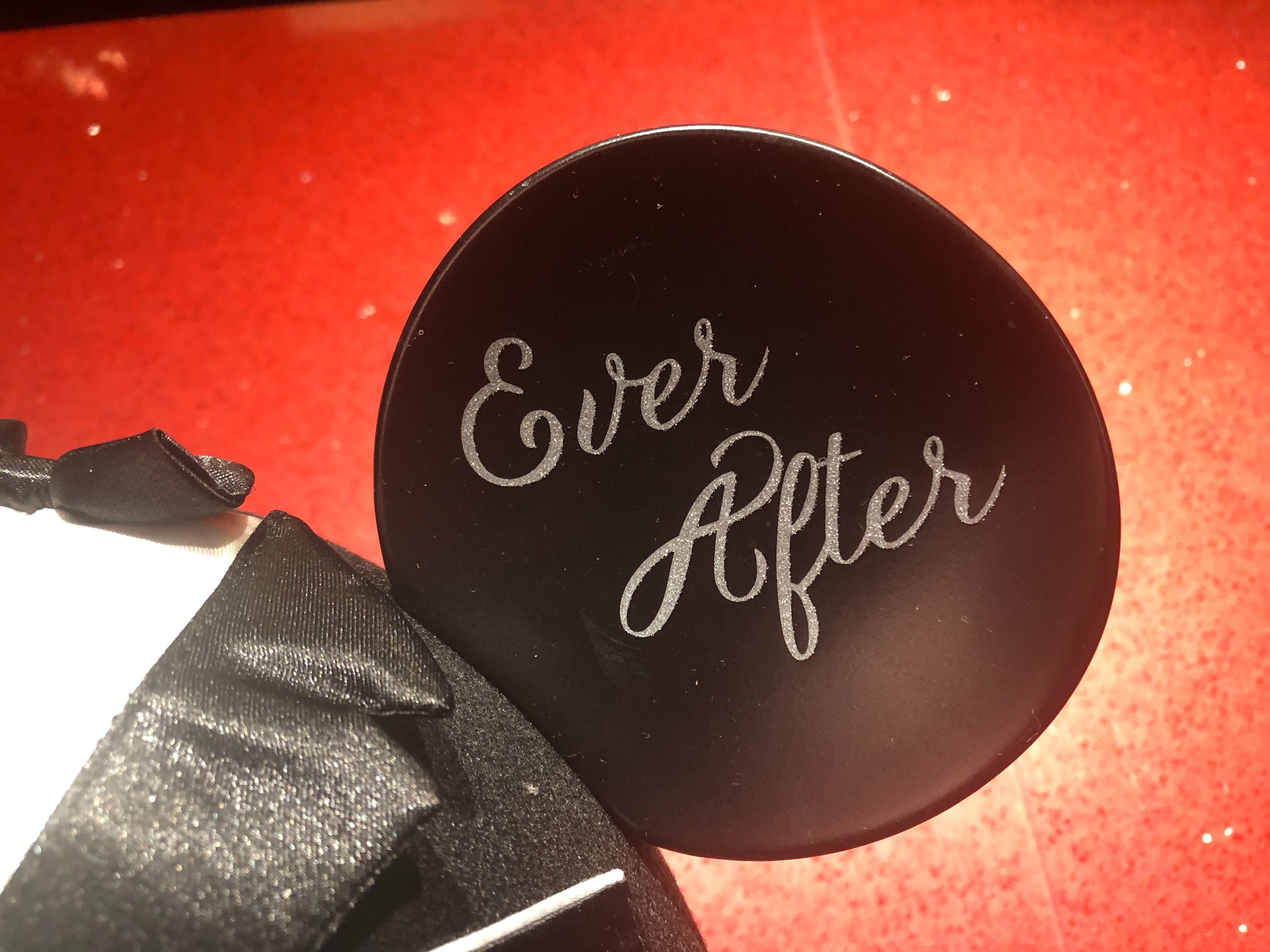 The ears are thin plastic, so they are a bit fragile. The lettering on the “H” in “Happily” looks like it’s missing the top portion of the letter. At first, we though it was scratched, but it’s the same on every pair. It honestly looks like a bit of a misprint and the glittering letter was slightly cut off. Maybe nobody will notice. 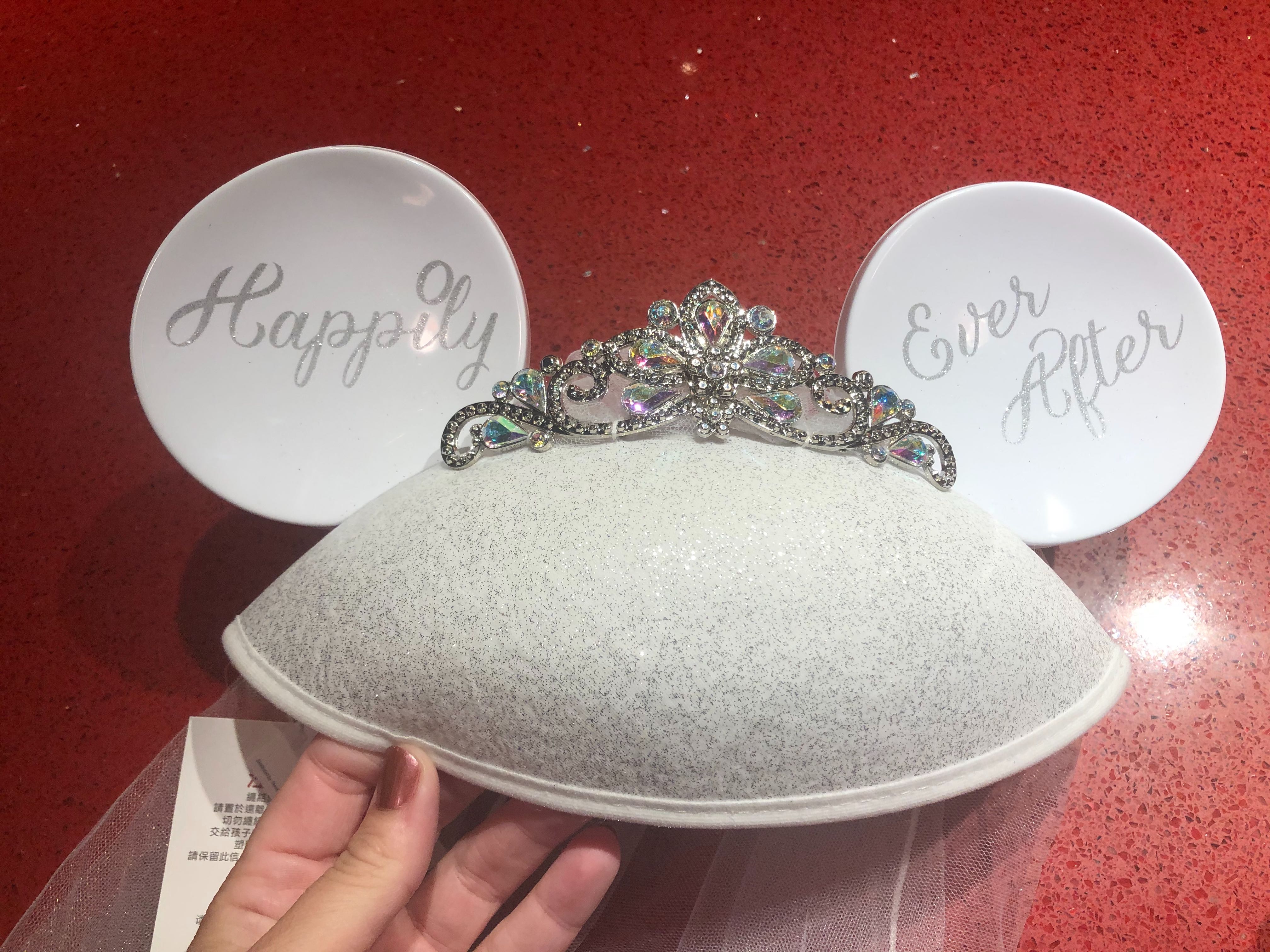 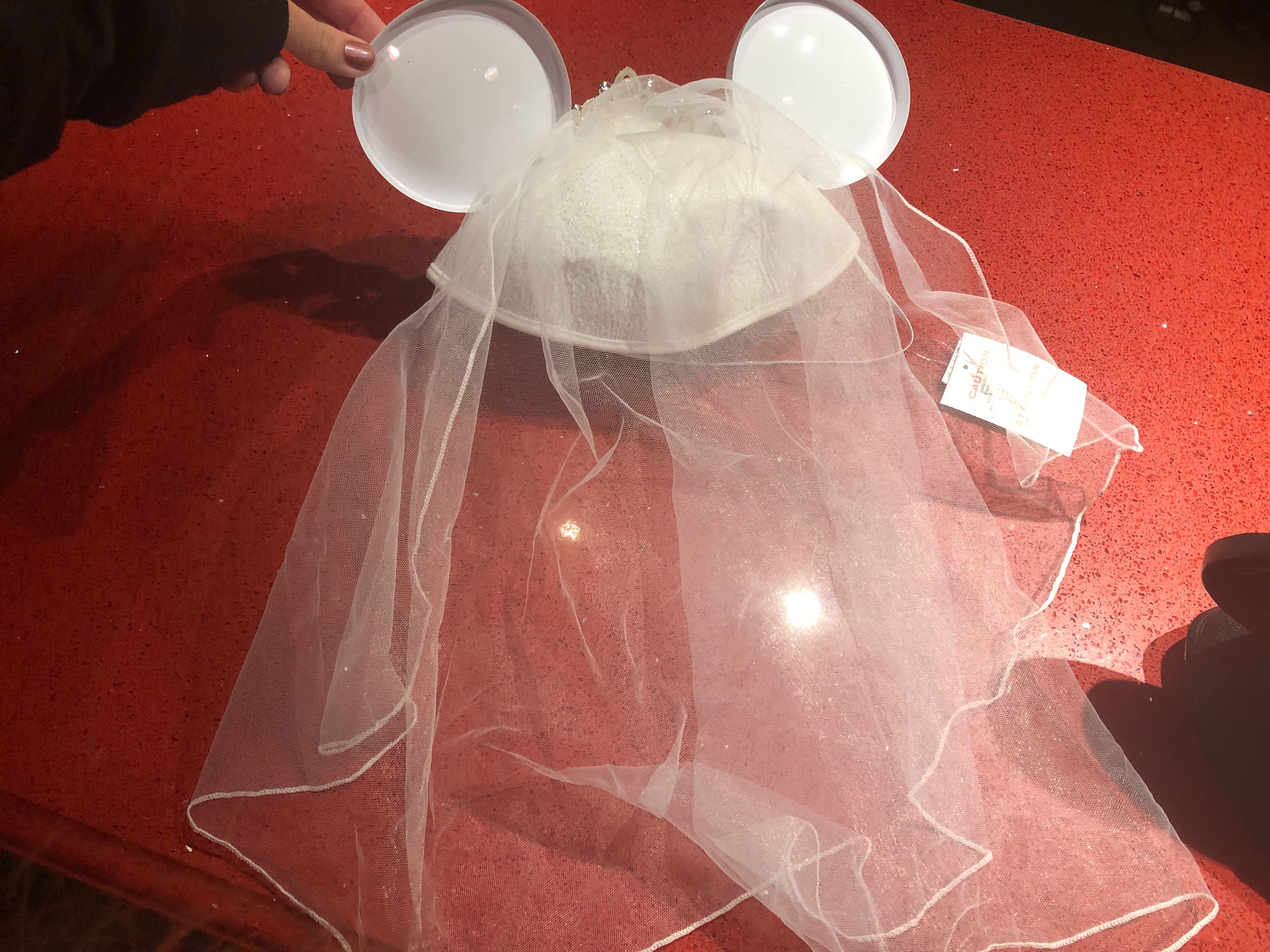 The bride ears have several differences as well. They’re covered in glitter, as opposed to the old pair with an embossed pattern. 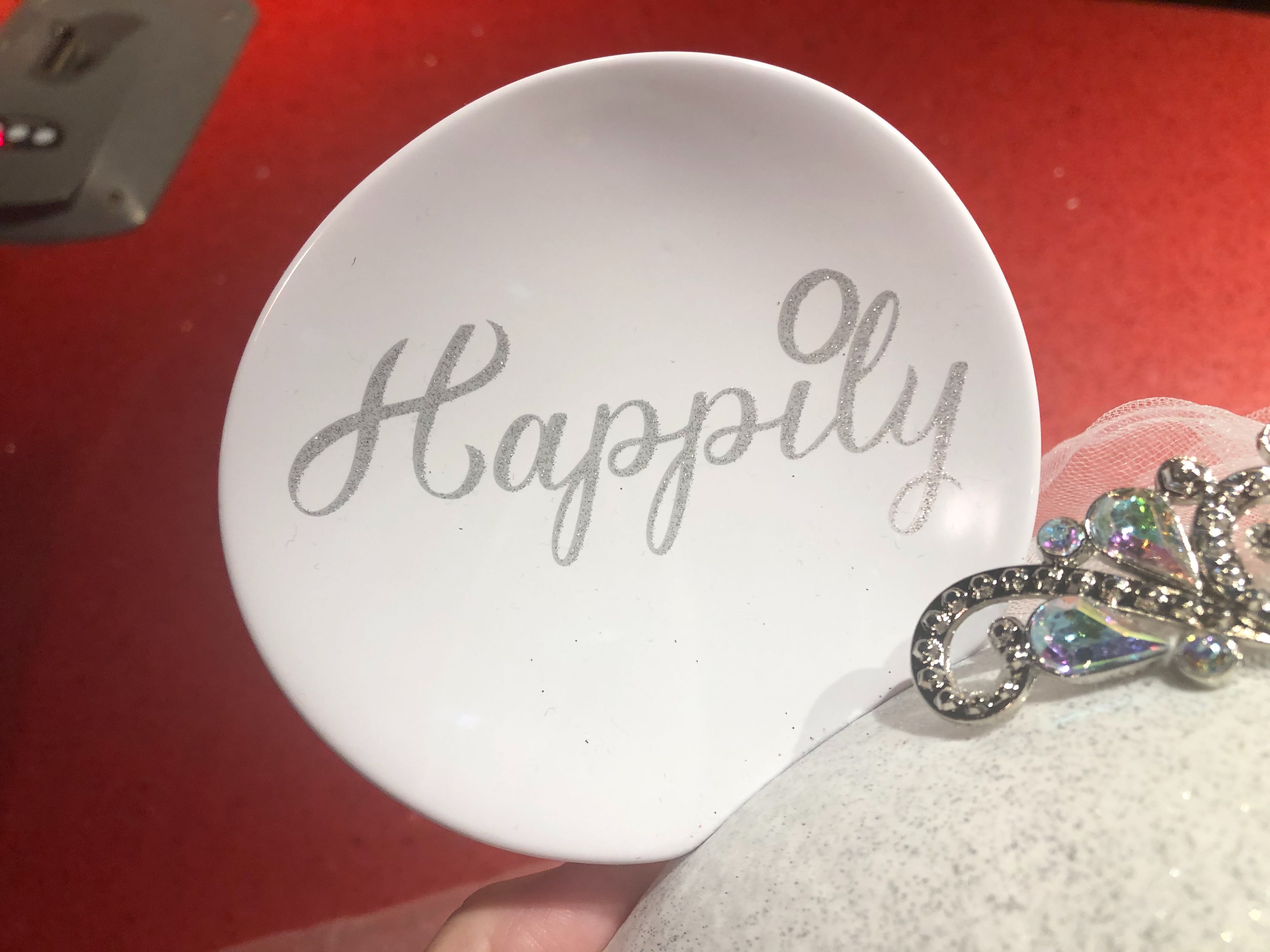 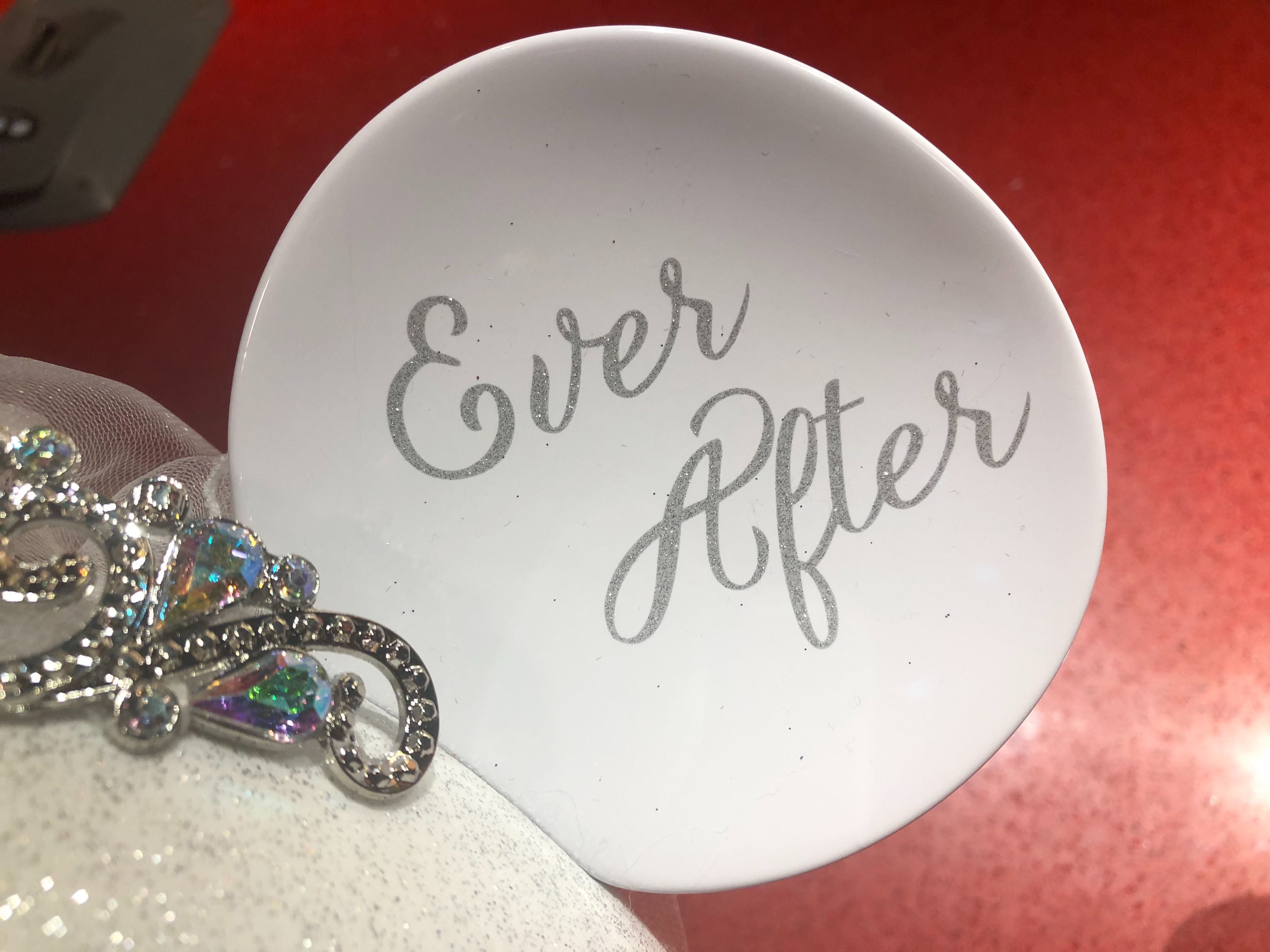 You’ll notice the strange “H” on the bride ears, too. 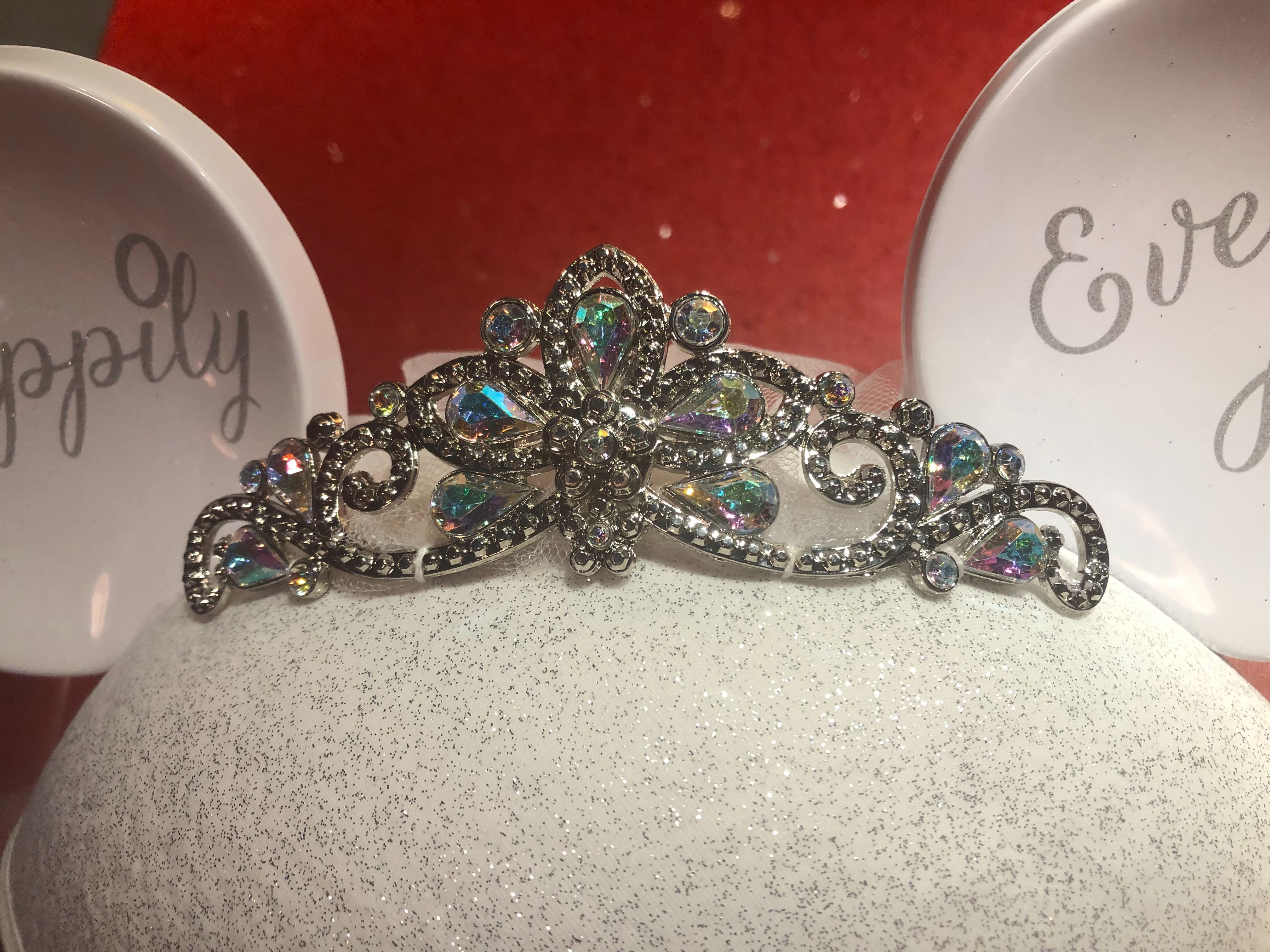 The tiara on top is also very different. The new version looks a little more extravagant and has an opalescent crown that shimmers different colors in the light.

Here is a look at the older version of the bride and groom ear hats. These are still available around property, and even found the old pair and new pair on the shelves next to each other. They may phase out the older style, so if you’re not a fan of the new pair, be sure to grab the old ones while you can.

These ear hats are $27.99 and we spotted them at Big Top Souvenirs at the Magic Kingdom. They can even be embroidered for an additional fee at certain locations around the parks. If you’re planning a wedding in the future, will you be picking up the newest ear hats to celebrate?

1 thought on “PHOTOS: Say “I Do” to the Newest Bride and Groom Mouse Ear Hats to Walk Down the Aisle at Walt Disney World”