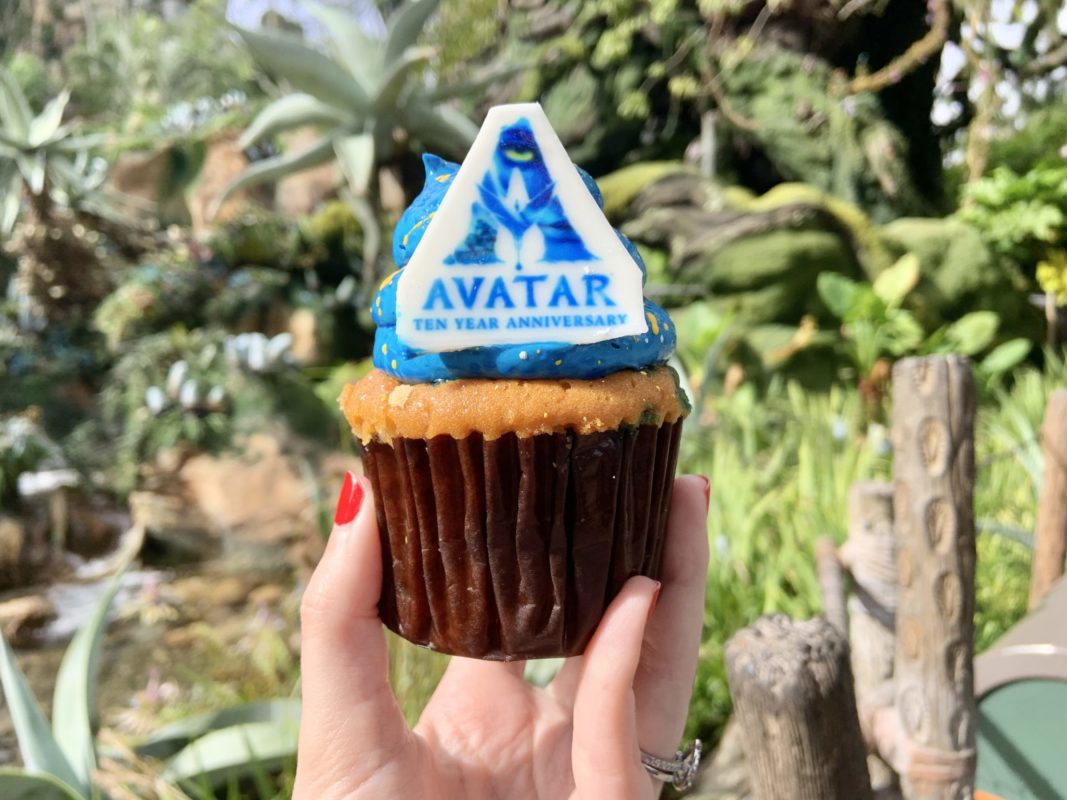 To celebrate the 10th anniversary of the movie Avatar, Disney World has concocted a new celebratory cupcake! Of course we had to try it out for ourselves during its limited release and see if it was worth the hype. 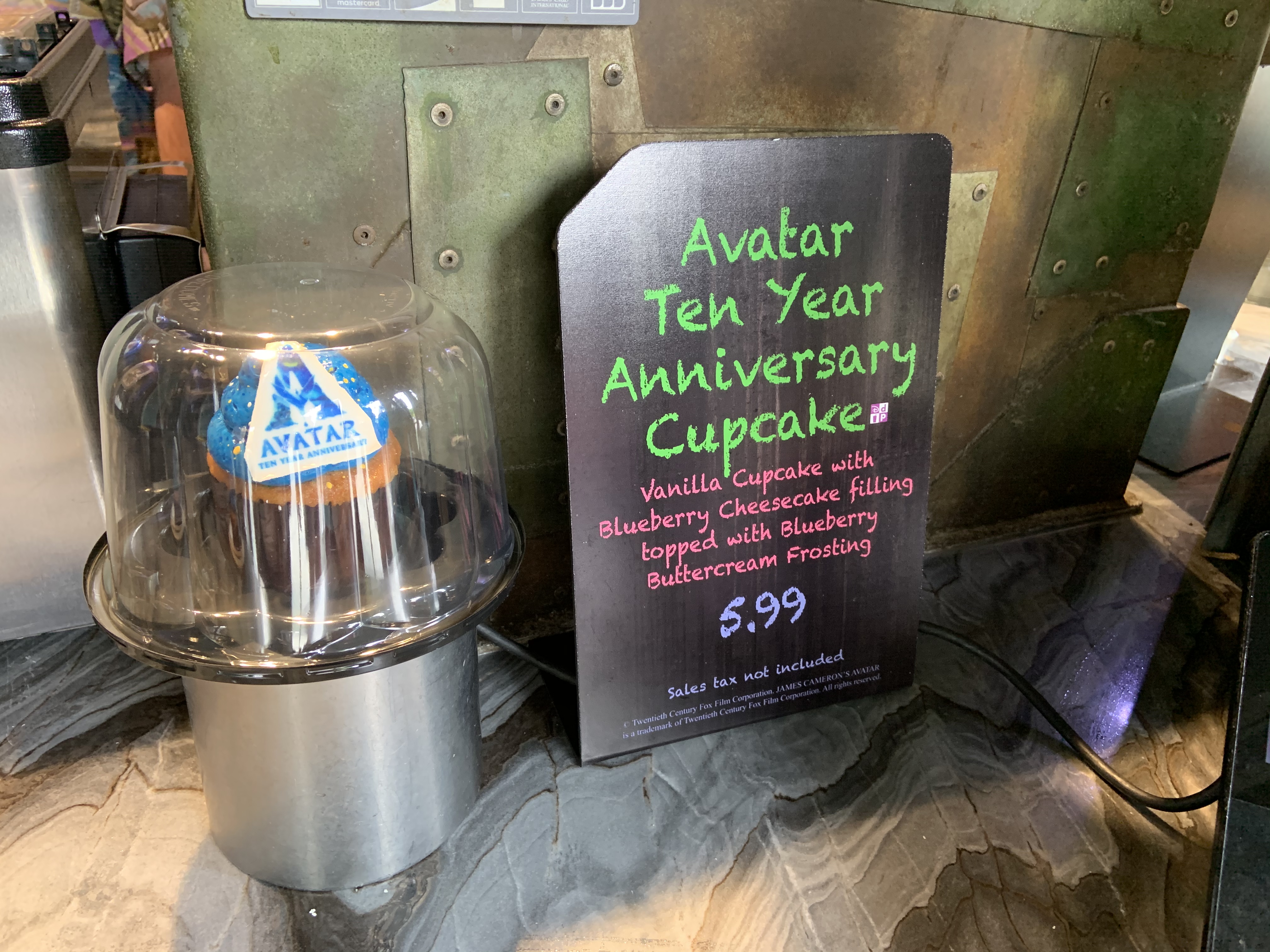 The cupcake is available at Pongu Pongu for $5.99 or a Disney Dining Plan Snack Credit and is only available December 17-19, 2019. 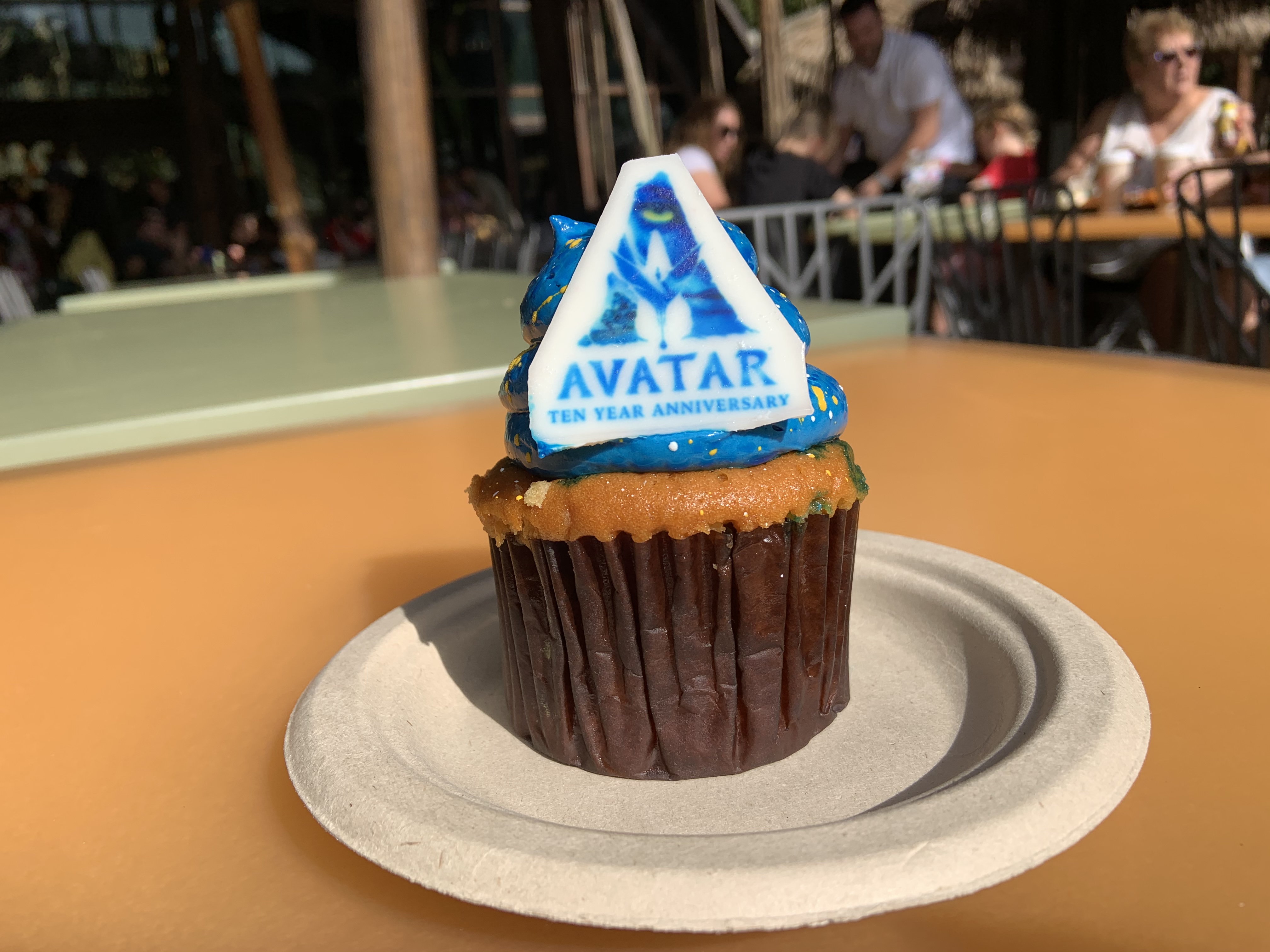 When a guest orders the cupcake, a cast member must go to the back of the snack stand to retrieve it. It is presented on a paper plate and the cast members ring a bell and yell out that someone ordered the special cupcake! 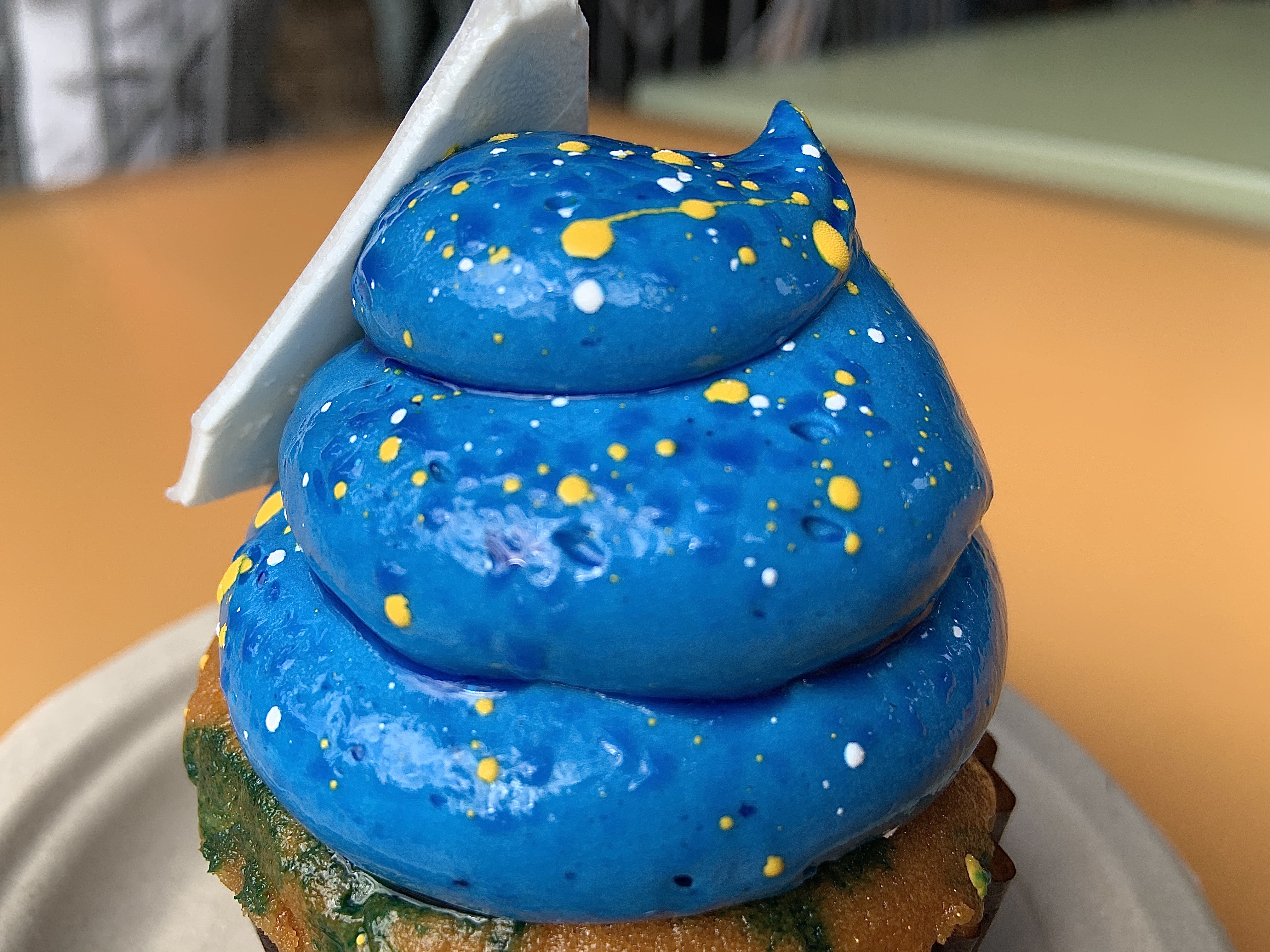 It is a pretty hefty cupcake with a mound of blue frosting on top. The frosting is covered with yellow, blue, and white dots to mimic Na’vi skin and markings. 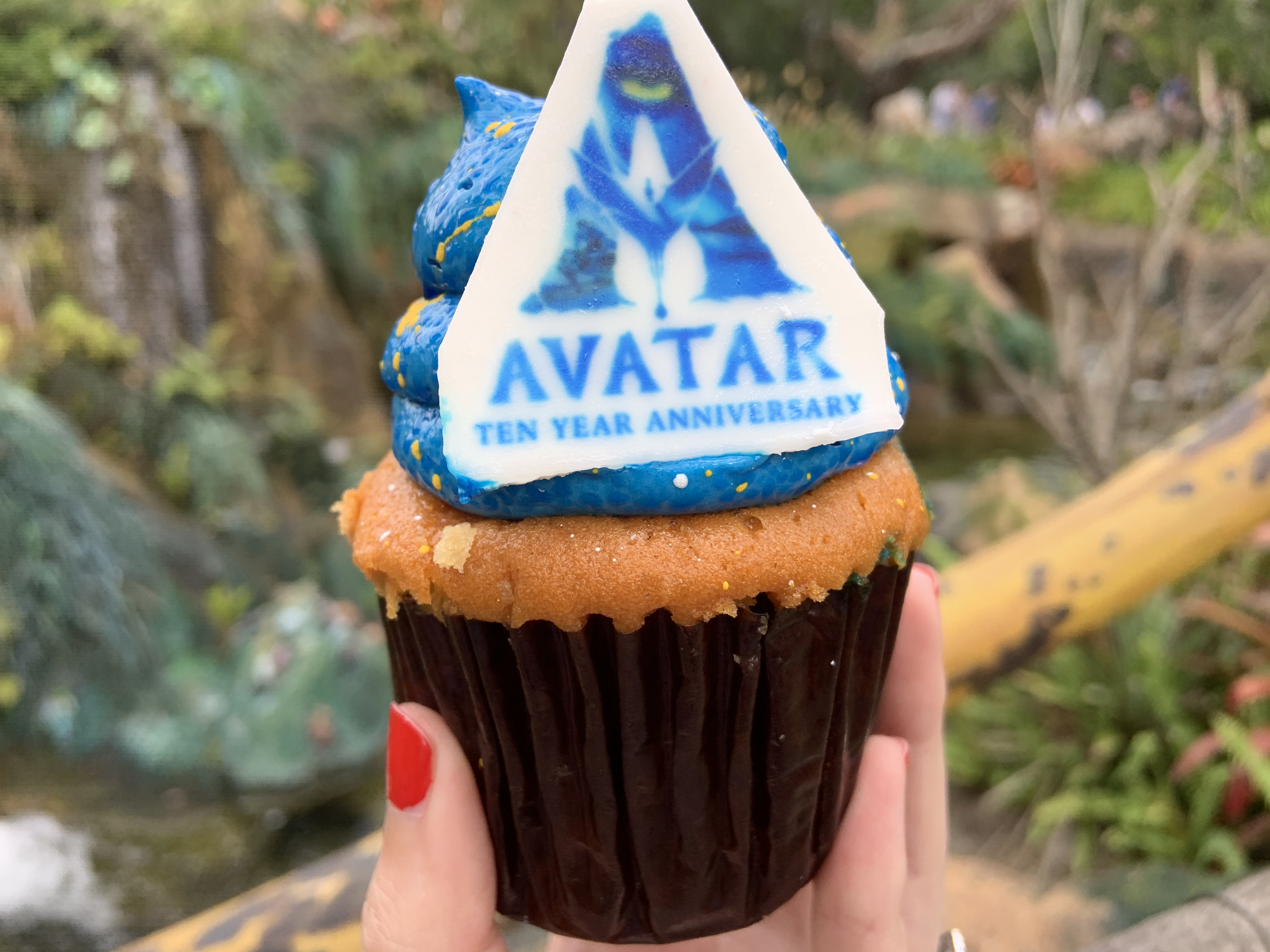 On top of the frosting is a white chocolate piece with the Avatar Ten Year Anniversary logo printed on it. 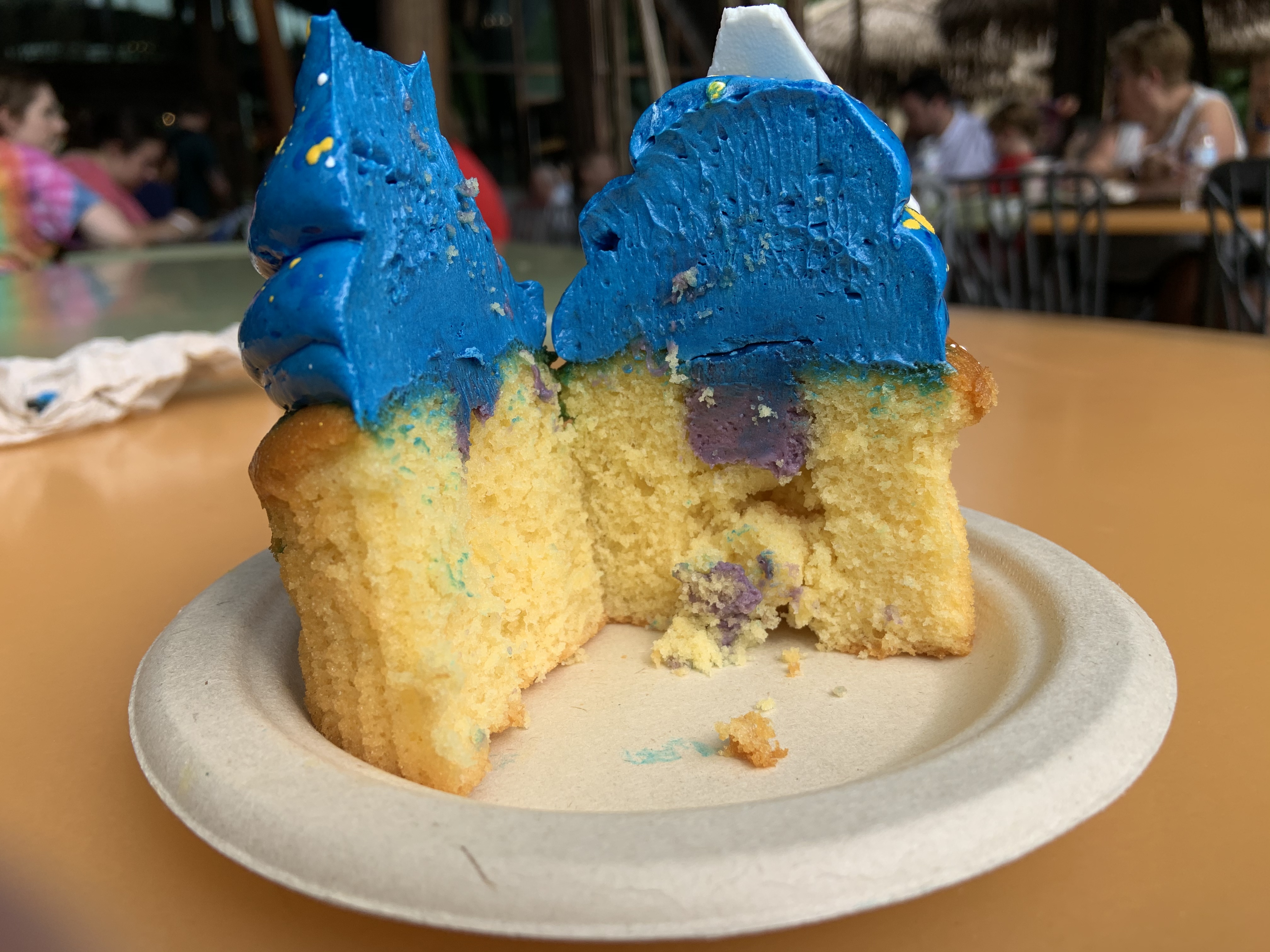 You can see that there is a ton of blue frosting piled on this cupcake. Inside there is supposed to be a blueberry cheesecake filling, which is… lacking. Our cupcake only had a small dot of it inside. 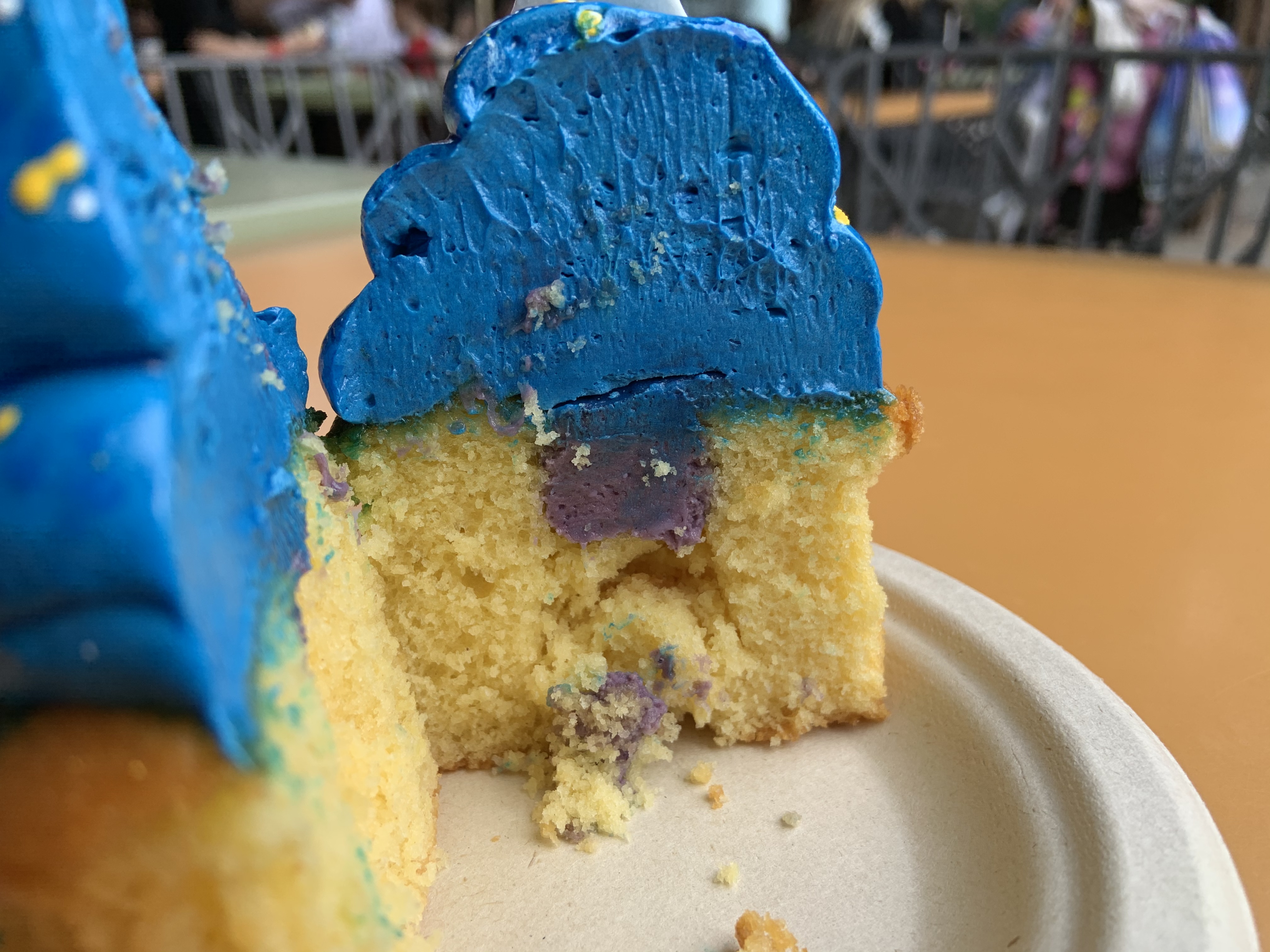 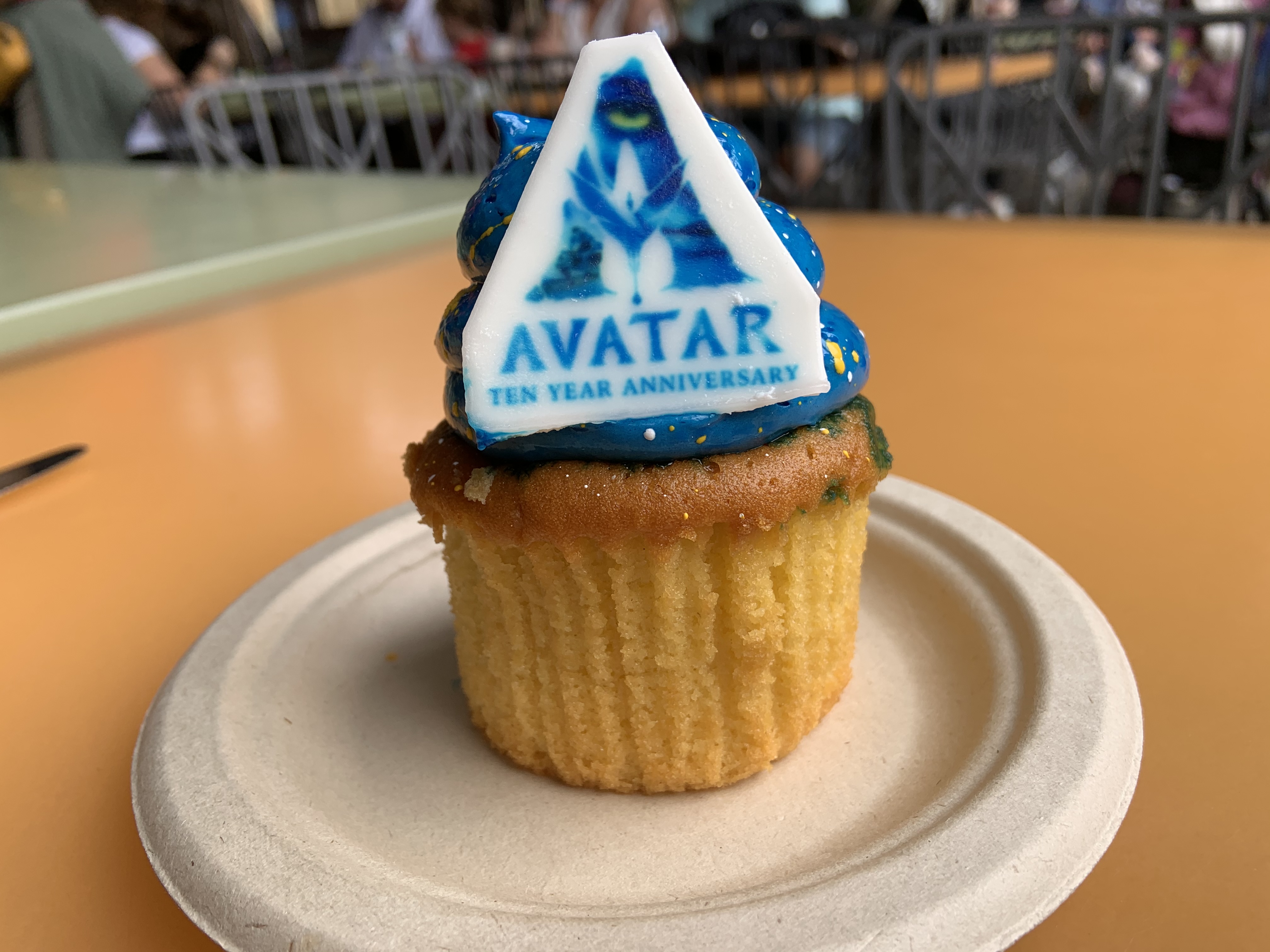 The cake itself is a plain vanilla cake. It was not overly sweet, but was dense and moist. Overall the cake itself was enjoyable. The bright blue frosting is blueberry flavored and that flavoring really shines through. The blueberry cheesecake filling is easily the best part of the cupcake, which is unfortunate since there was so little of it in our particular cake.

Between the not-so-sweet plain vanilla cake and the overpowering blueberry flavor this cupcake kind of tastes like an extra sugary muffin. That might be due to the fact that blueberry is a very common breakfast muffin flavor, but nonetheless it tastes like a muffin. 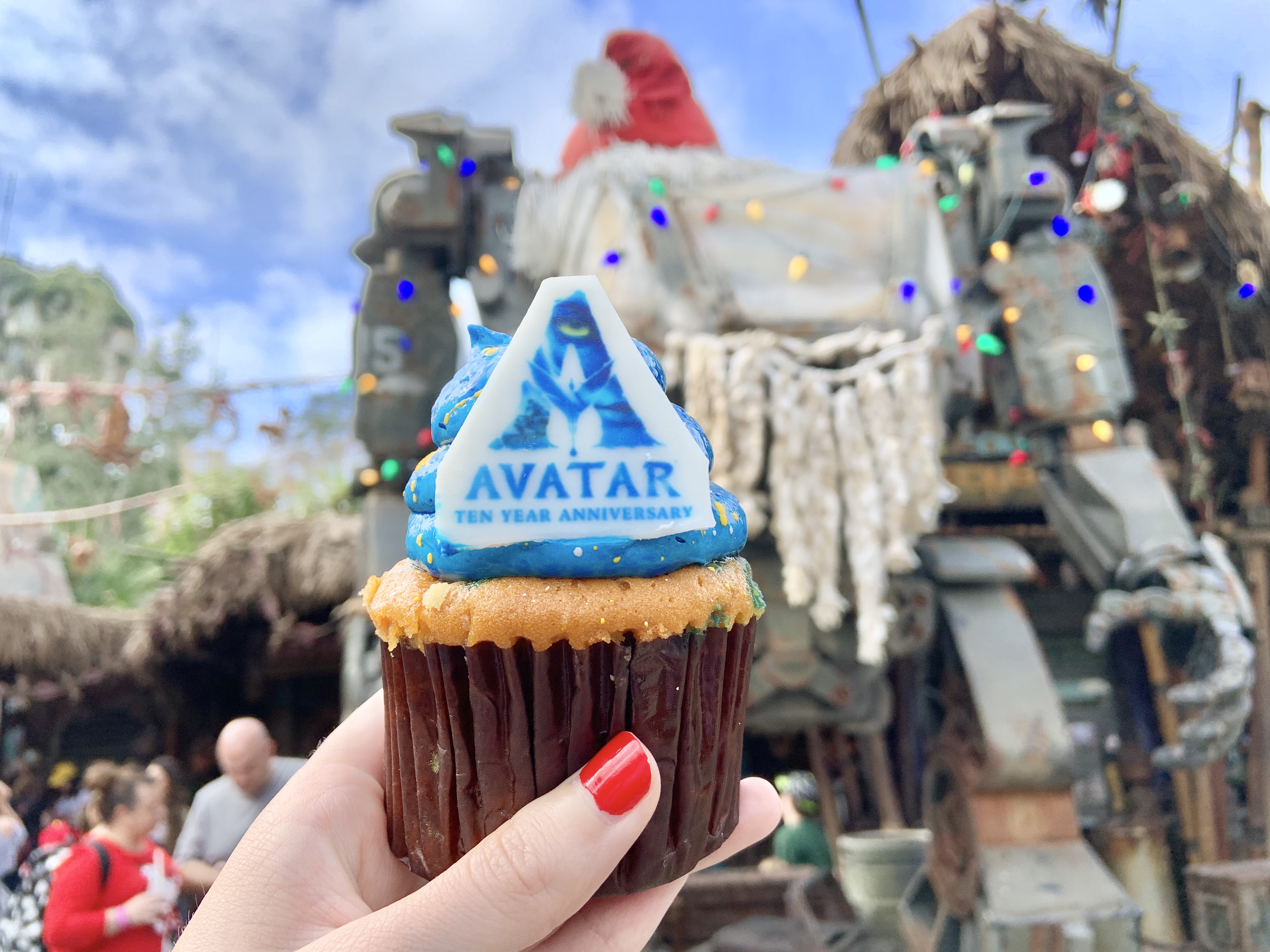 Overall, this was a pretty delicious Disney dessert and we recommend trying it out for yourself if you are in Disney’s Animal Kingdom over the next few days! Make sure you get extra napkins and be prepared to wash your hands if you dig into this cupcake. The blue frosting will stain everything you own and care about.

Be sure to check back often with WDW News Today for more food and dessert reviews!