Disney Legend Bob Matheison, a key figure in Walt Disney World’s history, from the development process to serving as Director of Operations for the Magic Kingdom at its 1971 opening to Executive Vice President of Parks for the resort in 1987, has passed away at the age of 85. 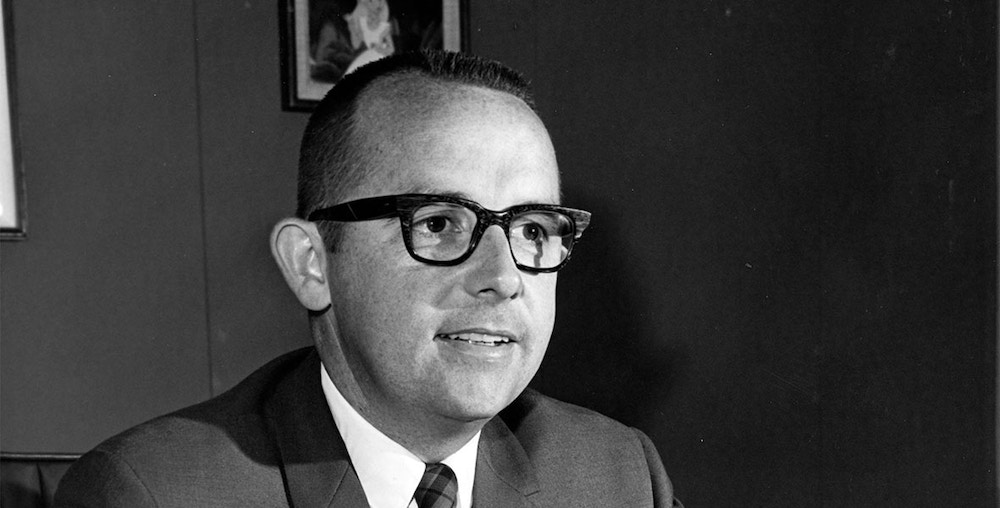 Bob Matheison wore many hats while working for the Disney theme parks. Among his contributions, he helped develop Walt Disney World and create its executive training program. Bob never considered his contributions to be “legendary,” but instead pointed to his fellow employees. “I got to work with people that believed in loyalty, camaraderie and sticking it out through good days and bad days,” he said. “No one person could do everything by himself or herself. It was a team effort.”

Born January 30, 1934, in Portland, Oregon, Bob graduated from the University of Southern California in 1955 with a bachelor’s degree in telecommunications. After college, he served two years with the United States Army at Fort Hood, Texas, working as chief of the radio-television branch of the information office. For the next two years, he broadcast news, sports, and special events from radio station WFAA in Dallas, Texas. During his broadcast career, he also served as the “voice” of the California Angels and the USC Trojans.

In 1960, Bob received a call from an old college friend, who offered him a job at Disneyland as a sound coordinator. Bob accepted, becoming responsible for programming anything audible to guests, ranging from recorded music to teaching Jungle Cruise guides how to speak into their microphones. Bob then became manager of Guest Relations and, later, helped produce live radio and television broadcasts from Disneyland.

By 1965, Walt had tapped Bob to manage the operation of it’s a small world and to supervise the technical assistance staff for Magic Skyway, Great Moments with Mr. Lincoln, and the Carousel of Progress at the New York World’s Fair.

In 1969, Bob was named director of operations at Disneyland and, a year later, he carried the title to Florida. There, he outlined an operating plan for the new theme park.

“We didn’t want to open to a big crowd, so we opened after school started. The day after Thanksgiving, however, we backed traffic up almost to Orlando.”

Bob Matheison retired in February 1994, after 34 years with The Walt Disney Company.

Matheison was named a Disney Legend in 1996.