Disney Springs’ West Side may have just gotten a bit sweeter with the recent announcement of a new, state-of-the-art M&M’s retail store taking over the former Curl and Fit2Run stores next to Splitsville. Now, new concept art has been released for the storefront. 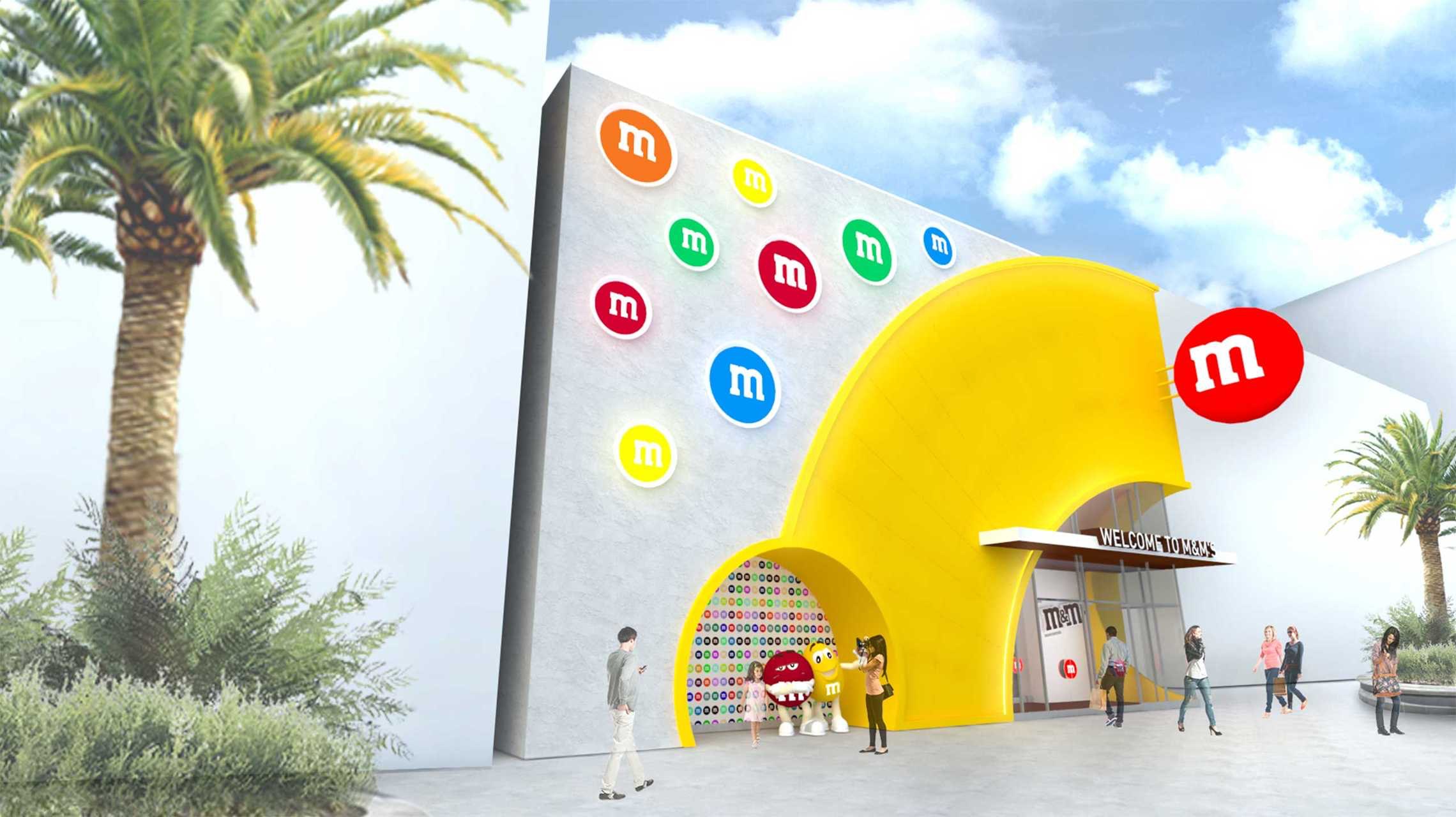 Furthering its vision to create unforgettable experiences across the globe through the world’s most iconic chocolate brand, Mars Retail Group announced in December the relocation of its existing M&M’S experiential store from Orlando to Disney Springs at Walt Disney World Resort. Construction is expected to begin immediately with an anticipated 2020 grand opening date.

The new state-of-the-art store at Disney Springs will be one of five M&M’S experiential stores owned and operated by Mars Retail Group, bringing the best experience of the M&M’S Brand to life in locations across North America, Europe and Asia. These include locations in New York, Las Vegas, London and Shanghai.

With the opening of this new store in 2020, the existing M&M’s retail location inside the Florida Mall will be closing.