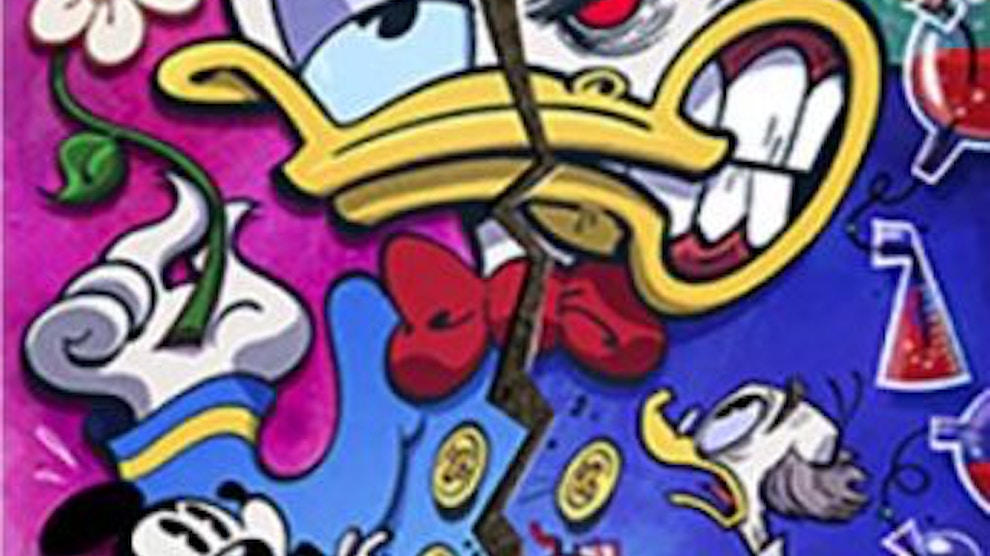 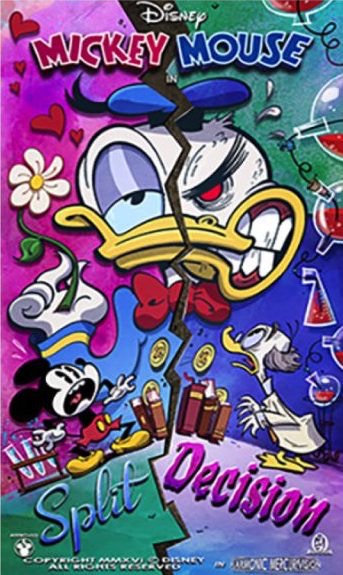 As you can see, the latest “Split Decision” poster features two very different Donalds! In the video short, Mickey takes Donald Duck to Professor Von Drake’s lab to cure his temper but something strange and unexpected happens!

You’ll soon be able to experience the unexpected surprises of Mickey’s cartoon universe like never before at Mickey & Minnie’s Runaway Railway.  During each adventure, you’ll enter the NEW Mickey Mouse cartoon short “Perfect Picnic” for an one-of-a-kind adventure where anything can happen. Why? Because here, mouse rules apply!

In the meantime, be sure to check out the “Split Decision” short for a look inside an amazing cartoon universe you’ll be able to enjoy at Mickey & Minnie’s Runaway Railway beginning March 4, 2020, at Disney’s Hollywood Studios and later at Disneyland park in 2022.