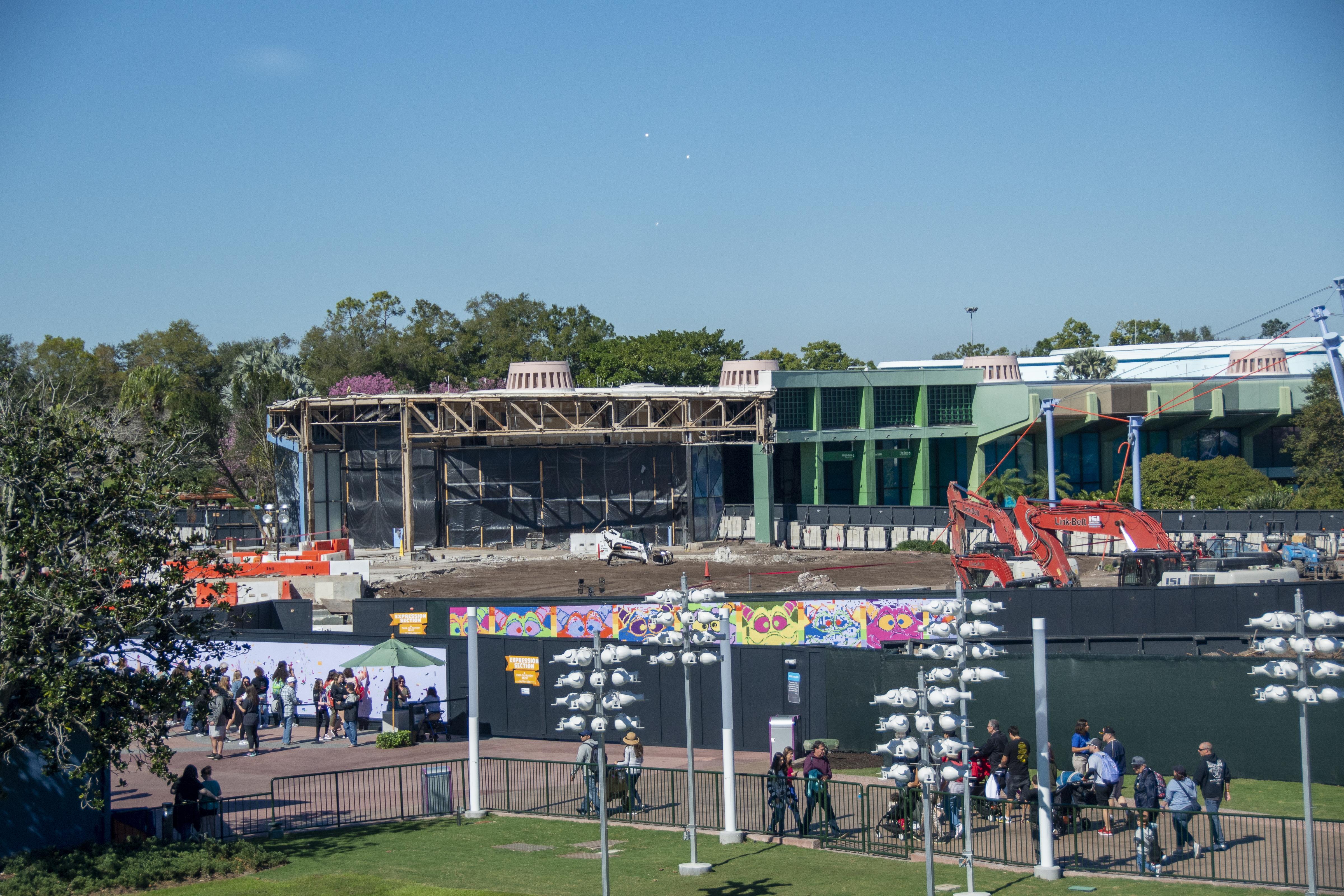 Work to reimagine EPCOT’s Future World continues to move forward at a rapid pace. Today, we stopped by to see what was new. 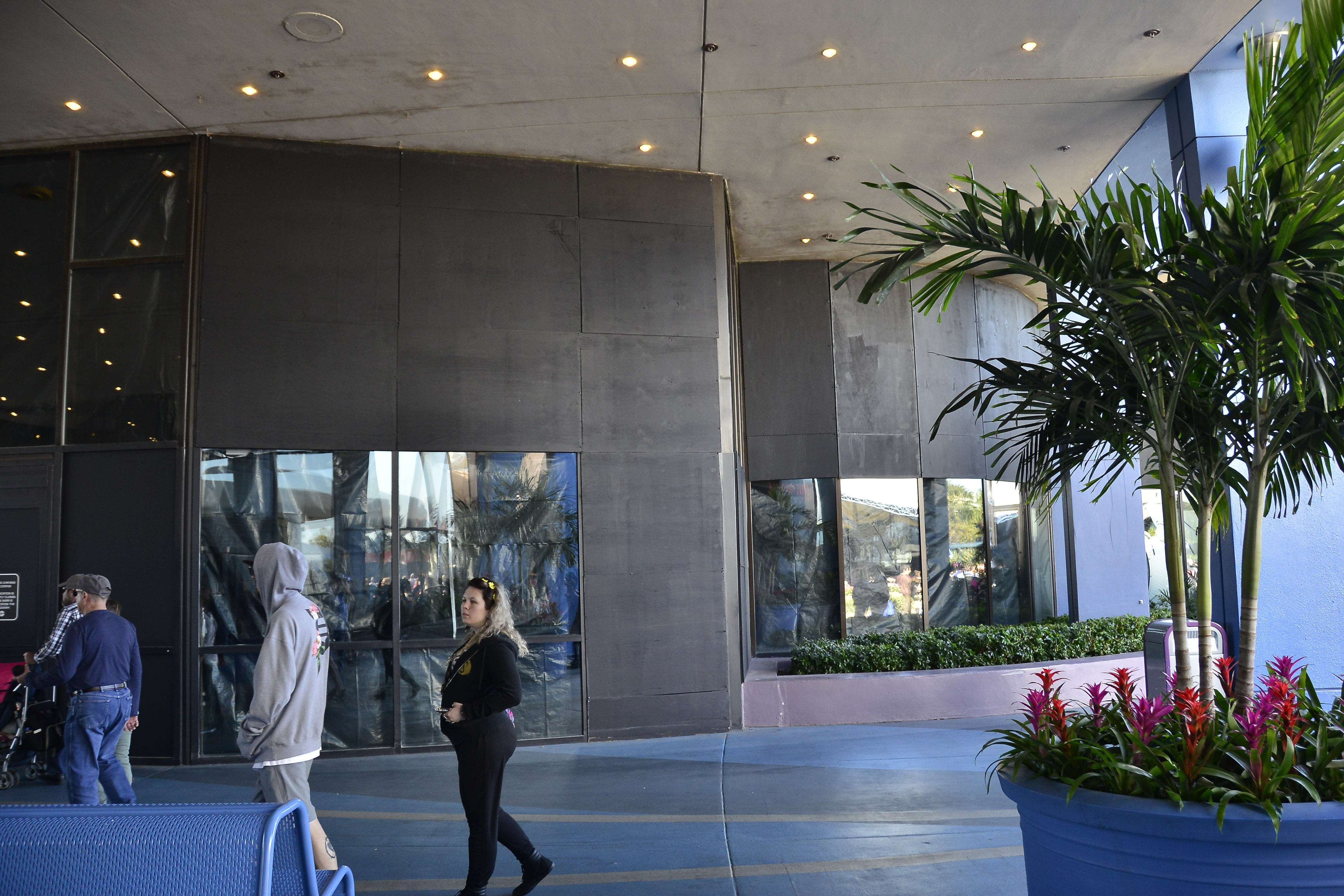 Work on the refurbishment of Mouse Gear has kickstarted this week. Most of the walls along the breezeway are now replaced with plywood that has been painted black. 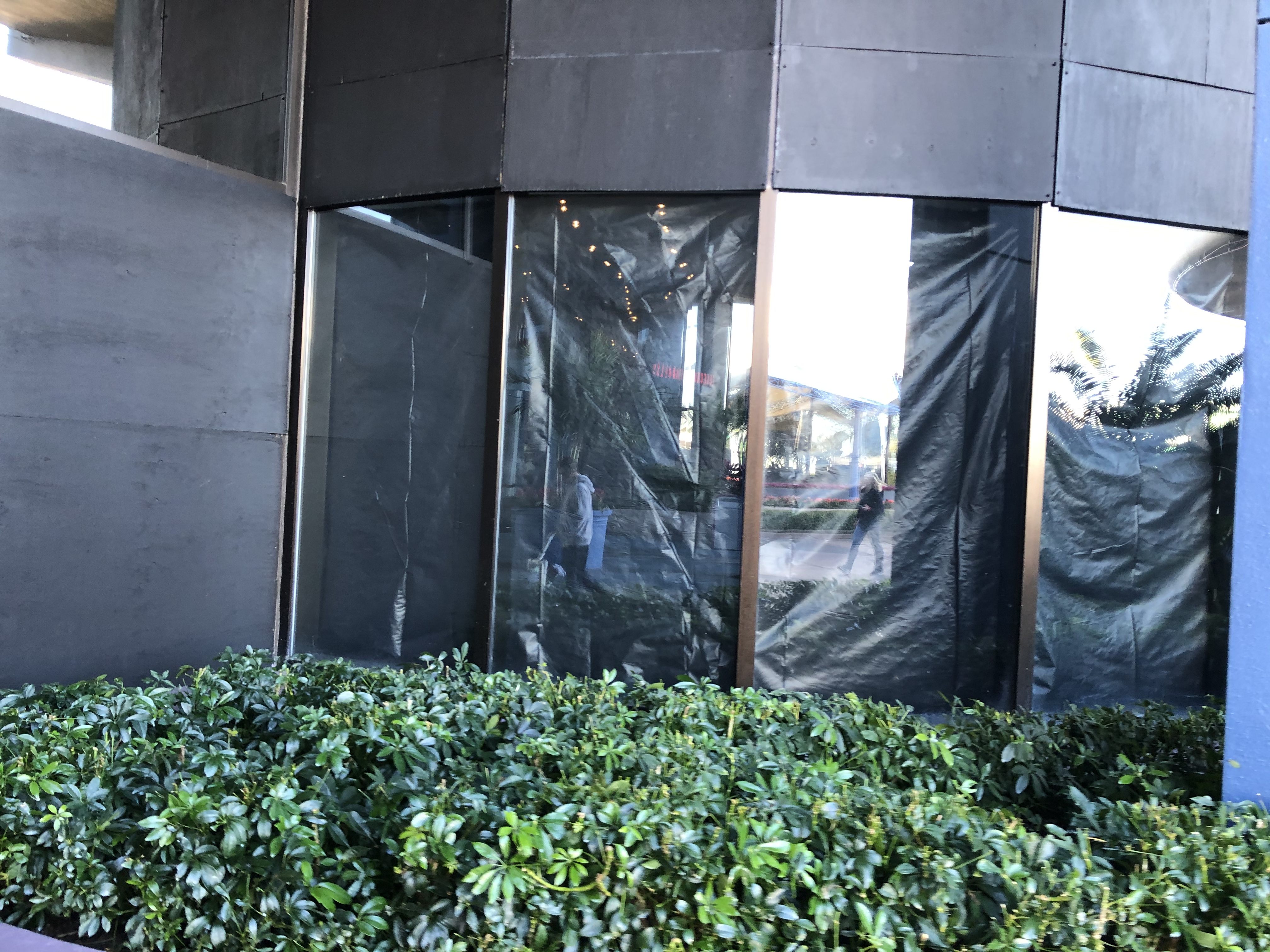 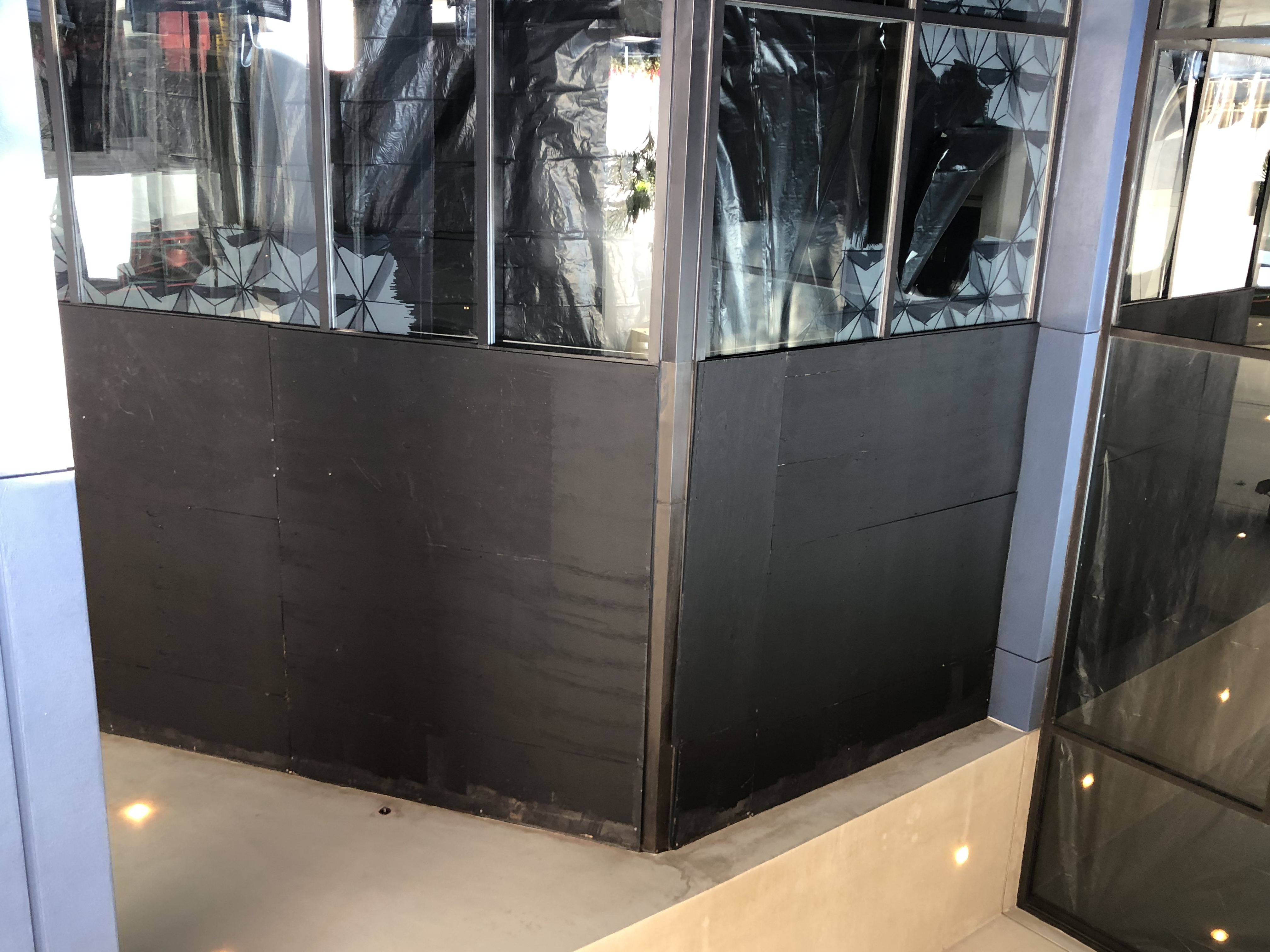 Display windows that most recently remained in place are also now empty. 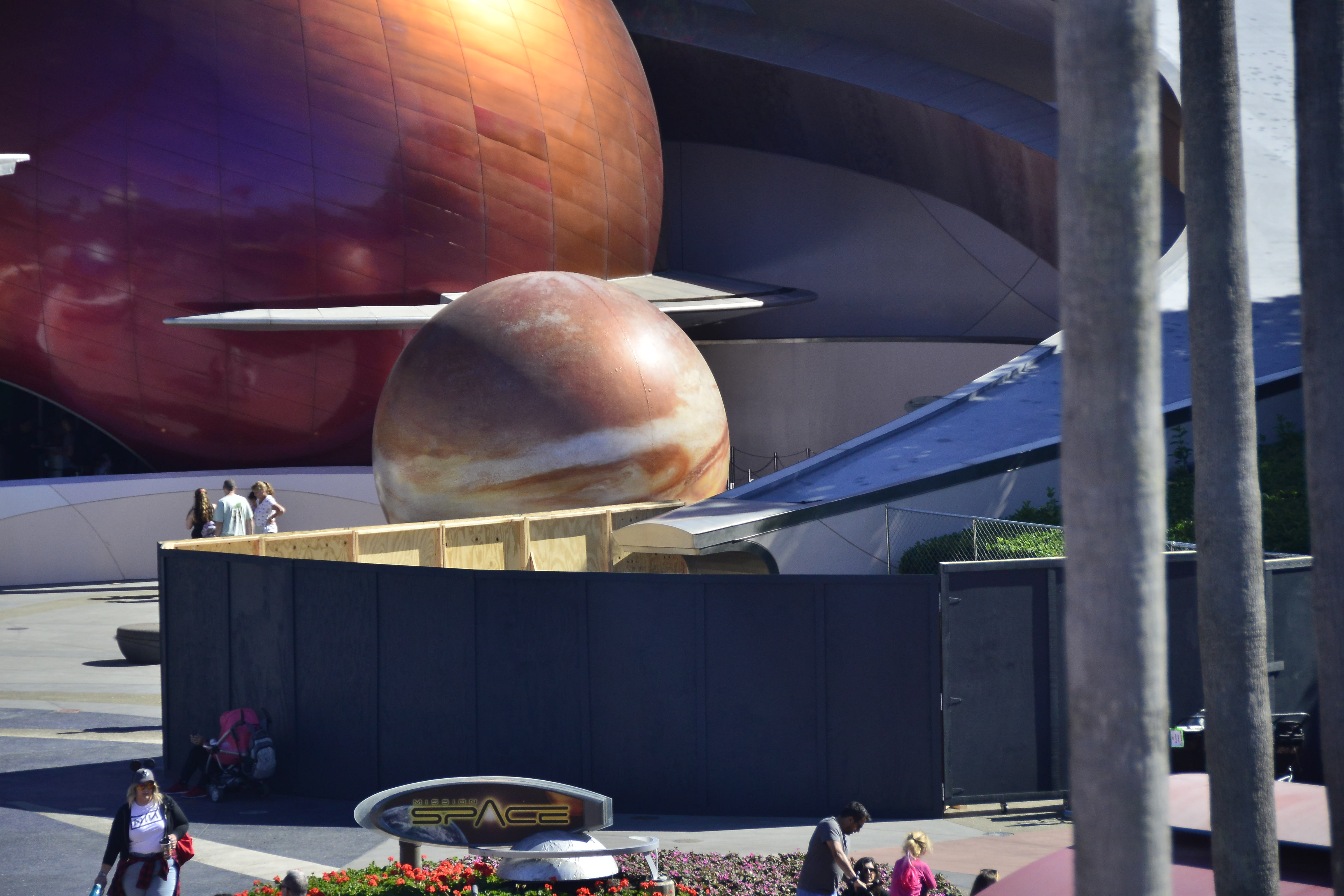 Over at the future site of Space 220, walls remain up around the right side of the attraction. 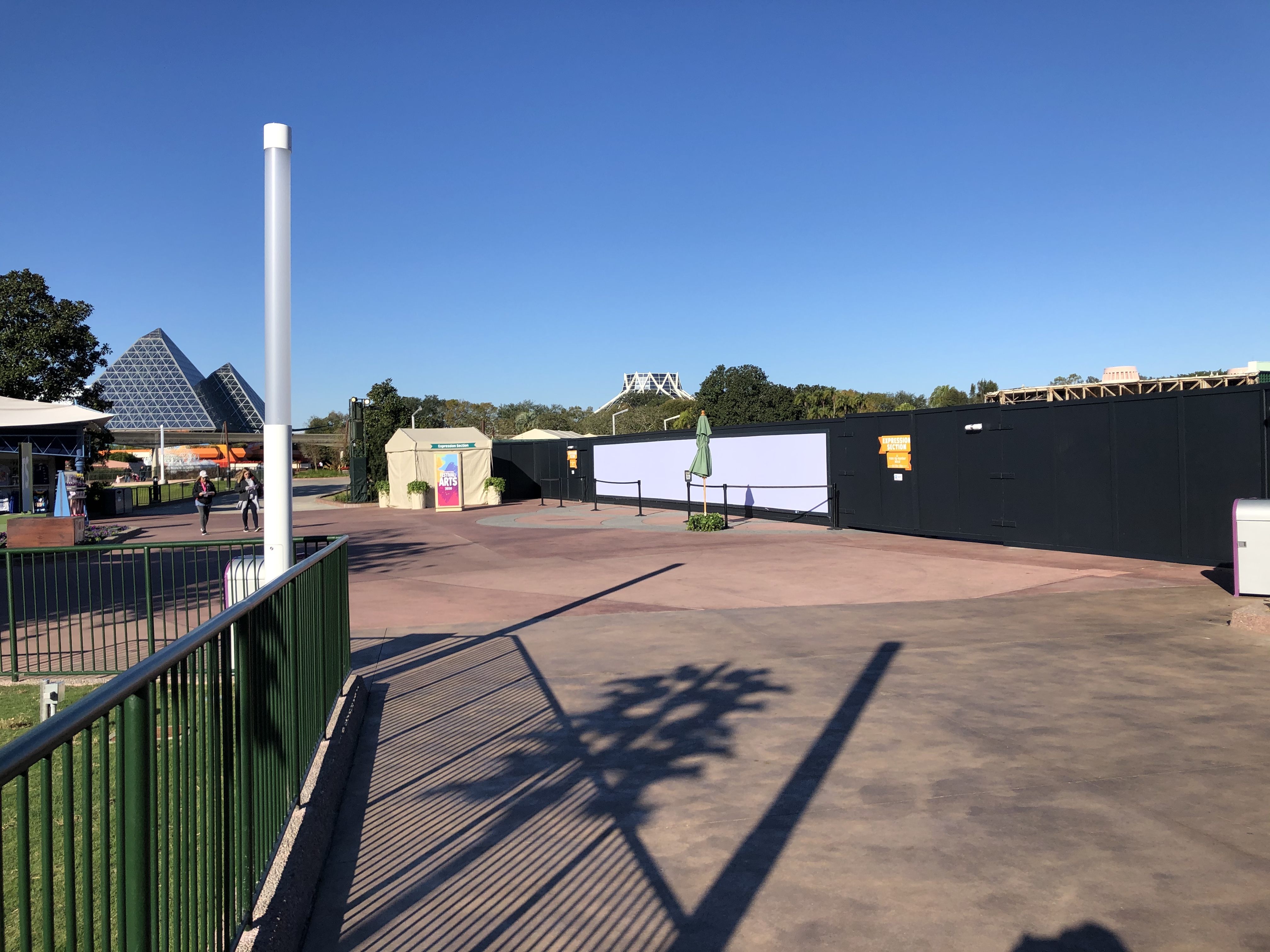 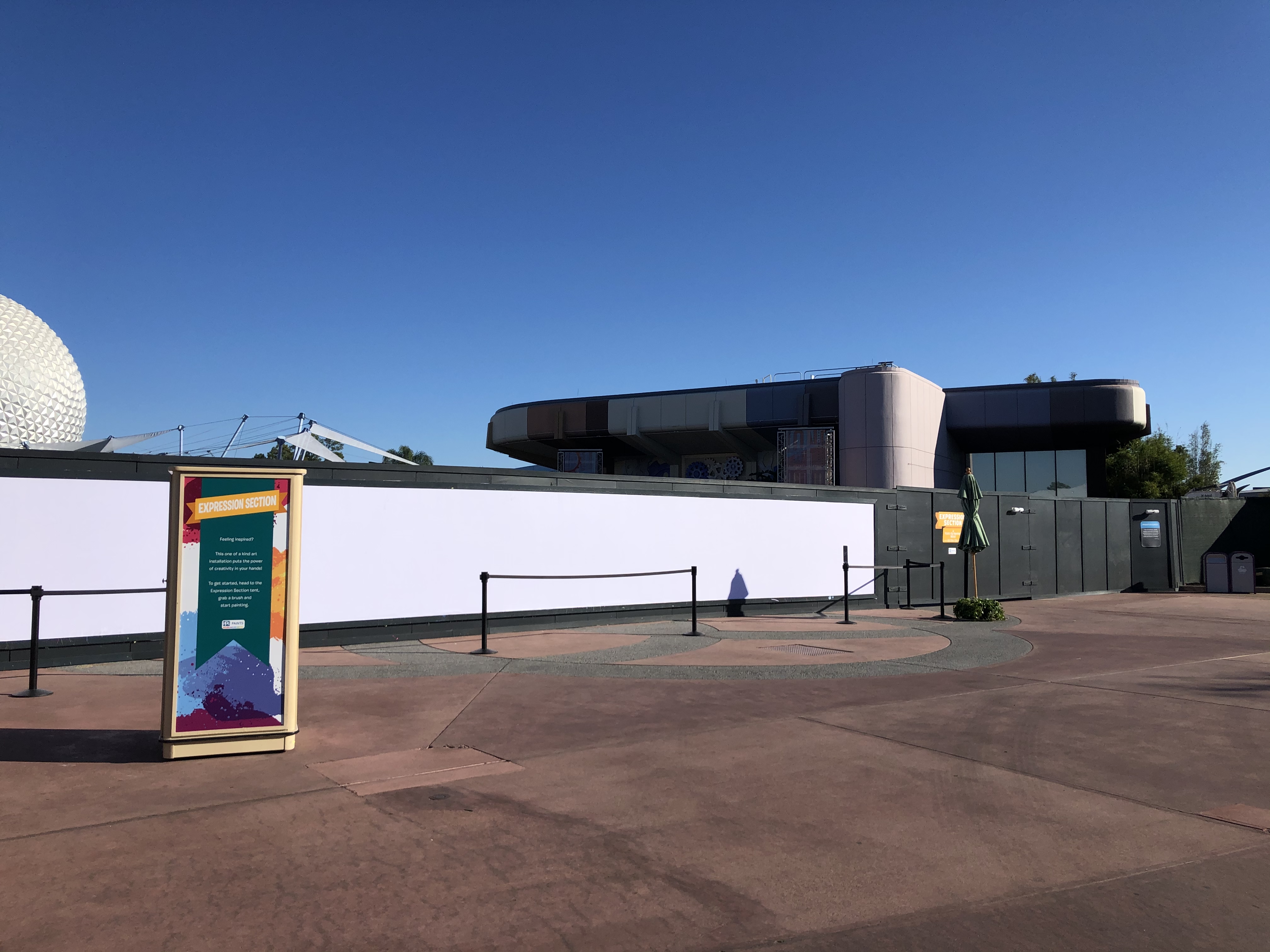 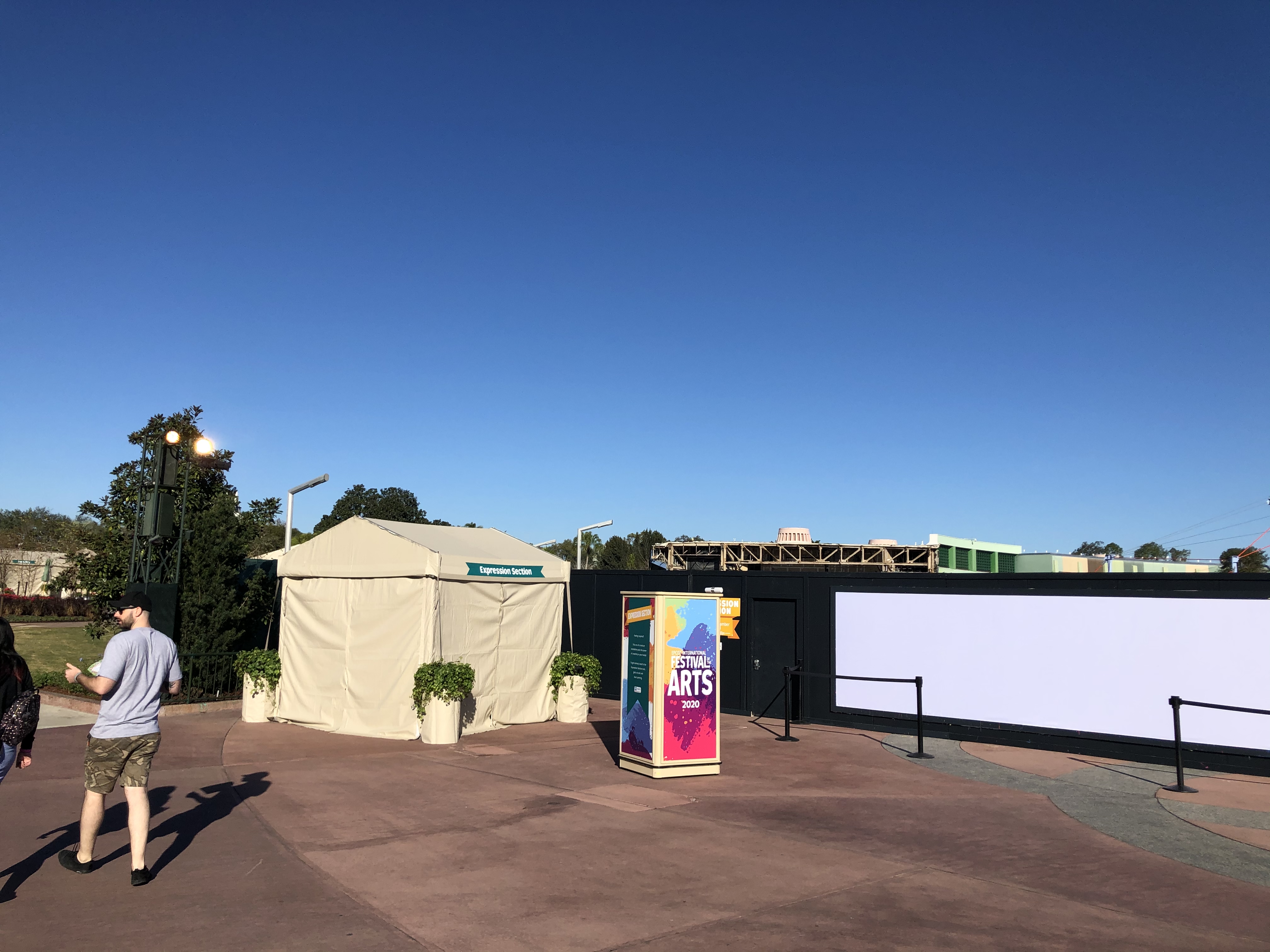 The entire paint by square section has also been moved forward along with the new wall. 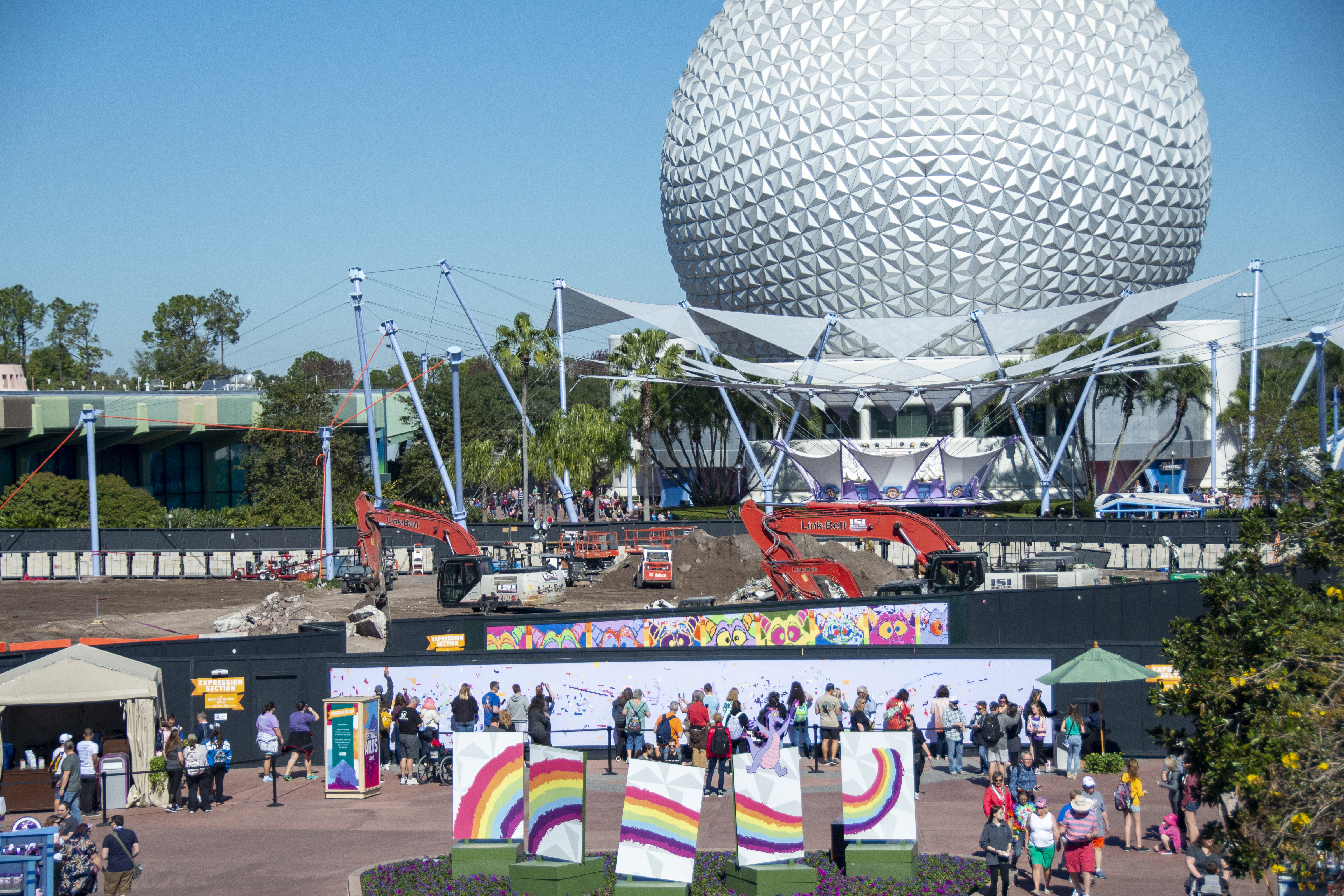 From above, we can still see where the old wall was located, thanks to the last mural still being in place on the wall. 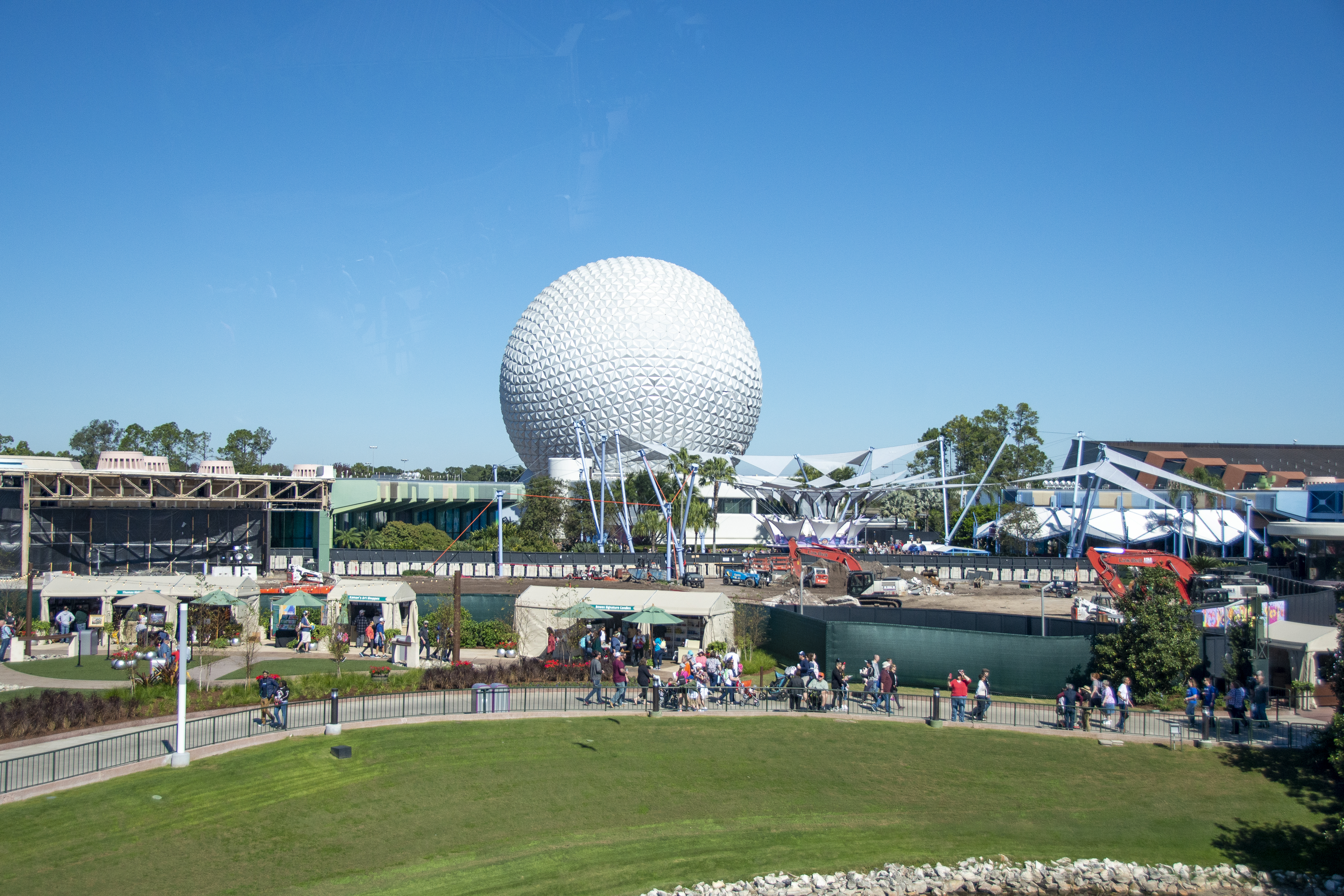 The overall scale of the area that has been removed and walled off is quite impressive from the Monorail loop.

Work on the Innoventions West building removal has seemingly come to a halt after the removal of the building frame for Club Cool and Fountainview was completed. 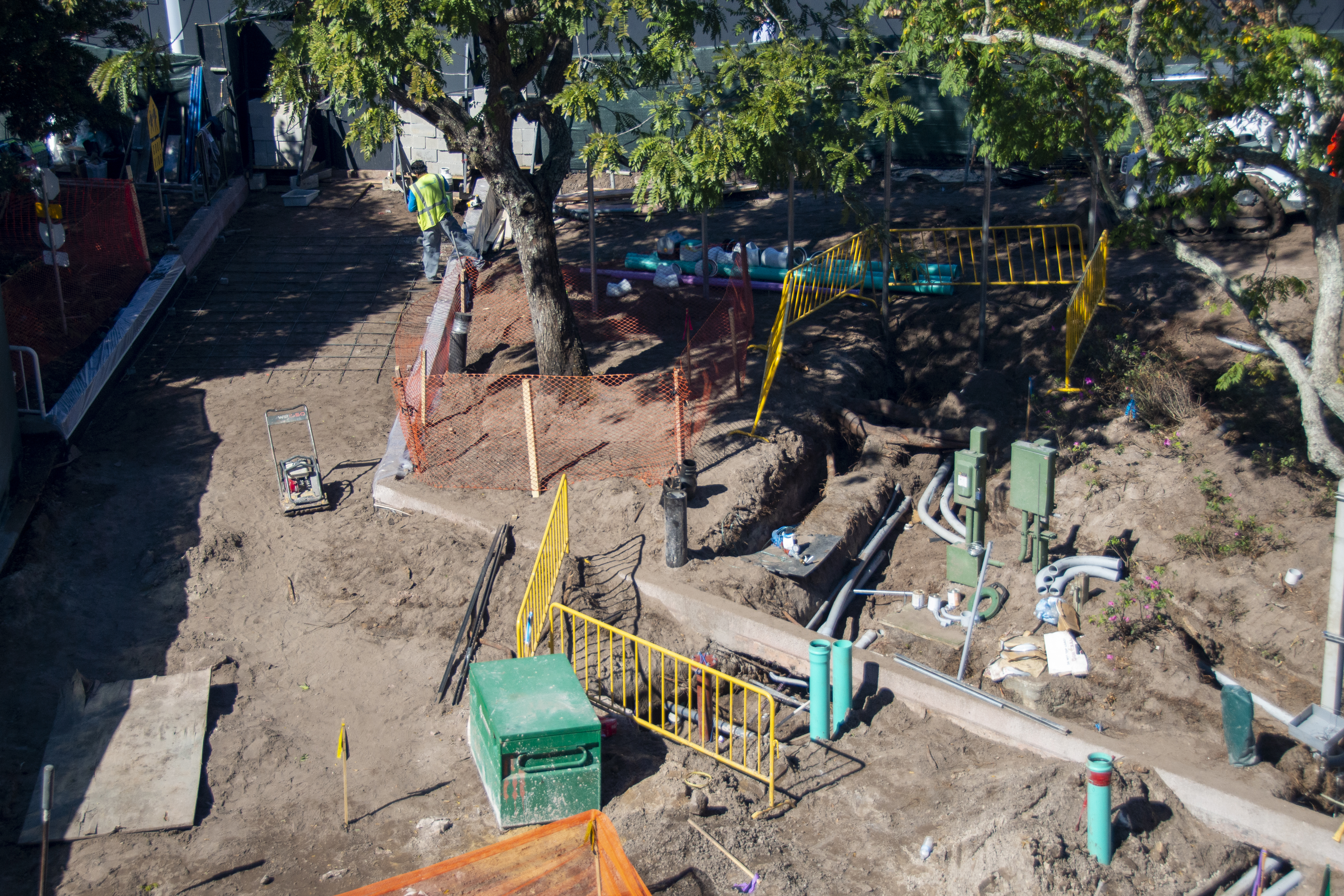 Over near the Taste Track location, we can see paving of the walkway has begun to expand back towards Test Track. 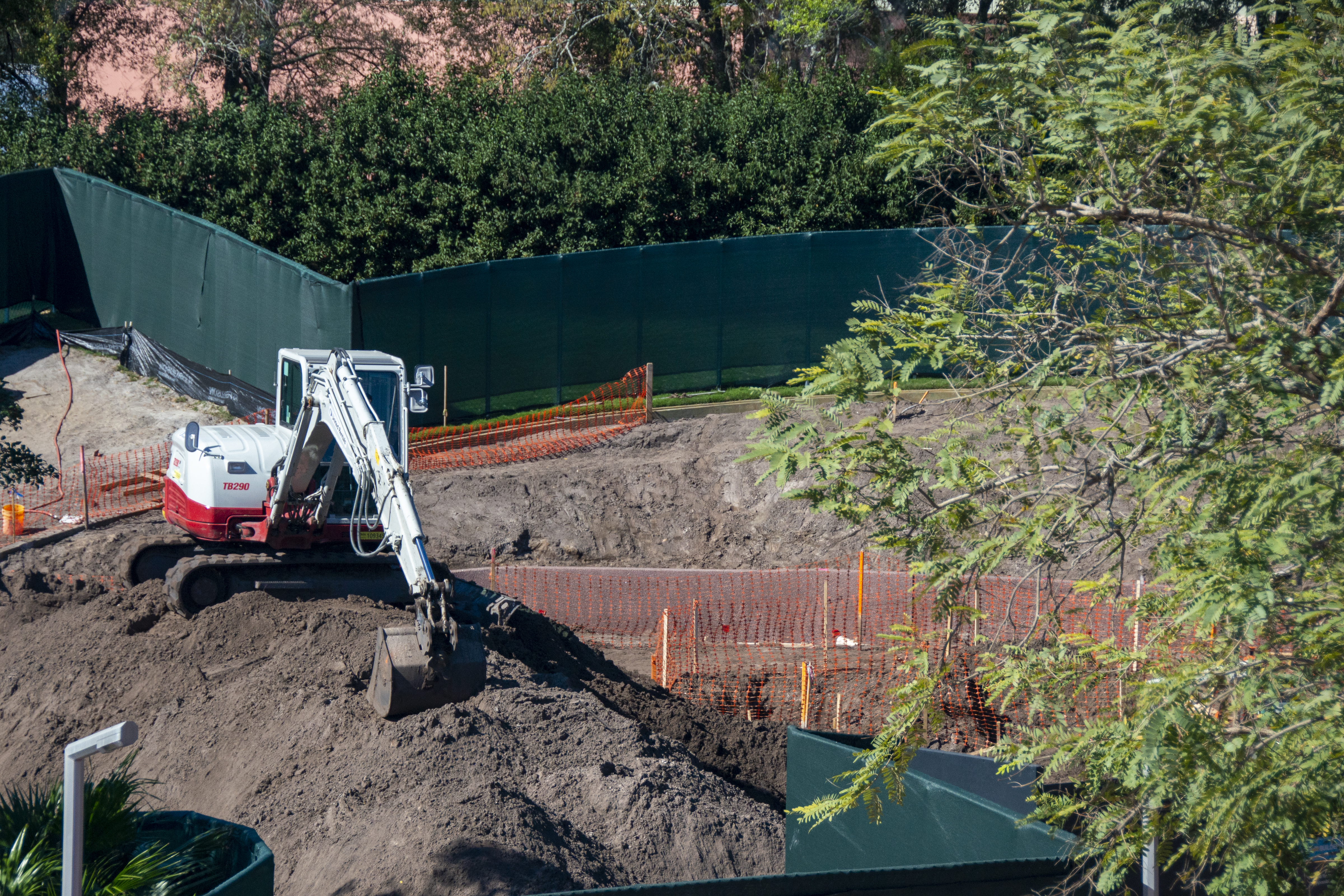 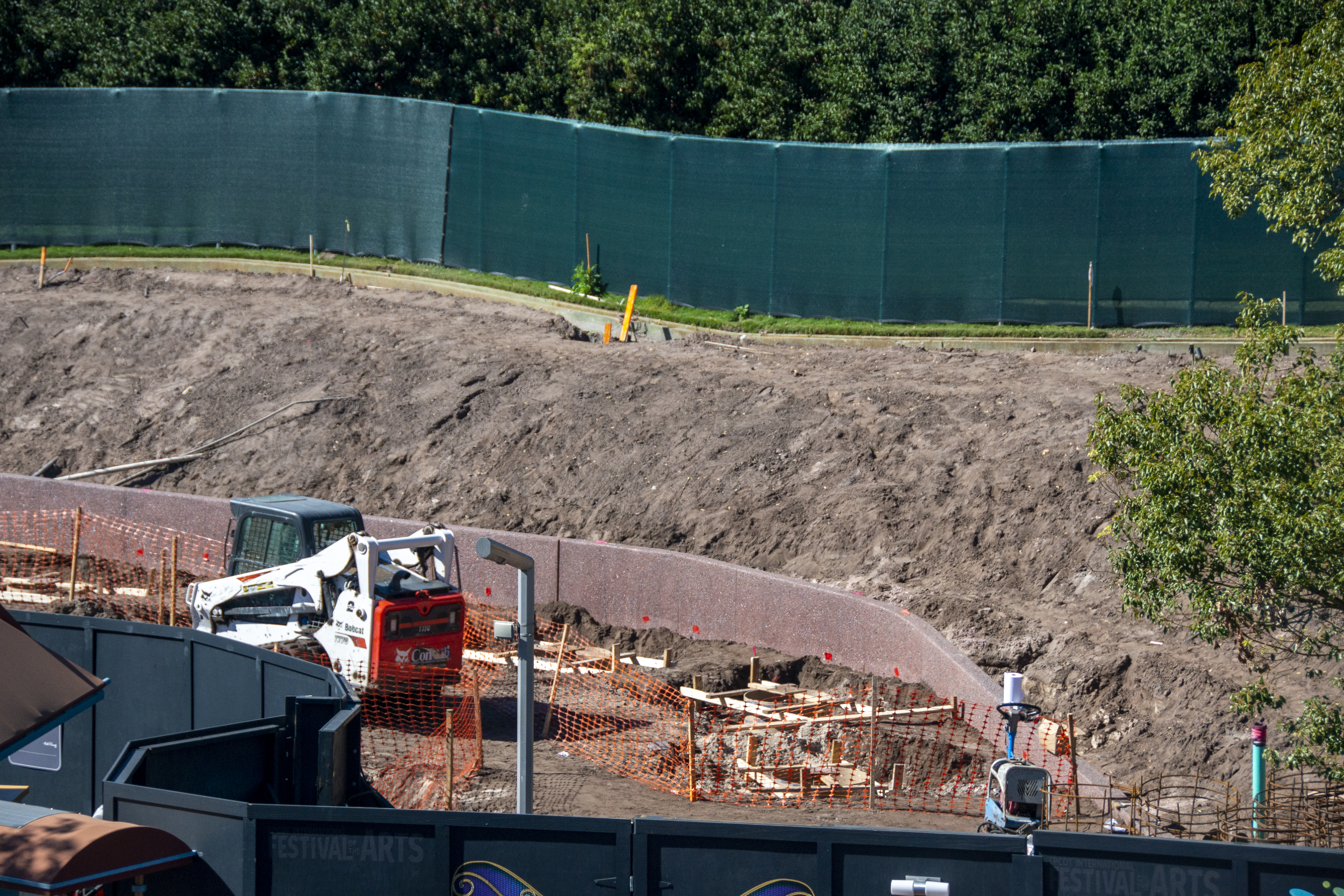 Work on the mystery wall and landscaping over between The Land and Imagination continues. The beginnings of what looks like bases for light poles are being poured. We still aren’t sure what will come from this but we will keep our eyes locked on the site.

That does it for us in Future World. Stay tuned while we keep you updated on the latest in Disney Parks news.