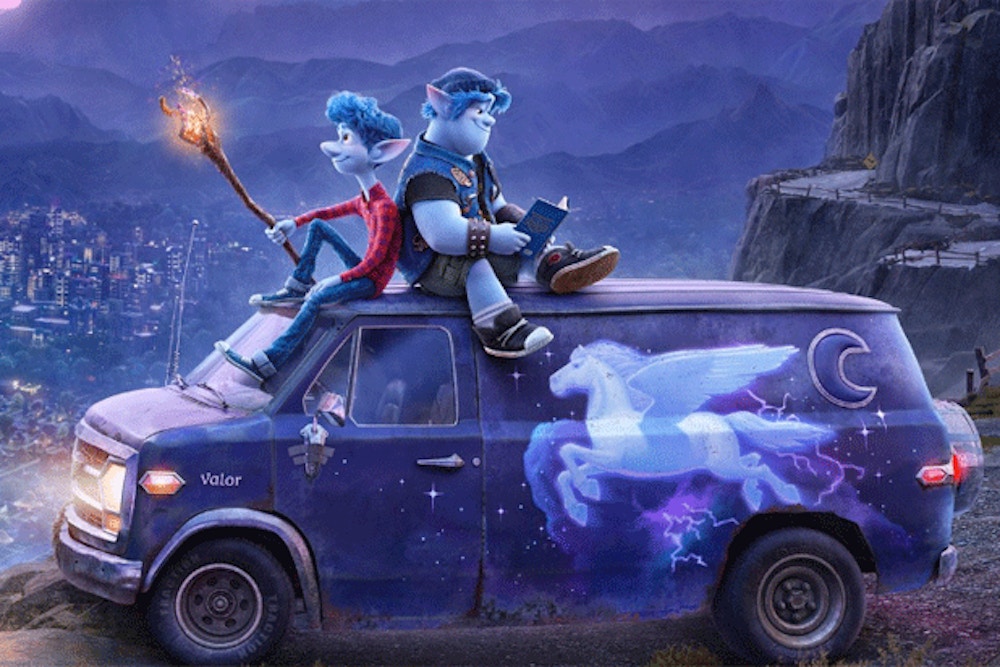 Artist Sweet Cecily Daniher has filed a lawsuit against Disney, Pixar and “Onward” producer Kori Rae over the unlawful use of a van mural that she created. The van can be seen in the upcoming Disney*Pixar film “Onward” and has already been displayed in marketing and trailers for the film.

Daniher created her mural (below) on the side of a 1972 Chevy G10 van, back in 2014. The mural was inspired by her love for unicorns and she named her completed project “The Vanicorn”.

The van seen in “Onward” does bear a striking resemblance to the one that Daniher created (below), with one exception. The van used in “Onward” displays a Pegasus instead of a unicorn.

According to Daniher, Pixar did rent the van from her for a special event back in 2018. She was never informed by Pixar that her Vanicorn would be used in the movie “Onward”. Once she discovered that the van was being used for the marketing of the film, she was contacted by the producer who apologized and admitted that a mistake was made.

On June 3, she posted the image again with this caption: “Well, &^#! The producer of ‘Onward’ just called me. She wanted to know HOW I’M FEELING…(?!) and to apologize…. she also wanted to tell me that they rented my van without disclosing their full intentions, or plans, and she’s sorry for that too.”

In the complaint, Daniher says Rae apologized and admitted they intentionally didn’t inform her that they intended to use the Vanicorn as a character in Onward because, at the time, the film didn’t have a title and without a title they couldn’t have her sign a non-disclosure agreement.

Daniher is suing for copyright infringement, violation of the Digital Millennium Copyright Act, violation of the Visual Artists Rights Act and violation of the California Artists Protection Act. In addition to seeking damages, Daniher is asking the court for an injunction barring defendants from distributing, marketing or selling infringing advertisements, merchandise and the film itself and she wants a declaration that defendants’ related copyrights are invalid.