With Gateway Gifts now closed for refurbishment at EPCOT, we half expected to see some signage outside of its doors this morning, but instead we were greeted by a row of planters blocking that entire section off to the side of Spaceship Earth. As part of its refurbishment, all of the walkway concrete on that side, which had previously been scored, is now being replaced. As guests enter the park, they’re funneled over to the right side of Spaceship Earth now. Those rope dropping the park are held off to the side by the remaining Innoventions West until park open. 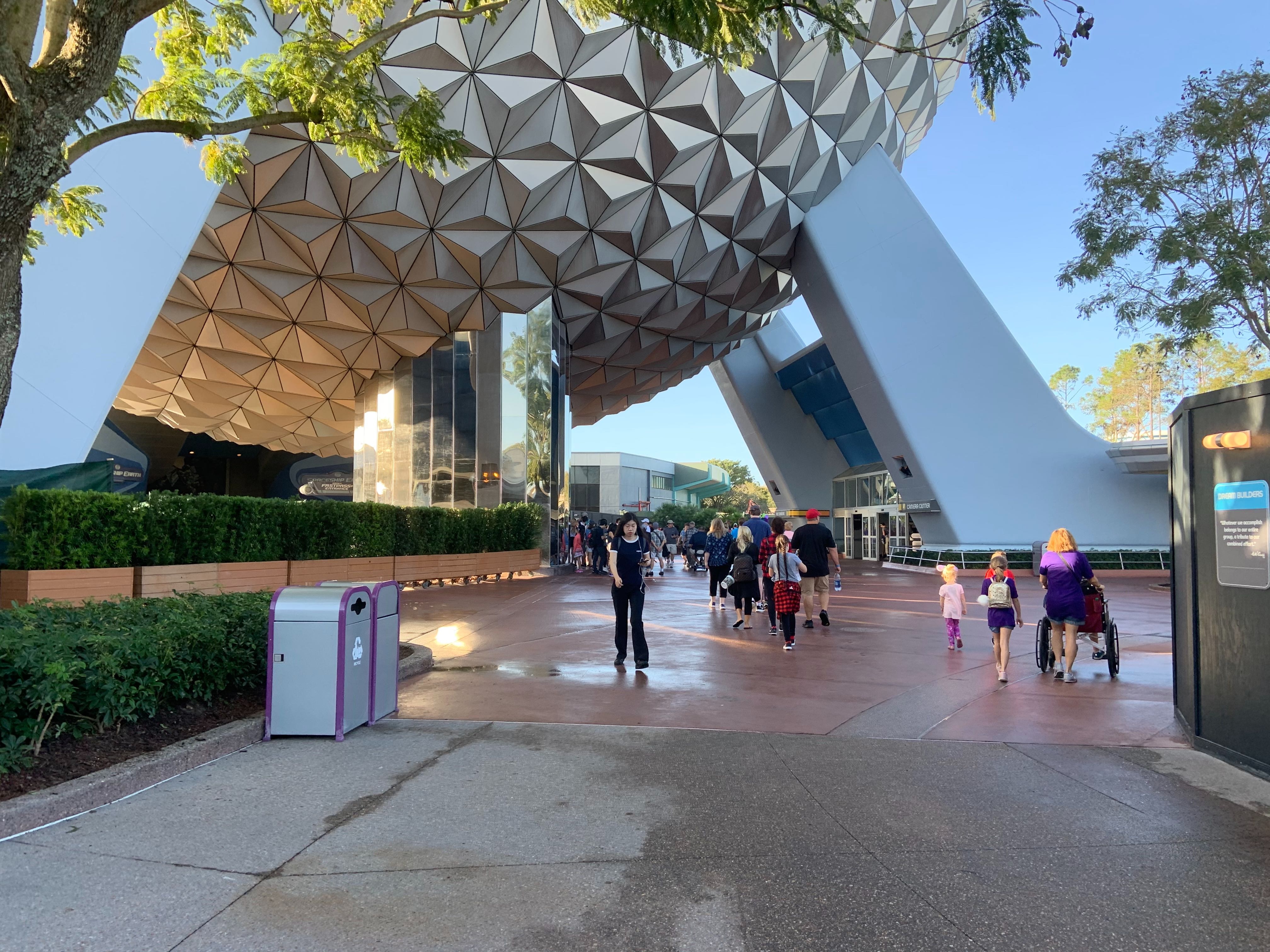 With the new planters up, it’s somewhat of a tight bottleneck for guests entering, as the entire west side of the entrance plaza is also walled off. The new bypass walkway leading into The Seas and The Land pavilions is currently roped off (and has probably been closed for more days than it’s been open at this point.) If you’re looking for a less cramped entry experience, we suggest taking the east entrance plaza garden paths over. Whatever you do, though, you’ll still end up packed in between Project Tomorrow and the former Art of Disney store. Back over at Gateway Gifts, there are planters blocking the entire entrance, from the side railing to the central Spaceship Earth mirrors. Scrim-covered fences line the exterior extended queue for Spaceship Earth, all the way over to Guest Relations. Over on the Guest Relations side, construction walls now cap off this end of that walkway. You can still access a small queue exit on the back. Guest Relations remains open, with planters blocking what will soon open as the west bypass walkway leading over to World Discovery, where Guardians of the Galaxy: Cosmic Rewind and the Play! Pavilion are still being worked on.

If you didn’t get a chance to say goodbye to Gateway Gifts, you can check out our full closing photo and video tour here. The store is expected to reopen on January 19th.

Next
PHOTOS, VIDEO: One Final Tour of EPCOT’s Gateway Gifts Before it Closes for Refurbishment