All aboard the Runnamuck Railroad! Next stop: Mickey and Minnie’s Runaway Railway! Goofy’s train has derailed and landed at Walt Disney World, and we have an all-new ride vehicle toy to tinker with until the opening of Mickey’s first-ever feature attraction this March. Originally previewed back in early December, the first piece of Mickey and Minnie’s Runaway Railway merchandise has hit the stores, and it’s chugging along quite nicely. 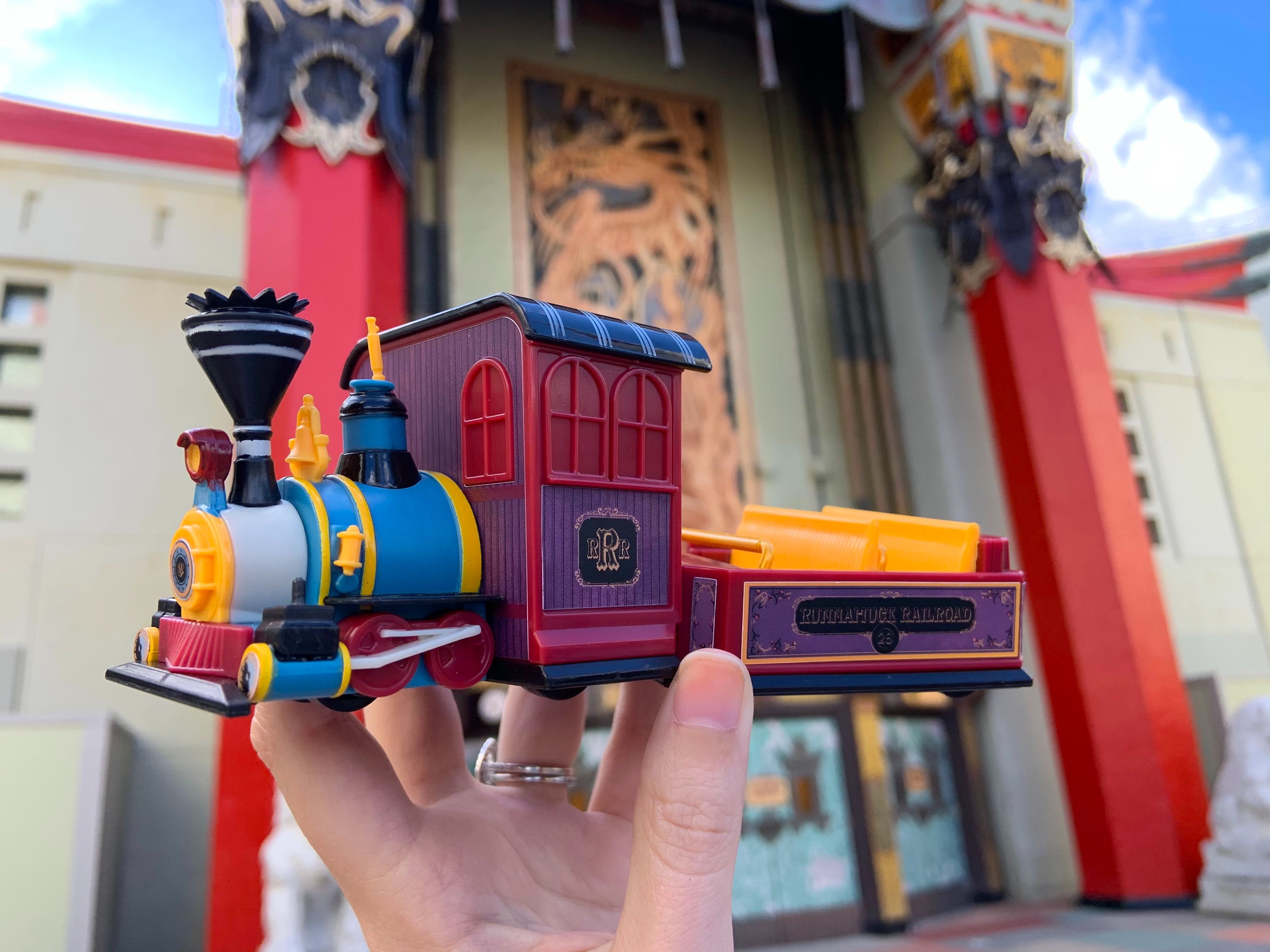 The toy train is an exact replica of Goofy’s Runnamuck Railroad car, with the front engine and passenger seats––complete with pull-down safety bars––included in the back. 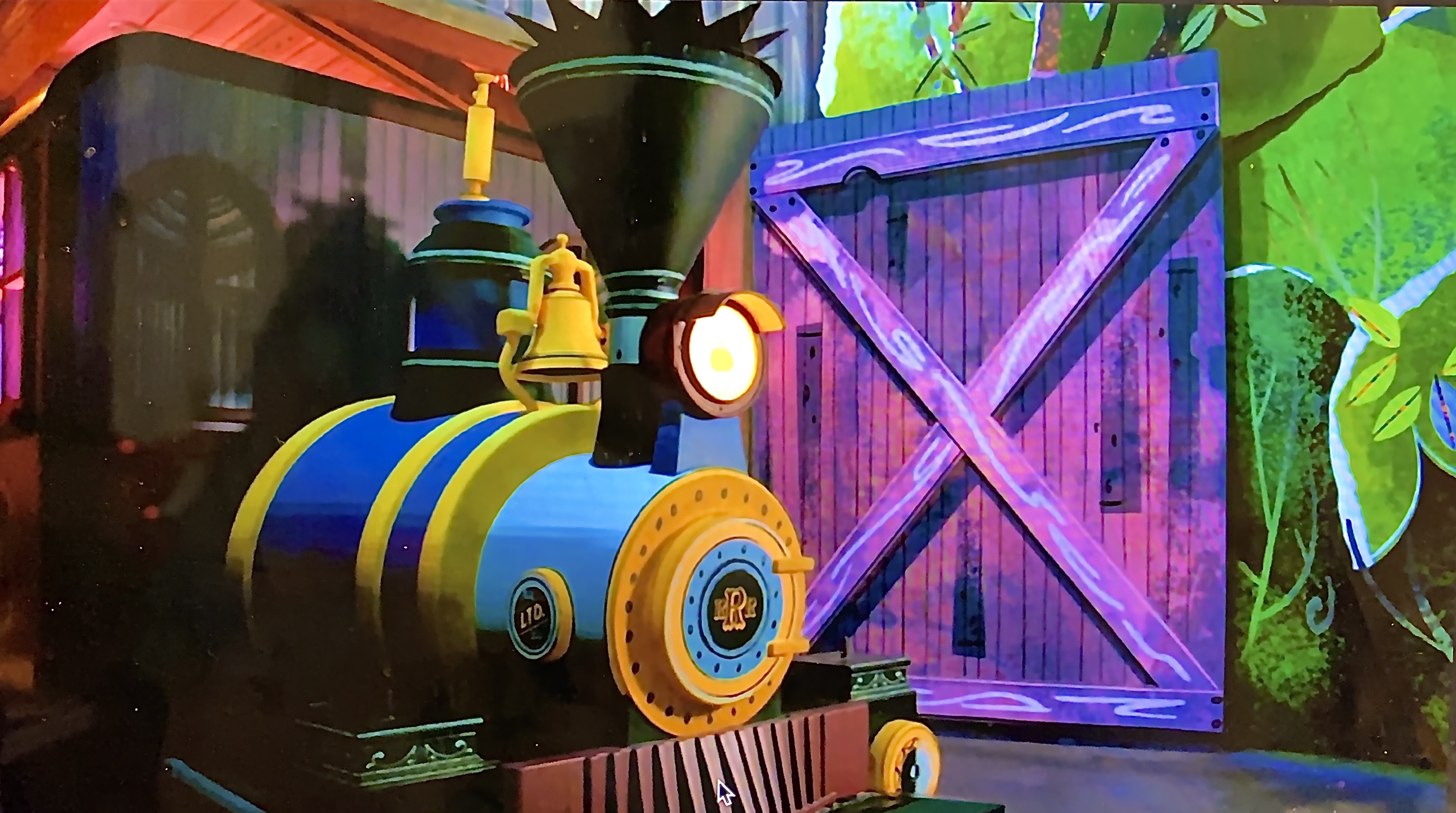 If you look closely, you’ll notice that the train has all the makings of the original, down to the “RRR” logos, bells, lights, and smokestack. 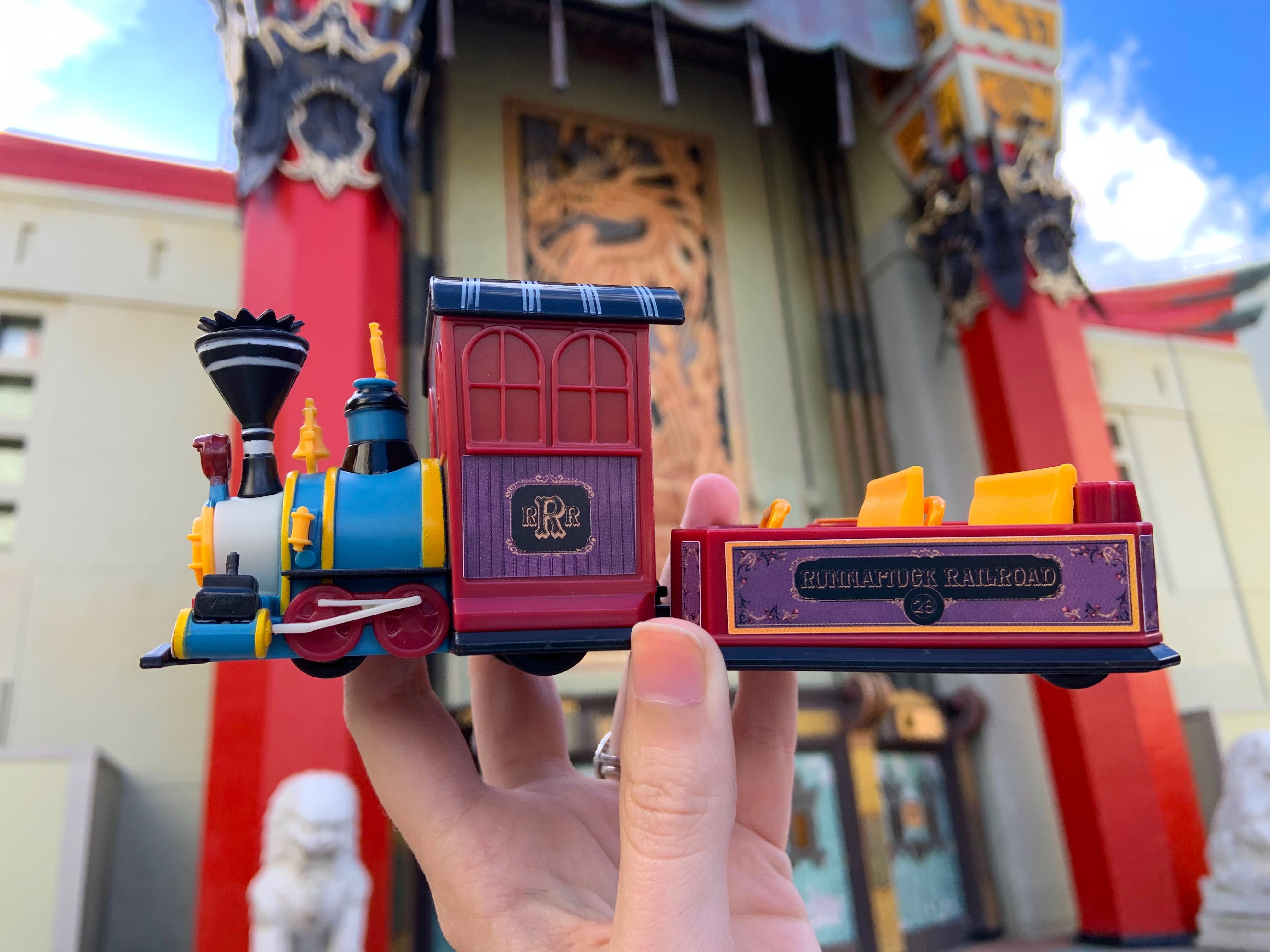 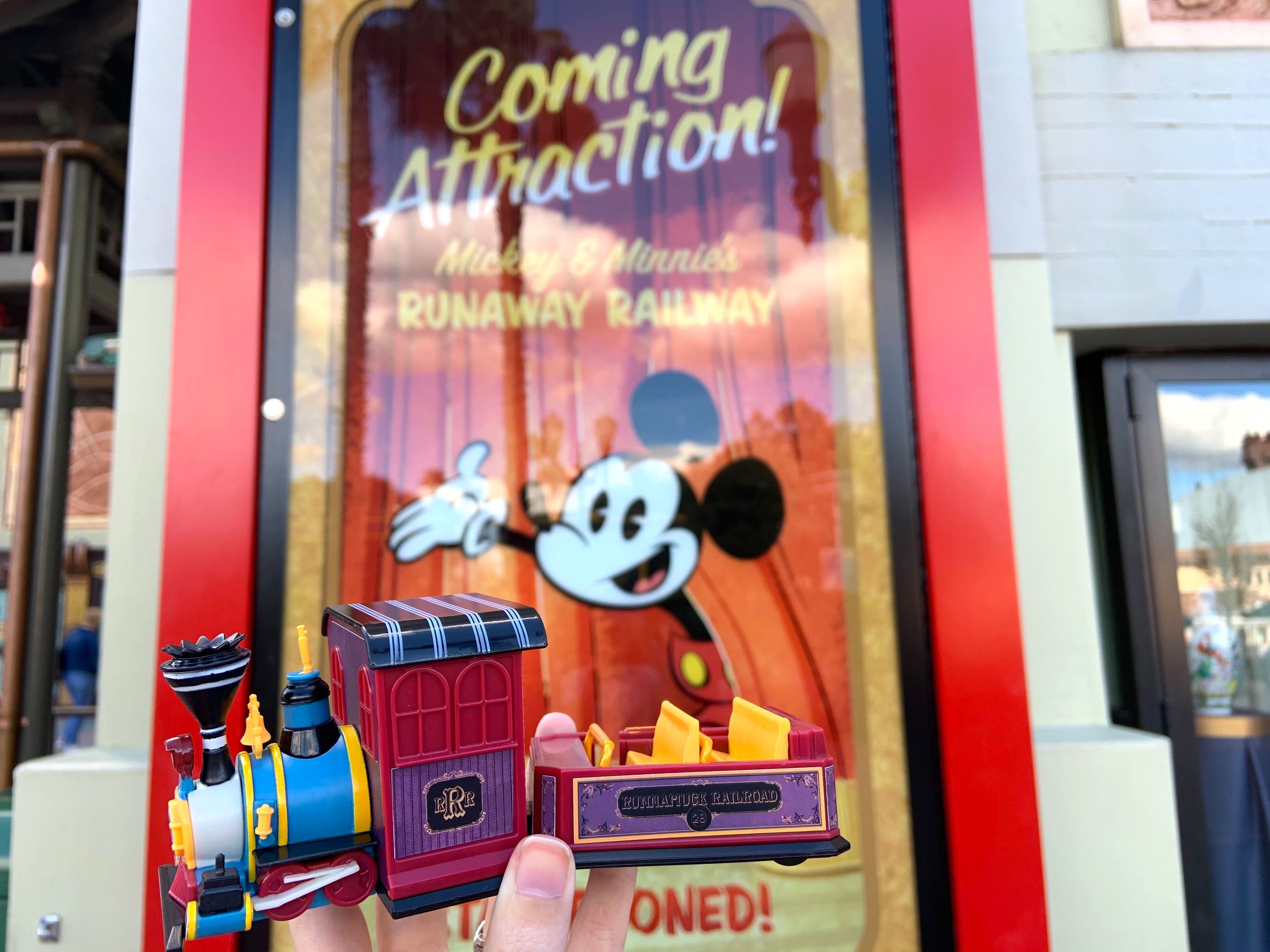 The train actually moves, you just pull it back and watch it zoom by! It’s far from trackless technology, but after all, it is just a toy. Despite buttons on the sides, the toy train does not light up or make any sounds, unfortunately. 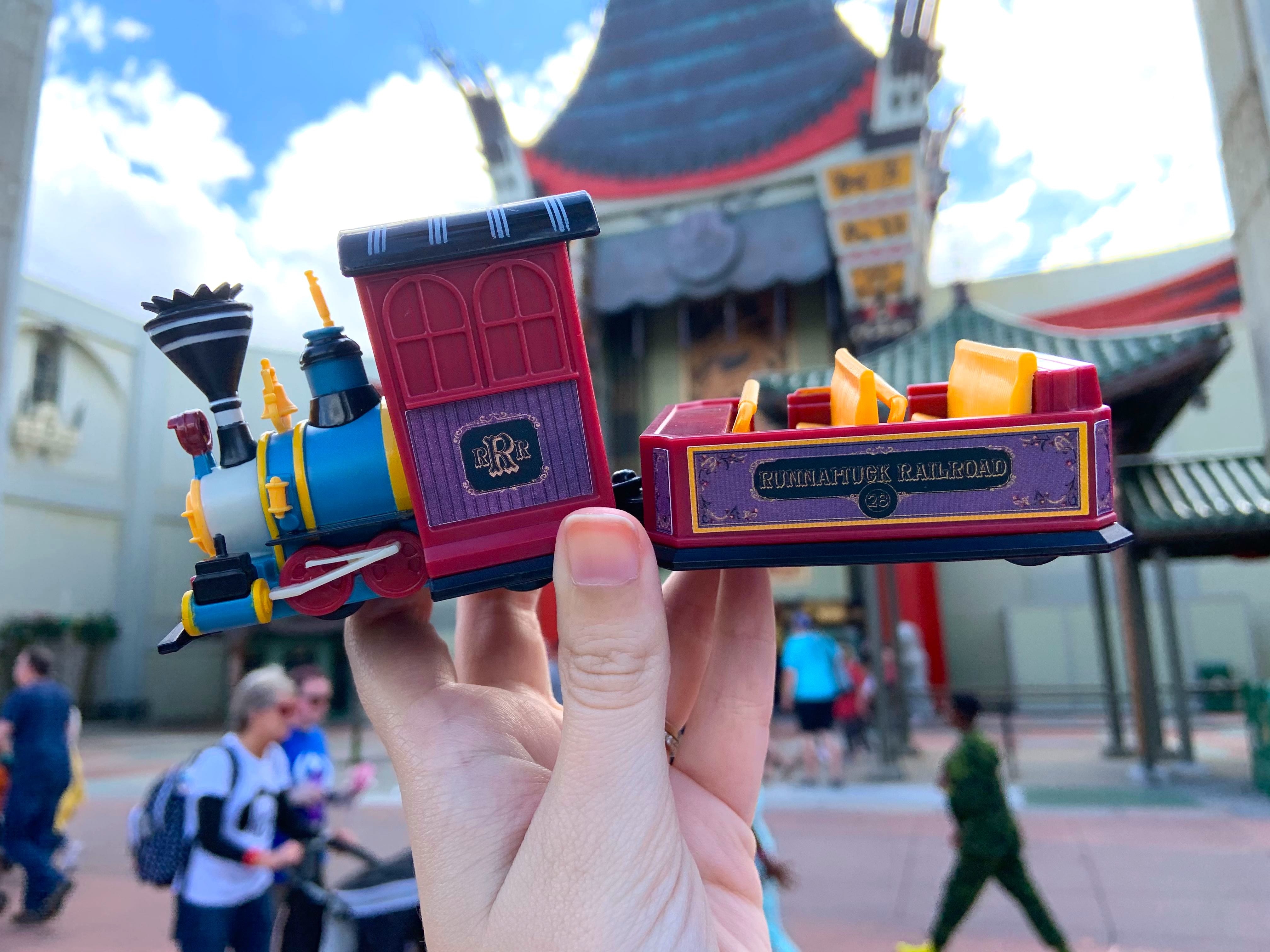 At Mickey and Minnie’s Runaway Railway, the park’s Chinese Theatre serves as the magic portal through which you can actually step into a colorful cartoon world where mouse rules apply. 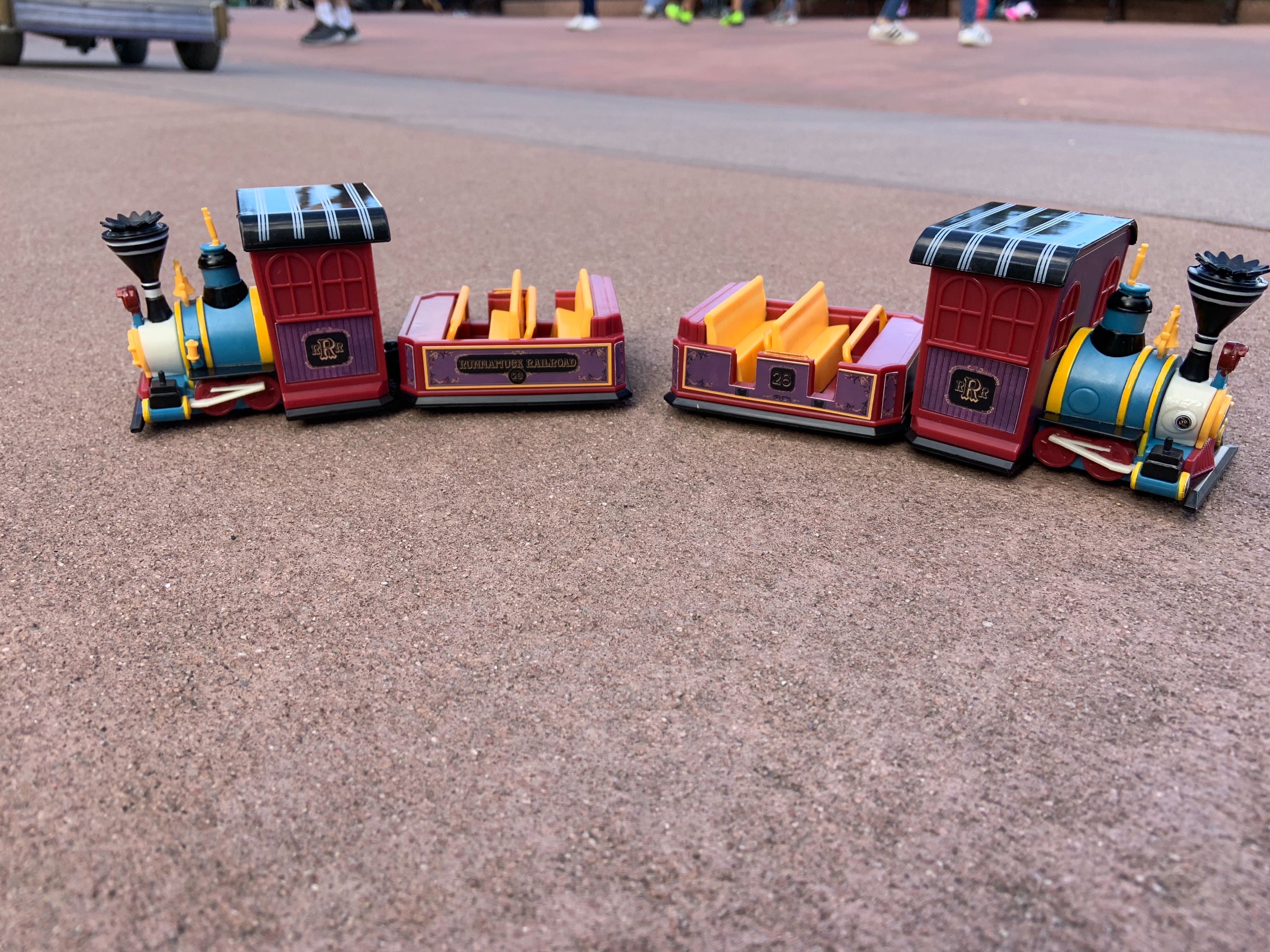 If you’re curious about the actual ride vehicles for the attraction, guests will board a16-passenger train consisting of four separate cars that hold four guests each (two rows of two), before it departs the train barn at the beginning of the attraction. It would have been nice to have train conductor Goofy make an appearance in one of the windows, but that probably would have required too much decal work for a tiny wind-up toy train. If you’re pining for this toy train, we found it at Disney’s Old Key West Resort of all places, inside the Conch General Store, for $9.99. The low price makes it a must-have for casual fans and ride vehicle enthusiasts alike.

Next
PHOTOS: New “The World of PIXAR” Spirit Jersey and Merchandise Lands at the Disneyland Resort