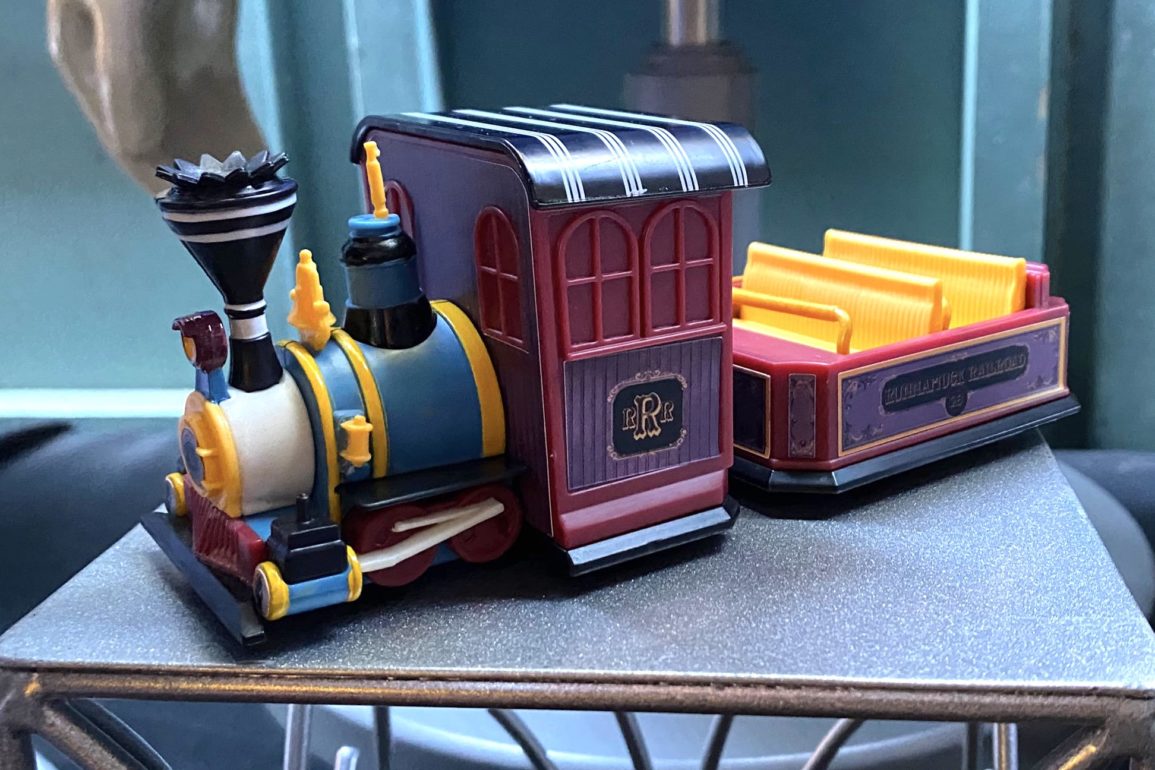 With an official opening date now set, there’s a ton of hype behind Mickey & Minnie’s Runaway Railway, opening at Disney’s Hollywood Studios this upcoming March. Of course, no attraction opening would be complete without merchandise, and thanks to various media previews at the park today, we have a sneak peek at some of the apparel, toys, pins, and even a MagicBand that will be released.

First up, we have a look at some of the Limited Edition pins, which include an opening day logo pin and a Passholder exclusive pin with the illuminated entrance marquee.

Both pins, of course, feature Mickey and Minnie in their animated styles.

The apparel here is pretty fun, with a Goofy train conductor hat and an exclusive Passholder tee with the quote, “Nothing can stop us now!” Some themed, animated style plush are also seen on display here.

The quote is also used on another opening day tee design.

It appears the band is also a Passholder exclusive.

We love our ride vehicle toys around here, and this toy model of the train and ride vehicle is a pretty sweet addition to the merch lineup.

The new attraction will even get its very own Wishables plush line, complete with a train, Mickey and Minnie, Daisy, and the tiny yellow bird named Chuuby seen throughout the attraction. Goofy as a conductor will be available outside of the blind bags. In this shot, you can also see the scoopneck style tee that will be released.

The adorable yellow bird will also be featured in a purse. Watch out, Orange Bird! A third, open-edition pin and ornament will also be available, as well as a train whistle, a mug, and the vintage Minnie ears we’d seen earlier in the park.

Official merchandise previews should take place in the months leading up to the attraction opening, with the release taking place opening day. Are you excited for all of this new merch?

Previous
VIDEO: The Final Battle Begins In This New TV Spot For “Star Wars: The Rise Of Skywalker”

Next
Disneyland Paris Pride Set to Return in June 2020