Have you already binge-watched “The Legend of the Three Caballeros” on Disney+? Do you love animation art? Have you ever been to Bahia? (Okay, maybe that last one isn’t as important.) Celebrate those three happy chappies, The Three Caballeros, with a brand new t-shirt from the Ink and Paint collection at EPCOT! 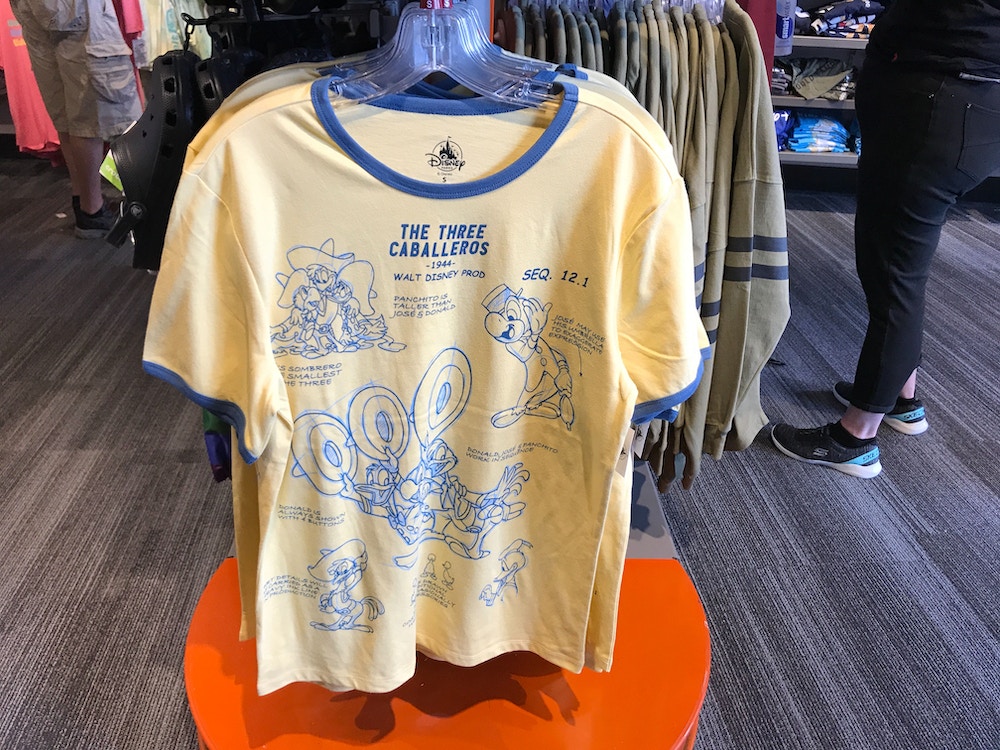 The artwork on the shirt is reminiscent of character style guides that studios use to ensure character consistency across all media. 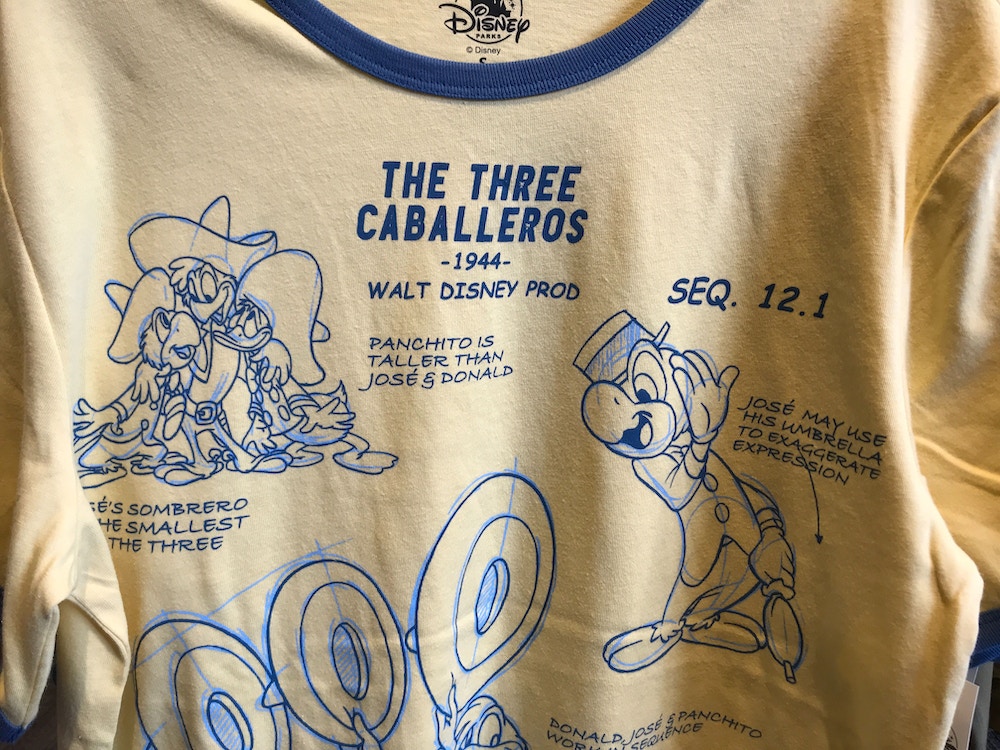 Details such as “Panchito is taller than Jose [Carioca] & Donald [Duck],” ‘Jose’s sombrero is the smallest of the three” “Jose may use his umbrella to exaggerate expression” can be seen with sketches of the Three Caballeros. The “1944” refers to the year the film of the same name was released. 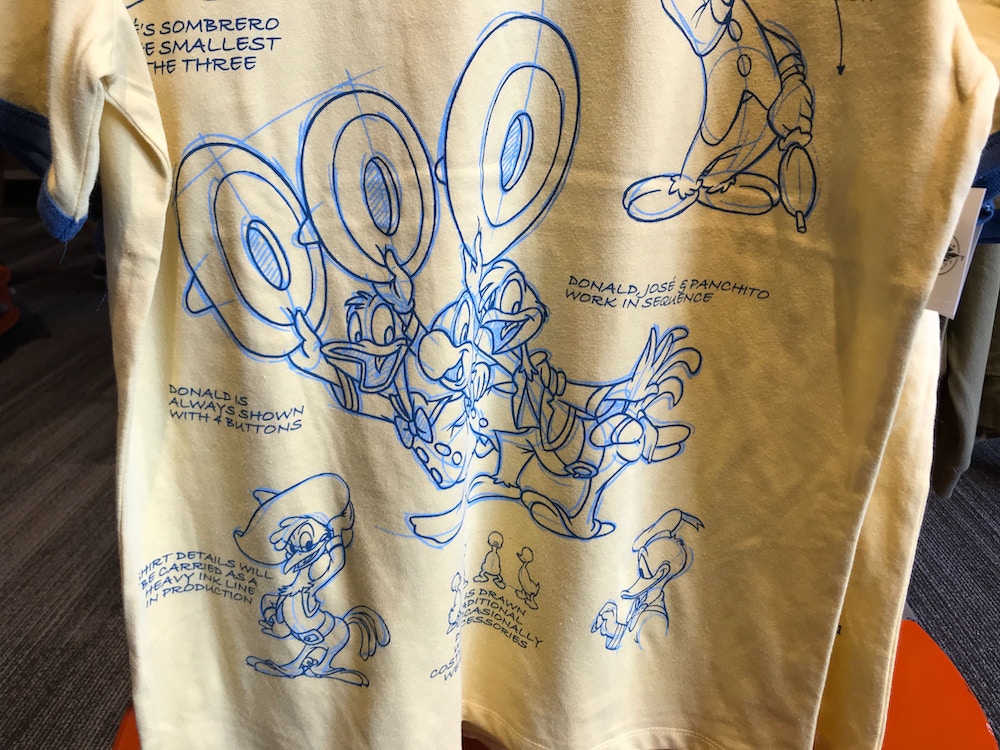 This is a great shirt for animation fans. Offering history and insight on a shirt can be a rare occurrence! 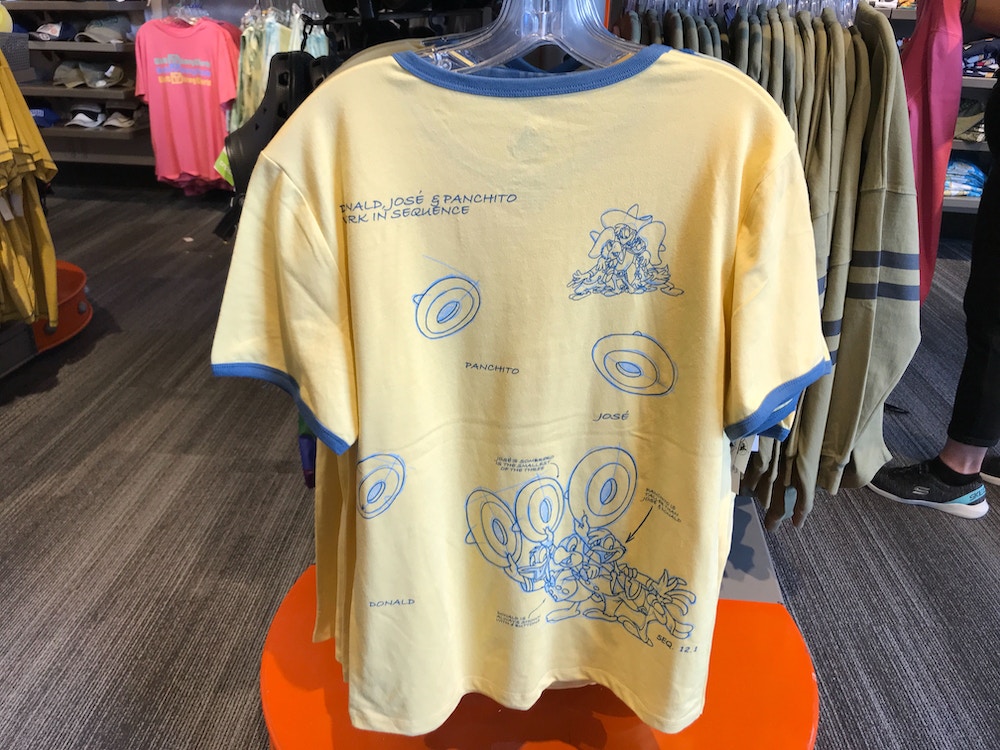 The artwork continues onto the back, though it’s the same poses and facts as on the front, as well as solo pictures of their sombreros. 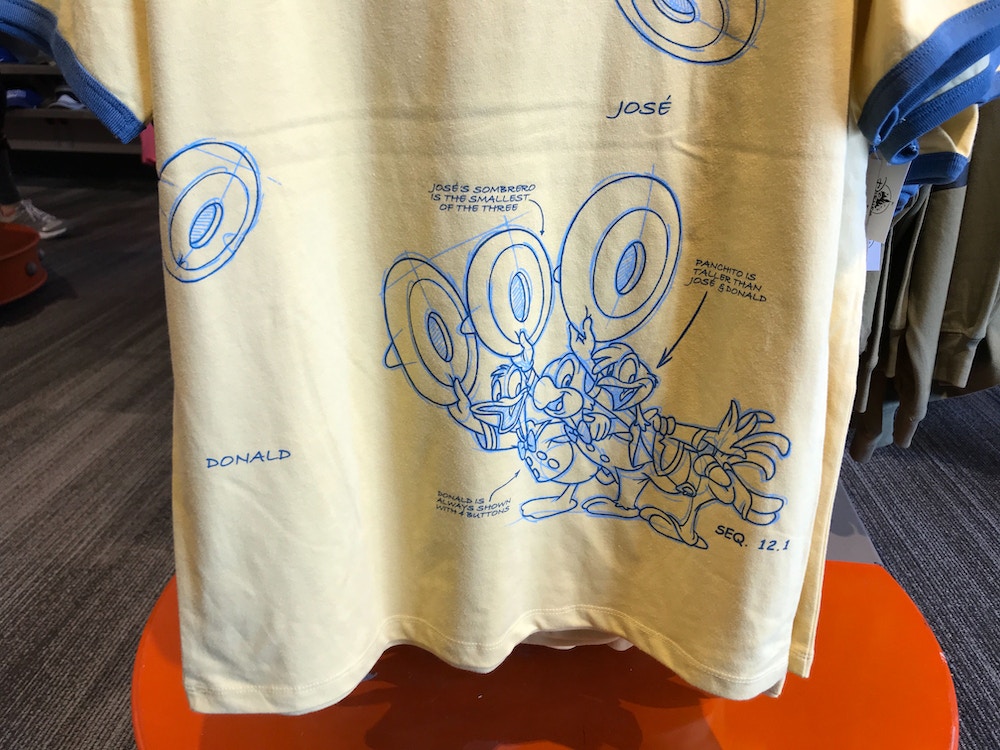 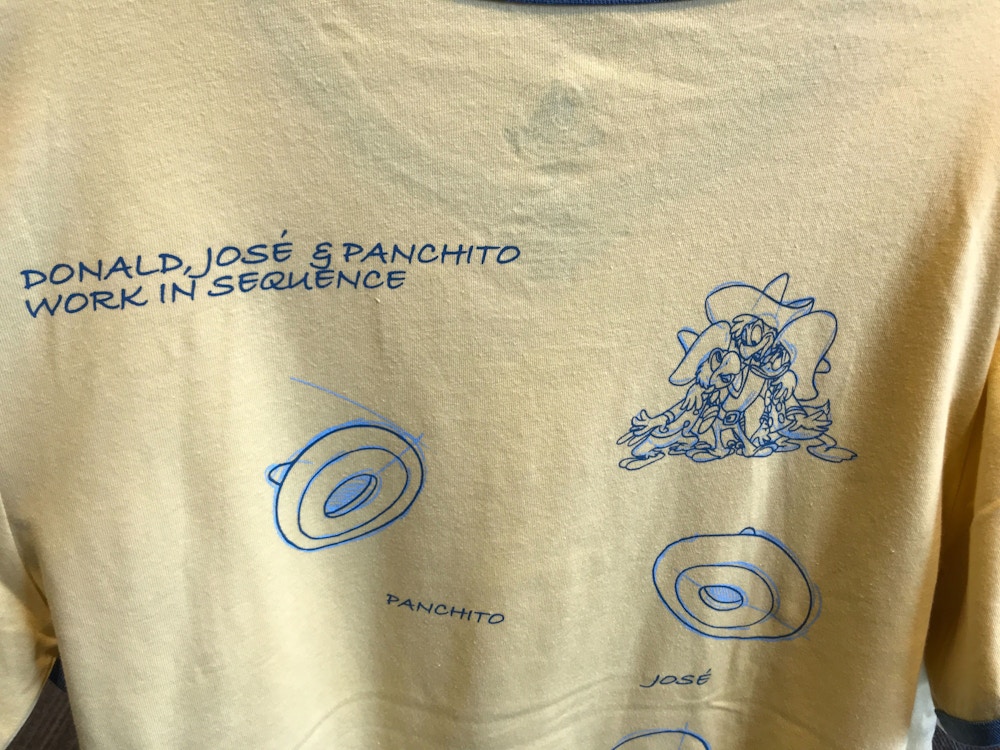 The shirt retails for $36.99. We found it at Mouse Gear, but we expect it will be at other locations around Walt Disney World soon, if it isn’t already.

Keep reading WDWNT for updates on new merchandise all around Walt Disney World!