Tickets are now on sale for the most inclusive and joyous of celebrations: Disneyland Paris Pride 2020! It’s promised to be  “louder, prouder and more colourful than ever before”, and with a special deal currently running we’d recommend you get your bookings made sooner rather than later!

The pricing is the same for both children and adults, at £79.21 per person for the standard ticket option, and £97.01 for the Plus Ticket. The latter option offers entry to both the Disneyland and Walt Disney Studios parks, along with entry to the celebration itself.
Better still, there is is an Early Bird deal being offered for bookings made up until 14th February. When four tickets or more are purchased at once, a 15% discount will be applied, lowering the price of the standard ticket to £67.33 and £82.46 for the Plus option. If you’re planning on travelling as a group, definitely book ahead to secure that discount!
Tickets can be purchased individually on the Disneyland Paris website, and can also be bought as an add-on to package bookings. Of course, you can also book tickets as part of a complete travel package through the founders of the event, Greatdays Holidays. 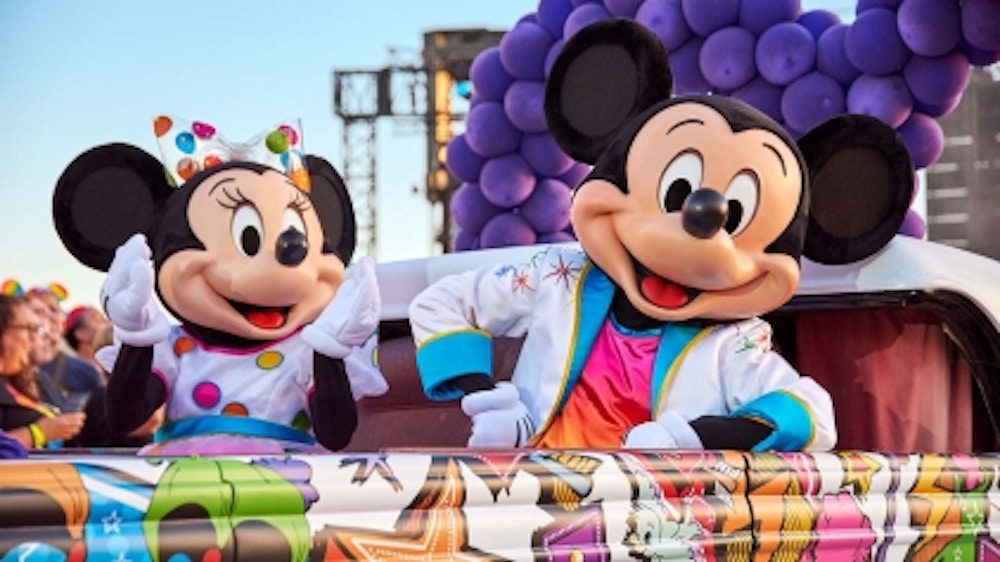 The annual party will run in the Disneyland Paris park for the first time this year, on June 6th from 8pm through 2am. We’ve been promised character meets, a fantastic parade, the chance to ride all the best attractions late into the night, exclusive merchandise and rainbow treats, and themed photo opportunities. We all know that no Disney festival would be complete without a dance party, and since last year’s event was headlined by Years and Years, Boy George and Corine we are hoping to hear of more great acts to come this year too.
We’re particularly interested in the “Disney Magic LipSync-Along 2020” tournament, with prizes on offer for whoever impresses the judges most with their Disney performance at the Videopolis Theater. Registration for this will open soon, so if you’re good at your lip-syncing stay tuned. Sign me up!
Read up on more events happening throughout Disneyland Paris this year here. Will we be seeing you at Magical Pride? Let us know!