If you’re lucky or wealthy enough to have stayed in a Disney Hotel when you visit Tokyo Disney Resort, you probably remember how luxurious they are. But believe it or not, some of these rooms are getting up there in age. So, the Oriental Land Company has announced that starting this February, some rooms at the Tokyo Disneyland Hotel and Disney Ambassador Hotel will undergo renewal! Let’s take a closer look at what’s coming to both of these excellent hotels, including concept art officially released by OLC! 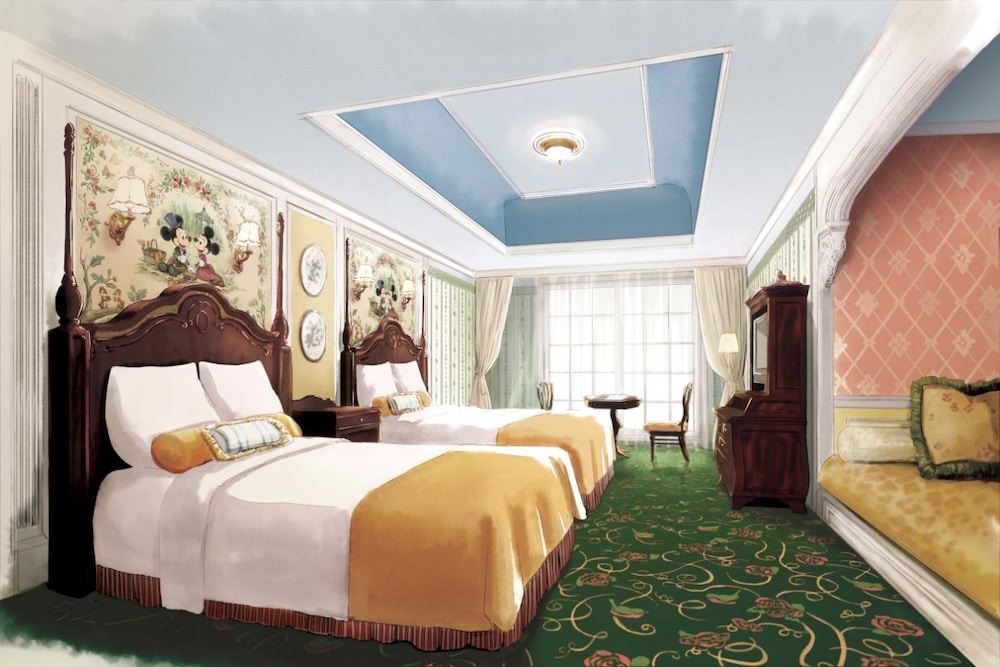 At this incredible Victorian hotel, 19 of the 26 room types will undergo refurbishment this year. Shown above is the concept art for the Superior Alcove Room renewal. This beautifully appointed room features new carpeting and a new design above the beds featuring Mickey and Minnie in their Victorian garb! The carpet highlights roses and birds to make Guests feel like they’re sleeping in a garden. 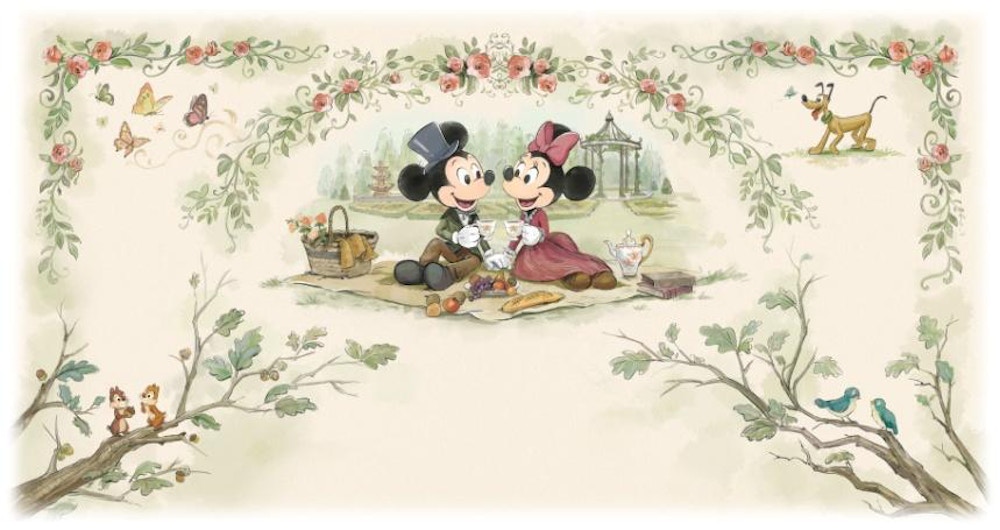 Here’s a closer look at that special wallpaper design above the bed. 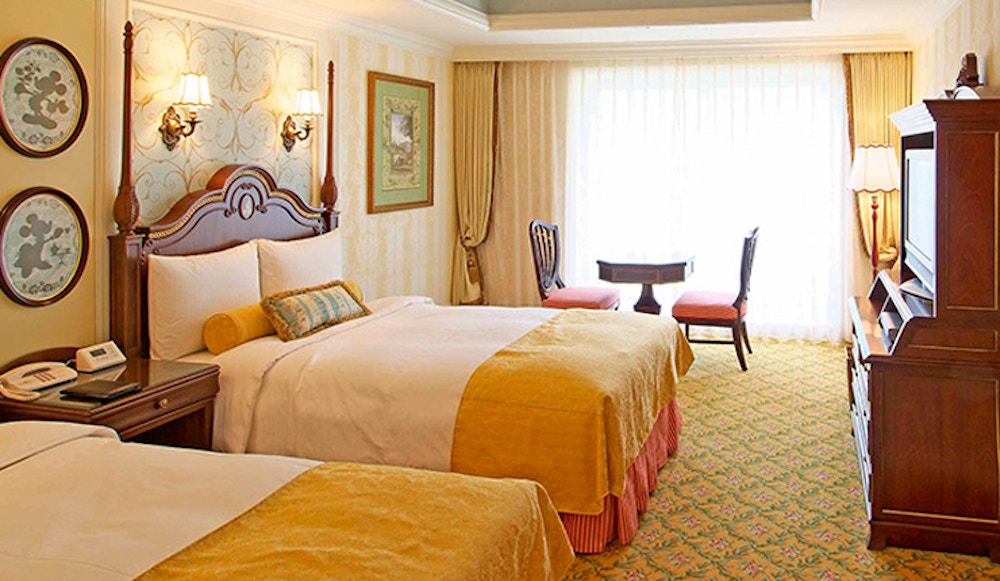 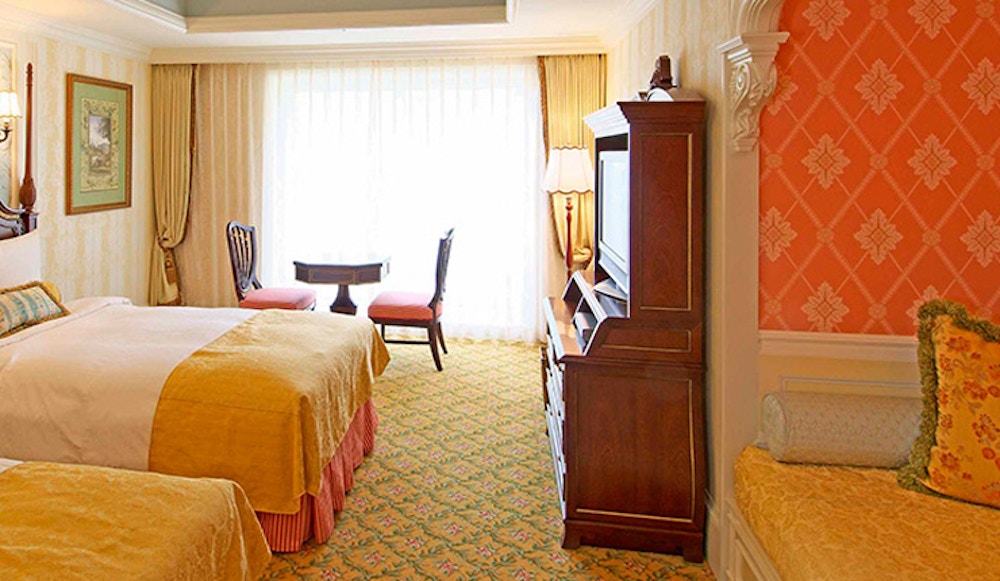 These shots, courtesy of the Oriental Land Company’s website, show the current design of the Superior Alcove rooms. Renovation work is scheduled for completion on September 22, 2020. 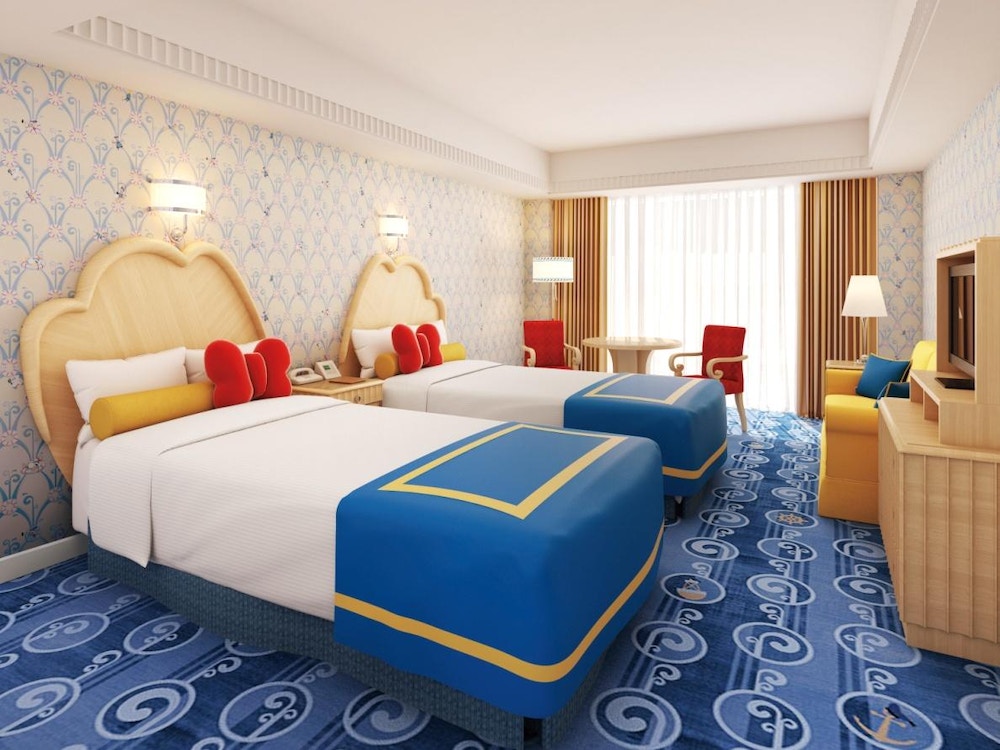 The work over at the Disney Ambassador Hotel will be less substantial. But that doesn’t mean it’s any less important! The Disney Ambassador Hotel features several character-themed rooms, including one for that mischievous duck himself! That’s right, all 42 of Donald Duck’s room is scheduled for refurbishment as well. So what’s on the docket for Donald? Well it looks like the excellent bed spread is staying, but new carpet and wallpaper are on their way. Since many of these rooms face the Palm Garden Pool, Guests will feel closer to Donald both in proximity to water and through the new nautical designs throughout the room. 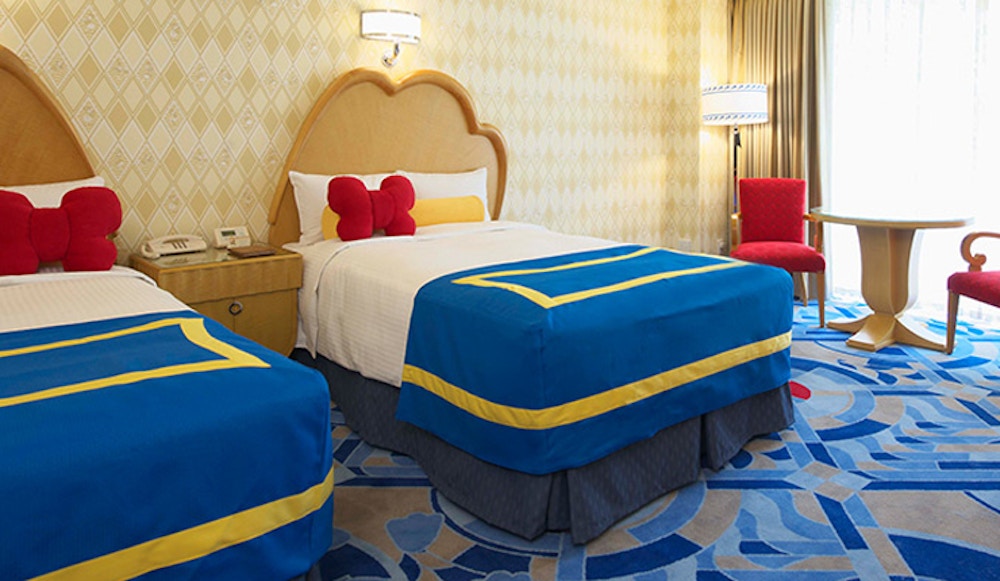 This is the current Donald Duck character room design. Refurbishment work on every Donald Duck room will be complete by March 1st, 2020.

It’s so nice to see updates to these hotel rooms. At the Tokyo Disneyland Hotel, some of these rooms haven’t undergone renewal since the hotel opened in 2008. And the Donald Duck rooms have been at the Ambassador Hotel since 2011. I’m excited about the possibility of staying in one of these myself, and I hope you’re able to as well. Just remember that while staying at a Disney Hotel is part of the experience for some, they’re pretty pricey here in Tokyo. You might need to save a few gold doubloons here and there to get a spot. Maybe when the Toy Story Hotel opens in 2021?