PHOTOS: Si and Am of “Lady and the Tramp” Removed From Disney Cats Trading Pin Set Due To Outdated Cultural Depictions

Guests looking for a Disney Trading Pin booster pack to express their love for all things feline have turned to the Disney Cats set since its debut back in 2015. The set features a number of cats from different animated classics such as Oliver from Oliver & Company, Lucifer from Cinderella, Marie from The Aristocats, the Cheshire Cat from Alice in Wonderland, and Figaro from Pinocchio. 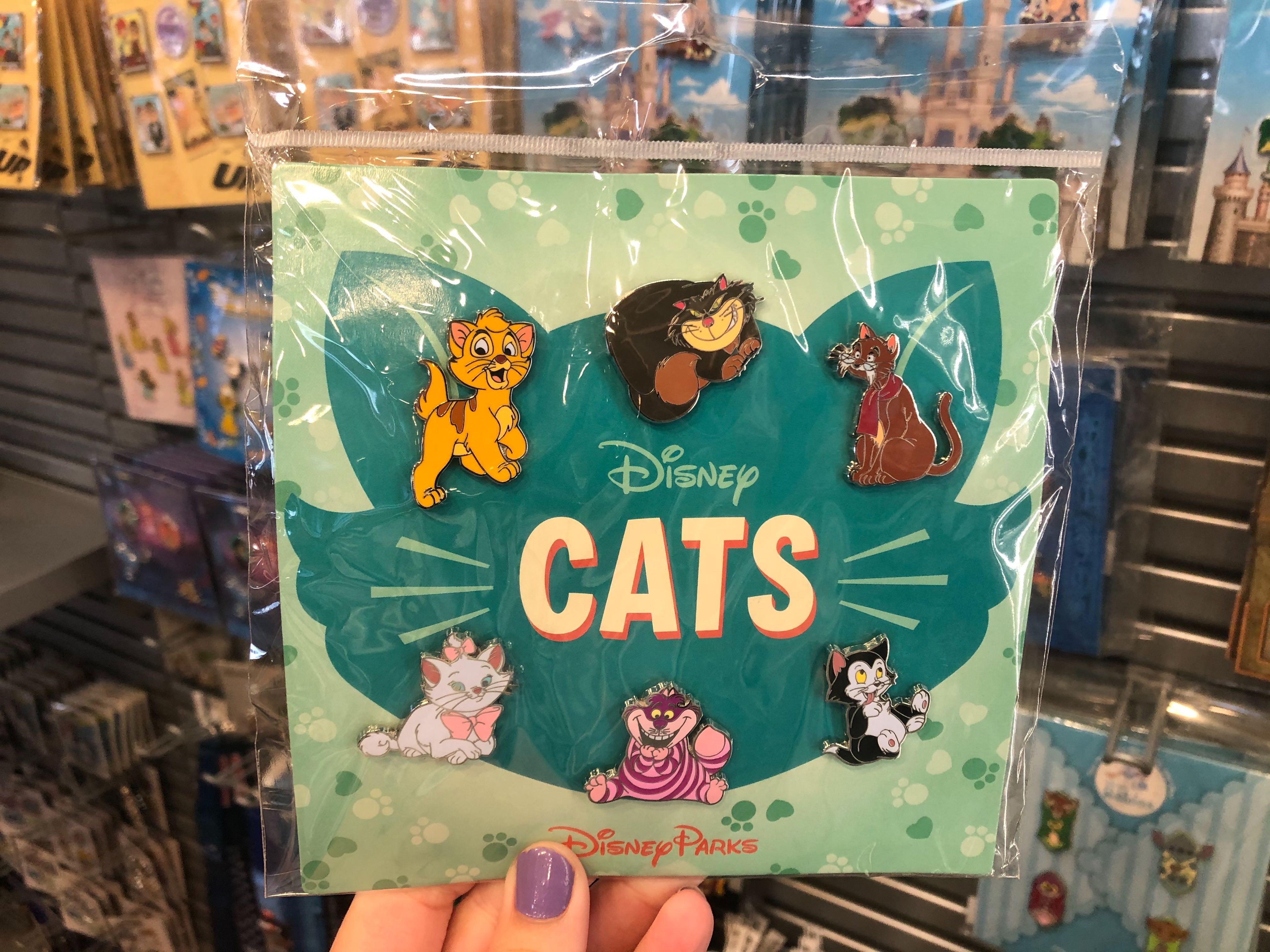 While the set has always included a sixth pin featuring Si and Am from Lady and The Tramp, recent discussions on outdated cultural depictions across Disney media and merchandise has led to the replacement of that pin for one of Rufus from The Rescuers.

Si and Am, two twin Siamese cats named after their heritage of Siam (currently known as Thailand) made their debut during the 1955 Lady and the Tramp film. They’re sinister cats, making a mess of the apartment and pinning it on poor Lady, but the public’s issue with these minor antagonists comes from their depictions of Asian stereotypes, given their exaggerated squinty eyes and bucked teeth. Seen through today’s social lens, these characters were problematic even during early stages of development for the film, as earlier versions of the storyline had the two cats appear as an evil pair, suggesting the “Yellow Peril.” Granted, this storyline was drafted in 1943, when Disney Animation was well-known for its production of WWII propaganda films in support of the war.

You’ll notice that these two cats were most notably absent from the recent remake of Lady and The Tramp for Disney+. The pair were replaced by female counterparts Devon and Rex, named after a popular breed of cat that emerged in England during the late 1950s. 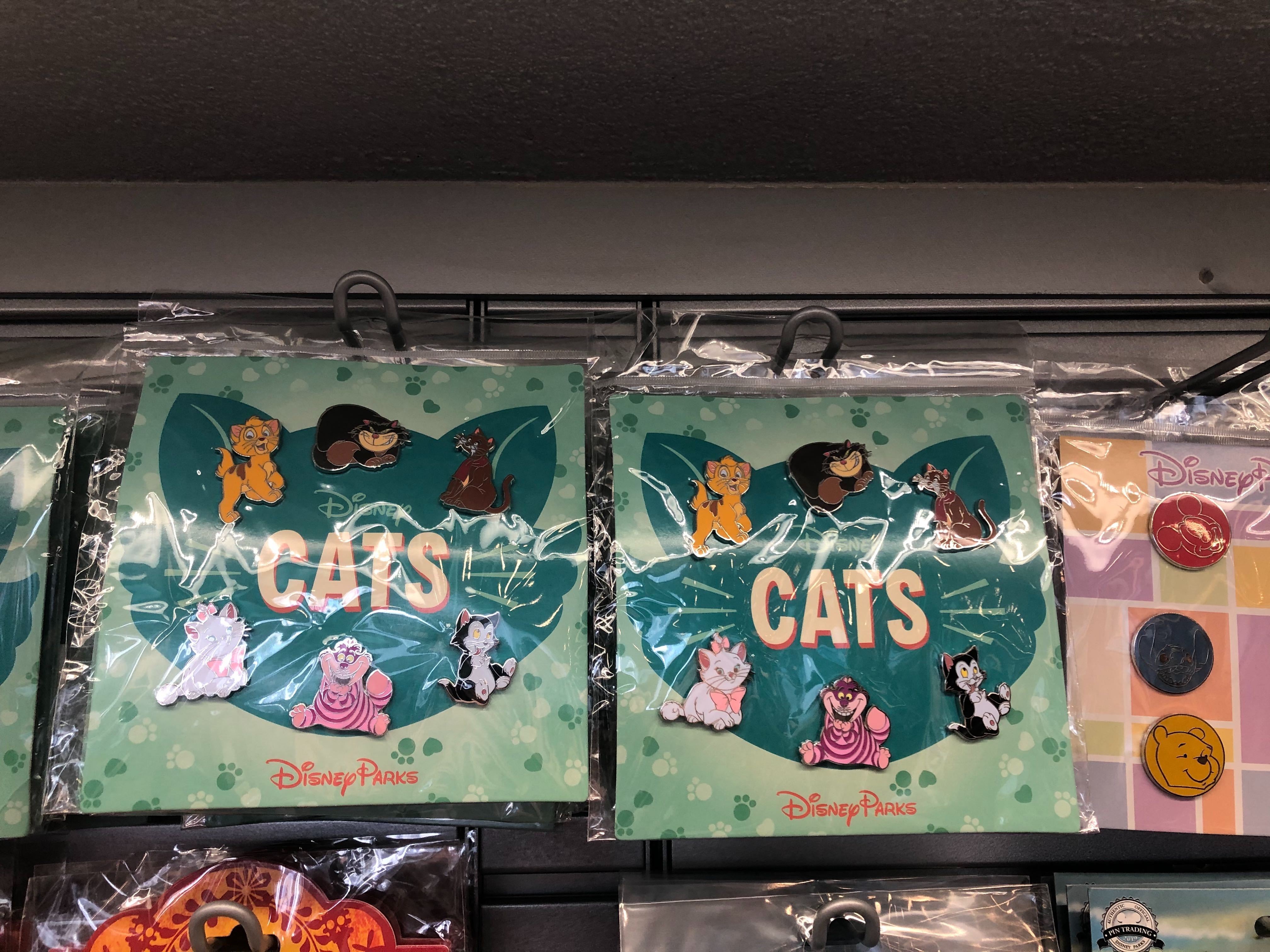 The removal of Si and Am from the Disney Cats pin set is a conscientious one, but it sparks an important question of whether they’re just going to retcon them out of all Disney merchandise and media completely. The Aristocats, another relic of 1970’s animation, is rife with cultural stereotypes, not to mention its blatant disregard for class struggles in France during the early 1900s. As Disney moves forward, it will have to consider adding even more content warnings to aging items from its media library, as well as modifying pin sets and merchandise like the Disney Cats set, to better appeal to today’s audiences. Me, as a die-hard The Rescuers fan, I’m glad to see Rufus get some love. He’s a rare character that never seems to get much attention, and I’m all for promoting the adoption of elderly cats (especially if they wear spectacles and a tiny red scarf.) However, it seems rather hasty to just pull all of the Si and Am pins as somewhat of a reactionary decision by Disney, instead of retroactively addressing cultural change. 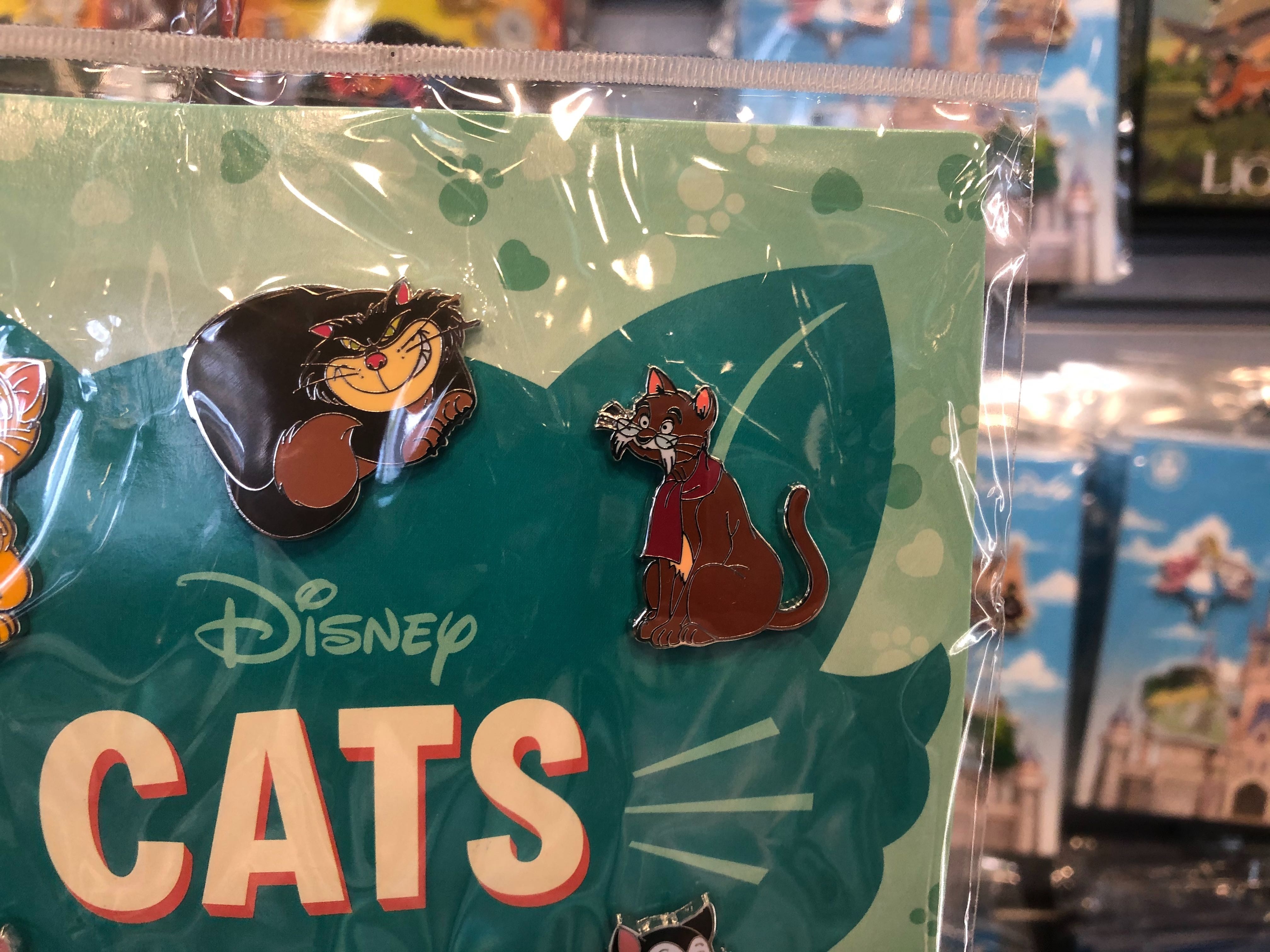 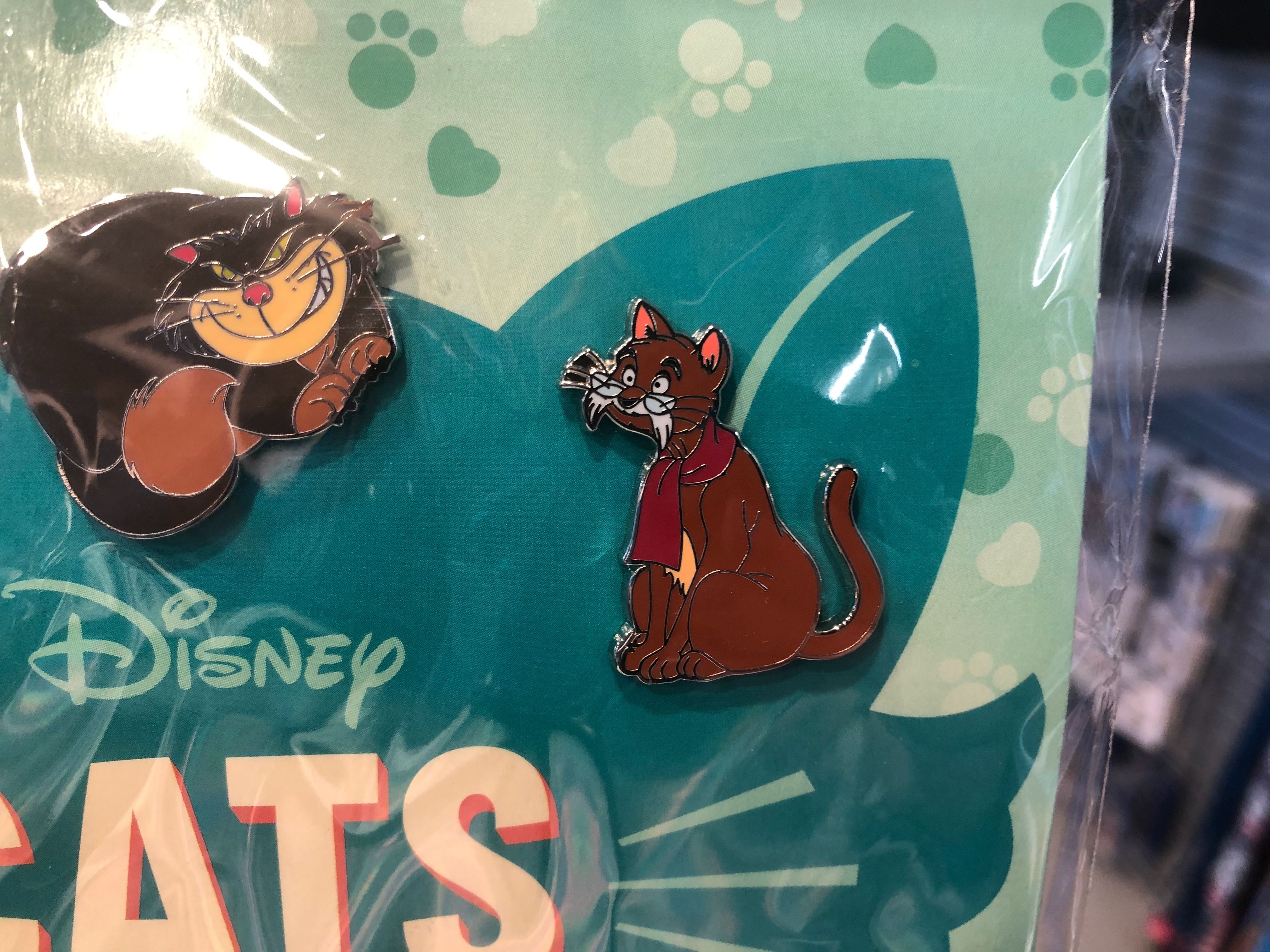 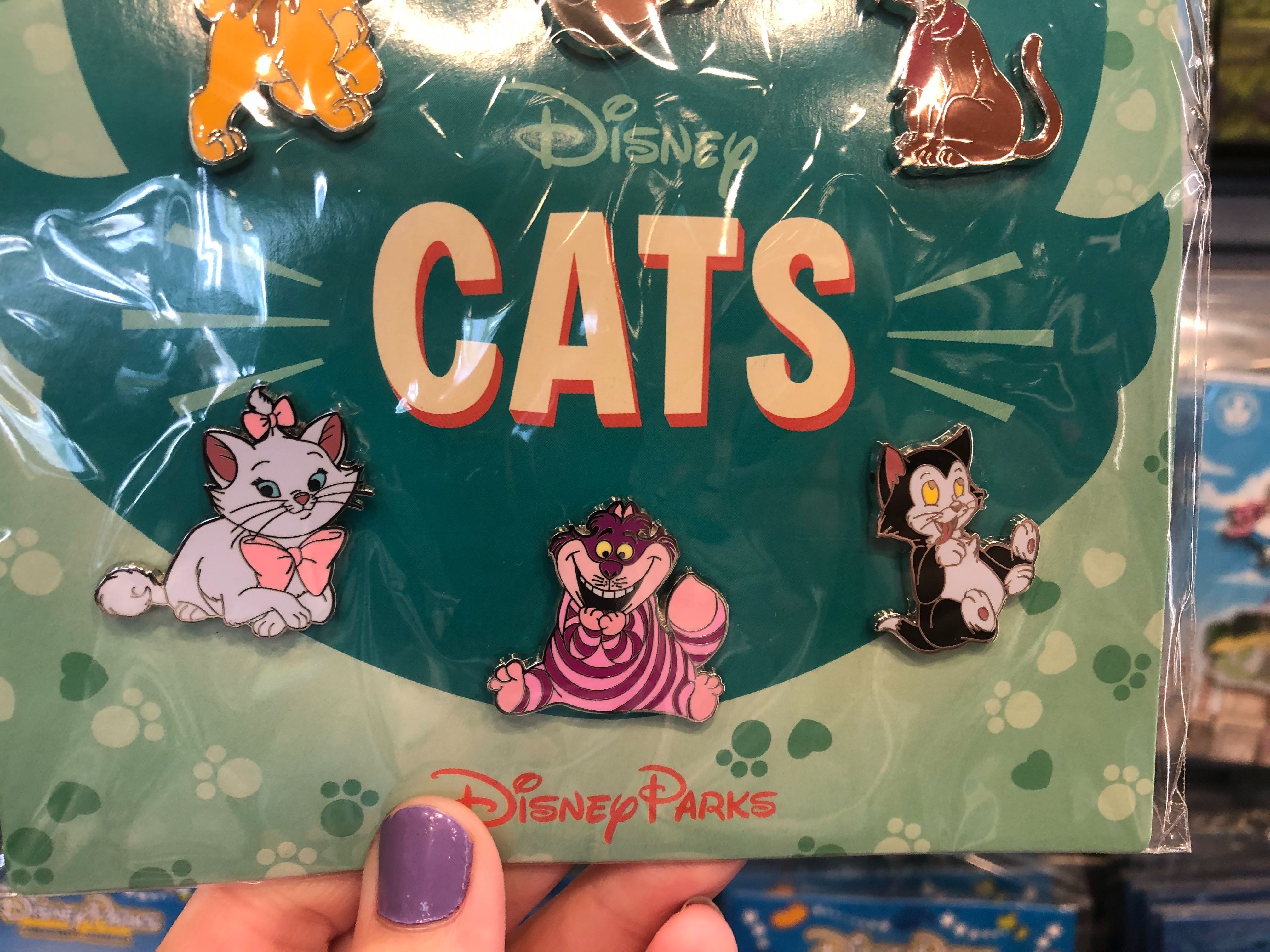 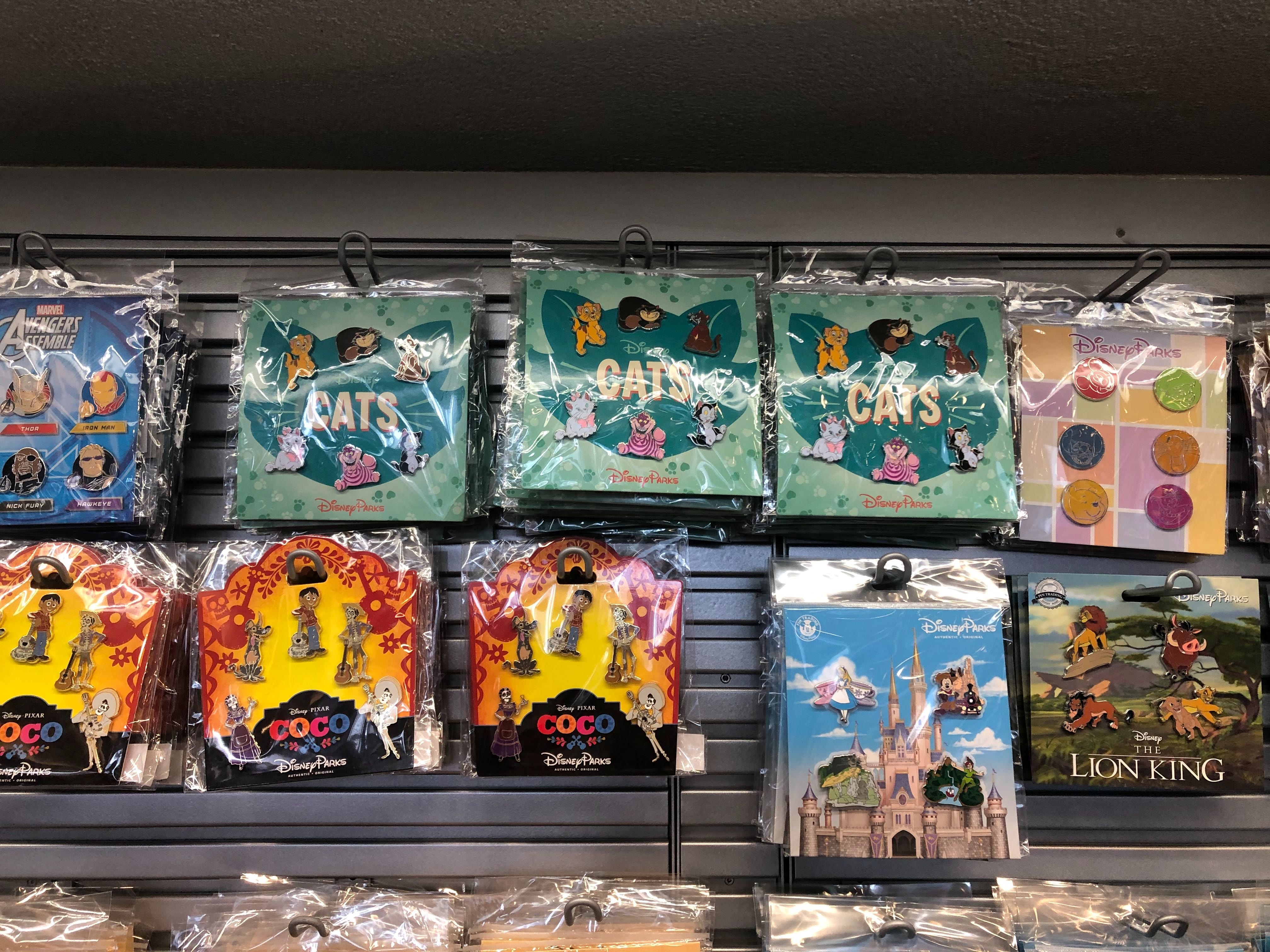 If you’re a fan of Rufus and need more Disney Cats pins in your life, you can get this set at Pin Traders in EPCOT (or wherever pin sets are sold) for $32.99. If you’re a Si and Am fan, do you think they should’ve been left as part of the set?

For what it’s worth, the latest Dooney & Bourke Disney Cats pattern did feature Si and Am, but as they appeared in the animated sequels (and my personal favorite, the direct-to-video Mickey’s House of Villains) without overly squinty eyes, and with normally spaced fangs.