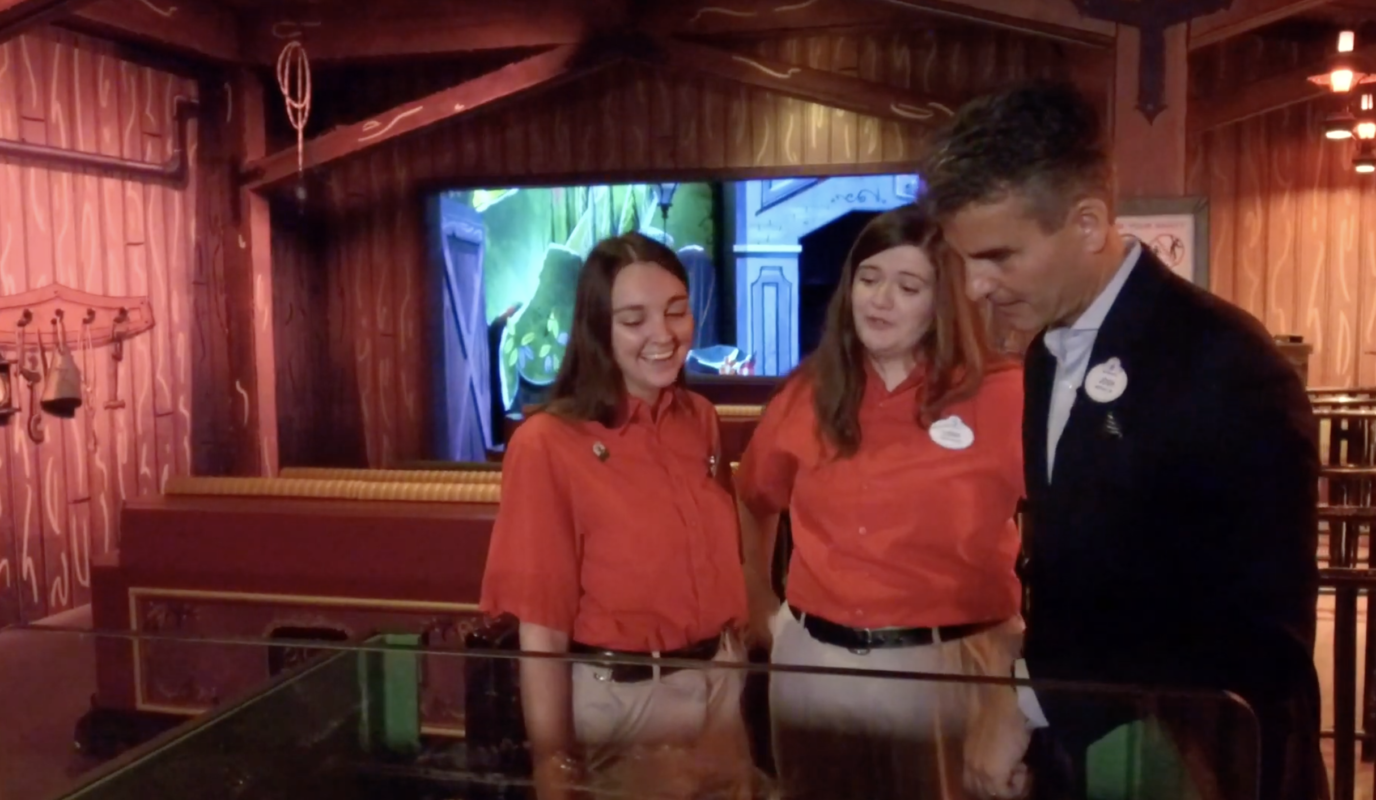 Opening on March 4, Mickey & Minnie’s Runaway Railway invites guests to zip away on a zany adventure through a cartoon universe crammed with surprises. But before the train can leave the station, cast members need to learn how to operate in a world where mouse rules apply. Disney recently celebrated a TRAIN–ing milestone with trainers beginning to onboard the opening team cast members for this new attraction.

Check out the video below to see who joined the railroad crew for the day and a new look inside Mickey & Minnie’s Runaway Railway: 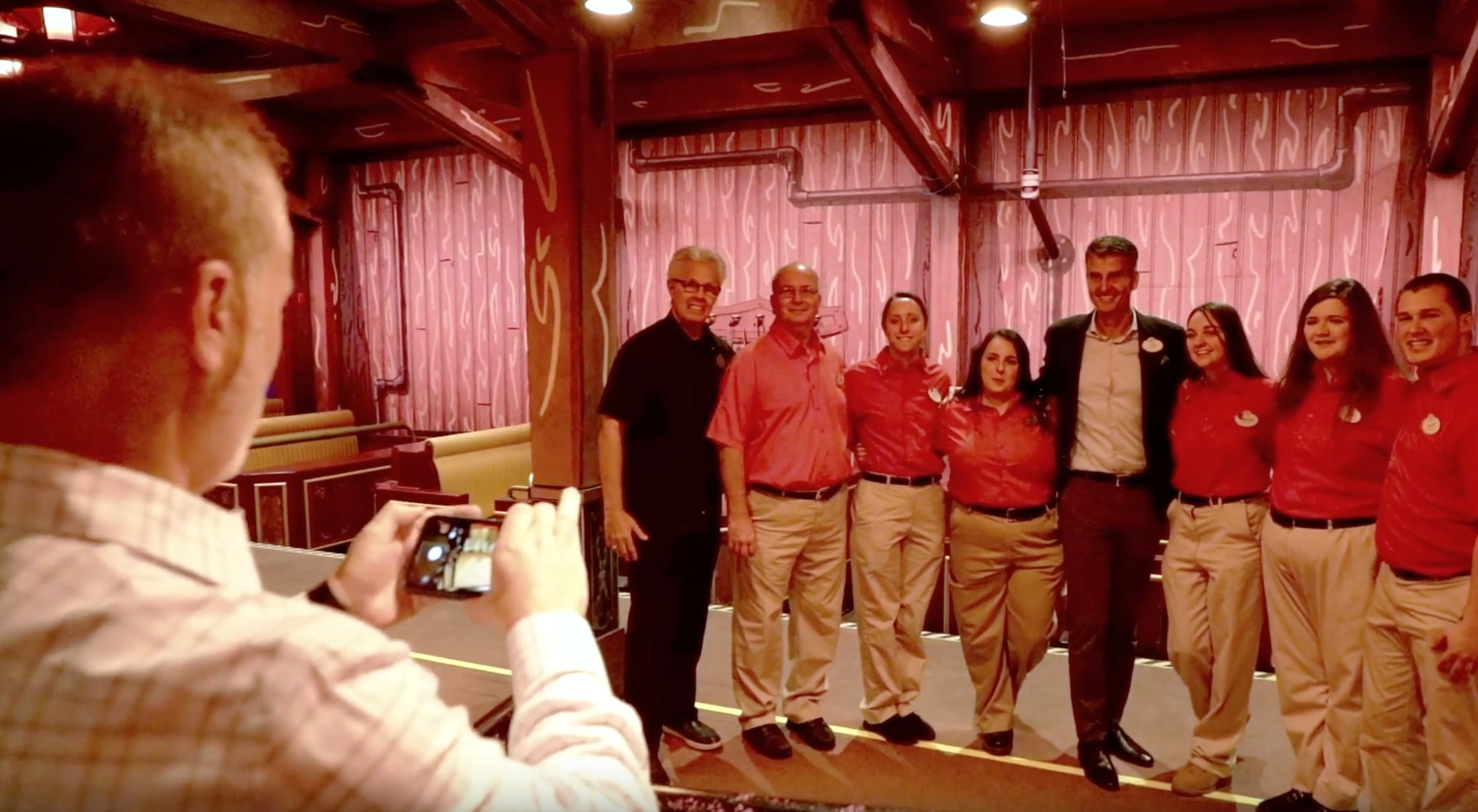 Above we see the loading area, which is a train barn. You can see the train ride vehicles behind the cast members. 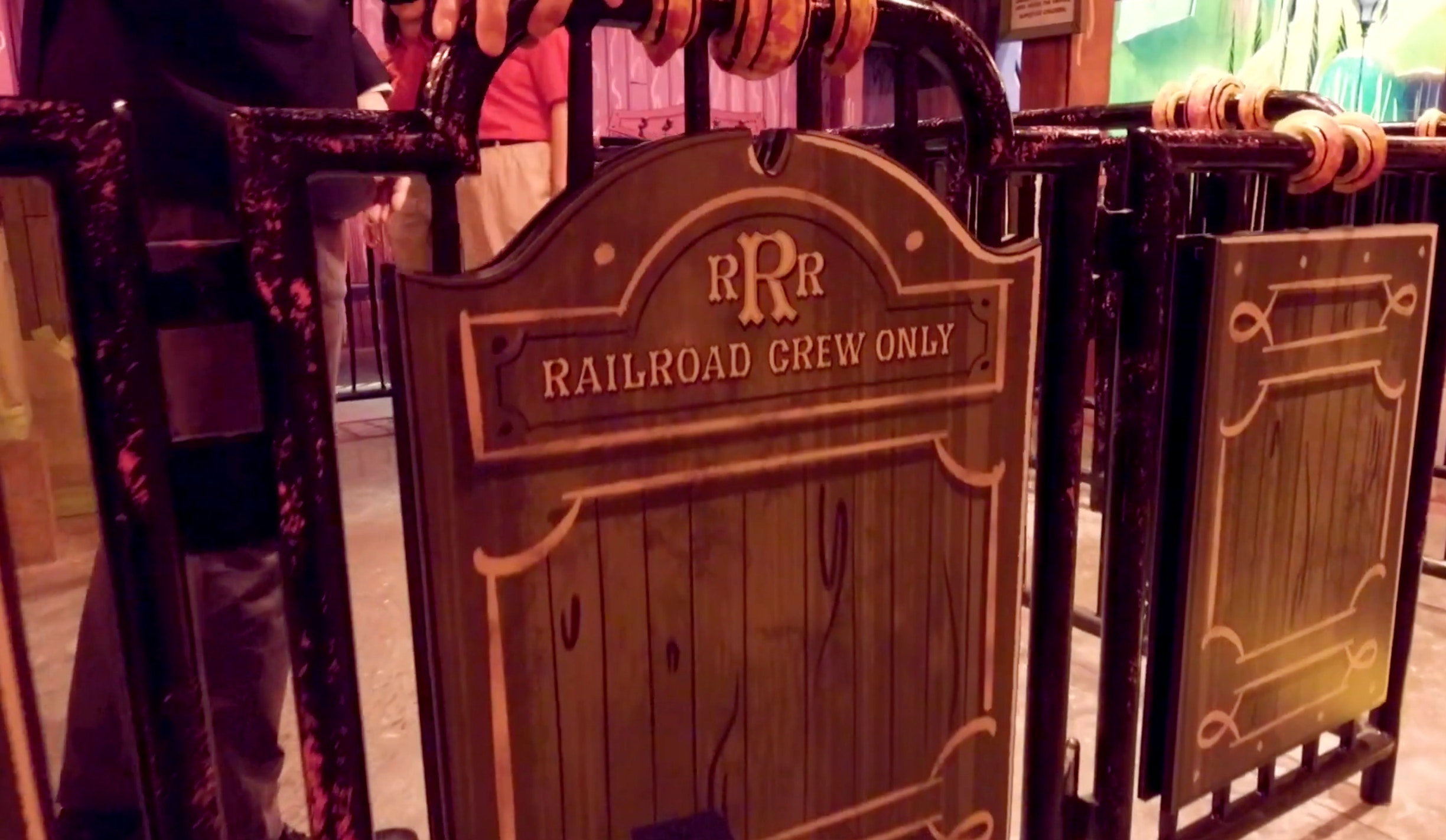 A cast only gate at the load platform shows off the cartoon-styling inside. The railings are splattered to make them look like they are right out of the newer Mickey Mouse shorts. 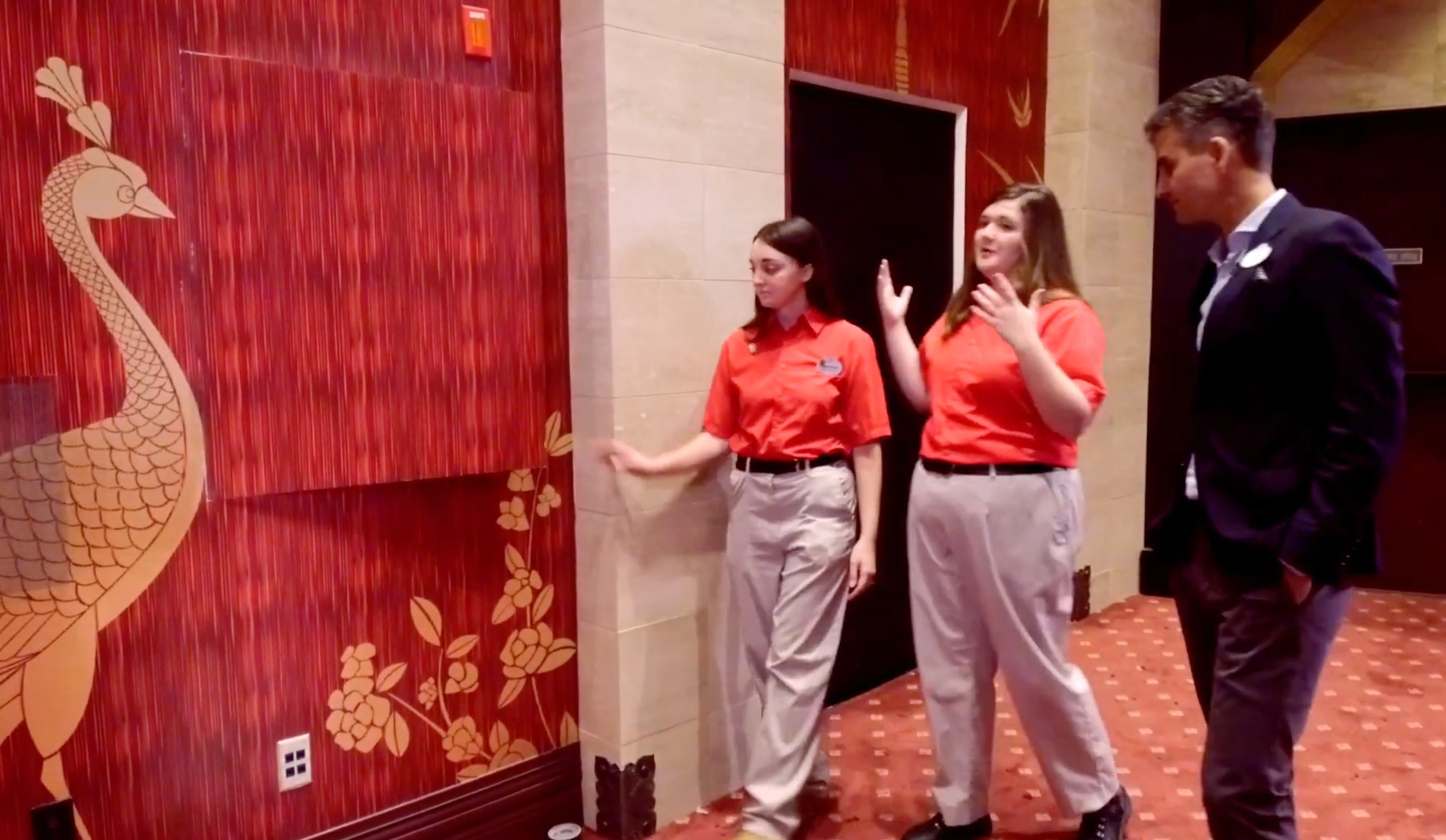 The elegant theater that was the pre-show for the Great Movie Ride is now split into two smaller theaters. The new theaters try to emulate the style, but they come across a little flat and less ornate in the video. 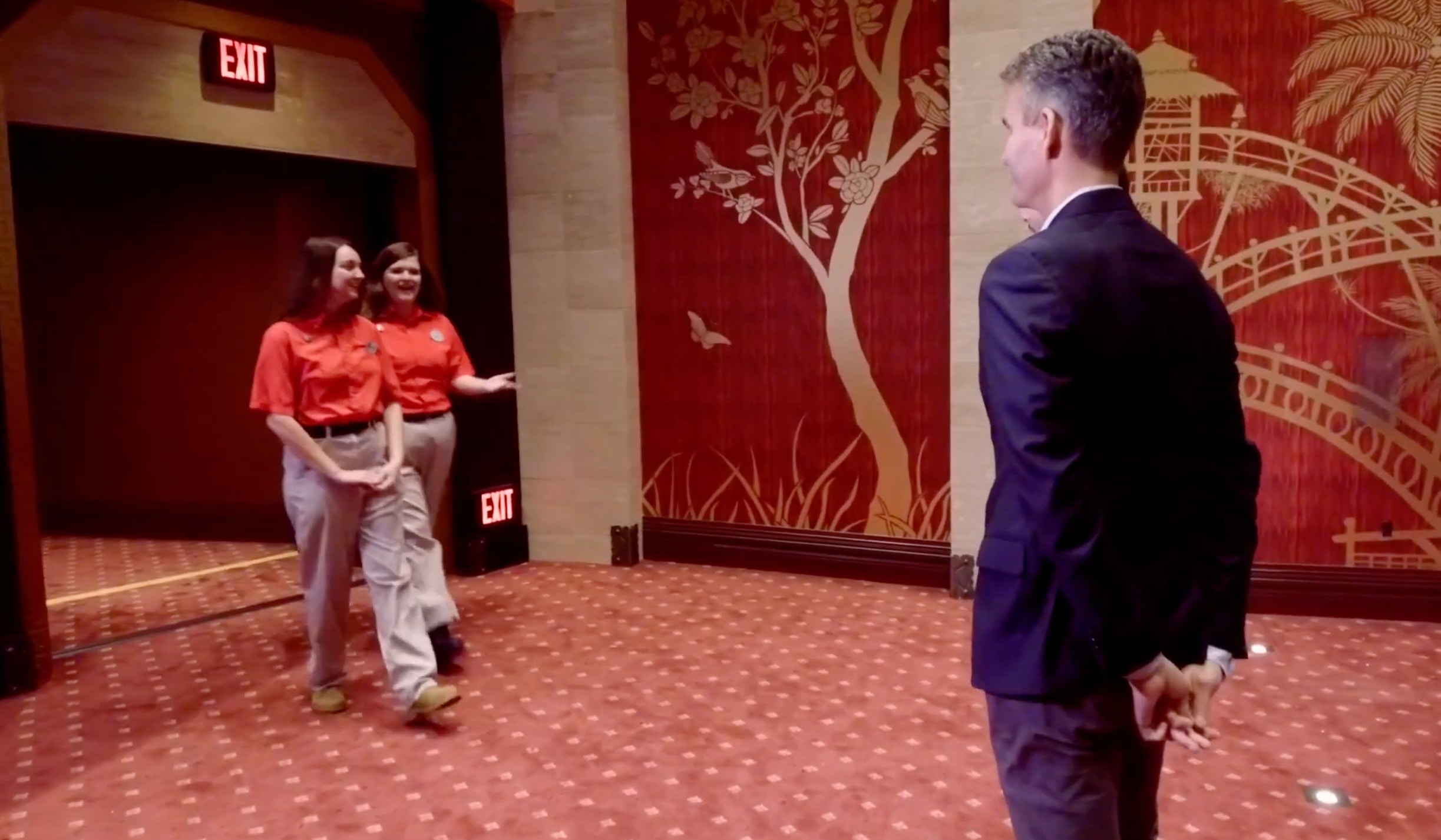 The art style is on the right track, but it looks like these walls are just giant decals. 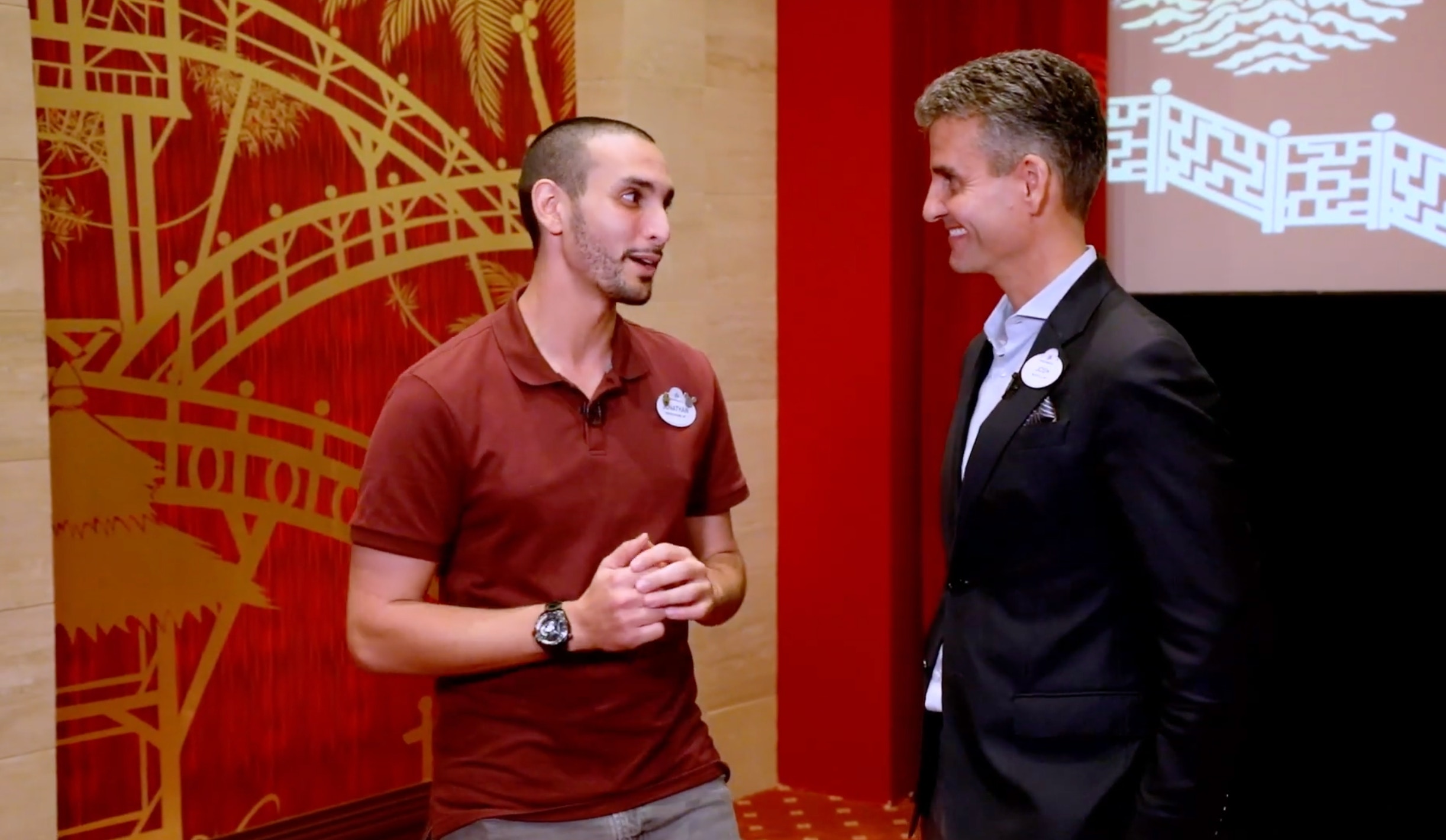 On the right, we can see the movie screen that will eventually expand and allow guests to step through into the cartoon world. 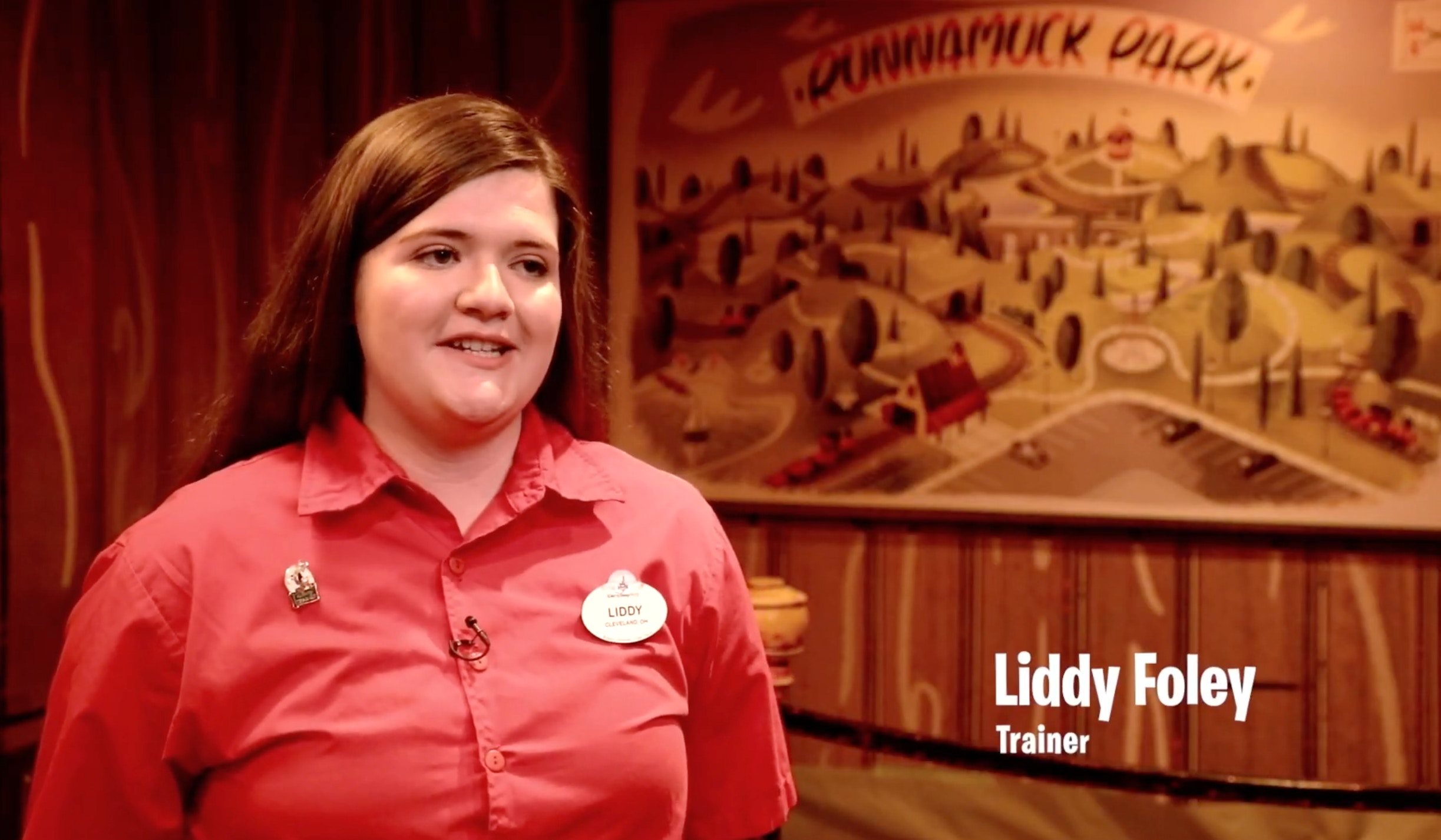 Guests will find a map of Runnamuck Park in the load area of the ride.