The Artist’s Palette in Disney’s Saratoga Springs Resort has been known to outshine other well-known bakeries with innovative new takes on desserts, so today we decided to taste-test two new bakery items: the S’mores Brownie and the Bullseye Peanut Butter Cupcake. While it may be tempting to order dessert at whatever table-service restaurant you might be dining at, it’s often worth checking out resort bakery cases for fresh treats made in-house. 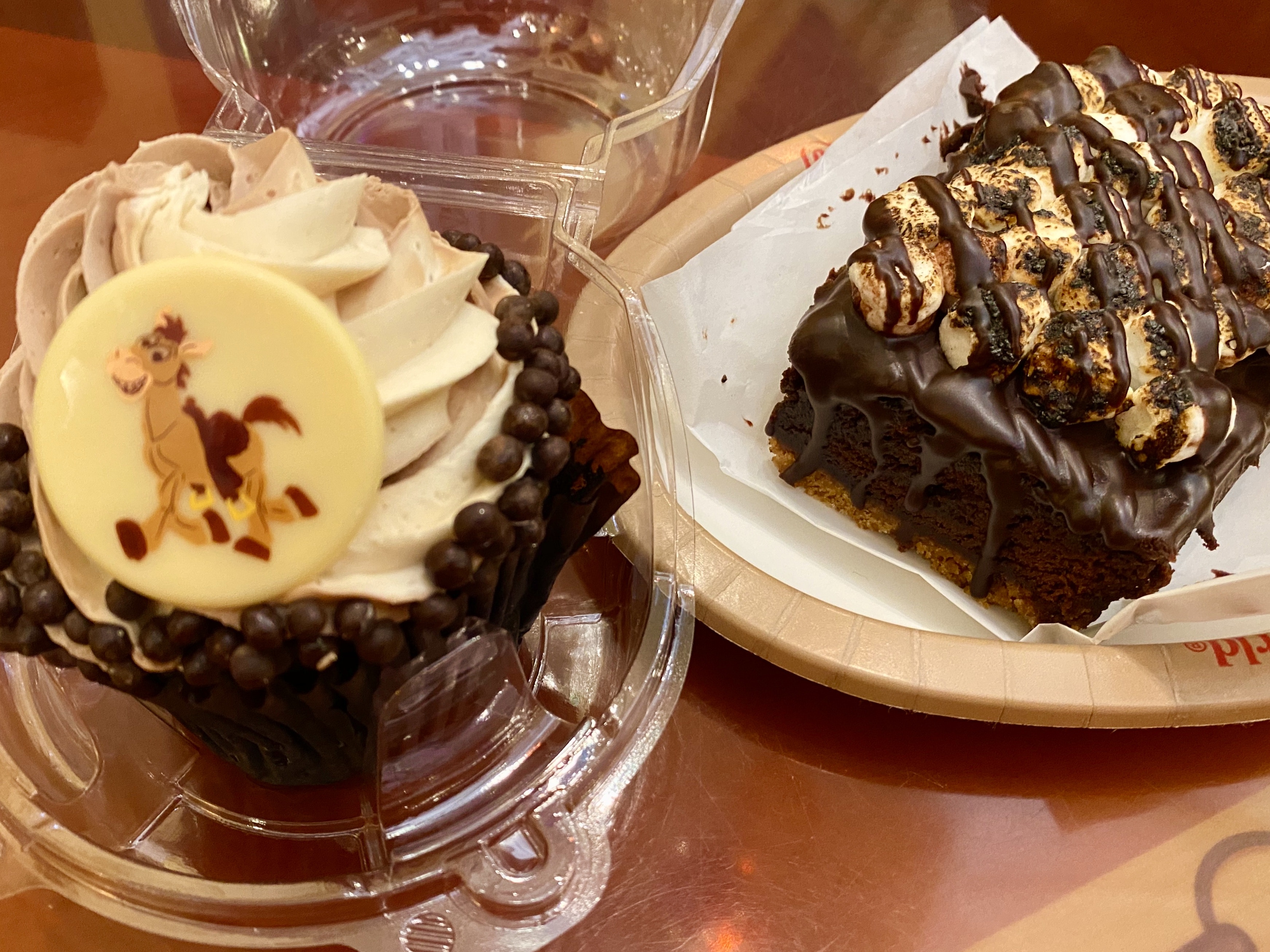 This massive brownie comes on a layer of graham crackers, plus a moist, thick layer of brownie topped with chocolate and slightly burnt mini marshmallows. 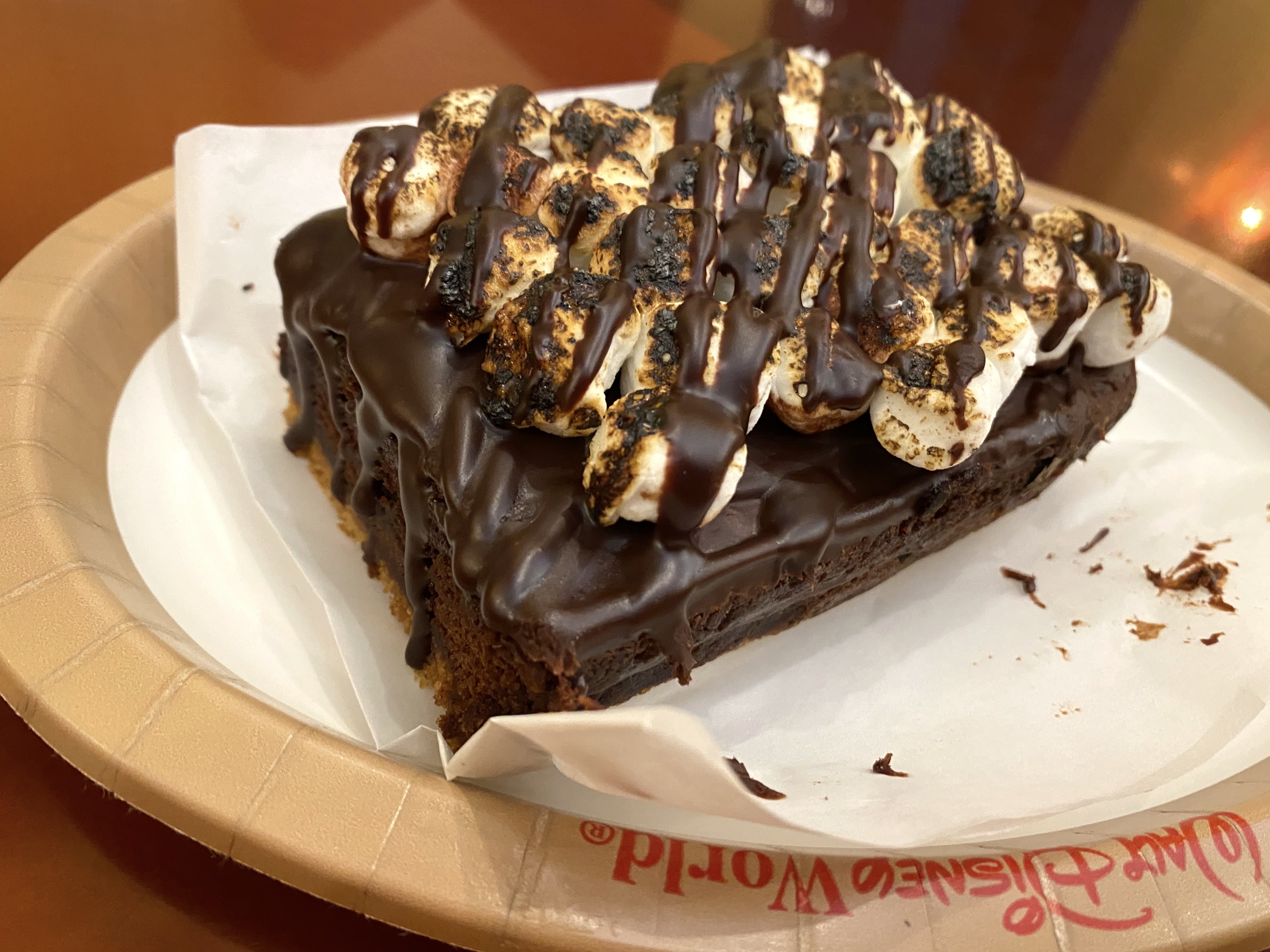 It sure looks like a knockout, but the brownie is surprisingly… a disappointment. 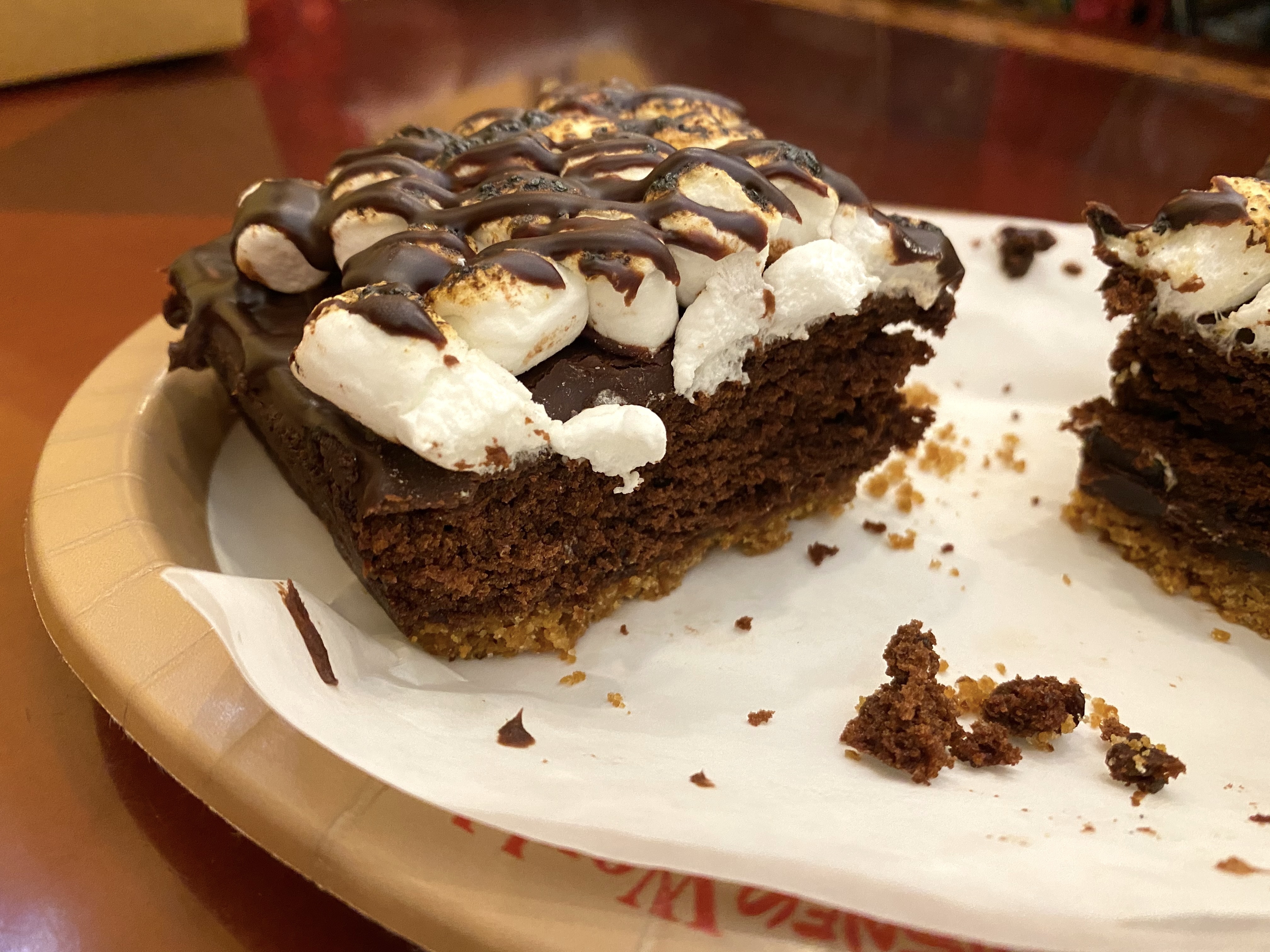 The graham cracker crust offers a great combination with the brownie on the backend, but the sweet fudge on top overpowers the marshmallow and much of the rest of the dessert. If I was a kid, I’d love this, but i’s disappointing for how good it looks. The peanut butter cupcake is one of the better entries in the style of cupcake from Disney counter service that has been done to death. The chocolate peanut butter buttercream is a nice topping, with less pronounced peanut butter flavor than the filling. The combination is nice, with the sweet topping counteracting the peanut butter. The chocolate cake is moist and fudgey, and not too sweet. If it wasn’t stored cold, I assume this cupcake would be far better, although I know some people prefer their pastries on the cold side. If you’re going to go out of your way for a Peanut Butter dessert at Walt Disney World, though, just go to The Mara or Contempo Cafe.