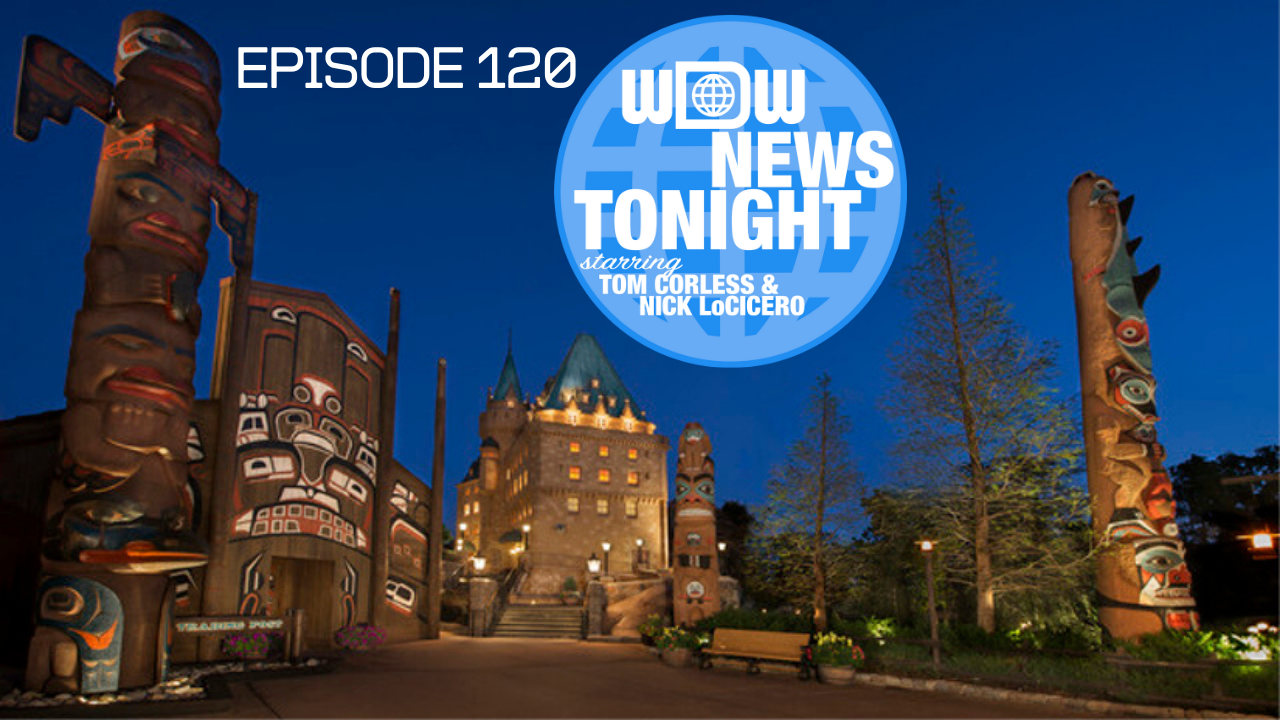 If you happened to miss this week’s episode of WDW News Tonight, we’ve got you covered! Below is a full recap of all the fun and madness you missed, along with the full episode to watch:

Each week, we bring you a live audio and video program, combining the latest headlines, comedy, trending topics, call-in games and in-depth discussions to bring you a one-of-a-kind, two-hour program covering Disney Parks. You can catch the next new, LIVE episode of WDW News Tonight Thursday, January 30 from 9–11 p.m. Eastern.

Watch the show live from wherever you are at WDWNTunes.com on your computer or mobile device, or on Twitter, YouTube or Facebook. You can also be a part of our studio audience on International Drive in Orlando by purchasing tickets at WDWNewsTonight.com (the full $2 goes to Give Kids the World). We hope to see you there!

Bees seem to be showing up and causing problems in a lot of places around Orlando recently, including two separate Joffery’s Coffee stands, Hagrid’s Magical Creatures Motorbike Adventure and now even the WDWNT studio!

We Review the New EPCOT Films

For those who may not know, EPCOT recently unveiled three new shows: “Awesome Planet” in The Land pavilion, “Beauty and the Beast Sing-Along” in the France pavilion and “Canada Far and Wide” in the Canada pavilion. Listen to what we thought of these new shows in our segment below.

A couple of weeks ago, we had a special guest on WDW News Tonight: Maria from Chatter Me Disney. You all loved her so much that we brought her back! Hear her thoughts on the EPCOT International Festival of the Arts and the three new films that debuted recently at the park.

We want your thoughts on the show! What works? What doesn’t? What do you want more of? Have your say and let us know by filling out our audience survey.

That’s all for this week, but stay tuned for the next WDW News… TONIGHT!

Previous
Deep in the Plus – Aladdin: The Return of Jafar