BREAKING: Cinderella Castle at the Magic Kingdom Getting Permanent Golden Makeover To Be Completed This Summer

The classic Magic Kingdom park icon, Cinderella Castle, is getting a makeover inspired by the animated classic, Cinderella, just in time for the film’s 70th anniversary. 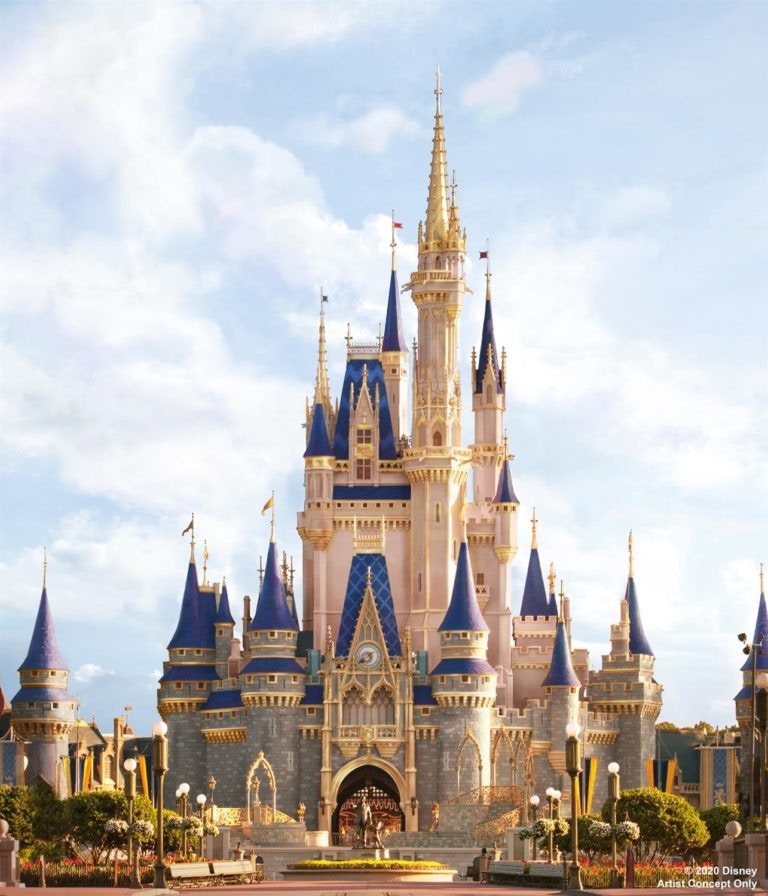 Disney has shared the image of the prospective new look for the castle, which will feature golden touches and more royal blue turrets, while still keeping with the regal simplicity of the Walt Disney World icon since it opened in 1971.

Work is expected to begin in the next few weeks and will continue through the summer season.

Castle stage shows and nighttime fireworks like “Mickey’s Royal Friendship Faire” and “Happily Ever After” are set to continue as normal.

Next
PHOTOS: New Limited Edition Guardians of the Galaxy: Cosmic Rewind and Space 220 Restaurant Serigraph Posters Now On Sale at EPCOT Festival of the Arts 2020