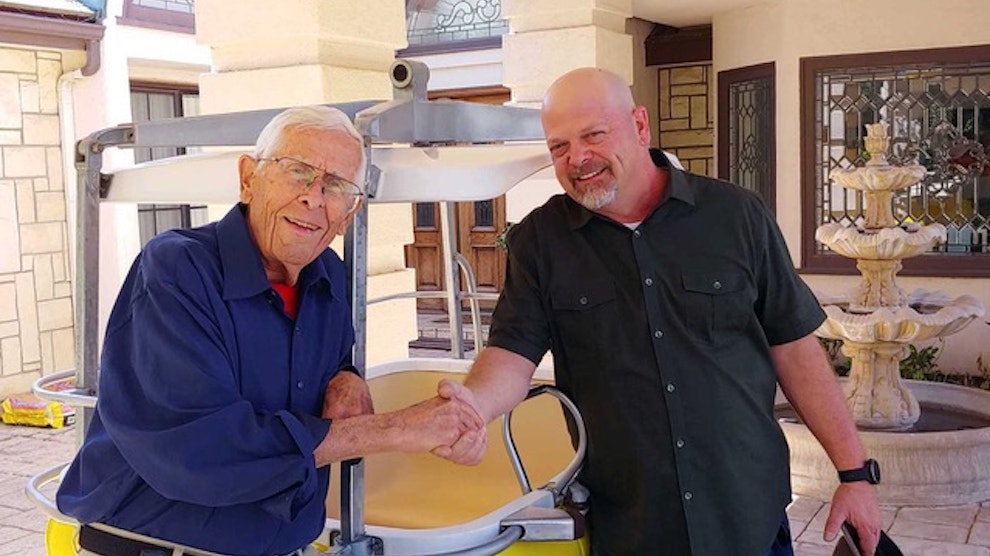 Disney Imagineering Legend Bob Gurr is staying busy in retirement, I mean actually, he puts me to shame. According to a post on Bob’s Facebook page, he will be linking up with Pawn Stars‘ Rick Harrison to possibly sell or provide information on one of the original Skyway buckets.

The 88-year-old former Imagineer was awarded Disney Legend status in 2004 after a near 40-year-run with Walt Disney Imagineering. He is the living embodiment of his favorite moniker, “While alive, live!” Bob is credited with designing many, if not all, of the ride vehicles for Disneyland. Some of the notable credits include the Autopia car, Haunted Mansion Doombuggy, Disneyland Monorail, Matterhorn Bobsled, and the submarines for the Submarine Voyage attraction.

Bob is a great follow on Facebook, as he posts where he is going to be at on his “Waltland Tour” throughout the year. Still very active in the Disney fan community, Bob is one of the last living connections to Walt Disney.

We don’t have any details on what Bob will be doing for or with Rick on the upcoming Pawn Stars episode, but we are excited nevertheless. Do you think that Bob is selling a Skyway bucket, or do you think he is helping Rick appraise?

We can see by the marker, that this was filmed February 25th with Bob posing in front of the original Skyway bucket.

I had the opportunity to meet Bob Gurr at last year’s D23 Expo. It was probably the highlight of my Disney fan career. It’s such a rare opportunity to talk with him and understand how much he has seen and done for Disney. There aren’t many Imagineers left that had a connection to Walt. We just saw fellow Imagineer Rolly Crump celebrate his 90th birthday yesterday. I would encourage you, if you ever have the opportunity, to attend one of Bob’s events or see him at a Disney fan event, take the opportunity to say hello. I know I will cherish it for the rest of my life!

Simply, very cool! This will be a must show to watch. What does everyone think the bucket will be worth? I’ll start at $60,000.

Love this, will be watching