Starbucks is reportedly getting ready to launch a new addition to their “Been There” series, which features the local communities surrounding individual Starbucks locations, as well as popular tourist locations like the various Disney Parks.

With an entire land now devoted to Star Wars at Disneyland Resort and Walt Disney World, Starbucks seems to have spotted an opportunity to spotlight the planets of the Star Wars universe on their mugs. 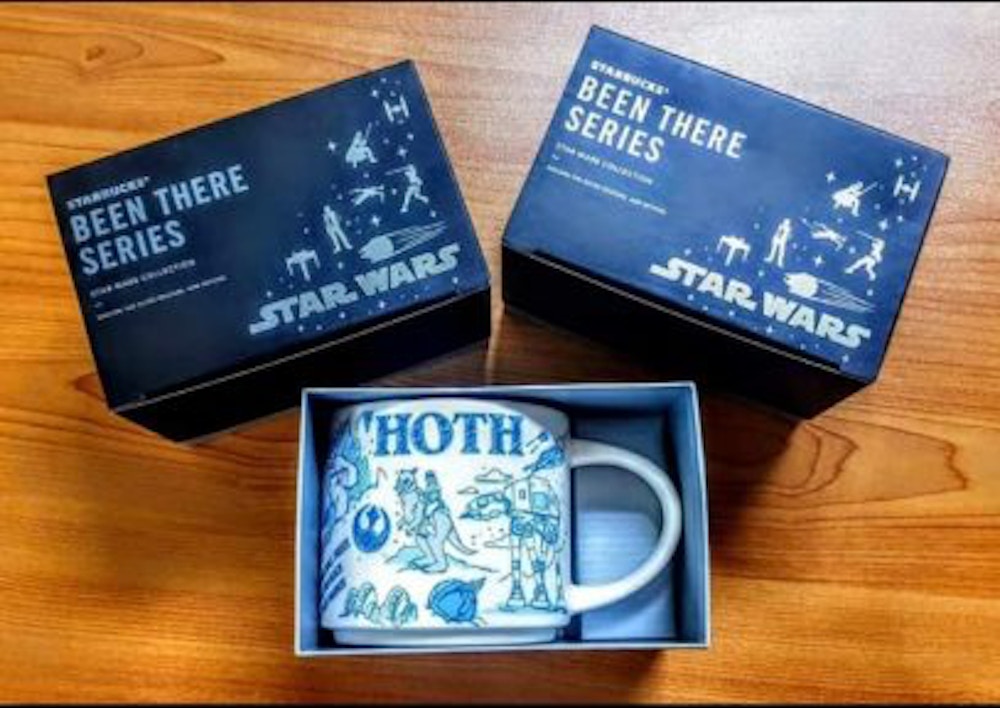 In this photo, we see a new mug featuring the freezing planet Hoth. It is housed in a nice navy blue box showing Star Wars icons. Reportedly, this mug, and potentially more themed to the lands of Naboo, Jakku, and beyond, will be released at Disney Parks in May… a possible May the Fourth release, I see.

WDW News Today will be on the lookout for a confirmed release date.