It’s pretty frequent that we find ourselves at the Kingdom of Dreams and Magic these days. Tokyo Disneyland is my favorite castle park, for fairly obvious reasons, and there’s always something new happening to see. It’s a bit of a trek today, so let’s go! 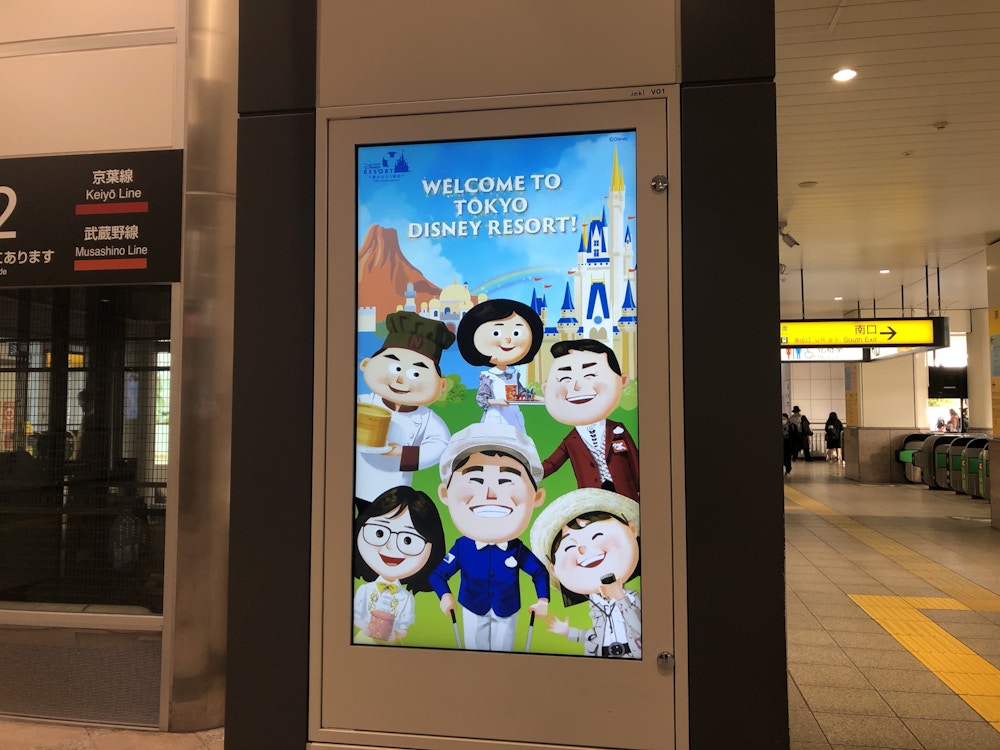 Because Tokyo Disney Resort is suffering a bit of a Cast Member shortage, there’s a campaign going on in and around the parks. Ads in the monorails and at the station, as well as in Today Guide inserts, promoting the hard work Cast Members do! This particular shot takes inspiration from the normal welcome sign, which you can see below. 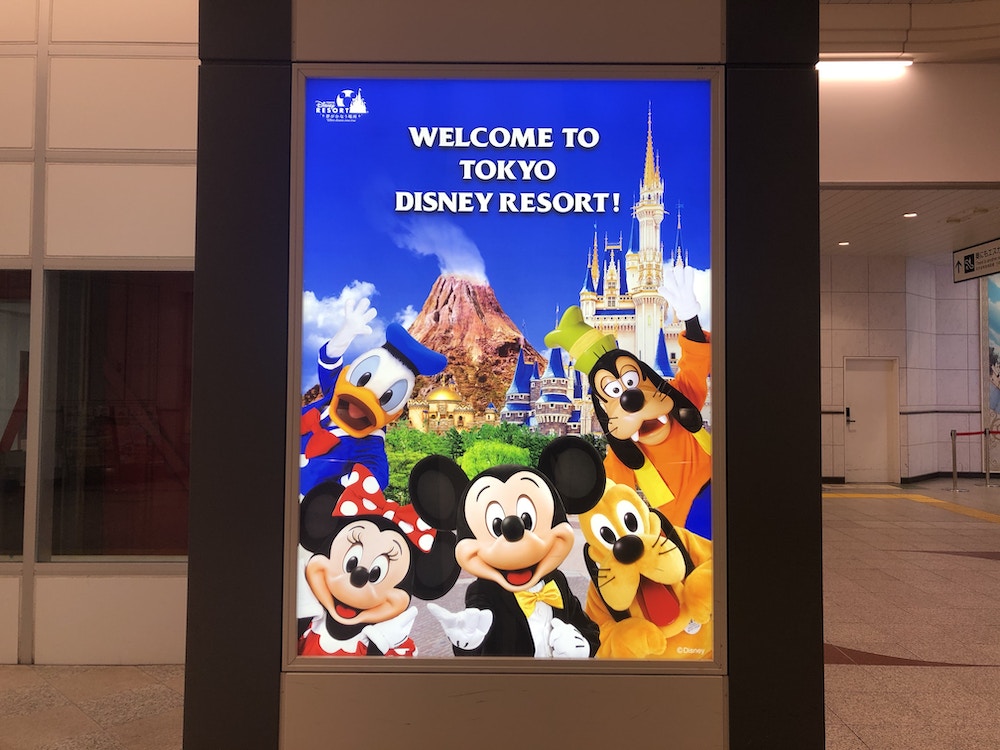 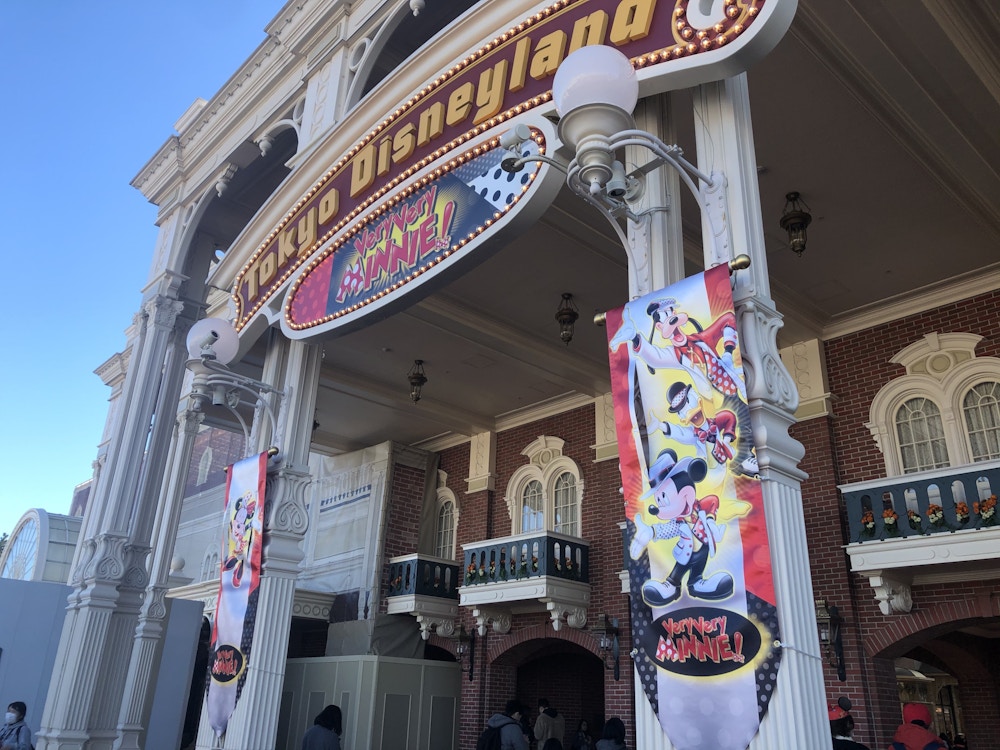 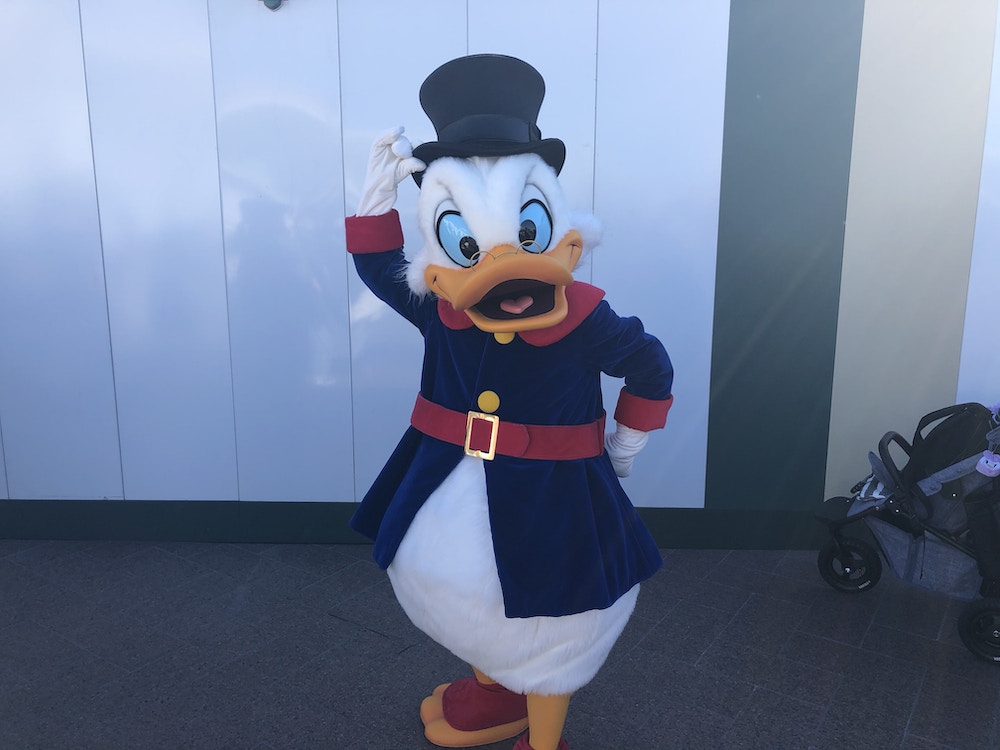 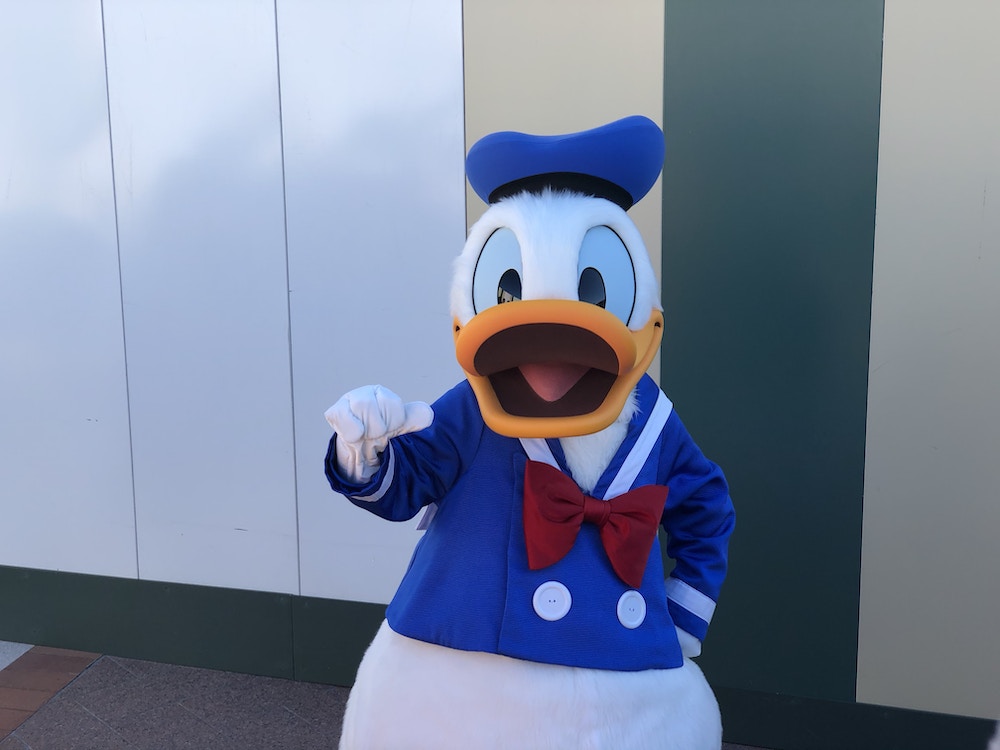 A couple of our ducky friends were out greeting Guests this morning. We spent a fair bit of time with Scrooge McDuck, since his nephew was getting all the attention. But we love both of our temperamental friends equally! 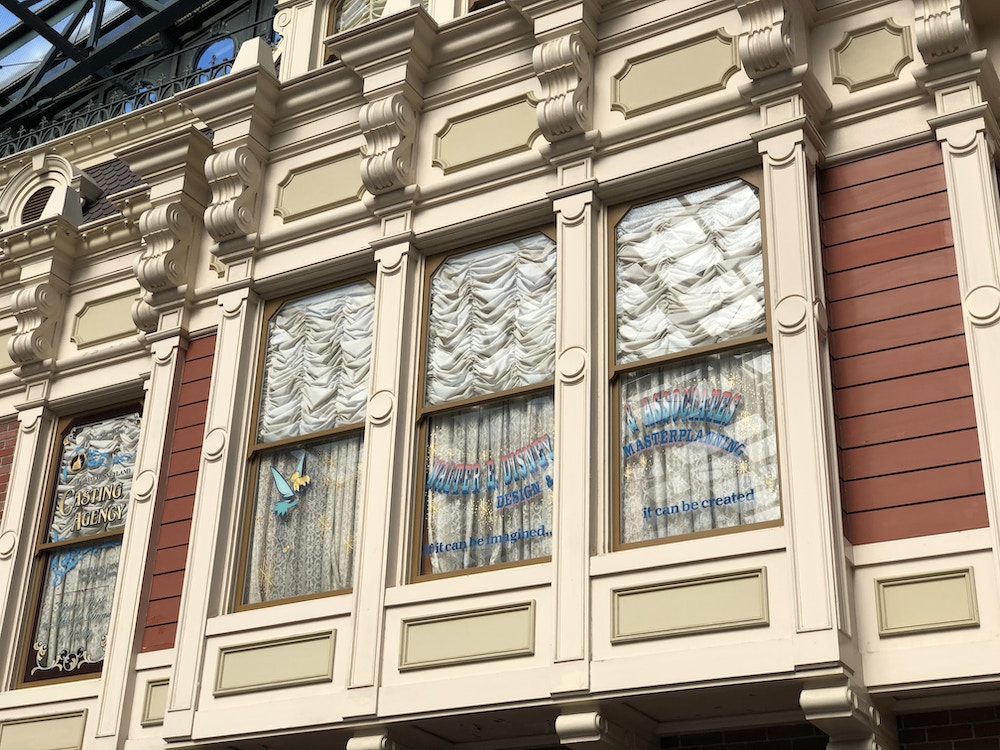 Some people forget that we too have windows on our Main Street! There’s not nearly as many, since honors come very rarely, but there’s a few here and there. 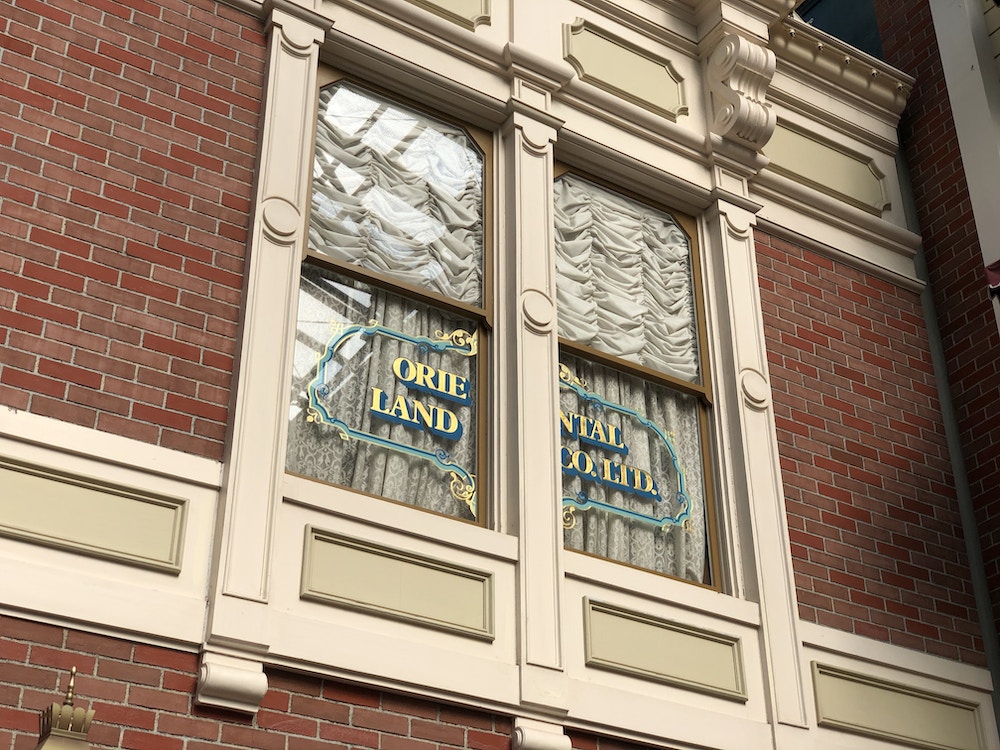 At the entrance end of Main Street, tributes to Walt Disney Productions and the Oriental Land Company are both present. Like at the beginning and end of credits, where a production company is named. 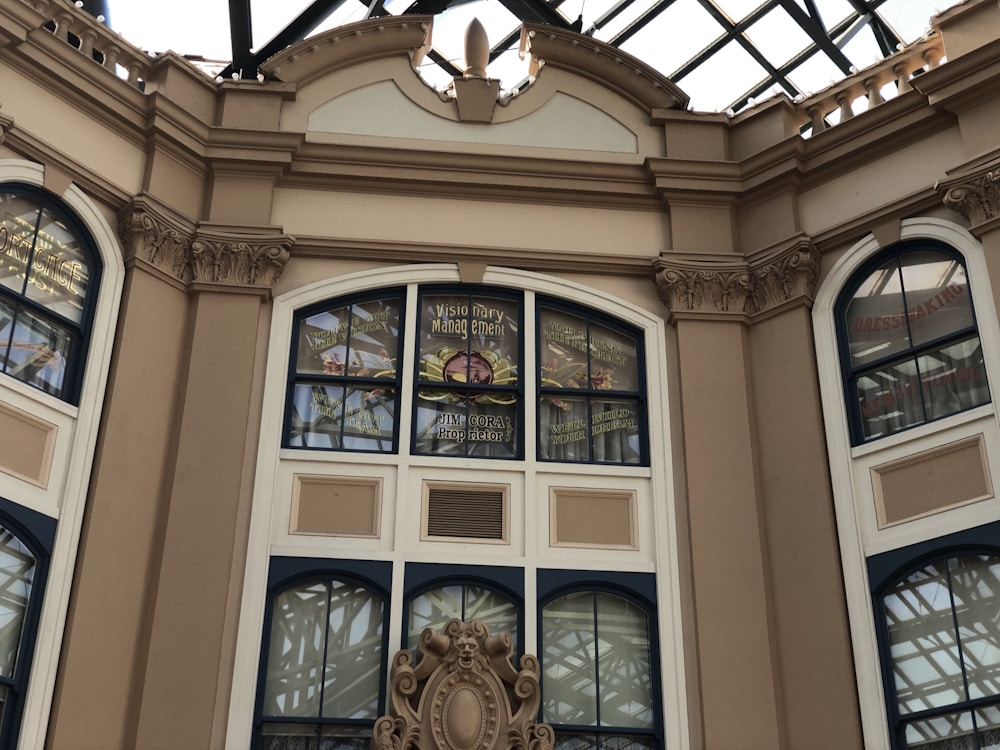 Situated above Town Square Fashions, we see a window tribute to Jim Cora. Cora came aboard the TDL project in 1979 as operations director for TDL. He was instrumental in developing and opening this park, and returned in 1999 for the development of Tokyo DisneySea. Cora retired in 2001, shortly after the successful launch of the park. He also has a window at Disneyland in California, honoring his work for both Tokyo Disneyland and DisneySea. 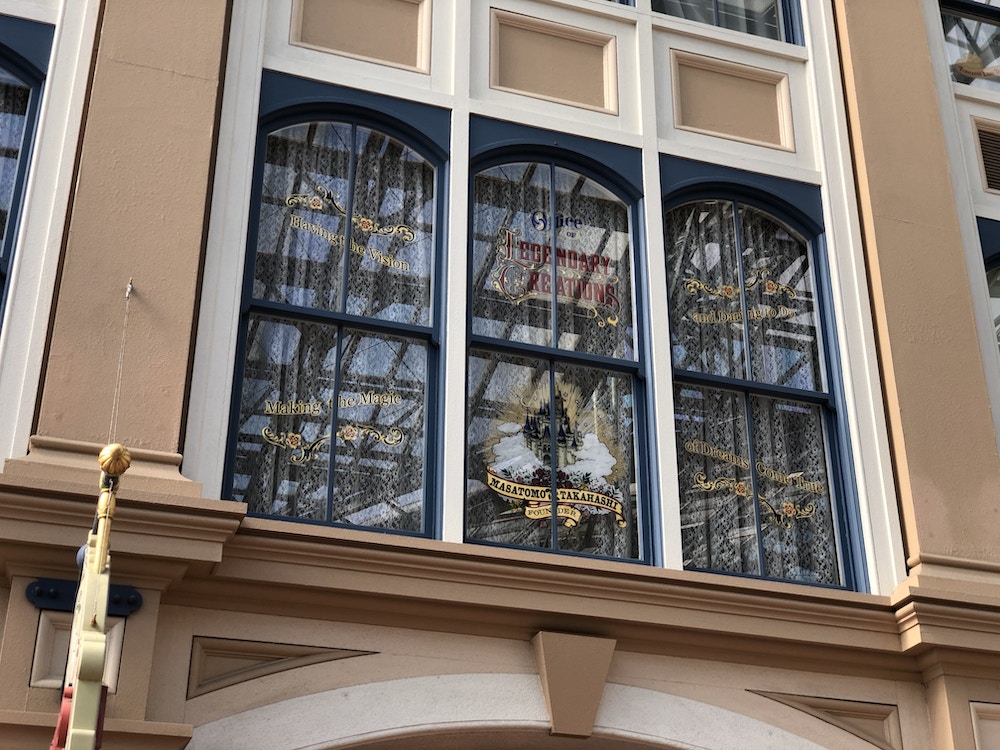 Above the side entrance to Town Square Fashions, a window pays tribute to the man who single-handedly made TDL possible. If you’re familiar with The Imagineering Story, you’ll remember the name Masatomo Takahashi. He is the reason both Tokyo Disneyland and DisneySea exist at all. He died in 2000, a year and a half before Tokyo DisneySea opened to the public. But in his honor, the park opened on his birthday, September 4th. 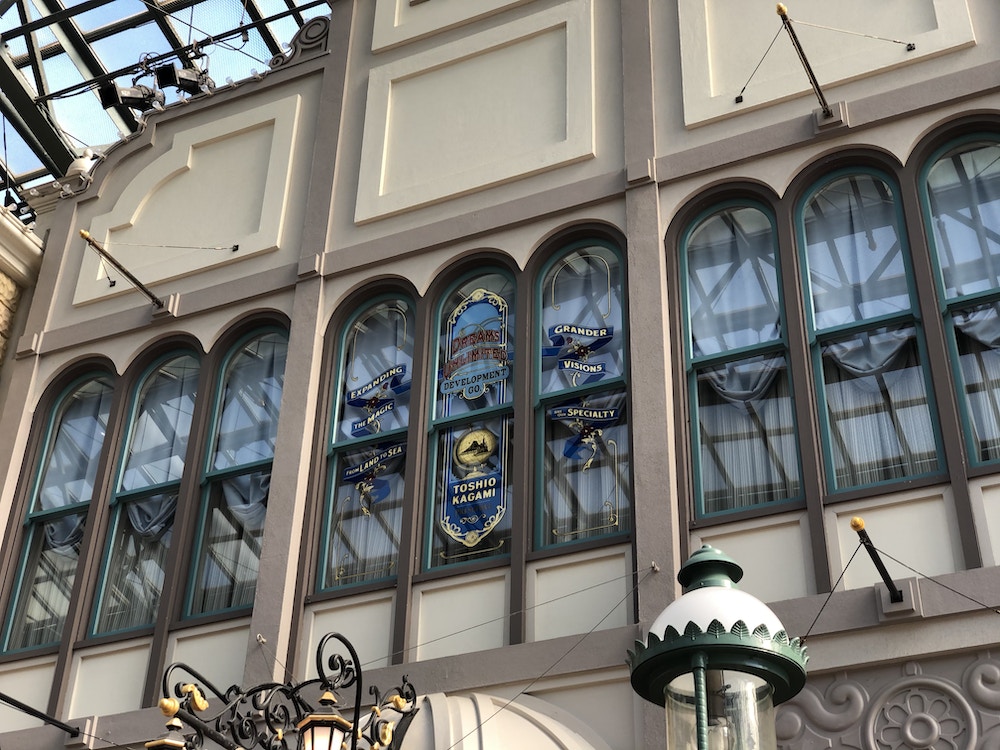 Toshio Kagami has been President of OLC since 1995, and led the ship after Takahashi passed away. True to the window description, he expanded the magic from Land to Sea. 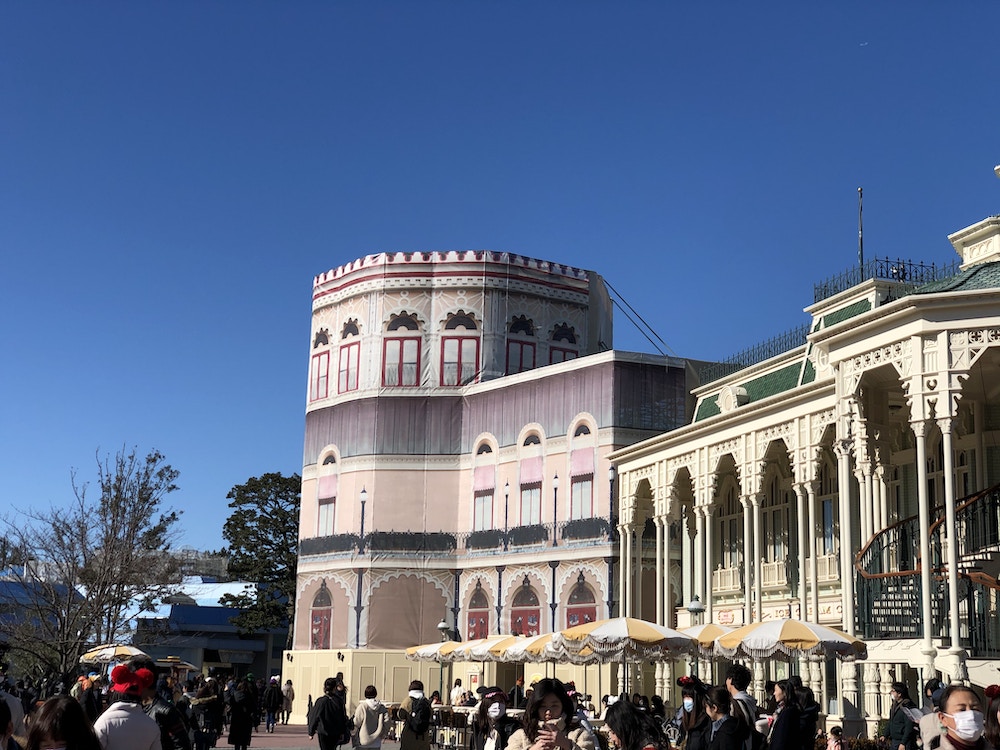 Sweetheart Cafe in World Bazaar continues to be covered by scaffolding, as it has been since before Christmas. 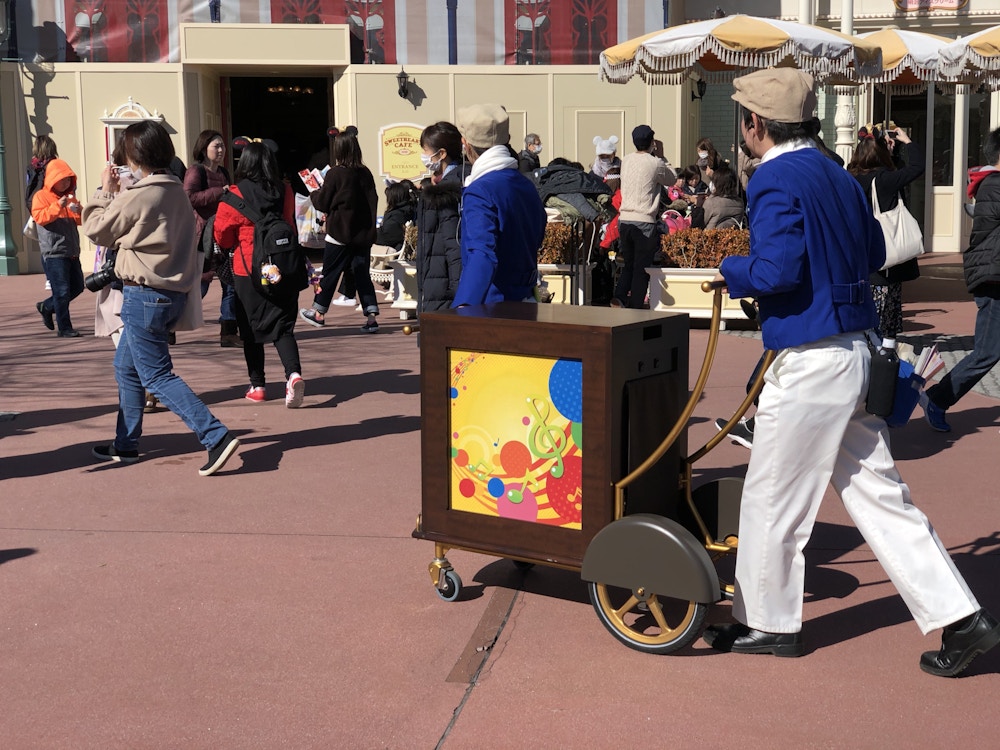 Jamboree Mickey! is an extremely popular kids dance program in front of the castle. It’s so popular, in fact, that Cast Members have started holding mini-Jamboree Mickey-themed dance parties for older Guests to join! 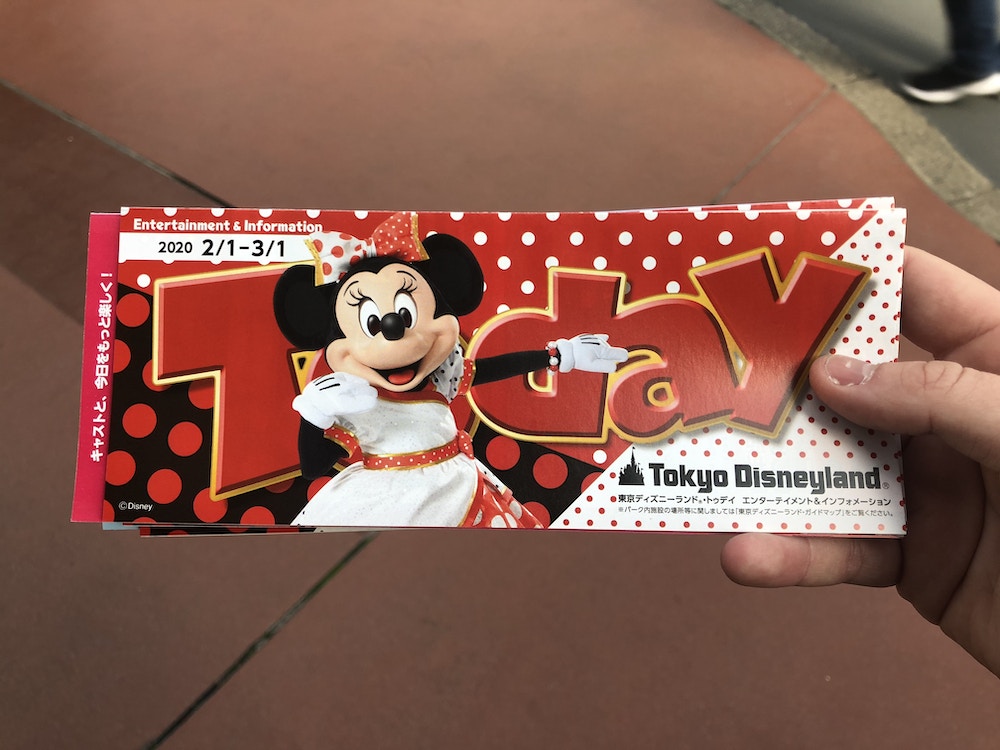 As per custom with new months, a new Today Guide is out! This month, Minnie features once again (it is her event, after all). 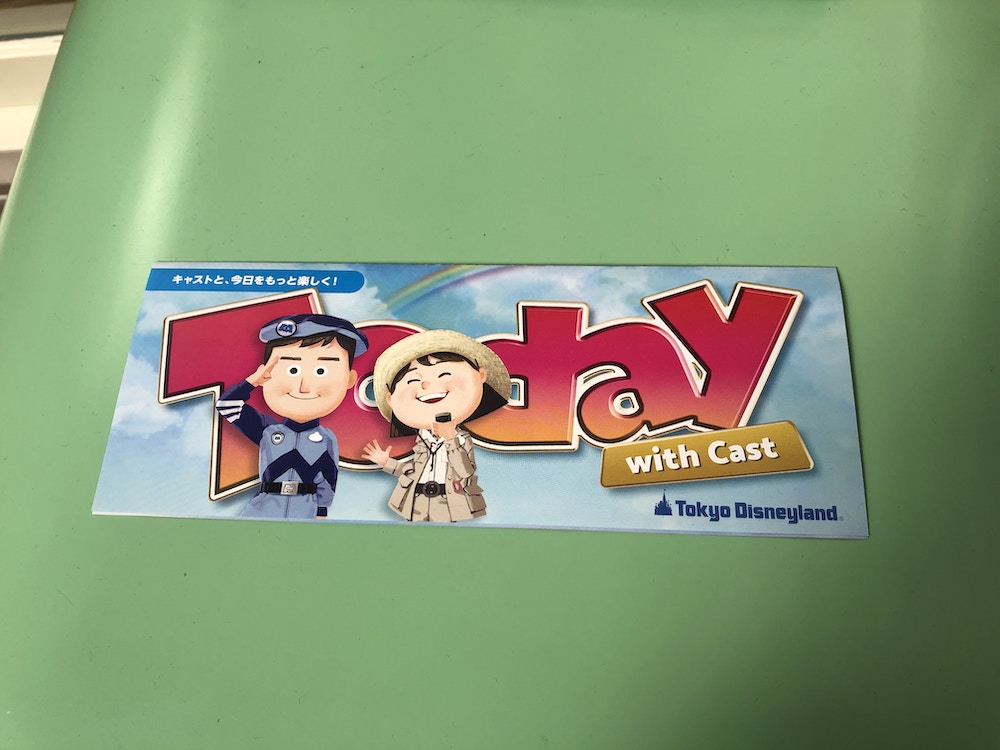 A new addition, however, is the Today with Cast guide. This little insert promotes the fun roles and stories from Cast Members around Tokyo Disneyland. Like I said earlier, the resort is facing a bit of a CM shortage, so this is a nice way to promote the idea of joining without blatant advertising. 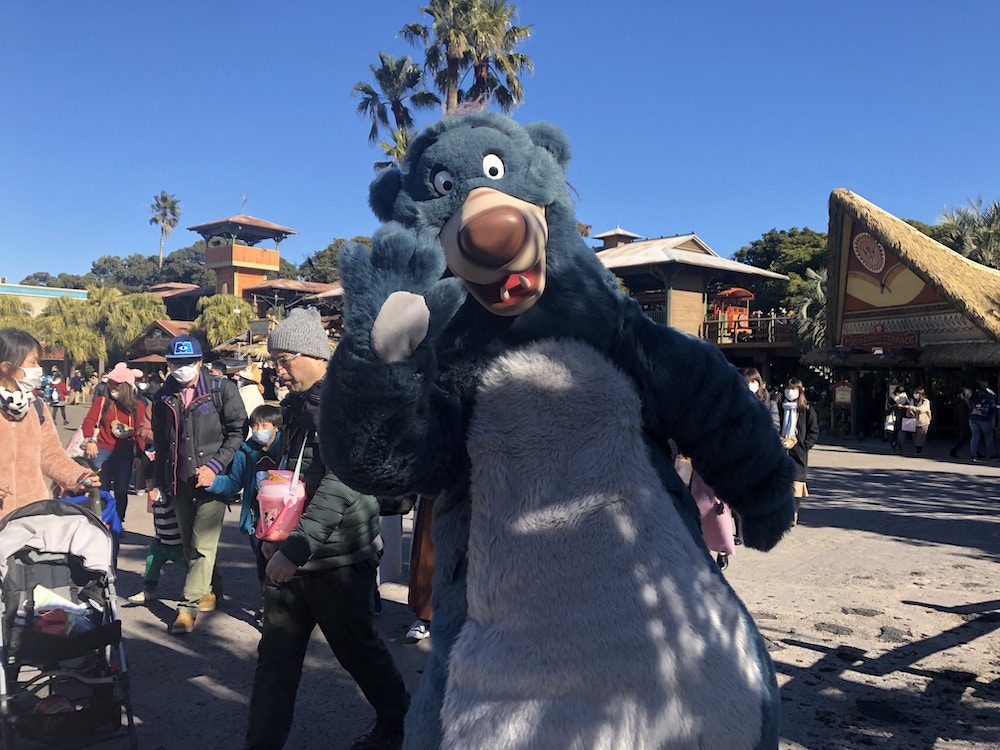 In Adventureland, Baloo and some of his monkey friends were out greeting Guests today. 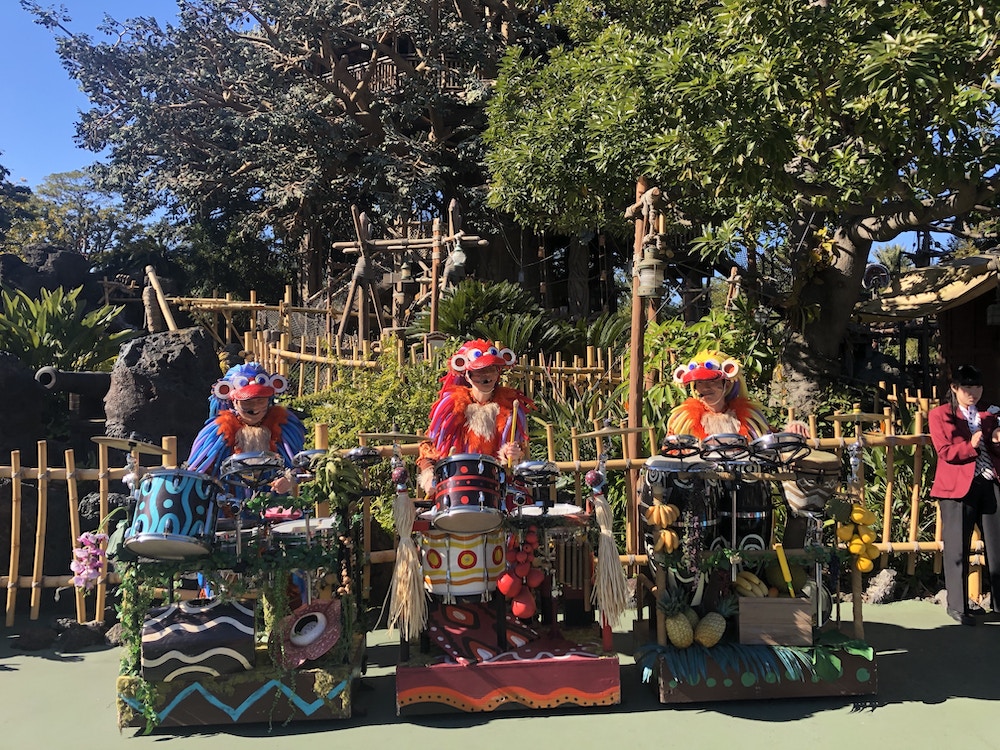 And when Jungle Rhythms came out, he started to dance along! Outside the shot are Jose and Panchito, also encouraging Guests to dance with the beat. 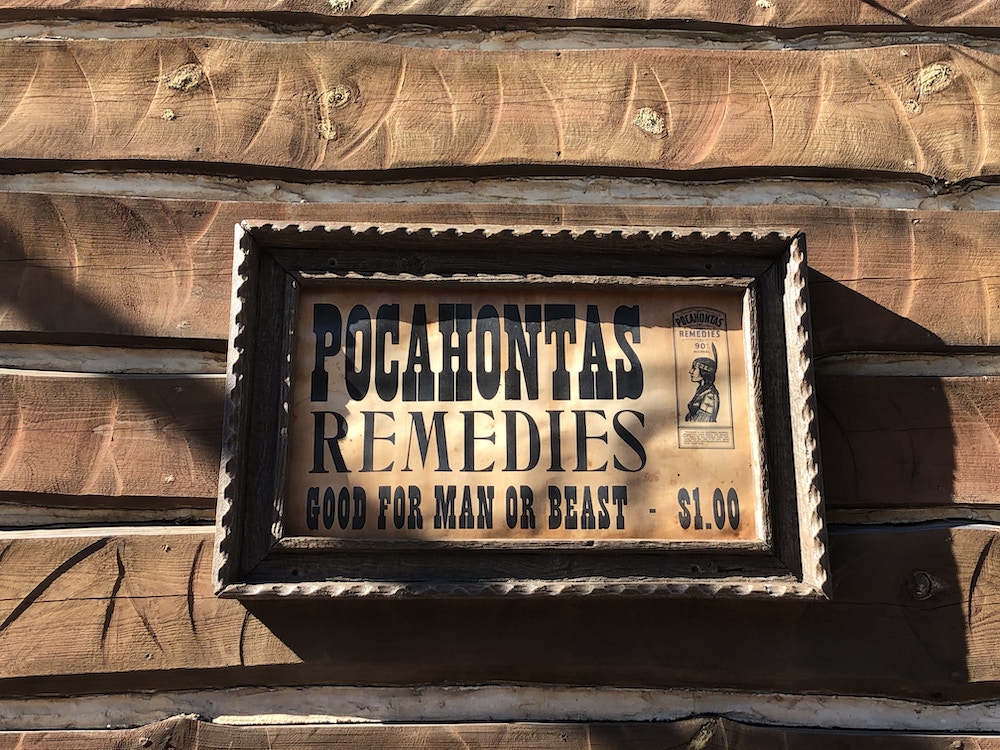 This sign in Westernland is a perfect example of “things we probably wouldn’t see in the US anymore”. 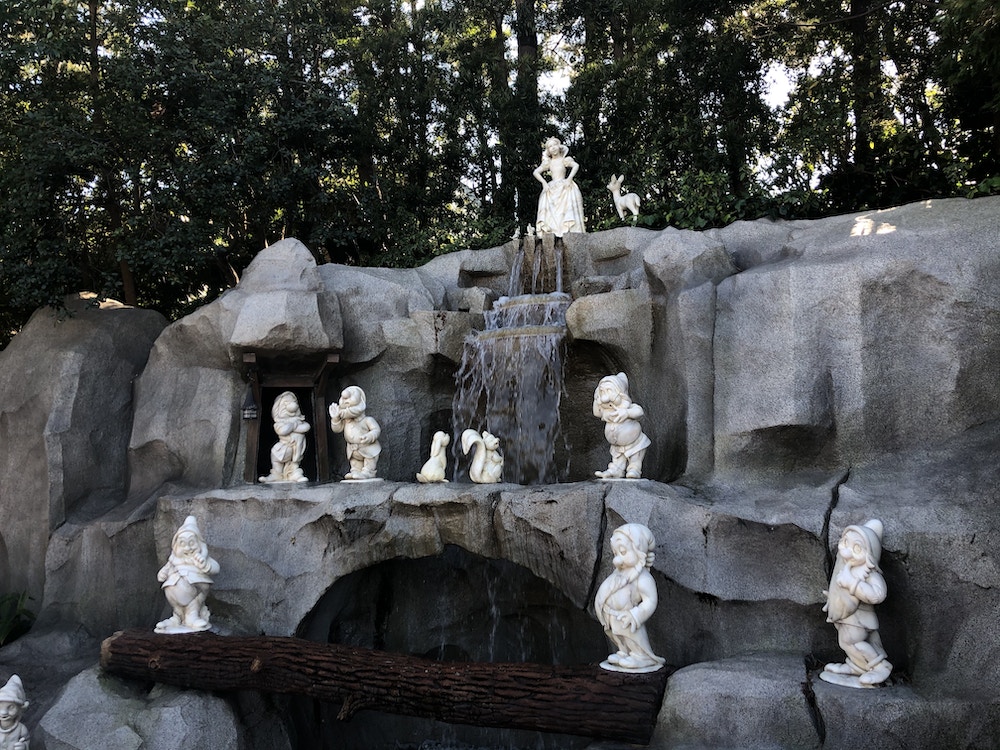 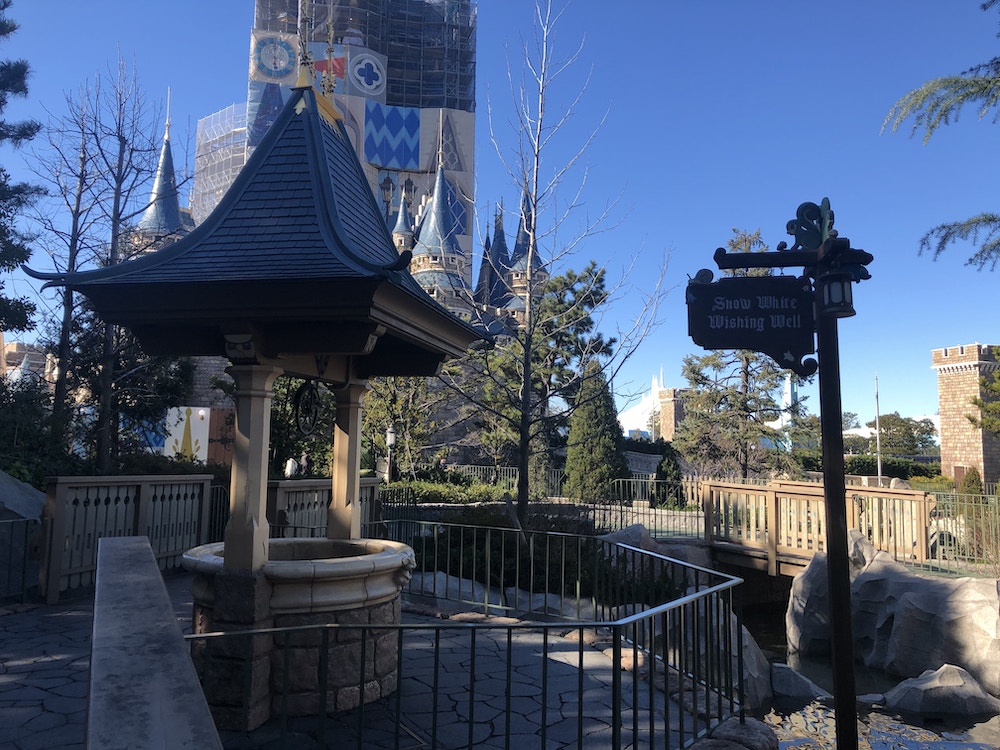 Lots of folks walk right by this. But like Disneyland in California, we’ve got a Snow White wishing well next to our castle as well! On the bridge from the plaza to Westernland, take a look toward Fantasyland on your next visit! 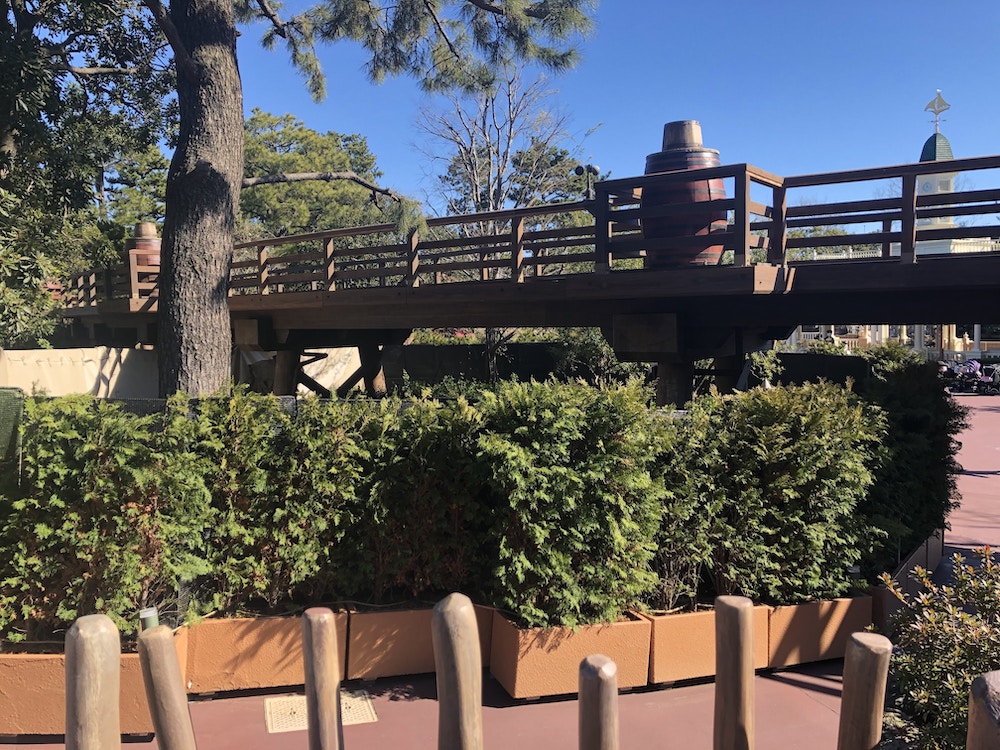 Some minor pavement and planter work is ongoing between the parade route and the Mark Twain dock in Westernland. These planters haven’t been up long, and who knows how long they’ll be here. 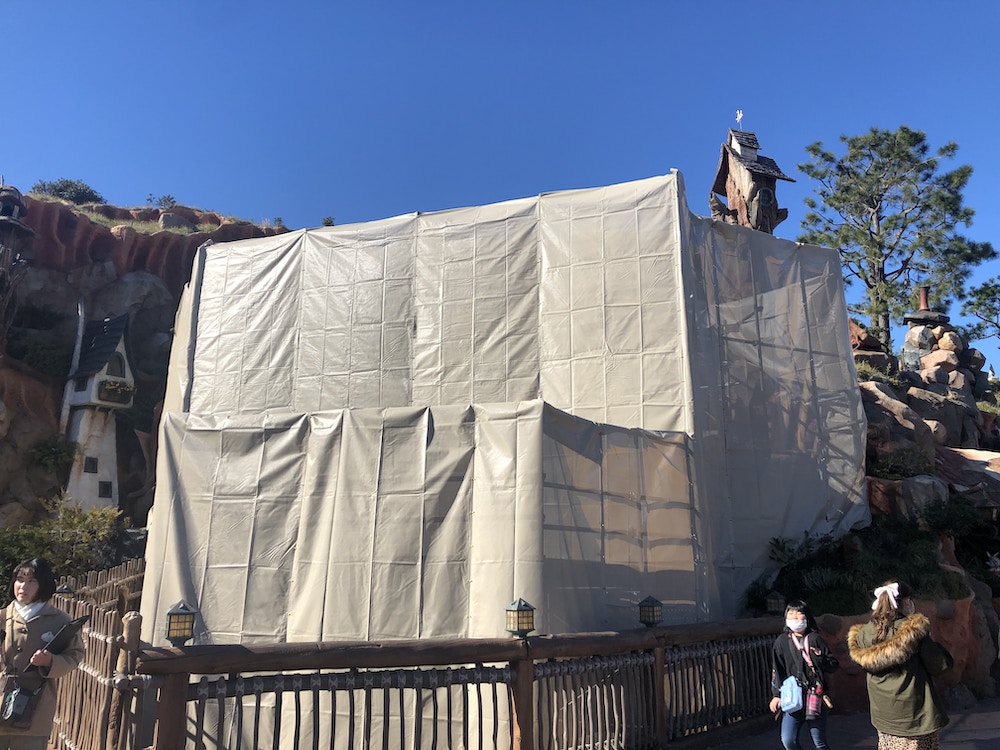 The outdoor seating area facing Splash Mountain, as well as a chunk of the facade, of Grandma Sara’s Kitchen is currently covered up for routine repainting work. 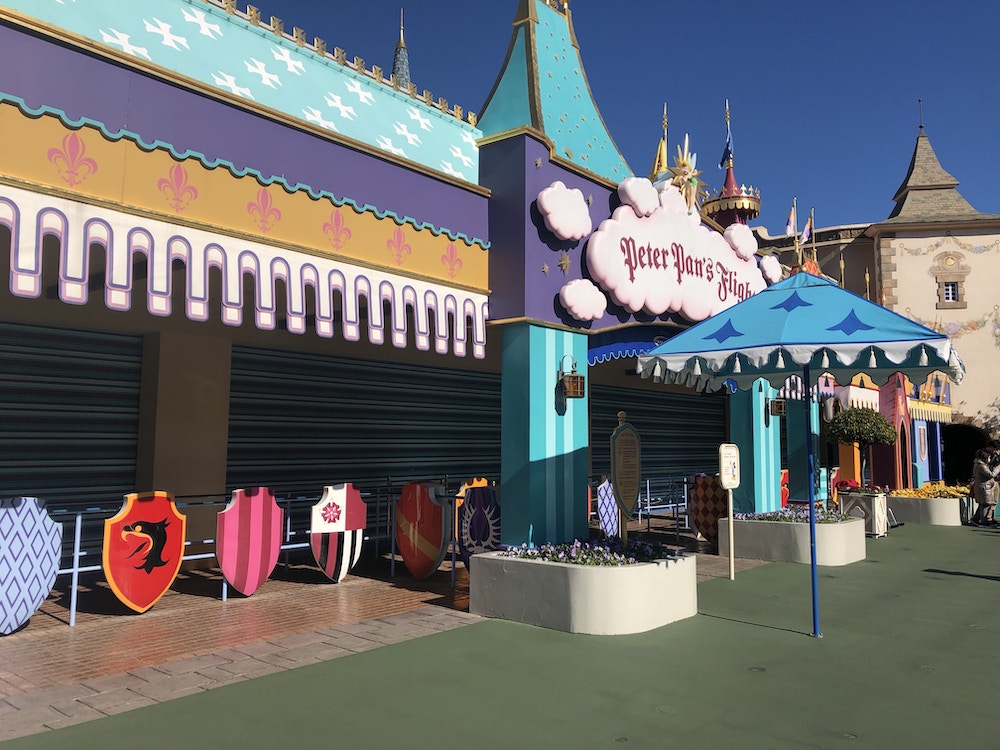 And over in Fantasyland, Peter Pan’s Flight is down for its annual refurbishment through February 11th. So much construction going on right now! But better now than during the Olympics tourism boom. 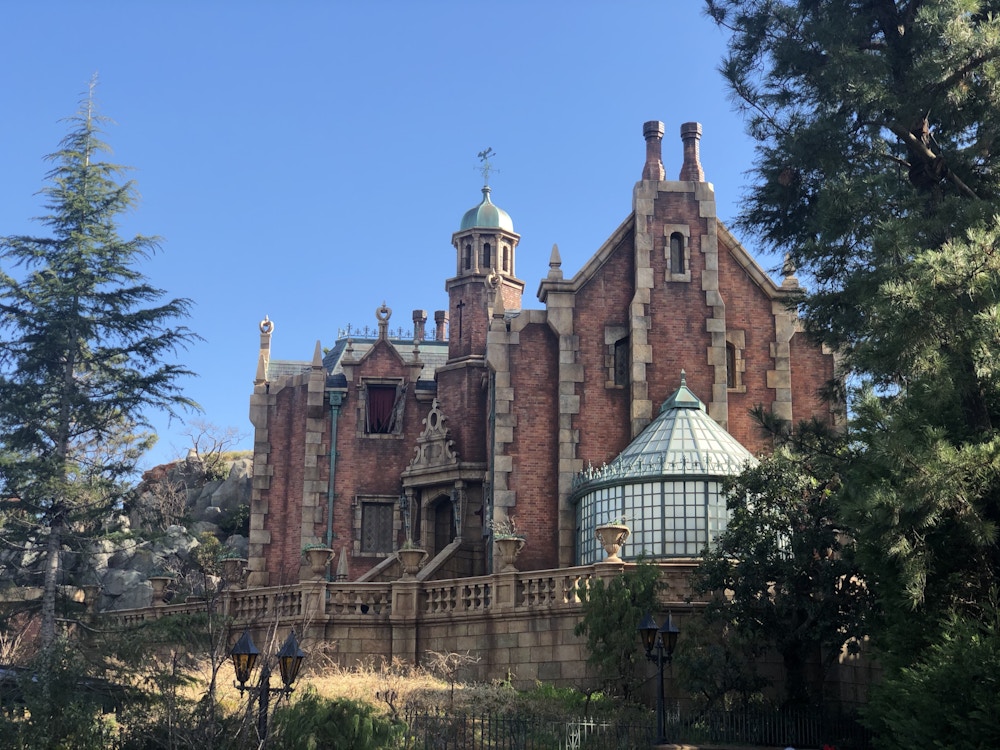 One place where there’s no more construction is The Haunted Mansion! This beloved, classic attraction came out of its annual refurbishment last week, and looks even eerier than before. 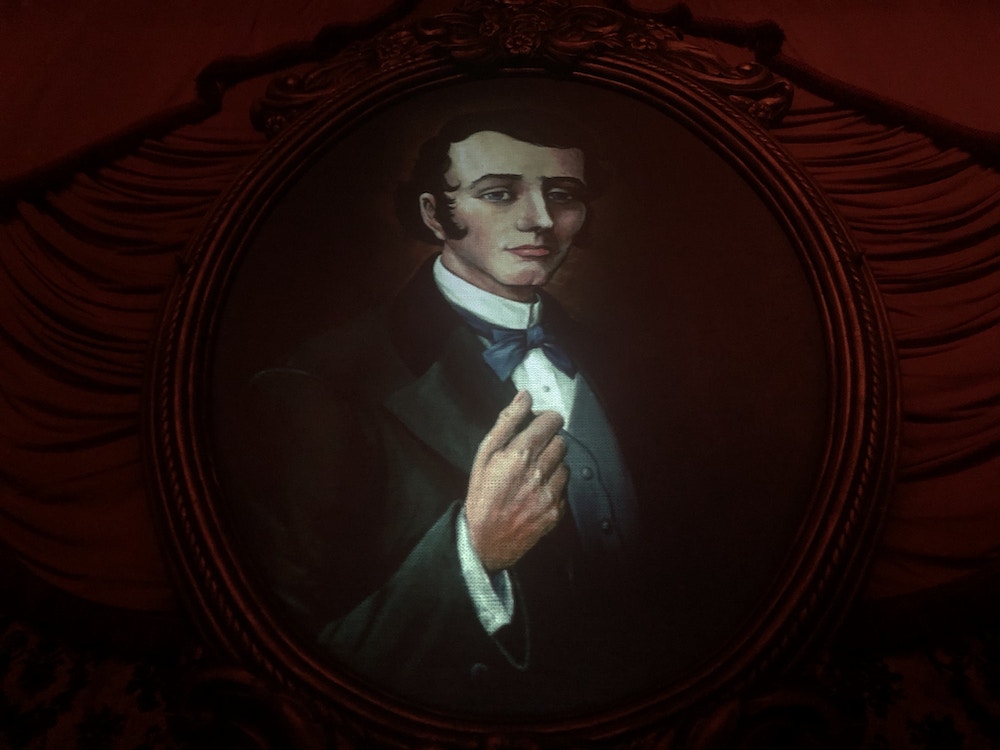 I love the Holiday Nightmare overlay, but there’s something much more poignant about seeing Master Gracey rather than Jack Skellington. 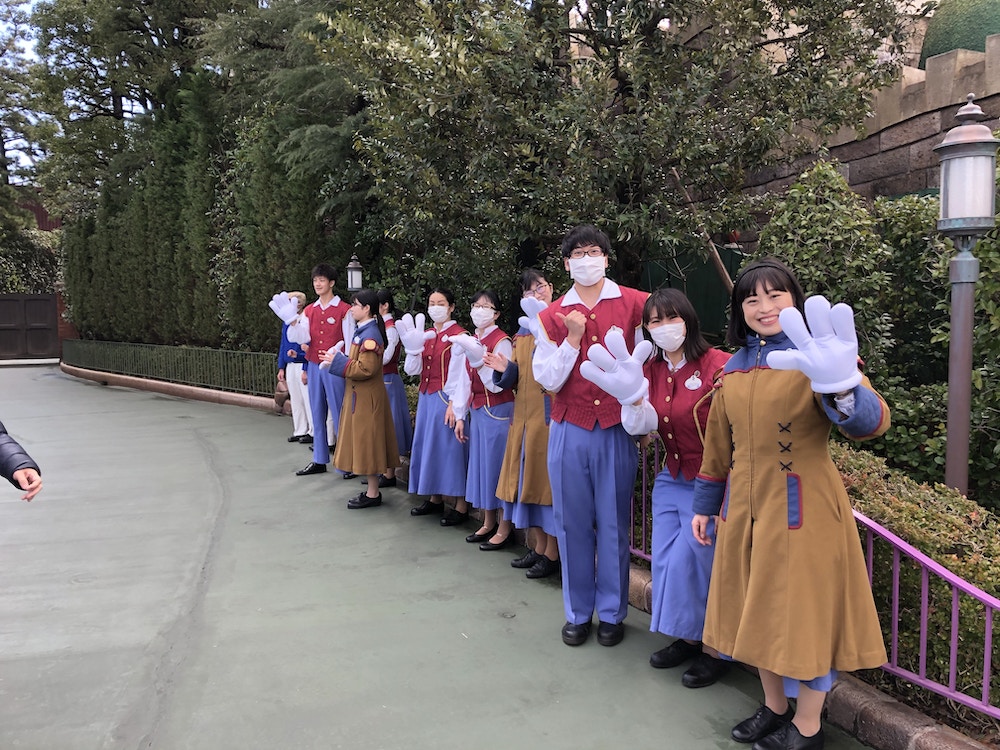 Outside the Mansion, Cast Members were on hand to greet Guests waiting for the first show of Very Minnie Remix. As we reported last week, Tokyo Disney Resort Cast Members are now temporarily allowed to wear sick masks, if they choose. We’re keeping ourselves posted on the Coronavirus issue and how it affects Disney Parks, so stay tuned to WDWNT for future updates. 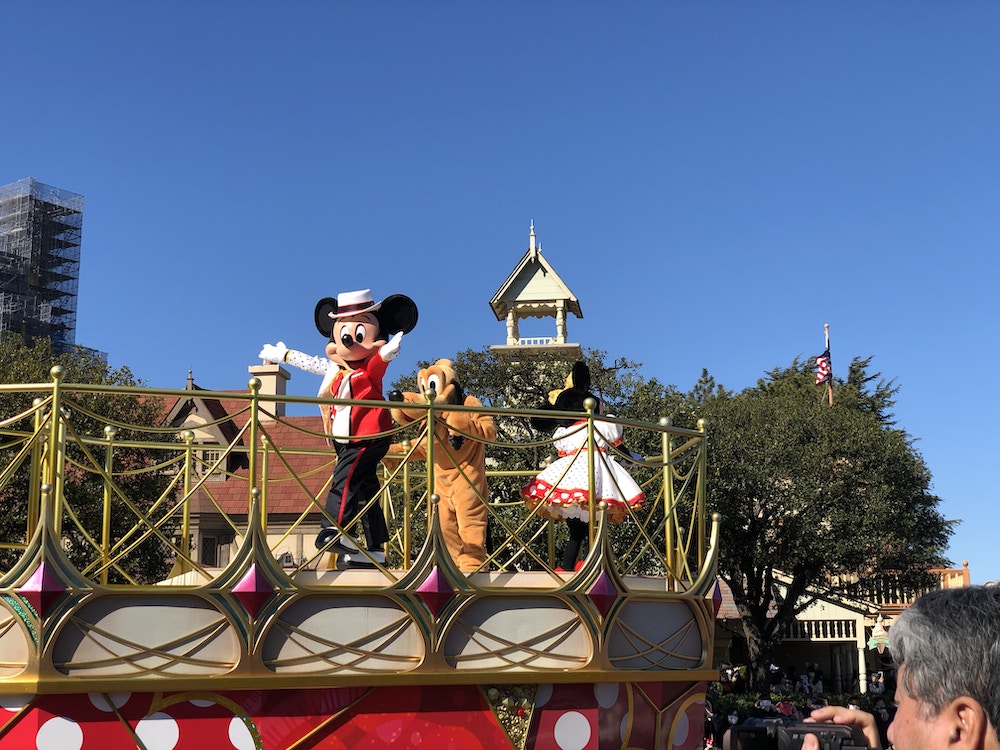 And speaking of Very Minnie Remix, we managed to catch the first show of the day! In this exciting mini-parade, you can join Mickey, Minnie, Donald, Goofy, and Pluto in dances from popular past shows and parades over the years! 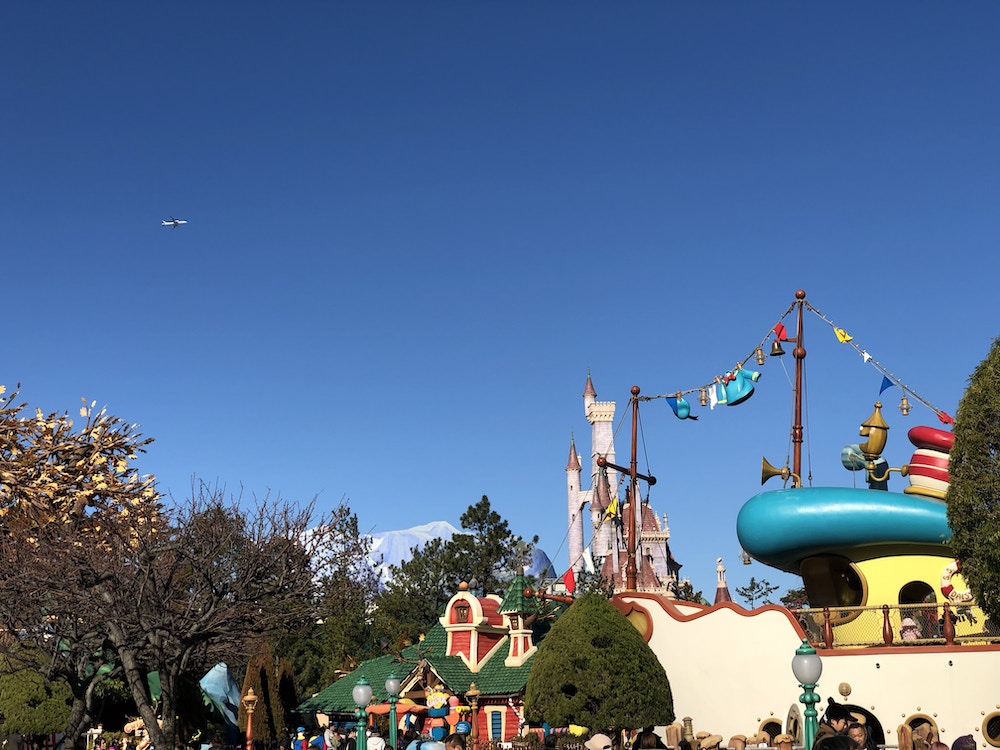 Way out in Toontown, the mountain and Beast’s Castle are fully uncovered for the world to see! Fun fact – if you stand on the deck of Donald’s Boat, you can see some of the show building for The Enchanted Tale of Beauty and the Beast. 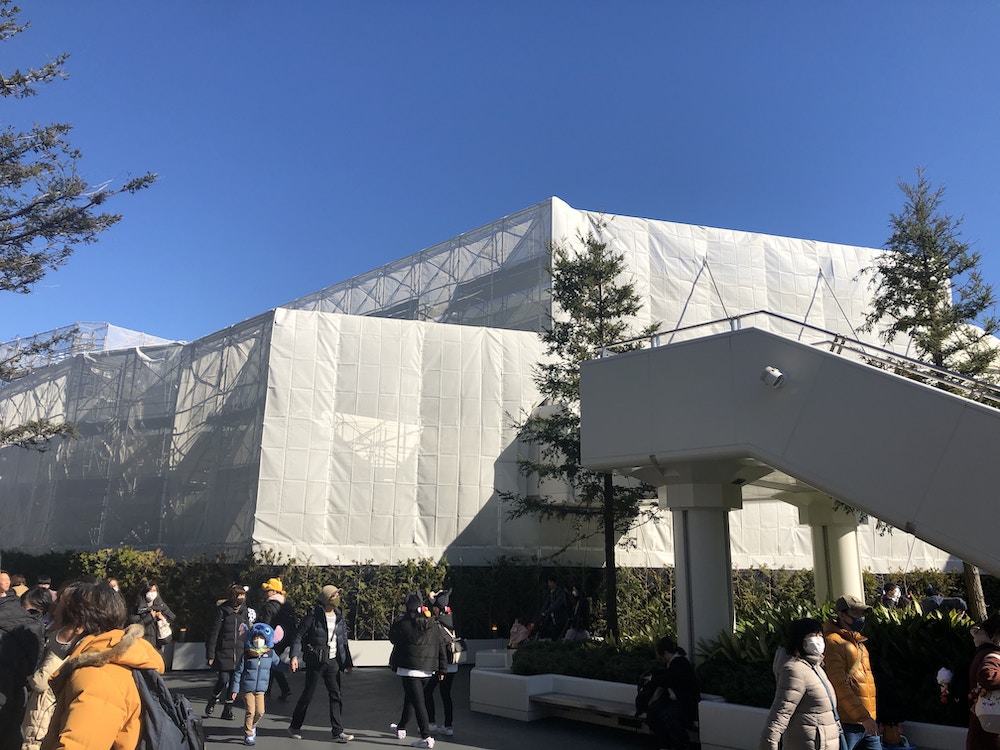 Our beloved Tony Solaroni is still on vacation from the Pan Galactic Pizza Port! Heartbreaking, isn’t it? Fortunately, Tony is scheduled to return on March 10th with more delicious pizzas! 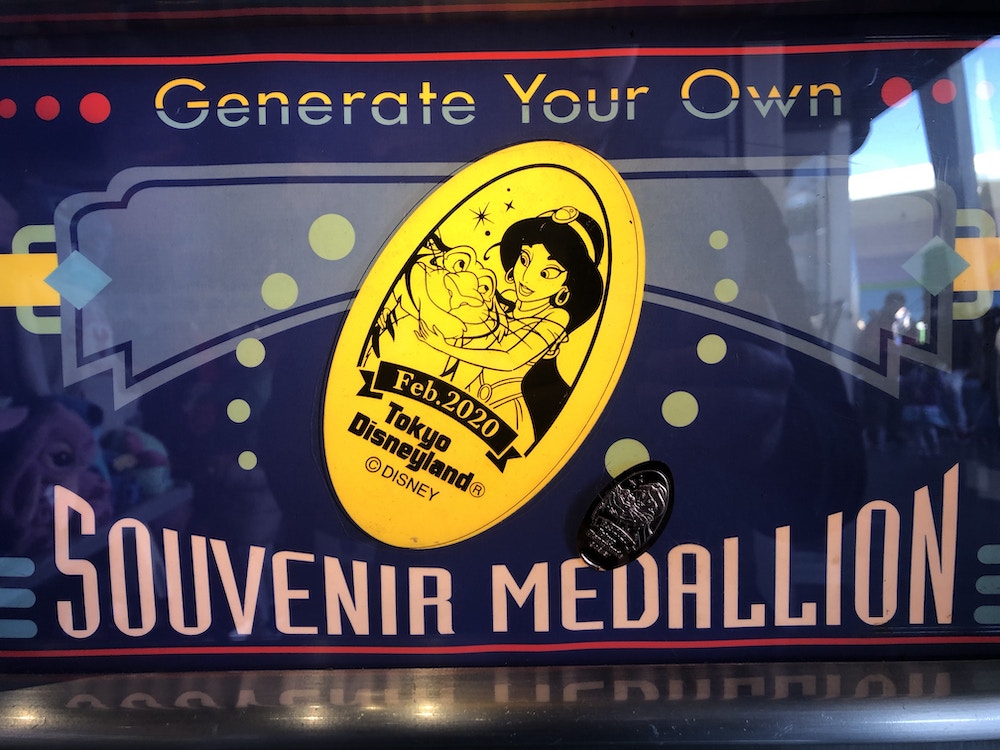 There’s a couple of new additions to the Treasure Comet novelty items! This month’s souvenir medallion at the park features Princess Jasmine and Rajah, and can be yours for a mere ¥100! That’s only 91 cents, believe it or not. 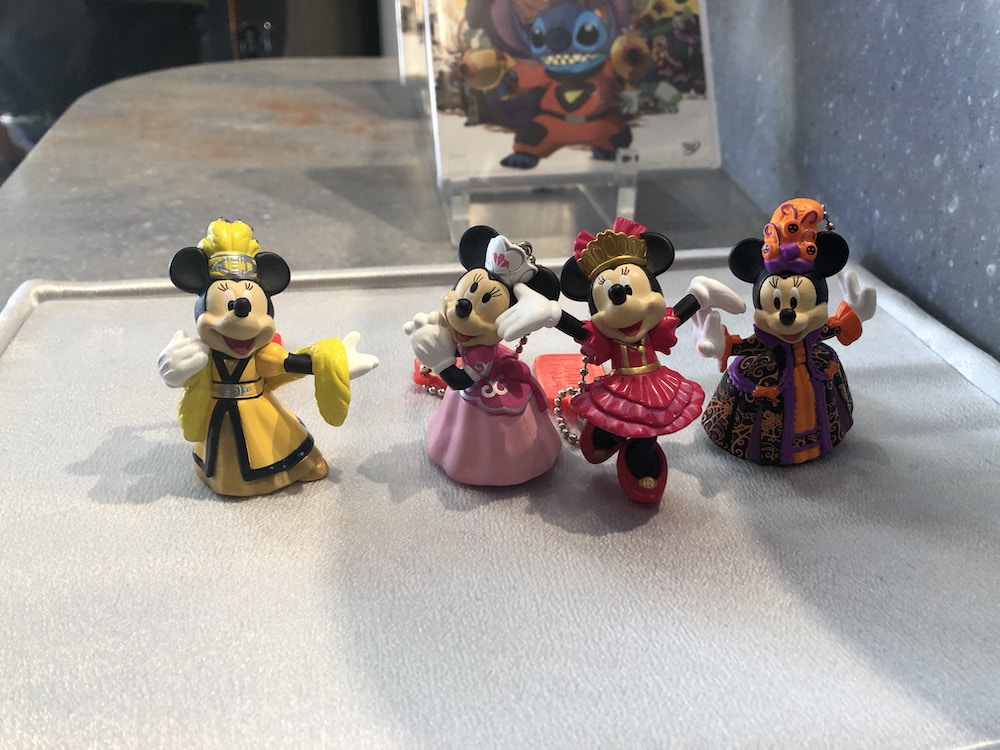 And that’s everything from Tokyo Disneyland this week! Between the New Fantasyland construction and Very Very Minnie, it’s an exciting time as always at the park. What was your favorite sight this week? Are you visiting for Very Very Minnie? Let us know below or on Twitter!