I’ll confess. I love socks. I love Disney. So when I spot new Disney socks, I’m in love. We found three new pairs of socks here in Disneyland Resort and I am very excited about them. Let’s take a closer look! 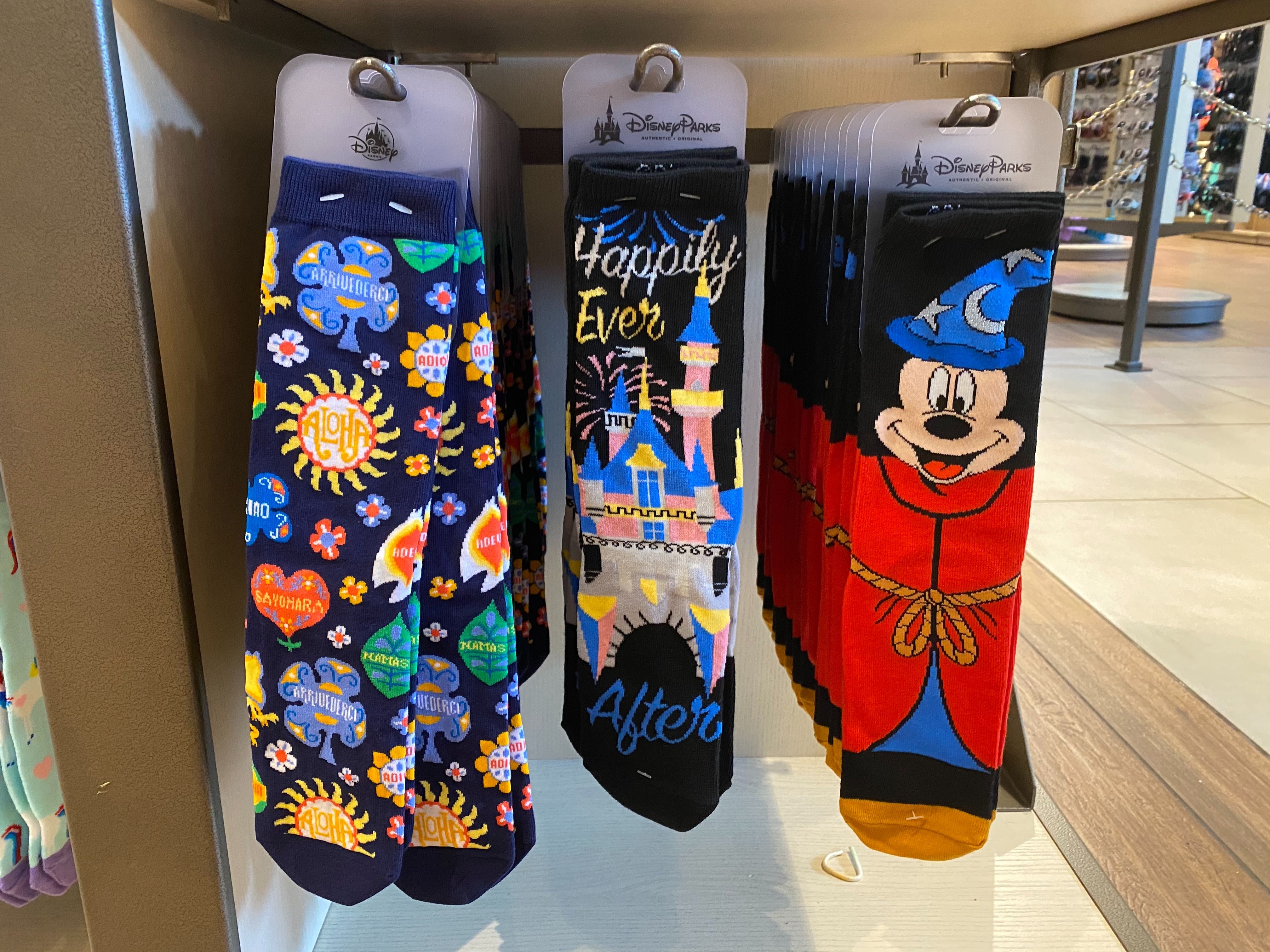 The Sorcerer Mickey socks on the right feature our favorite apprentice taking up the full length of the sock. 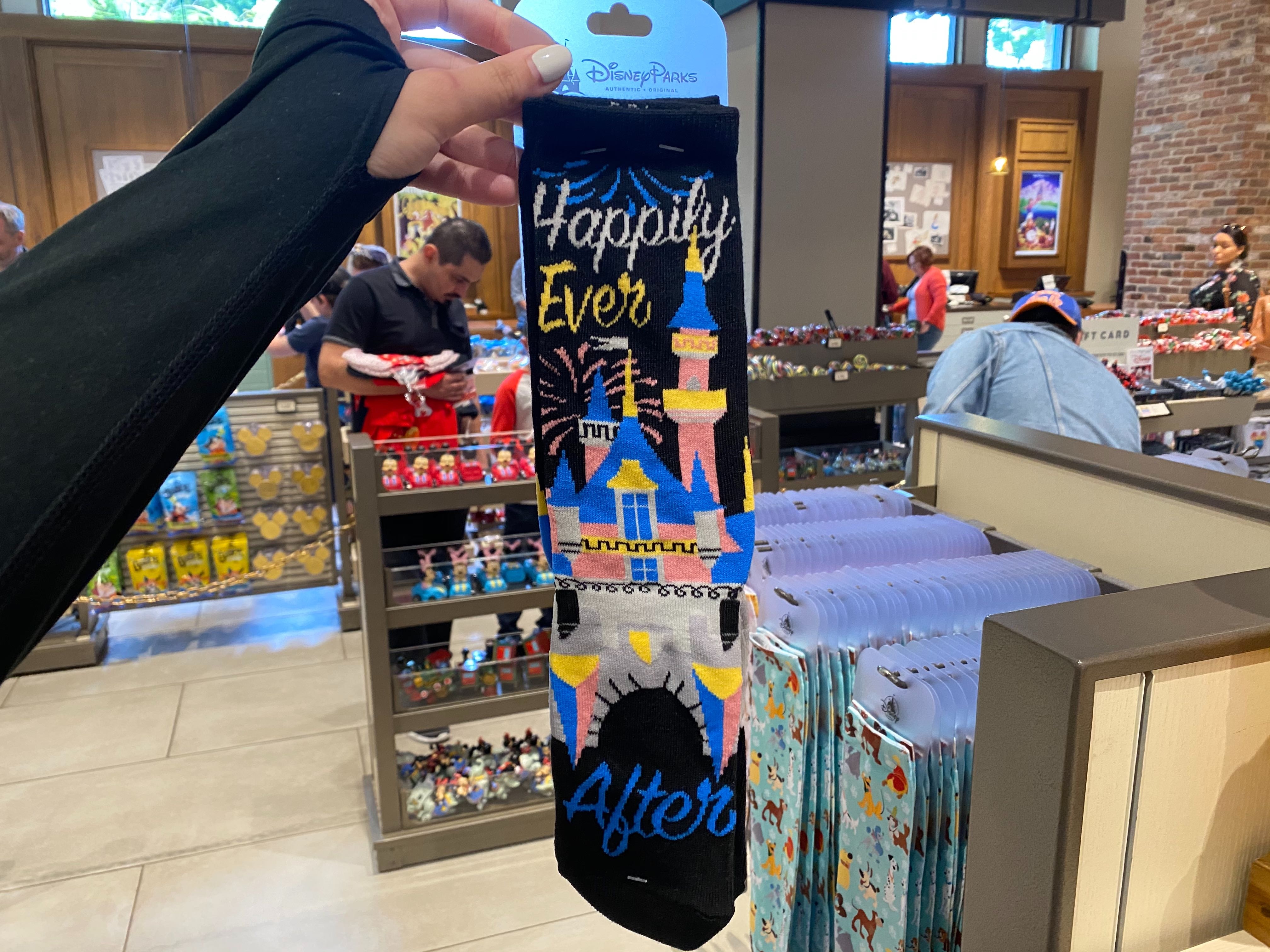 Although Disneyland doesn’t have the nighttime firework spectacular “Happily Ever After”, these socks stay true with the overall theme of Disneyland. 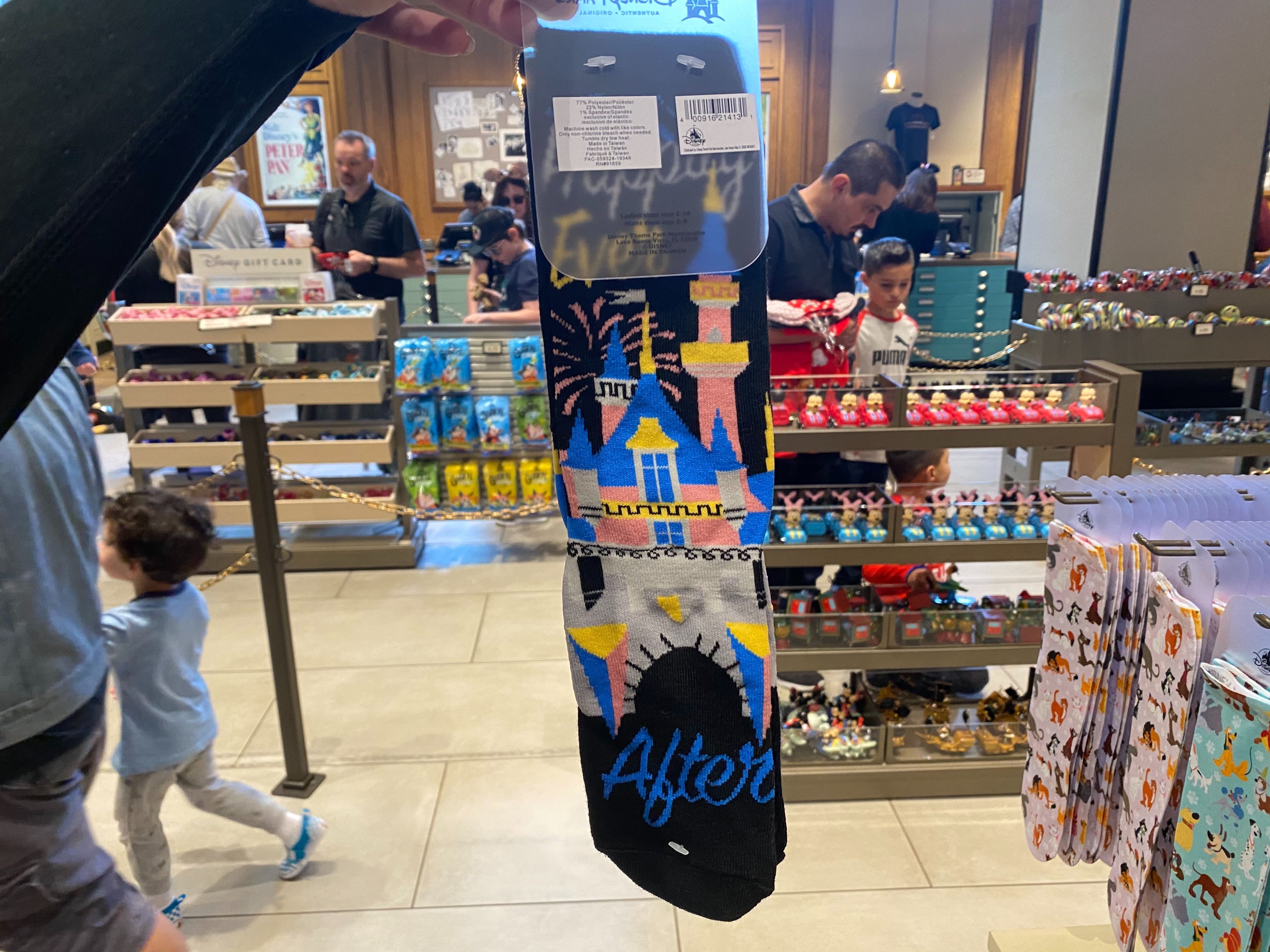 Sleeping Beauty Castle is depicted in bright colors while fireworks explode in the background. The pattern is the same on the front as is on the back, so you’re sure to send magical vibes in either direction. 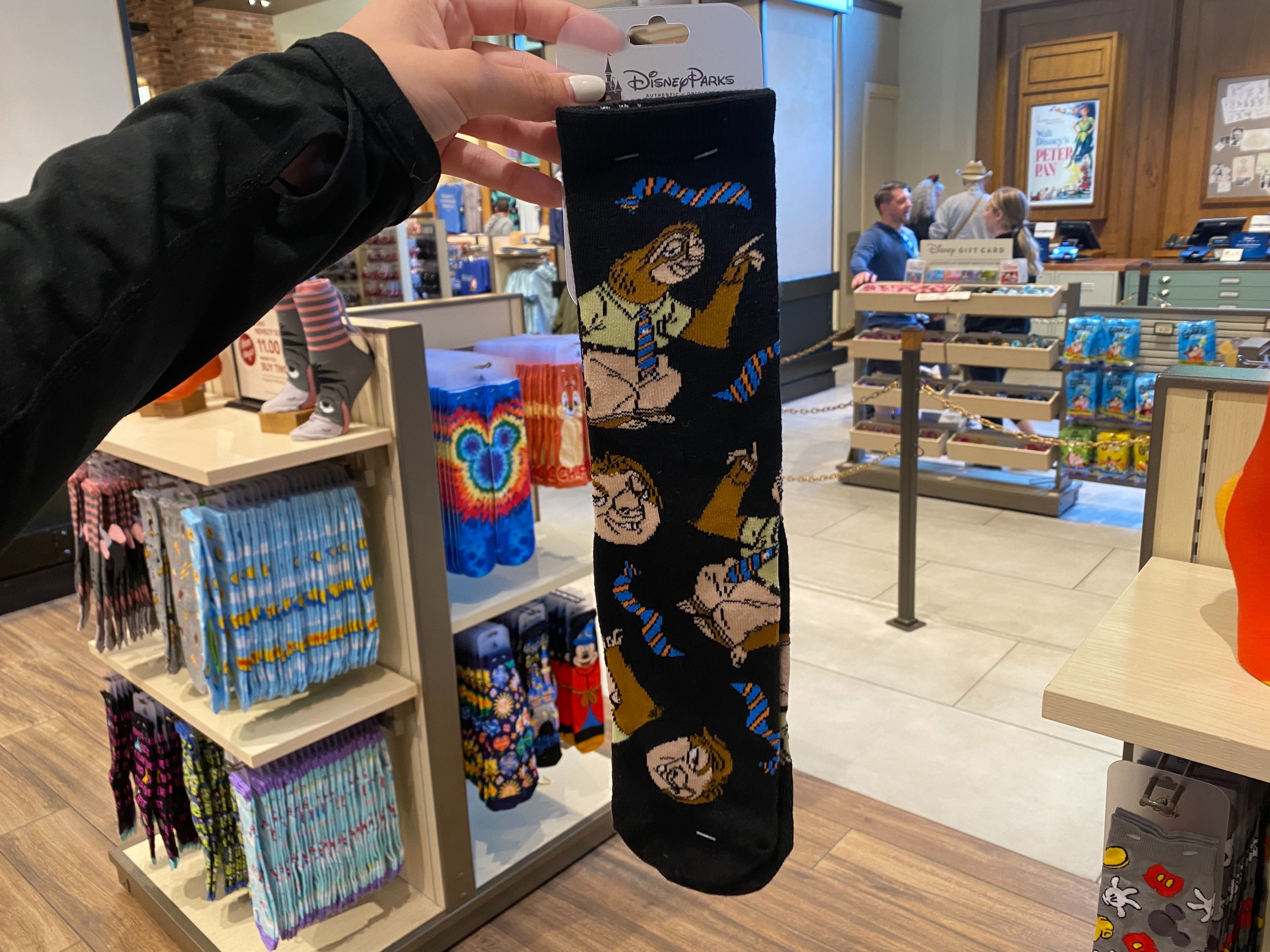 Next up is everyone’s favorite DMV employee, Flash, from “Zootopia”! 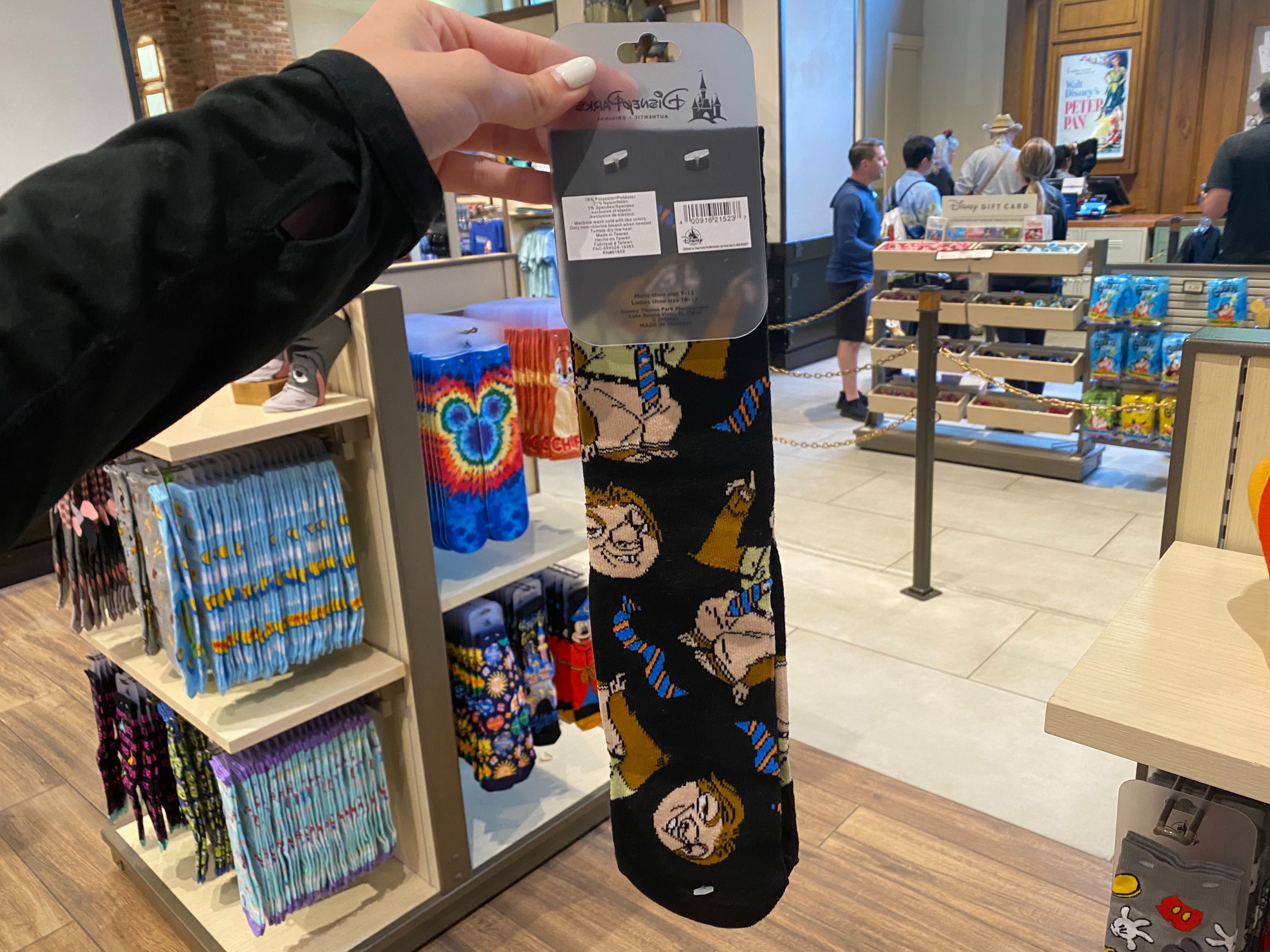 He’s depicted here in a rather thoughtful pose, while his tie and images of his face make up the rest of the pattern on this sock. 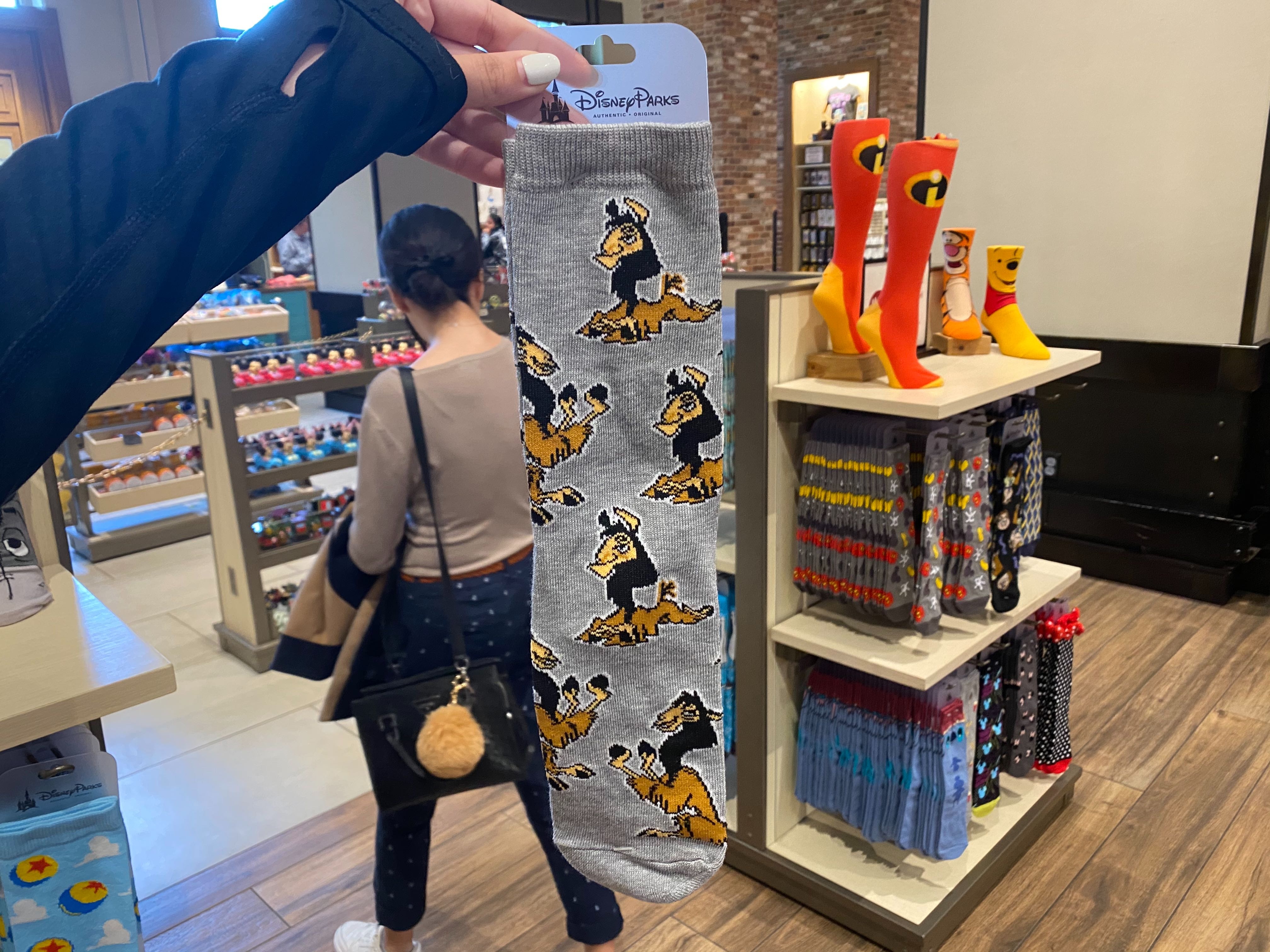 You’ll be saying “No Touchy!” whenever someone tries to get their hands on these socks with Emperor Kuzco in his llama form. 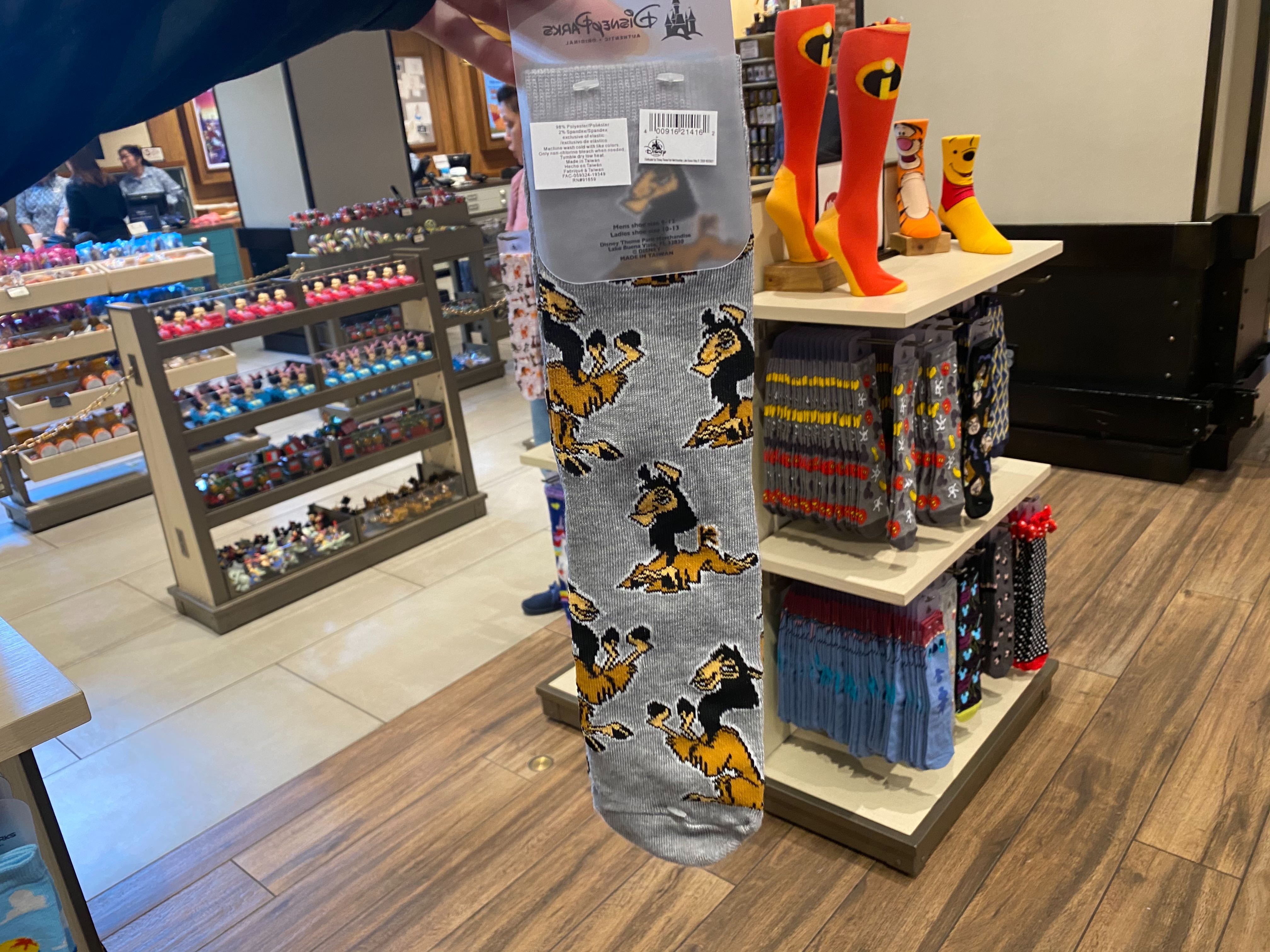 Kuzco is seen here both lounging and ready to fight anyone that’s ready to throw off his groove. 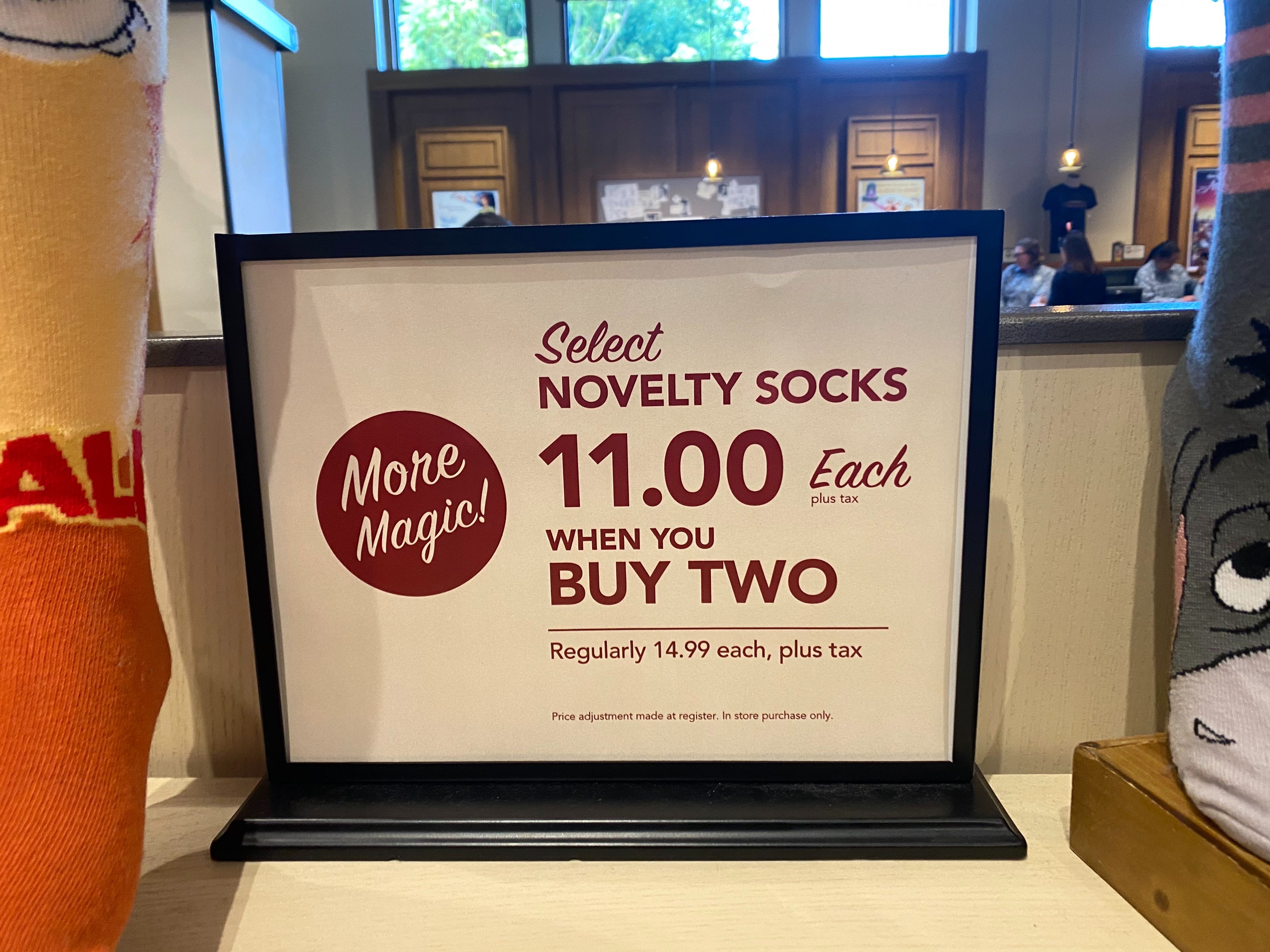 If you’re looking for a sale on these magical novelty socks, you can take part in this deal where they “only” cost $11.00 if you buy two pairs. Otherwise, they’re $14.99 each if purchased separately.

We found these socks at the World of Disney at Downtown Disney in Disneyland Resort, and we’ve already spotted these in Walt Disney World this week, so you can find these awesome socks on both coasts!