It’s wintertime, which means another day, another pair of socks. We found four new pairs today that will get your feet through more than half the workweek. 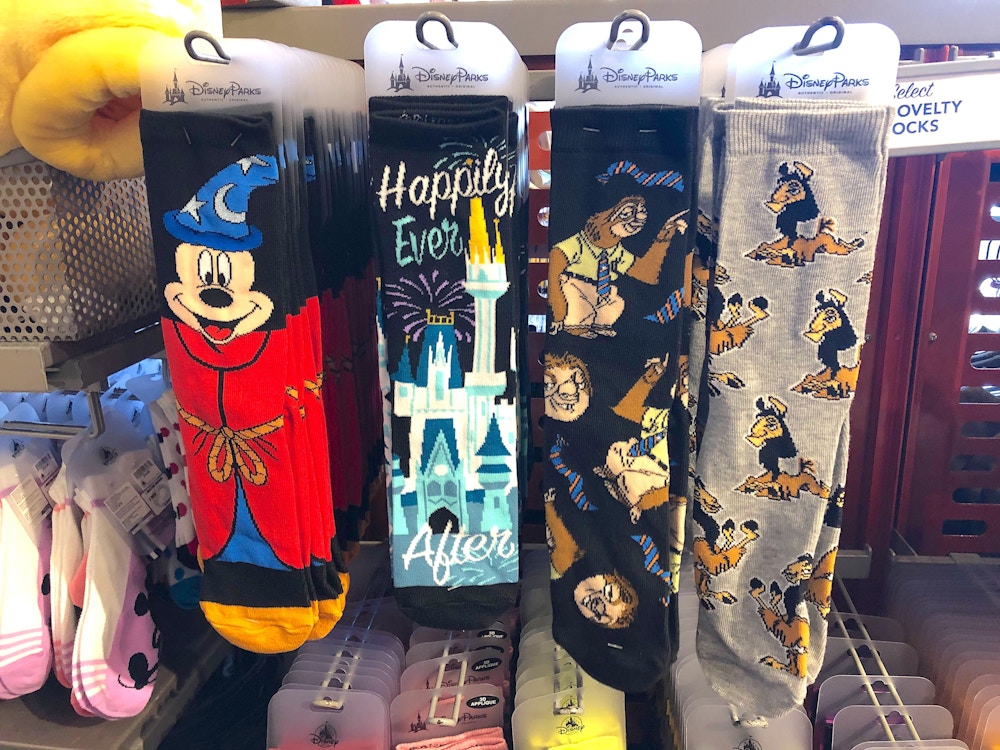 There are four styles of socks: Sorcerer Mickey, Cinderella Castle, “The Emperor’s New Groove” and “Zootopia”. 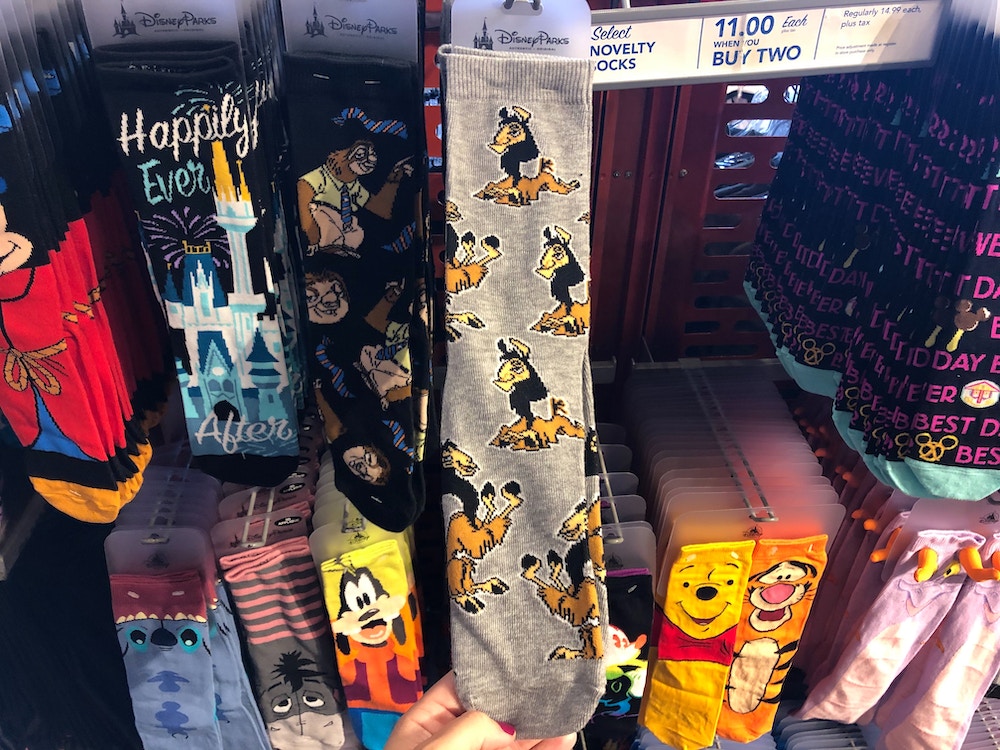 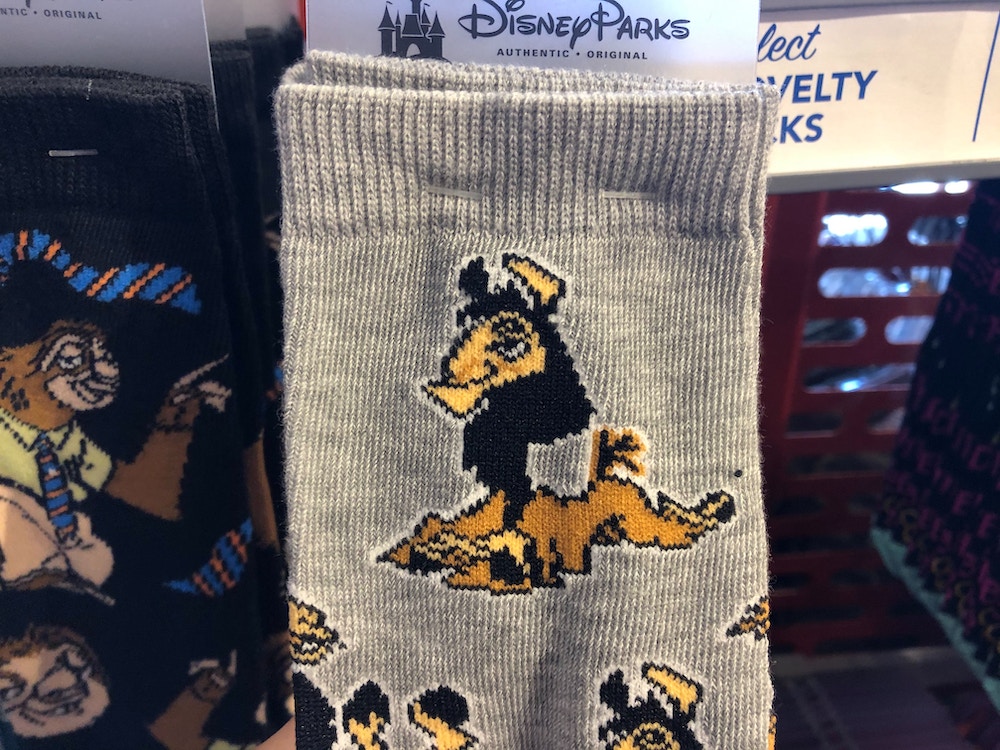 Let’s start with my favorite pair: gray socks with Emperor Kuzco from “The Emperor’s New Groove” in his llama form. Even though he has a long way to go before returning home and turning back into a human, he looks like he doesn’t have a care in the world. 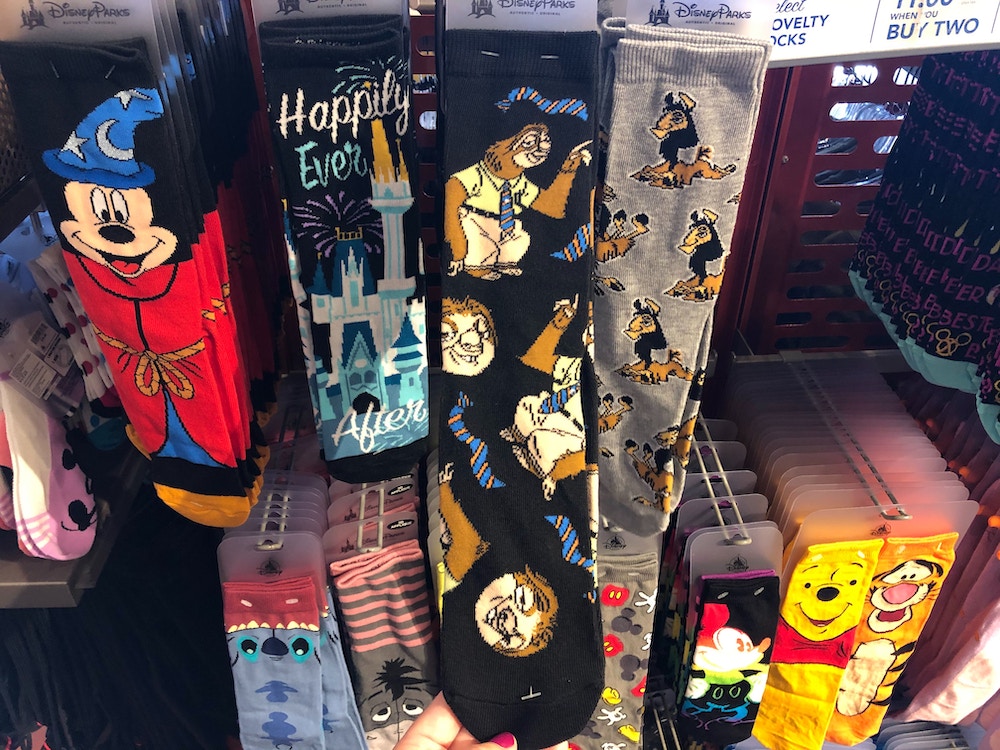 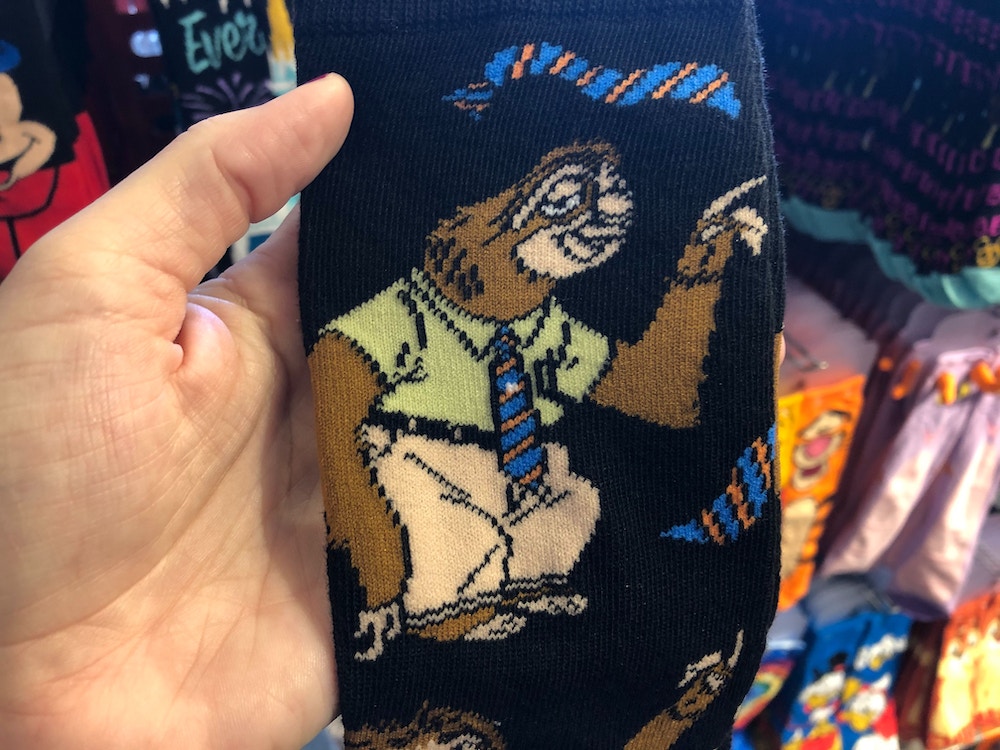 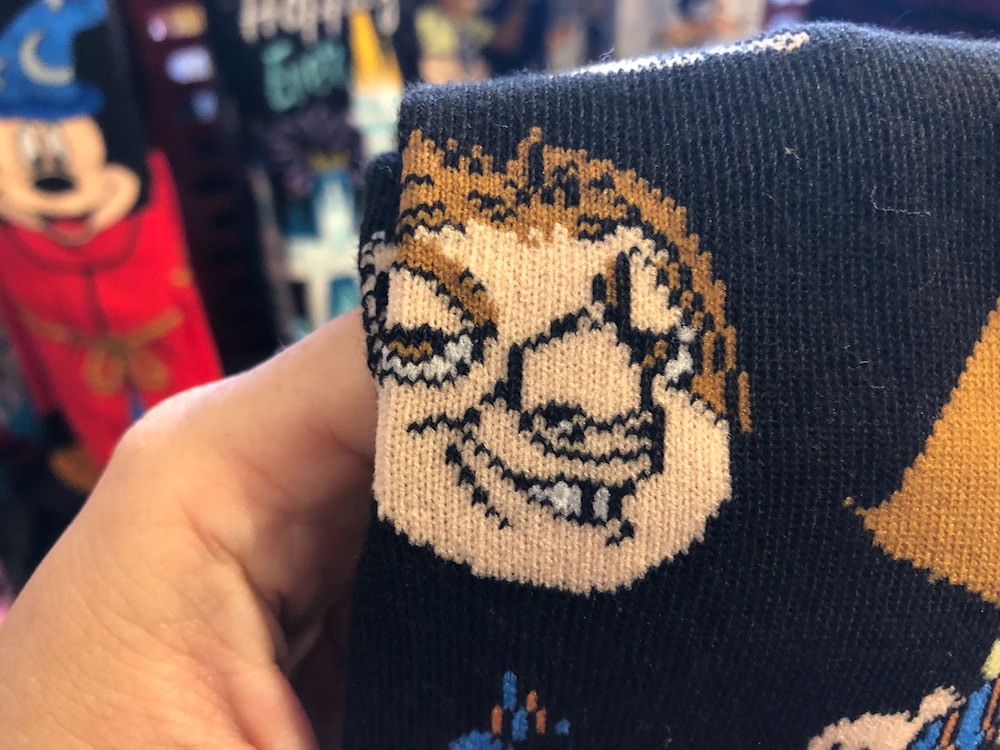 Next is Flash, the Sloth from “Zooptopia.” 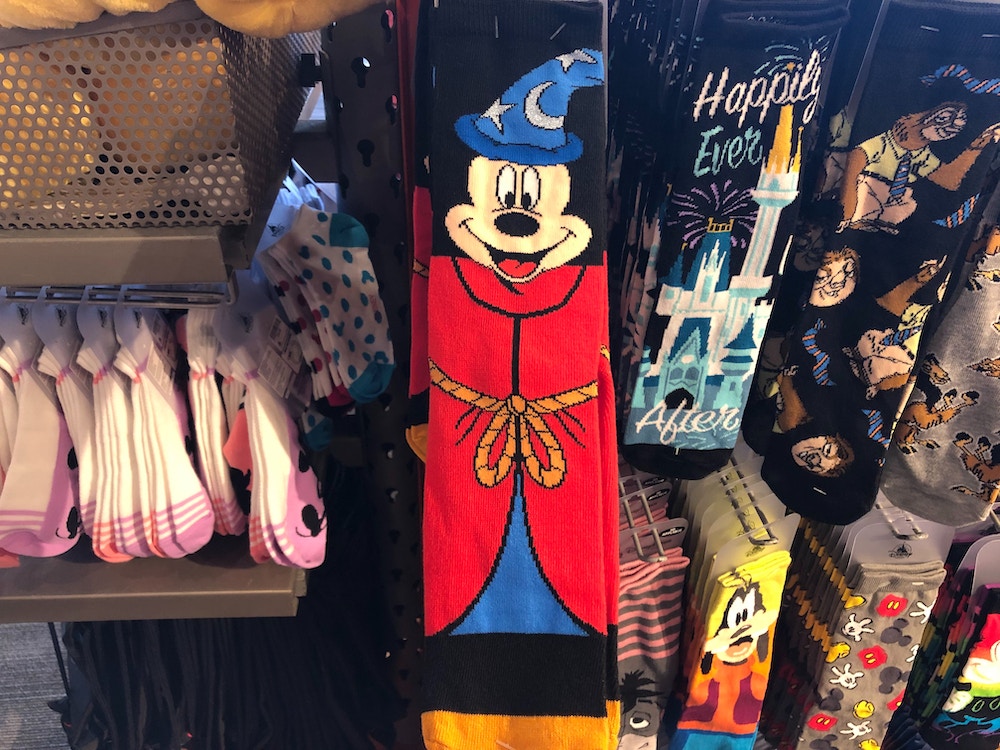 Next, we see Sorcerer Mickey from “Fantasia” taking up some space on this darker pair of socks. 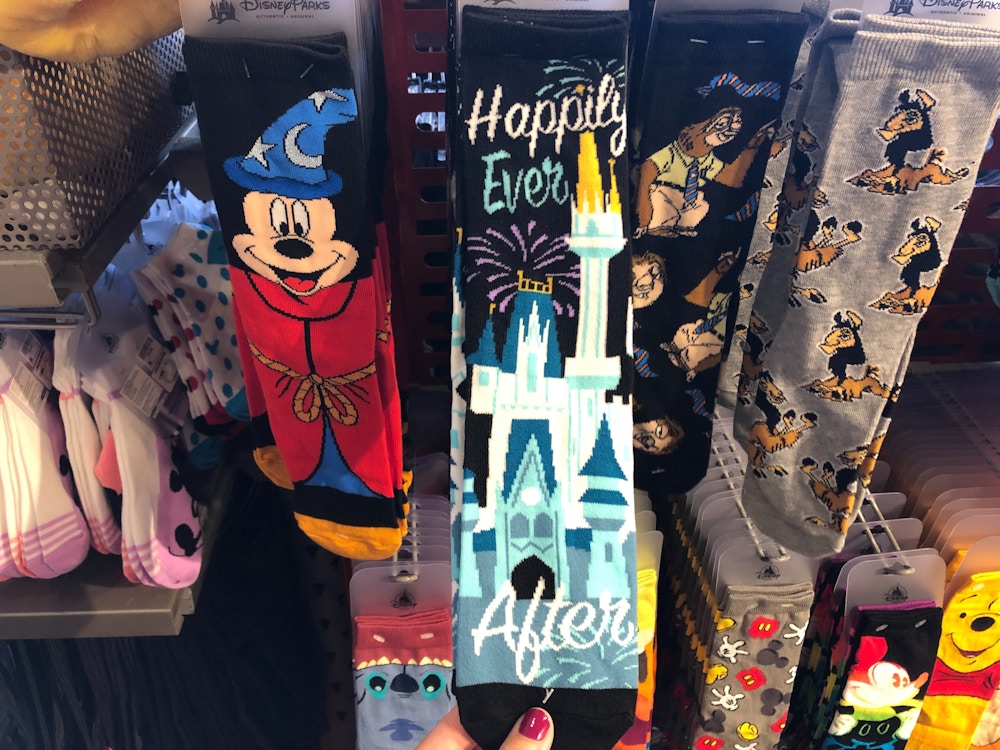 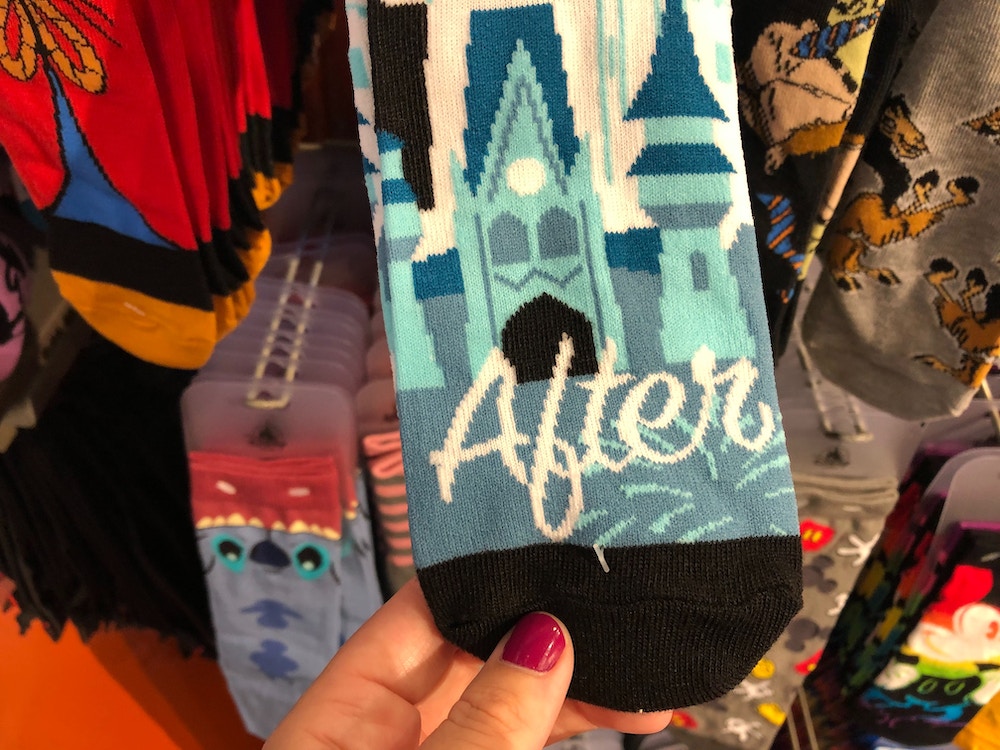 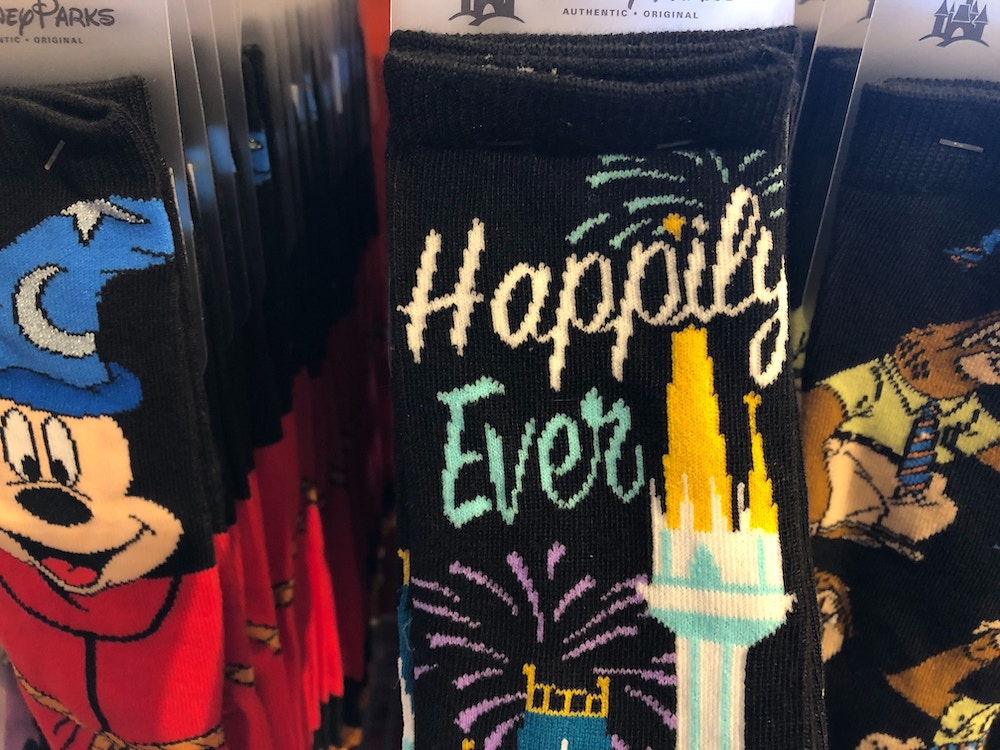 The final new pair we spotted shows Magic Kingdom’s Cinderella Castle. Fireworks are in full swing, and the text says “Happily Ever After.”

Which set would you pick to cozy up your feet?