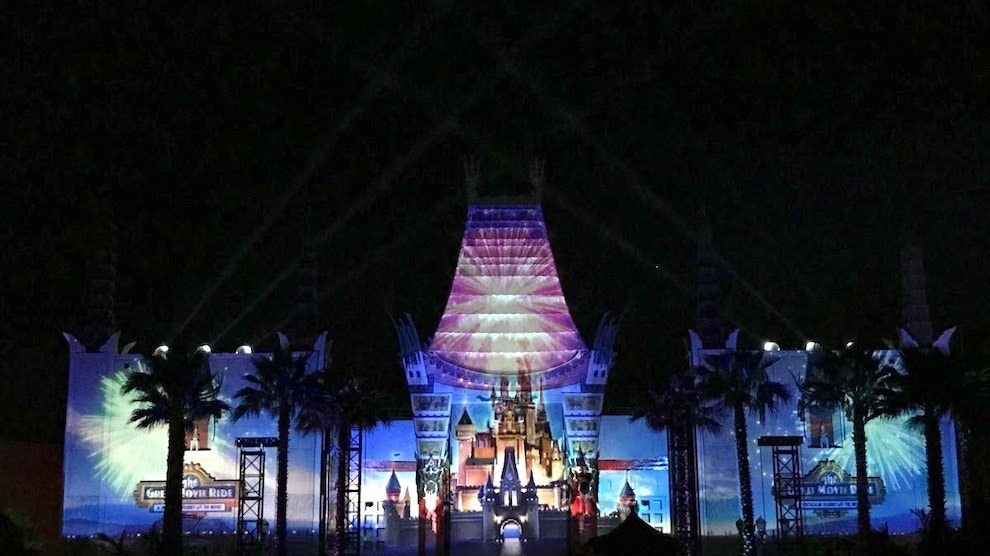 Guests visiting Disney’s Hollywood Studios in March will get the chance to see the “Disney Movie Magic” projection show on select nights.

The show debuted back in 2017, and while it does not feature fireworks, the show includes Walt Disney and a jaunt through the history of live action films from his studio.

This nighttime offering will officially return on March 13, 2020. The current “Wonderful World of Animation” show will run nightly through March 12, 2020.

“Disney Movie Magic” will transform the iconic Grauman’s Chinese Theatre at Disney’s Hollywood Studios with special lighting and state-of-the-art projection mapping technology that will put Guests right in the middle of a celebration of Disney films.

The show features dozens of recognizable movie moments, from Disney classics like “Mary Poppins” to contemporary blockbusters such as “Pirates of the Caribbean,” the Indiana Jones adventures and “Guardians of the Galaxy Vol. 2.” Each high-energy show spans a variety of different genres including musicals, romance, comedy, classics, fantasy, sci-fi, and adventure.

Can’t make it out to Disney’s Hollywood Studios soon enough? You can check out the full “Disney Movie Magic” show in the video below:

Is stitch returning too?

Is this in addition to starwars galactic spectacular? I can’t find it on disney’s entertainment schedule