We noticed the other day that decorative pieces had been installed in front of the new entrance walls in Tomorrowland at Disneyland. Today, however, it was discovered these decorative pieces were simply planters as green foliage was planted on the south side of the entrance. 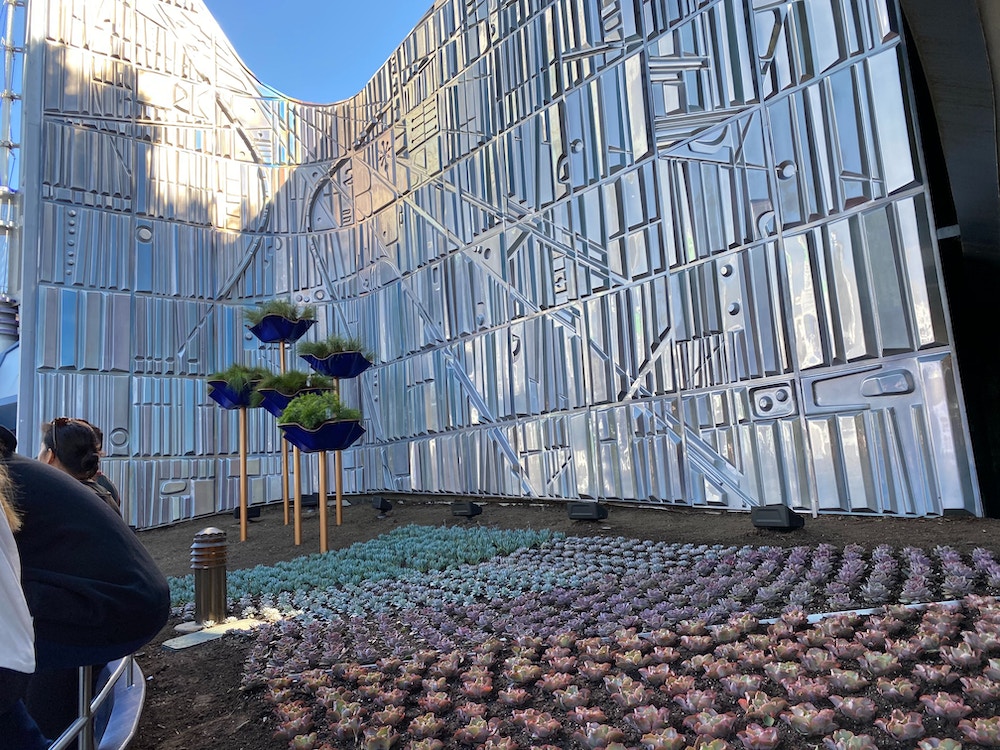 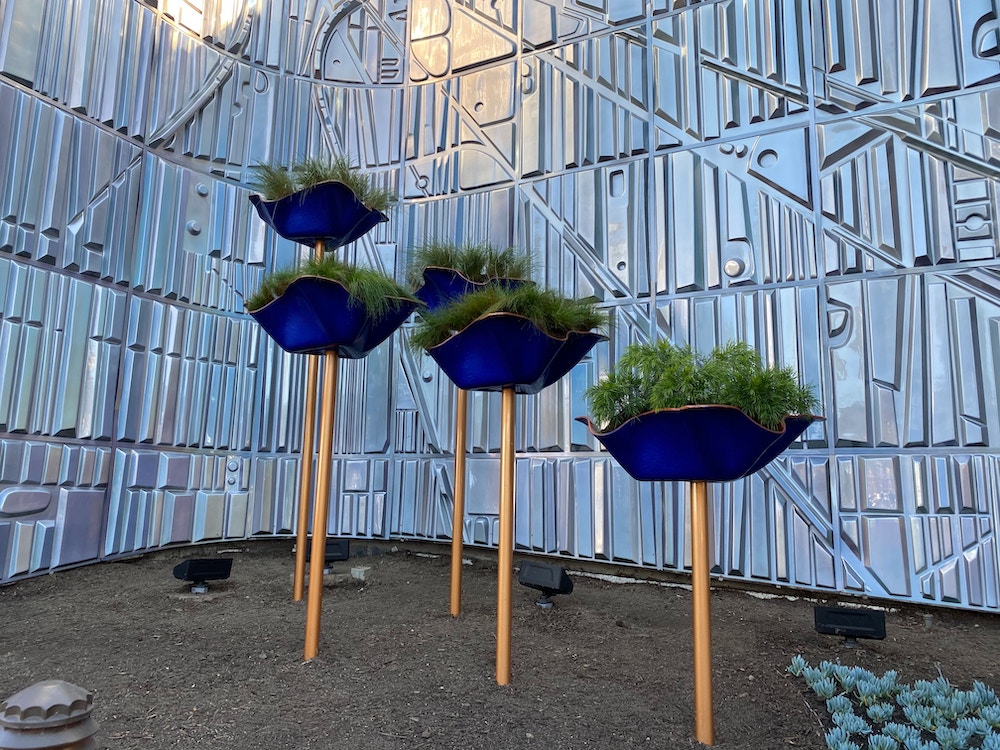 The copper-colored poles hold up the iridescent blue planters that feature green fern-like foliage. Plants on the ground stop before the planters, making these colorful and futuristic decorative pieces really pop. 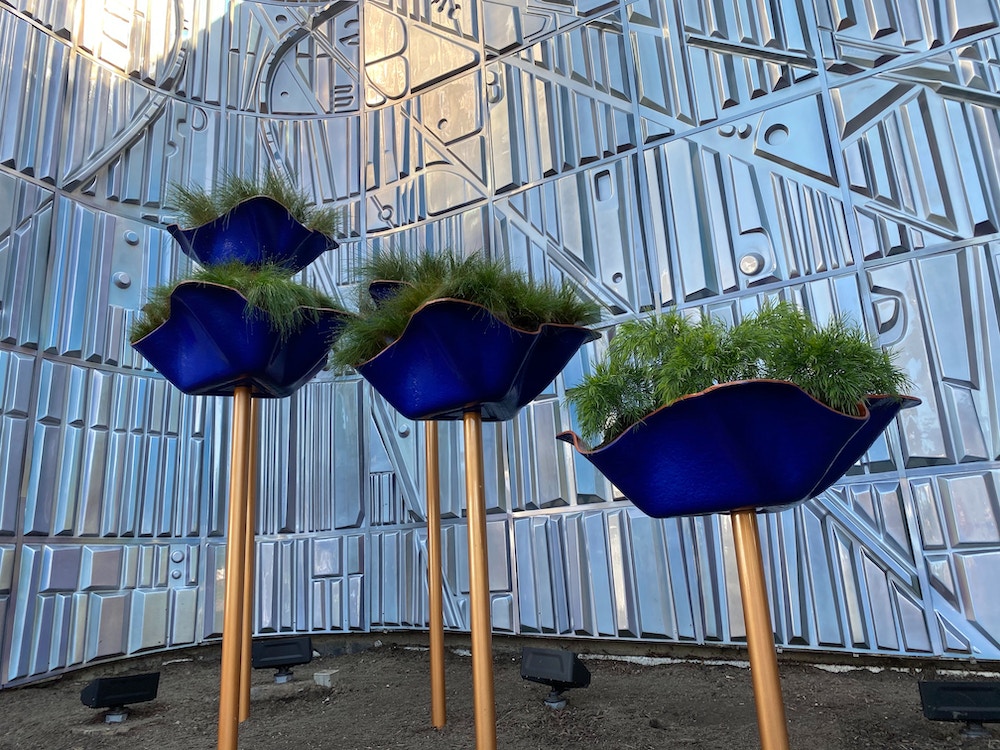 A closer look at the planters and the foliage contained in them. If you look closely at these plants and the landscaping added, you’ll notice there are some culinary herbs used. This goes hand in hand with the space agriculture theories that prevailed in early theories about space exploration and the future of food technology. 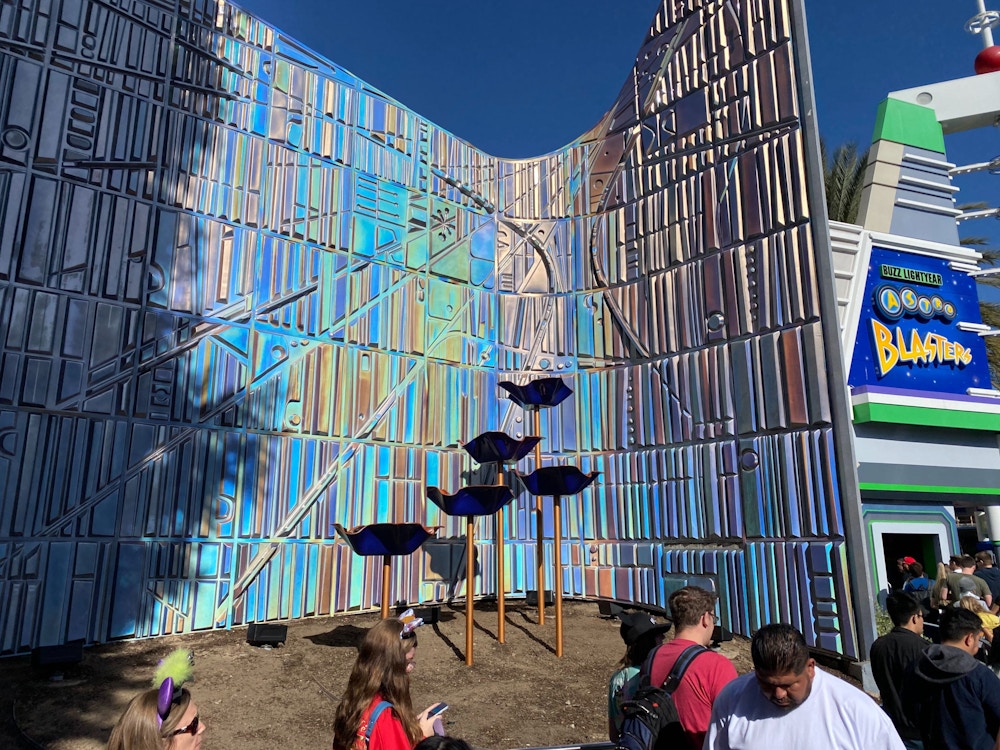 Interestingly, the planters on the north side of the entrance to Tomorrowland did not yet have plants in them. 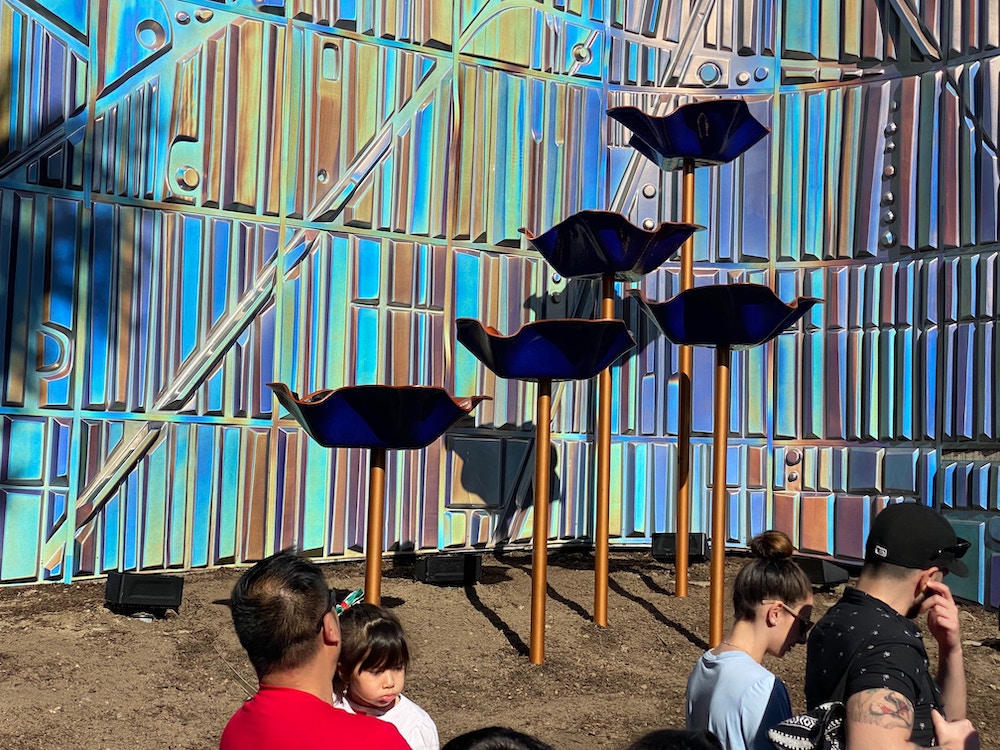 We would expect this side to get foliage soon and for the ground to be finished up now that the planters are nearing completion.

These planters are smaller versions of the original decorative pieces that used to stand in the same spot, installed during the 1967 Tomorrowland remodel. However, those decorative pieces, despite looking similar, started out as fountains rather than planters.

Stay tuned to WDWNT as we update you on all the work being done to enhance the entrance of Tomorrowland at Disneyland Park.