Pin Central, one of the most iconic and unique shopping locations in Walt Disney World, permanently closed after its last day of operation on February 15, 2020. The island-like store, which was situated in the heart of Future World in EPCOT, closed to make way for additional development of “World Celebration” — which has already claimed much of Innoventions West. 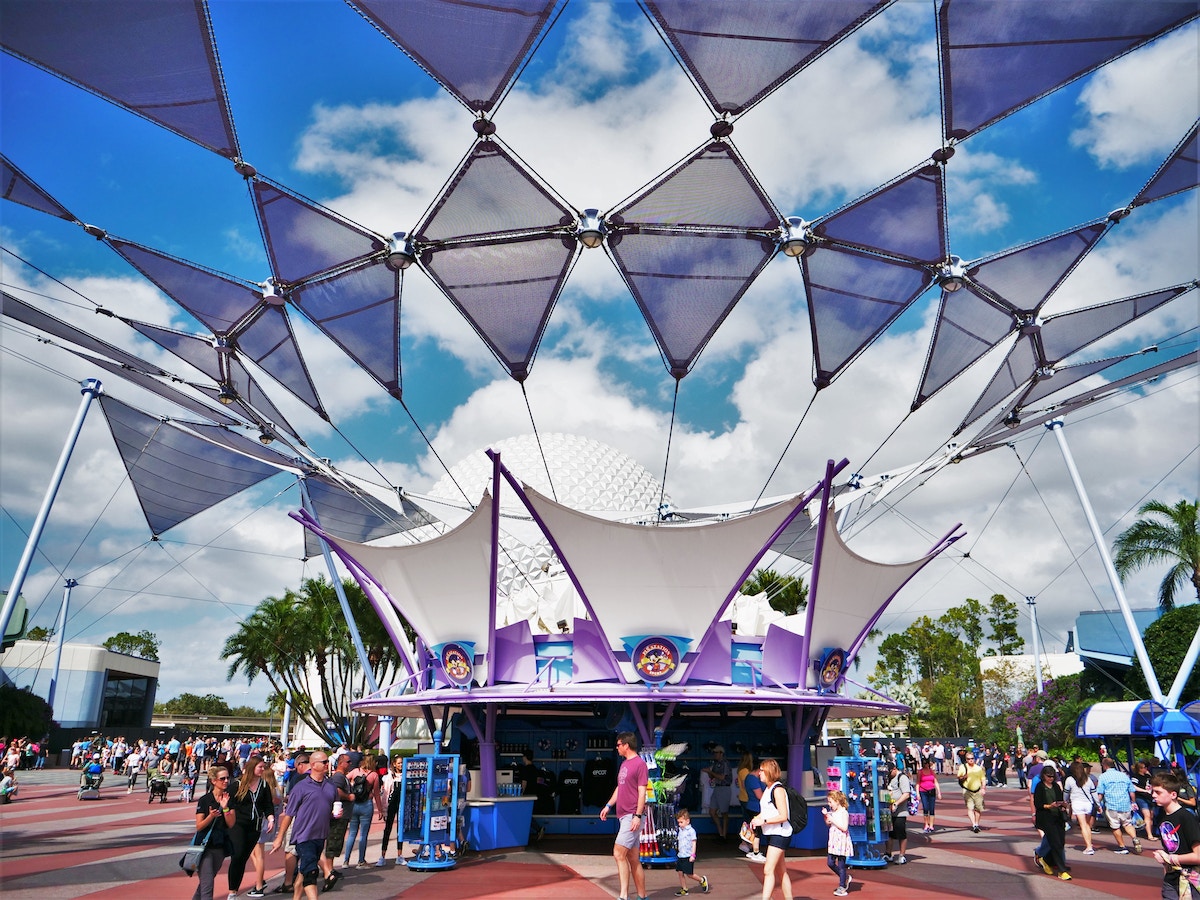 In many ways, Pin Central was more than just a store. The canopy structure that extends in all directions from the top of the building is one of the most unmistakable elements of Future World, and perhaps EPCOT as a whole. 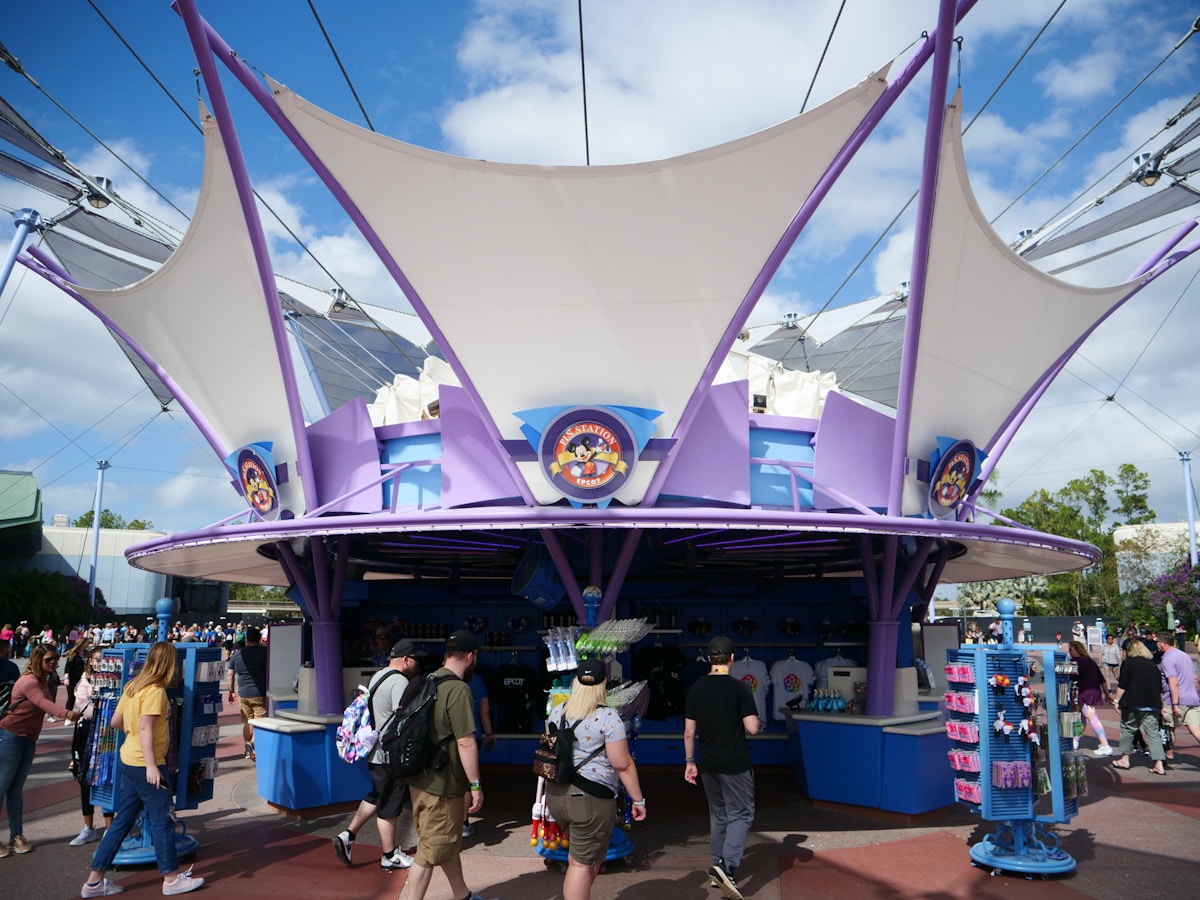 While the canopy design is more visually impressive than functional, any help blocking the intense Florida sun is welcome. 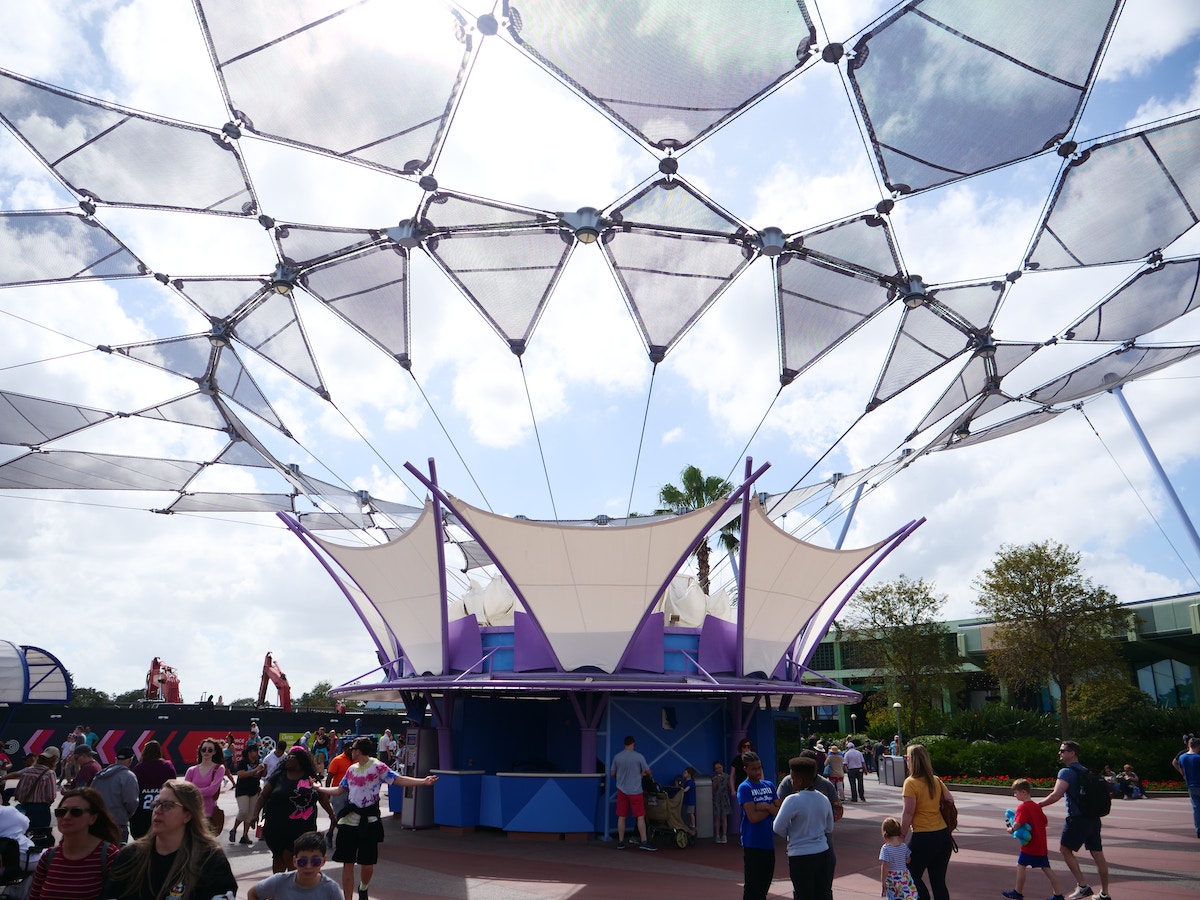 As mentioned earlier, the store was an island within the ocean of pavement surrounding it. 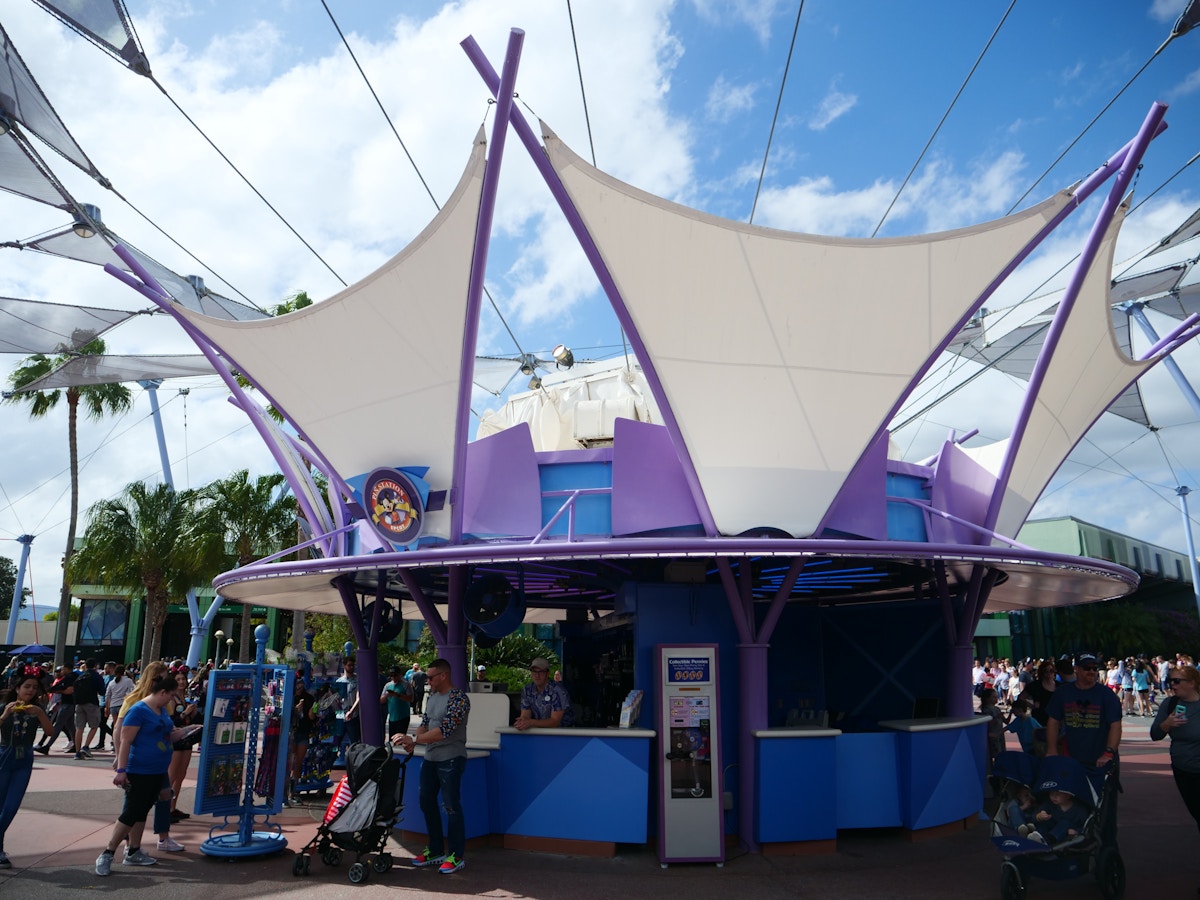 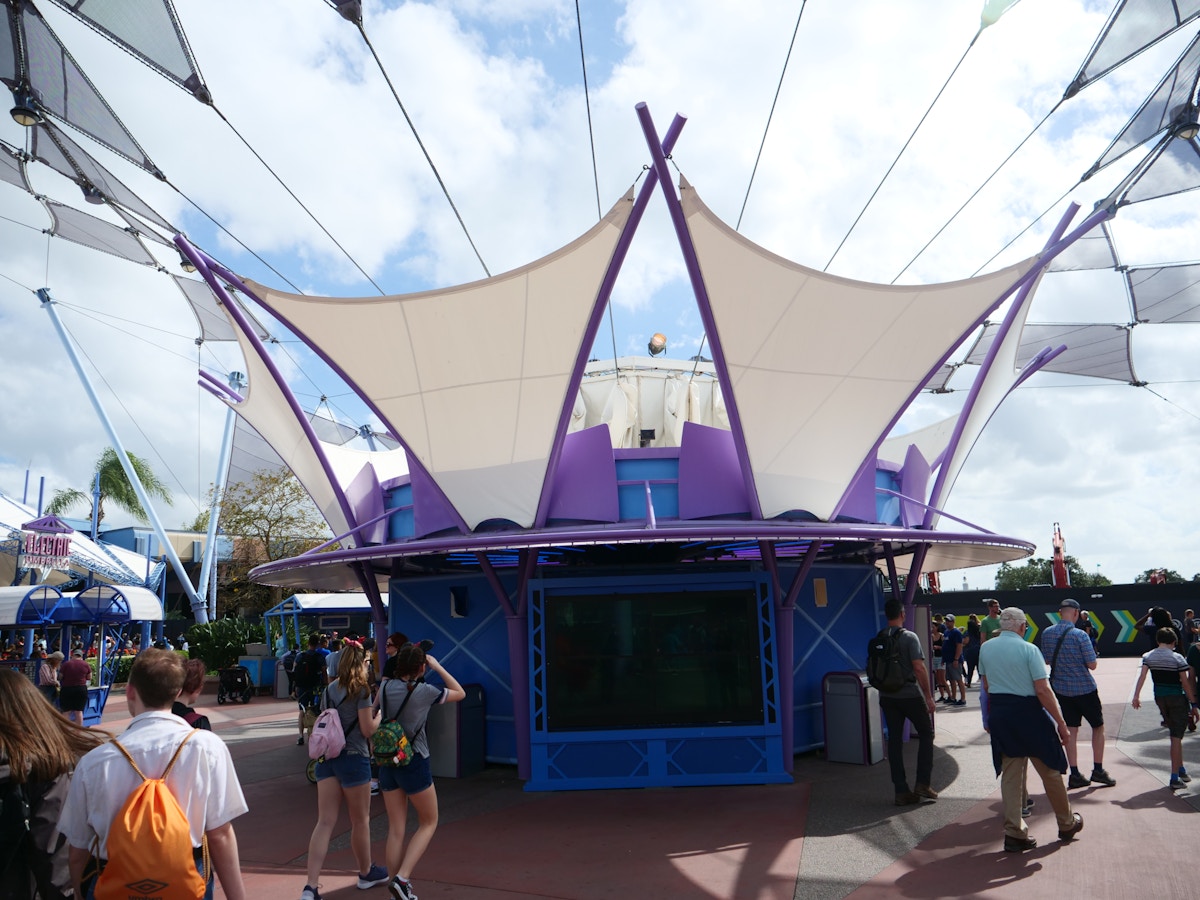 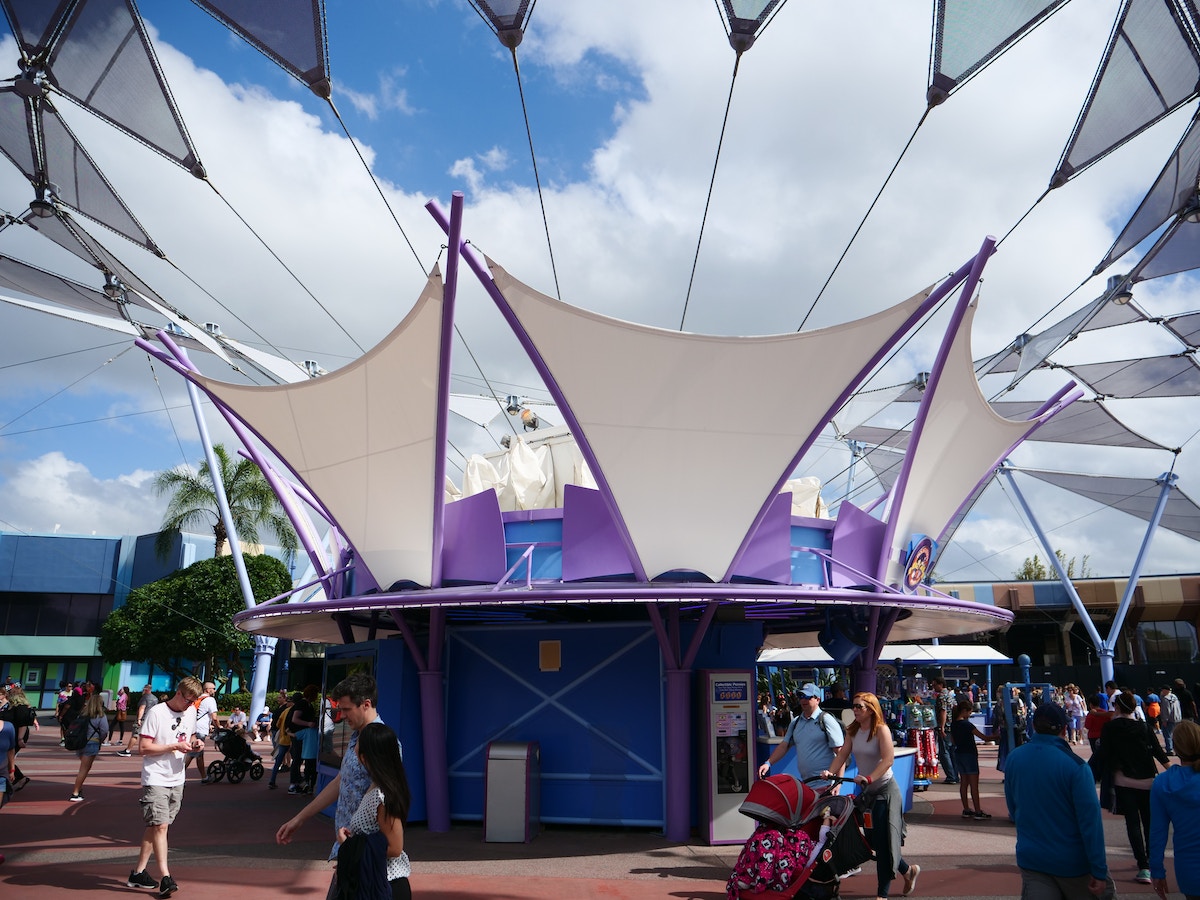 Pin Central also offered a digital times guide and two pressed penny machines, one on the east side of the building and one on the west. 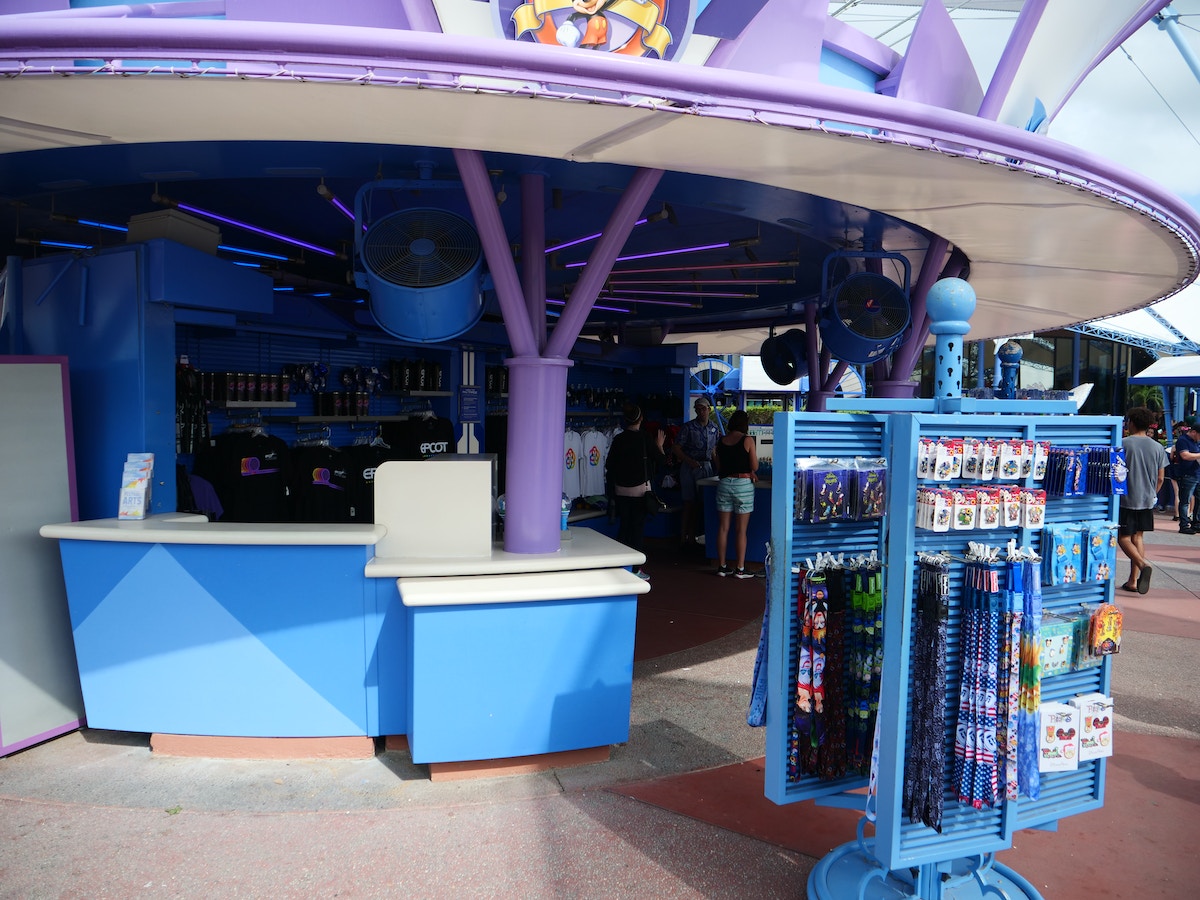 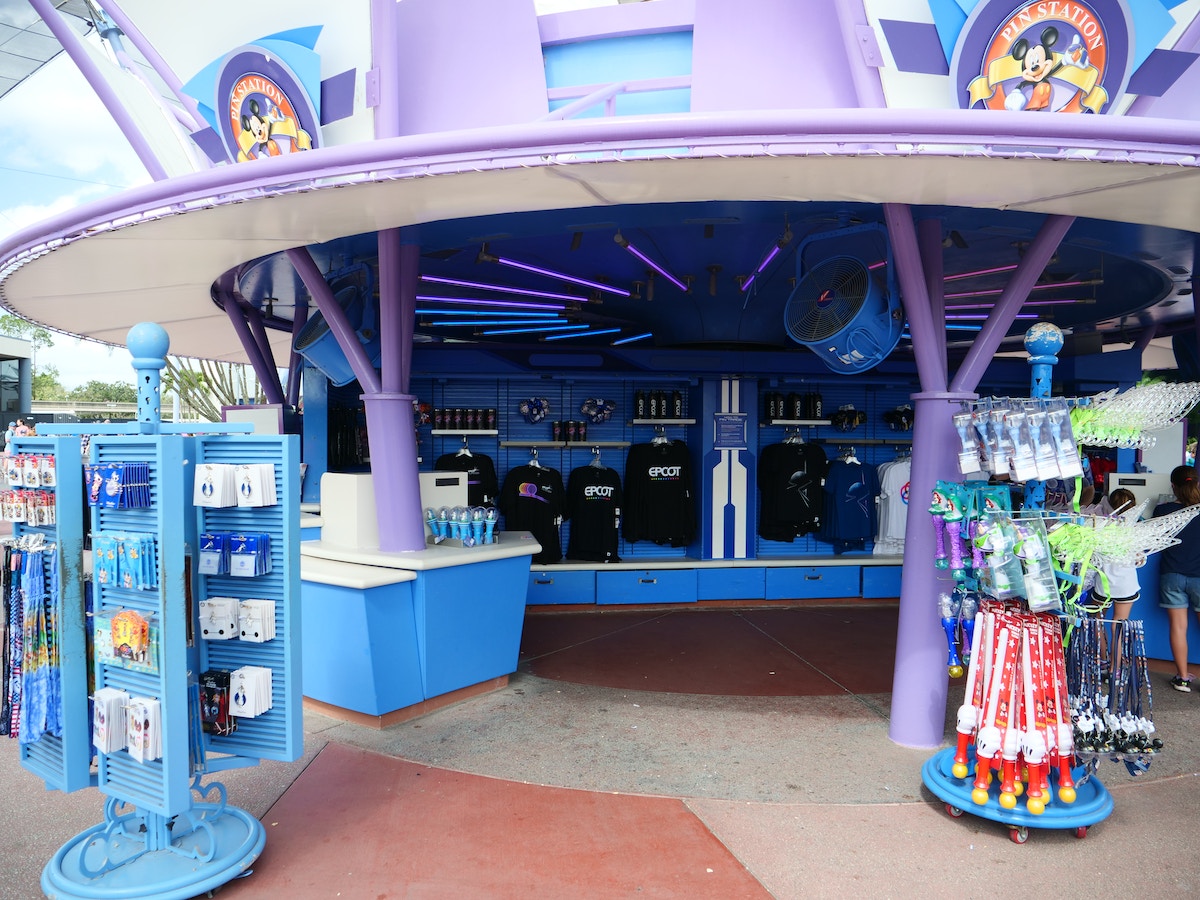 In its final days, the store mainly features EPCOT-branded merchandise, though in the past Pin Central was (as its name might suggest) a literal hub for pins and pin trading. 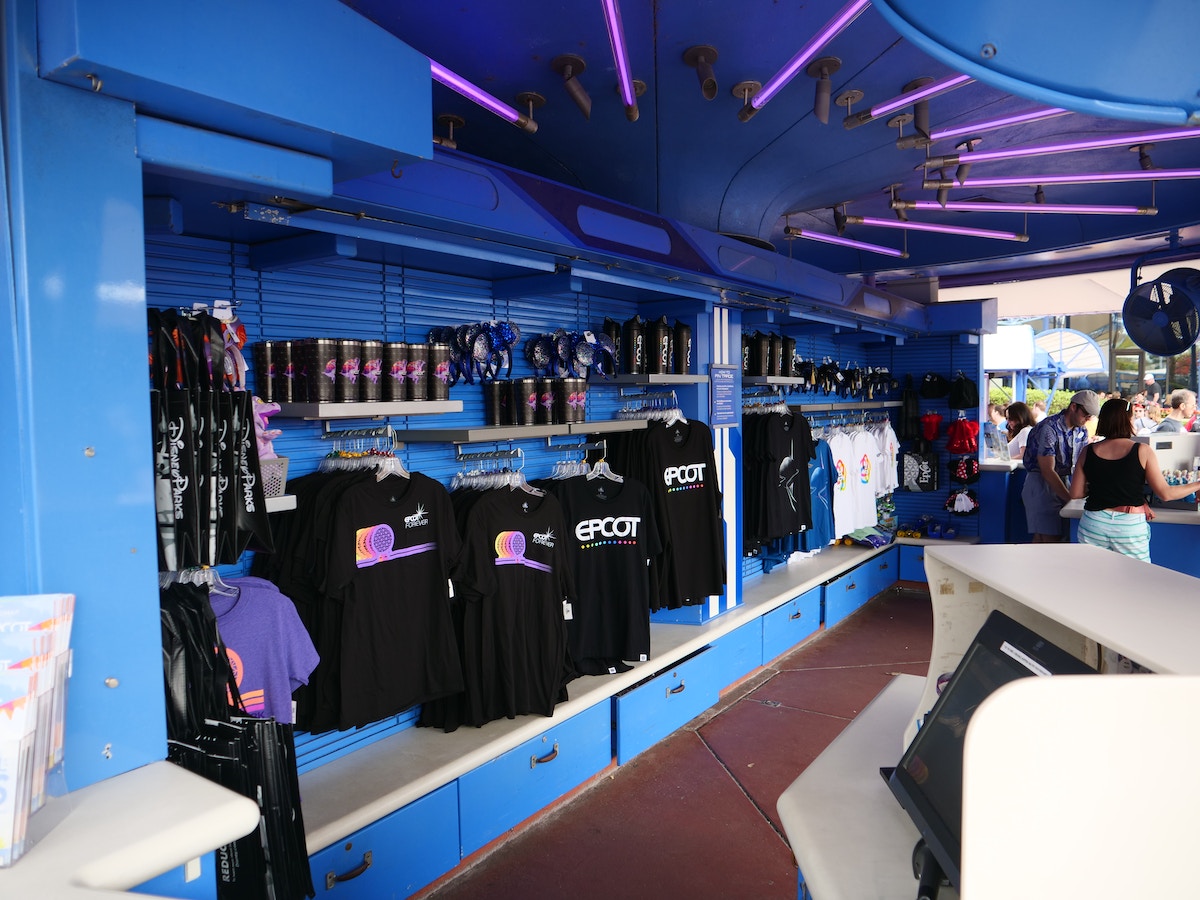 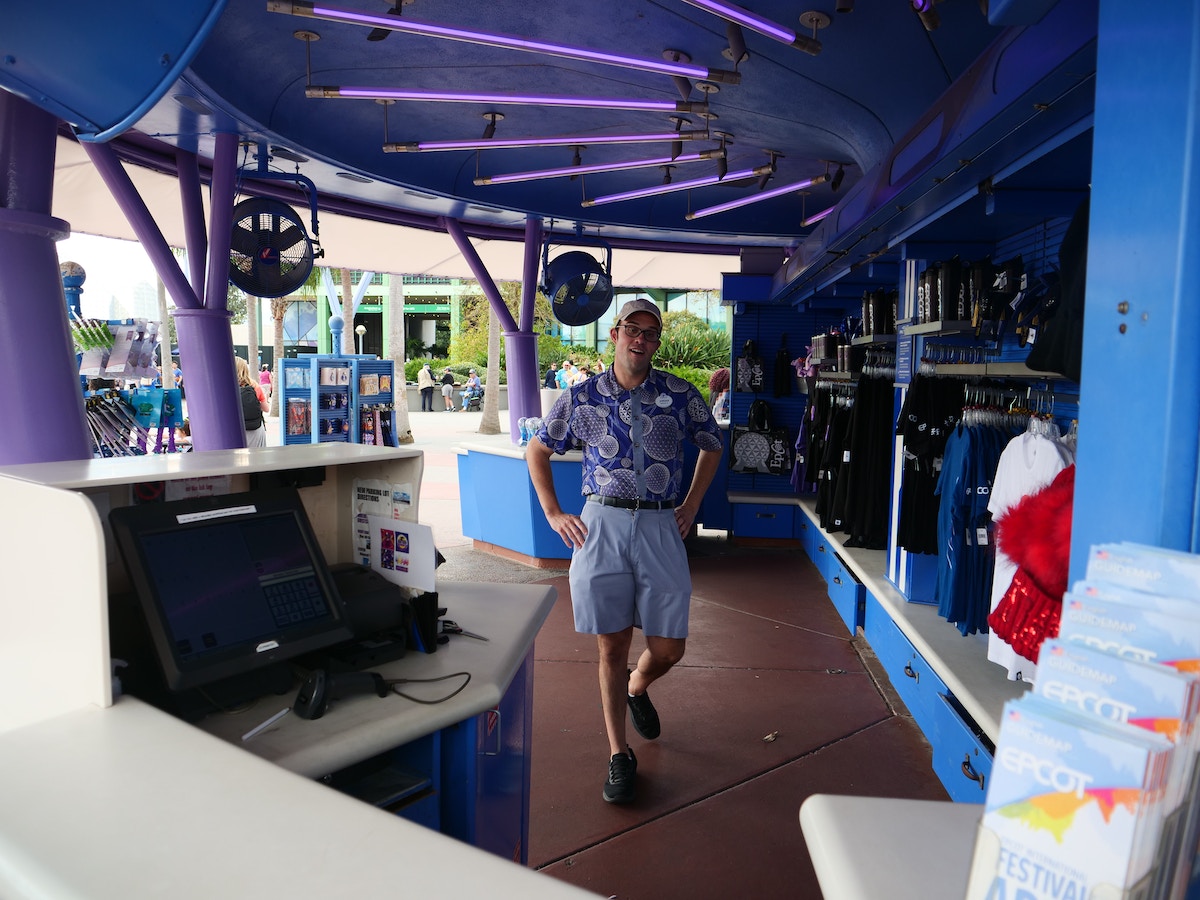 The wonderful design of the outlet is not limited to its exterior. Purple neon lights adorn the ceiling, adding to its unusual look and making it that much more fitting in Future World. 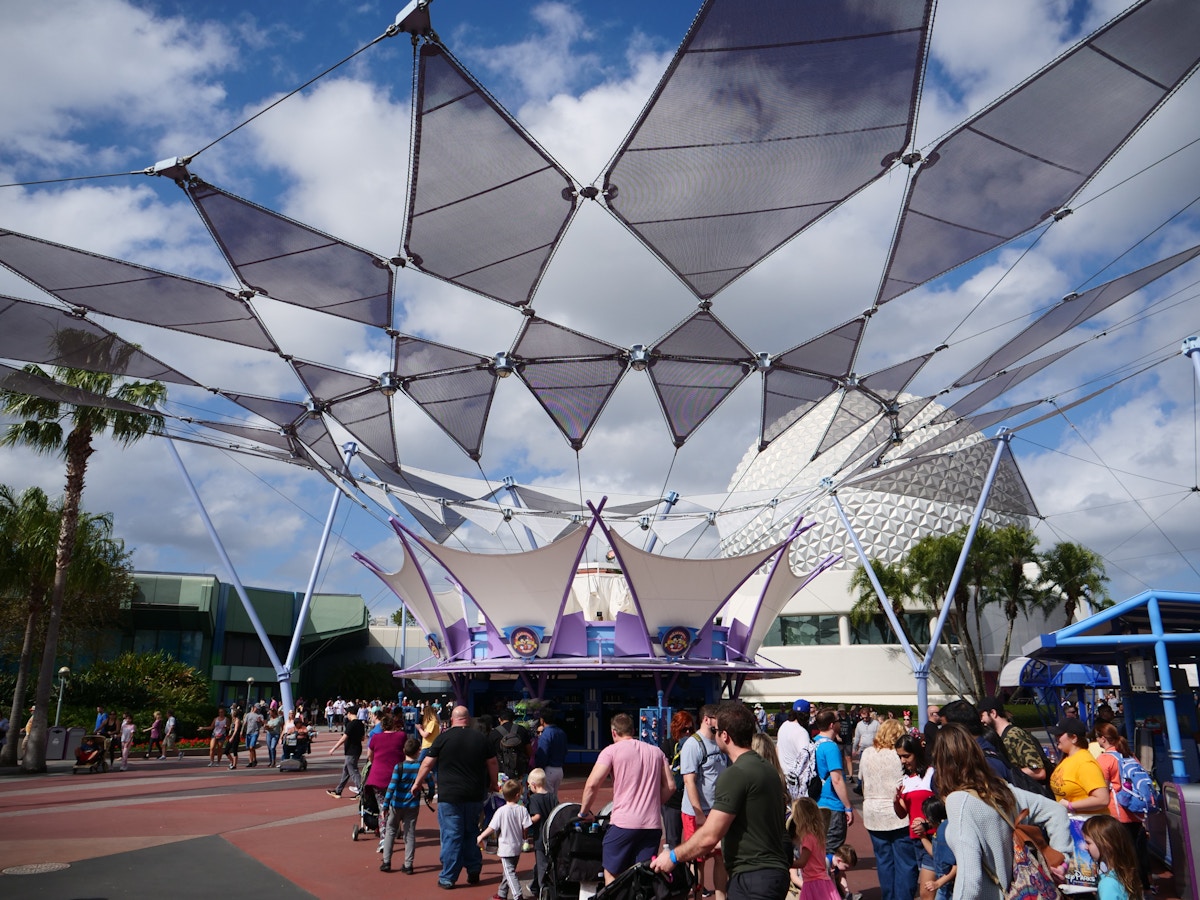 You can check out our full YouTube video below with a walk in and around the store:

Pin Central is one of the few remaining symbols of what has quickly become a bygone era in EPCOT’s storied past, so we hope to see the store — or at least its spirit — re-imagined and brought back to life in the next iteration of the park.

Do you have any fond memories of Pin Central? Were you able to visit it before its last day? Let us know in the comments!

Next
PHOTOS, VIDEO: Neon and Talking Trash Cans – One Final Tour of the Electric Umbrella in Future World at EPCOT