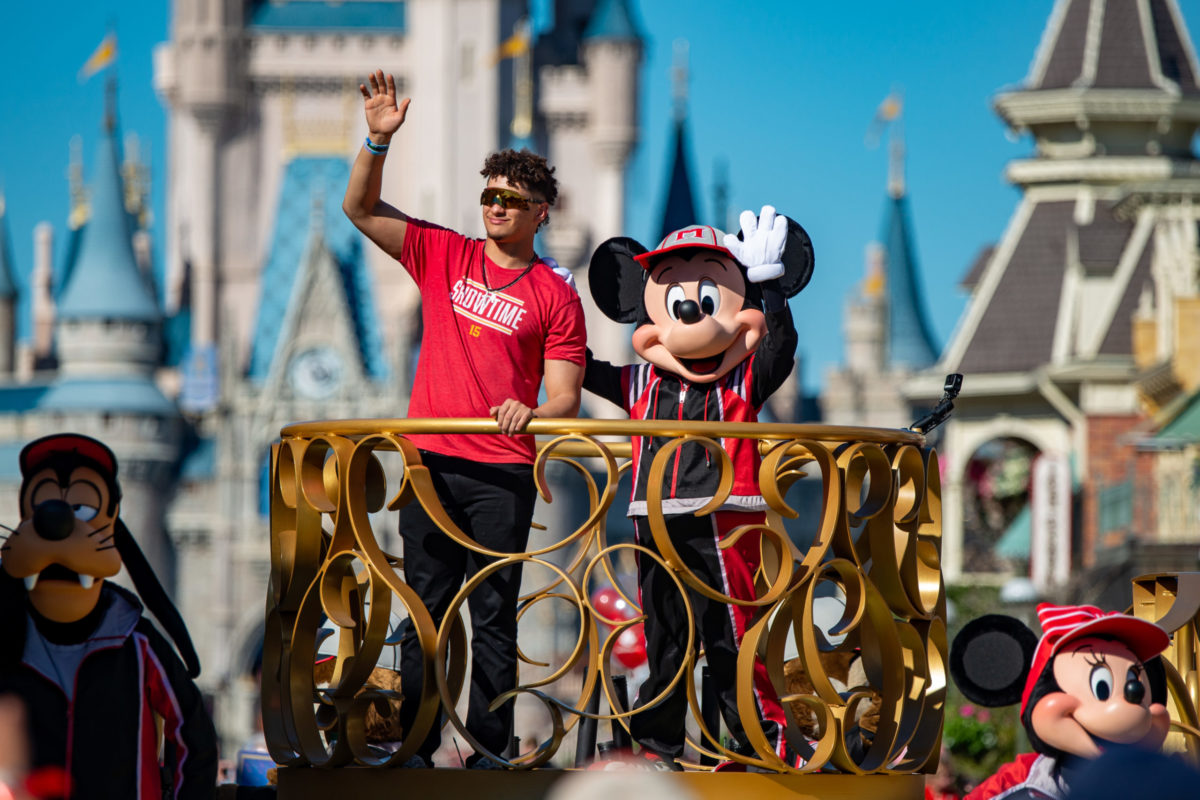 With cheers and confetti still filling the air following the Kansas City Chiefs’ long-awaited victory Sunday in Super Bowl LIV, the game’s Most Valuable Player, Patrick Mahomes, shouted that famous phrase that has become an iconic moment of every Super Bowl: “I’m going to Disney World!” 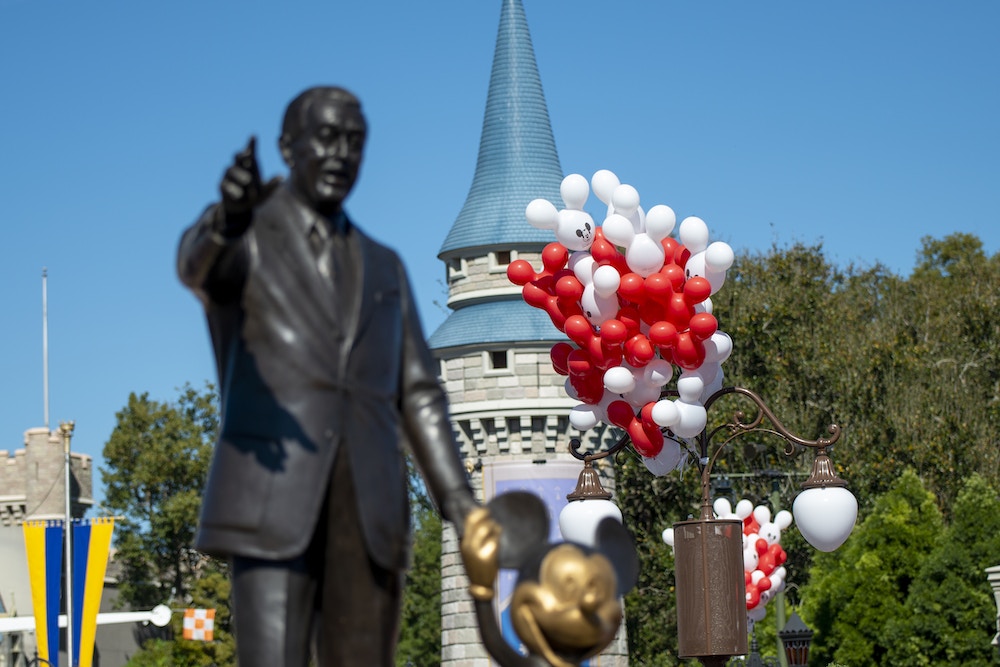 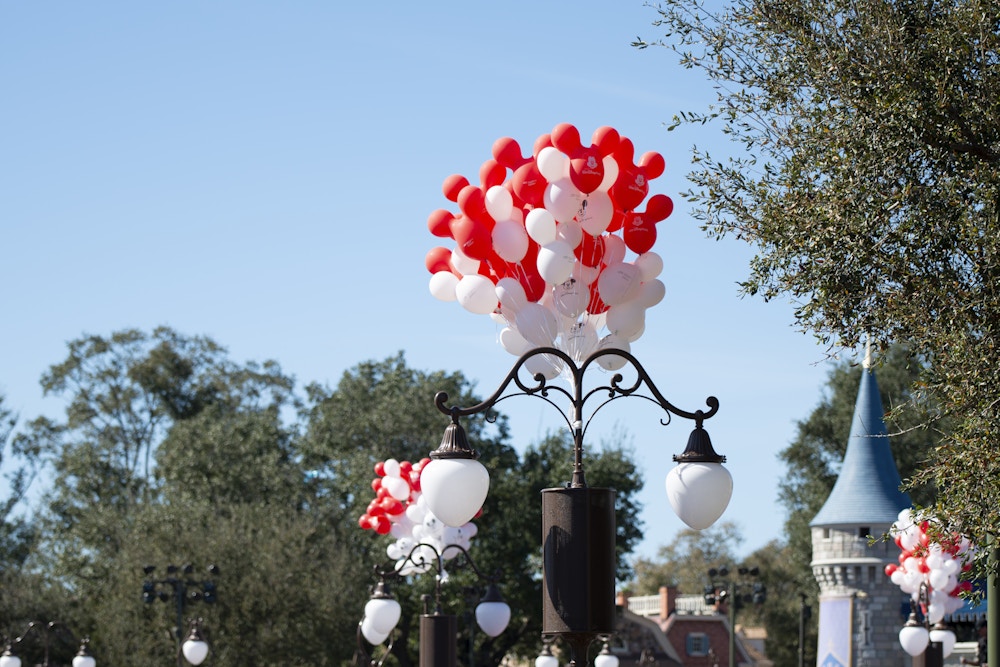 The hub around Cinderella’s castle was all decked out in red and white balloons for the festivities. 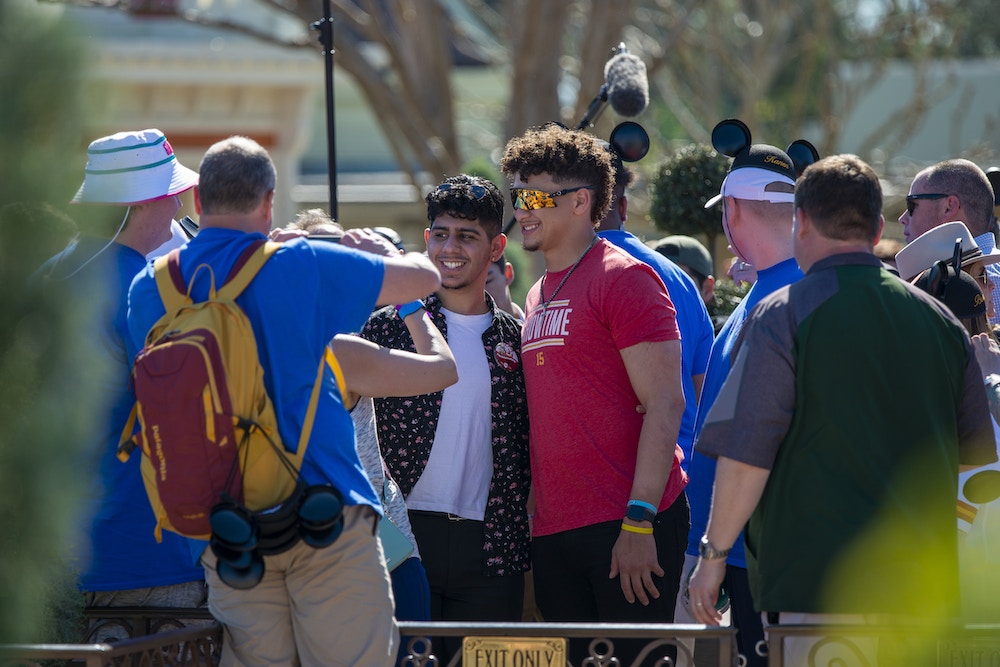 Before the parade, Mahomes spent time with guests from the Make A Wish Foundation. 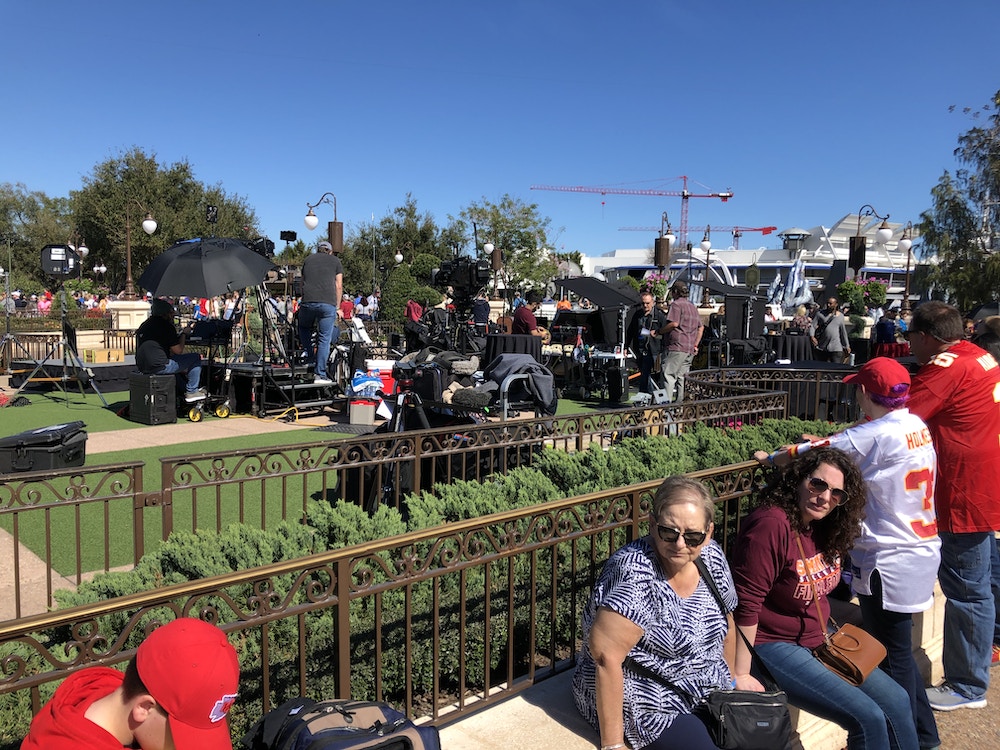 Film crews were set up for the live stream on the Disney Parks Blog. 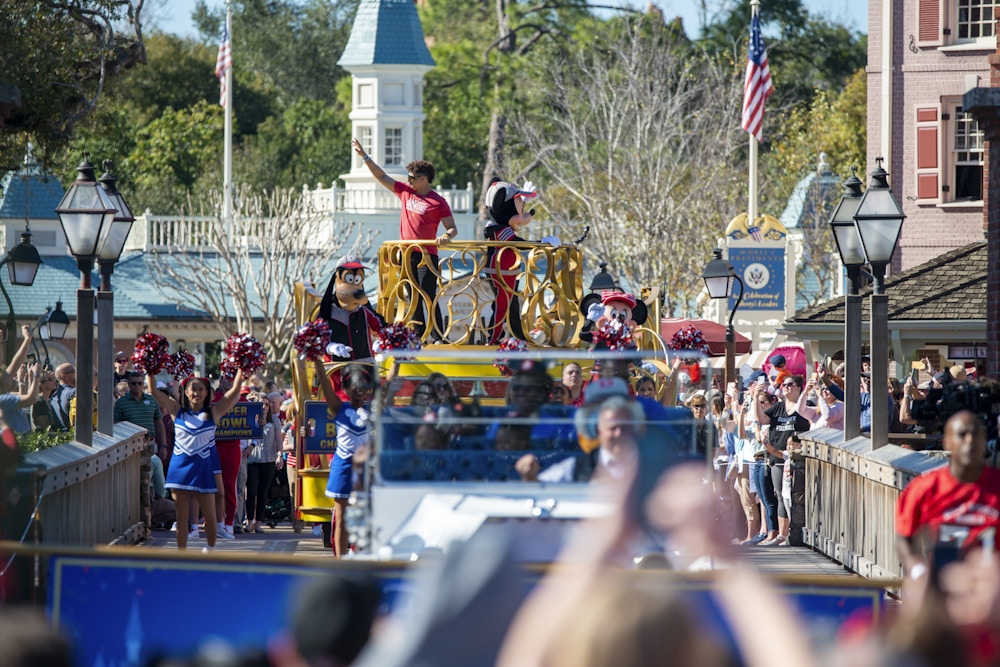 Once the parade rounded the corner by Liberty Square, the energy rose quickly among the crowd.

Mahomes was a fan favorite as Chiefs fans packed the parade route. 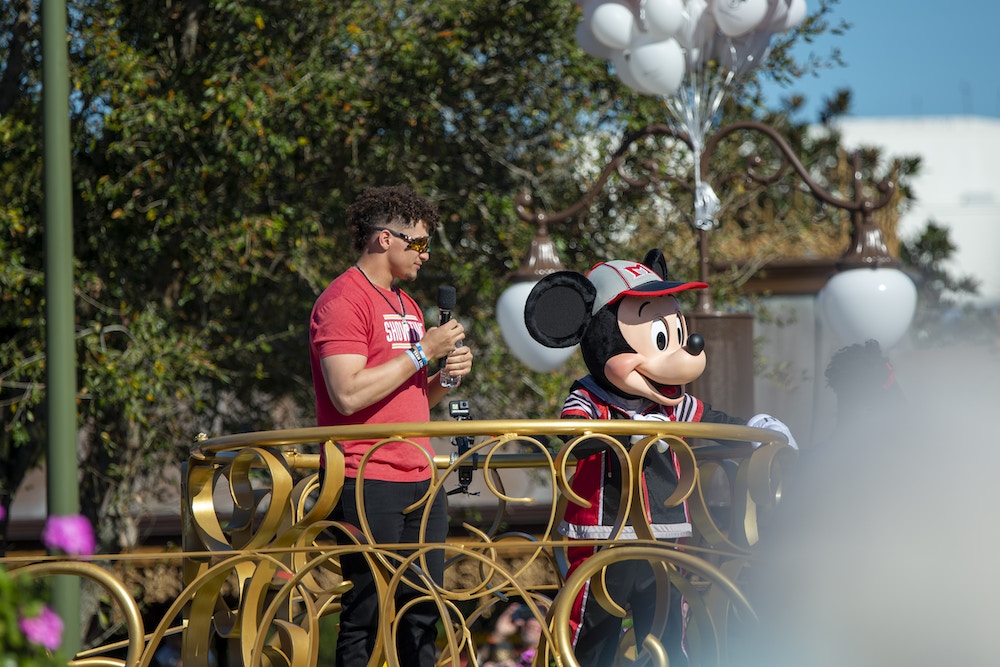 During the parade, Mahomes addressed the crowd at Magic Kingdom, thanking them for their support throughout the year. 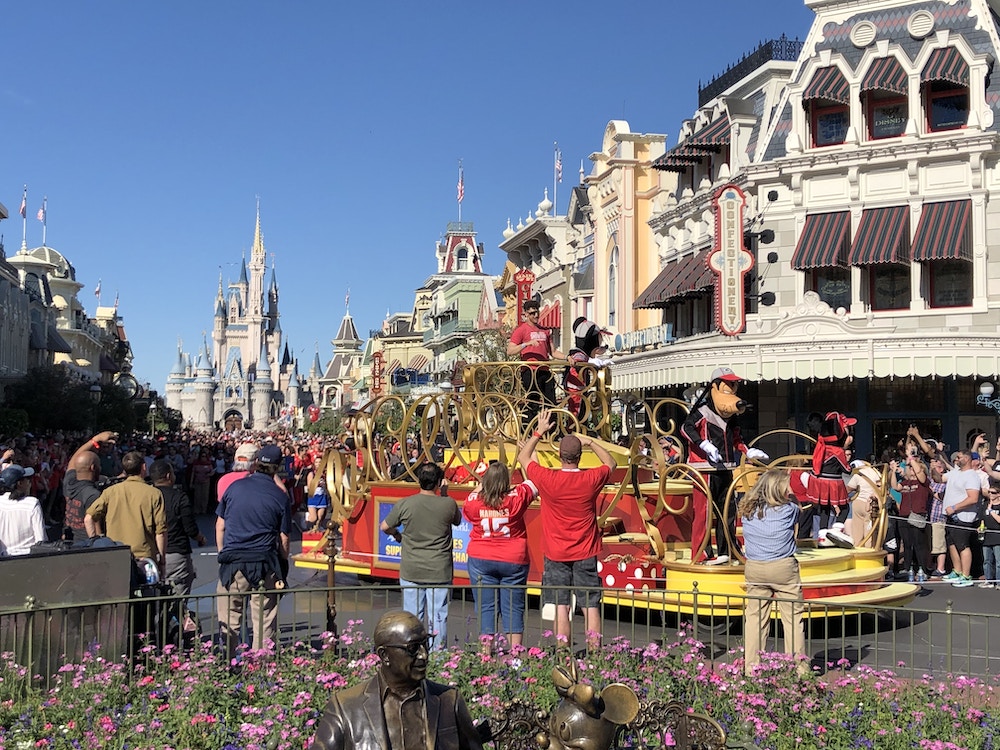 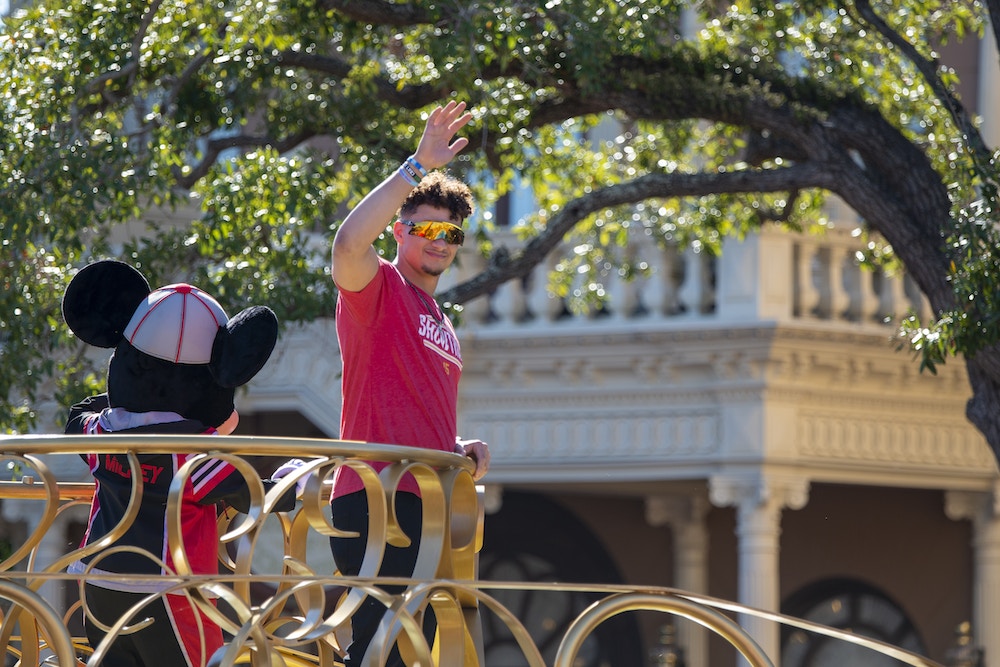 And if you couldn’t make it to Walt Disney World Resort to see it all unfold in person, then you can still catch all of the excitement below:

The celebration marks another chapter in Disney’s enduring Super Bowl campaign that began in 1987 when Disney celebrated the New York Giants’ Super Bowl win that year. 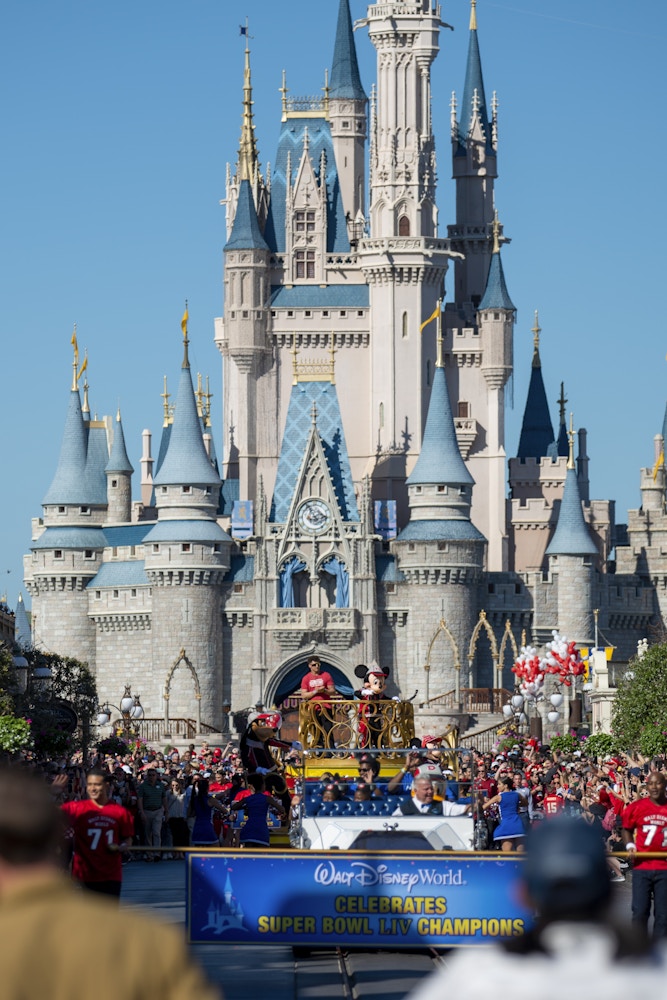 The Chiefs are celebrating their first Super Bowl in 50 years. Mahomes rallied Kansas City from a 10-point deficit in the fourth quarter to win the big game, 31-20, leading the furious comeback with two touchdown passes. He hit Travis Kelce for a 1-yard score with 6:13 remaining, then on the Chiefs’ next possession found Damien Williams out of the backfield for what would prove to be the game-clinching touchdown. Mahomes finished with 286 yards passing and two TD passes, plus 29 rushing yards and another score on the ground.

Mahomes’ performance will be part of Disney’s Super Bowl commercial that is airing on network and cable TV across the United States, as well as social media channels. His name is now added to the long list of marquee Super Bowl stars who have been a part of Disney’s long-running Super Bowl campaign.