Disney is in the process of building a better Tomorrowland with projects like TRON Lightcycle Run, the rumored Wreck-It Ralph attraction which should be under construction soon, and major aesthetic changes, but inside of the existing rides, changes are being made to improve the guest experience. You may recall the queue reconfiguration project at Buzz Lightyear’s Space Ranger Spin that began a few weeks ago. Well, some major changes have occurred since we last checked in… 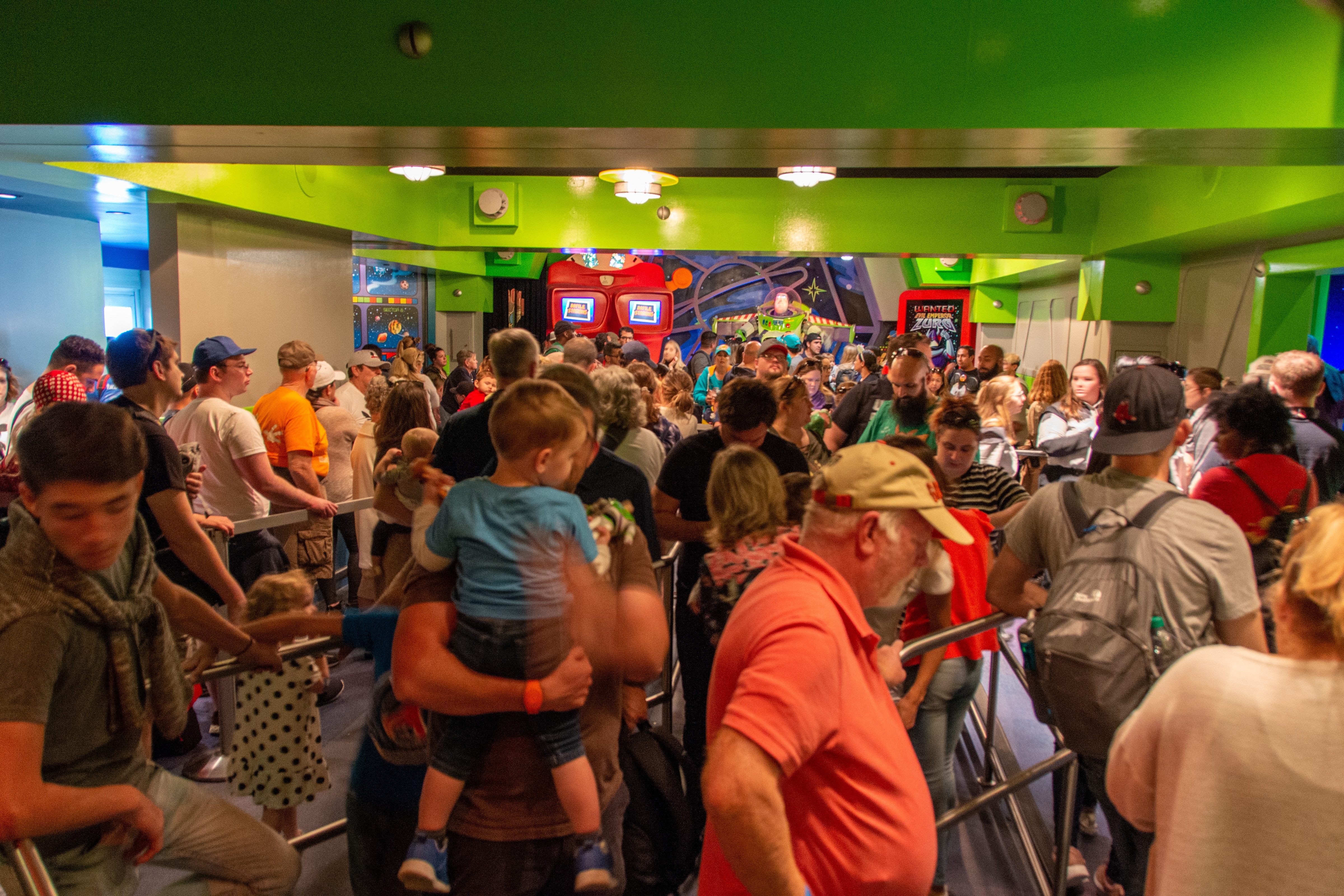 The wall blocking the FastPass merge from the standby line is long gone. This room is once again wide open. 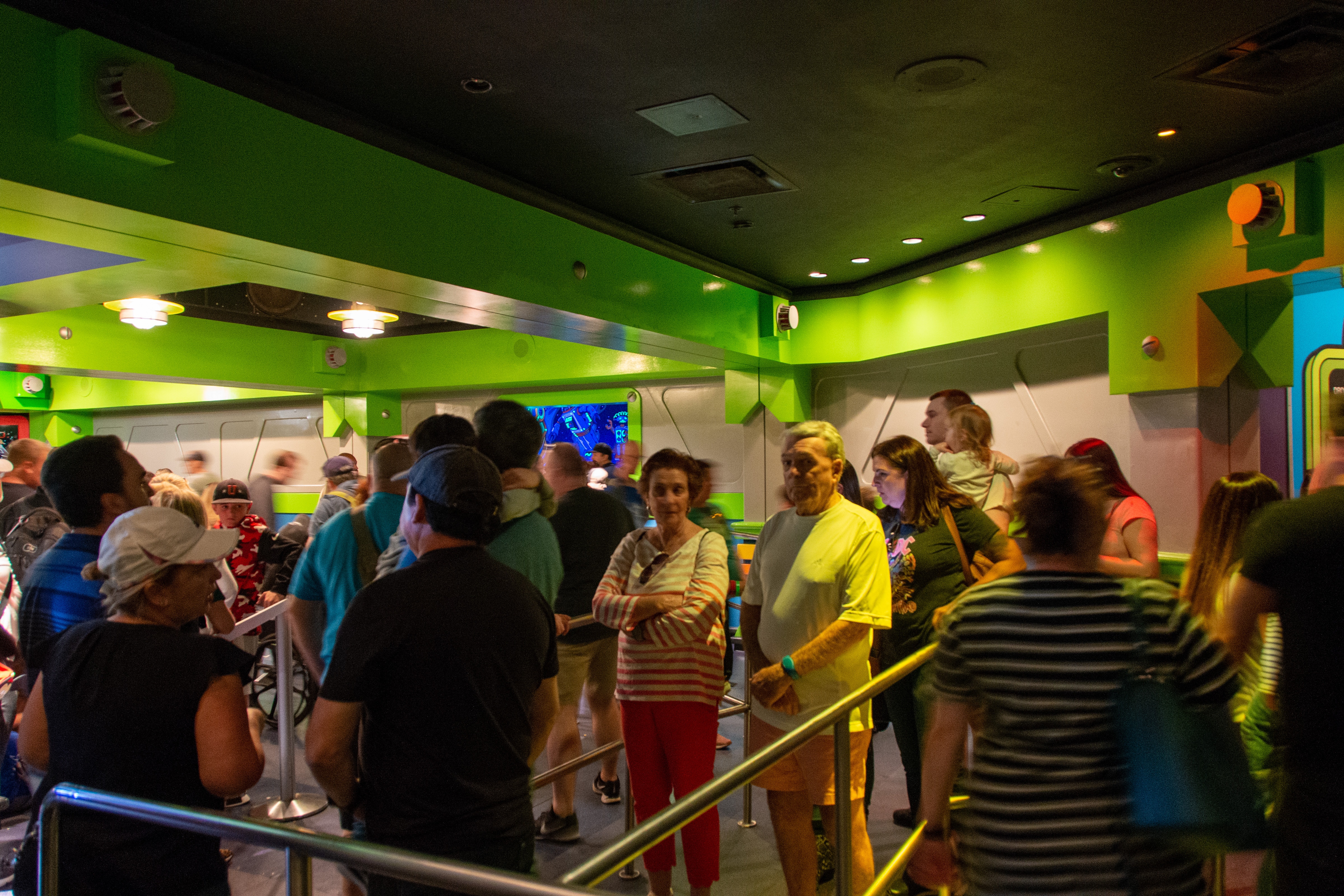 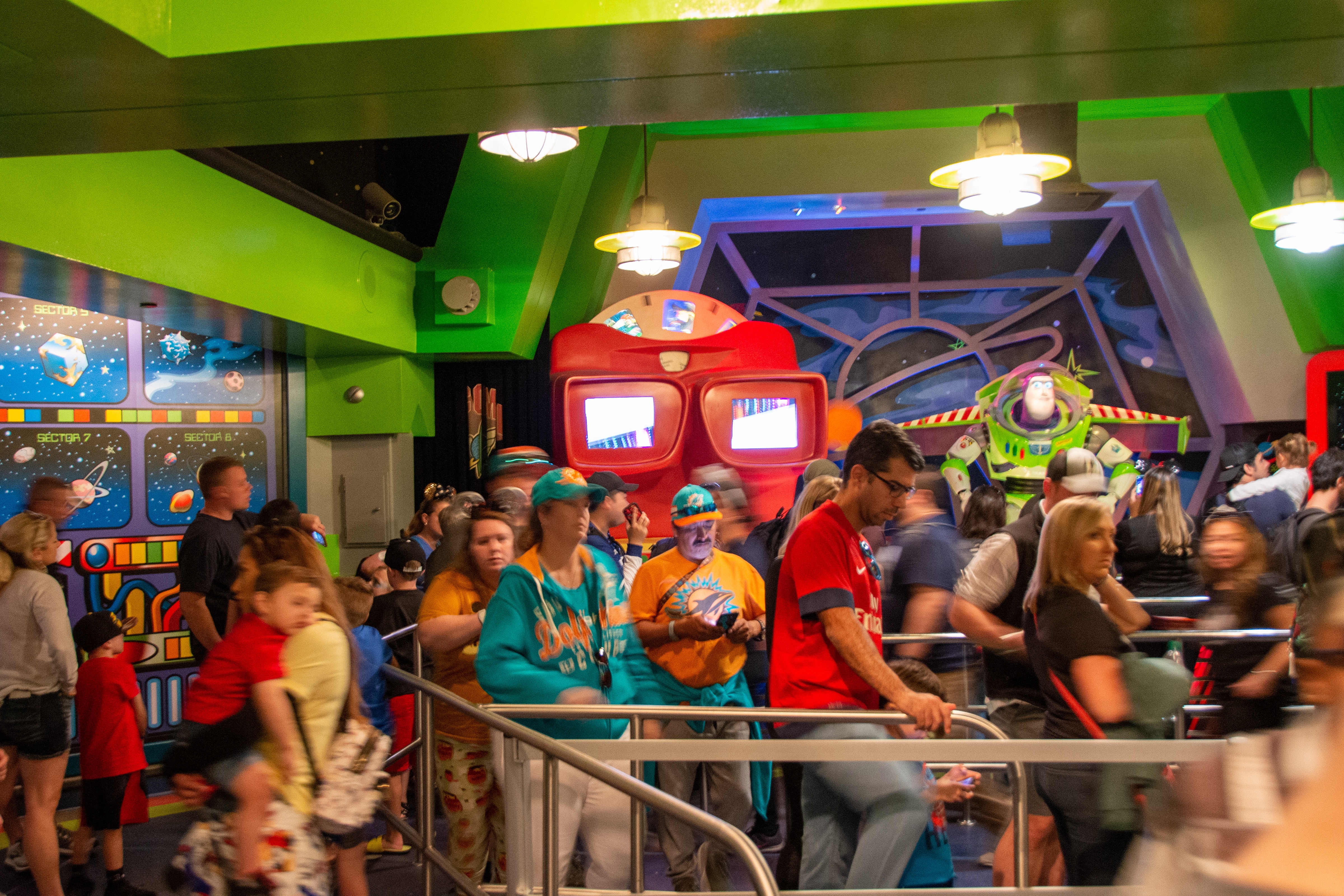 The console in the middle of the room is gone, now being used for more queue space. The project isn’t quite done yet as there are still some temporary railings. The door to the load area was moved over to the right, meaning you spend a lot more time in the load area as you enter from farther down in the room. 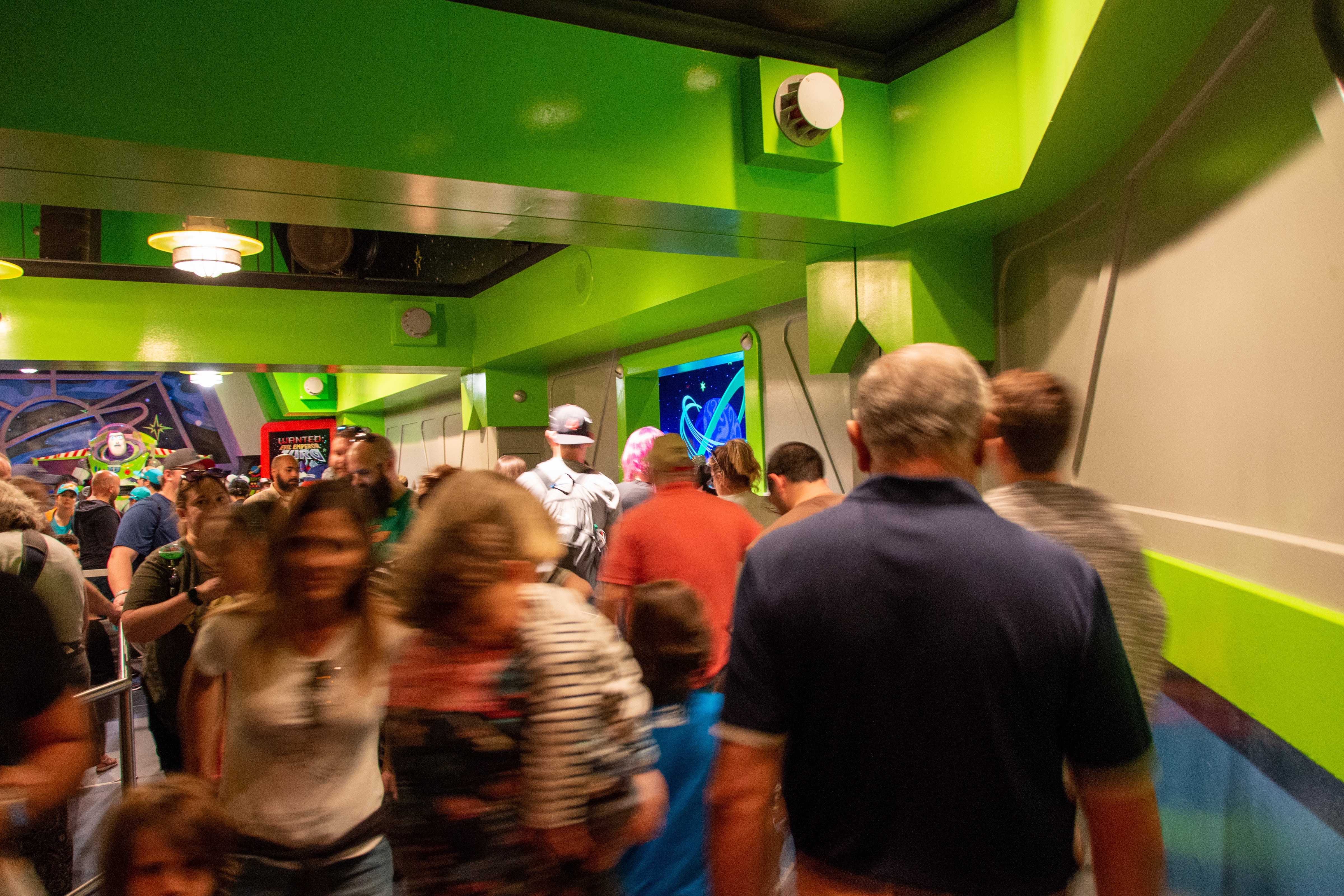 You can see where the doorway used to be behind the cast members, next to the Zurg sign. You now walk most of the length of the loading area before turning and boarding a Space Cruiser.

We will keep you posted as work continues on Buzz Lightyear’s Space Ranger Spin at the Magic Kingdom.