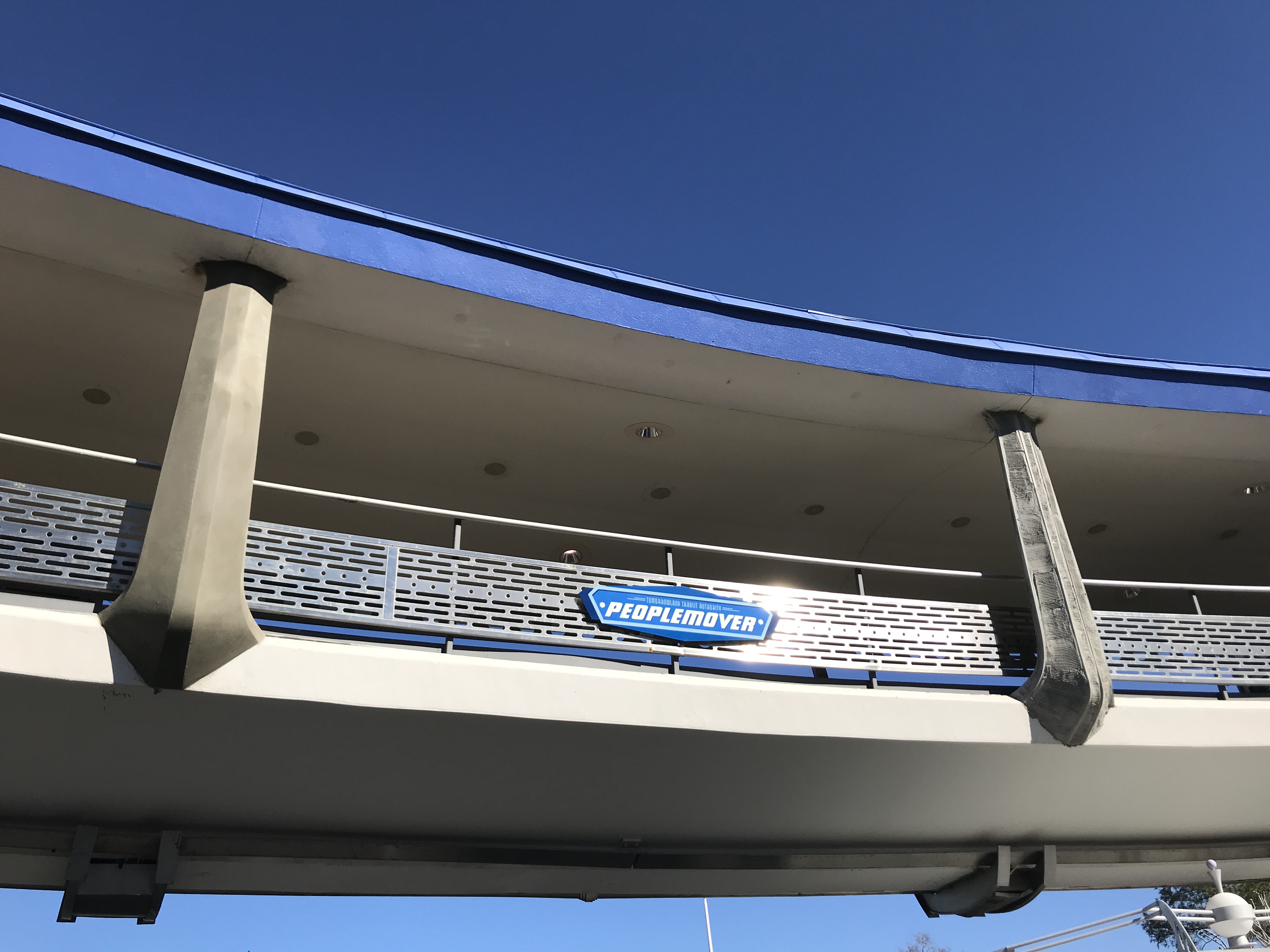 Magic Kingdom’s Tomorrowland is being reimagined. The land is undergoing refurbishment, with finished projects including a new Tomorrowland sign and a redesign of Star Traders (formerly Mickey’s Star Traders). Currently, the majority of the work is focused on the removal of the 1994 New Tomorrowland accents. 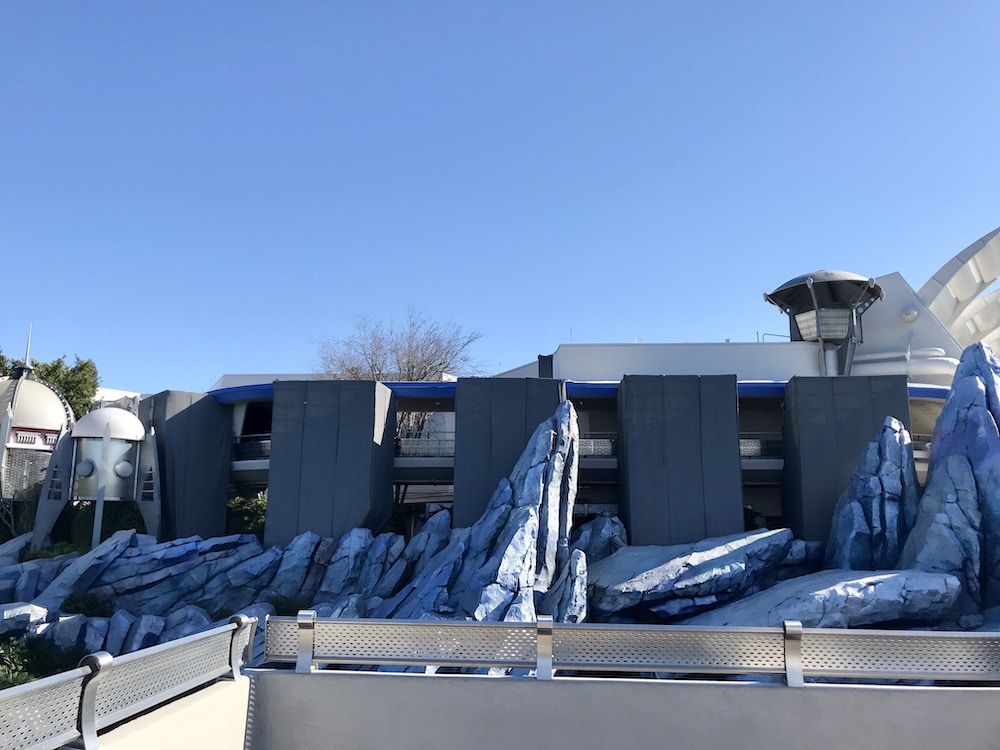 While this process has been ongoing for quite some time, in the past month the work to change Tomorrowland’s aesthetic has become more visible to guests. On our latest visit to Tomorrowland, we noticed the vertical support posts lining the Tomorrowland Transit Authority PeopleMover’s track were in various stages of refurbishment. 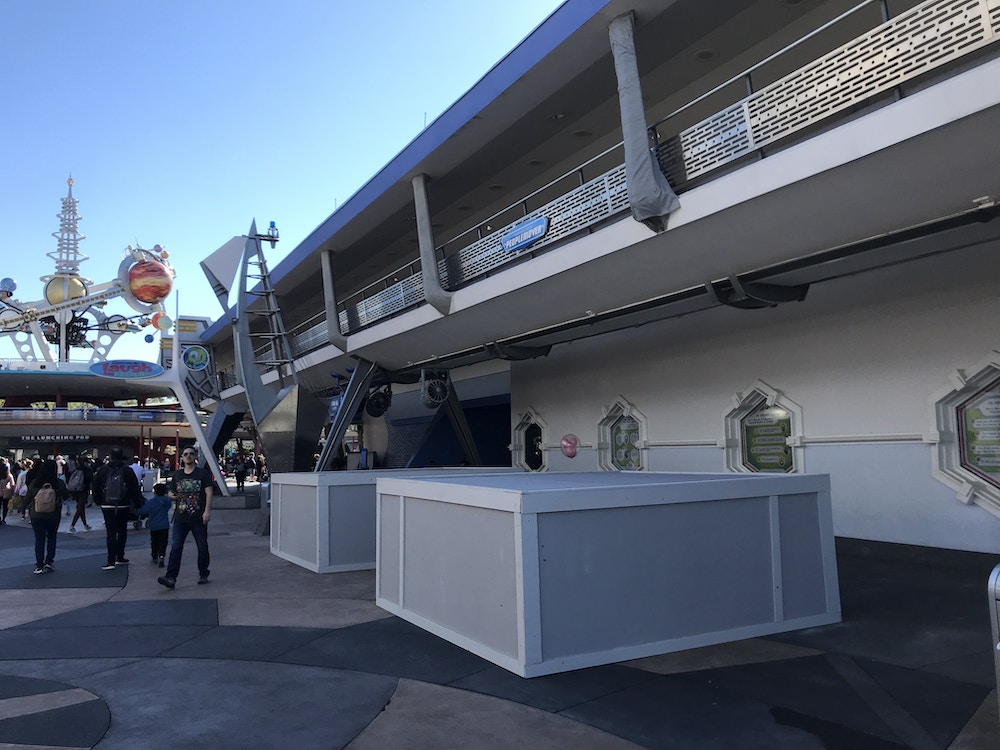 When walking through Tomorrowland’s main entrance to the right are large boxes concealing work, most likely concrete related. Here, some of the posts that line the Tomorrowland Transit Authority PeopleMover are still covered in gray material, whereas other posts are almost complete. The only thing lacking is a paint job. 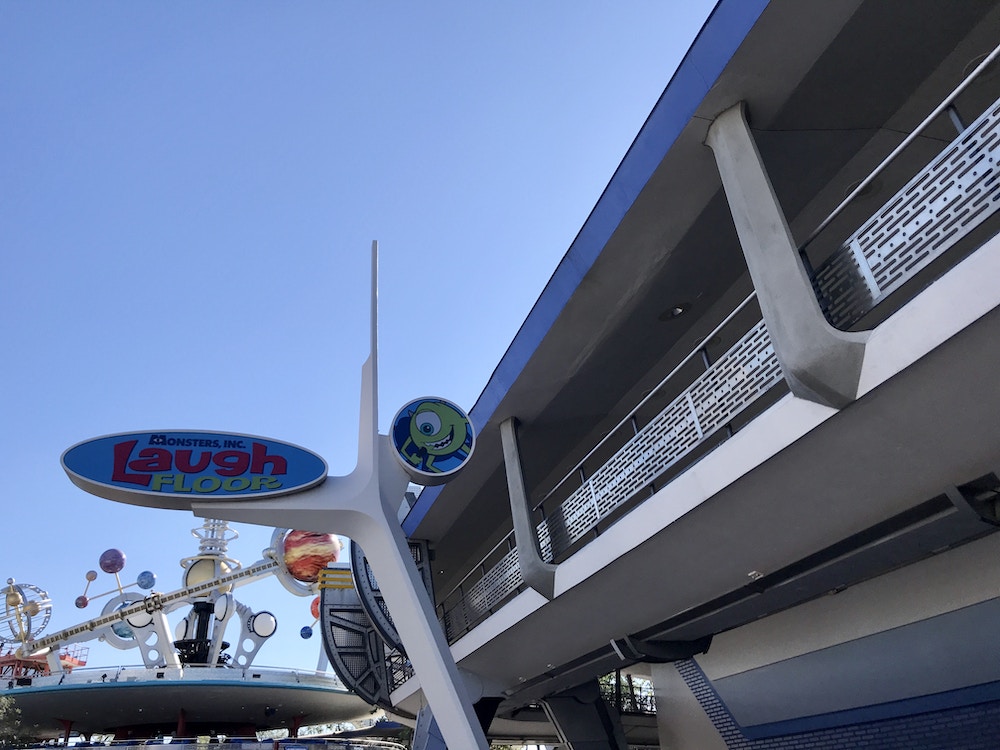 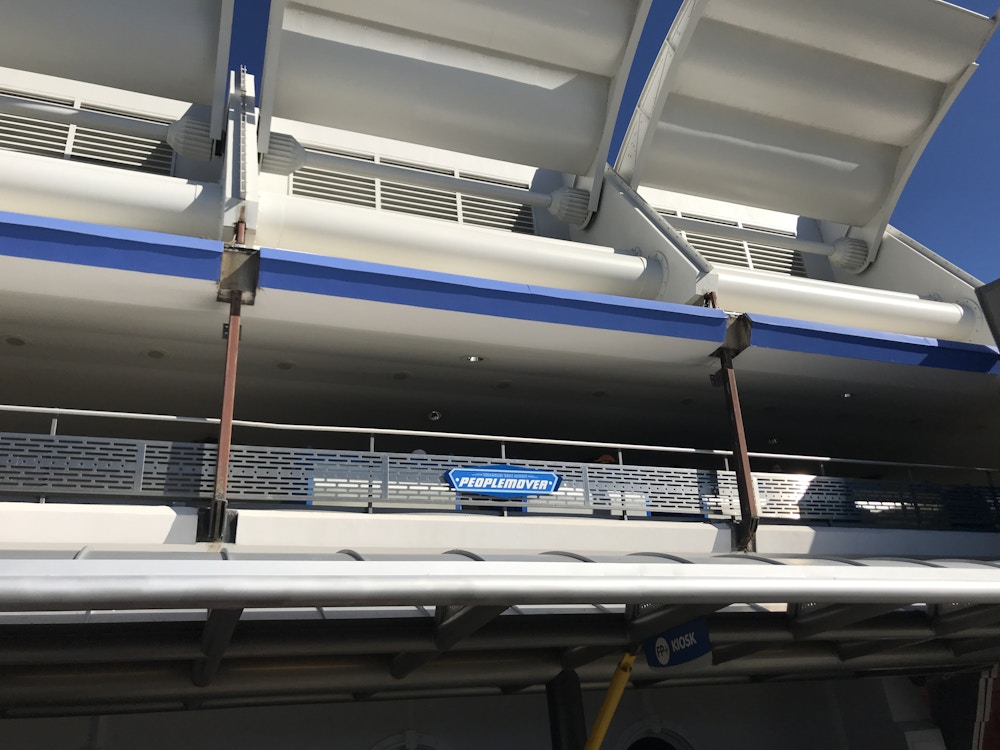 As you follow the Tomorrowland Transit Authority PeopleMover around Tomorrowland, the posts are in all phases of work. Some posts have been stripped to their steel base. 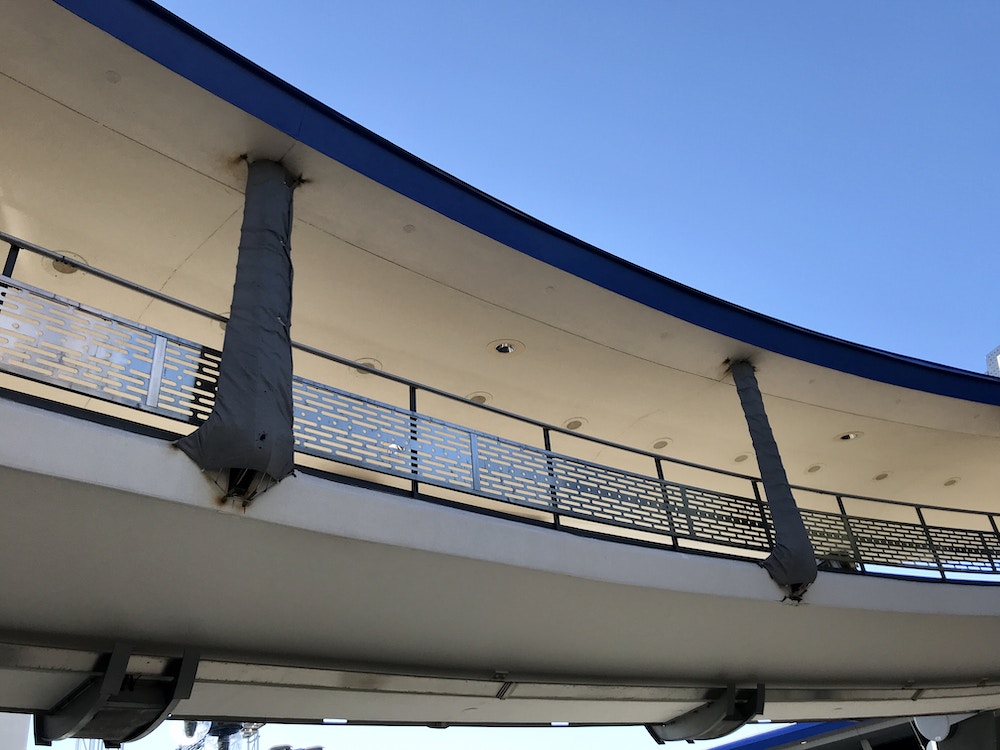 At other points around the track, posts remained covered in gray material. 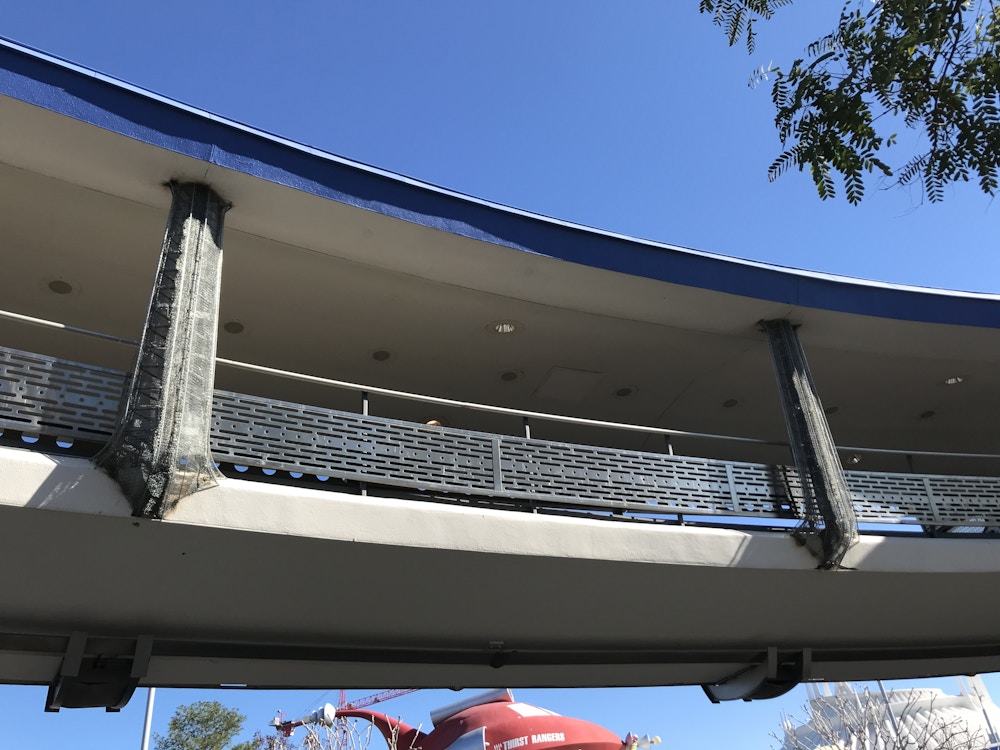 Some posts have wire framing around them, forming a mold of the final shape so concrete can be applied. 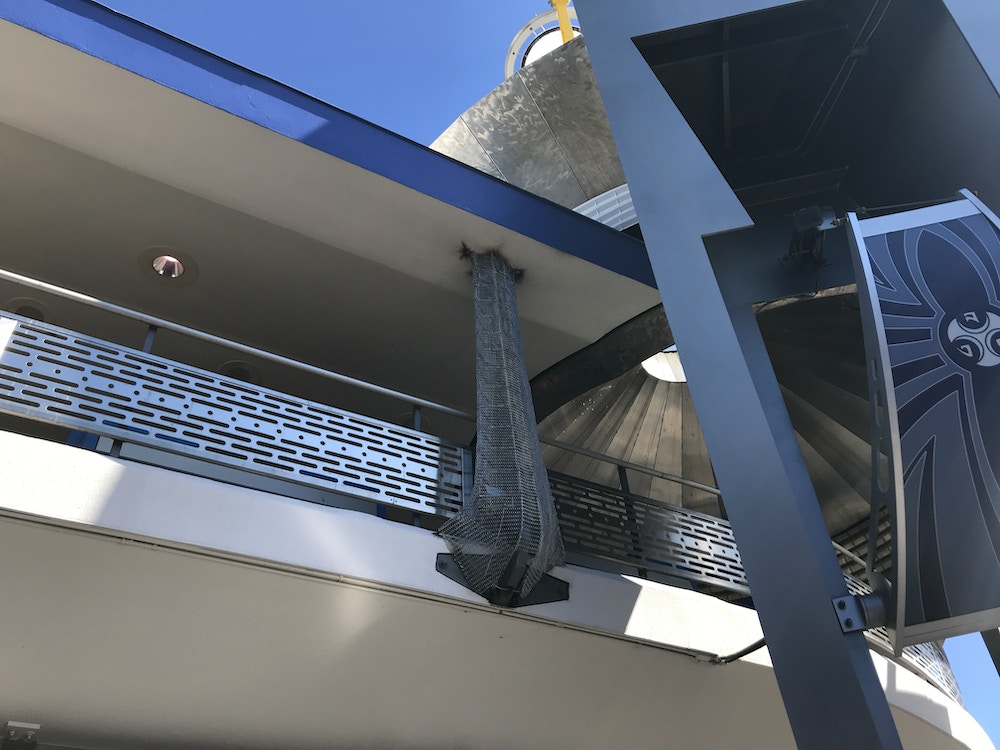 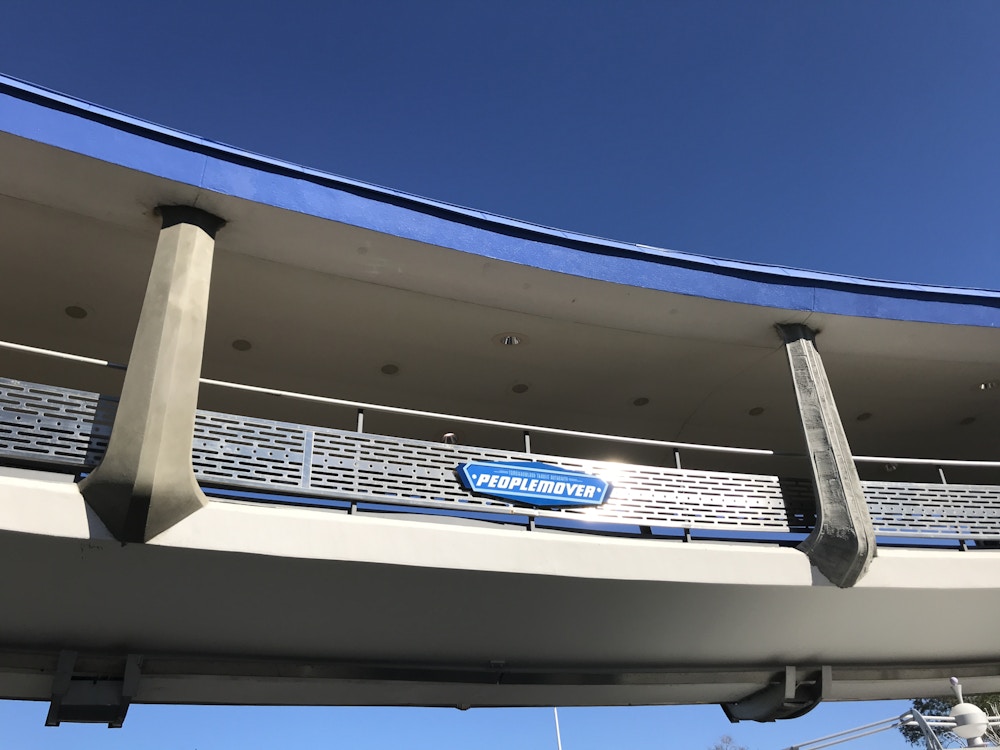 As for the posts that have had the concrete treatment, some are still in the beginning stages as characterized by the rough texture. Other posts, further along in the process, have a smooth finish. 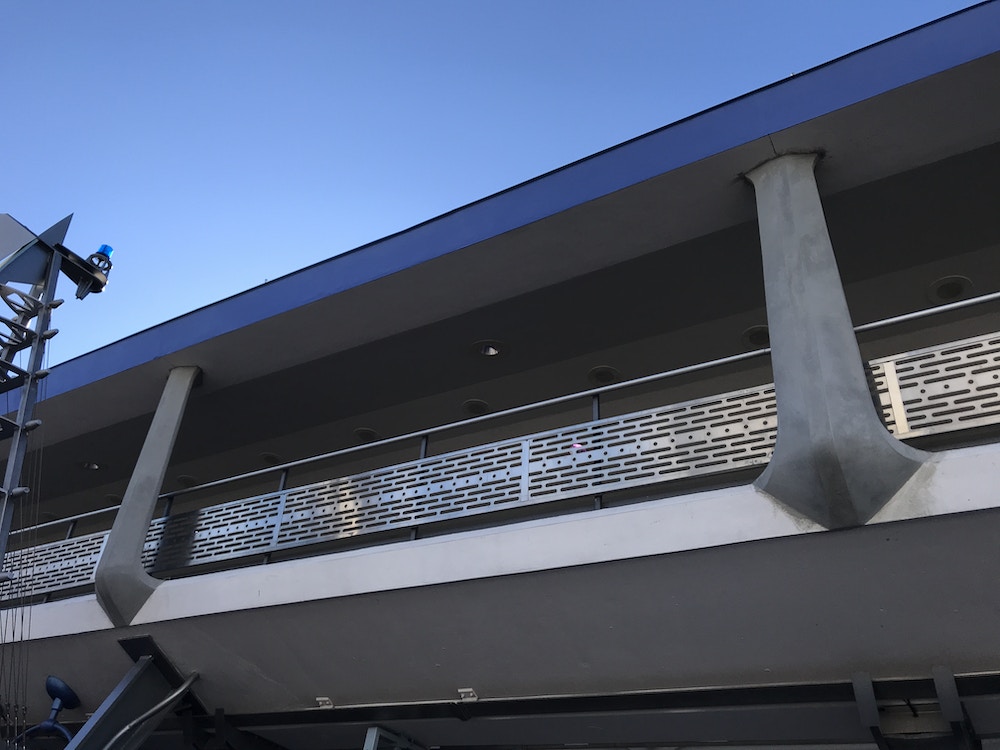 Once completed, these posts will reflect the aesthetic of the original Tomorrowland, which featured clean white lines in a more contemporary style versus the steampunk-esque elements from the 1994 New Tomorrowland update. We’ll keep you updated as the refurbishment project continues on. What do you think about changes to Tomorrowland’s look? Let us know in the comments.

Next
PHOTOS: “The Happy Ride with Baymax” Ride Vehicle Revealed for Tokyo Disneyland