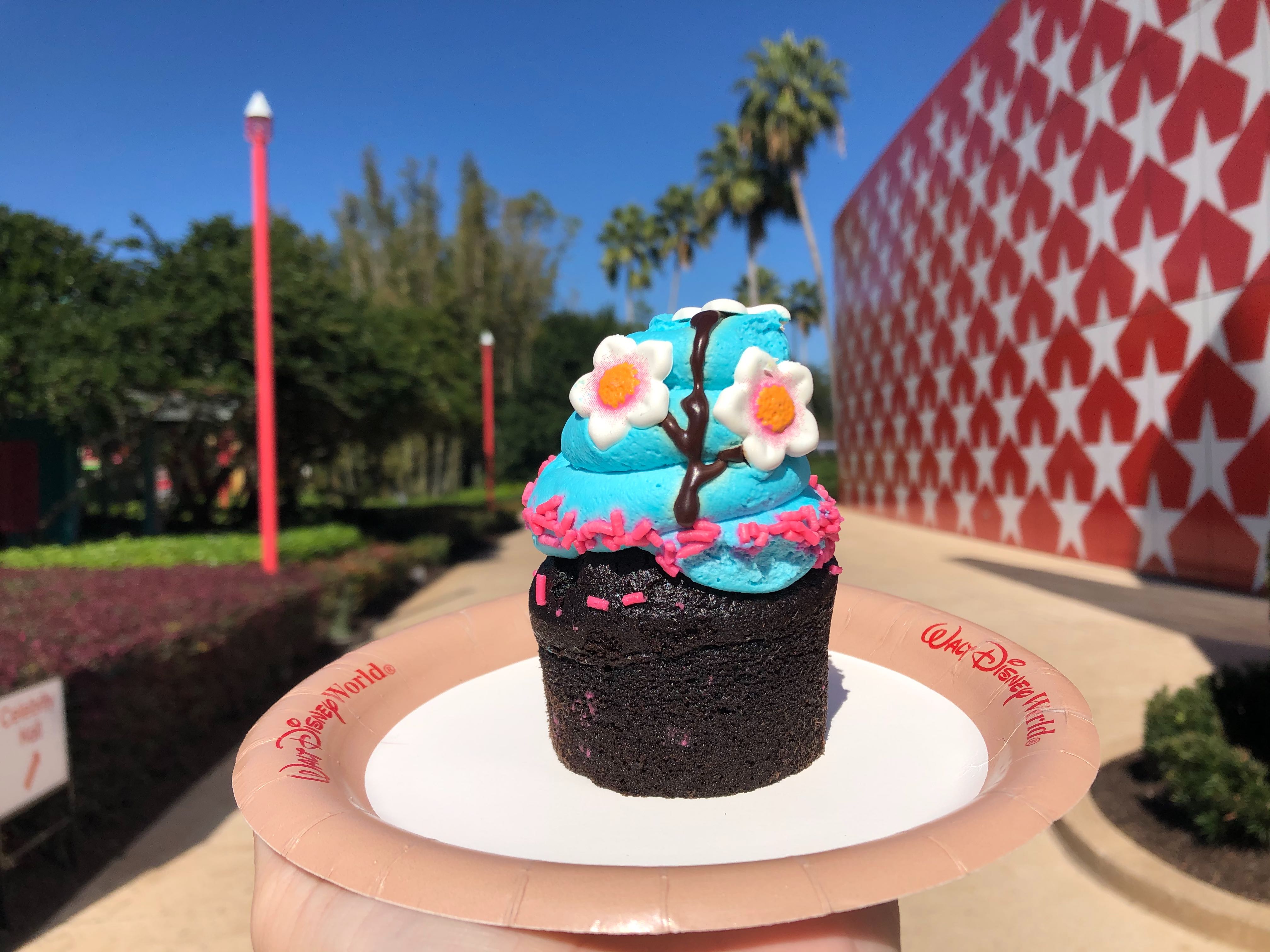 The live-action “Mulan” is just a few months away from being released, which means it’s time to see new Mulan merchandise and snacks across Walt Disney World. At Disney’s All-Star Music Resort today, we saw a cherry-themed cupcake for the film. 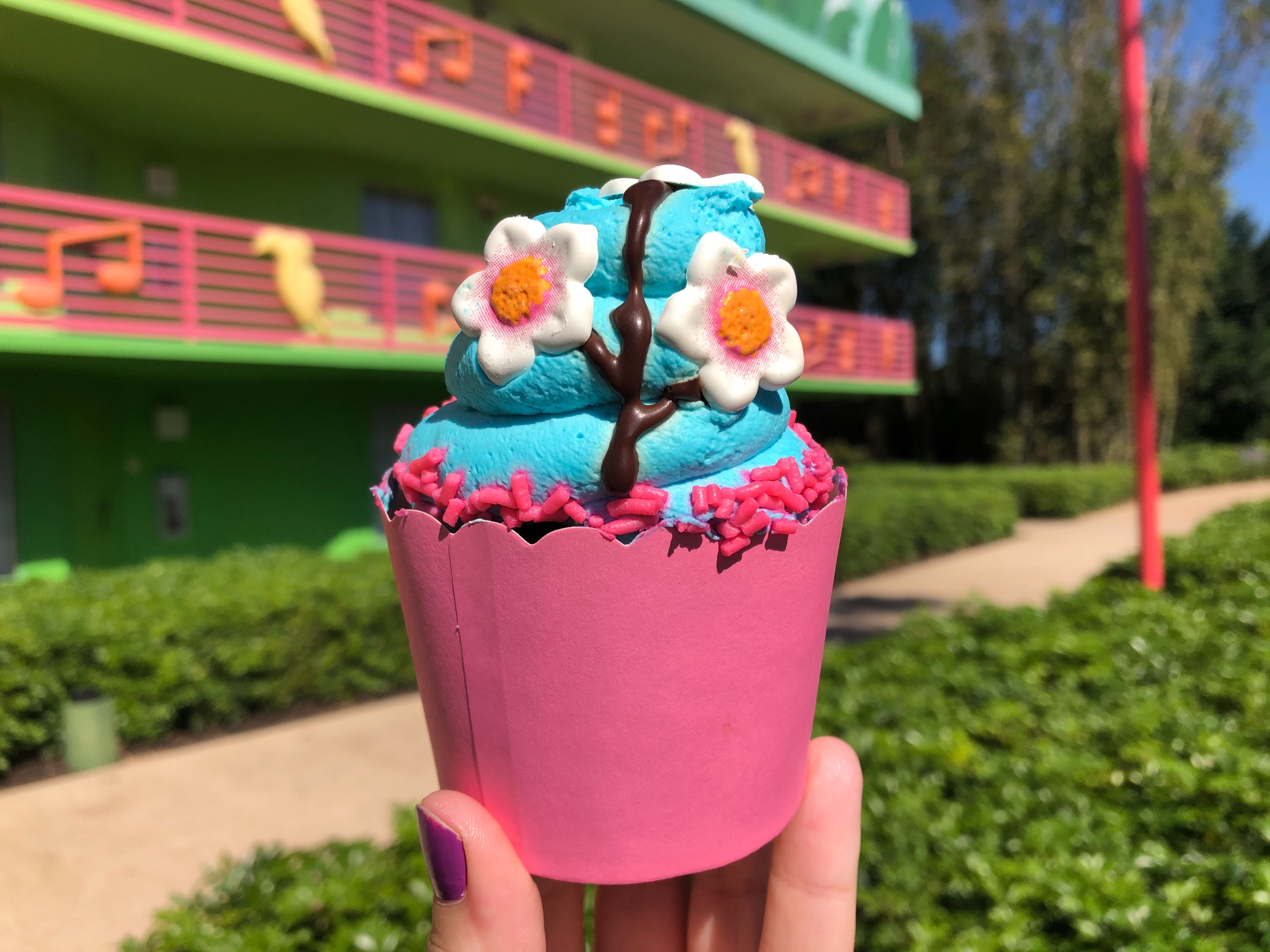 This cherry blossom cupcake has a chocolate base with cherry lime filling and whipped blue frosting.

But the frosting isn’t buttercream; it’s an airier, fluffier topping, like homemade whipped cream. It’s not sweet at all, and we did have initial concerns about that. It’s creamy and oh-so-smooth. The chocolate cupcake is very dense. 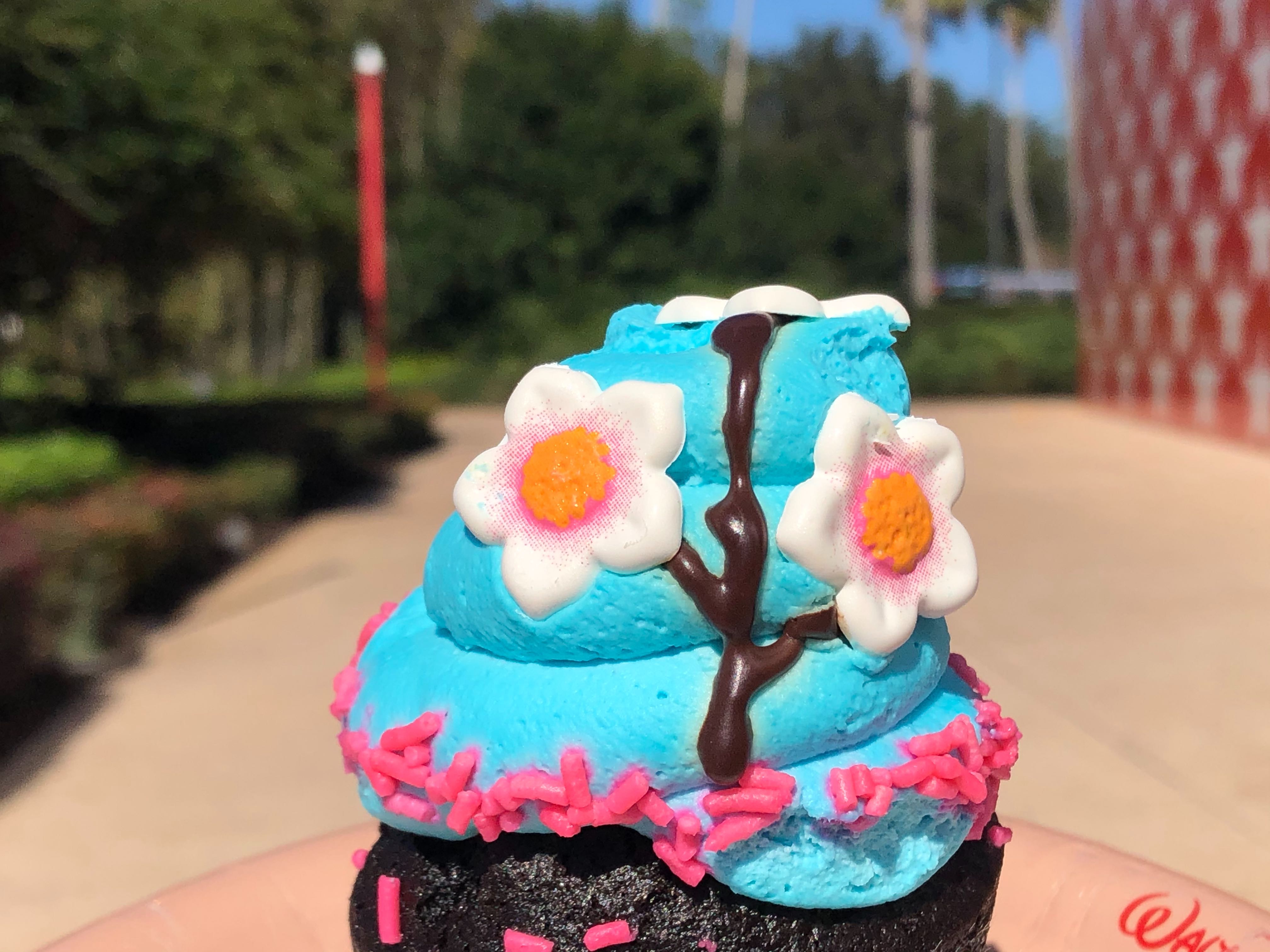 The cherry flavor is the stand-out taste. But it’s nothing like the real cherry center, like the new cupcake at Disney’s Grand Floridian Resort & Spa. 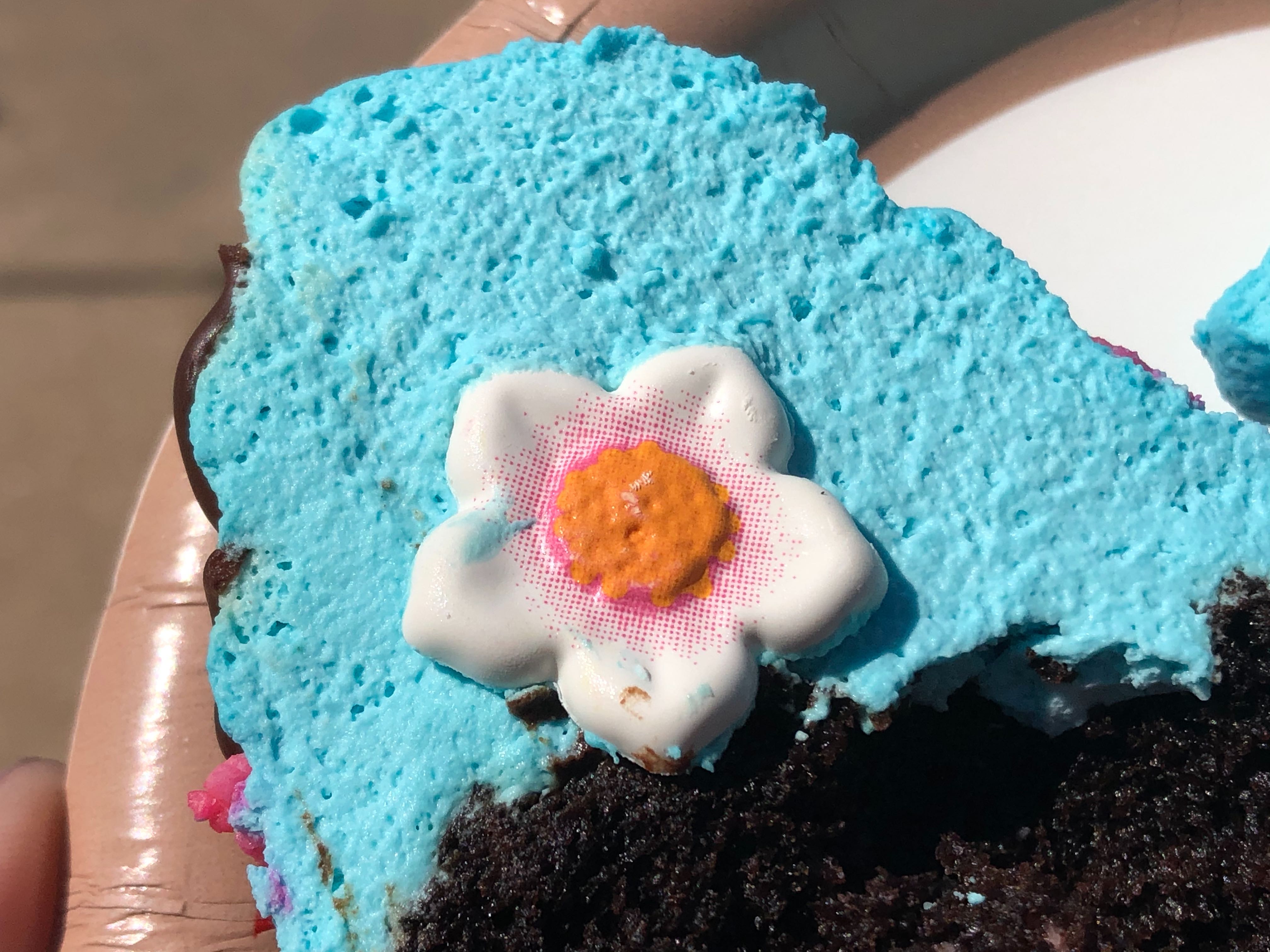 There are three white chocolate cherry blossoms on top. They have really nice printing on them and are more unique than many other printed white chocolate toppers we’ve tried. They’re the perfect size, too. The light topping helps with the strong candy-like cherry center. 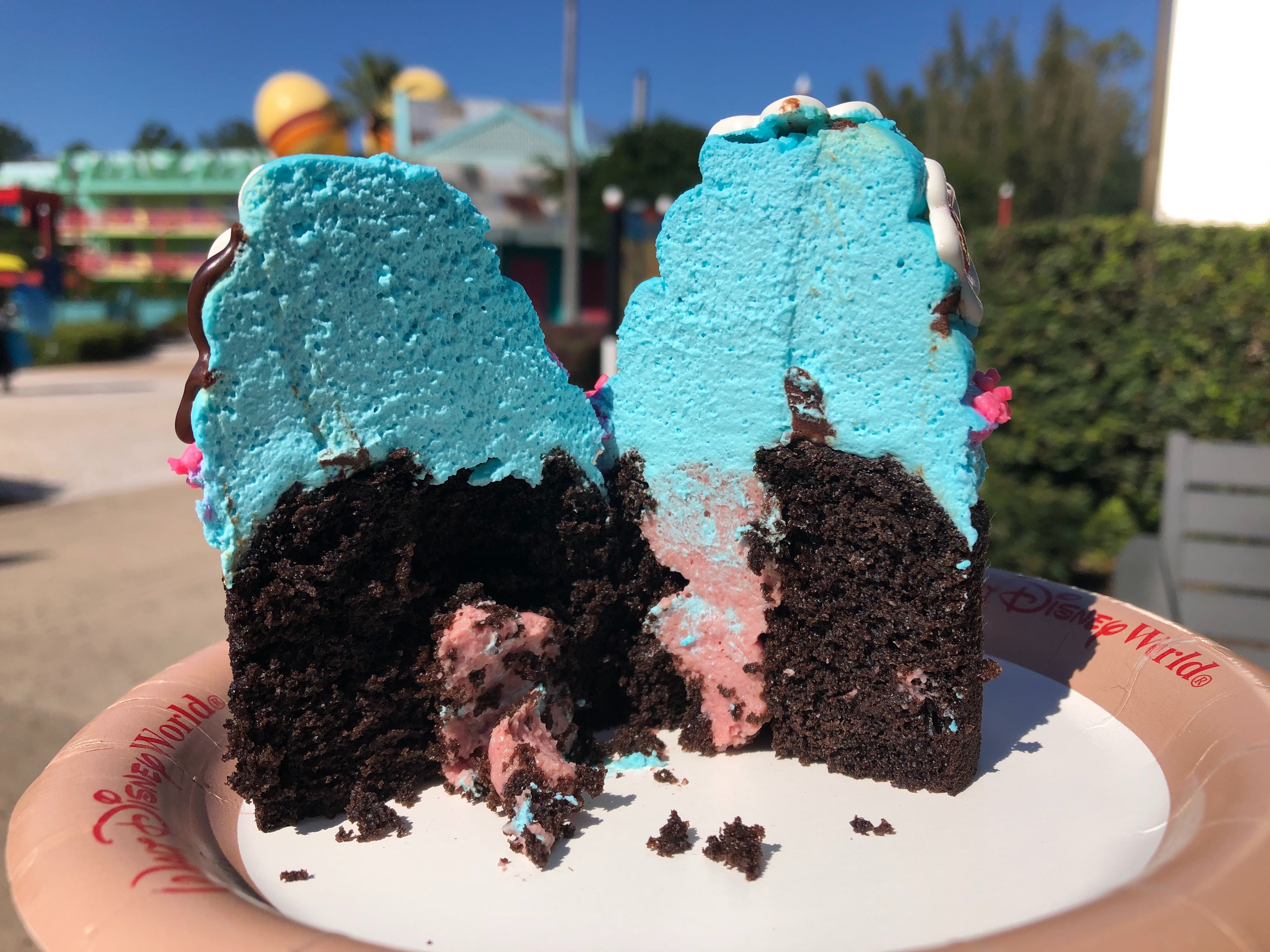 Speaking of the center, the cupcake’s filling is like a candy, Laffy Taffy-type sweet. It definitely has an artificial cherry taste. We didn’t taste much lime — just a bit of a tart, tangy flavor. 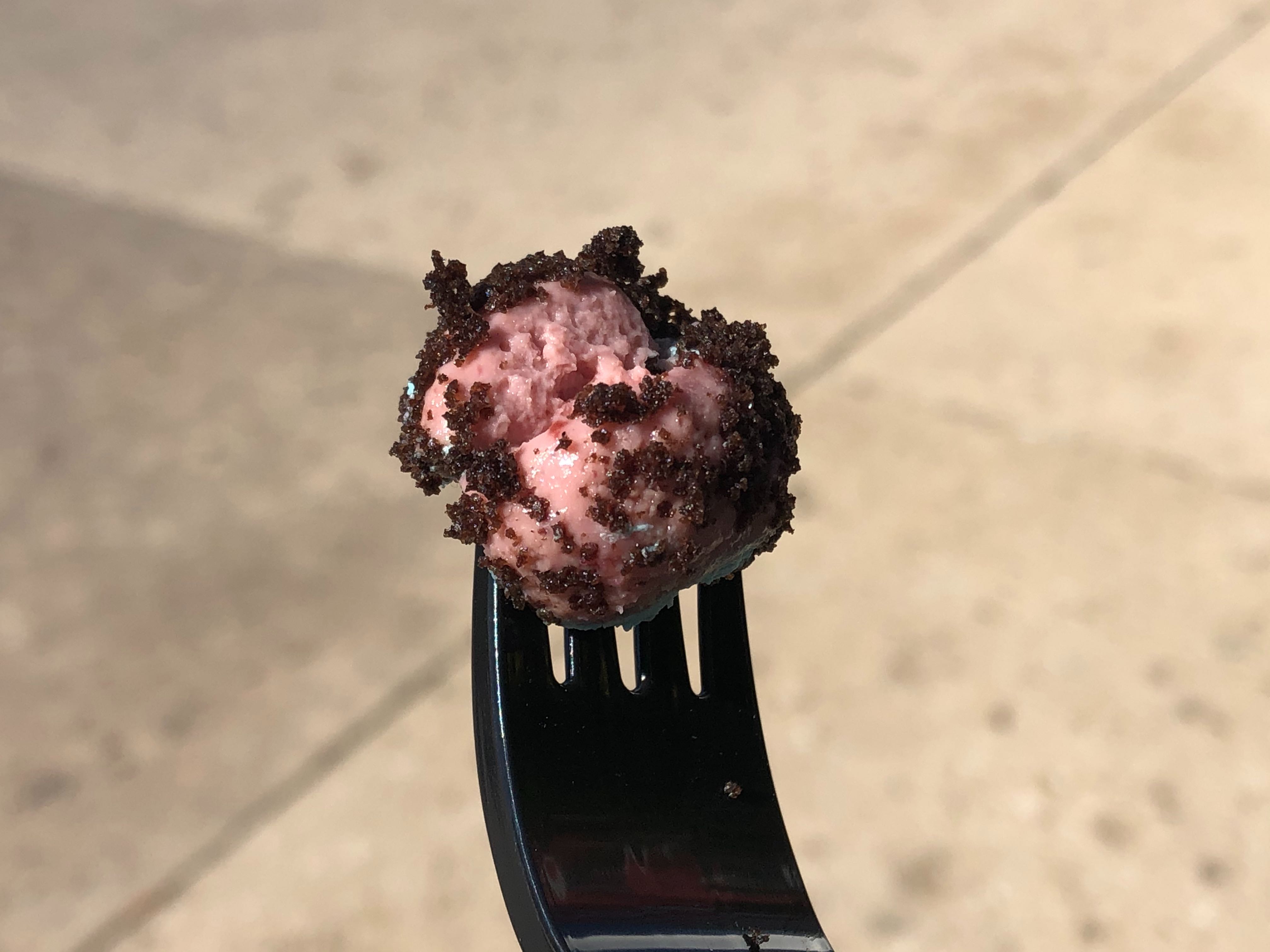 But, essentially, the center is a glob. You can see it held together on our fork.

The Mulan cherry blossom cupcake can be found at Intermission Food Court in Disney’s All-Star Music Resort for $5.99.

Are you crazy for the new cherry blossom cupcake?