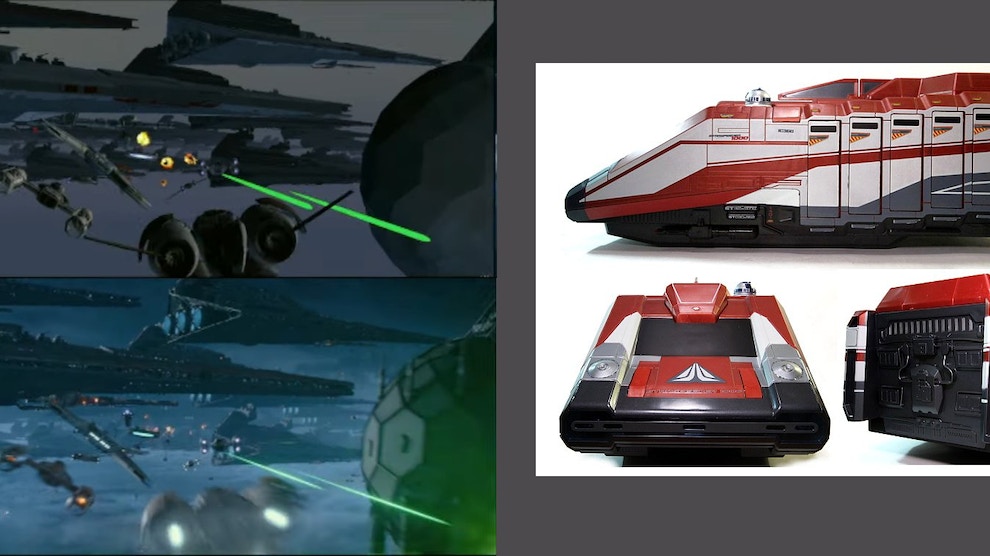 When new scenes were added for Star Tours including being placed in the middle of the Exegol battle scene, guests looked out for the Starspeeder 1000 vehicle in “Star Wars: The Rise of Skywalker”. Well, a recent tweet from Jean-Denis Haas, Associate Animation Supervisor at ILM, stated that the vehicle was originally in the Exegol battle scene, but was cut from the final version of the movie.

The Star Tours ship used to be framed a bit more prominently, but it's still in there. 😄 pic.twitter.com/dQqKkNQZeb

This scene in the movie had thousands of ships from all over the galaxy to help in the fight, so the Starspeeder 1000 wouldn’t have been out of place. However, this particular battle scene in “Star Wars: The Rise of Skywalker” was shortened, cutting the cameo of the famous theme park vehicle.

Would you have liked to see the Starspeeder 1000 in the final version of “Star Wars: The Rise of Skywalker”? Sound off in the comments below!

Since C-3PO was with the resistance at the time, that would mean that Ace (AC-38) was with us in the final battle!