VIDEO: Behind-The-Scenes Look at the Making of the Marquee for Mickey and Minnie’s Runaway Railway in Disney’s Hollywood Studios

We’re less than a month away from rolling out the red carpet for the new Mickey & Minnie’s Runaway Railway attraction at Disney’s Hollywood Studios. Earlier this week, Walt Disney Imagineering marked a milestone on the attraction’s progress by unveiling its dazzling new marquee. Today, the lit-up marquee was revealed to guests, although it will not be lit back up until its grand opening. Now, we have a behind-the-scenes look at the making of the marquee. 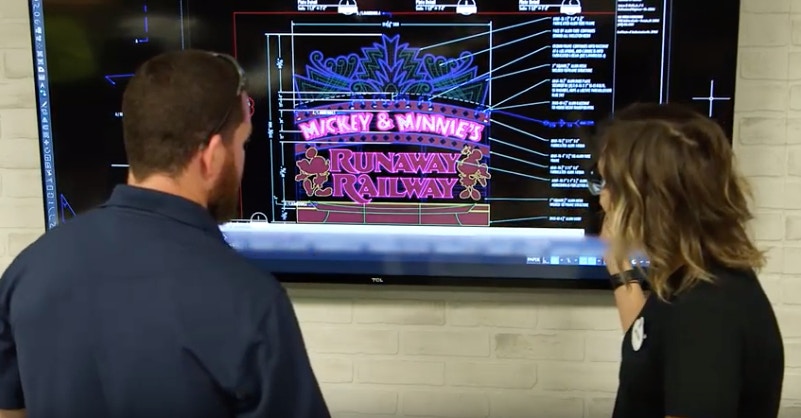 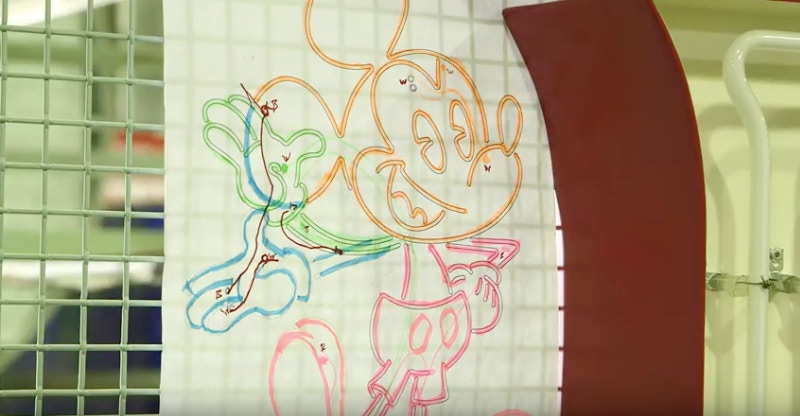 “We want to make sure that we’re providing an amazing marquee that really celebrates the entrance into a great attraction at Disney’s Hollywood Studios,” said Art Director Phillip Hillis.

The marquee is brought to “light” by blinking bulbs and animated depictions of Mickey Mouse and Minnie Mouse created with real, hand-crafted neon. It takes its design cue from the extravagant made-for-the-movie marquees that were custom designed for the premieres of epic films in the mid-20th century. It also connects to the design and glamour of the Chinese Theatre and Hollywood Boulevard, the main thoroughfare through the park.

When the attraction debuts on March 4, Disney’s Hollywood Studios guests can head to the Chinese Theatre to see the world premiere of Mickey and Minnie’s latest cartoon short entitled “Perfect Picnic.” The theater will serve as the magic portal through which theater-goers can burst directly into the cartoon world.

And did you know that Mickey and Minnie have a history at the Chinese Theatre in Hollywood? The 1931 Mickey Mouse cartoon “Mickey Steps Out,” was screened at the Chinese Theatre. And the 1933 cartoon, “Mickey’s Gala Premier,” opens with an establishing shot in front of the Chinese Theatre with a blinking marquee and crisscrossing searchlights welcoming Mickey, Minnie, Pluto, Horace Horsecollar and Clarabelle Cow to the red carpet.

Next
PHOTOS: New Lights and Shutters Added to Regal Eagle Smokehouse at The American Adventure in EPCOT