Lighthouse Point will be a new Disney-owned and -managed port of call for Disney Cruise Line. The signature island experience will celebrate the spirit and culture of The Bahamas. (Disney)
Home
Parks & Resorts

At the D23 Expo last summer, it was officially announced that Disney Cruise Line are developing a second port in the Bahamas: Lighthouse Point. Located in the peninsula on the island of Eleuthera, Lighthouse Point will be the second DCL exclusive destination in the Bahamas after the popular Castaway Cay, and was given an estimated completion date of 2022-2023. Now, a dedicated website for the location has been launched, bringing lots of exciting information, updates and promises about the destination.

The Bahamas are already a home-from-home for Disney Cruise Line, with all four ships registered in the country and 75% of all the cruise itineraries offered making at least one stop in the islands. A particularly exciting factor about this development is the input from Disney Imagineer Joe Rohde – designer of Disney’s Animal Kingdom and Aulani, A Disney Resort & Spa – who has been extensively exploring the rich art and culture of the Bahamas with experts, and we can be certain these influences will be represented at every turn in the finished location.

It is well-known that Disney pride themselves on their positive sustainability, community and environmental values and their mission to bring opportunity to the island of Eleuthera with this $250-400 million investment. Economically, it has been estimated that Disney Cruise Line operations currently contribute over $70 million towards the Bahamian annual GDP, and a forecast provided by Oxford Economic has predicted that the company’s development will provide more than an $800 million increase on top of that figure. Not only that, but space will be provided for Bahamian vendors, local agricultural products will be purchased, and hundreds of jobs will be created in construction, entertainment and maintenance. Already within the community, Disney have been supporting Eleuthera, providing funding for holiday events, scholarships, after-school programs, non-profit organizations and more.

From an environmental standpoint, Disney promises to “only move forward with a project at Lighthouse Point if it is able to do so in an environmentally responsible manner“. The Lighthouse Point website draws links to the continuing efforts made by the Disney Conservation Fund to “ensuring a world where wildlife thrives and nature is treasured and protected by saving wildlife, inspiring action and protecting the planet“. This promise assures us of the sincerity of the development, and it will be interesting to see the efforts in environmental awareness once the destination is complete.

According to the website, the purchase has been completed and the Heads of Agreement has been signed with the Bahamian government for Lighthouse Point. The next step before construction is to have the Environmental Impact Assessment and Environmental Management Plan approved, hold a public consultation and complete other necessary permits and formalities. Stay tuned to WDWNT for more information on the progress of the site as it is announced! 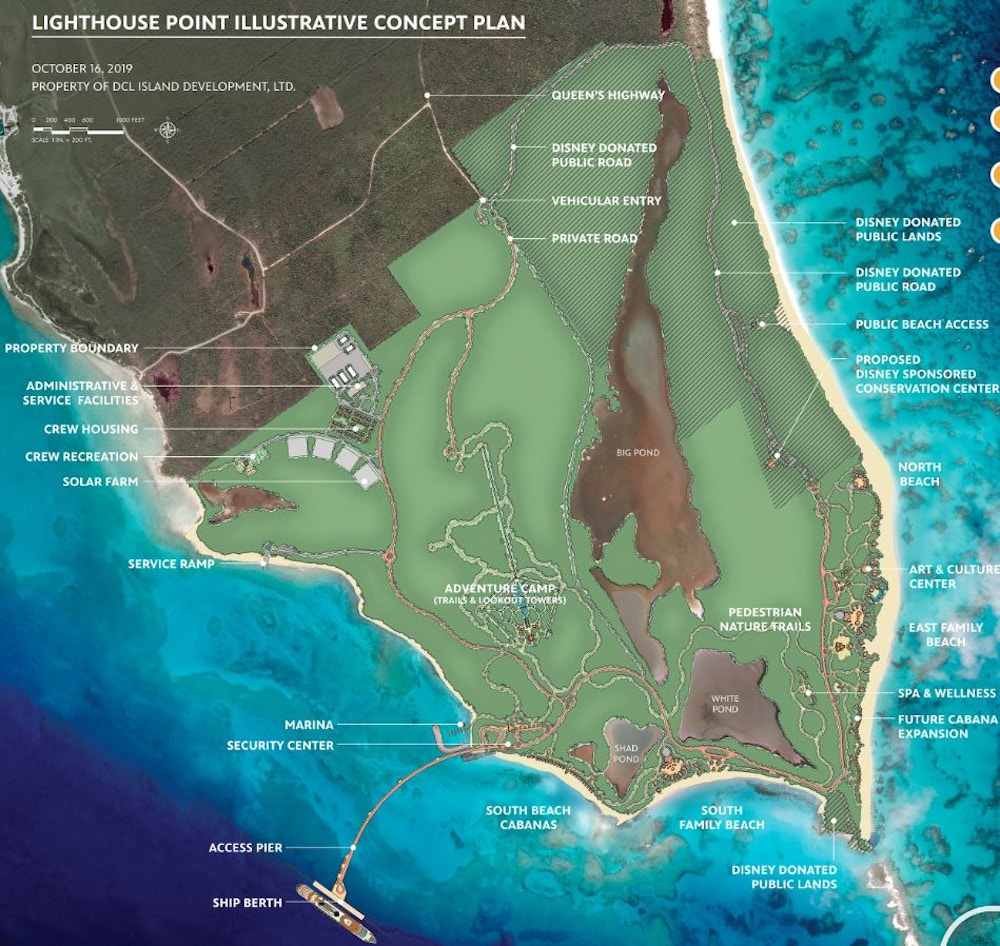 In the meantime, we would definitely recommend you have a read of the Lighthouse Point website, it’s full of interesting and detailed points on the progress of the project.

Previous
Cast Members Had to Break Into Interviews, Submit Resumes as S.H.I.E.L.D. Agents, and Develop Character Backstories to Get Jobs in MARVEL Avengers Campus at Disney California Adventure