In a move similar to CookieAnn’s renaming at Hong Kong Disneyland and beyond, Disney has just announced that Duffy’s turtle friend ‘Olu at Aulani has also received a name change––to ‘Olu Mel. 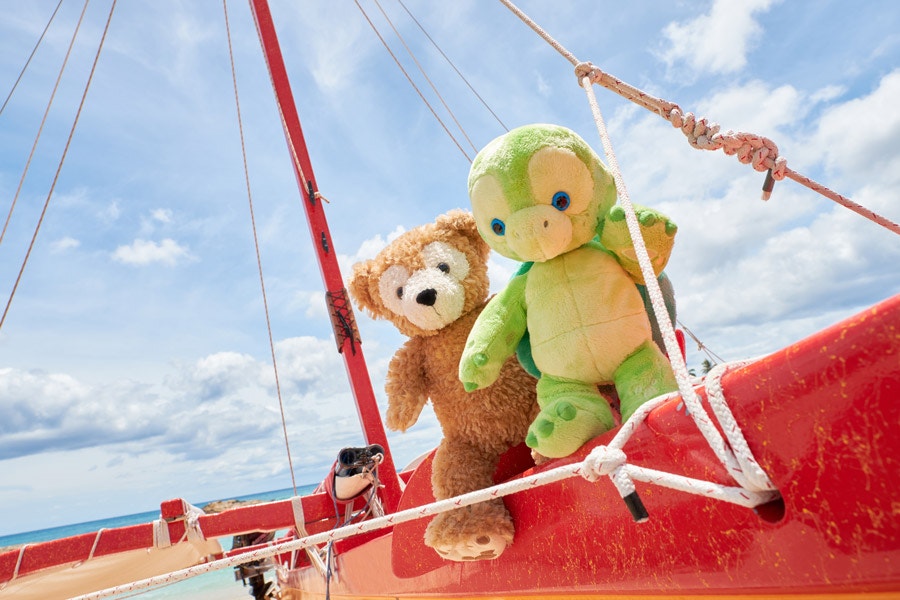 Here’s the new backstory for the name change:

“As the story goes, on a bright sunny Hawai‘i day, Duffy and ShellieMay were looking for ‘Olu so the three friends could play, but he was nowhere to be found.

So, they decided to check the beach. As they followed their usual path to the ocean, they began to hear melodious music. When they arrived at the shore, they found ‘Olu strumming his ‘ukulele and singing about blue and white waves playing hide-and-seek with one another.

Both Duffy and ShellieMay agreed that they thought ‘Olu’s melody was truly beautiful. So beautiful, that right then and there, ShellieMay wanted to give their friend the nickname Mel, short for melody. Duffy added that he always liked the name ‘Olu too.

‘Olu thought for a second, then started strumming his ‘ukulele and singing, “Duffy and ShellieMay, you like both names, that’s swell. From now on, you can call me, ‘Olu Mel!”

Duffy and ShellieMay looked at each other and exclaimed, “We love the name, ‘Olu Mel!”

Seeing his dear friends so excited about his new name, the musical turtle felt happy and honored to be called ‘Olu Mel, because now, music was a part of his name.”

‘Olu May (the artist previously known as simply ‘Olu) made his big debut exclusively at Aulani in July 2018. In celebration of ‘Olu Mel’s new name, an exclusive new merchandise line will also be coming to Aulani, A Disney Resort & Spa this summer.