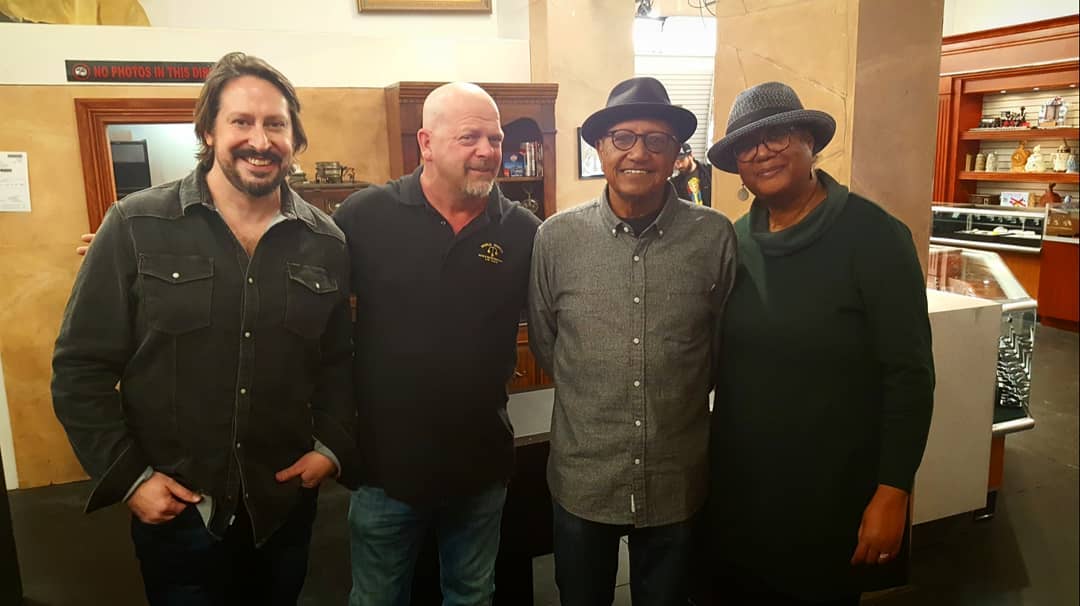 It looks like Pawn Stars is going to have a lot of Disney flair for the upcoming 2020 season. After profiling Disney Legend Bob Gurr’s upcoming feature with Pawn Stars, we were contacted by a representative of fellow Disney Legend Floyd Norman that he will be on the show as well!

The rep for Floyd let us know some of the details for the upcoming episode, but don’t worry, there aren’t any spoilers!

“I can’t disclose what Floyd brought to the store (you’ll just have to watch the episode) I can say that be brought several items that spanned his work in both animation and the comic book industries.  Floyd visited with Rick and Corey to share some of these ‘relics’ (as Floyd calls them) and find a new home for them.  With Floyd nearing 85 years old, he has accrued closets and an attic full of animation and comic book memorabilia.  And rather than let this stuff collect dust, he felt Rick and Corey could find these pieces new homes with collectors that would cherish them. Rick and Corey were absolutely thrilled to meet Floyd.  Rick was very well-aware of Floyd’s influence on the animation world.”

The pictures that we have seen of Bob Gurr look like his particular episode was probably filmed at his house or at the very least, somewhere on location. Floyd was treated to the entire Pawn Stars treatment, as Floyd’s episode appears to have been shot in the Las Vegas pawn shop.

The episode was shot in the early part of February, and we, nor the Representative for Floyd, do not know when the episode will air for this upcoming season.

Like Bob Gurr, Floyd is a Disney treasure. Floyd Norman was the first African American animator at Walt Disney Studios and is one of a handful of people living with a personal connection to Walt Disney.  Floyd worked various animation roles for Disney off and on from 1956 until now, where he still in employed in a consultant role to this day. His various animation credits include, Sleeping Beauty, The Jungle Book, Robin Hood, The Hunchback of Notre Dame, Mulan, among others.

Next
VIDEO: Meet The Stars Lending Their Voices To The Characters In “Onward”