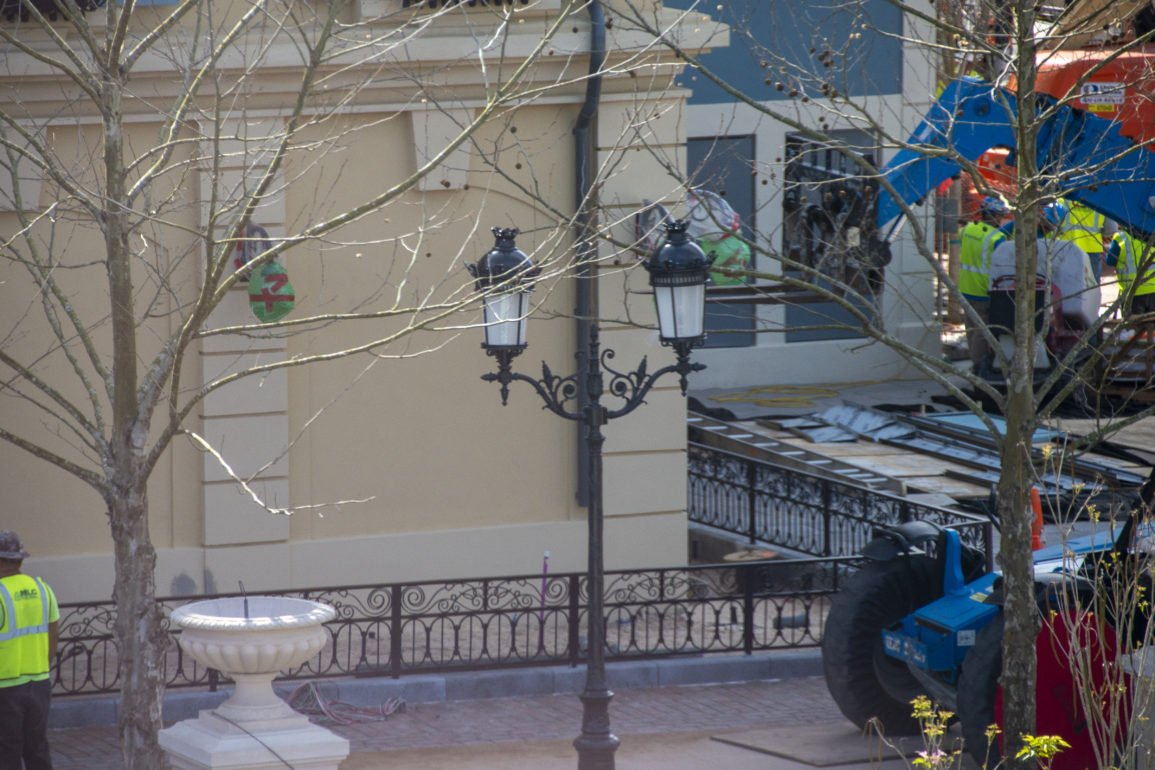 Work on the France pavilion expansion inside EPCOT is beginning to show signs of reaching the finish line. Today, we swung by to see the latest happenings inside the land. 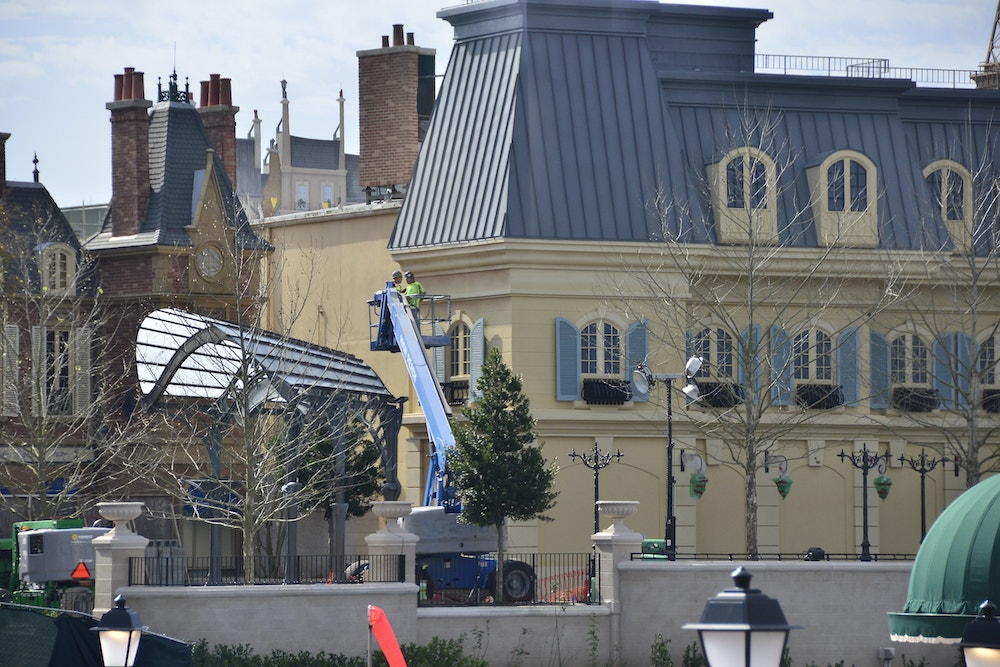 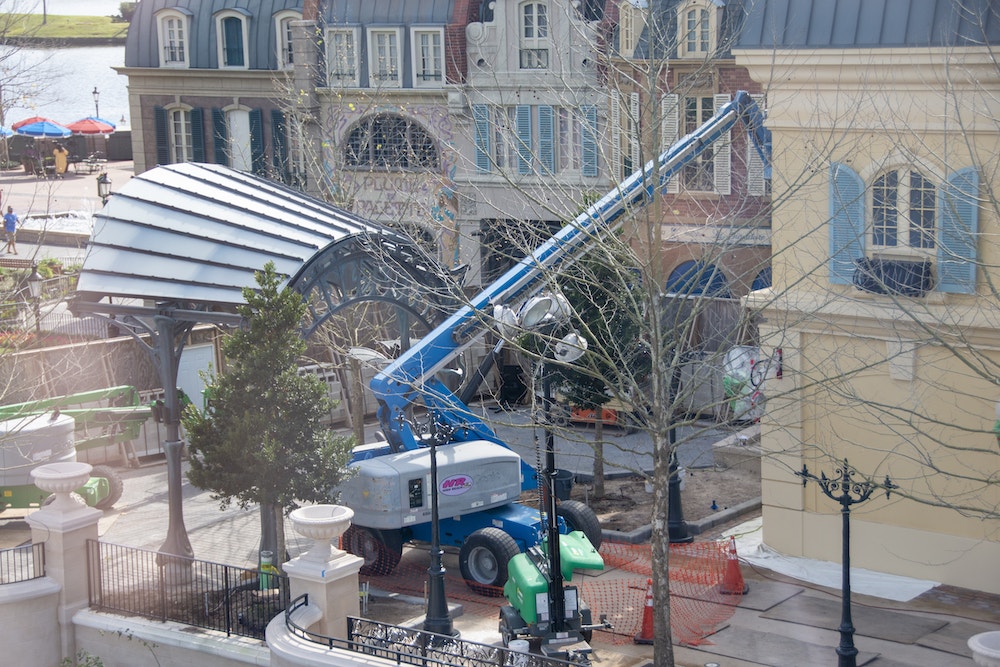 The new entrance archway continues to sport a blank sign, but work around the area continues. Workers on a lift were putting the finishing touches on some of the facades in the area. 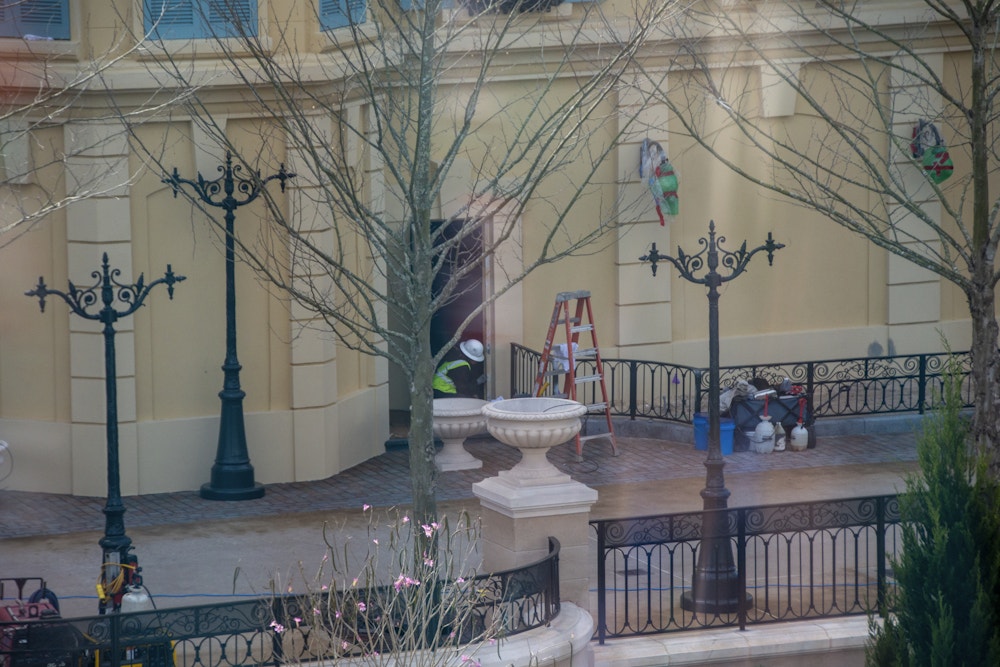 Several decorative planters remain empty while work on some of the building doorways along the pathway continues. Lamp posts, which were delivered to the site last week, have gone up all up and down the pathway that will lead to the new expanded portion of France. 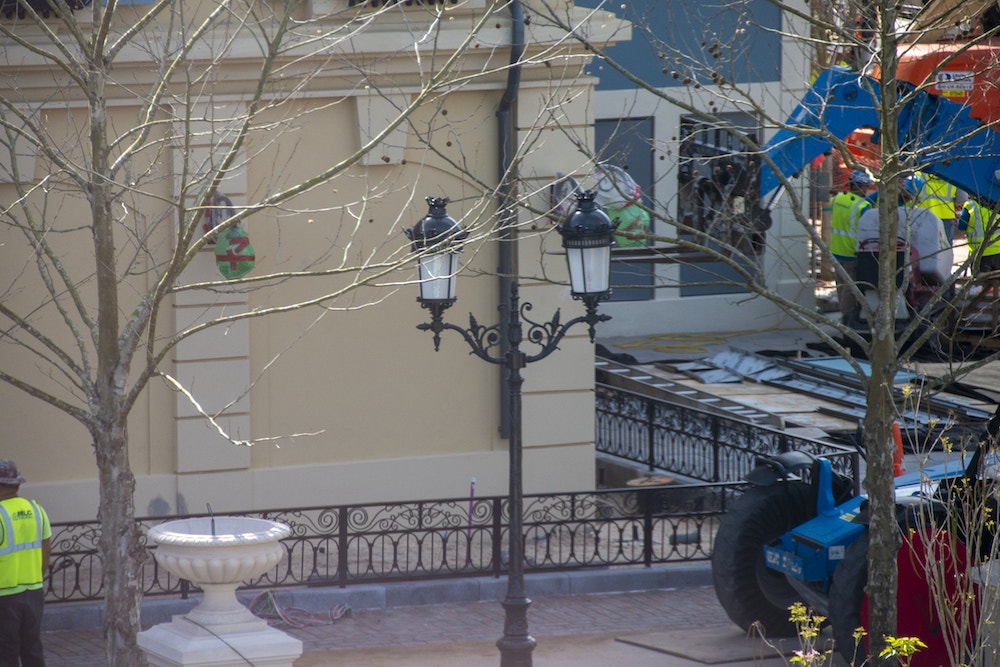 One street light was sporting the lamps up on top already. 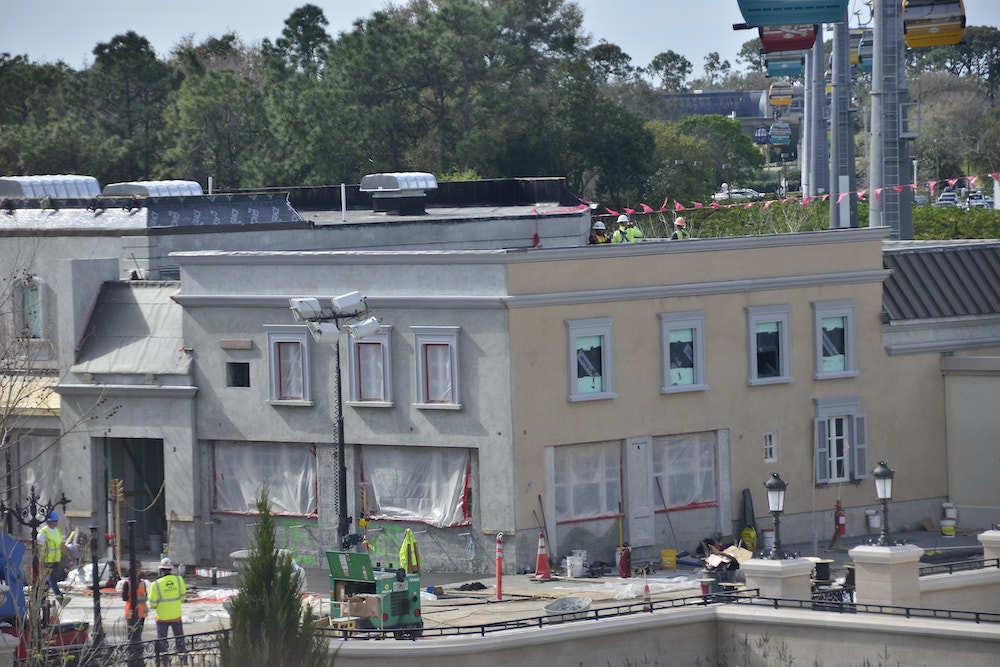 Scaffolding and scrims are now completely gone from around La Creperie de Paris. One side of the building has been painted while the rest remains bare. 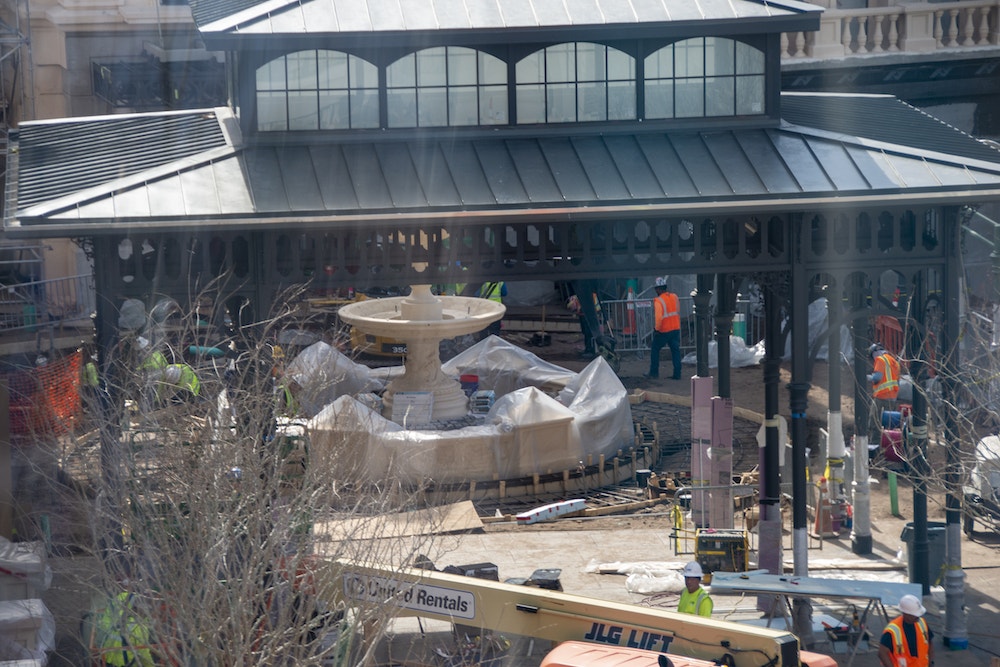 Work around the base of the Ratatiouille fountain continues to move forward. Framing is in place for more paving to occur here. 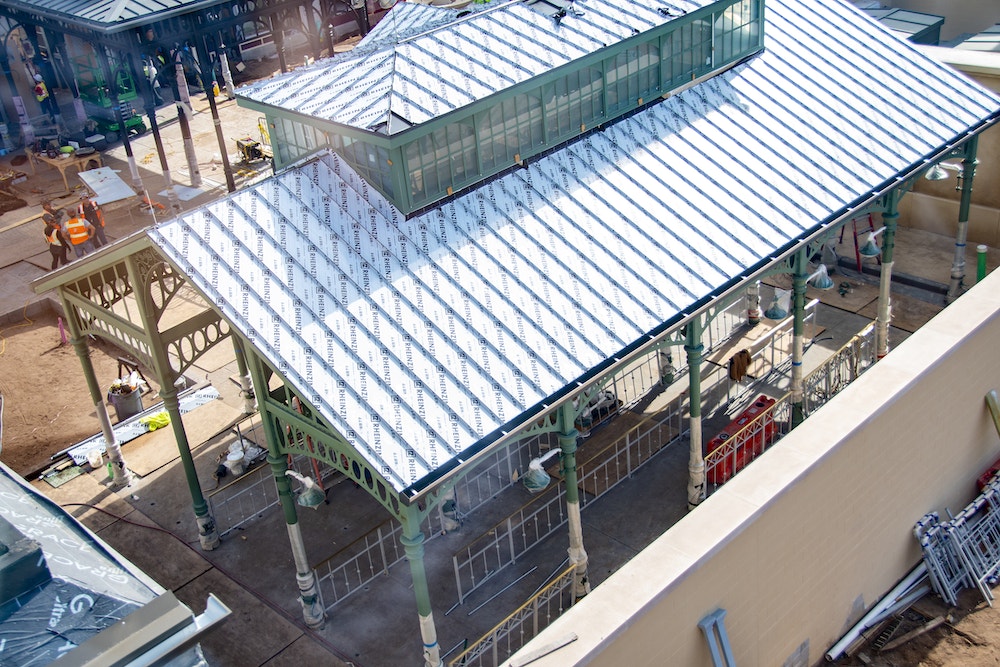 Across from the fountain, the large green A-frame is now receiving its finishing touches. This is now confirmed to house a large section of queue for the ride now that railings have been installed underneath here. 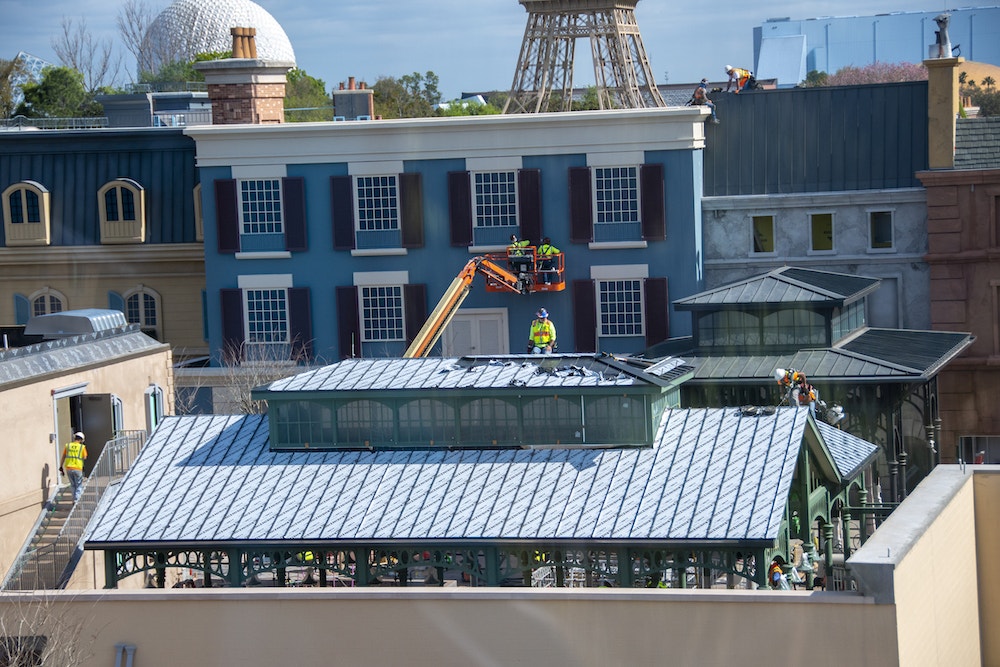 Work on the roof of the queue cover itself continues to move forward. 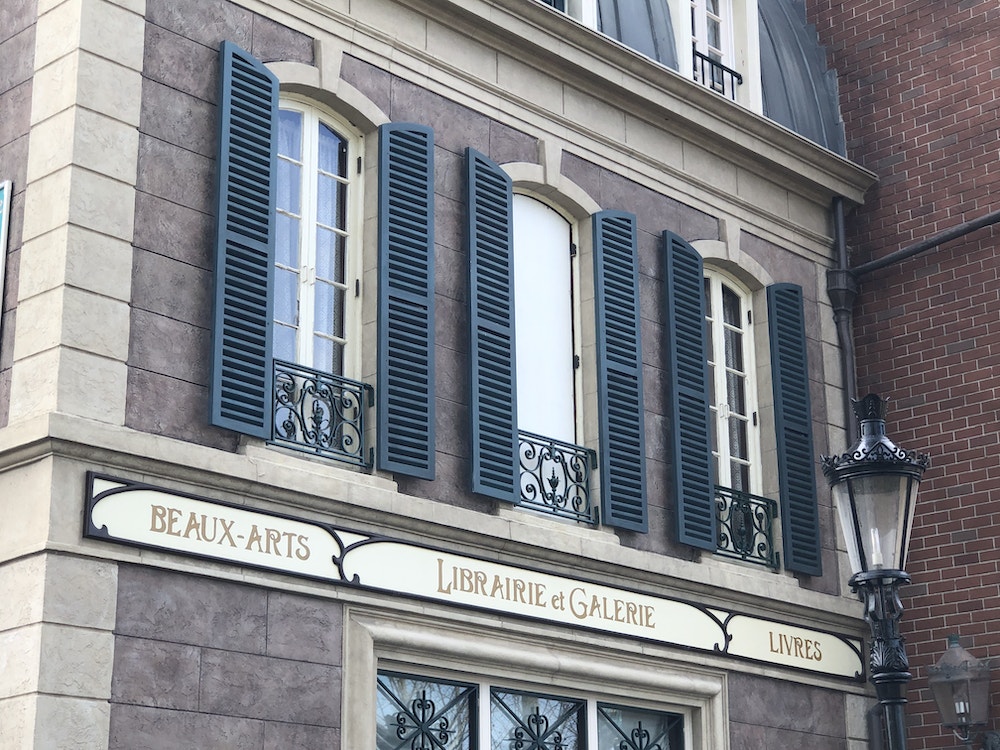 Back inside the open section of France, one entire large window is gone and instead now features a wood panel covering the opening on the second floor of Plume et Palette. 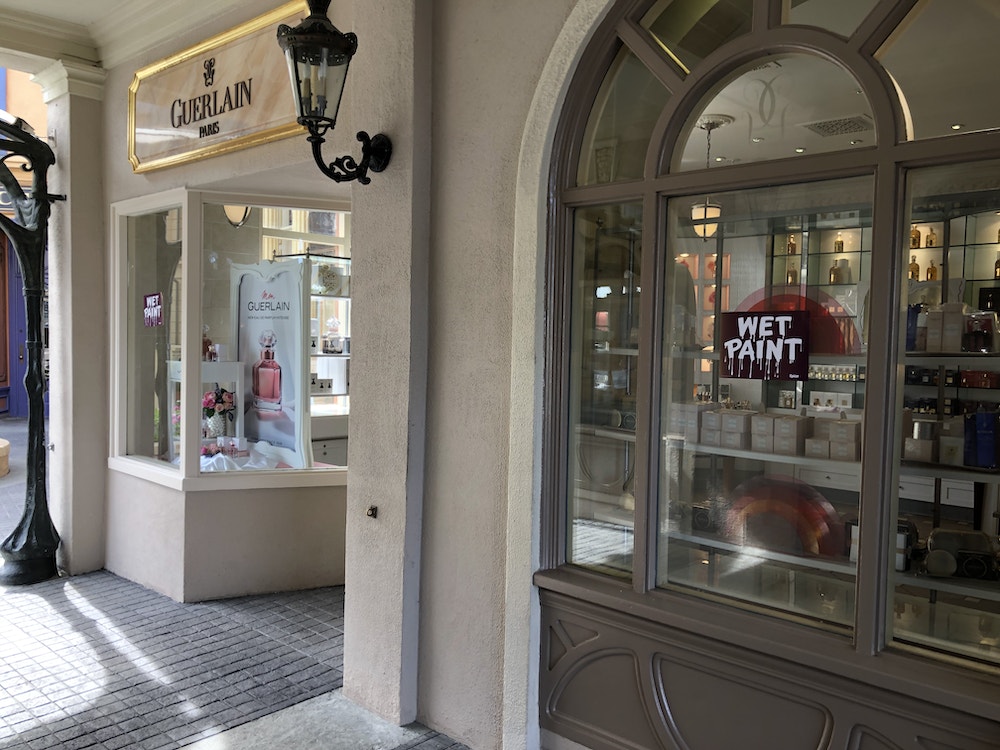 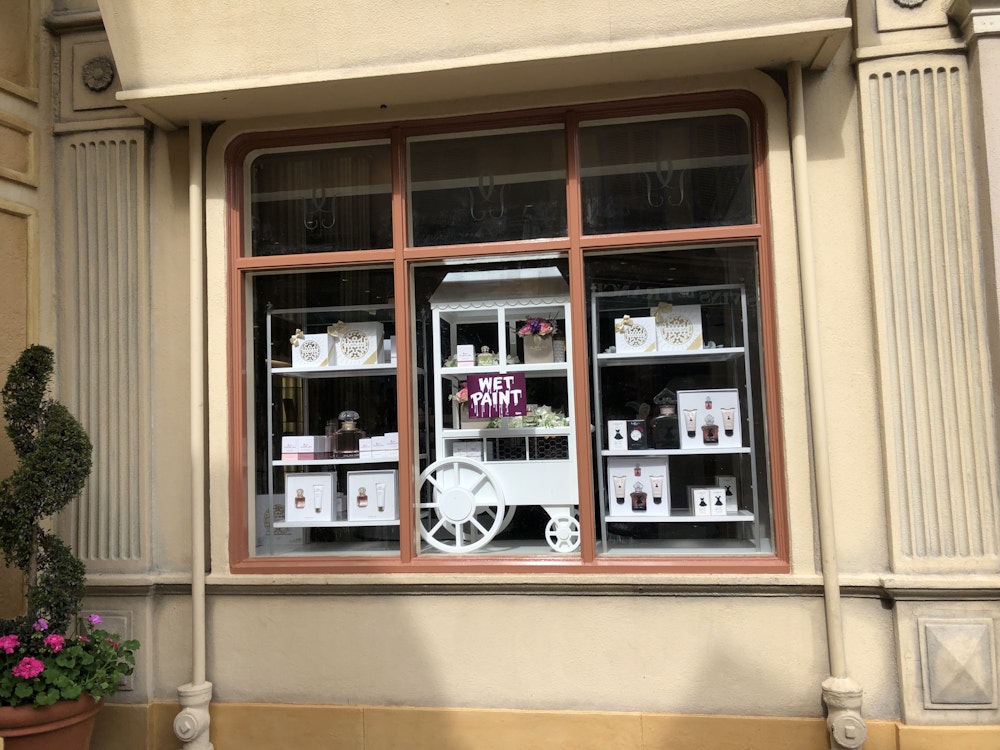 Painting of the window frames outside of La Signature means numerous “wet paint” signs were up around the store’s exterior. 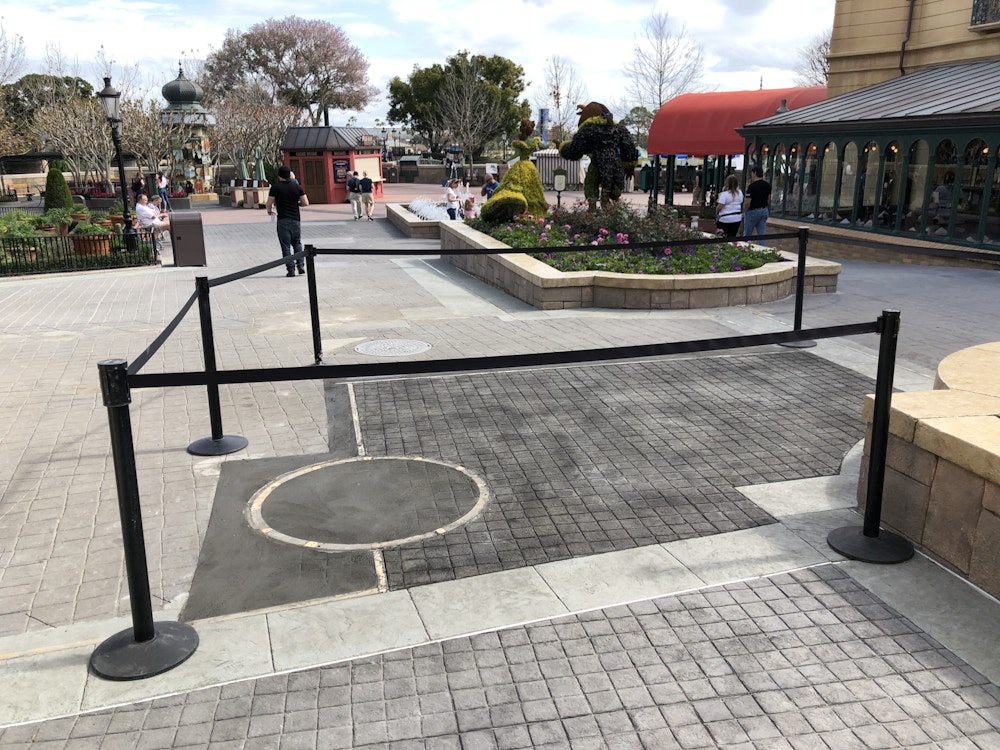 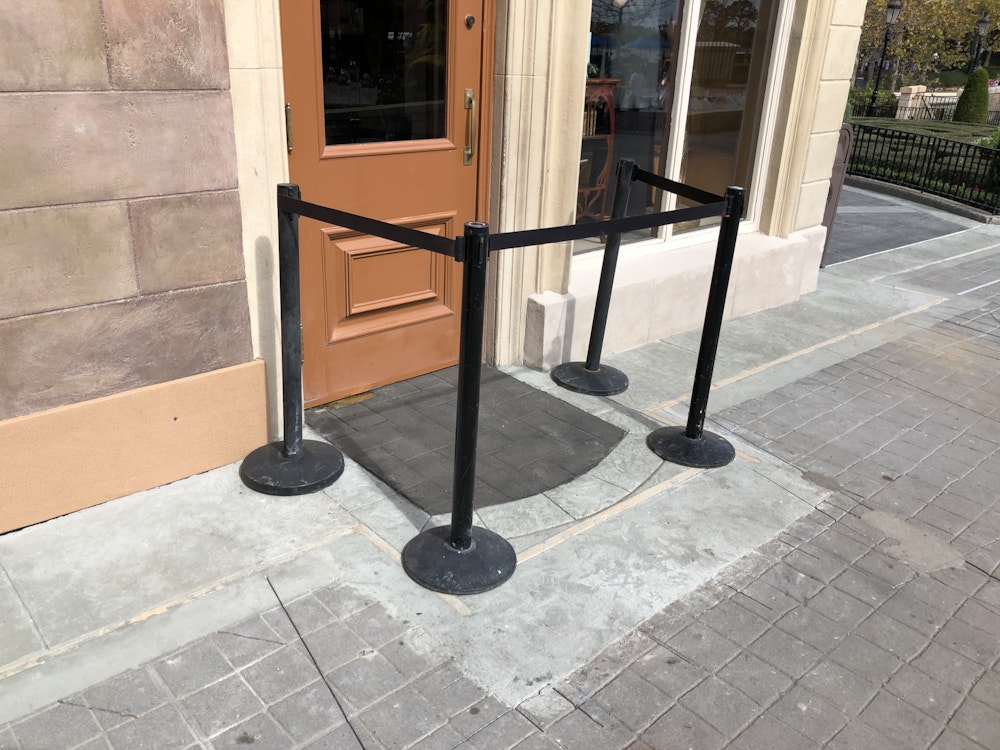 Back outside of Plume et Palette, more cobblestone paving work has been laid down. 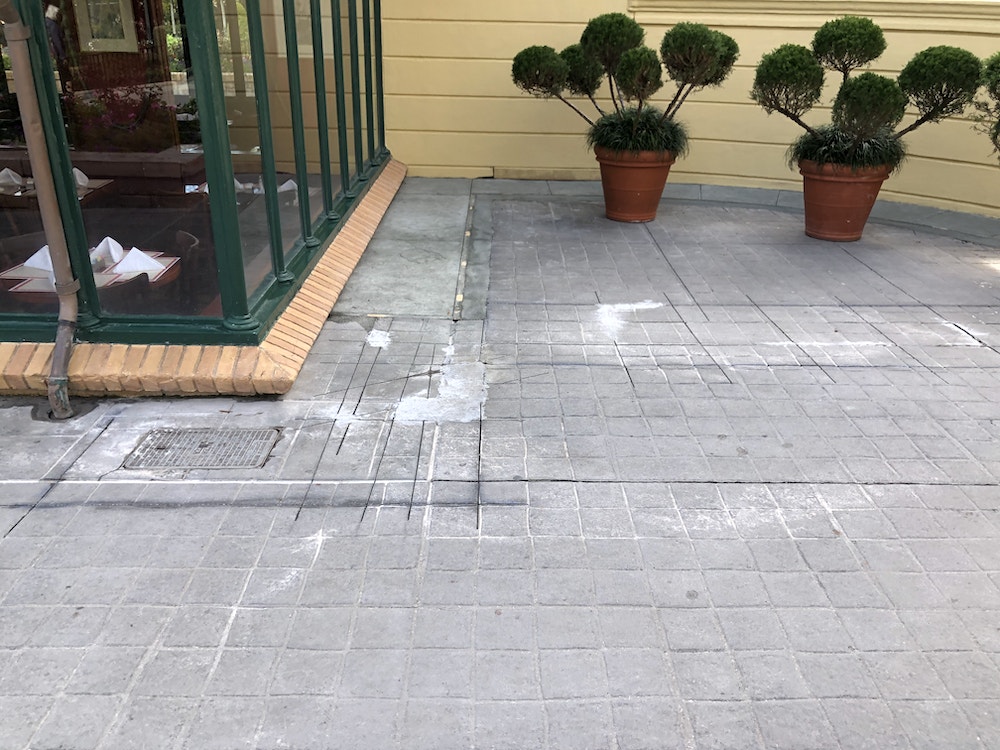 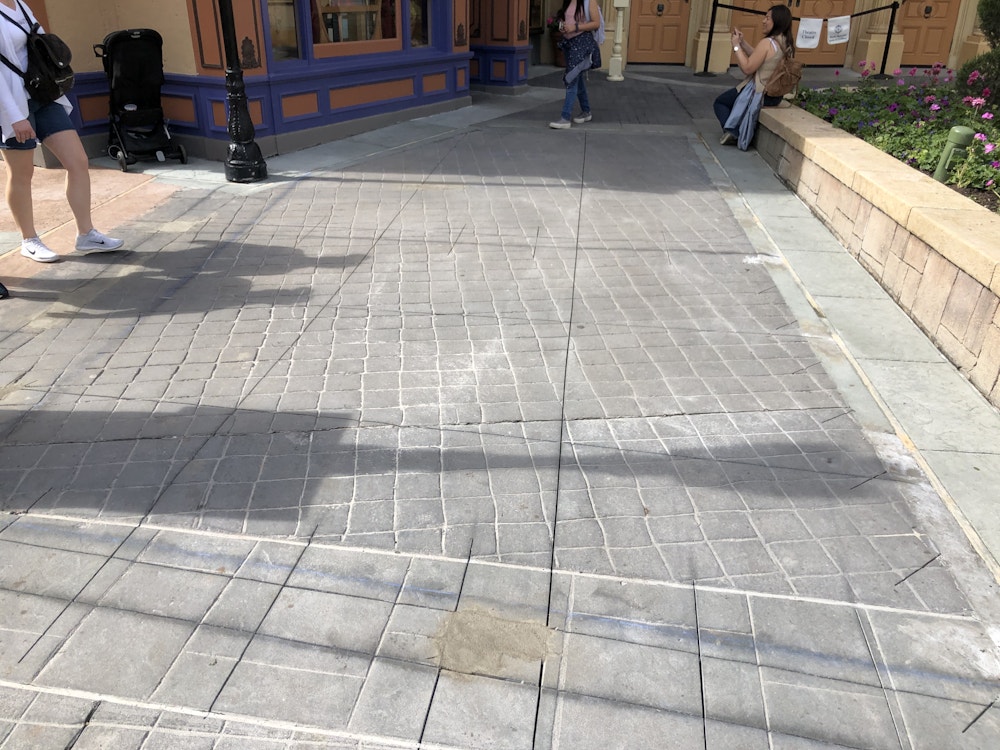 Additional score marks show that large sections of the pavement will be repaved here soon.