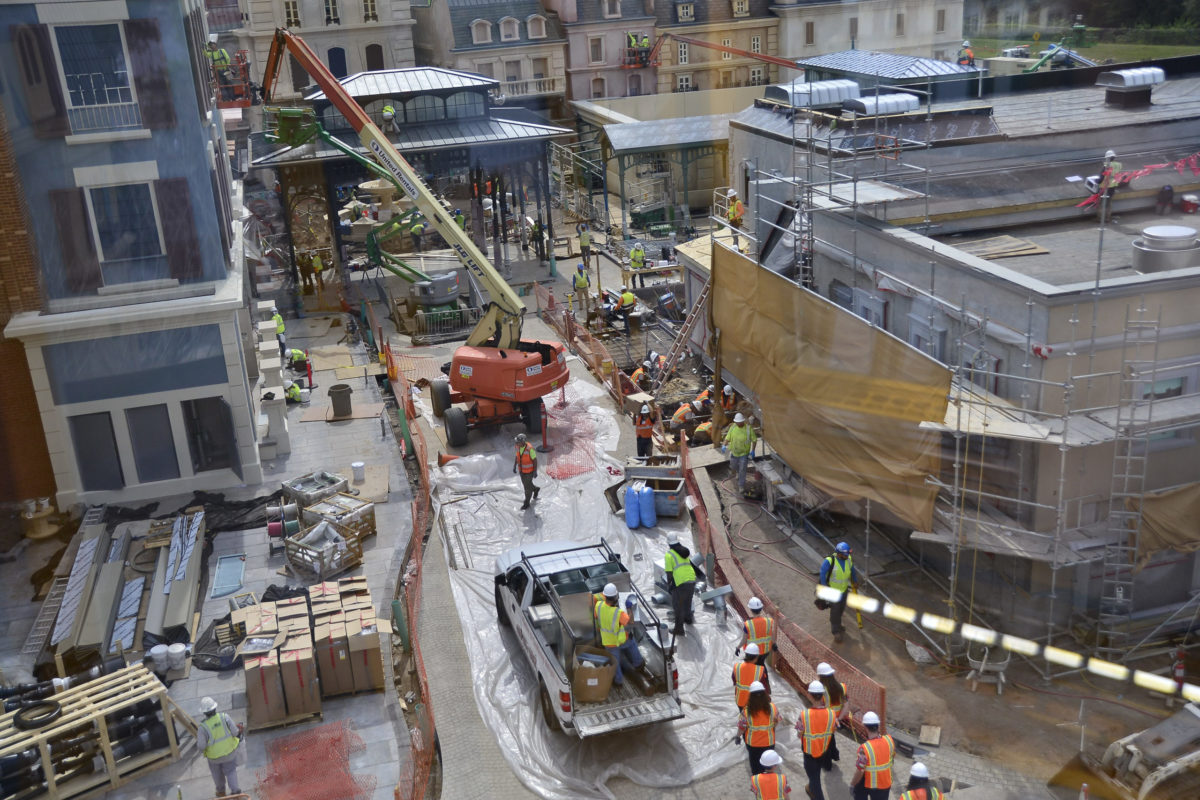 Work inside the France Pavilion’s expansion at EPCOT continues to add new decorative details by the day. Today, we stopped by to see the latest progress. 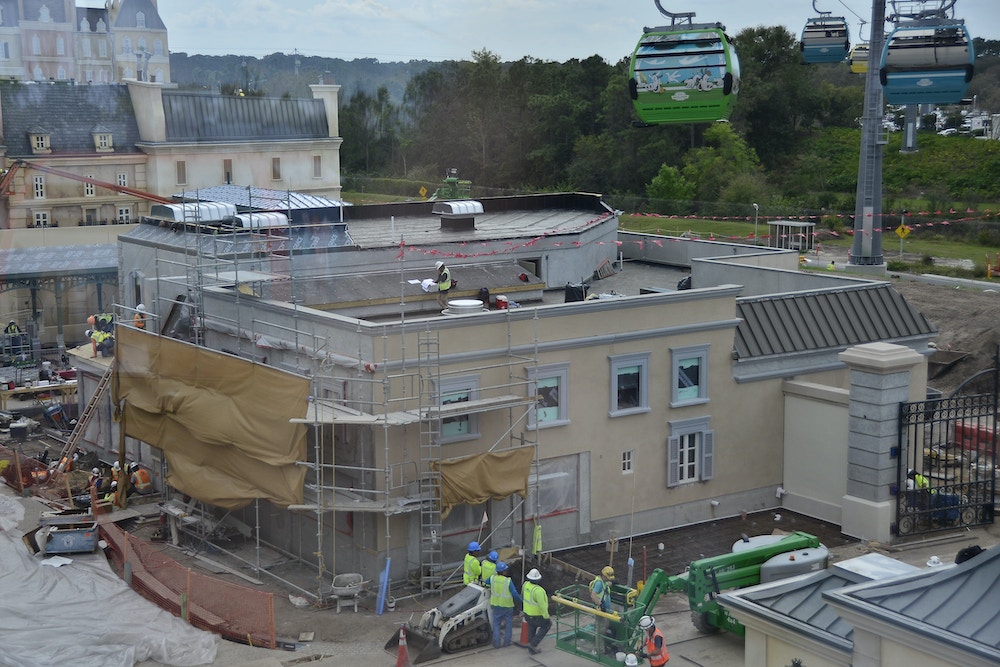 Outside of La Creperie de Paris, scaffolding is coming down to reveal the exterior of the new restaurant. 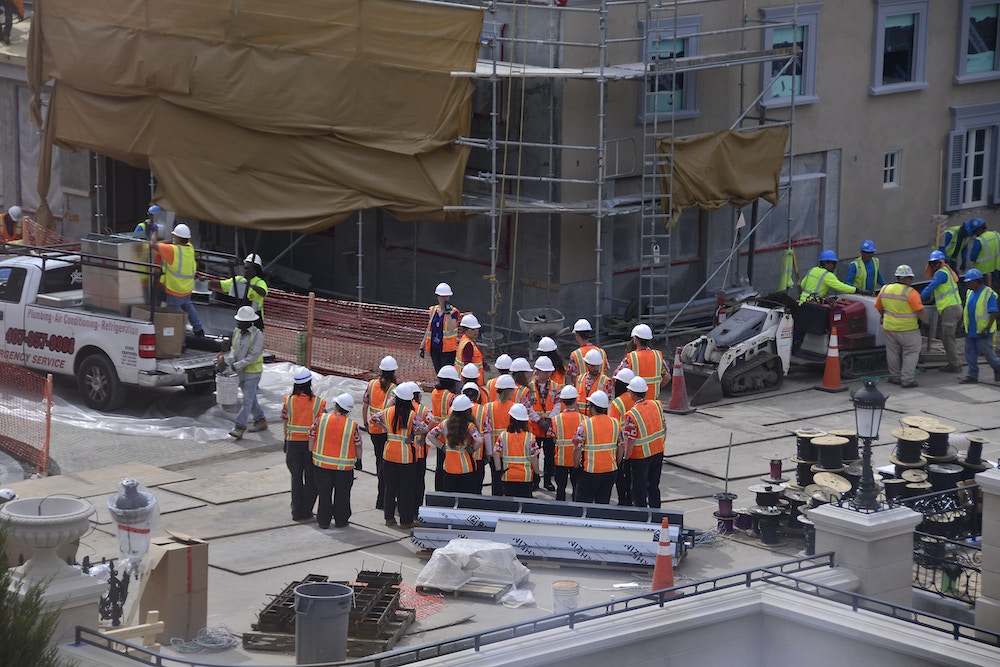 Nearby, cast members were seen on site taking a tour of the expanded land as part of their training. 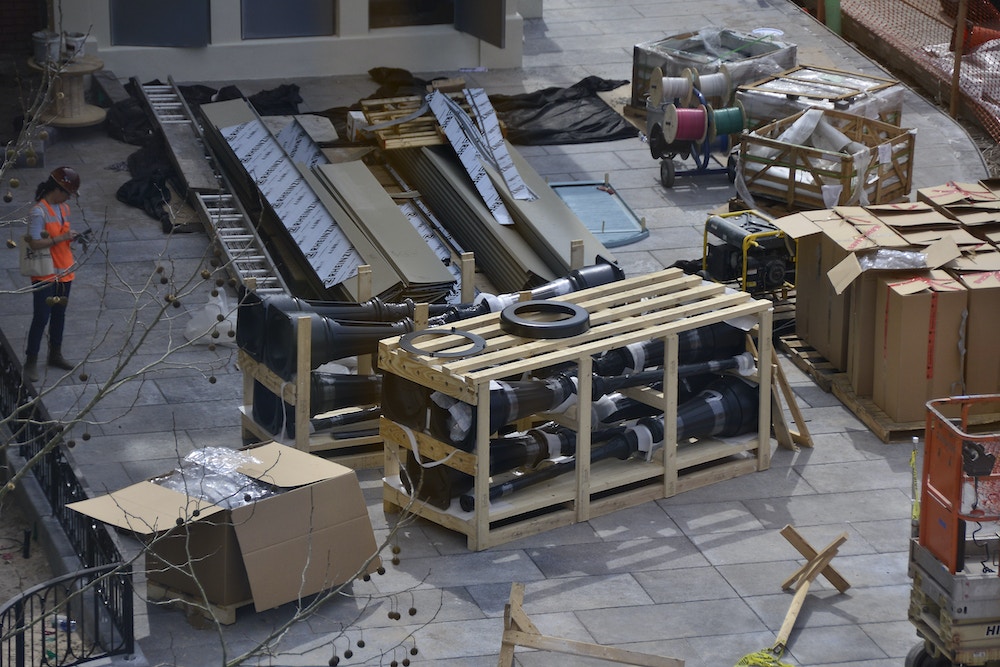 Most notably, shipments of light poles have arrived on site for installation. 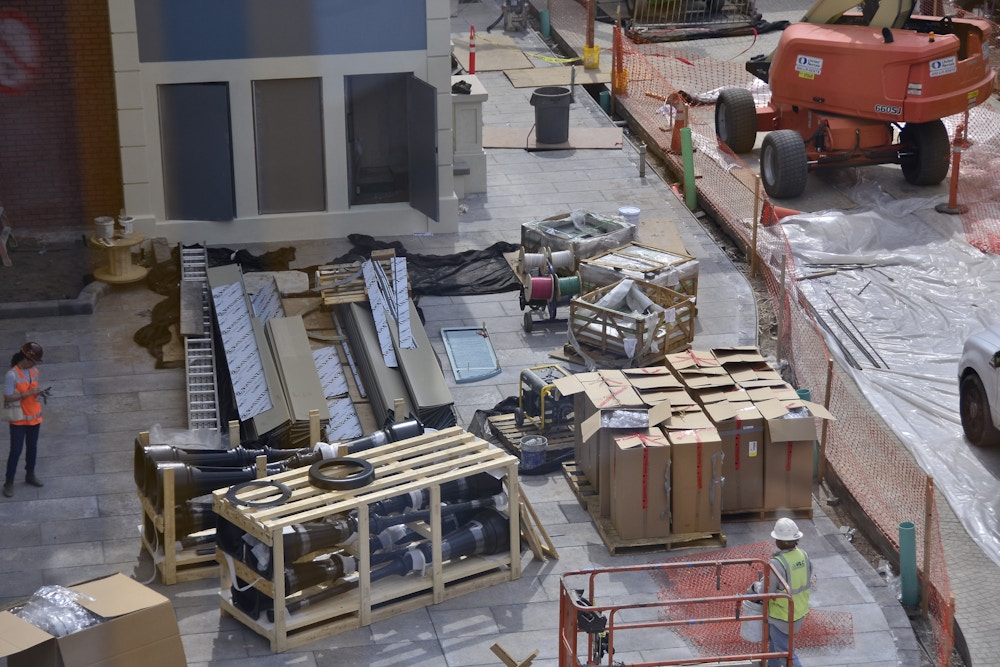 These themed light poles are joined by several other containers of decorative elements and construction equipment. 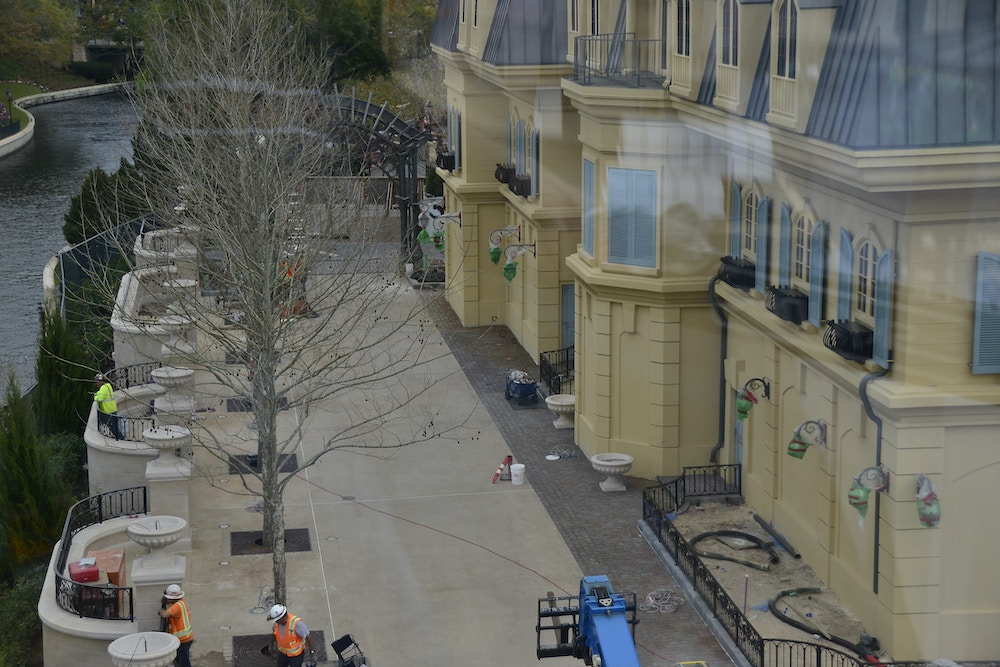 Over towards the entrance to the land, more decorative lights have been added to the exterior of the buildings here. They remain wrapped in protective green plastic. 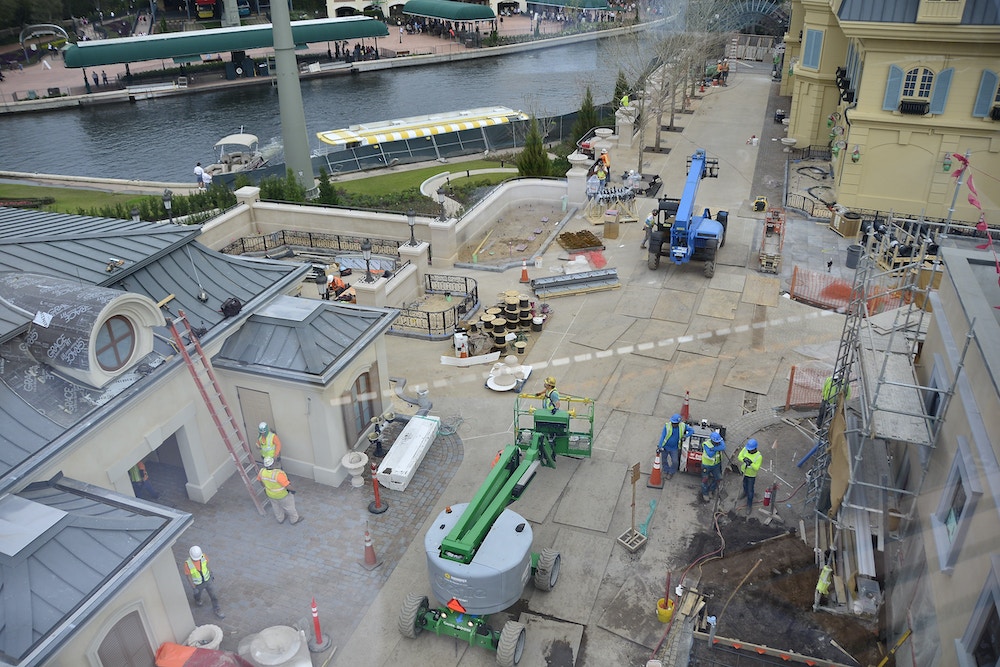 Work on the restrooms looks to be wrapping up as only a few sections of roofing remain before completion. 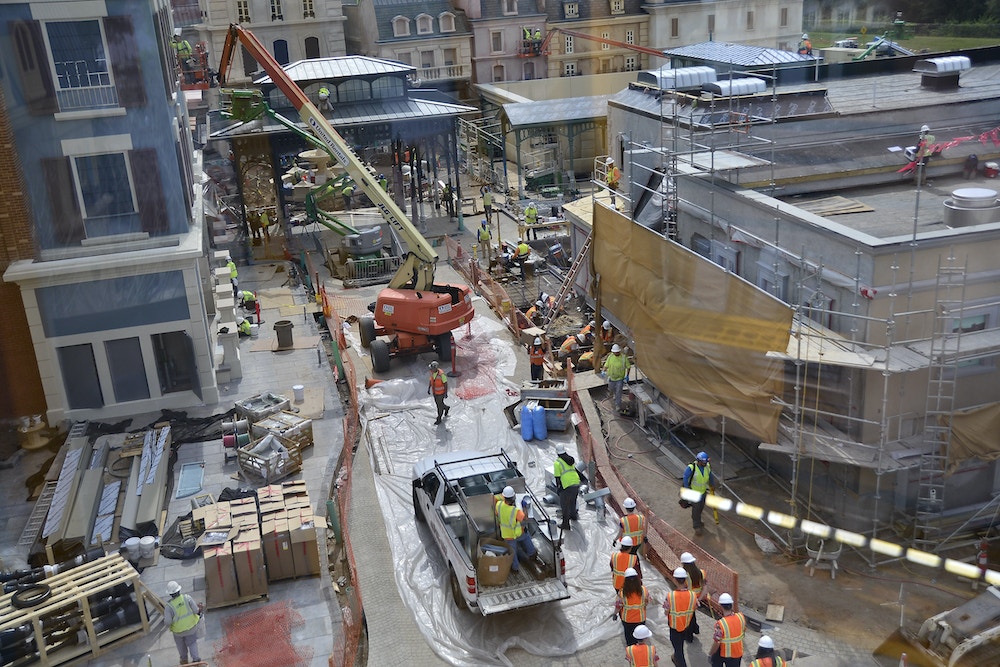 The main walkway was a flurry of activity as well, with crews on-site helping with new pavement in several areas. 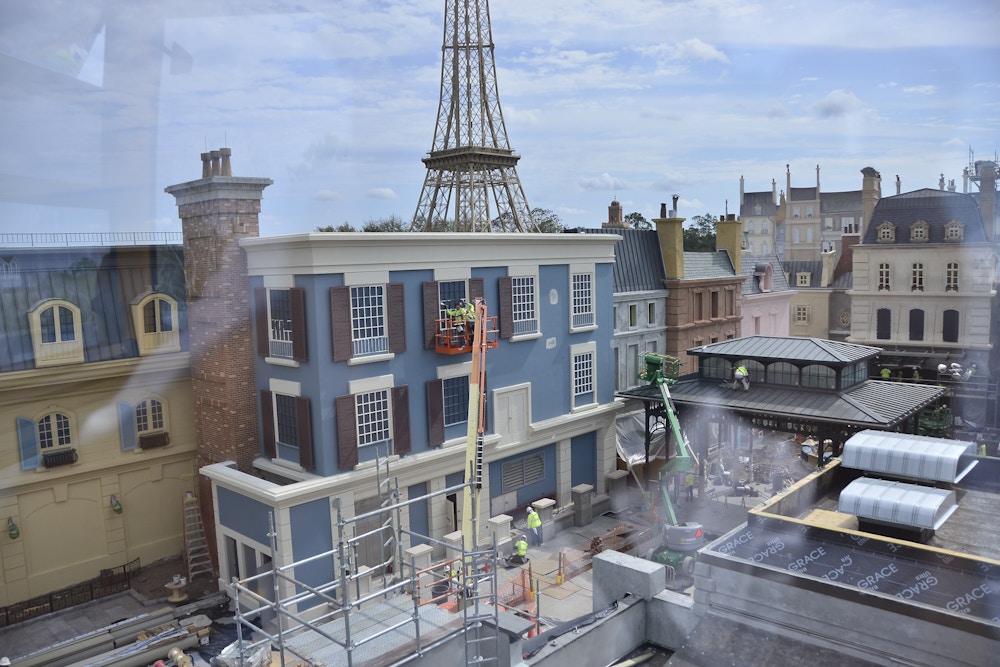 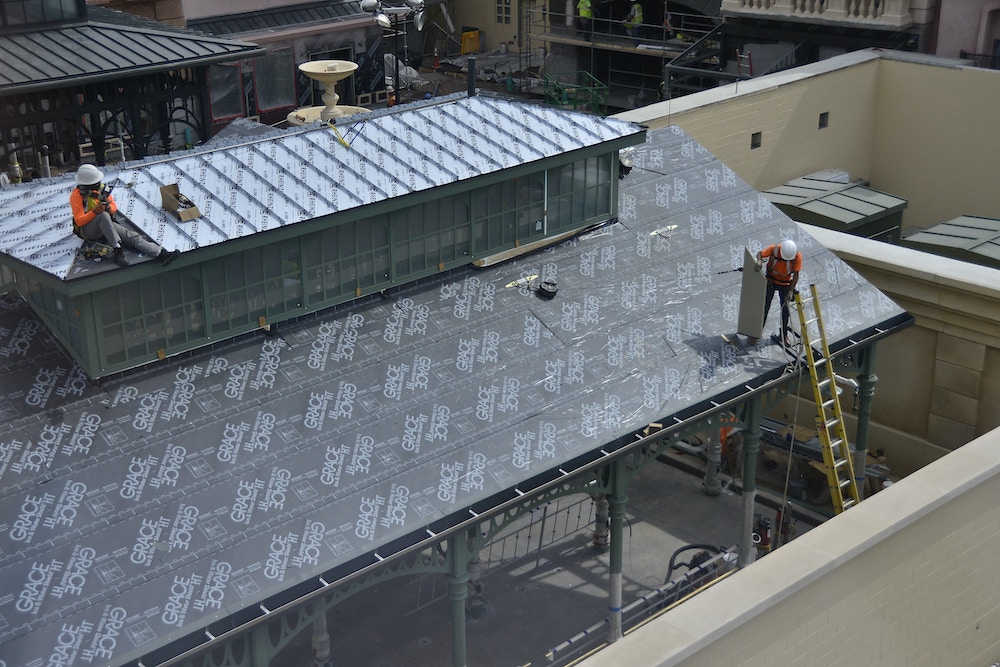 Work on the green awning next to La Creperie de Paris continues as well, with roofing materials being applied by construction workers. Gutters have also been installed around the perimeter of the building here.

Are you excited for the new France Pavilion expansion? Let us know in the comments below.

PHOTOS: Construction Underway in Storybook Circus at the Magic Kingdom